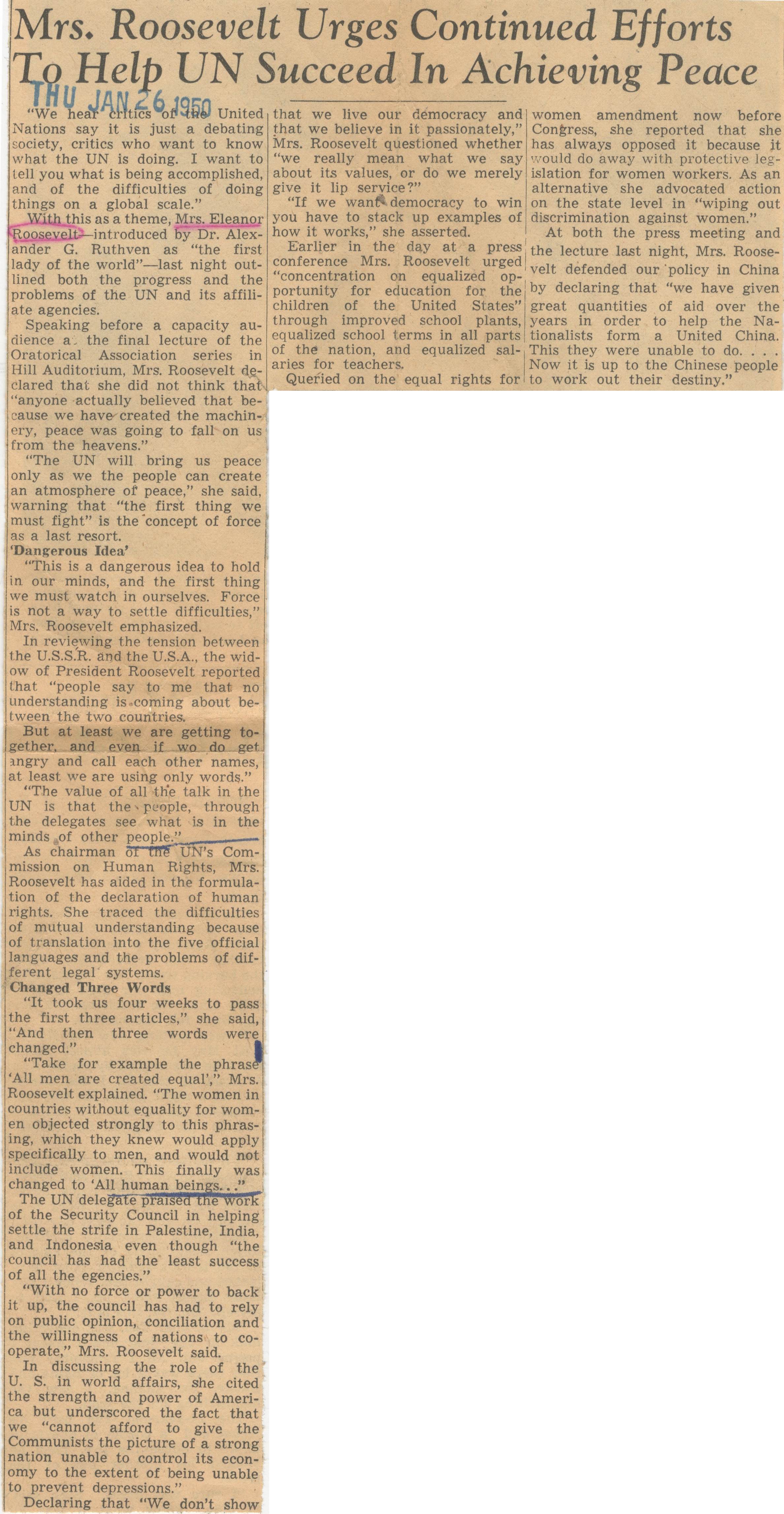 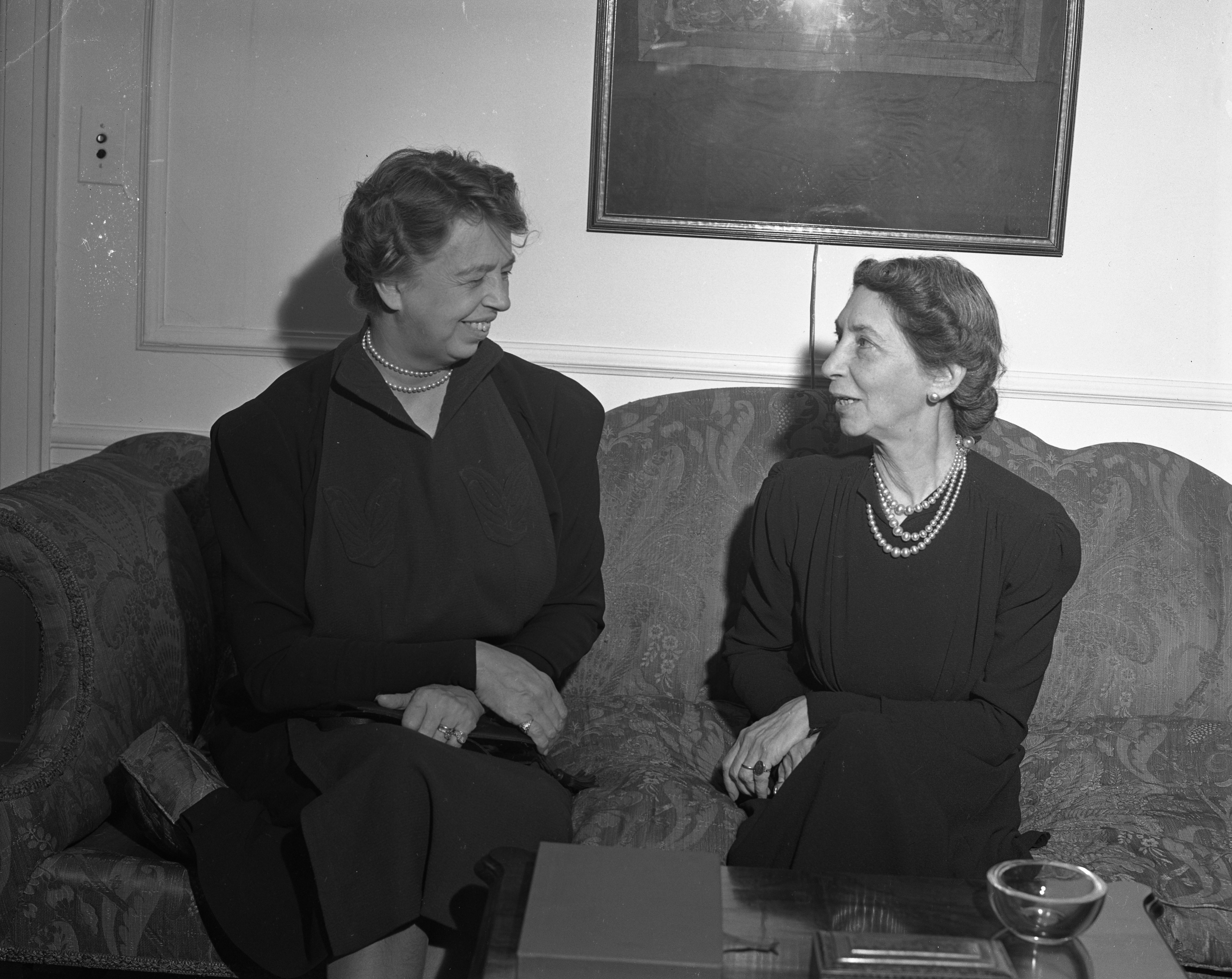 Published In
Ann Arbor News, October 26, 1939
Caption
When Two First Ladies Meet: What Mrs. Franklin D. Roosevelt, first lady of the land, and Mrs. Alexander G. Ruthven, first lady of the University, had to say to each other while chatting together when the above photograph was taken was not reported but their expressions indicate that with womanly proclivity for "breaking the ice" they were absorbed in an animated discussion amusing to both. Mrs. Roosevelt is the guest of the Ruthvens while in Ann Arbor today to deliver a lecture.
Copyright
Copyright Protected 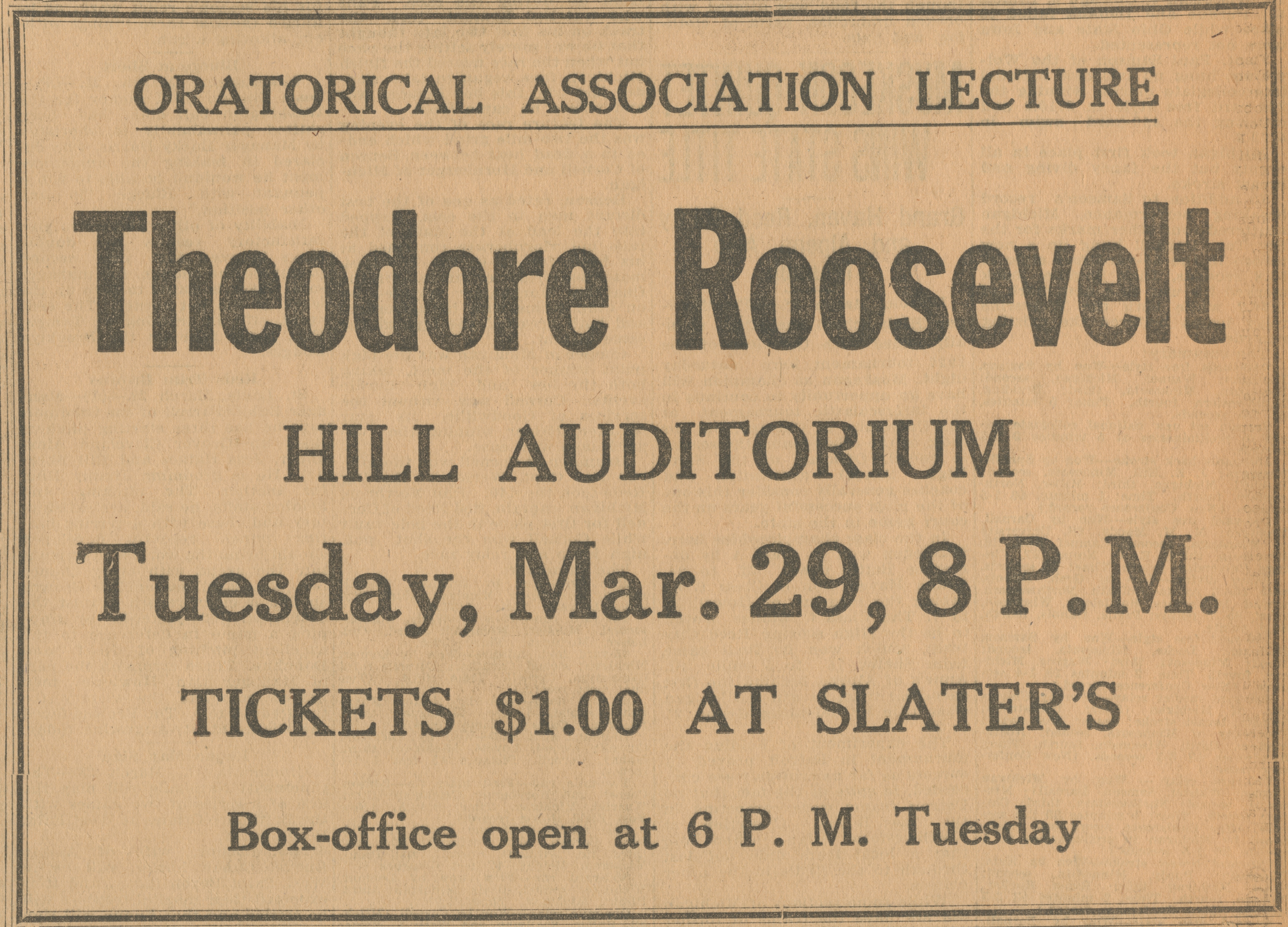