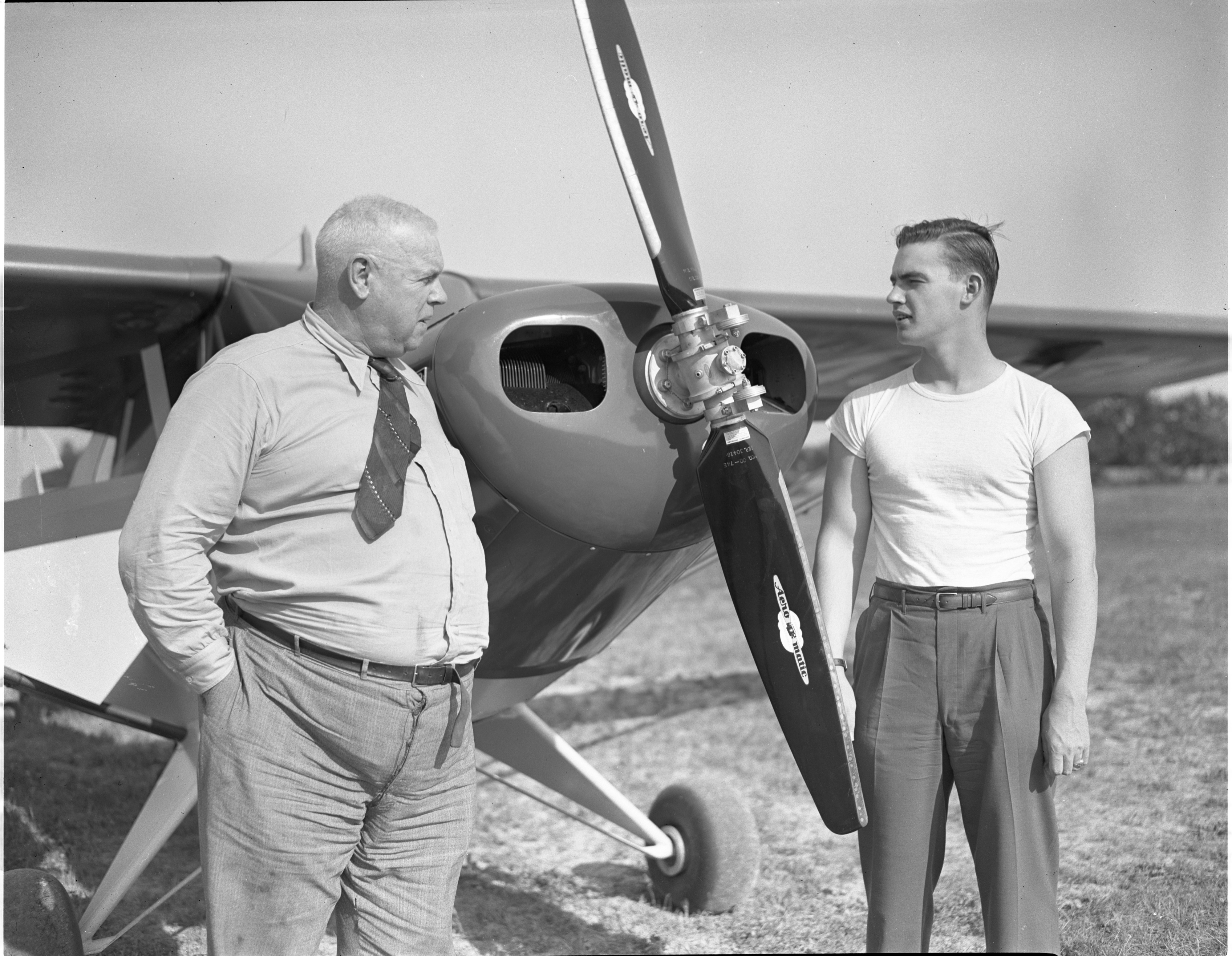 Published In
Ann Arbor News, July 26, 1947
Caption
FATHER, SON TAKE TO AIR: Allen F. Sherzer of 1213 Ferdon Rd. (left) and his son, Jack, 20 form a sizeable contribution to aviation circles in Washtenaw County, where they are one of the few father-and-son flying combinations. The father, a former University of Michigan professor of mechanical engineering, became a licensed pilot last year, and Jack is working now for his private license. The plane, a new Piper Super-Cruiser, is the second owned by Prof. Sherzer since he got his license. The father and son do their flying at the Gridley Airport.
Copyright
Copyright Protected 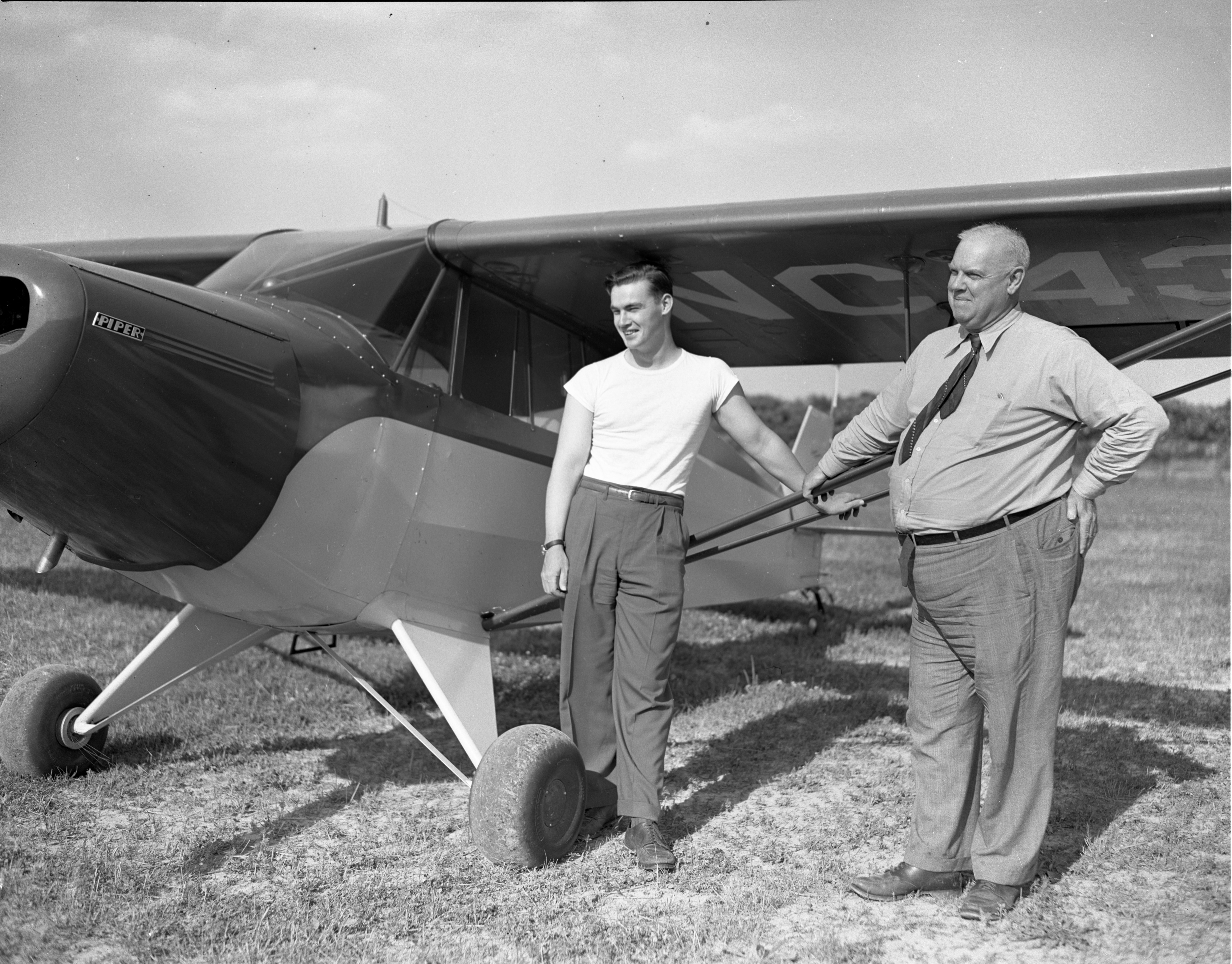 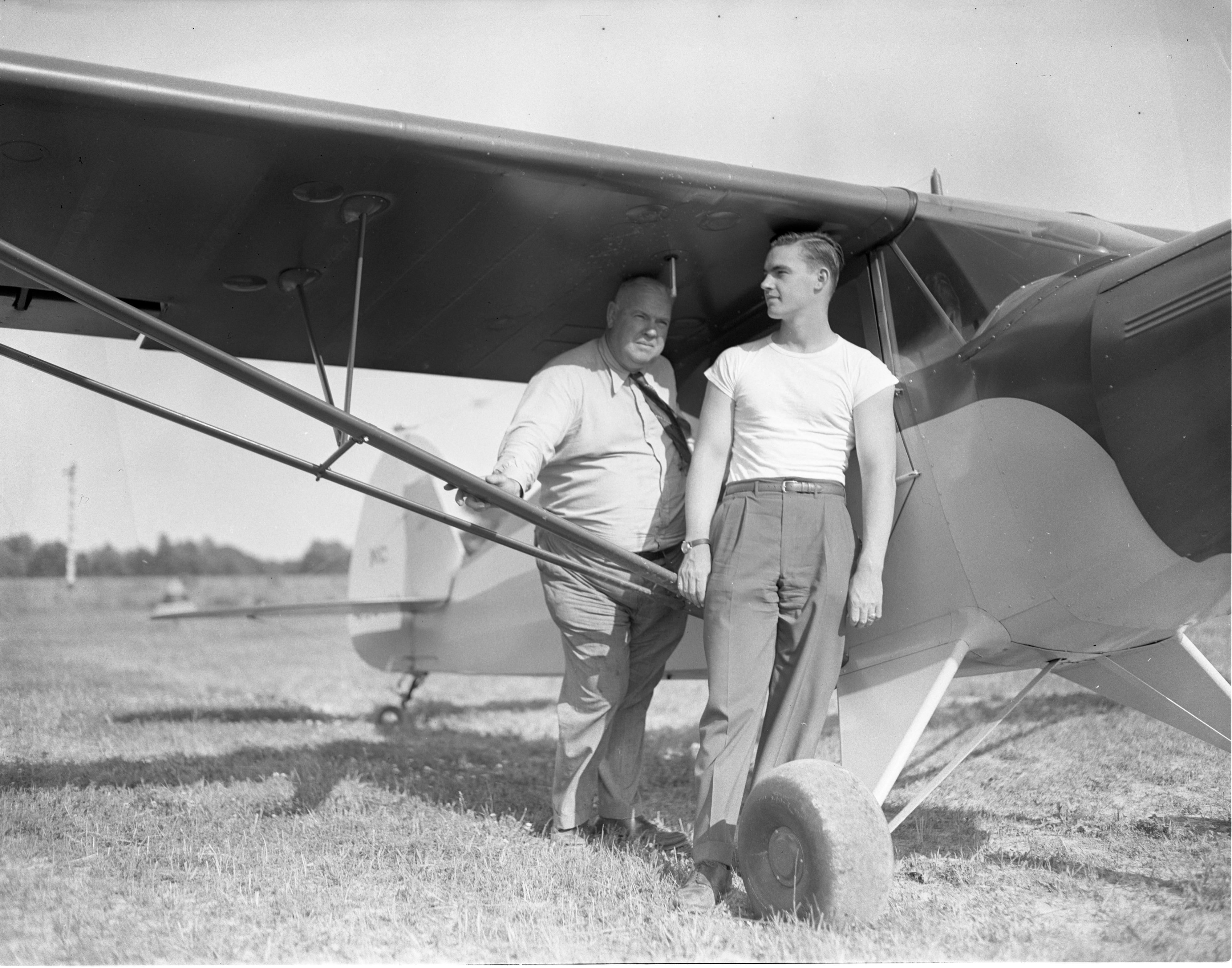 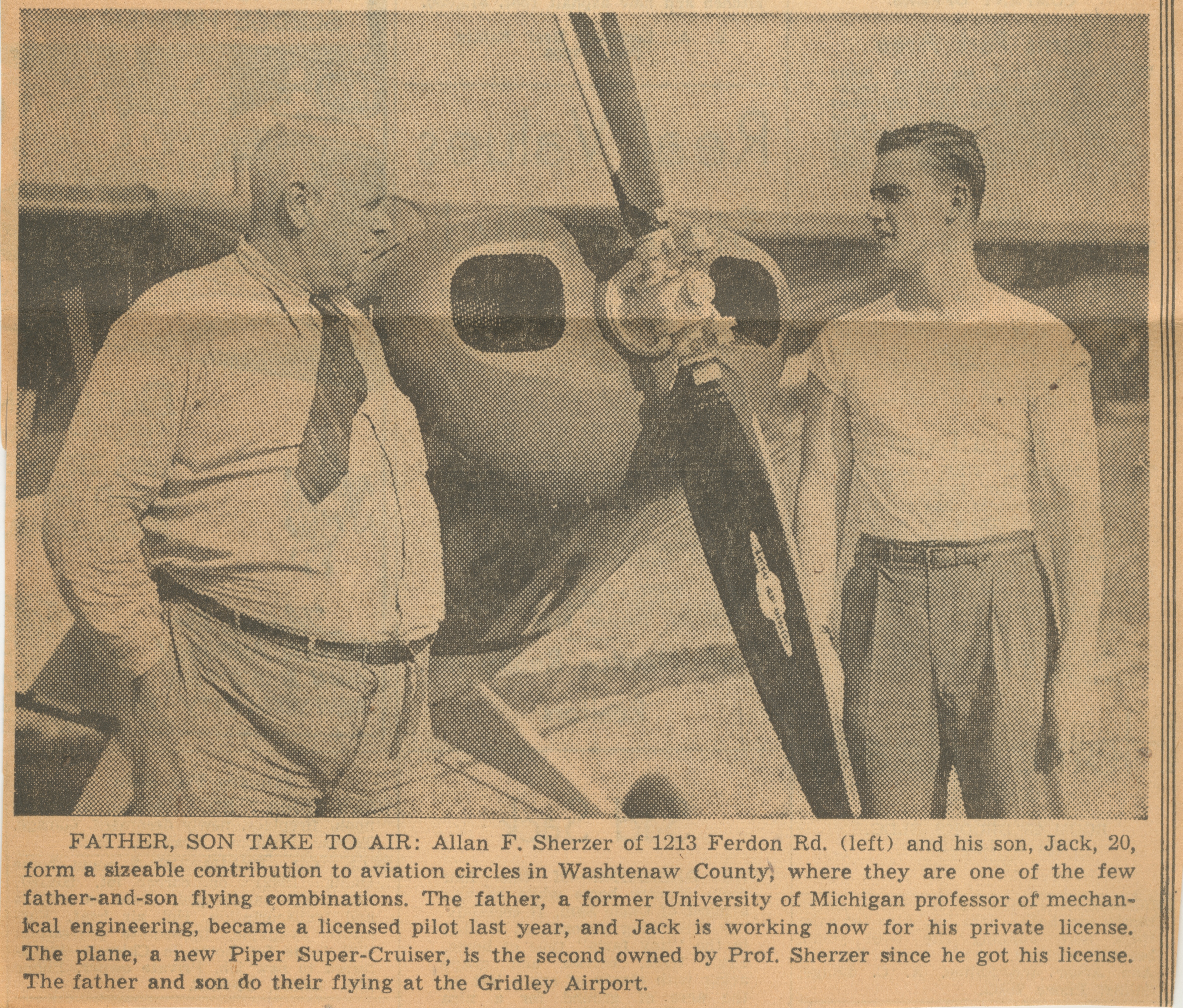 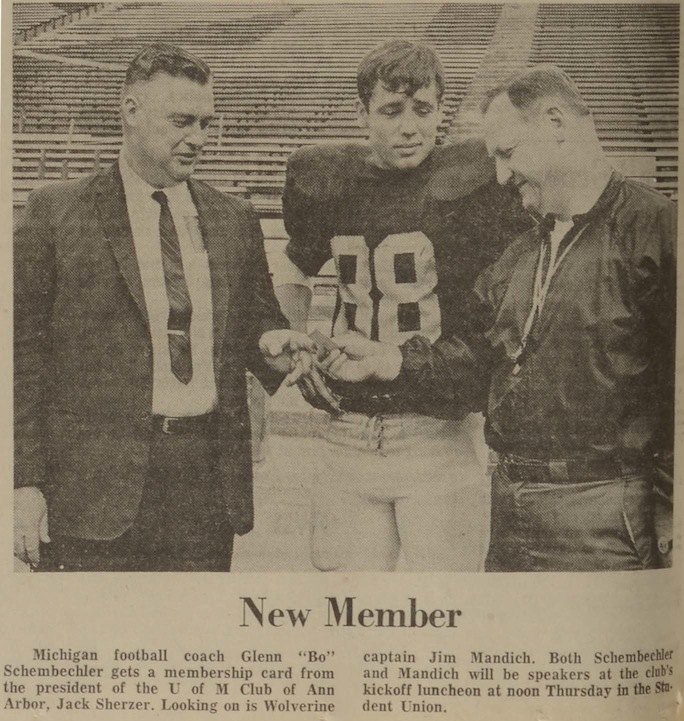