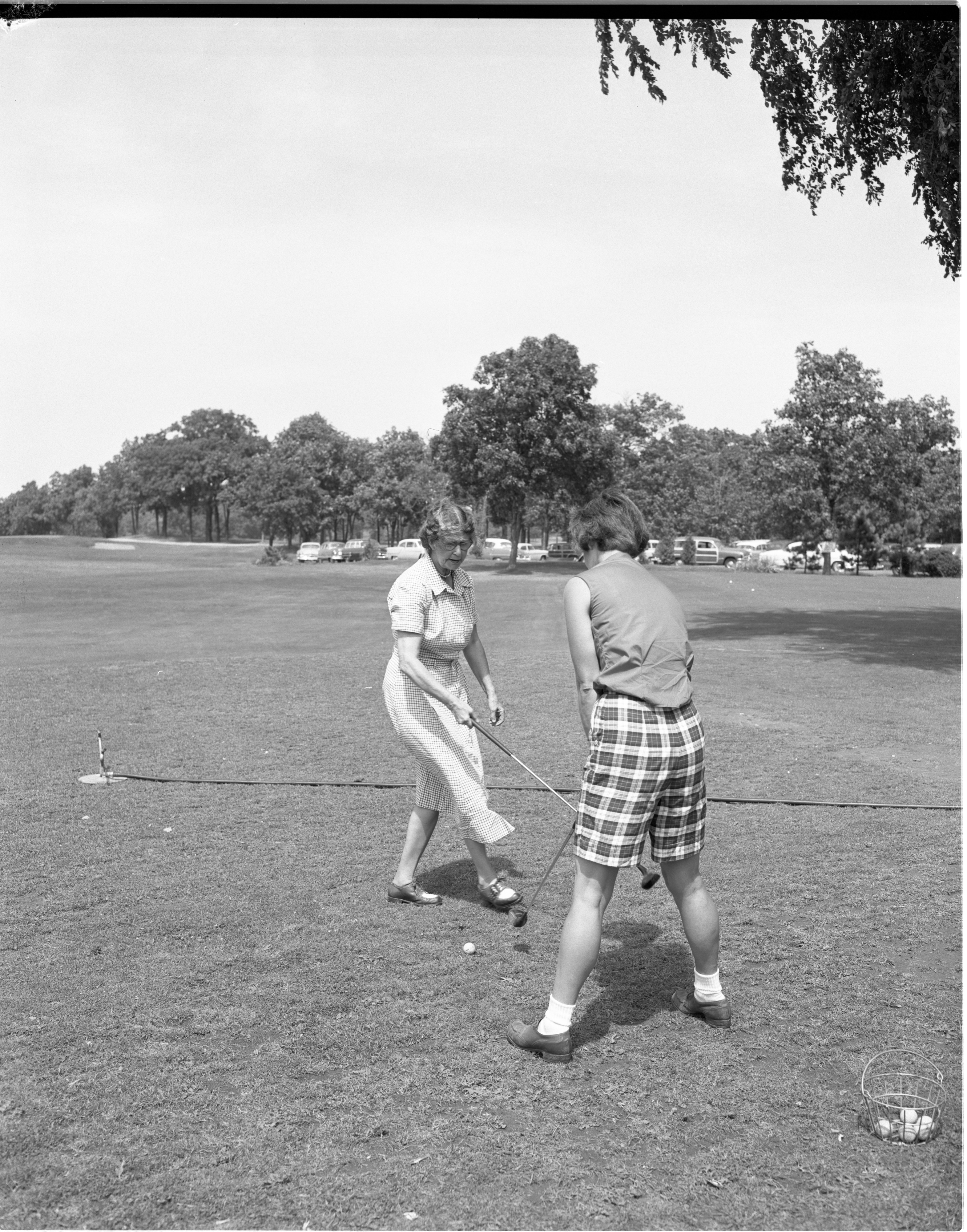 Published In
Ann Arbor News, July 29, 1954
Caption
IMPROMPTU GOLF LESSON: Ann Arbor's first women's city golf champion, Mrs. James H. 'Cile' Cissel, hasn't lost an iota of her interest in the links sport even though she doesn't play much any more. She didn't miss a trick during this week's City Tournament but she did take time off to give her daughter, Mrs. F. H. (Betty) Foglesong (right) a quick lesson on stance and hitting. And Mrs. Cissel, who won her first city crown in 1927 and added others in 1928, 1930, and 1932, proved (when she thought no one was watching) she still can hit them well off the tee.
Copyright
Copyright Protected 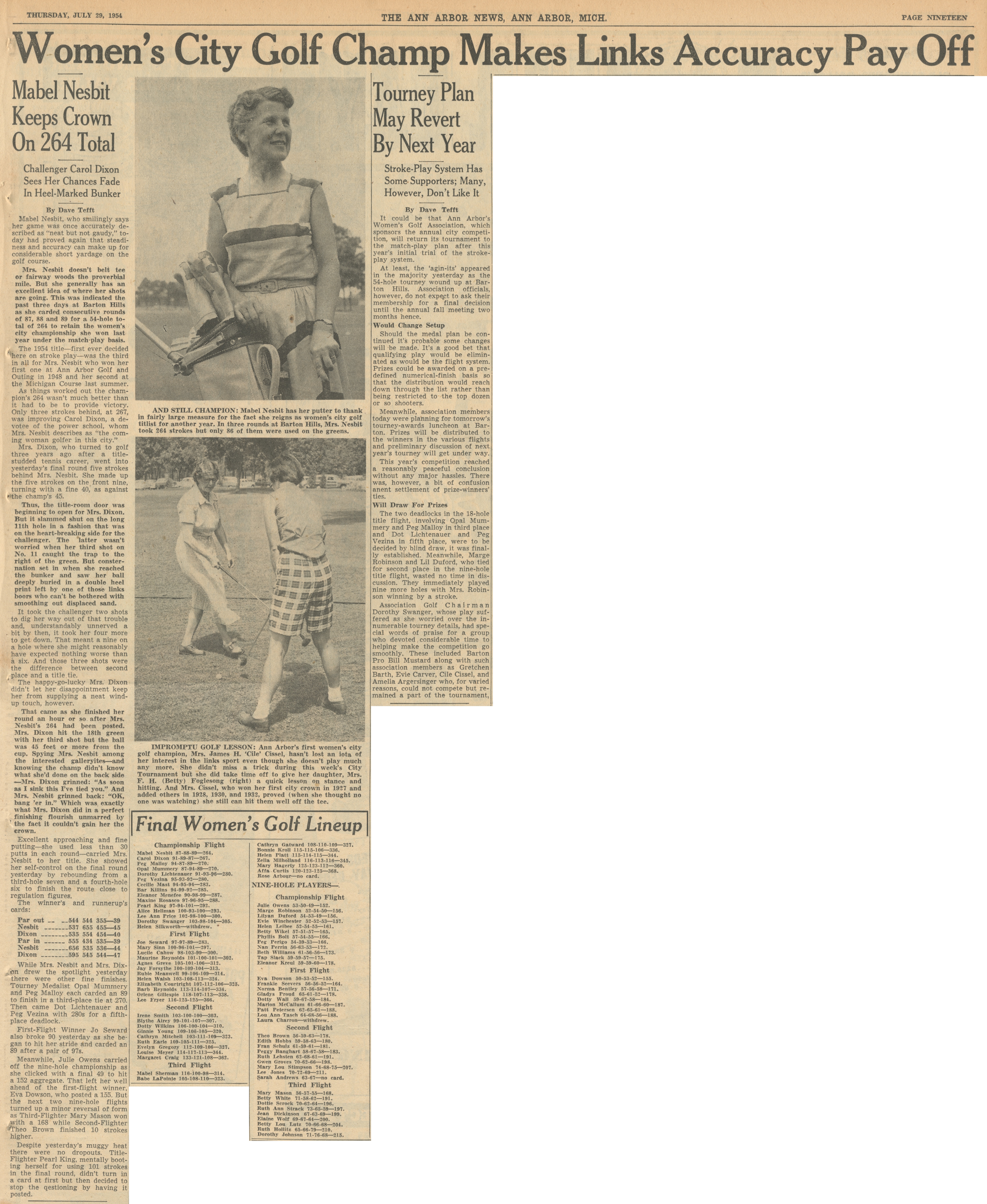