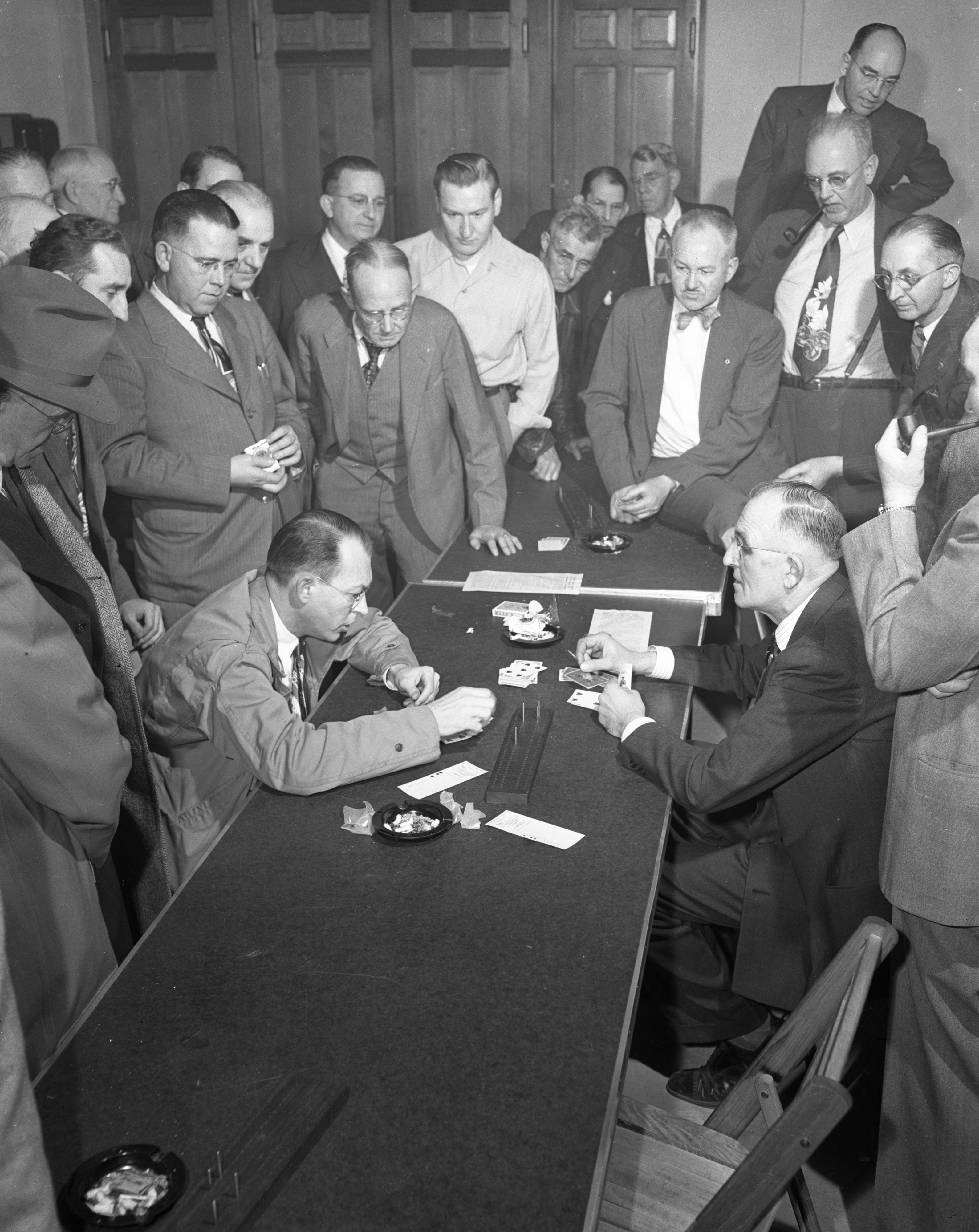 Published In
Ann Arbor News, February 22, 1949
Caption
Even the kibitzers are intent as they watch this second-round match during last night's City Cribbage tournament play at the American Legion home. Vic Shewman, seated at left, is just about to put the whammy on VFW Champion Ernest Kranich in a second-round match that went the full seven games. At the start of this hand, Shewman needed five holes to win but had to peg them since Kranich had first count. Shewman pegged three and is here shown just about to play the six-spot for a two-point 31-count that won him the game and eliminated Kranich. The kibitzer at the top right with the painted necktie is Rollie Slittler, 1948 city champion who lost out in the second round last night. (Story on page 15).
Copyright
Copyright Protected 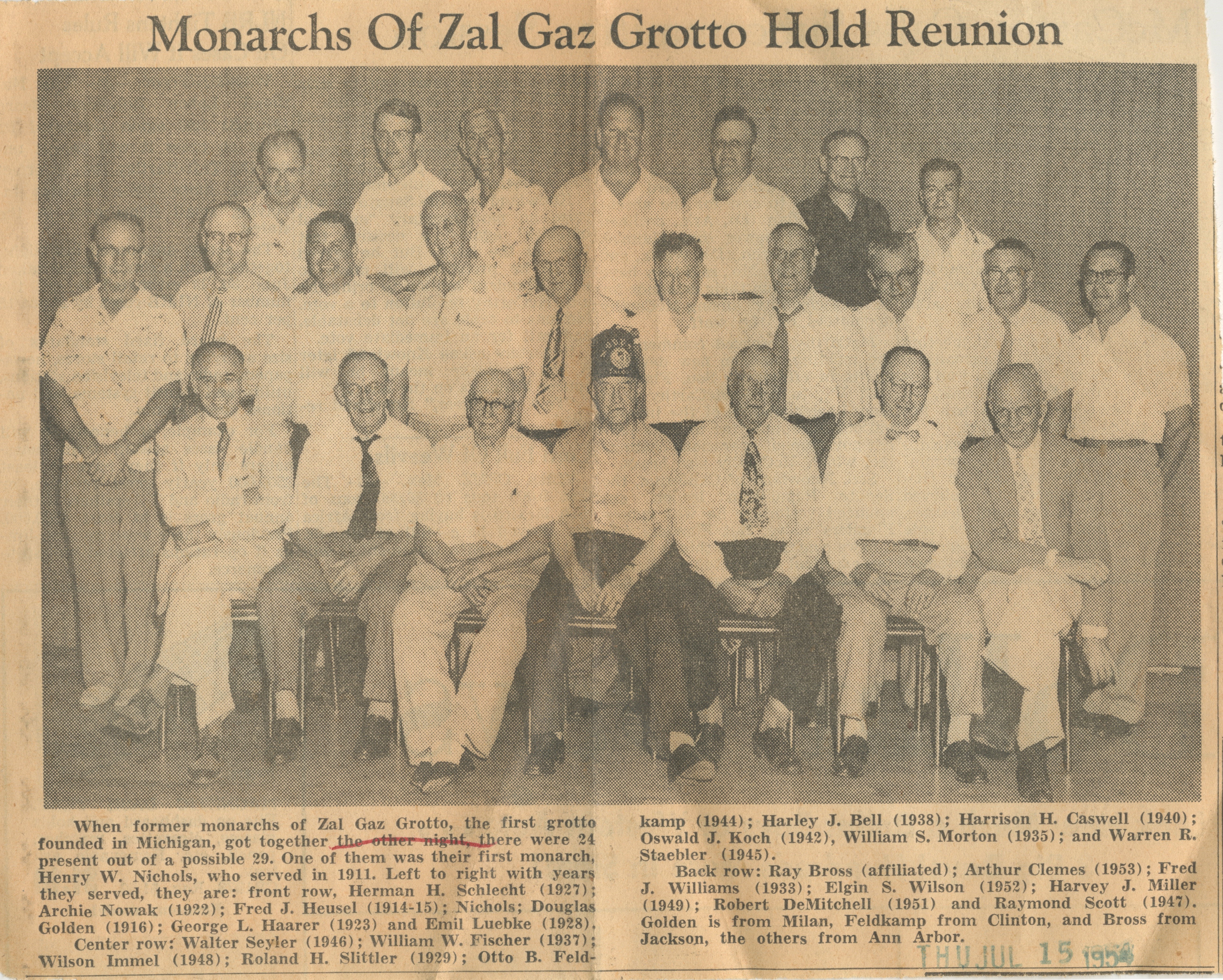