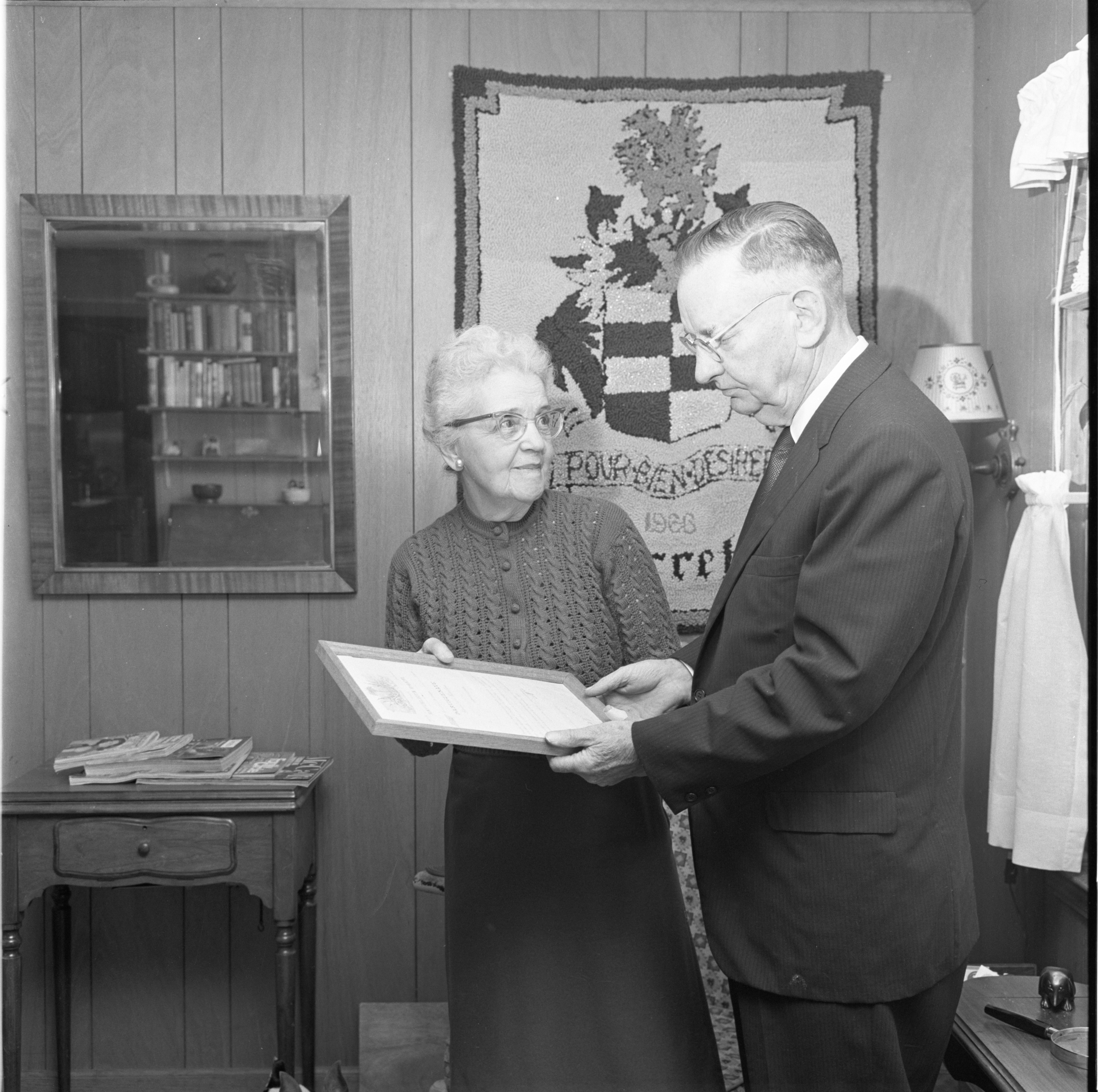 Published In
Ann Arbor News, November 10, 1967
Caption
Mrs. Joseph E. Barrett and her husband revive 1918 memories as they look over framed commission papers Mrs. Barrett received then as sub-directress of a nurses training school for Haitian women. She served as a Navy nurse in Haiti during World War I while her husband served in an Army artillery unit at Camp Custer.
Copyright
Copyright Protected 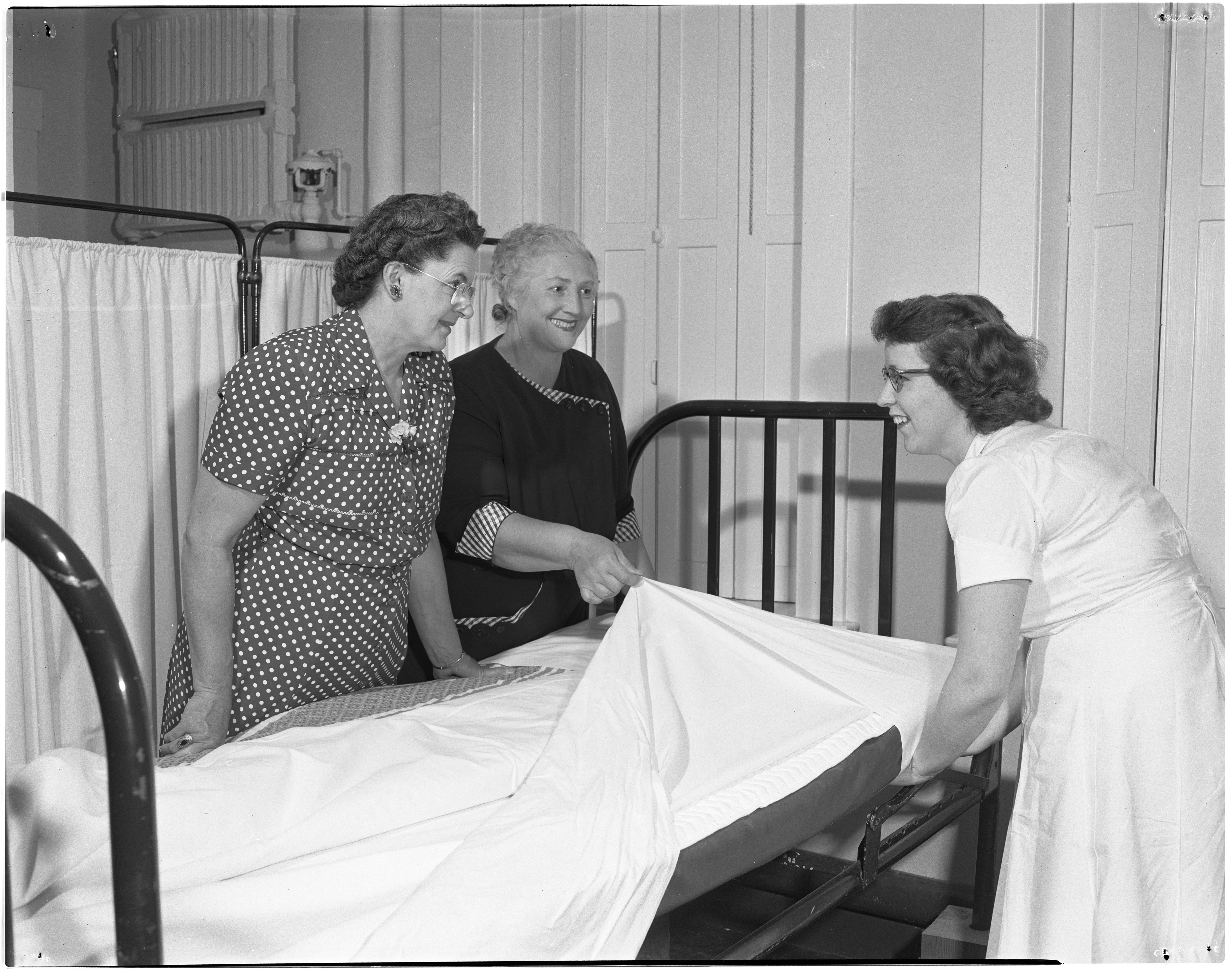 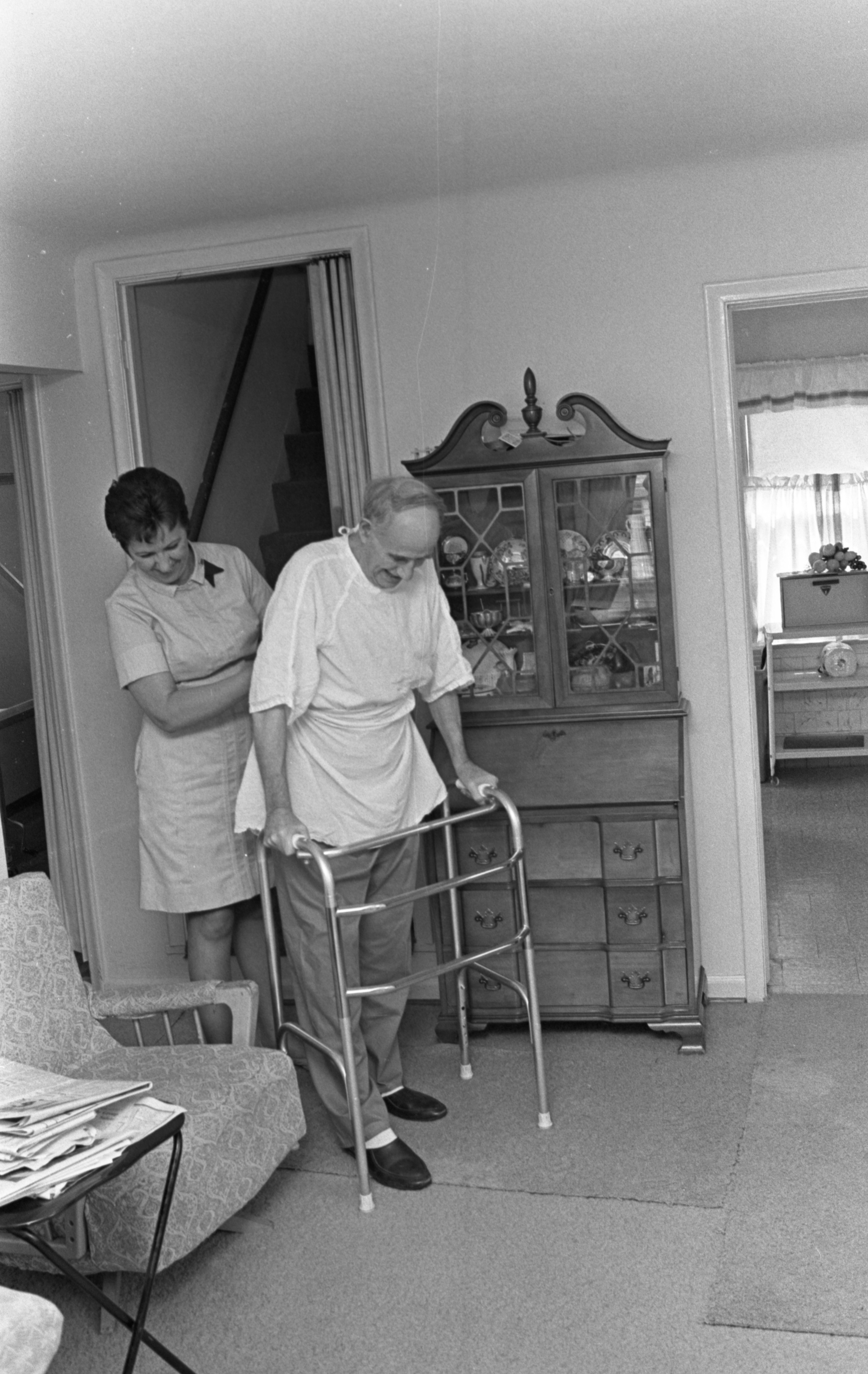 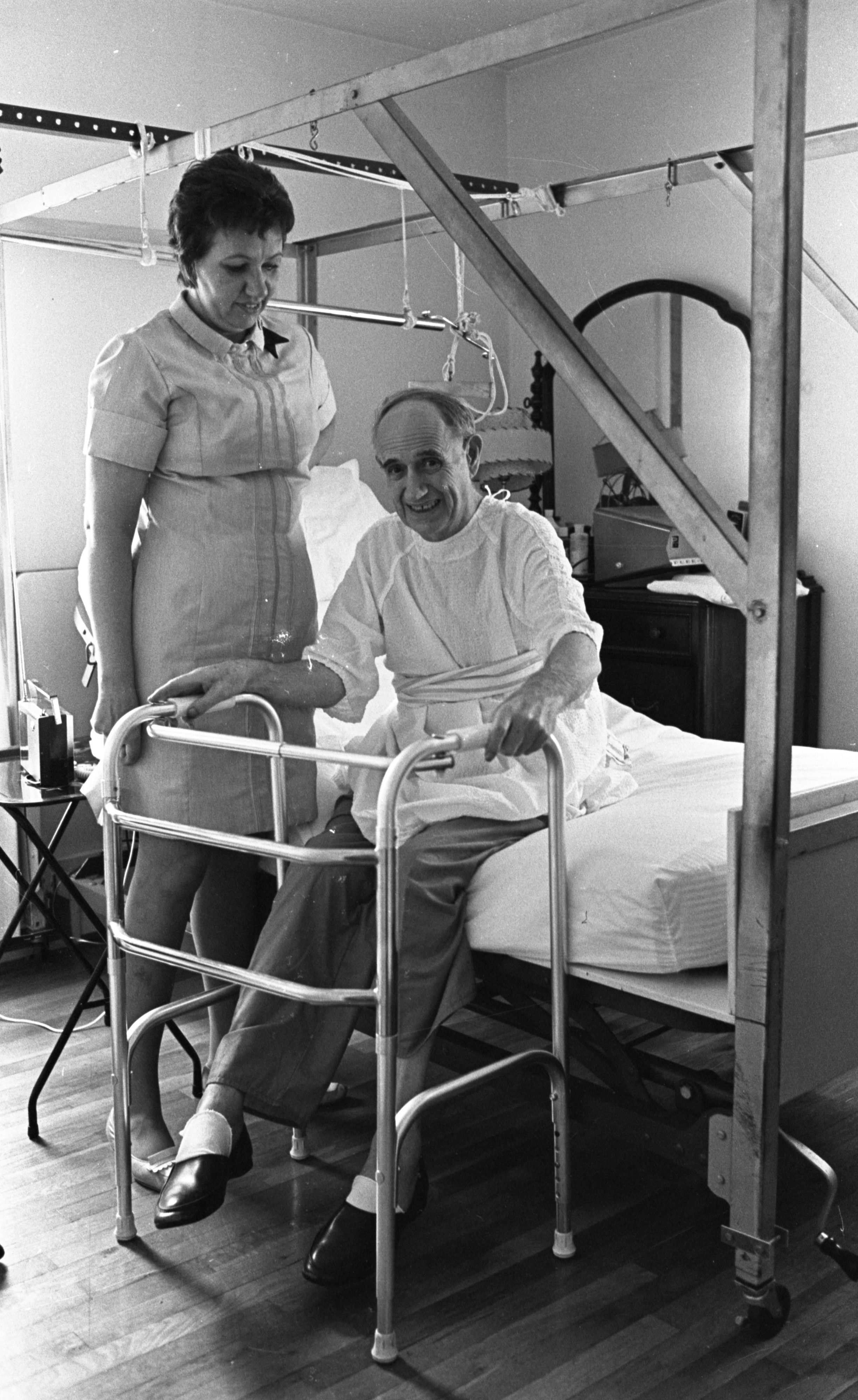 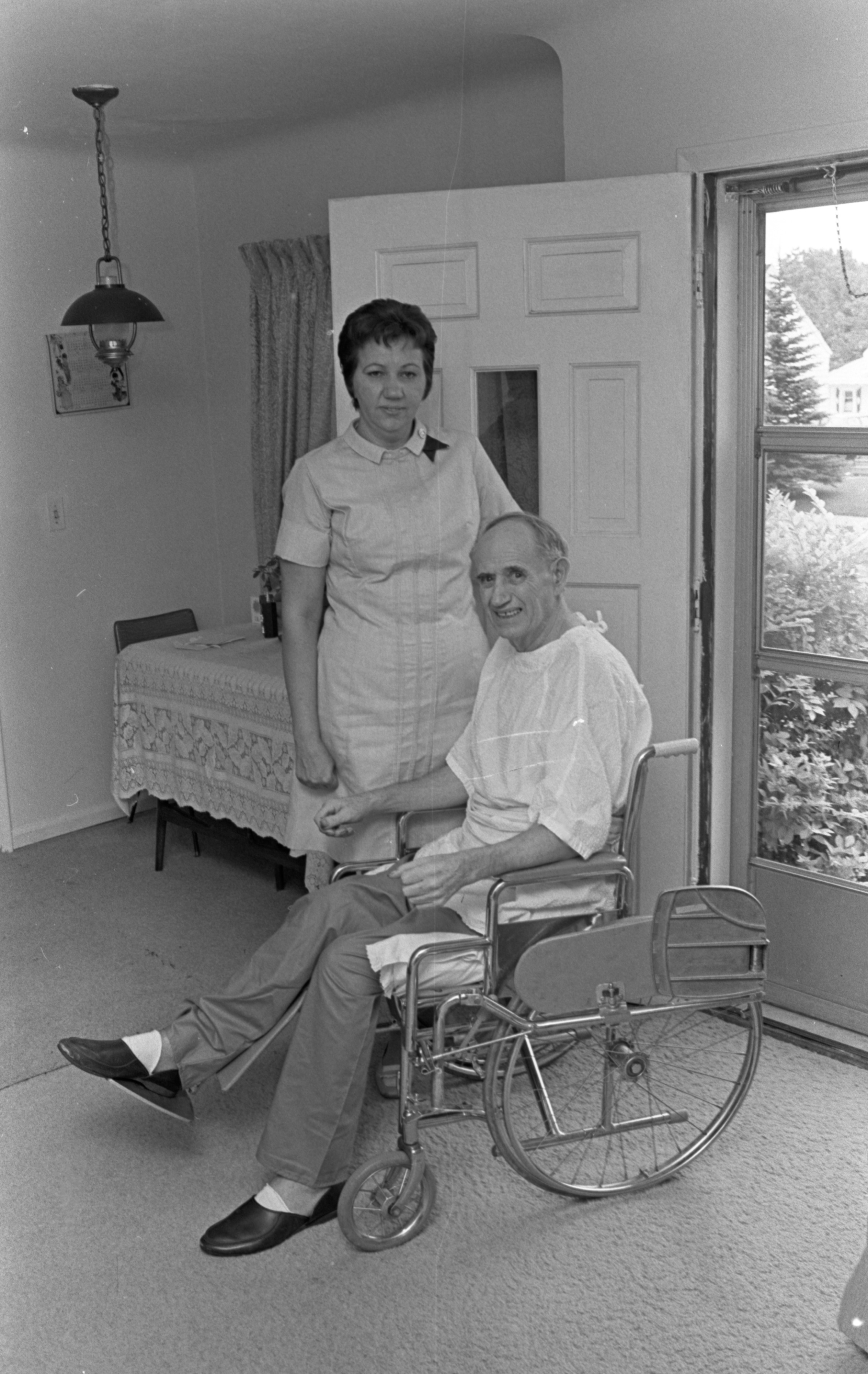 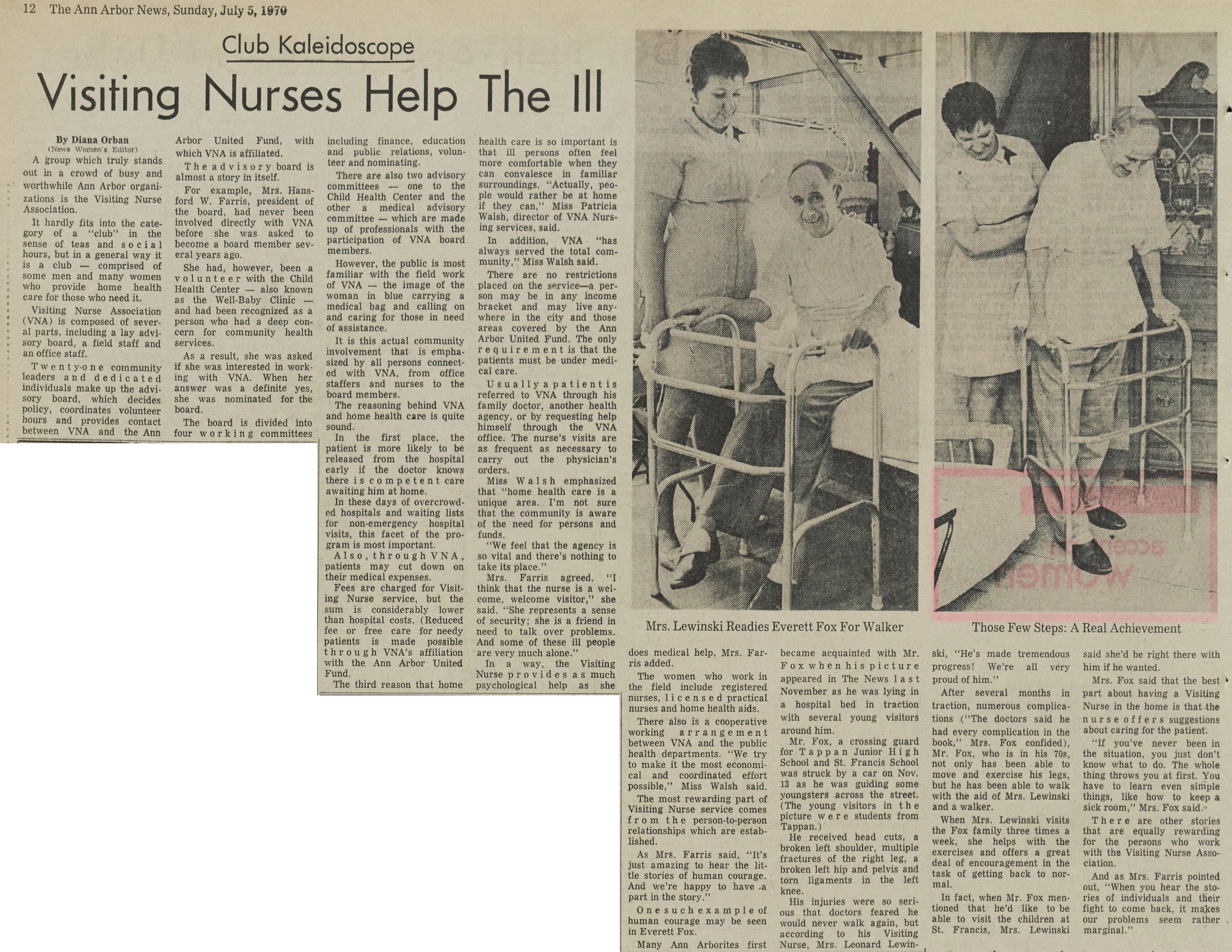 Dick Kimball was interviewed by students from Skyline High School in Ann Arbor in 2018 as part of the Legacies Project. 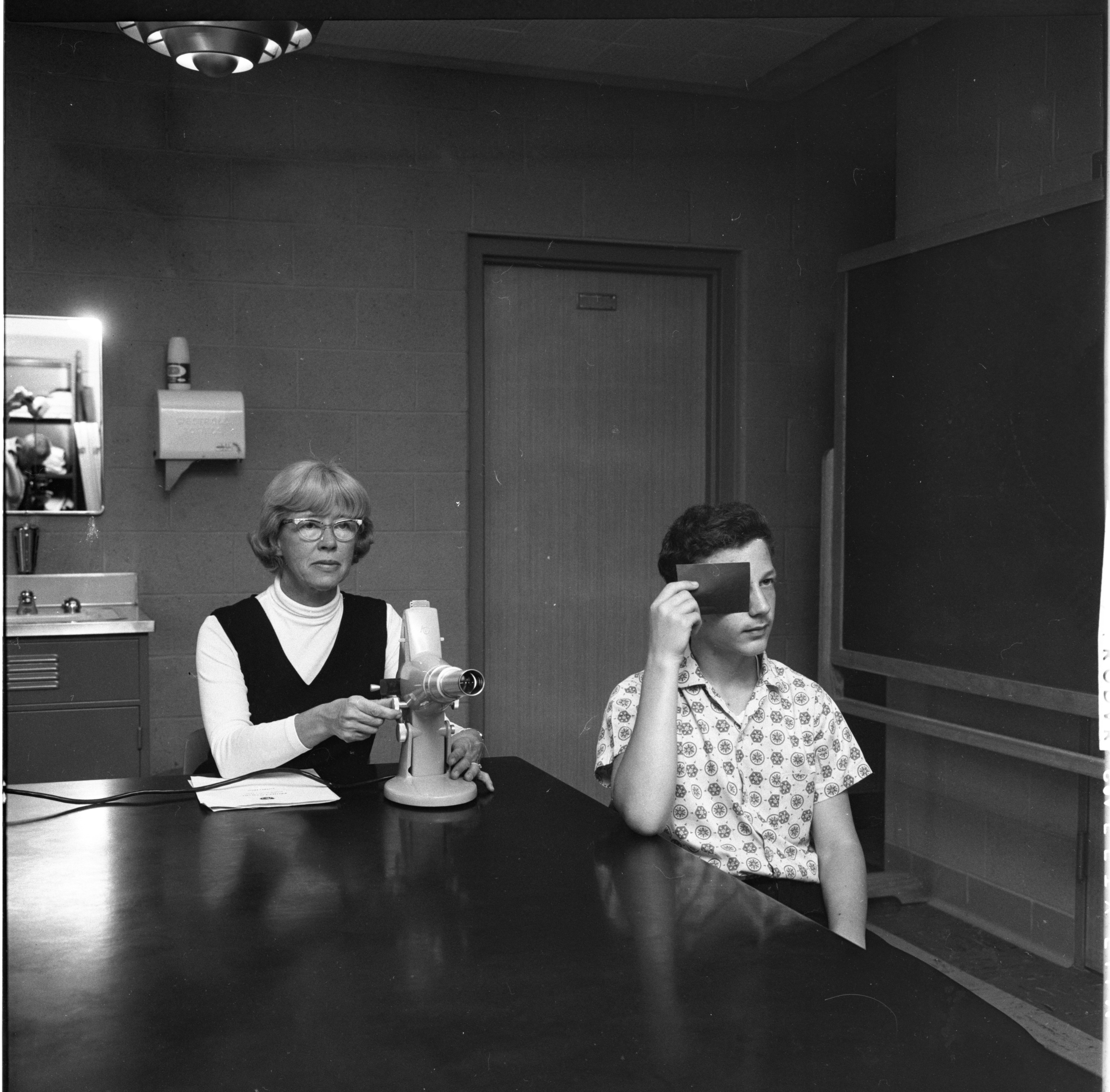 Published In
Ann Arbor News, October 8, 1965
Caption
Mrs. Lou Kyprie, Ann Arbor High nurse, administers an eye examination for Bill Foster with the aid of a $300 visual acuity test machine, a gift to local schools from the Ann Arbor Council of Lions Clubs. Other recent gifts given to the Board of Education include $40 from Edward H. Bick, 1421 Normandy, for a case for a euphonium, and a gift of a $100 violin from Robert E. Blood, 2005 Penncraft.
Copyright
Copyright Protected

Red Cross Nurse at University of Michigan Hospital, May 1942 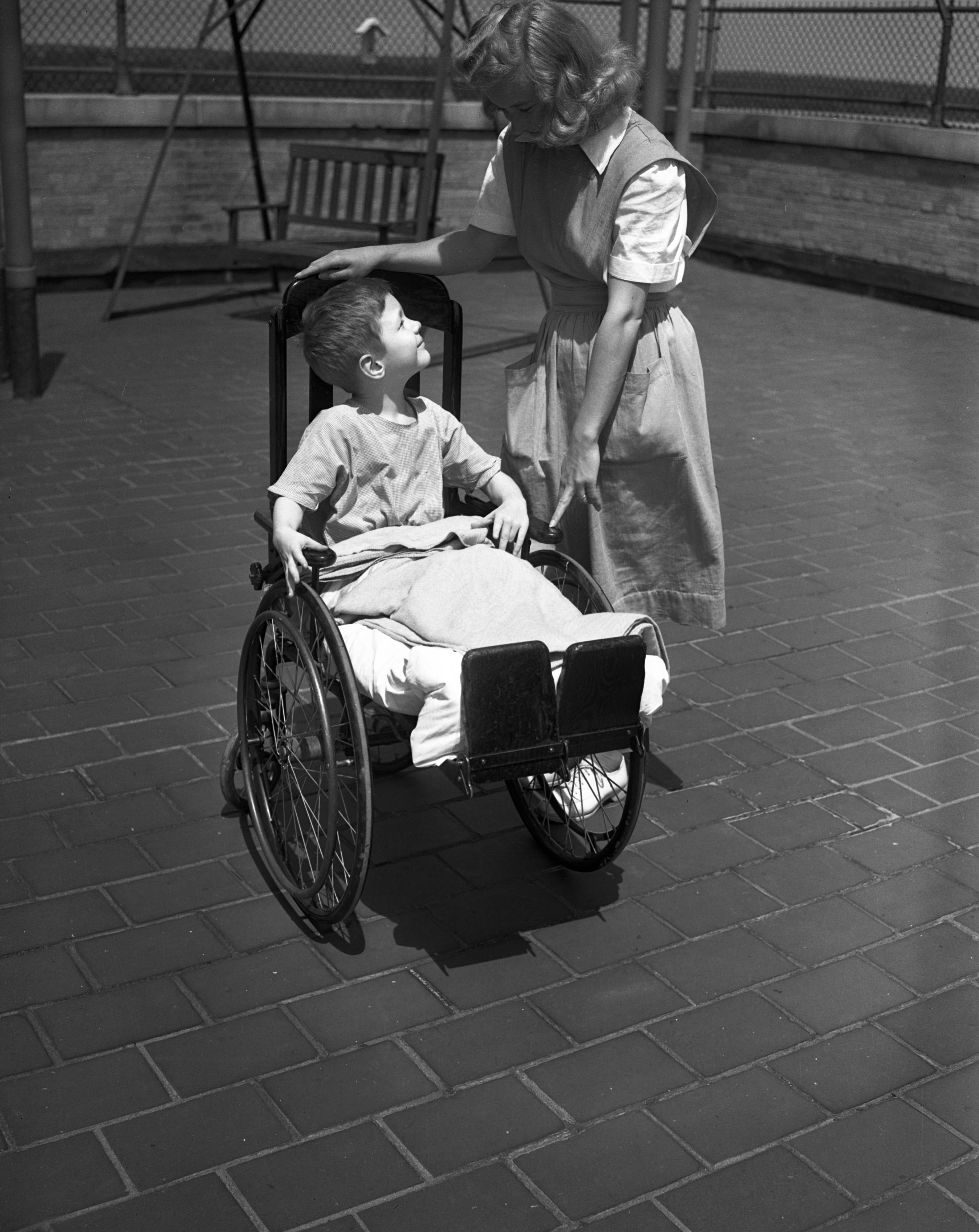