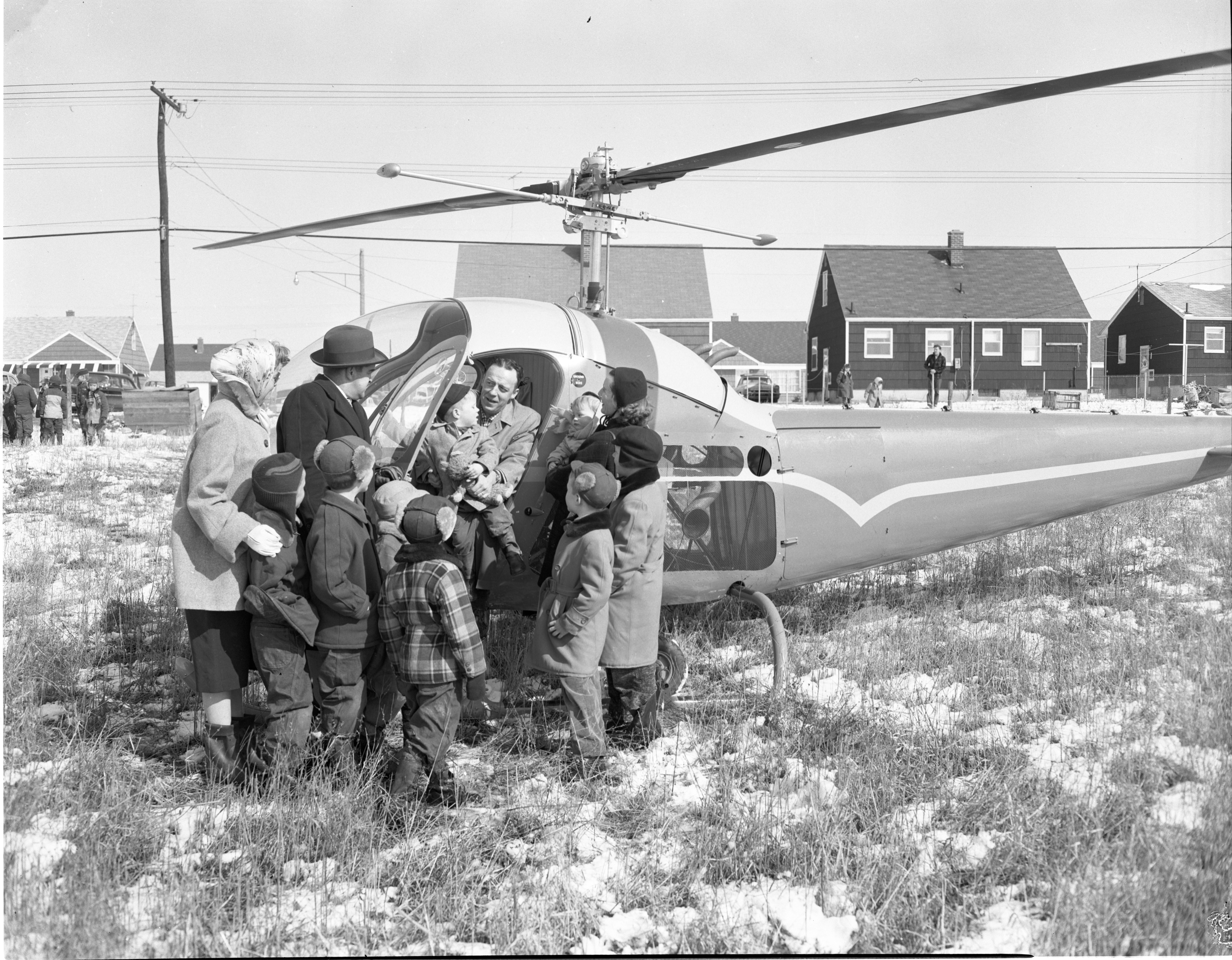 Published In
Ann Arbor News, March 19, 1956
Caption
BACK DOOR SERVICE: Attorney George E. Stripp of 1210 Hull St. and Charles Betz of 1286 Lester St. (seated in craft), both of Ypsilanti township, landed this new helicopter behind Stripp's house yesterday afternoon. Looking on at left are Stripp and his wife, Virginia, and four of their seven children (from left), Gary, 7 1/2, Sandy, 9, Greg, 5 and Gerald, 6. Betz, the pilot, holds his son, Jimmy, 3. His wife, Shirley, holds Freddy, 1, while the other two Betz children, Johnny, 7, and Charles, jr., look on. Betz and Stripp left Ft. Worth, Tex., last Thursday morning but storms delayed them twice. The helicopter, painted maize and blue, the University of Michigan colors, was purchased by Frederick C. Matthaei, owner of American Metal Products Co. in Detroit, who will use the craft to commute between his home at 4895 Geddes Rd., Ann Arbor township, and his work.
Copyright
Copyright Protected 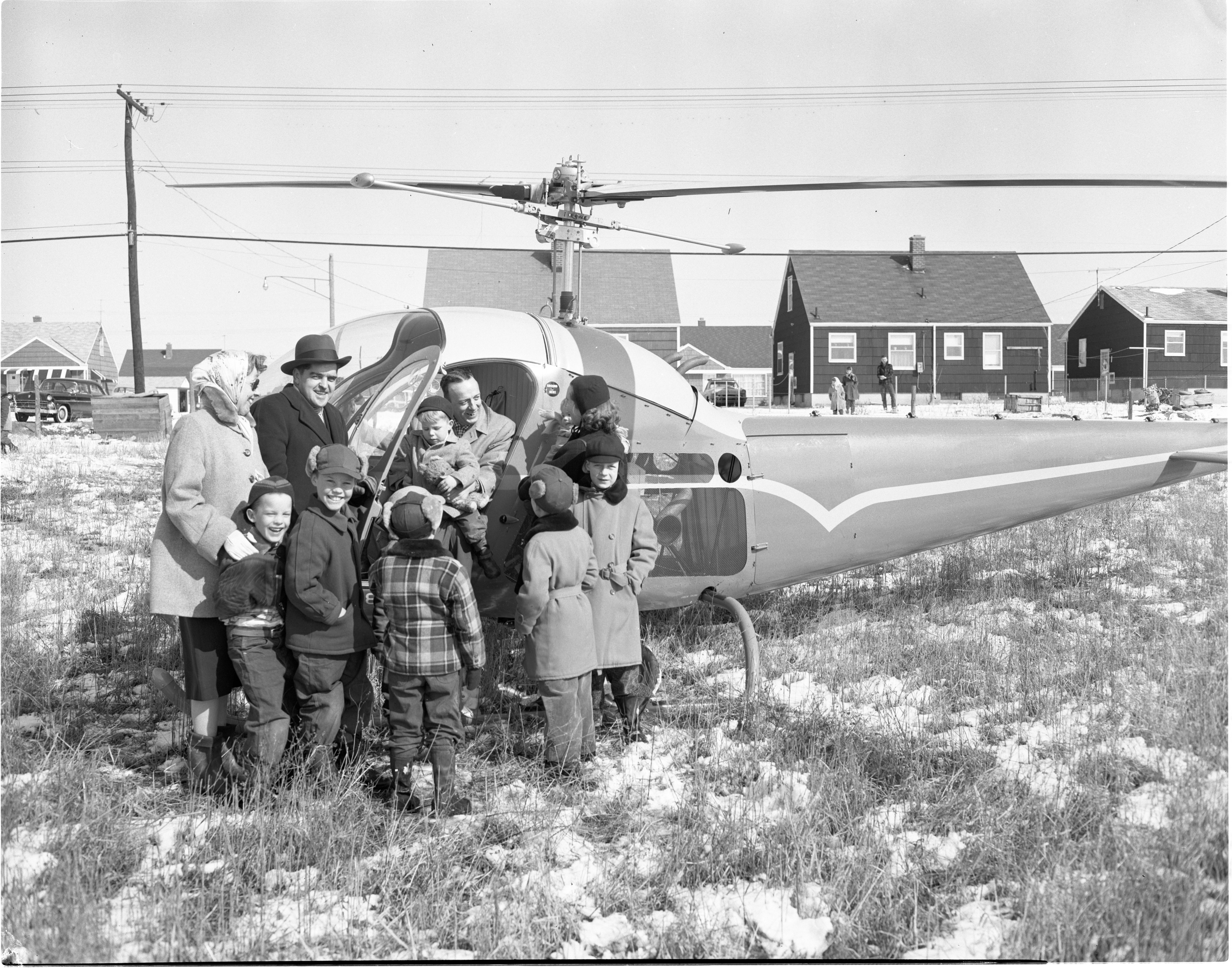 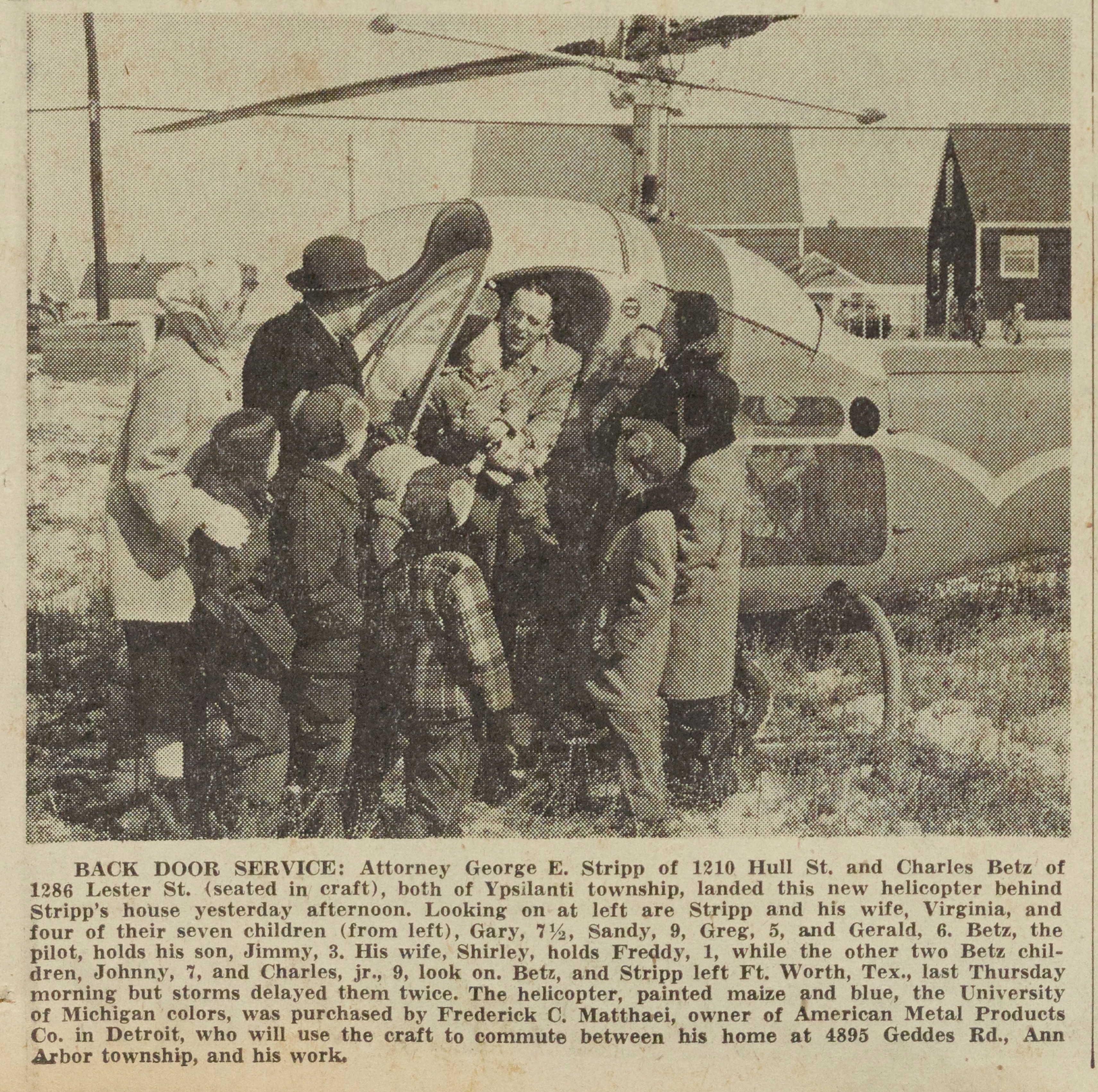 Want To See If You Looked As Good Or Bad As You Felt Running Those Old Bases? 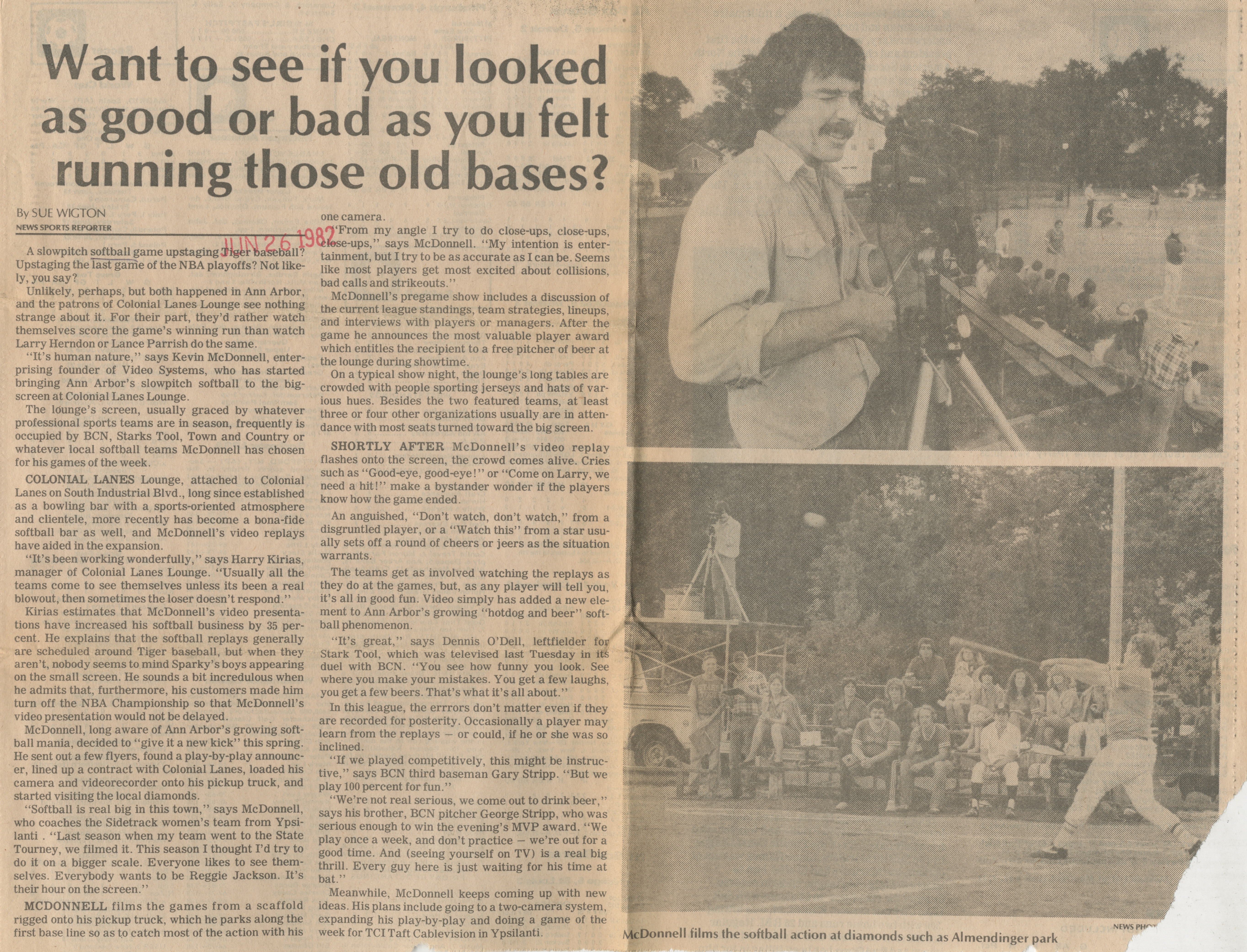 From War Can Come Many Blessings 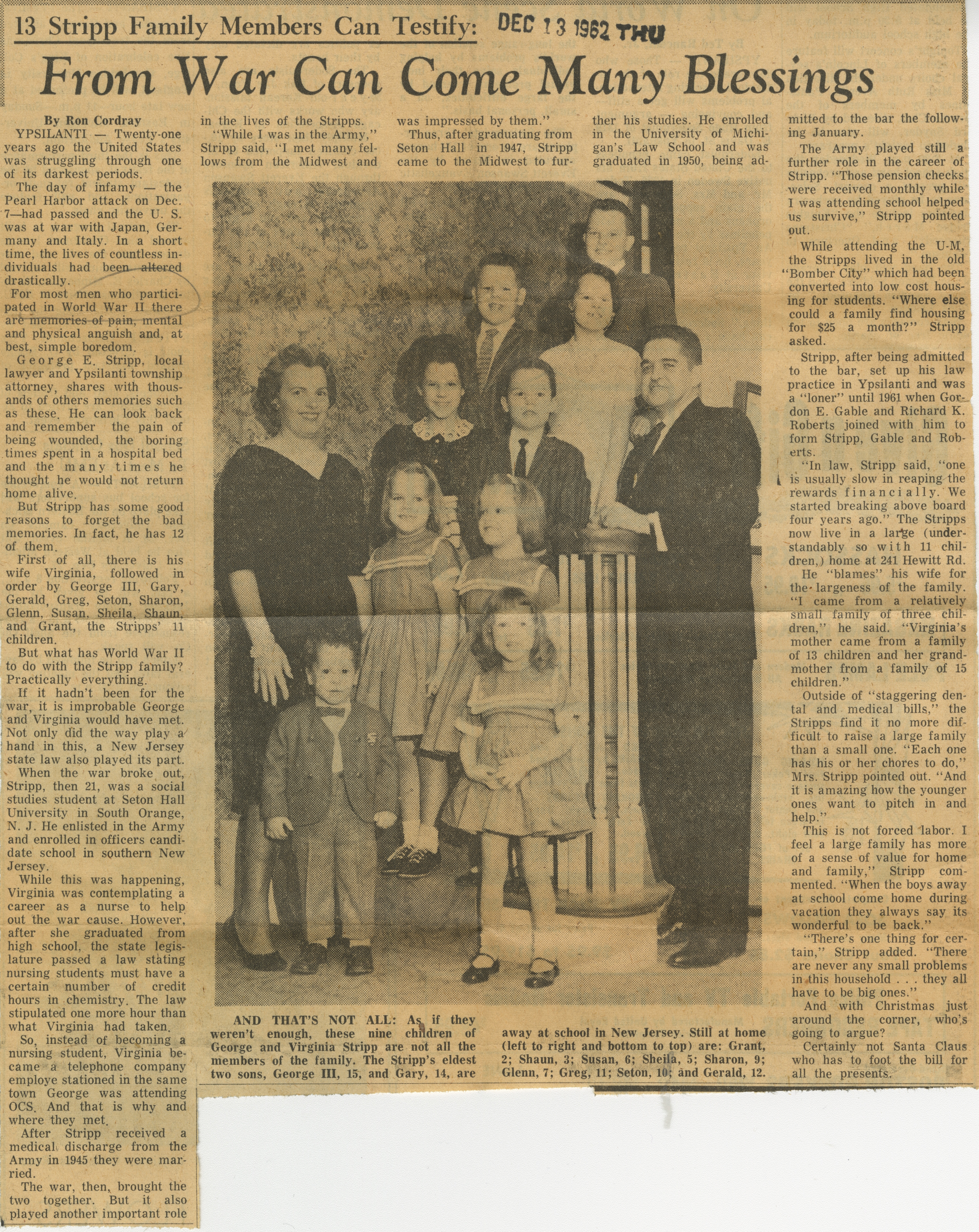