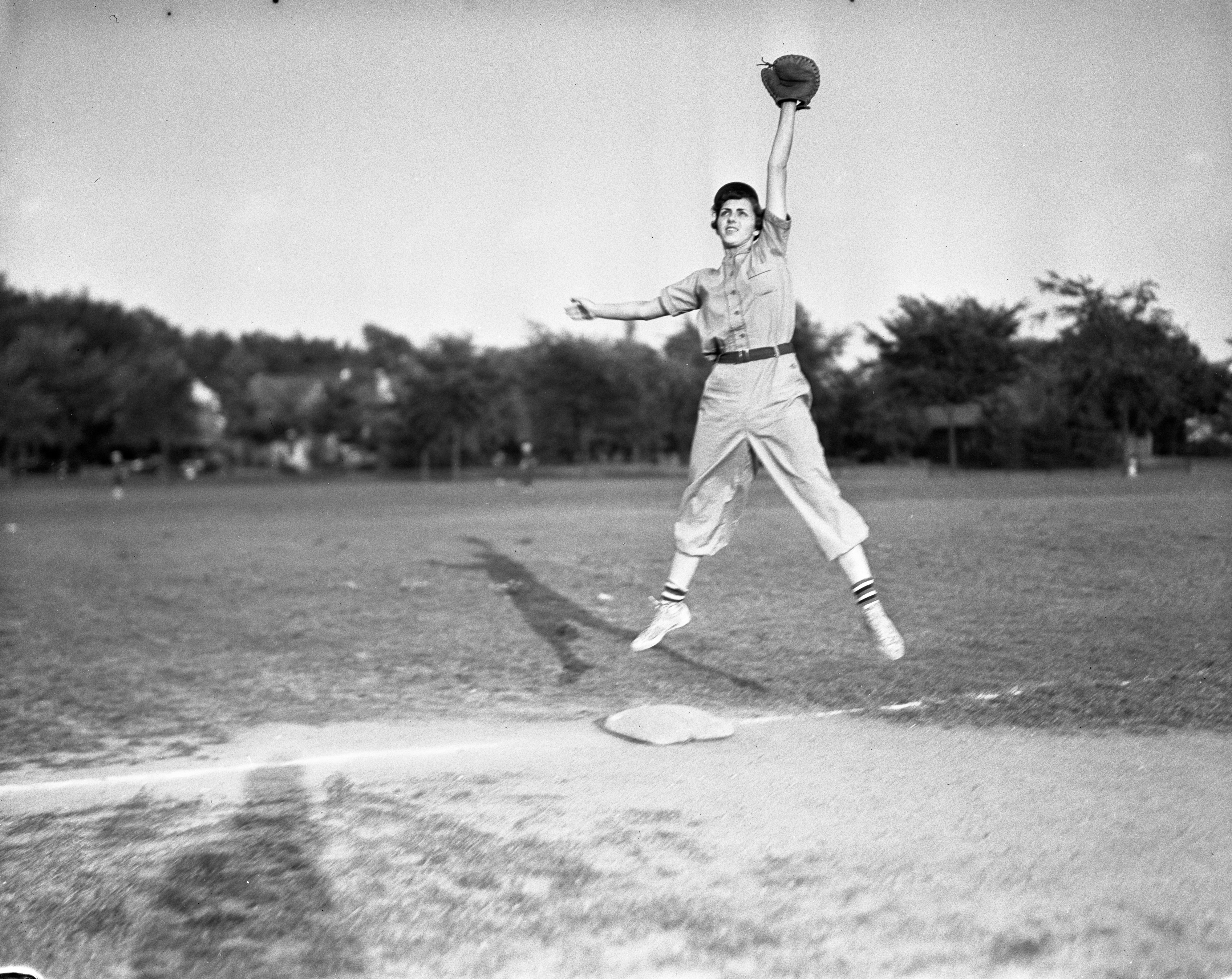 Published In
Ann Arbor News, July 30, 1937
Caption
SILVER WING STAR: Irene Kapp, above, is one of the outstanding players in the Girls' softball league which is attracting such a large following of fans this season. Irene plays first base for the Silver Wings, present Girls' league champions. She will be seen in action tonight at Wines Field when the Silver Wings stack up against the Ann Arbor News in a league game. The contest will start at 7:30. High Speed and the City Employees of the Industrial league clash in the second half of a doubleheader at 9 o'clock.
Copyright
Copyright Protected
Subscribe to Silver Wings Softball Team