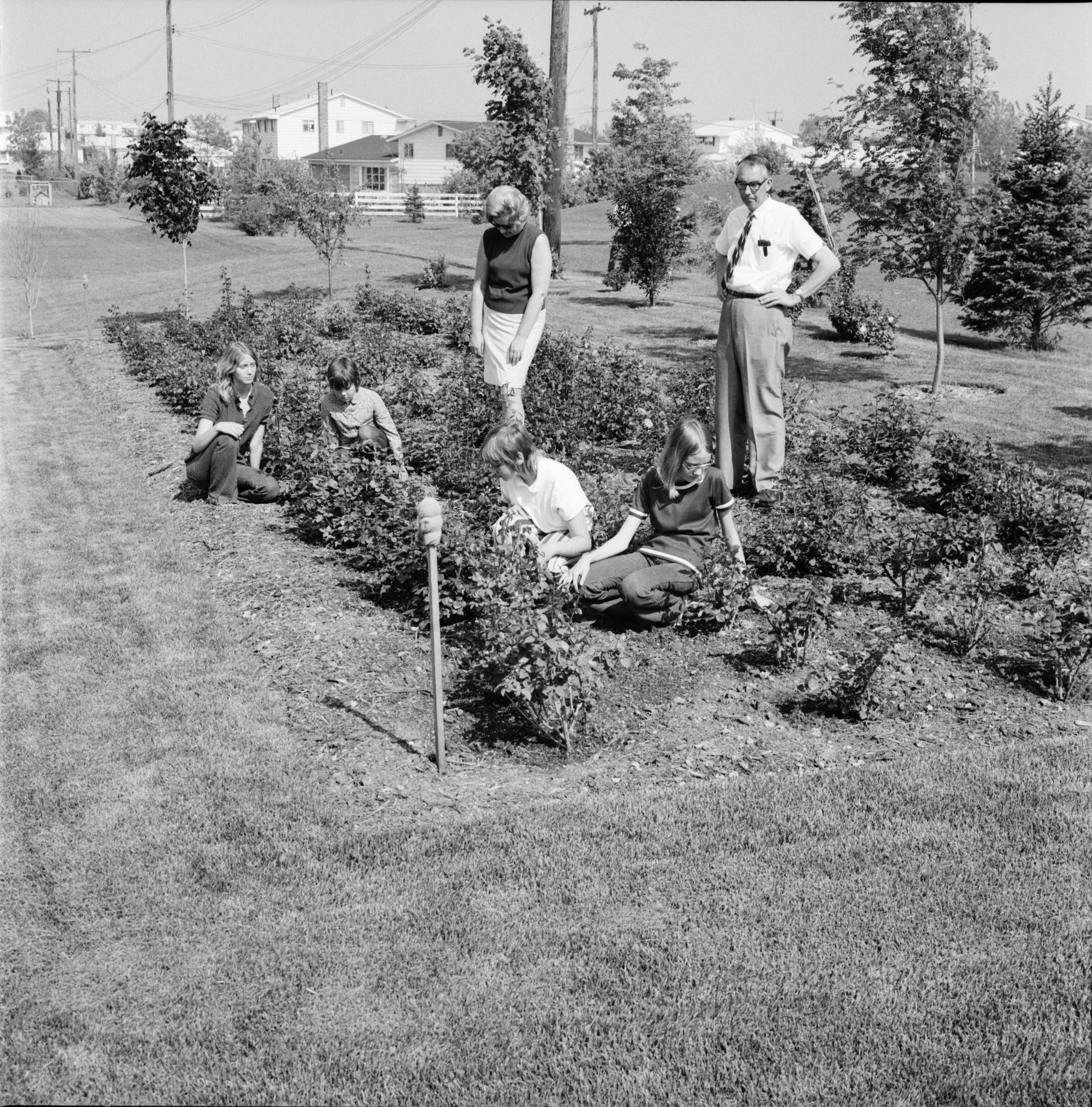 Published In
Ann Arbor News, June 10, 1971
Caption
Roses, Roses, Wherefore Art Thou, Roses? Members of the George C. Hewens family of 2771 Briarcliff look forlornly at their rose garden, which, on the eve of Sunday's Rose Show sponsored by the Huron Valley Rose Society, has yet to produce one bloomin' rose. The Hewens, who won prizes for their roses in last year's show, are hoping that some of their roses will bloom by Sunday, but "it's a toss-up," says Mrs. Hewens. Kneeling in the buses searching for a blooming rose are: (left to right) the Hewens' daughters, Janice, Susan, Cindy, and Sally. Mr. and Mrs. Hewens, who are consulting rosarians to the show, supervise the search. Many other rose lovers in Ann Arbor are also on pins and needles, hoping their gardens will produce roses before Sunday's show, which will be held at the Matthaei Botanical Gardens on Dixboro Rd. The unseasonably cold weather has delayed the blooming of roses locally, but roses or no roses, the date is firm, and the show will go on. The News has received scattered reports from various sections of the city that some roses are already in bloom. And Dr. Adam A. Christman, another consulting rosarian, says the heavy rains have encouraged him to believe there will be "some good roses by next Saturday." Meantime, there had been some grumbling in the Rose Society circles that the date set for the show was too early, too arbitrary, and too rigid. Nonetheless, a large crowd is expected Sunday, and non-members are being encouraged to enter roses, if they have them. The show is open to the public without charge, starting at 2 p.m through 7 p.m. Further information may be had by telephoning 668-6067.
Copyright
Copyright Protected
Subscribe to Cindy Hewens