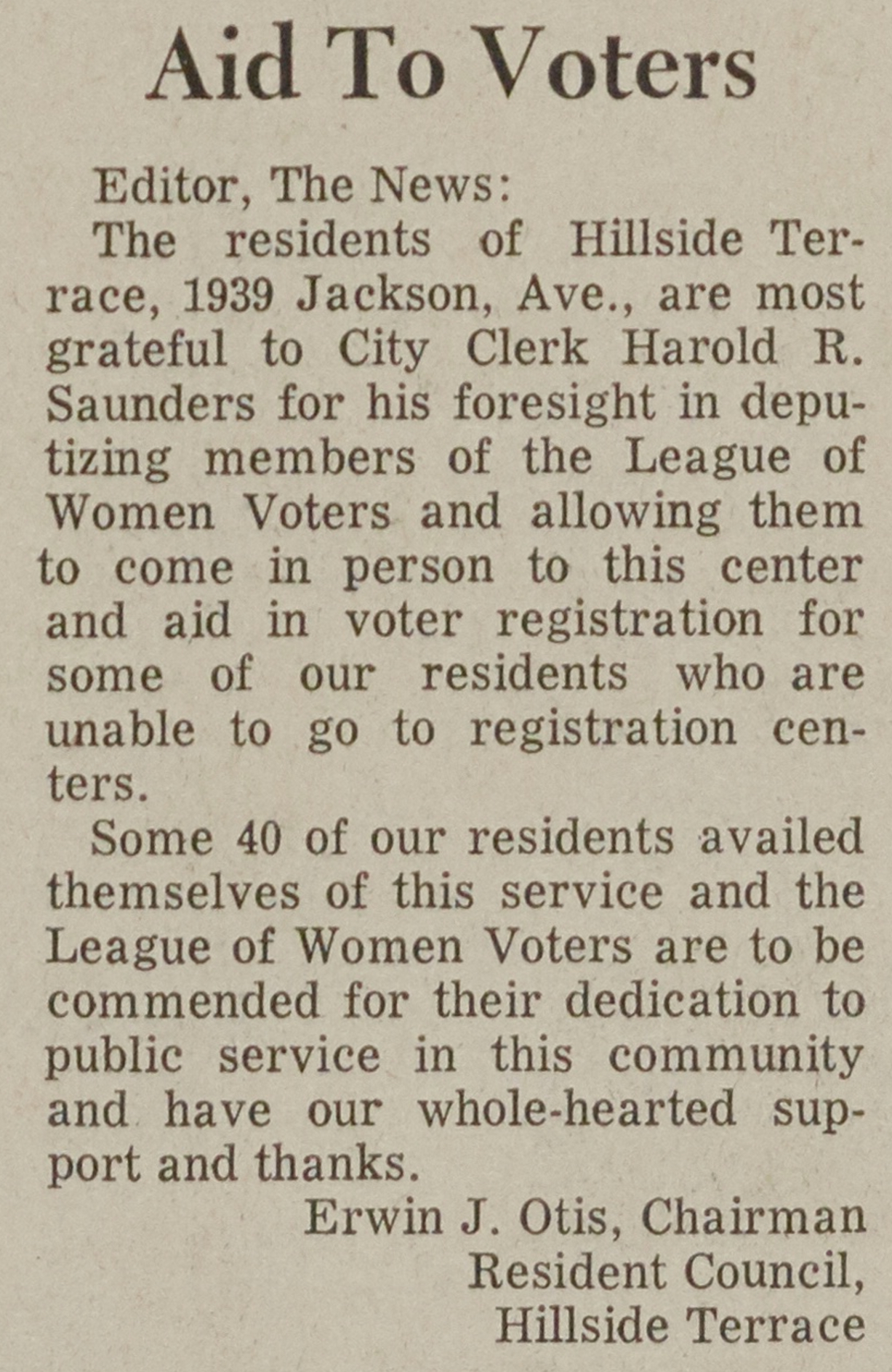 Ballot Interest Is At Low Ebb 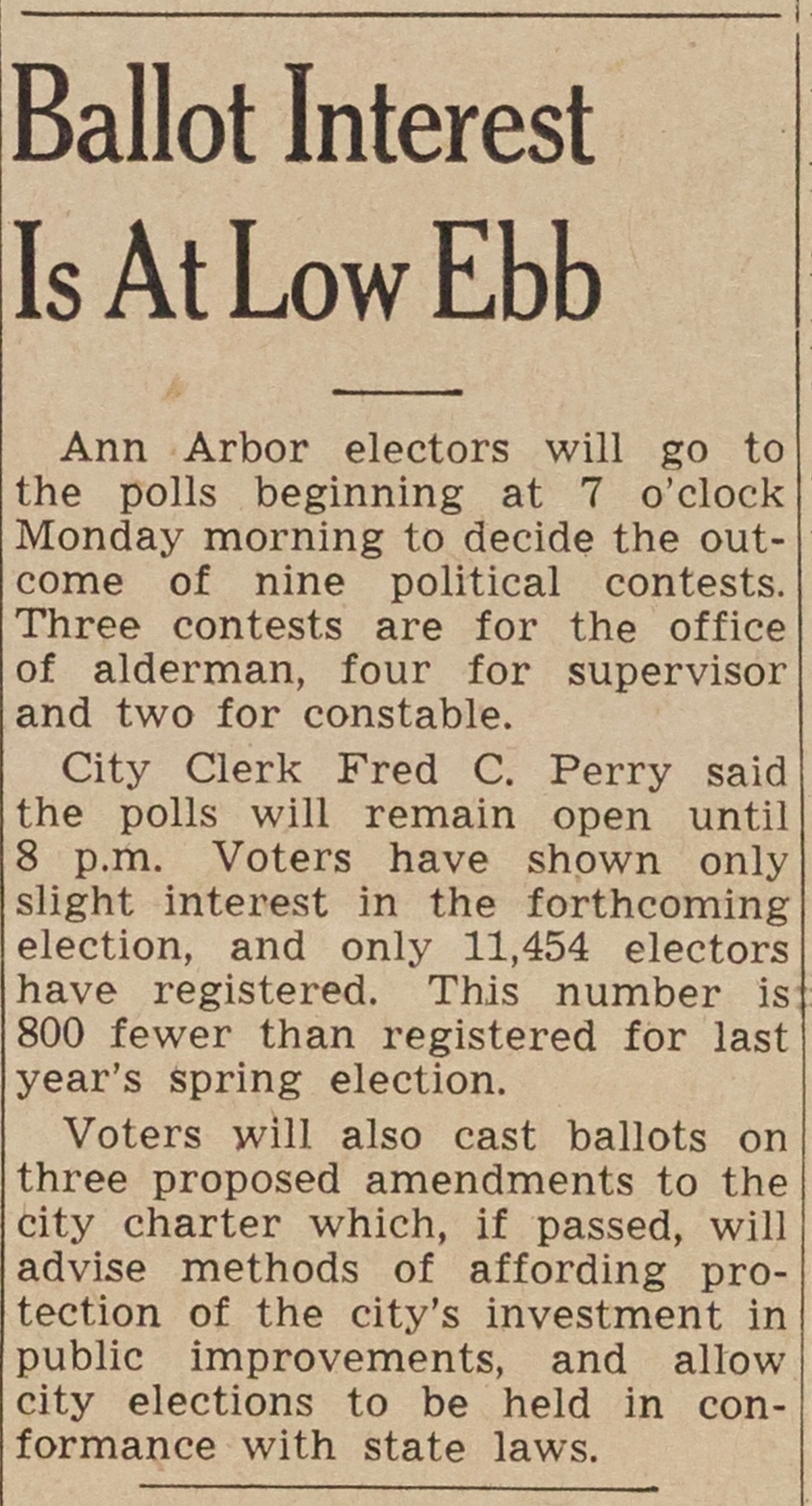 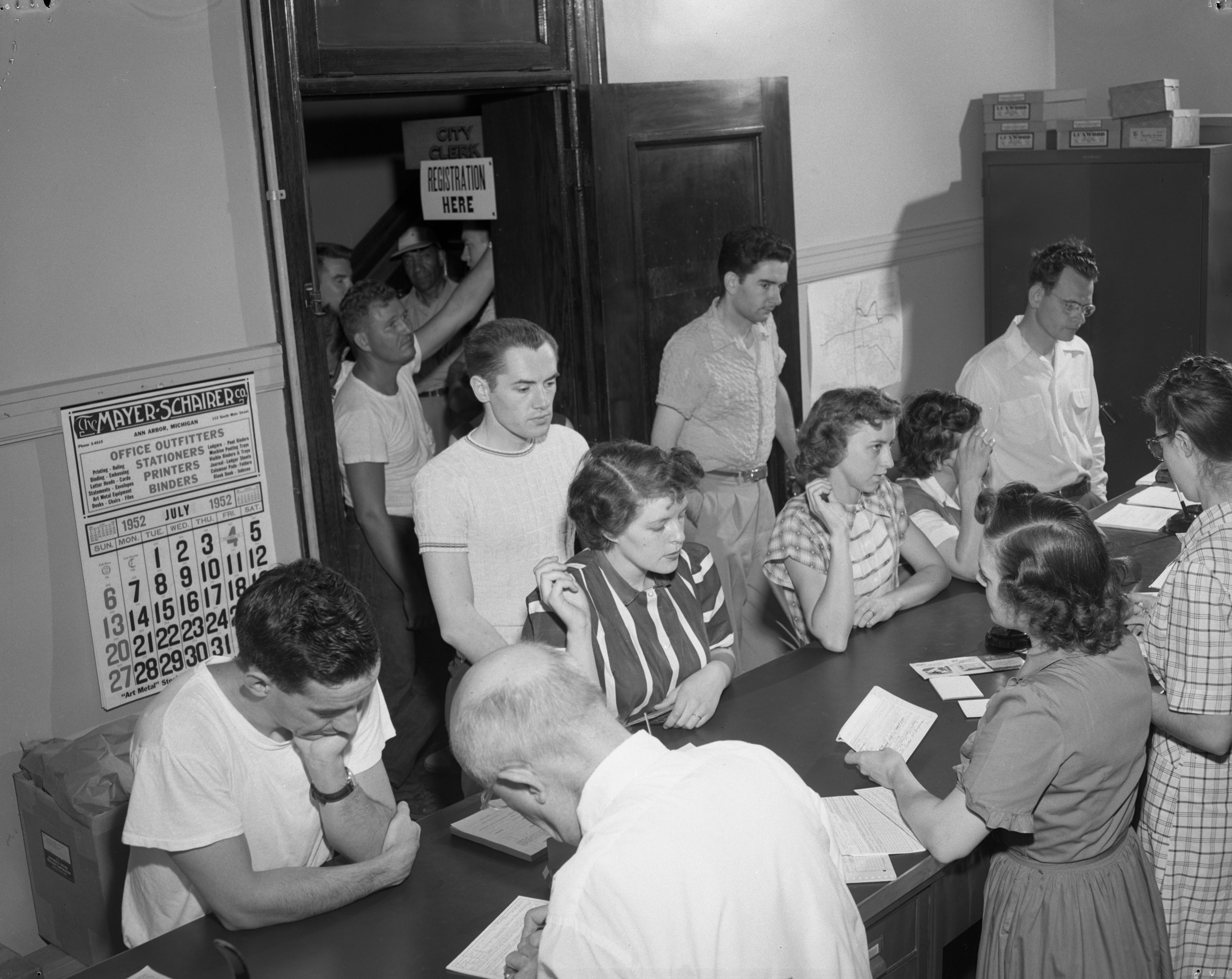 Published In
Ann Arbor News, July 7, 1952
Caption
Five persons become registered voters and others wait their turns in the city clerk's office at City Hall this morning on the last day for registration. The office will be open until 8 o'clock tonight to handle last-minute registrants. After tonight, however, no more registrations can be taken before the Aug. 5 primary.
Copyright
Copyright Protected 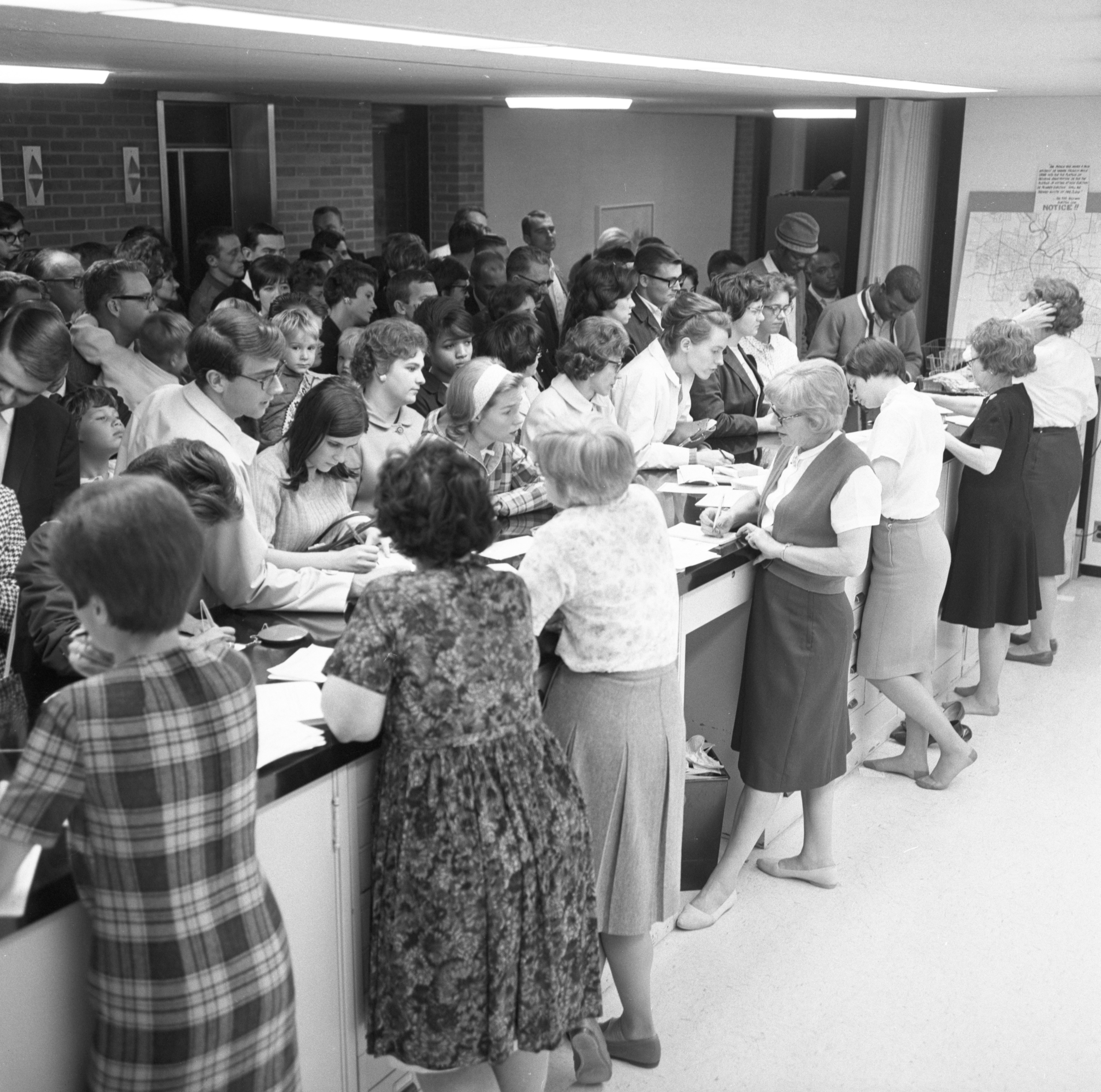 Published In
Ann Arbor News, October 11, 1966
Caption
Last-minute registration for the Nov. 8 election was the order of the day for an estimated 600 to 700 Ann Arborites as they crowded into the City Clerk's office to beat yesterday's 8 p.m. deadline. This picture, taken at about 6:45 p.m., shows the numerous deputy registrars working to reduce the long lines which faced the clerk's office throughout most of the day. Fatigued feet is attested to by many of the shoeless clerks who stood much of the day waiting on persons. About 100 persons were waiting to register when this picture was taken.
Copyright
Copyright Protected 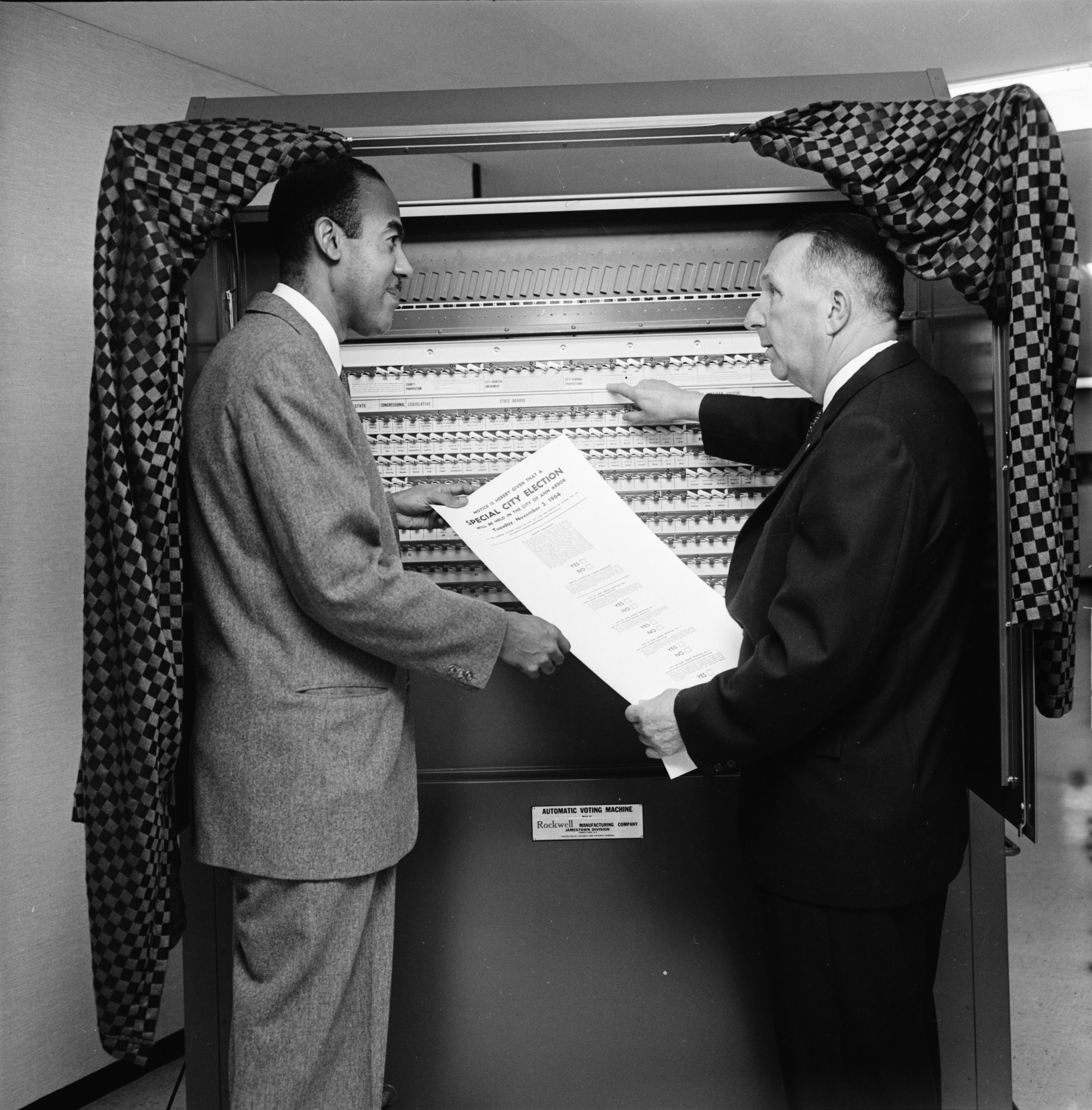 Published In
Ann Arbor News, October 22, 1964
Caption
The Way It'll Be Done: City Clerk Fred J. Looker (right) and Walter Hill, director of the Ann Arbor Community Center, discuss arrangements for a public voter education program to be held at the center next Monday and Tuesday. One of the city's voting machines containing an official sample ballot will be used in voting demonstrations.
Copyright
Copyright Protected 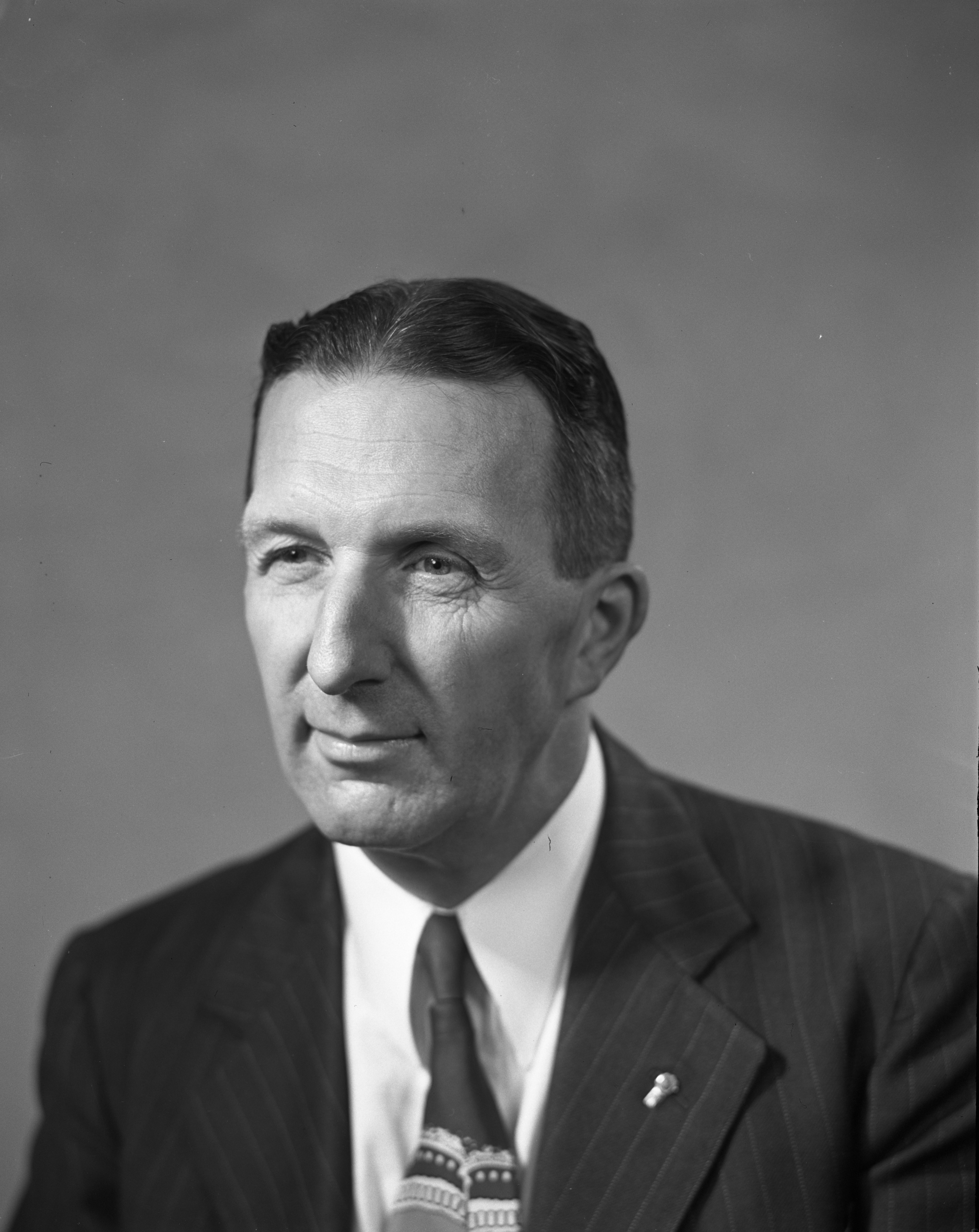 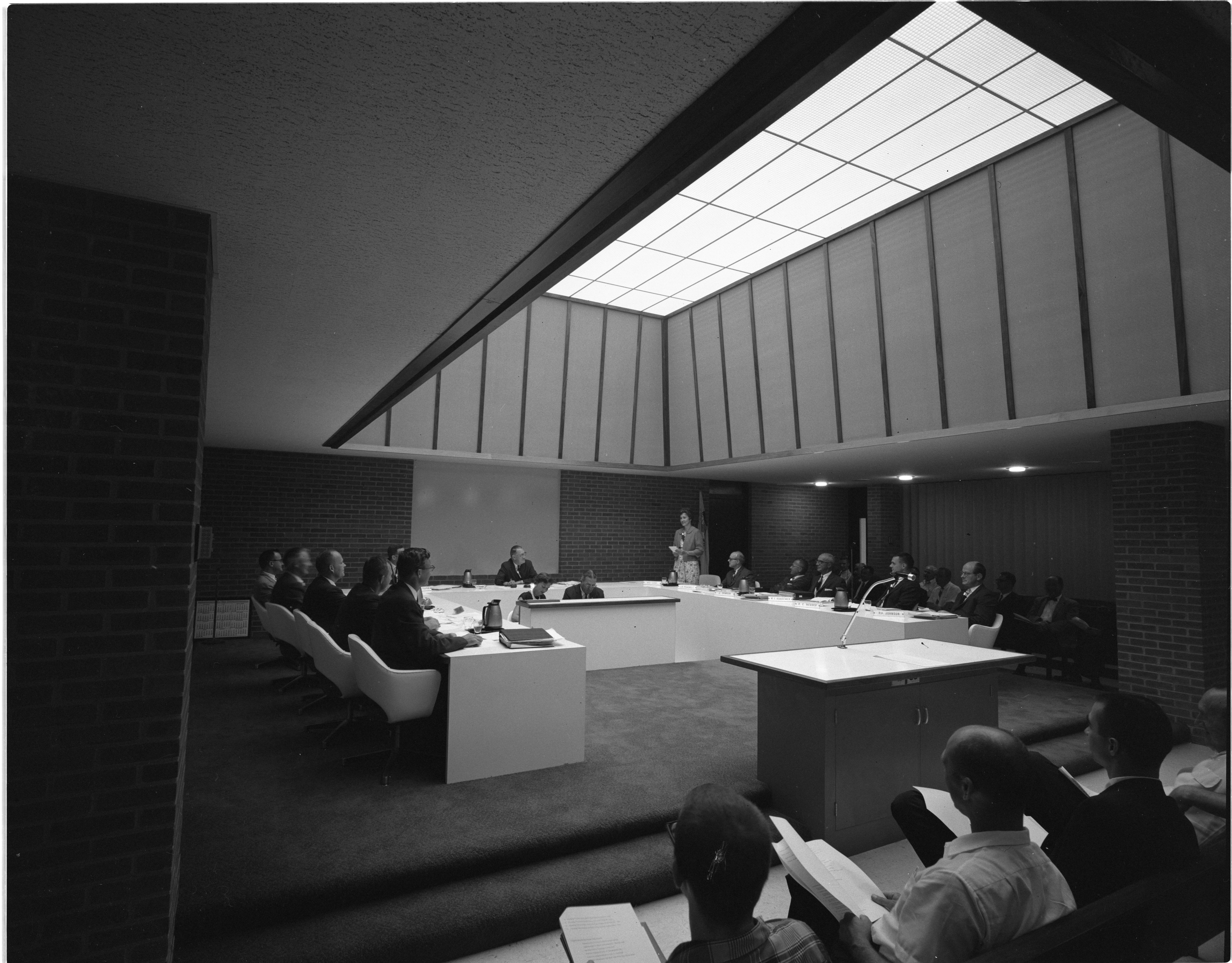 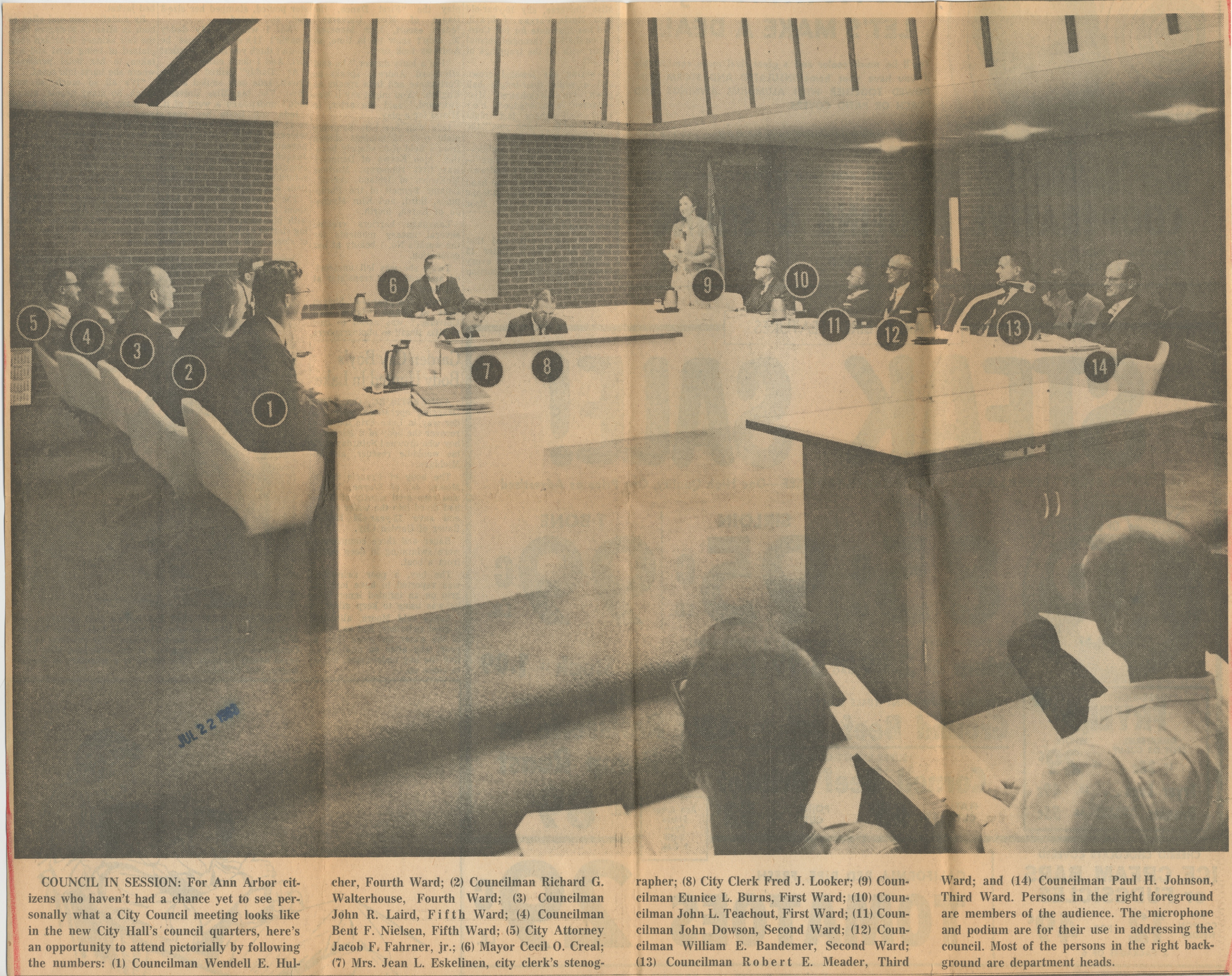