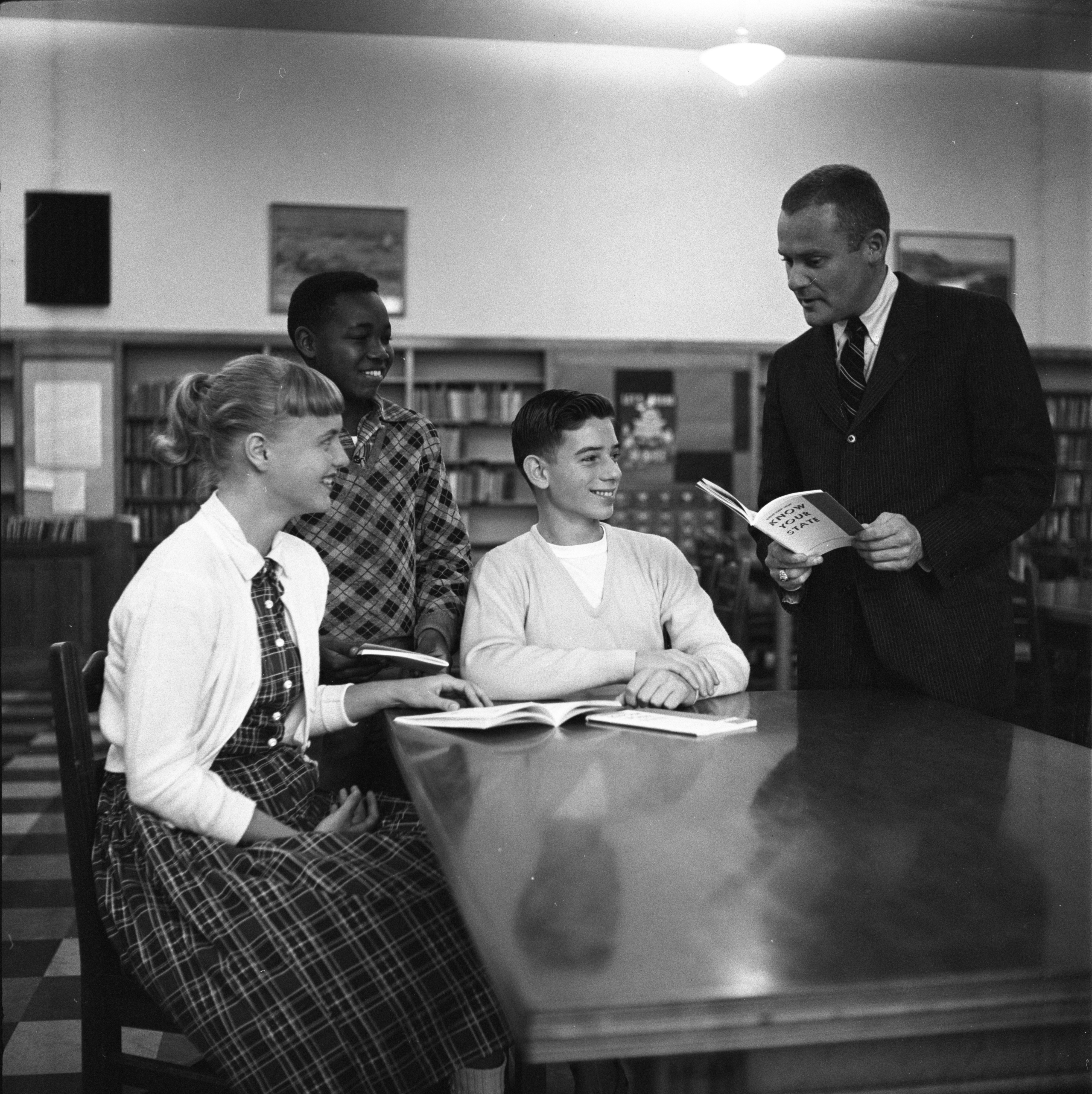 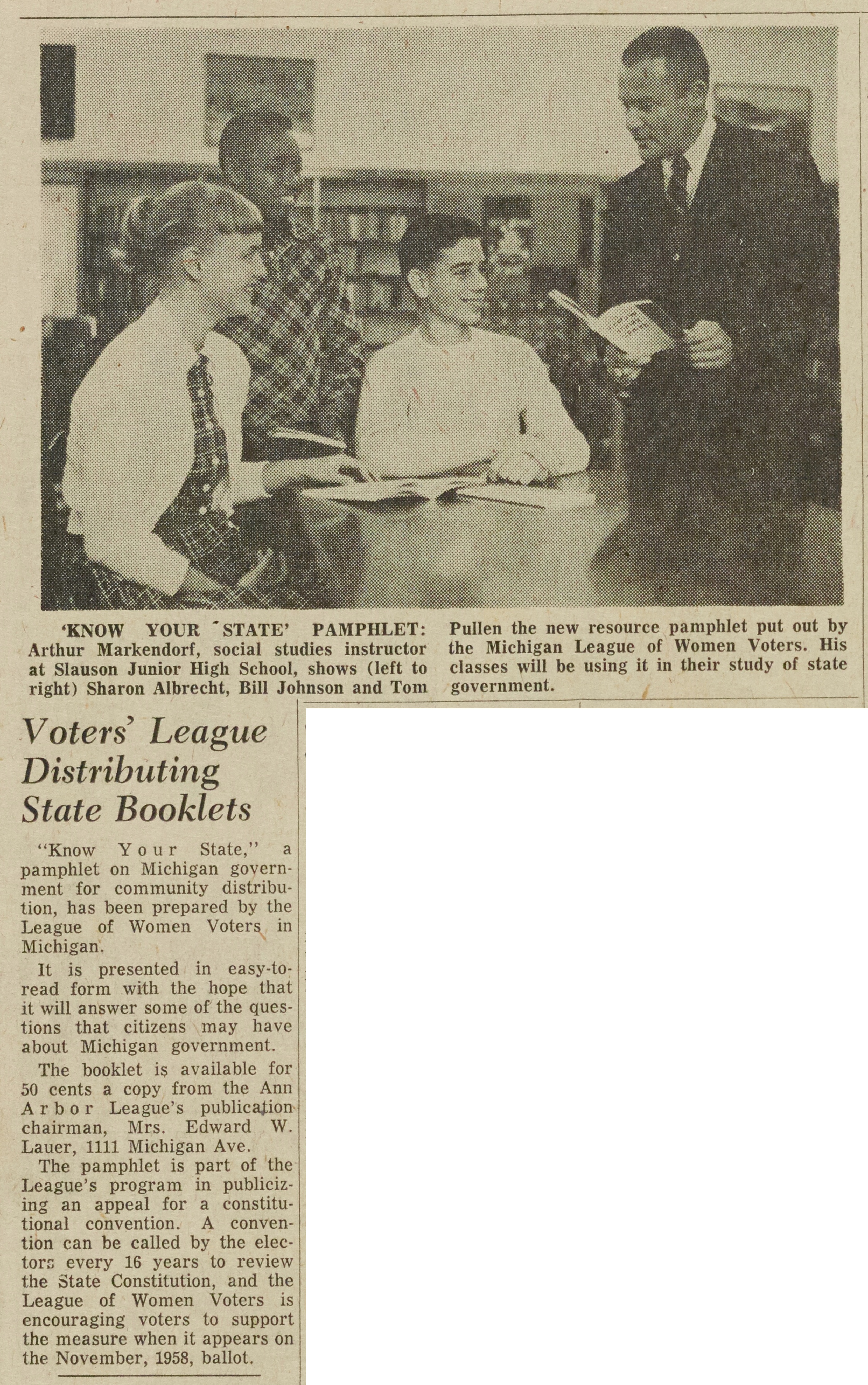 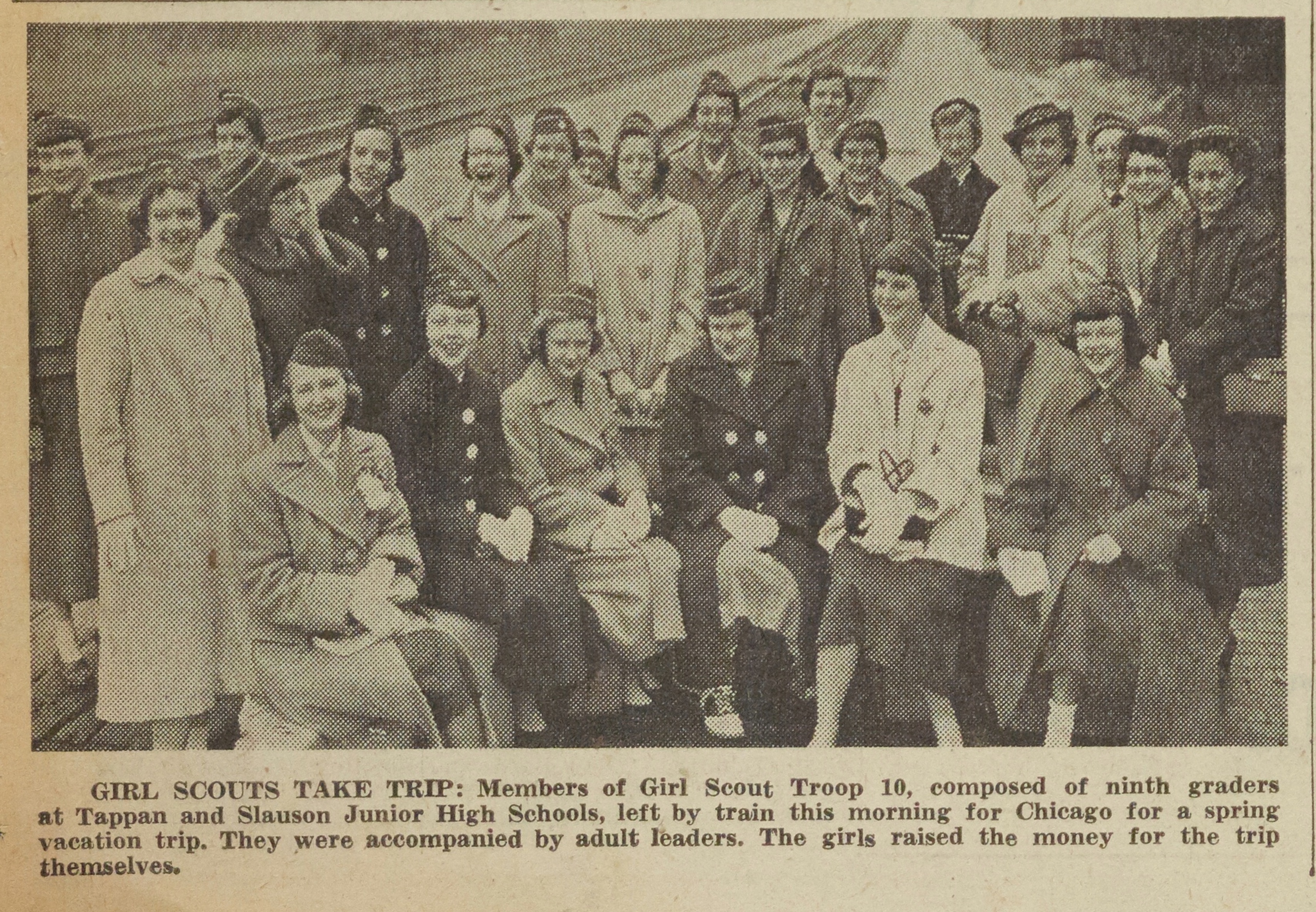 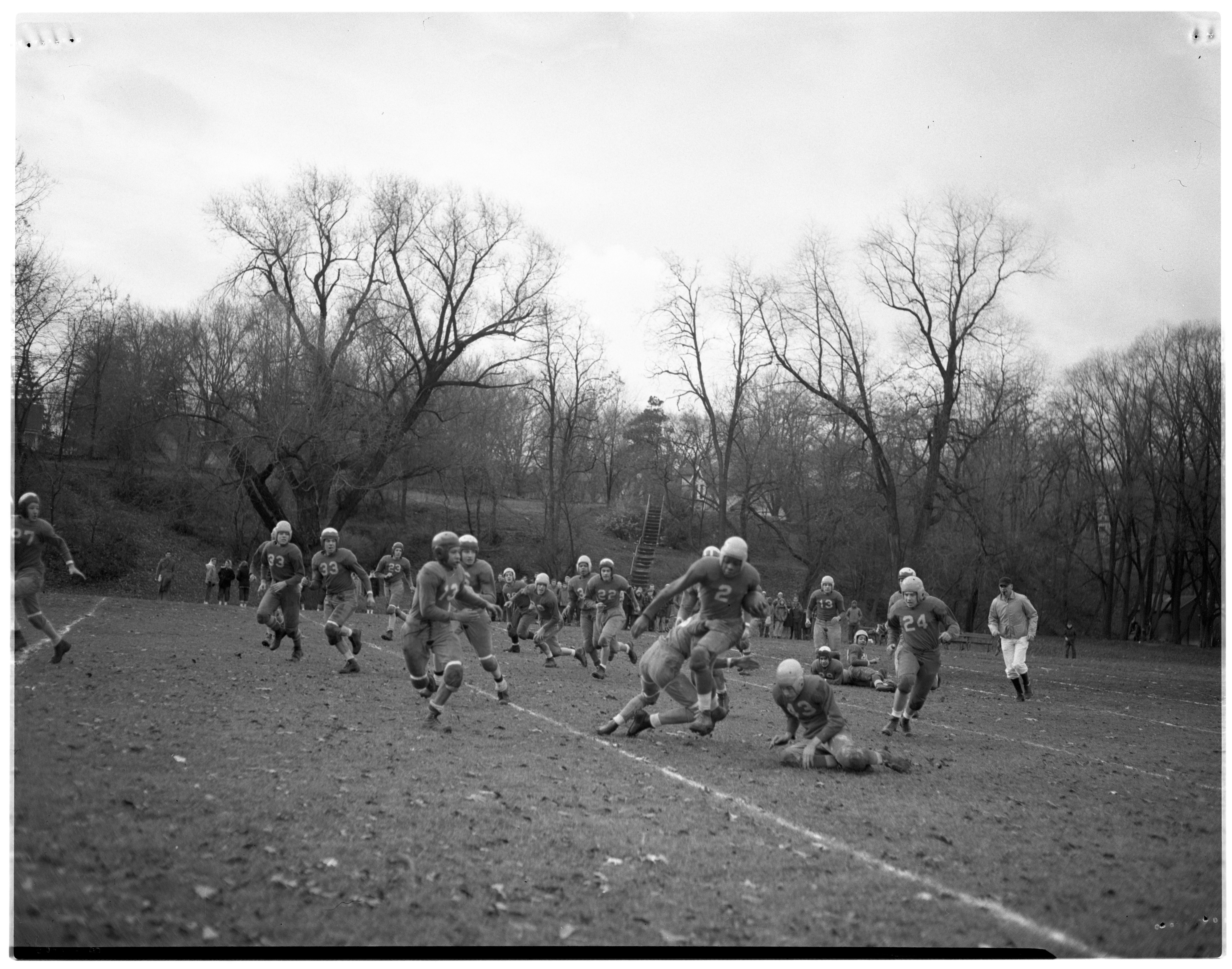 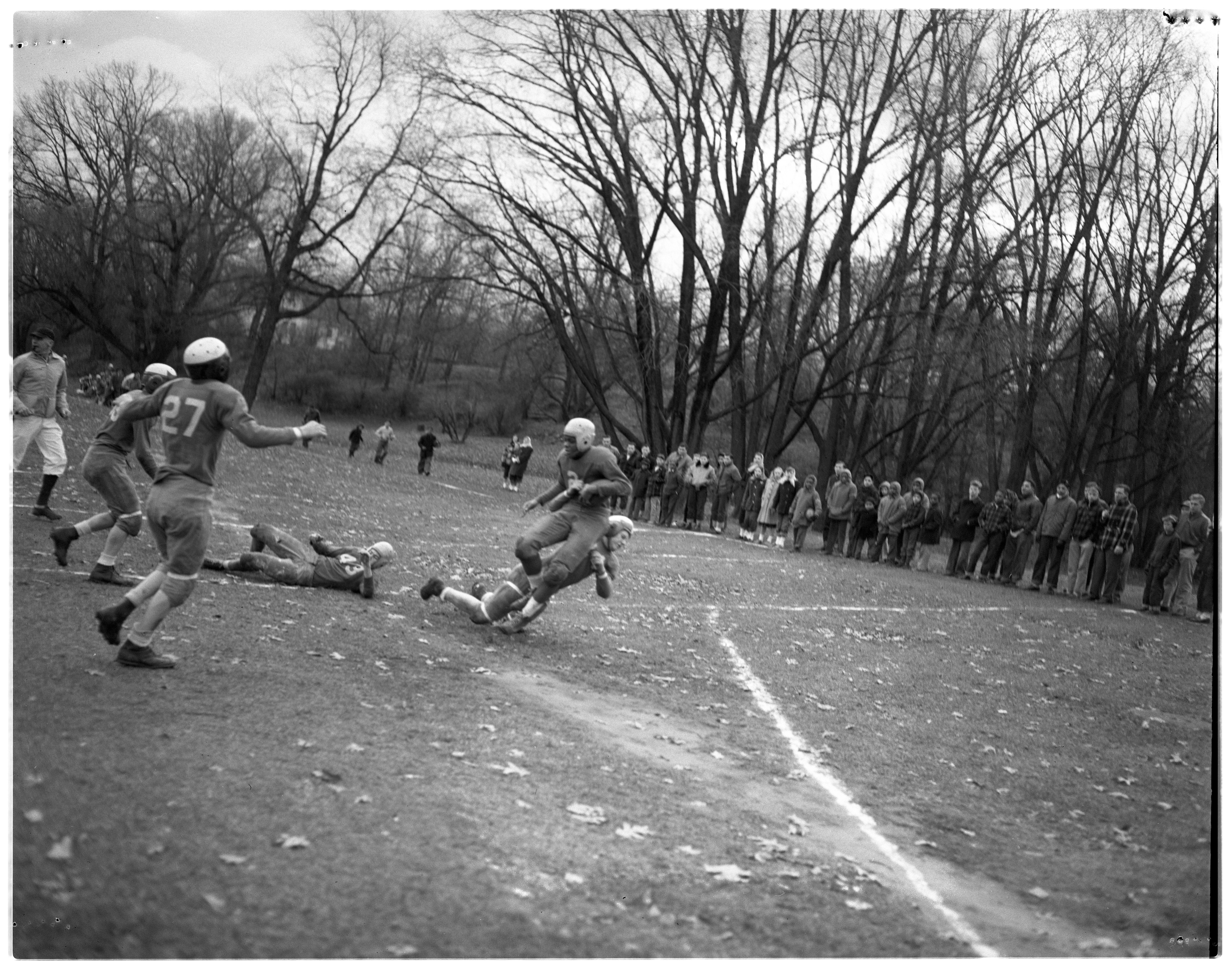 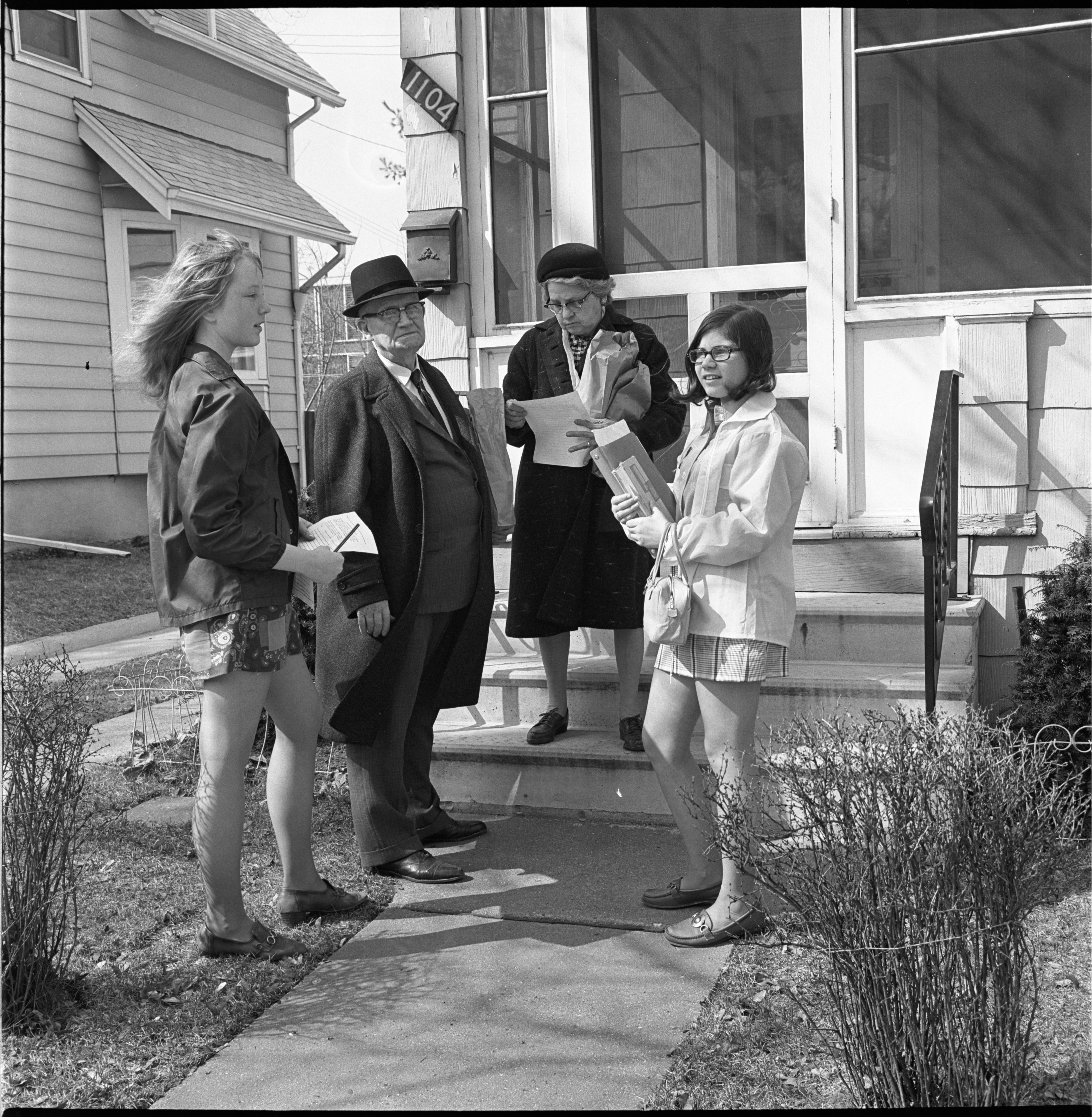 Published In
Ann Arbor News, April 19, 1970
Caption
Two members of the Slauson Junior High Service Group are shown here getting signatures from Mr. and Mrs. James H. Applegate of 1104 W. Washington for a League of Women Voters petition asking for congressional representation for the Citizens of Washington, D. C. The petition drive is nationwide and will continue through Wednesday of this week. The two students in the photo are Sybil Johnson (left) and Nanci Gerler. The Slauson Service Group consists of about 50 Slauson students who perform various community services. The petitions will be circulated this week door-to-door.
Copyright
Copyright Protected 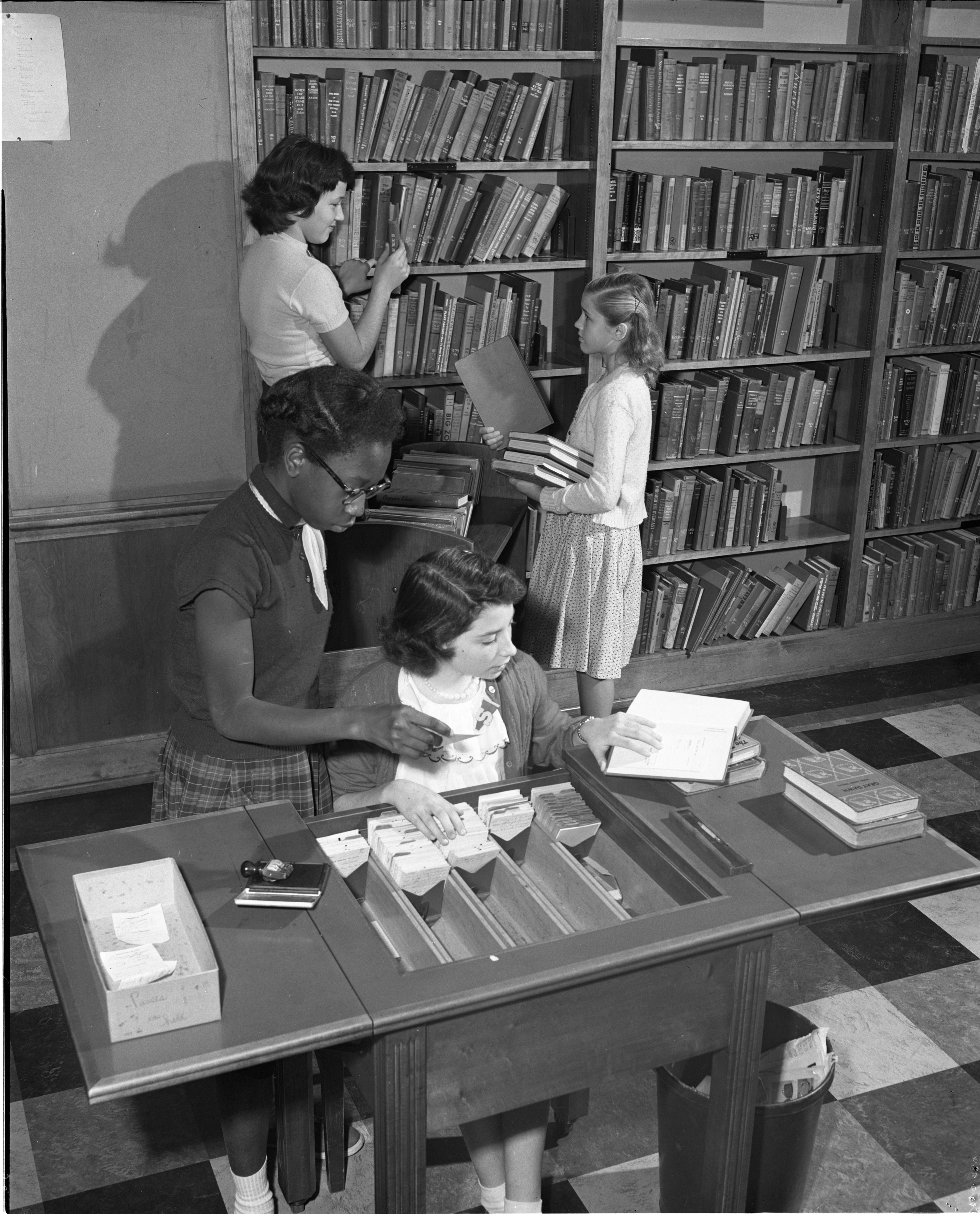 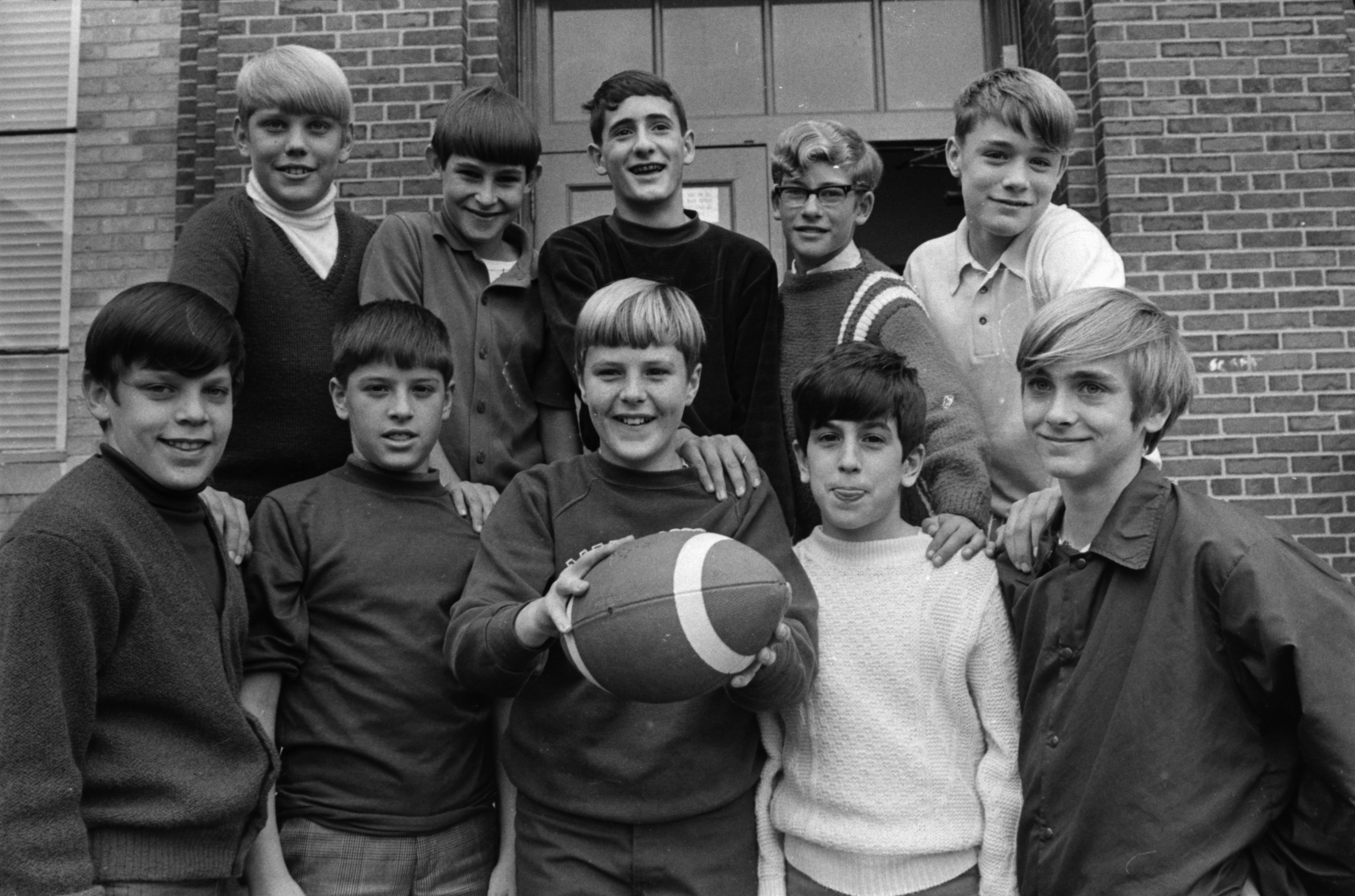 Published In
Ann Arbor News, November 8, 1970
Caption
The Champs! Here are the jubilant victors of Slauson Junior High's morning seventh grade "Flag Football" team, who won their title last week at a "Superbowl" playoff between morning and afternoon teams. Slauson is on a split shift this year. Tackling is not allowed in flag football, but flags on the boys' belts must be grabbed instead. This was the first playoff at Slauson between morning and afternoon teams. The happy winners are (back row, from left) Dewey Sexton, Dave Worley, Jeff Bodley, Ted Wilson and Herbert Twining and (front row, from left) Kenneth Richardson, Steve Vangelatos, Mark Newton (captain), Dean Kokales and Clifford Newbury. (News photo by Jack Stubbs)
Copyright
Copyright Protected 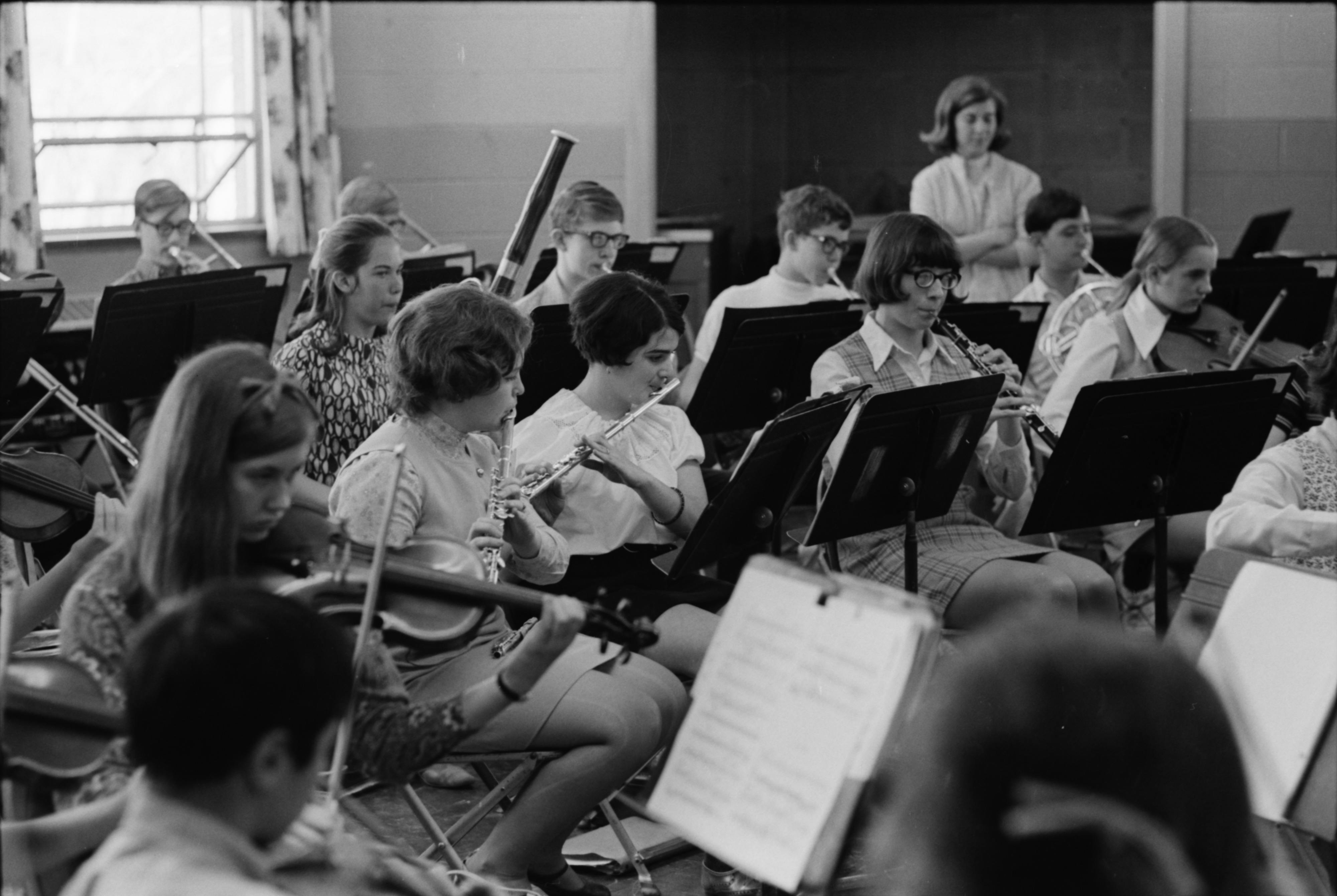 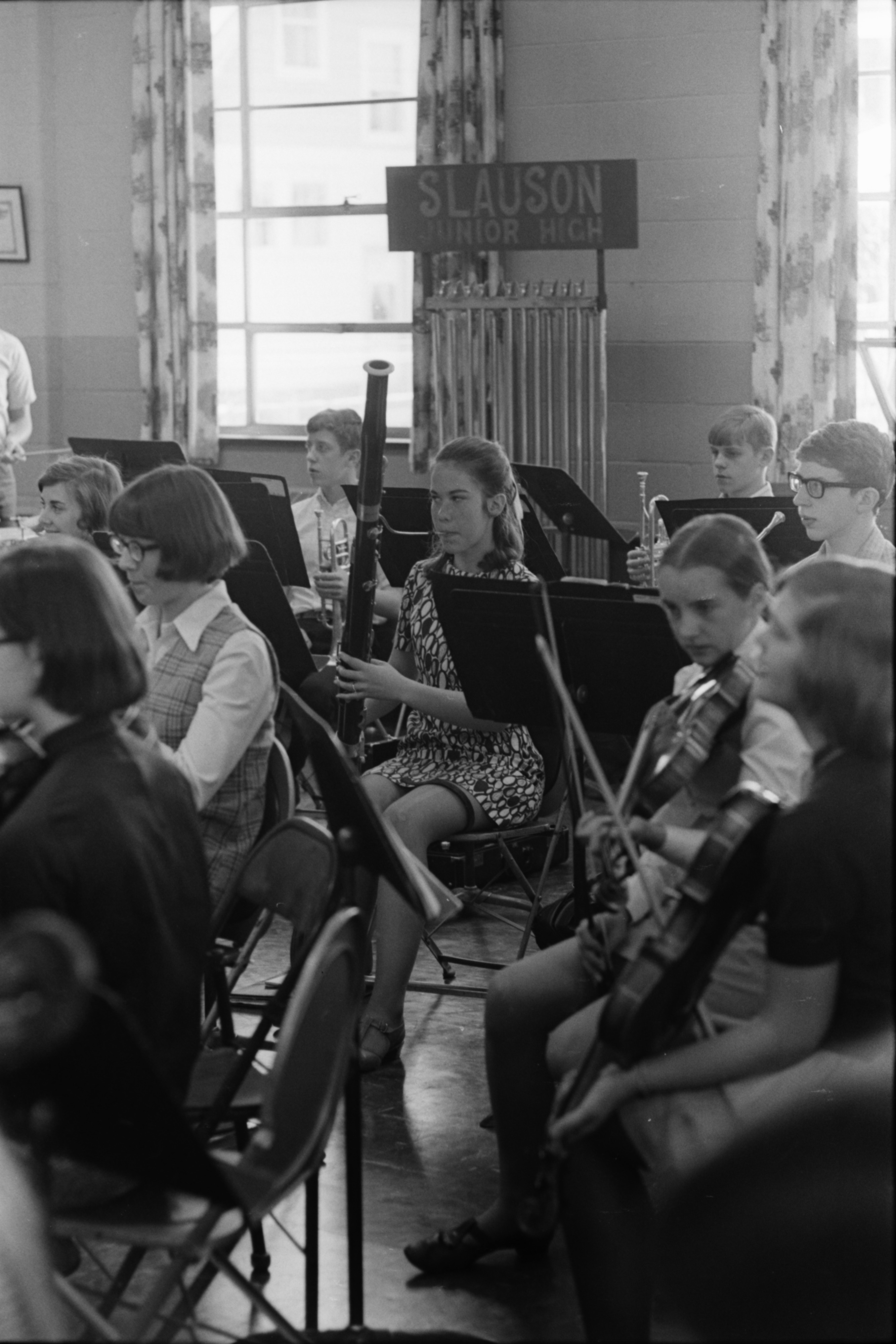