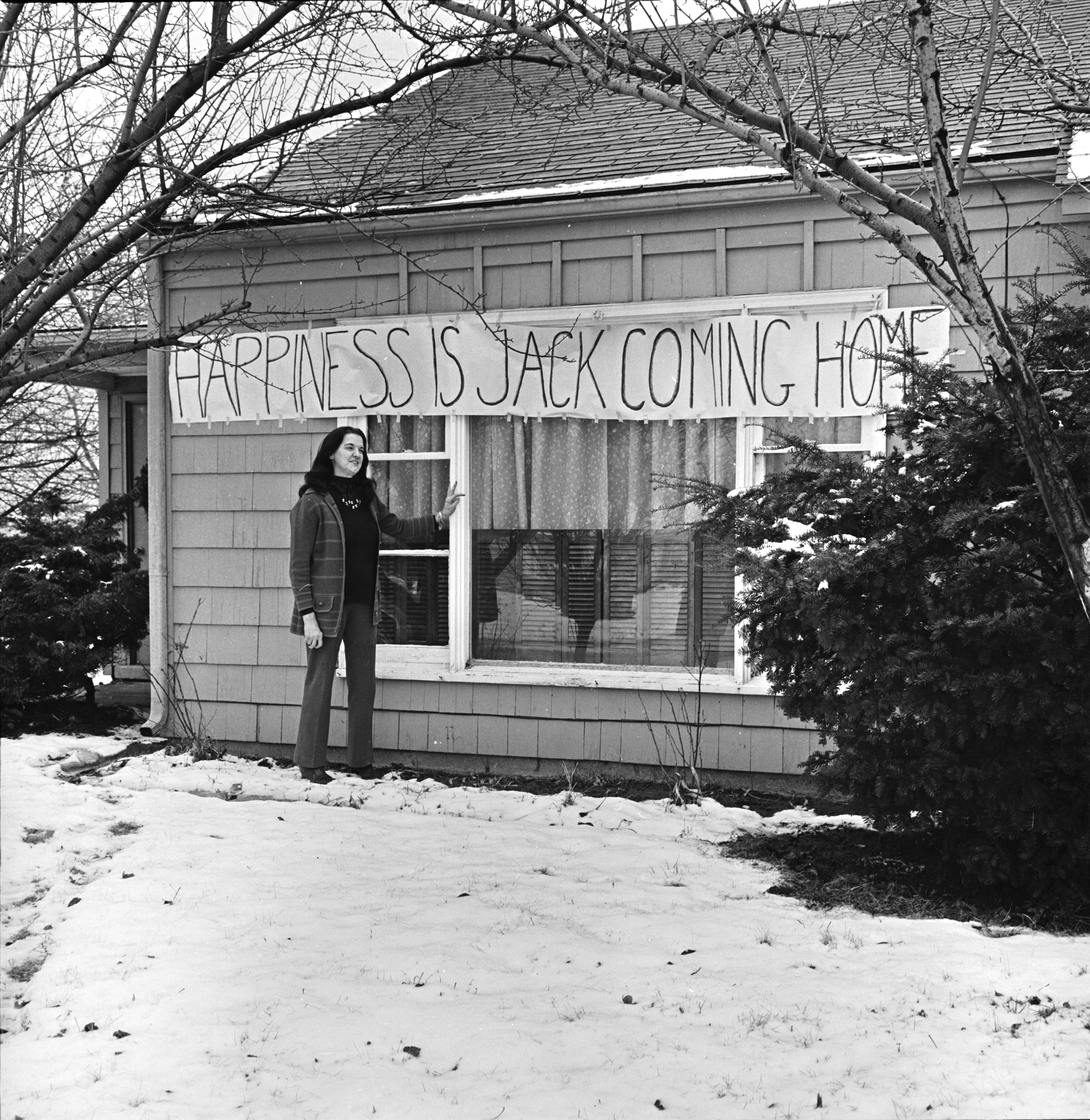 Published In
Ann Arbor News, February 15, 1973
Caption
'Can't Stop Being Excited' Mrs. Aline C. Bucher isn't afraid she's violating the city sign ordinance with this notice posted at the front of her home at 2226 Parkwood Ave. The sign, of course, is to welcome her son, Jack, 26, due to be released soon from a prisoner of war camp in Laos. Capt. Butcher, a 1969 U-M graduate, was shot down during a reconnaissance flight on March 24, 1971. Mrs. Butcher, a teacher at Slauson Middle School, says she "can't stop being excited."
Copyright
Copyright Protected
Subscribe to 2226 Parkwood Ave