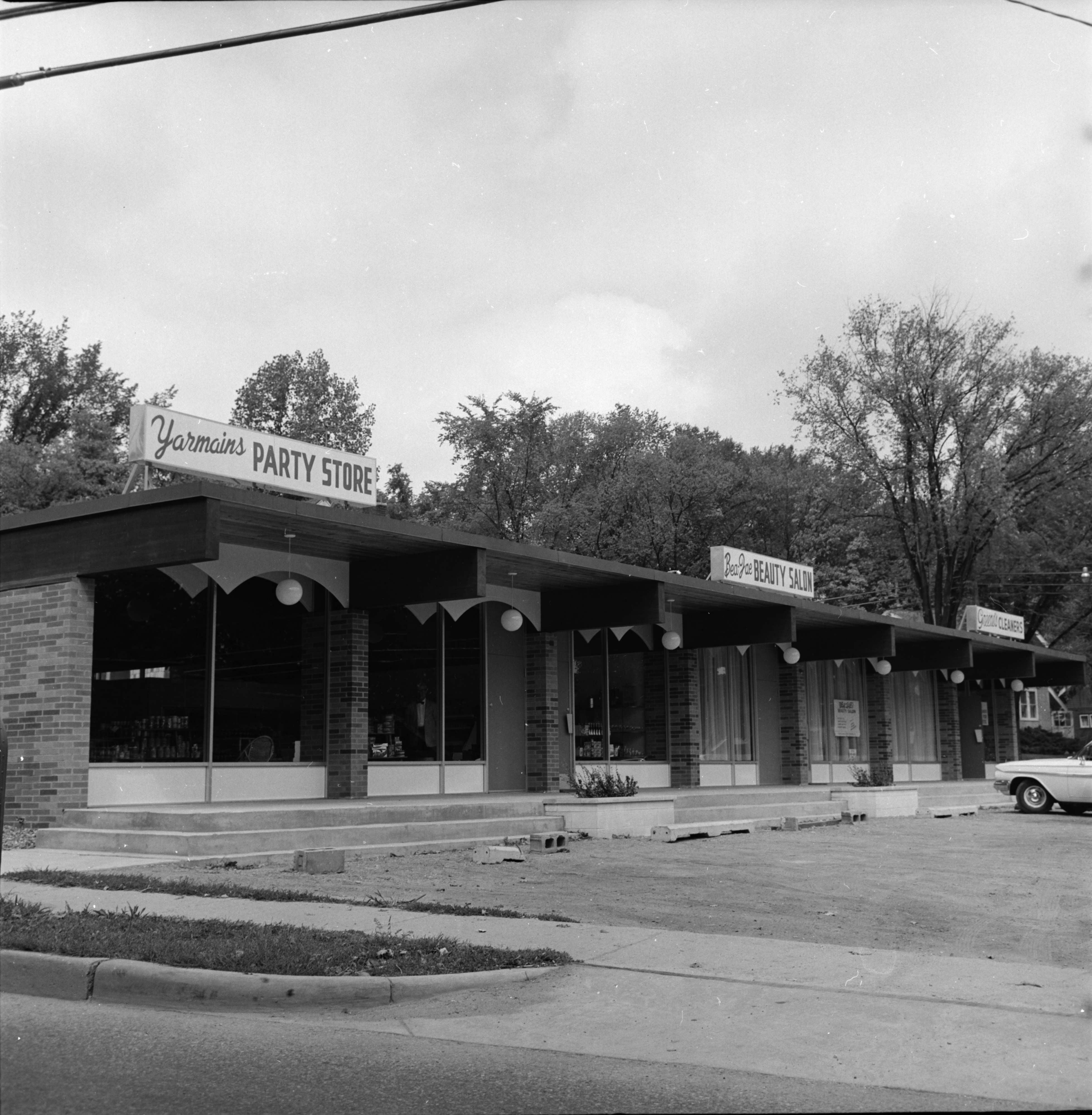 Published In
Ann Arbor News, September 7, 1963
Caption
AT JACKSON AVE. 'POINT': This new four-store installation at 1606-1612 Jackson Ave. was built by Harry Yarmain of Ann Arbor, co-owner of Yarmain's Party Store which occupies one of the units within the setup. Other occupants are the Bea Jae Beauty Salon, which is owned by Mrs. Bette Puckett and Mrs. Joyce Goberdhan; the Point Barbers, co-owned by Joseph Huczak and David Murphy, and Green's Cleaners and Furriers. An old Yarmain store at 1602 Jackson is to be razed to make way for more off-street parking. A grand opening is planned at the Yarmain installation in about two weeks. Cost of the facility was not announced.
Copyright
Copyright Protected 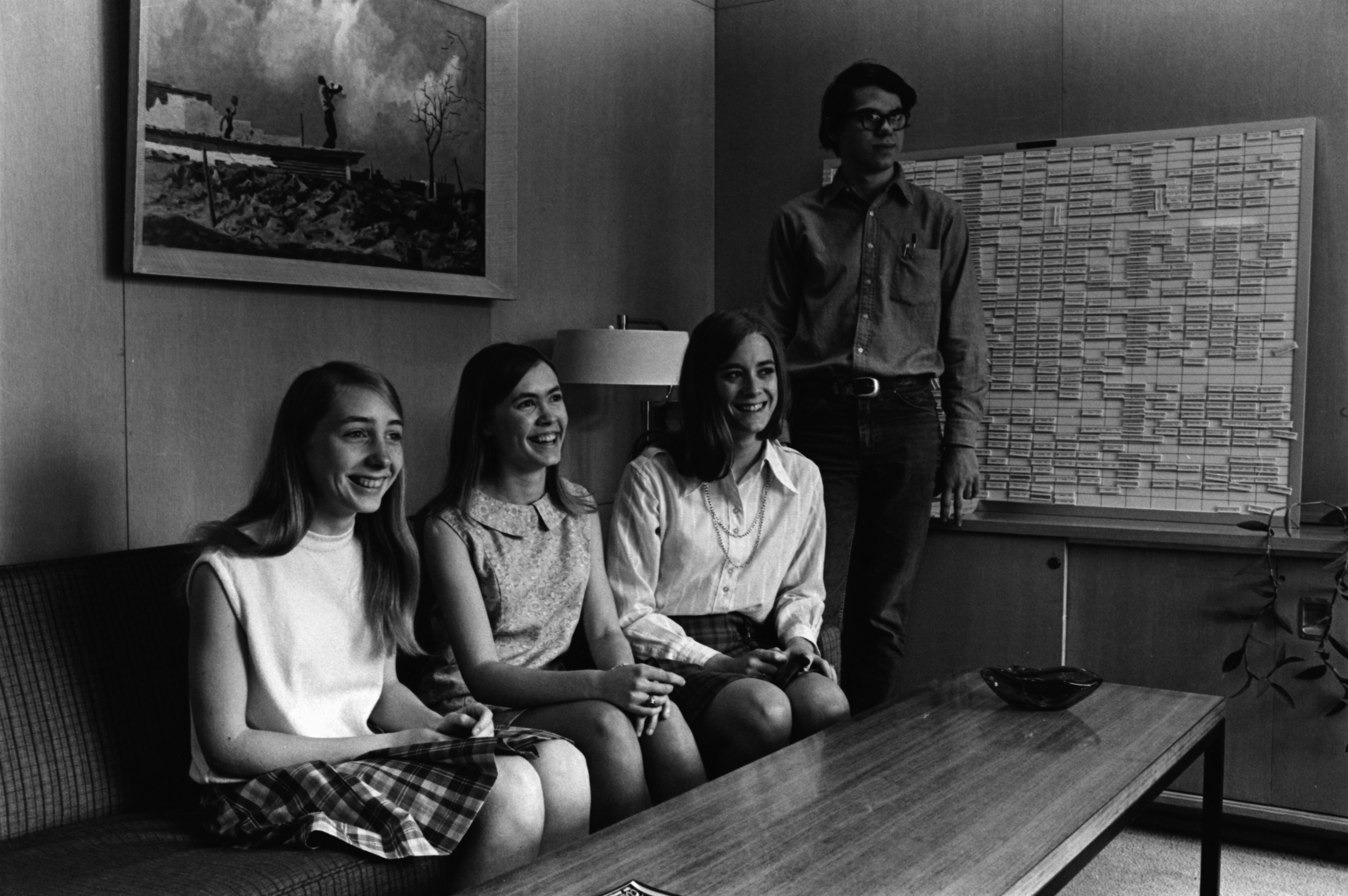 Published In
Ann Arbor News, June 7, 1970
Caption
Looking Happy Looking pleased at the fact they have earned all-A grades during their years at Pioneer High School are these four students (from left) Ellen Bishop, Lisa Friedrichs, Pam Davis and David Murphey. Special recognition will be given to these graduates Thursday during the commencement ceremonies.
Copyright
Copyright Protected
Subscribe to David Murphy