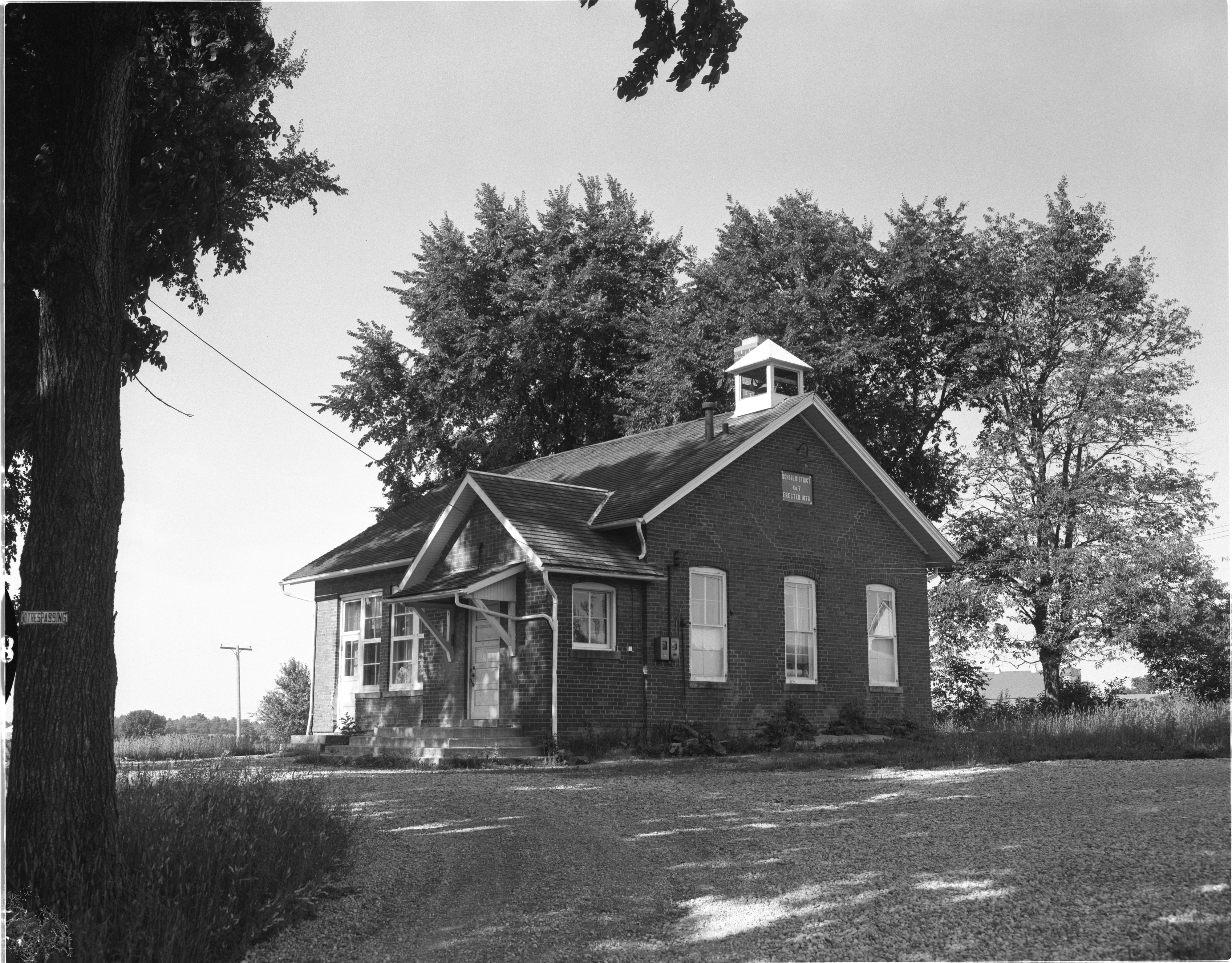 Published In
Ann Arbor News, July 19, 1956
Caption
POPKINS SCHOOL: One of several small rural schools in Ann Arbor township is Popkins School at Earhart and Plymouth Rds. The one-room structure was built in 1878. Recently, some of these township school districts have been annexed to the Ann Arbor city school system.
Copyright
Copyright Protected 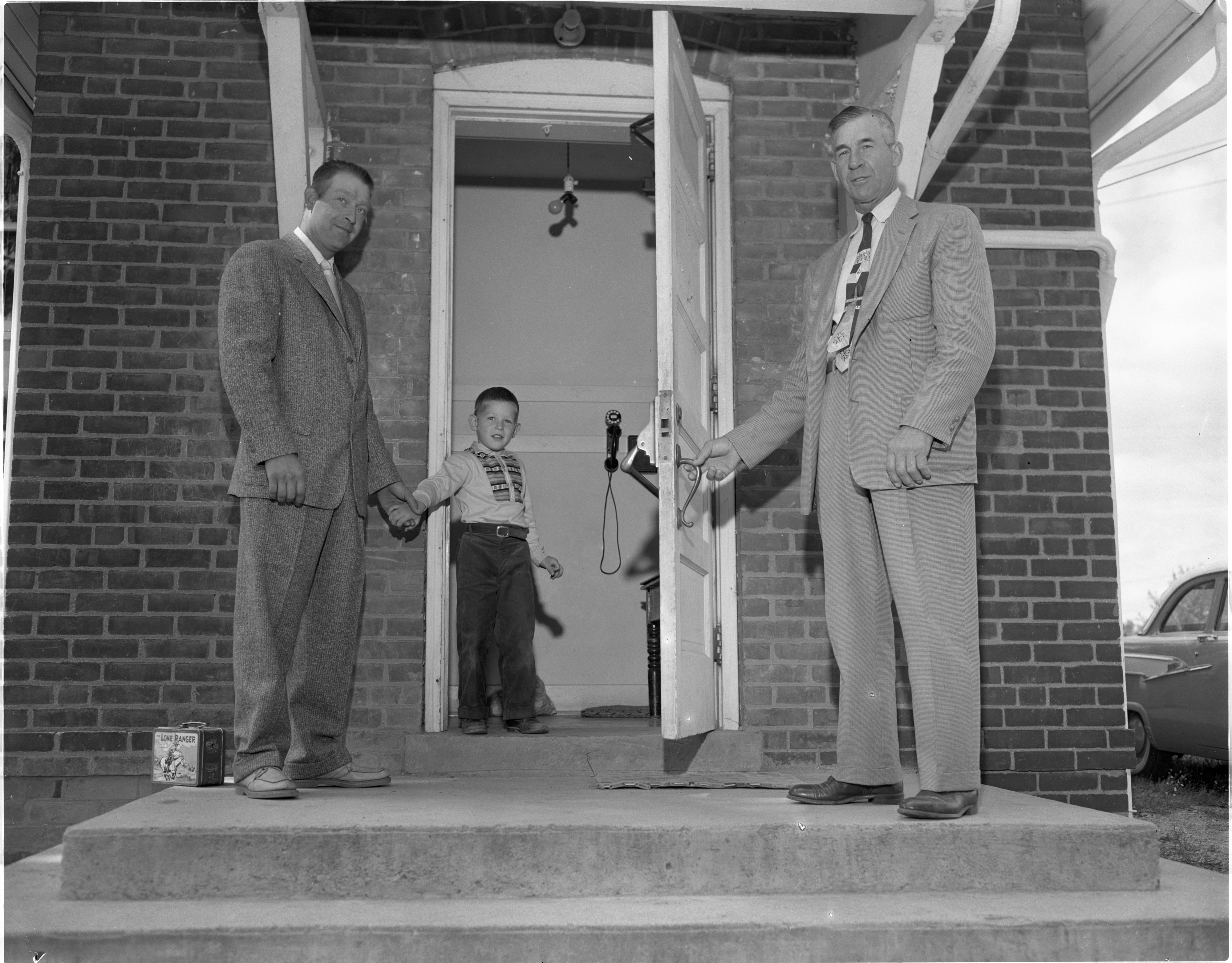 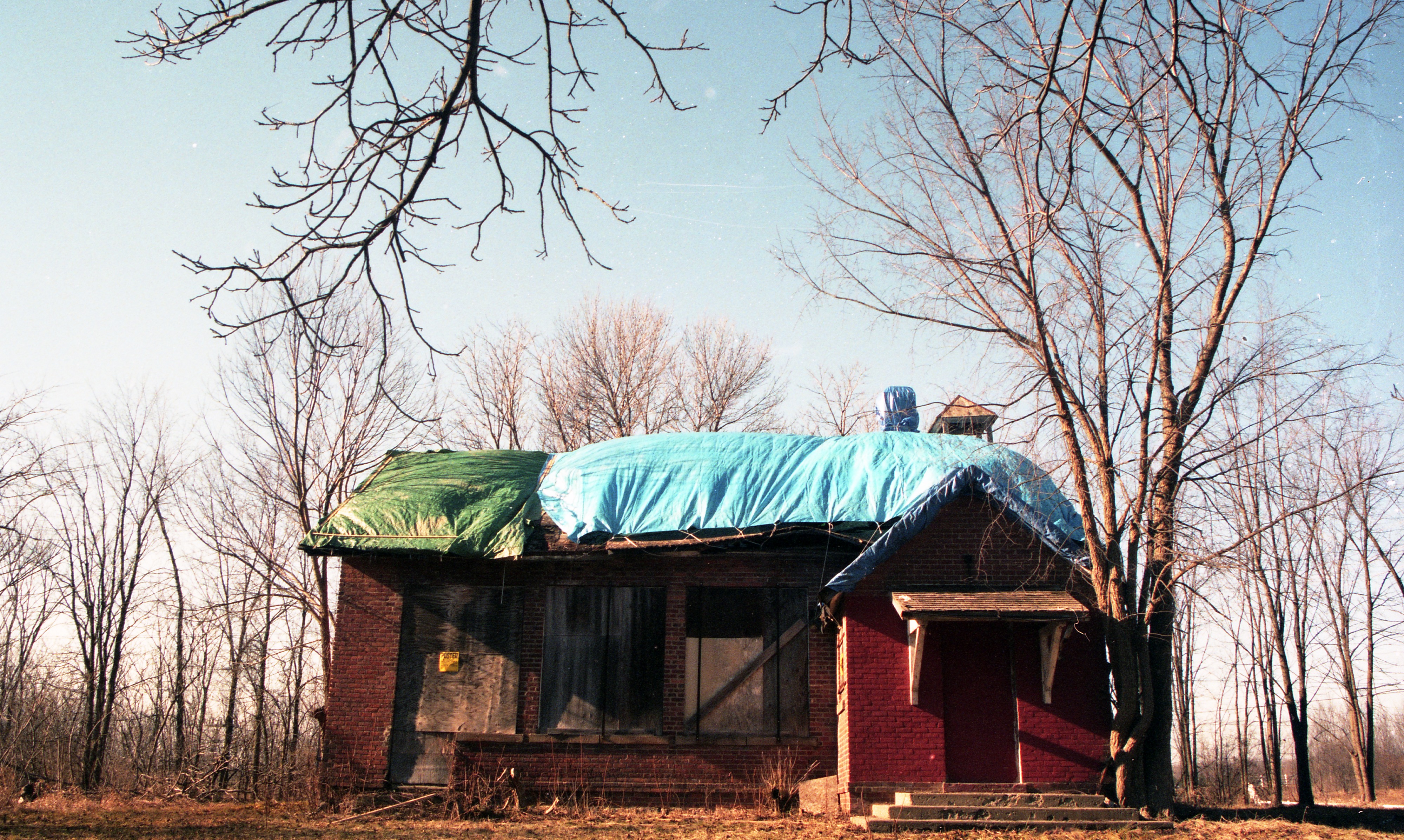 Published In
Ann Arbor News, January 12, 1998
Caption
Popkins School, a one-room schoolhouse at the corner of Plymouth and Earhart roads, was nearly destroyed by a fire in 1983 and has slowly deteriorated since then.
Copyright
Copyright Protected 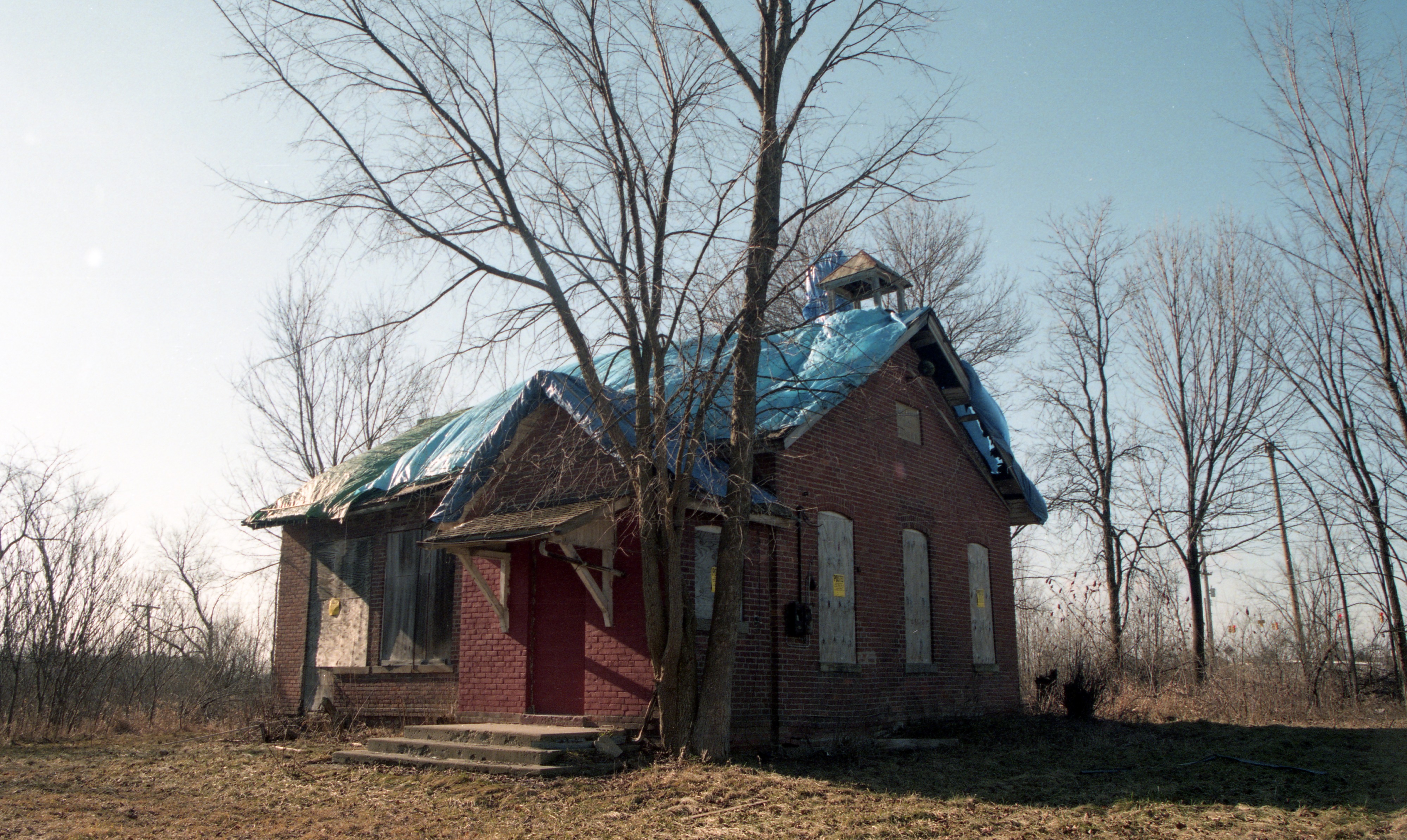 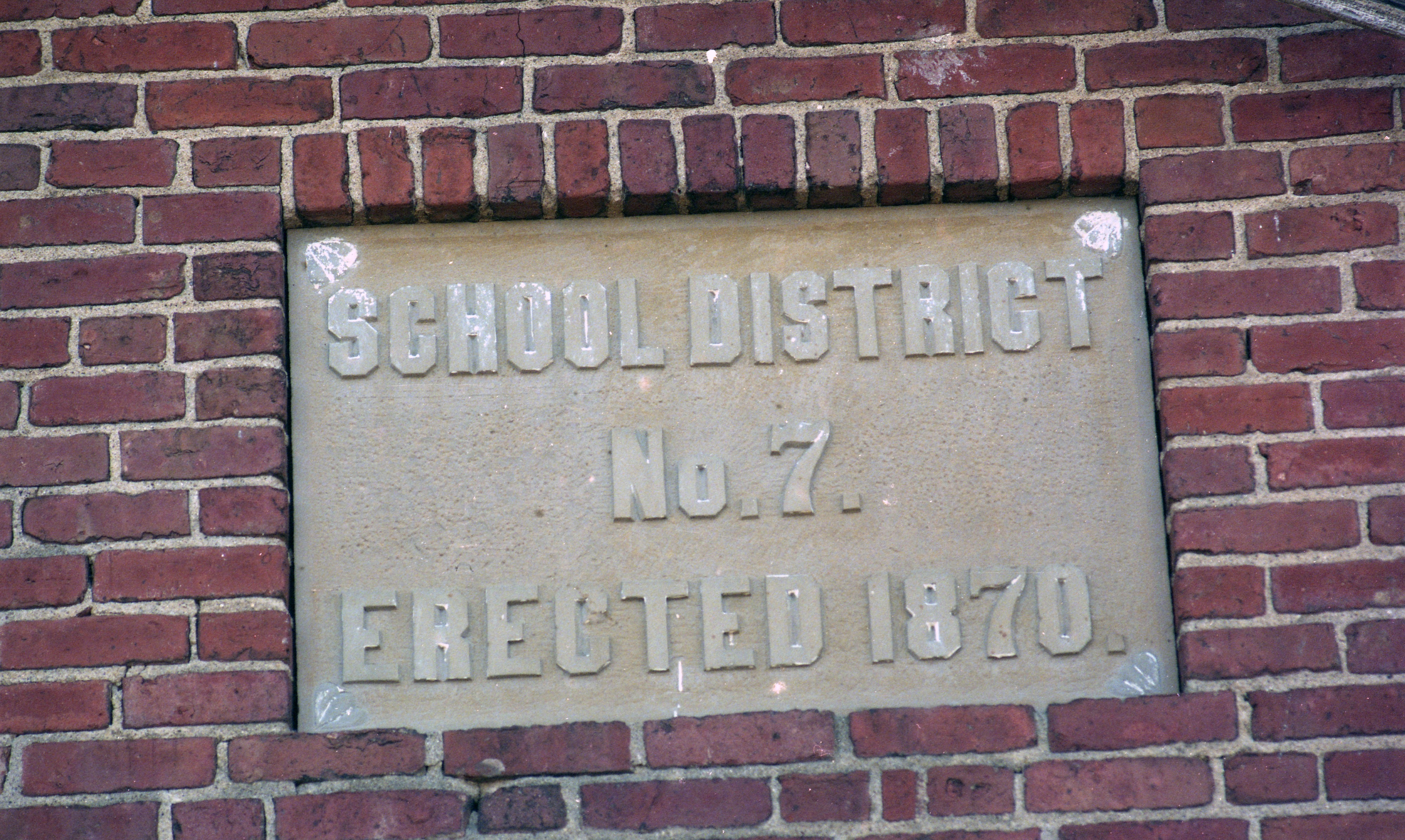 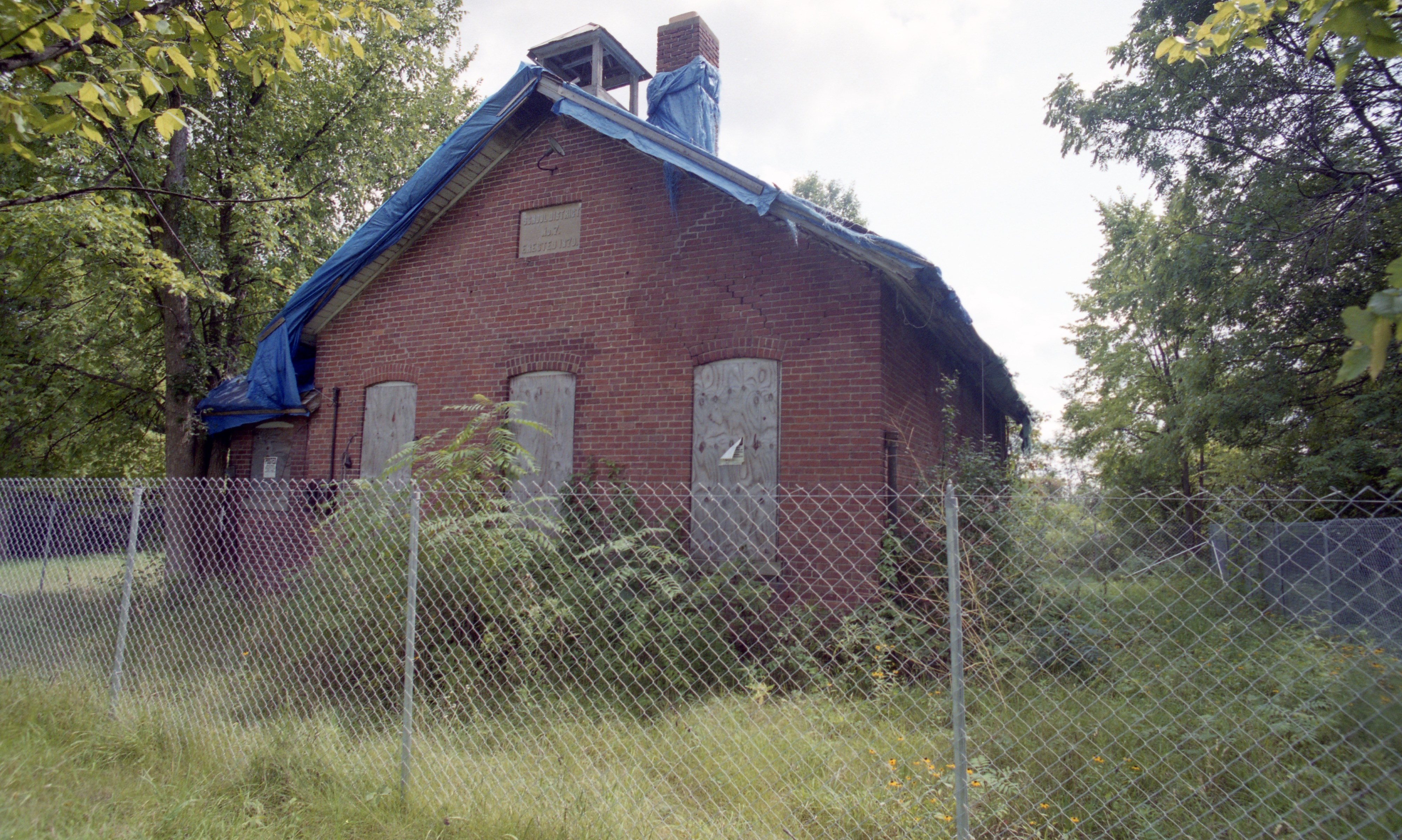 Popkins School may be revived as part of complex 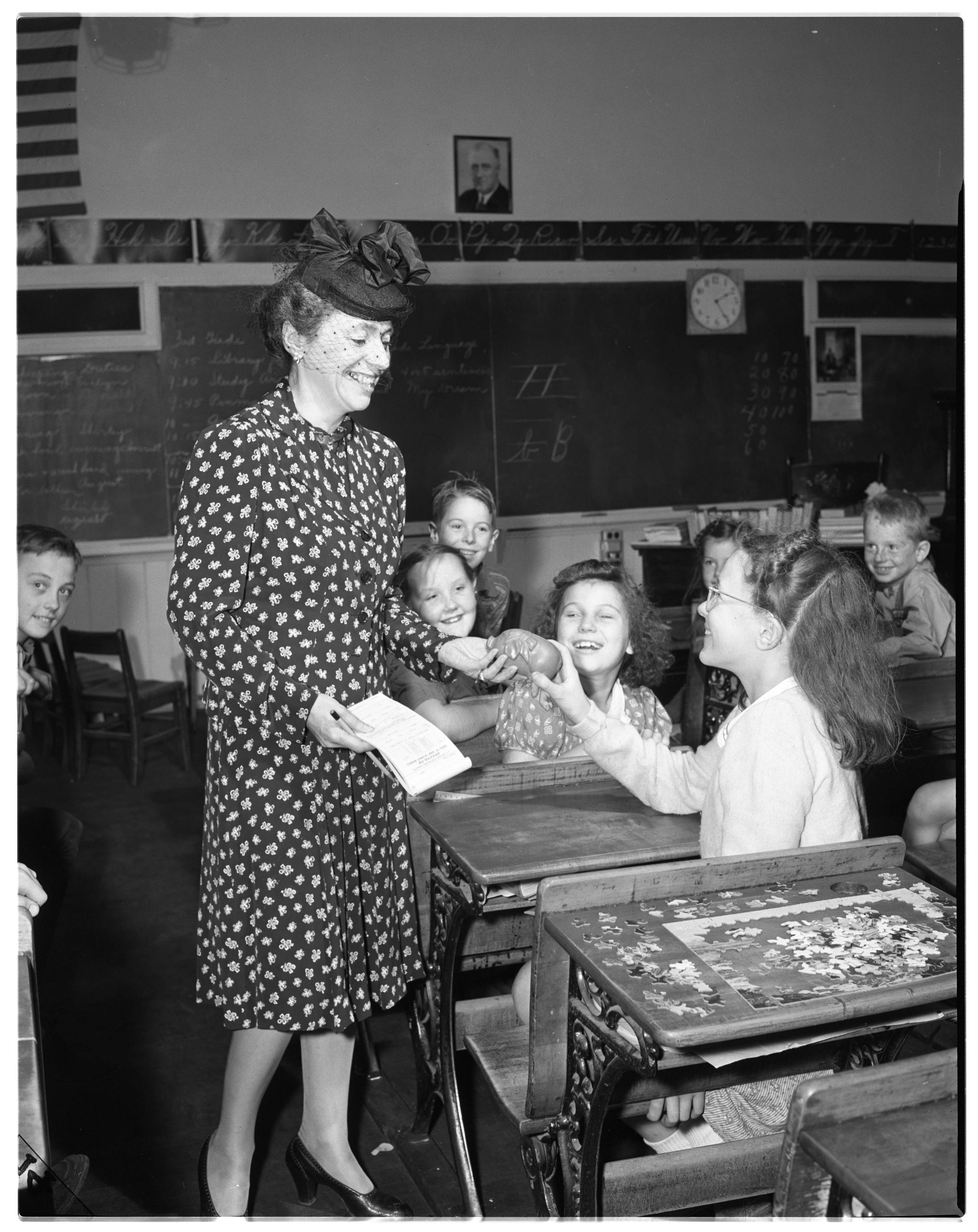 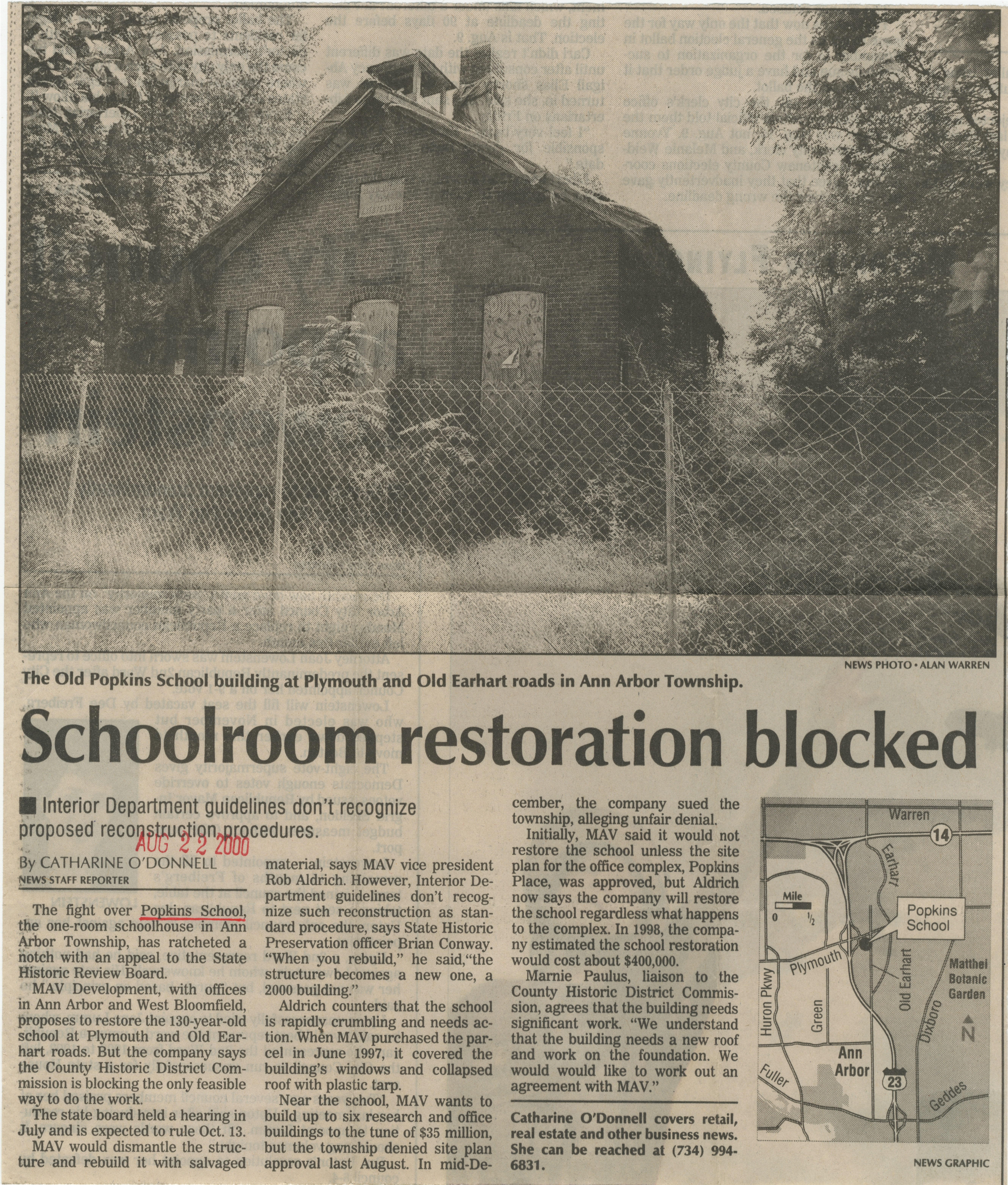