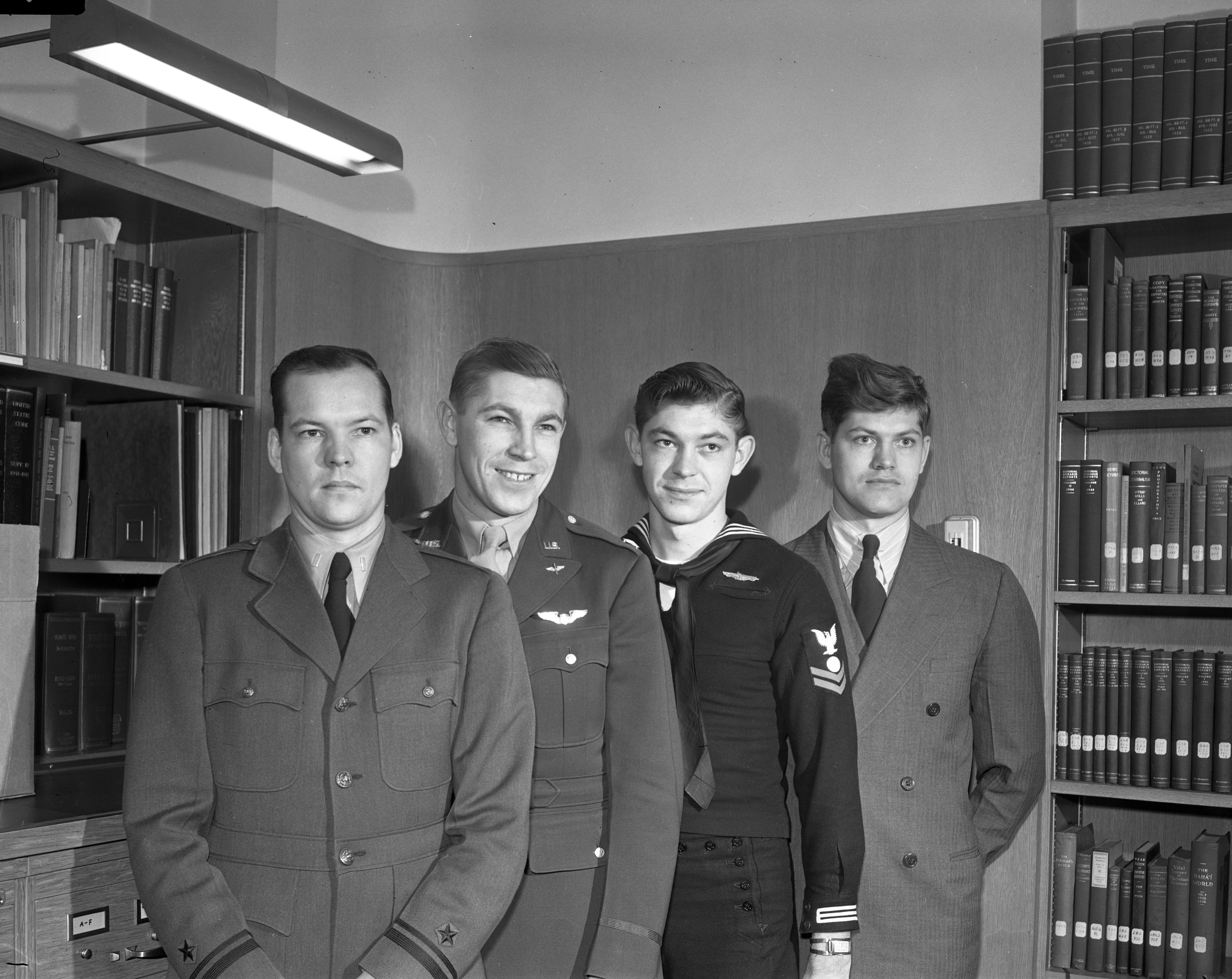 Published In
Ann Arbor News, November 20, 1945
Caption
Reunited after 18 months in the four corners of the earth the four High brothers have just spent seven days together and with their parents, Mr. and Mrs. John B. High, 2660 Packard Rd. Pictured here by The News photographer just before they were to split up again, they are (left to right) Jean, a Navy lieutenant, Russell, a lieutenant colonel in the Air Forces, Bob, electrician's mate, 2/C, in the submarine service of the Navy, and LeRoy, chemist, of Detroit.
Copyright
Copyright Protected 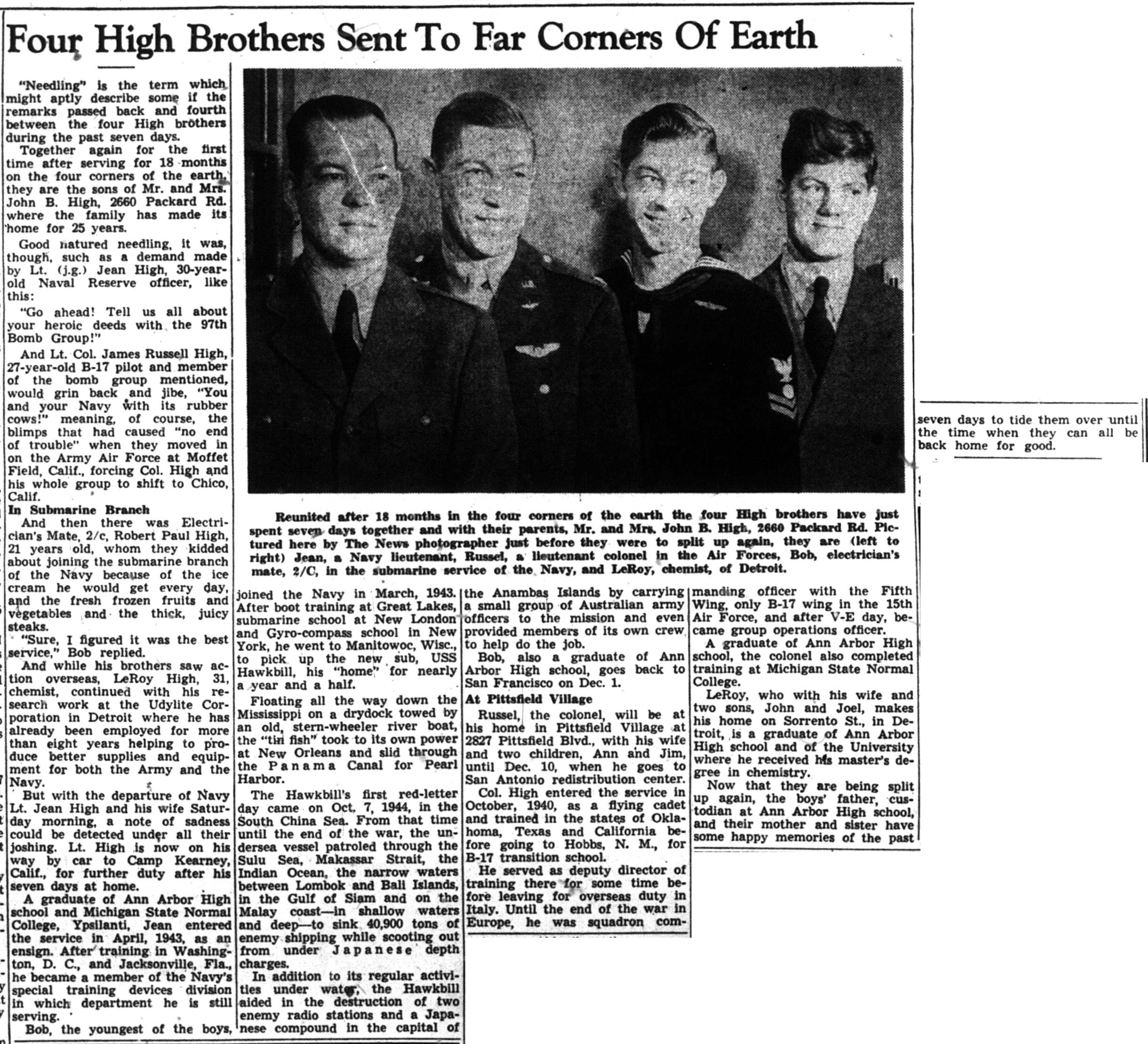 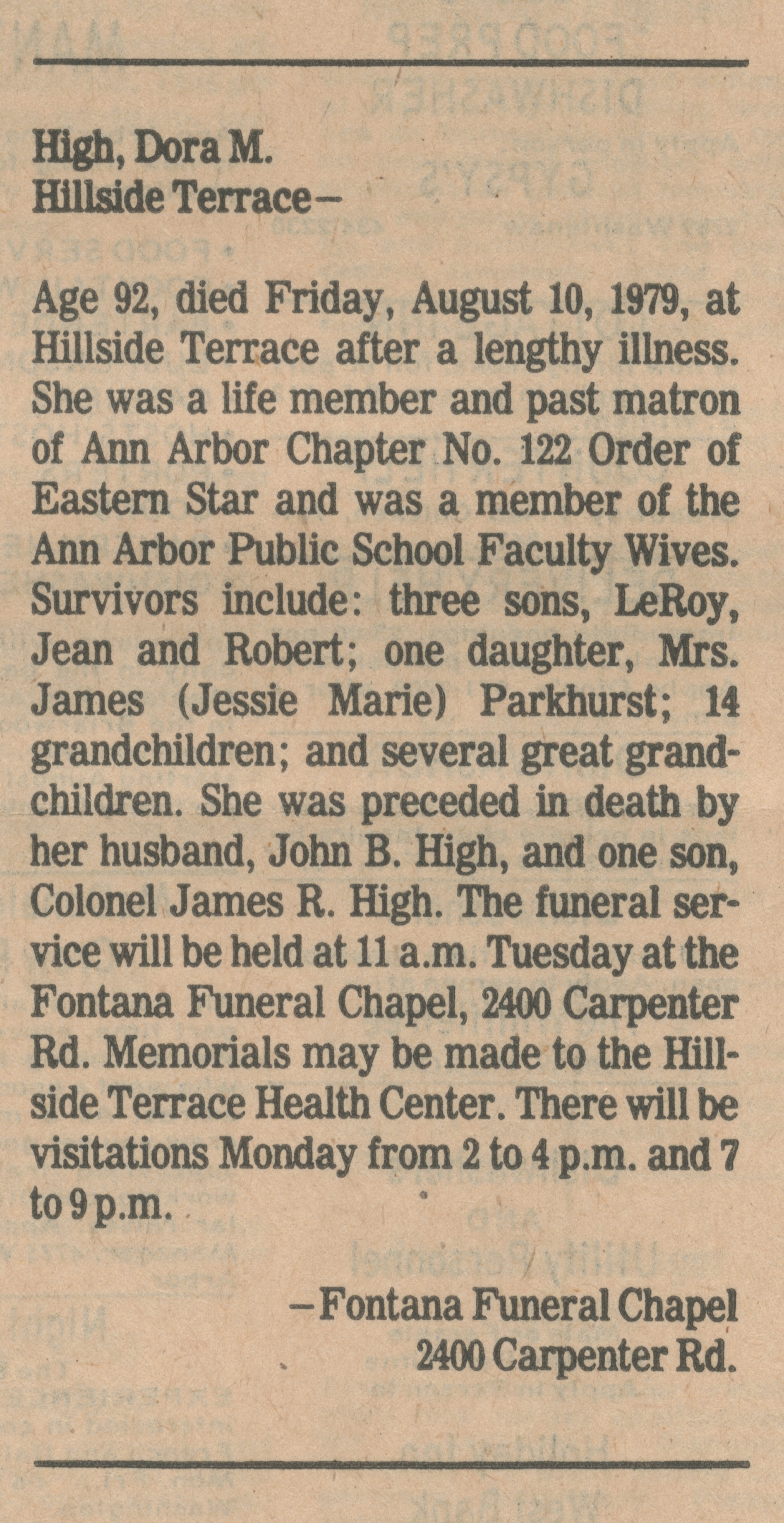 Ex-Colonel In Air Force Dies At 58