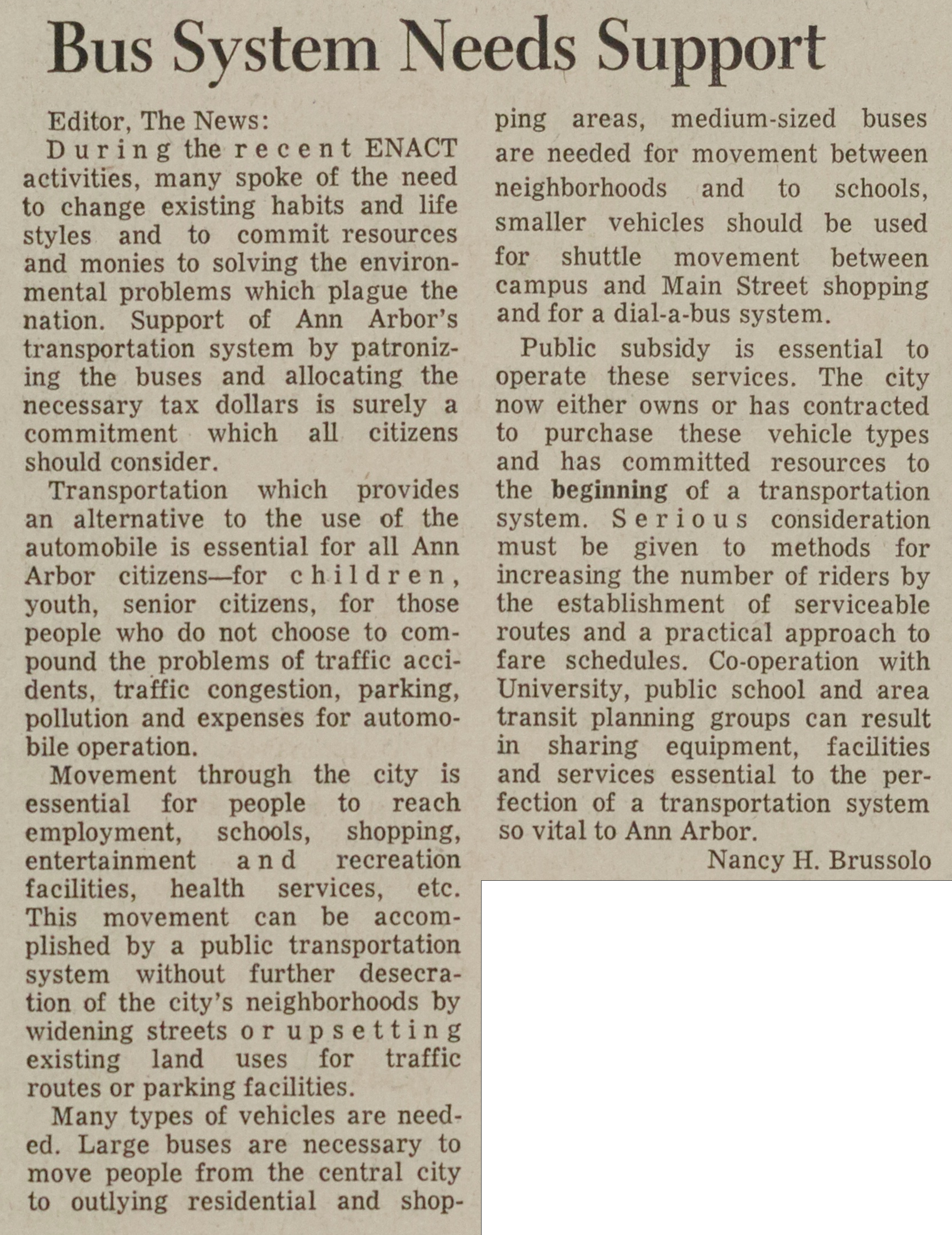 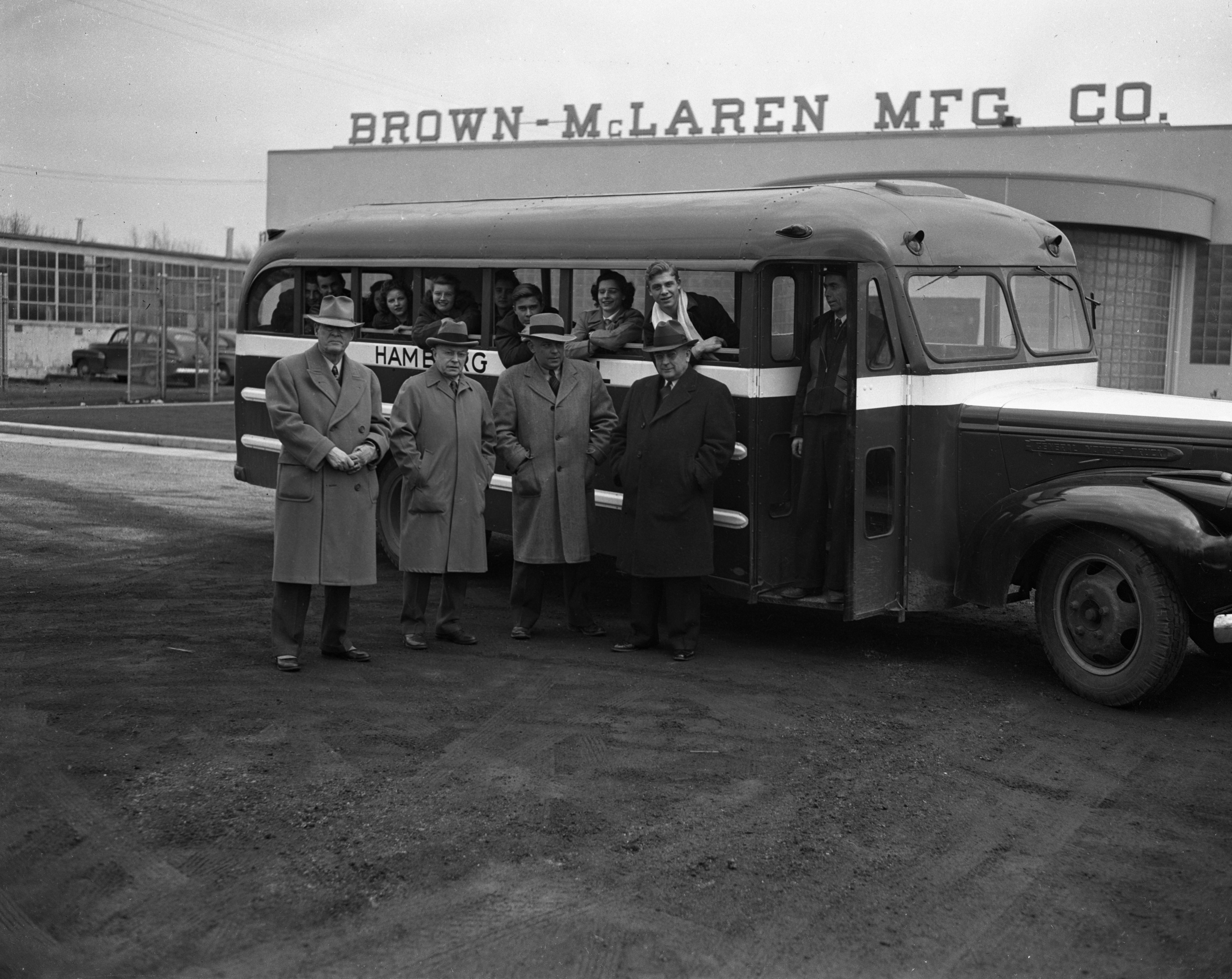 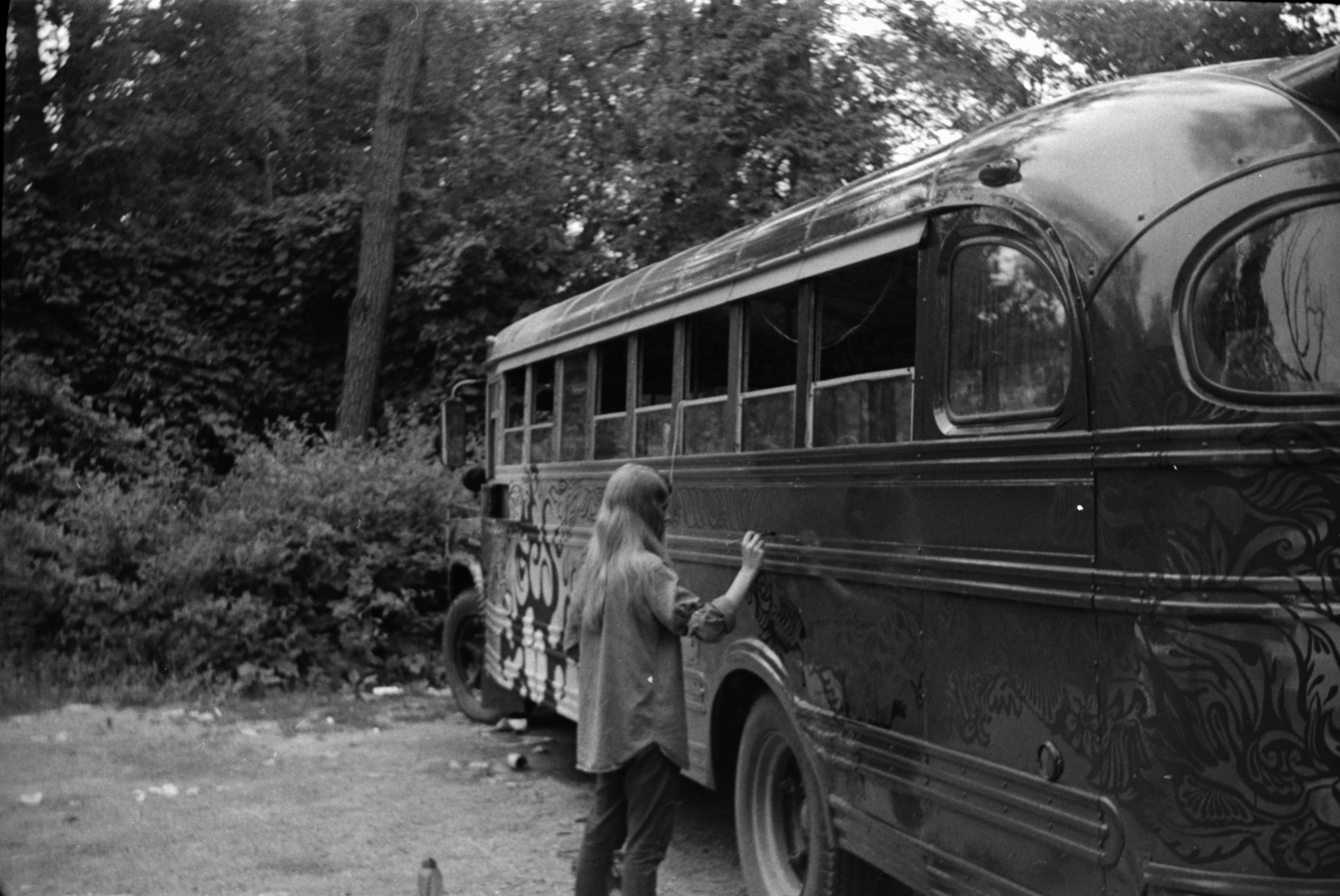 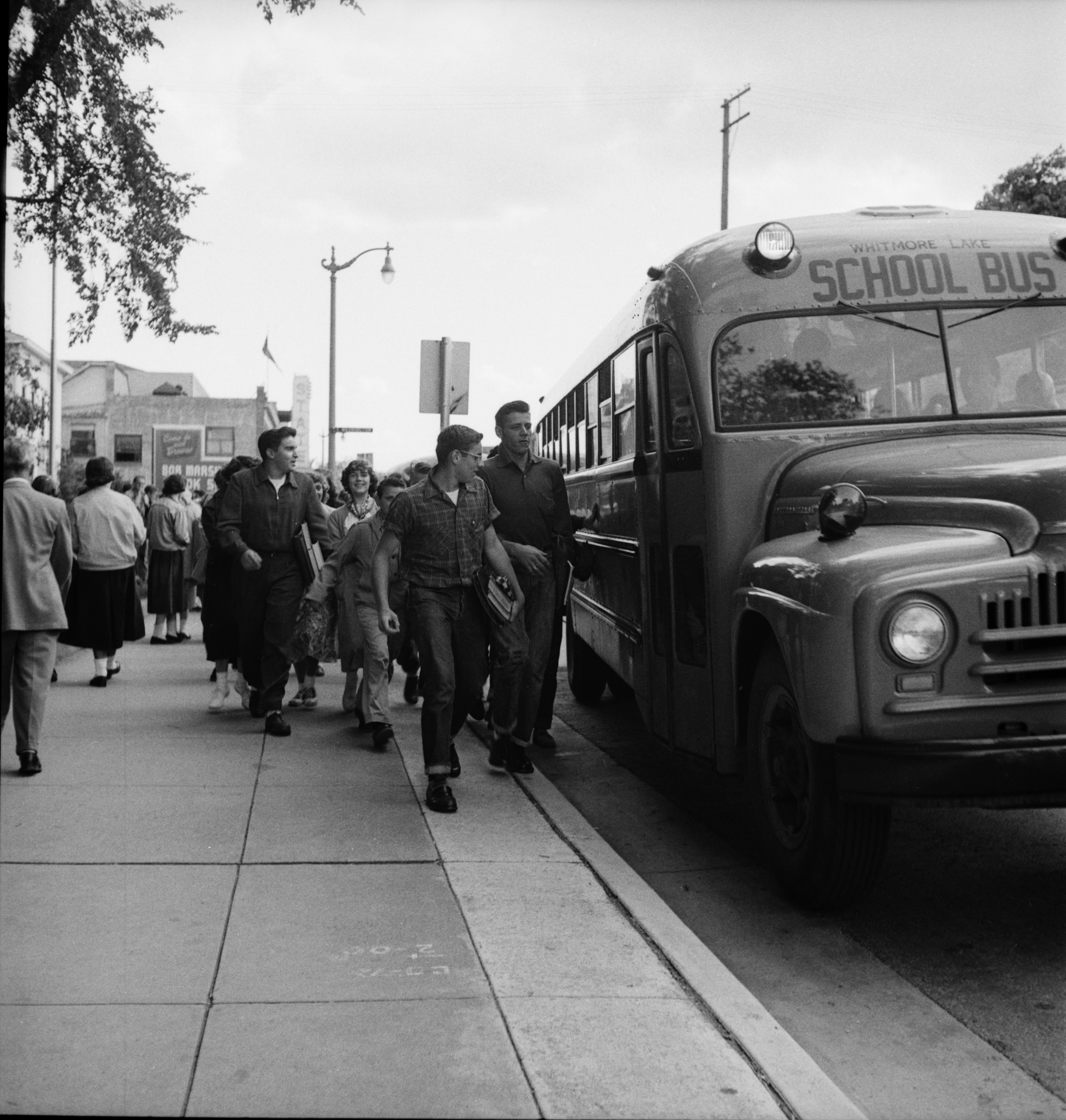 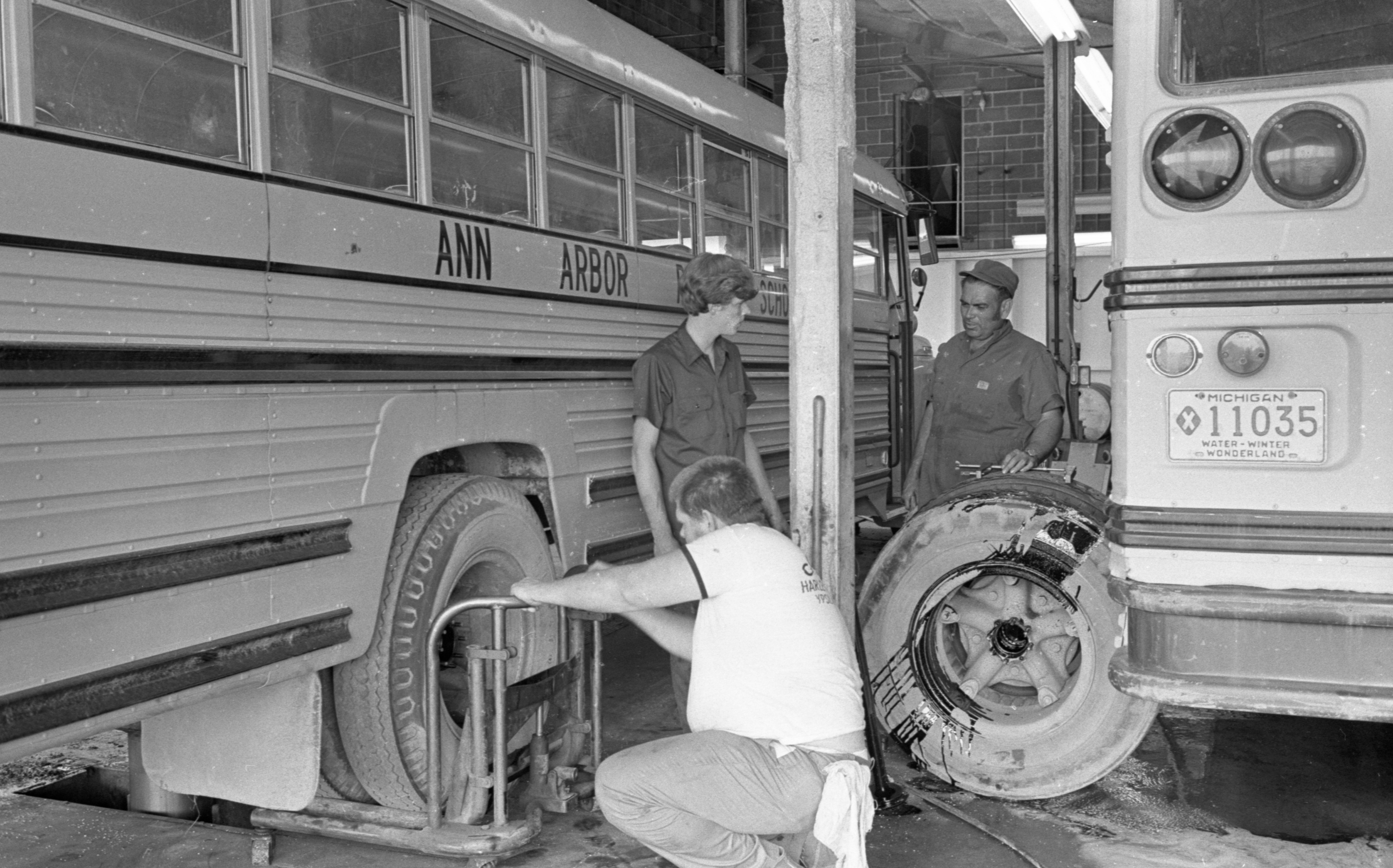 Published In
Ann Arbor News, August 12, 1970
Caption
Getting the Ann Arbor Public Schools' fleet of 51 buses ready to go this fall is no small job, and mechanics have been busy with repairs and regular maintenance this summer. The public school buses are used to transport children in special education programs and those who live outside the city and 1 1/2 miles or more from school. Getting the buses in shape here are (from left) George Jones (kneeling), Arthur Spicer and Mark Millspaugh.
Copyright
Copyright Protected 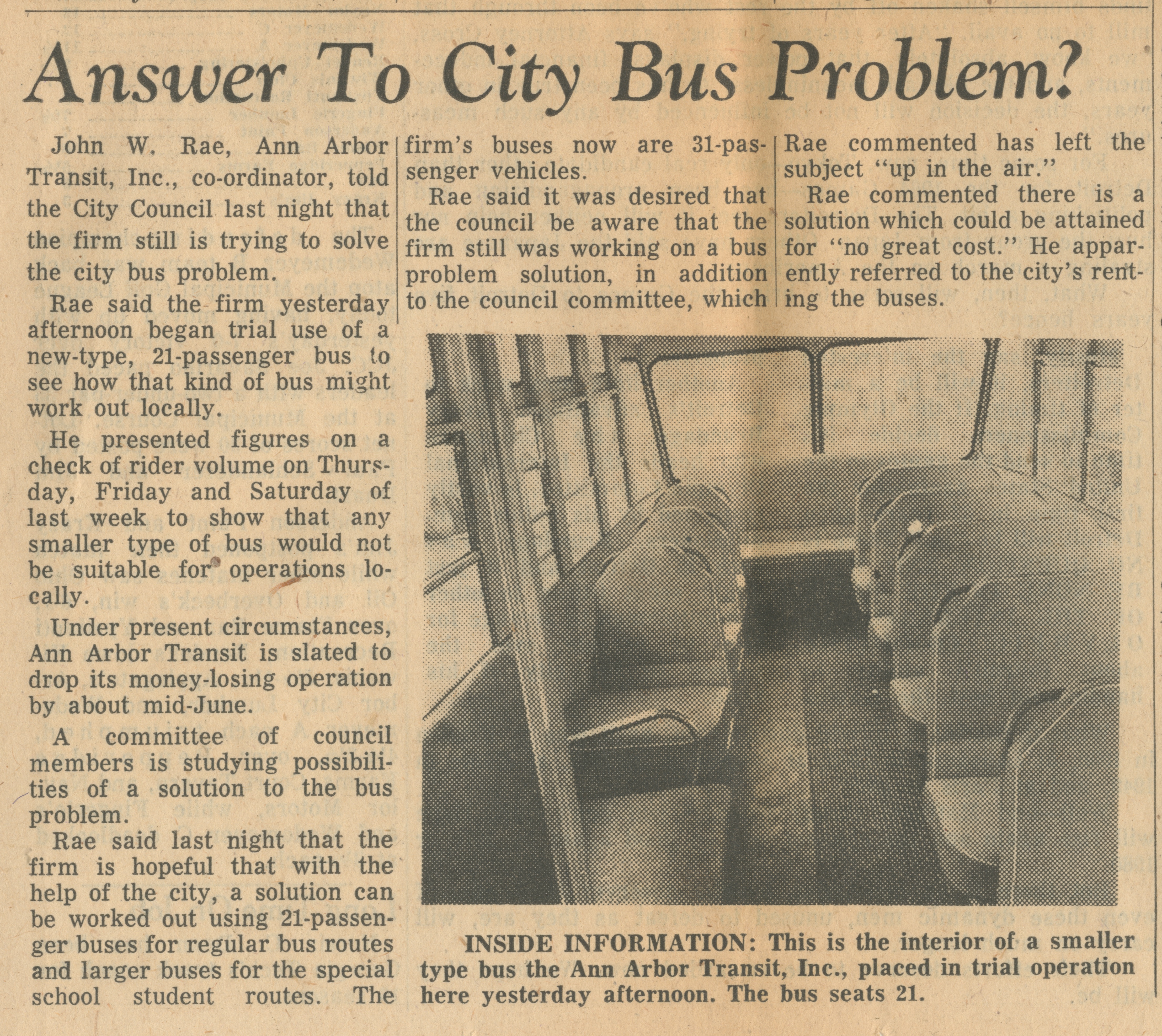 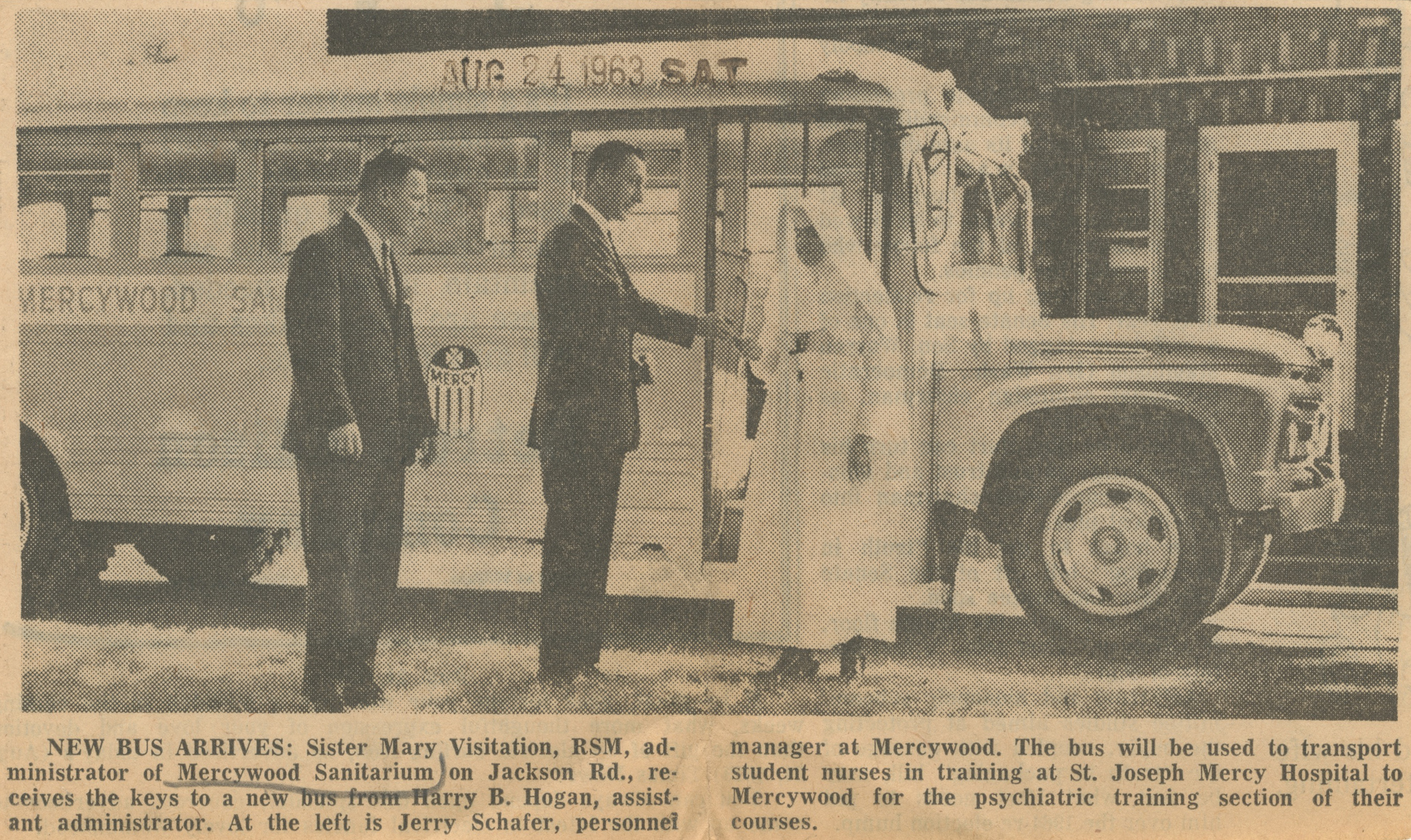 Two Ann Arbor City Transit buses on one of their last runs at Ann St. near Main, February 1969 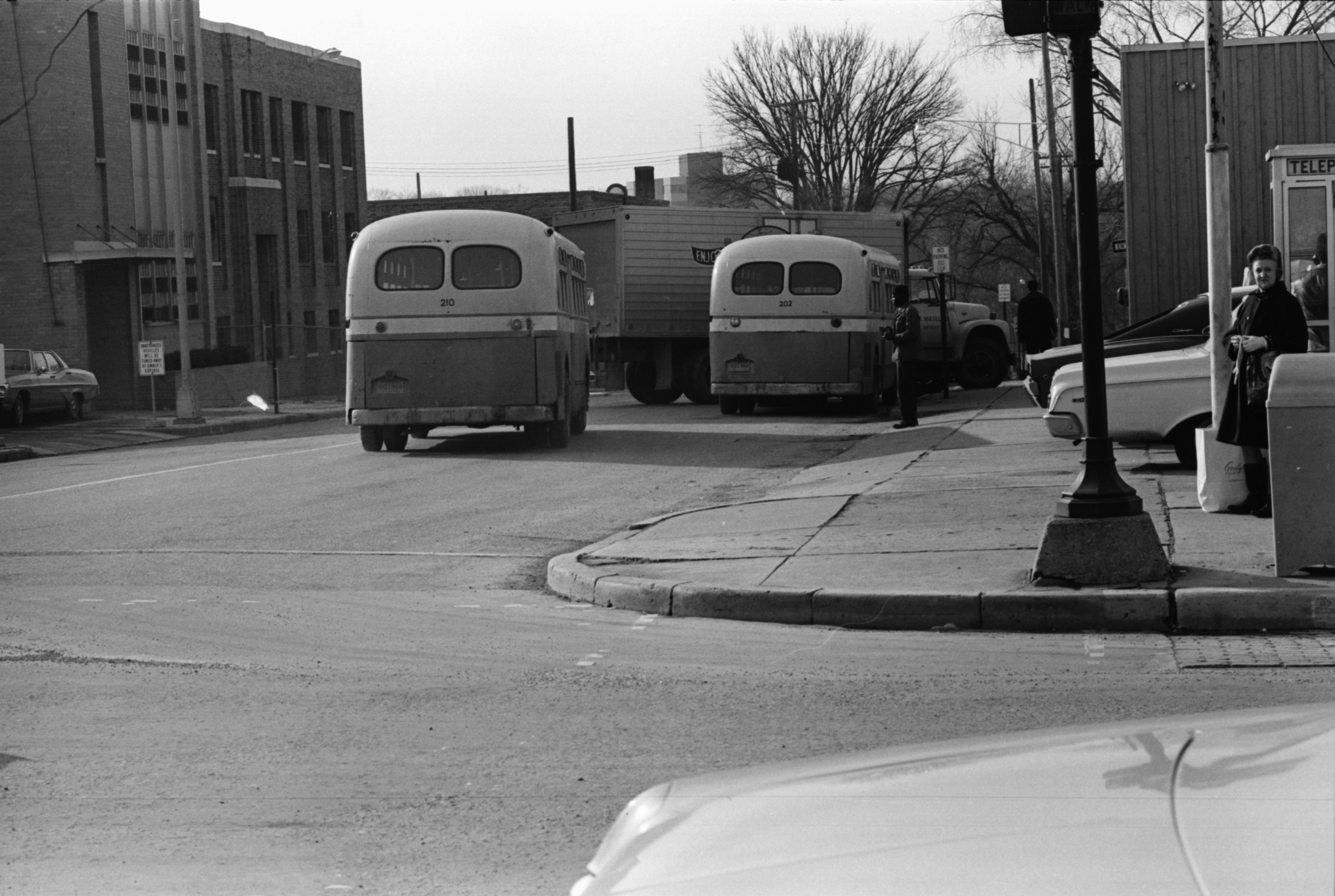 Published In
Ann Arbor News, February 1, 1969
Caption
Buses Start One Of Last Runs: Two Ann Arbor City Transit, Inc., buses begin one of their last runs for the city from a pickup point at Ann St. near Main. The contract between the city and Ann Arbor Transit ended at 11:59 p.m. yesterday. Meanwhile, it appears the city's search for buses will not end for at least 30 days. (News Photo by Cecil Lockard)
Copyright
Copyright Protected 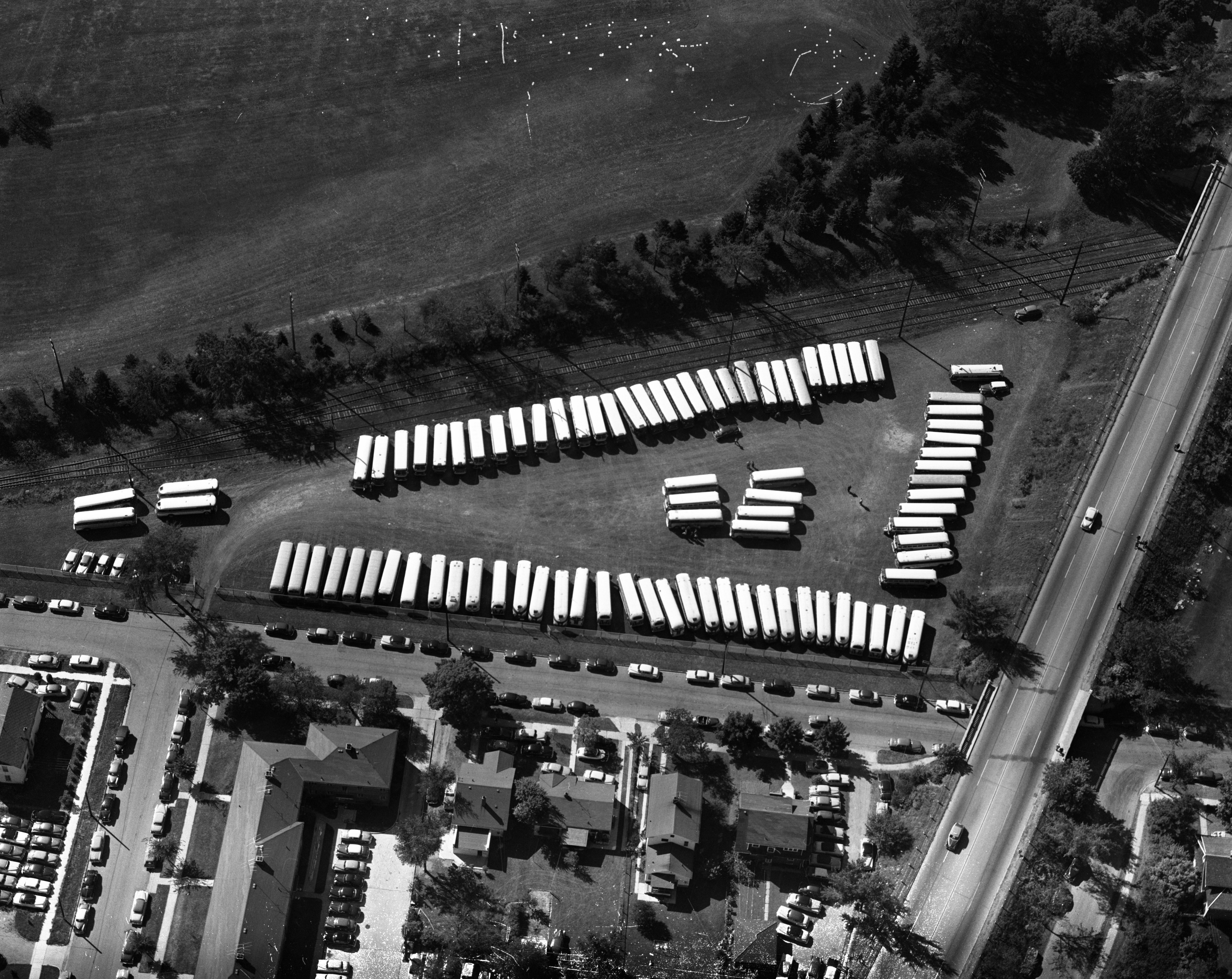 Published In
Ann Arbor News, September 29, 1952
Caption
A LOT OF FANS CAME BY BUS: These 88 special Greyhound buses parked in a tirigangular area bounded by Stadium Blvd, S. State St. and the Ann Arbor Railroad tracks just east of the University golf course indicate how a lot of fans came to Ann Arbor for Saturday's Michigan-Michigan State game. There also were a number of special trains.
Copyright
Copyright Protected 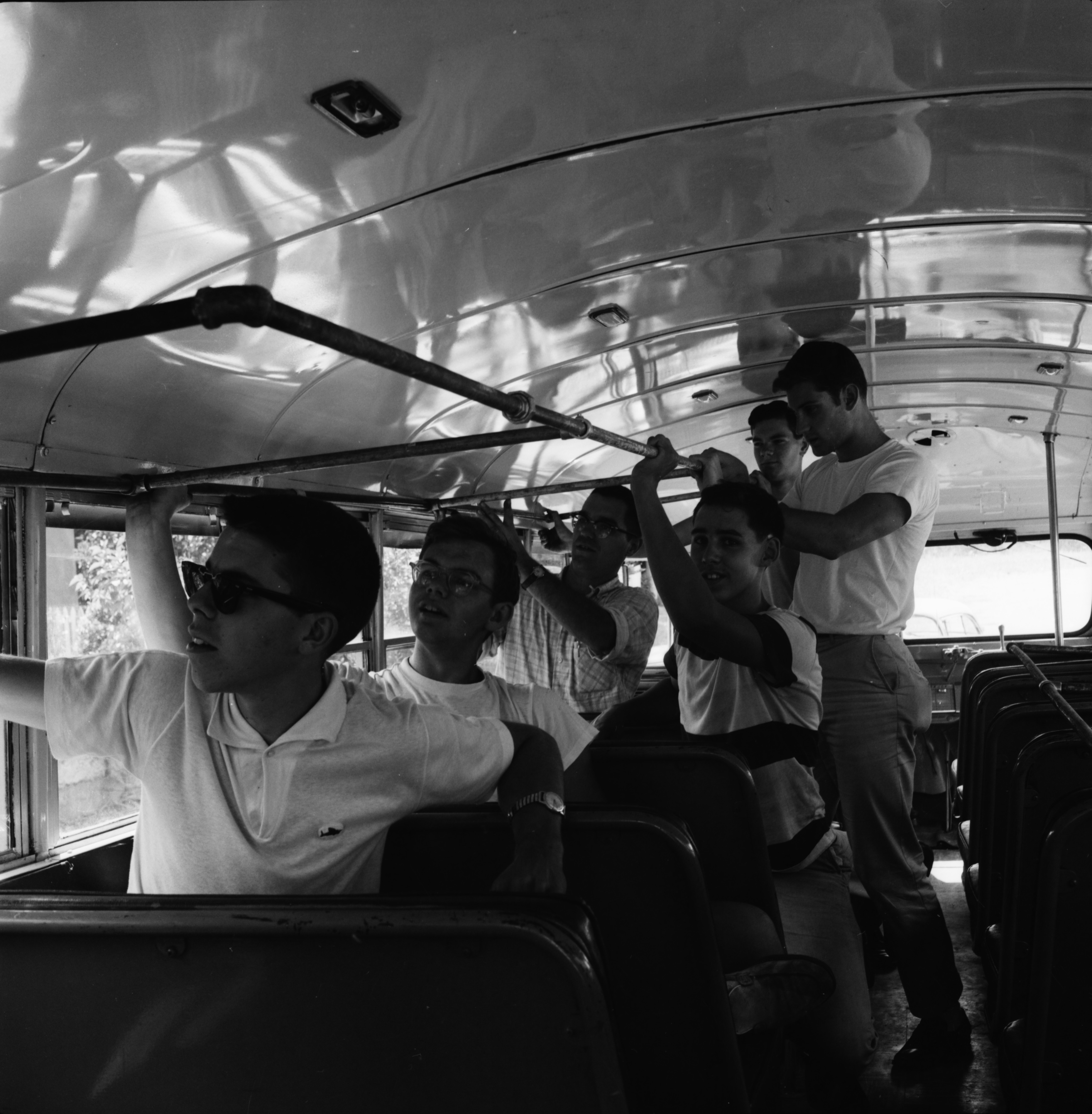 Published In
Ann Arbor News, August 12, 1960
Caption
Prepare 'Chariot': Members of the Senior Youth Fellowship of the West Side Methodist Church fit baggage racks they have made to the inside of their bus, the "Chariot." Twenty members of the group will leave tomorrow morning for Good Hart, Mich., where they will vacation and paint a small rural Baptist church during their stay.
Copyright
Copyright Protected
Subscribe to Buses