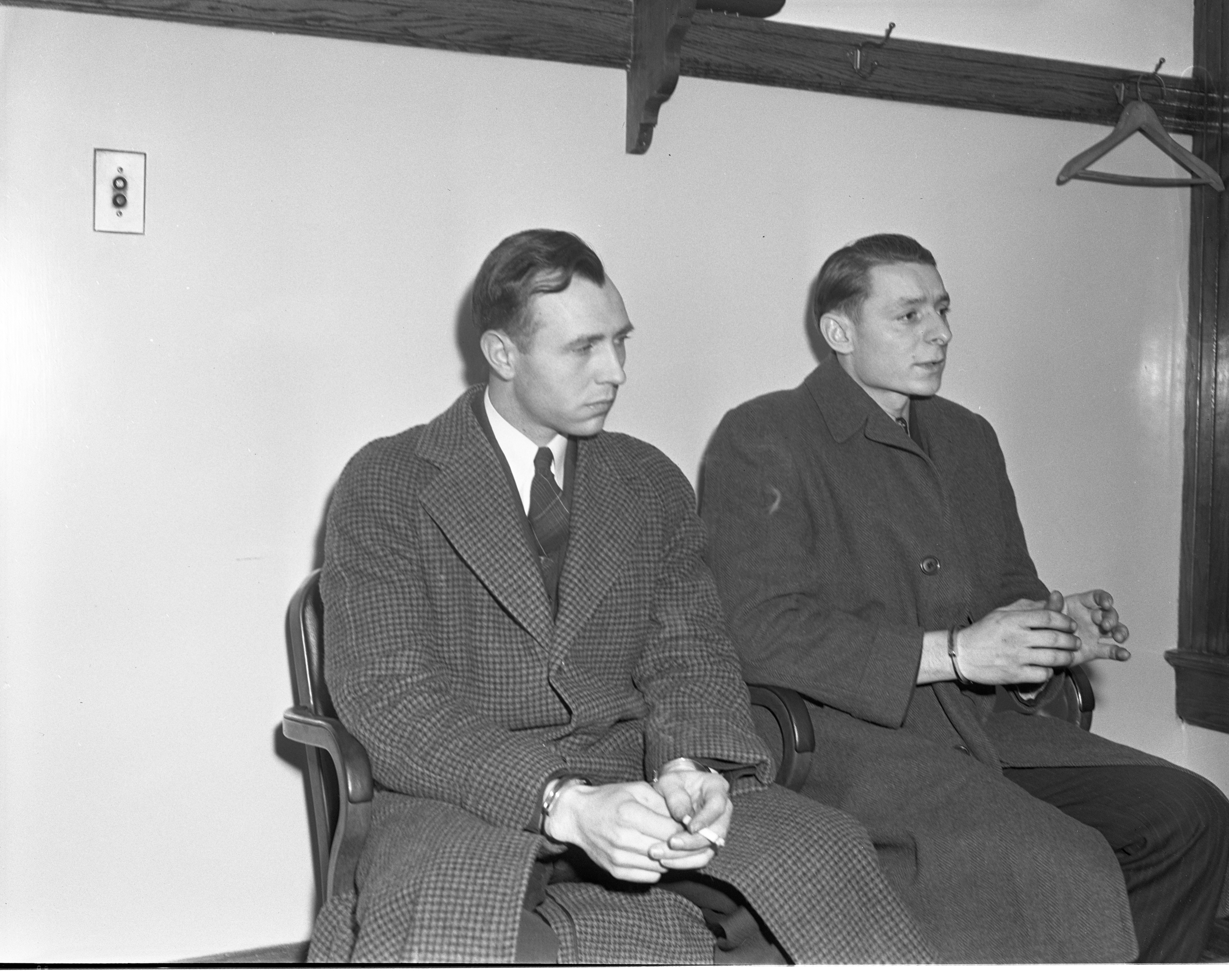 Published In
Ann Arbor News, January 13, 1941
Caption
FACE POSSIBLE 15-YEAR TERMS: Two house burglars, Ambrose Samuel DeHaven, 29 years old, (left), and Raymond J. Nowicki, 23, (right), both of Pontiac, are shown at the police station Saturday night following their arrest when they became lost and returned to the scene of one of their three confessed robberies. Both were armed but offered no resistance, although Nowicki later said they would have shot it out with Patrolman Rolland J. Gainsley had they seen him first. The burglary charges carry sentences up to 15 years in prison.
Copyright
Copyright Protected 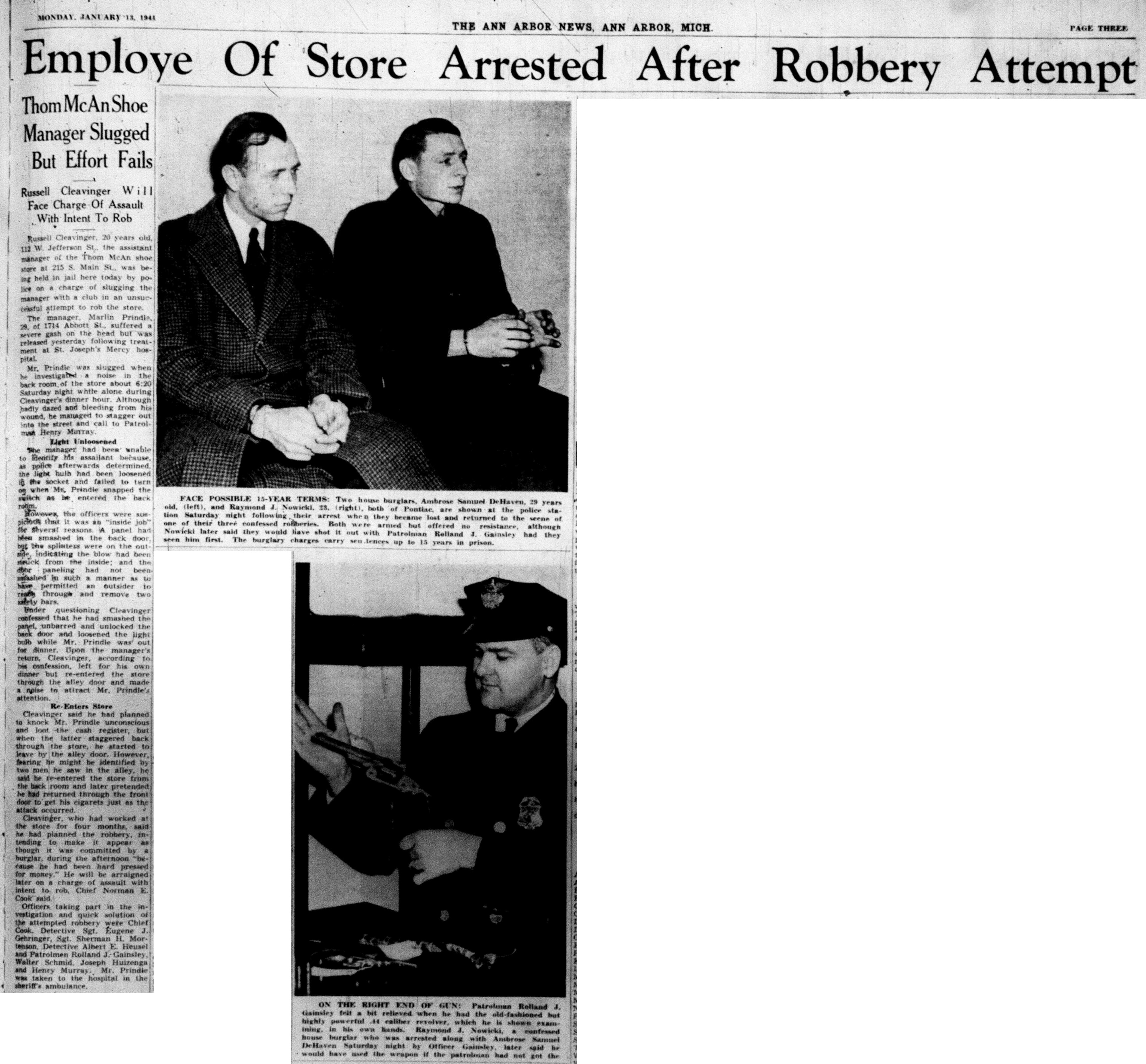