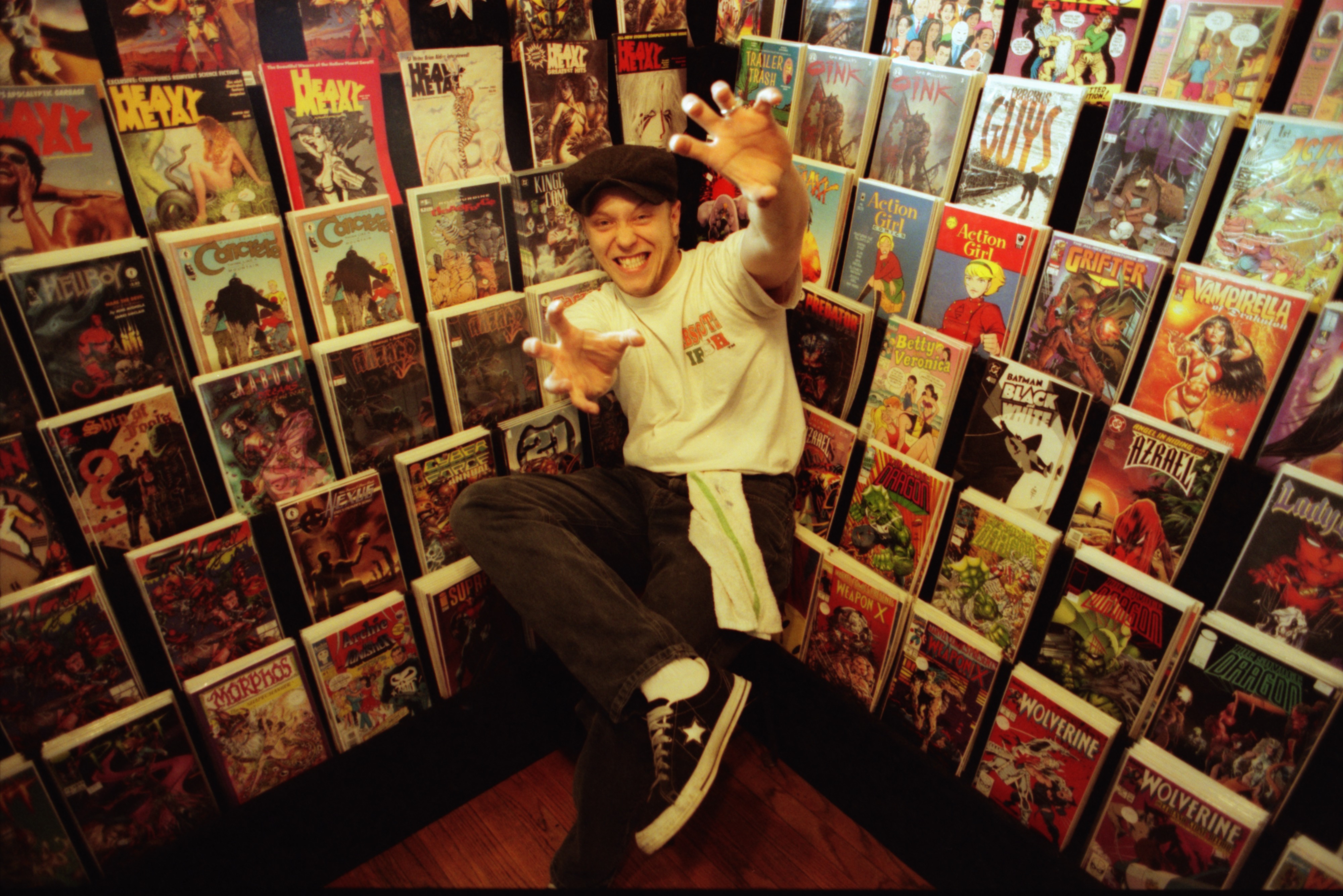 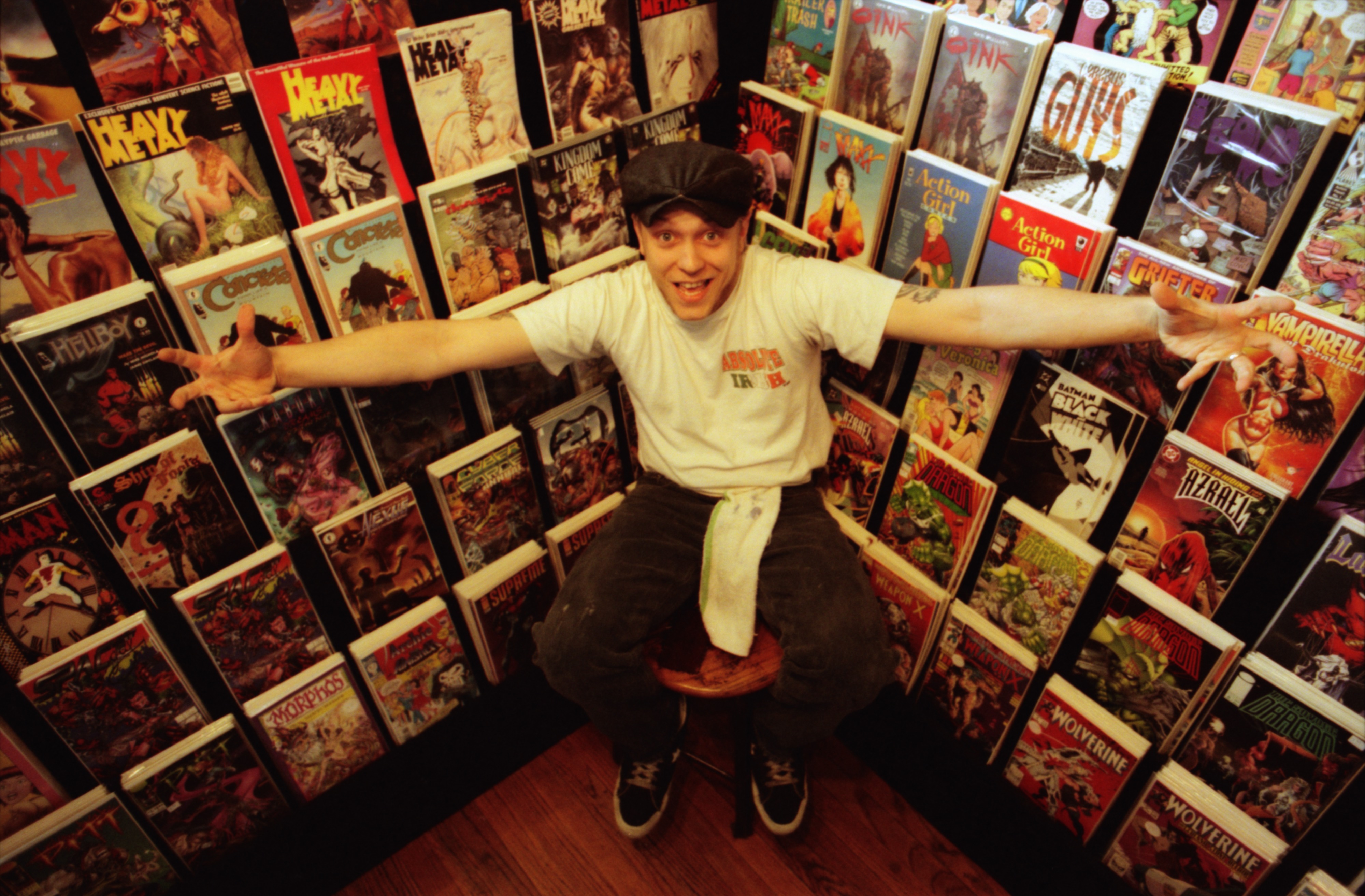 Published In
Ann Arbor News, August 26, 1996
Caption
Curtis Sullivan, owner of Midnight Comix, shows off some of his titles at his new store, which opened in early July. Vault of the Midnight Comix is located at 322 S. Ashley St. in downtown Ann Arbor in a building that looks like home on the outside.
Copyright
Copyright Protected 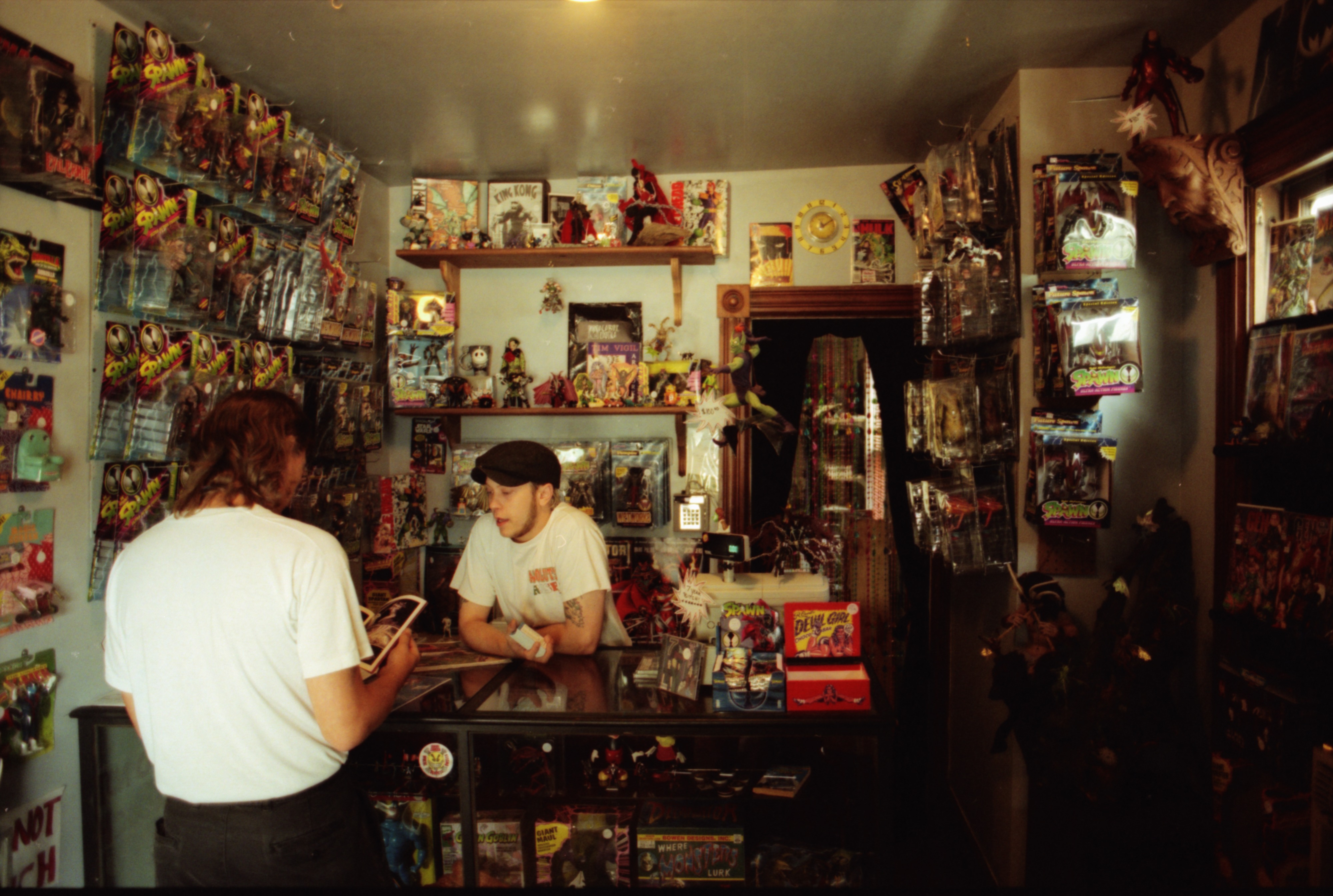 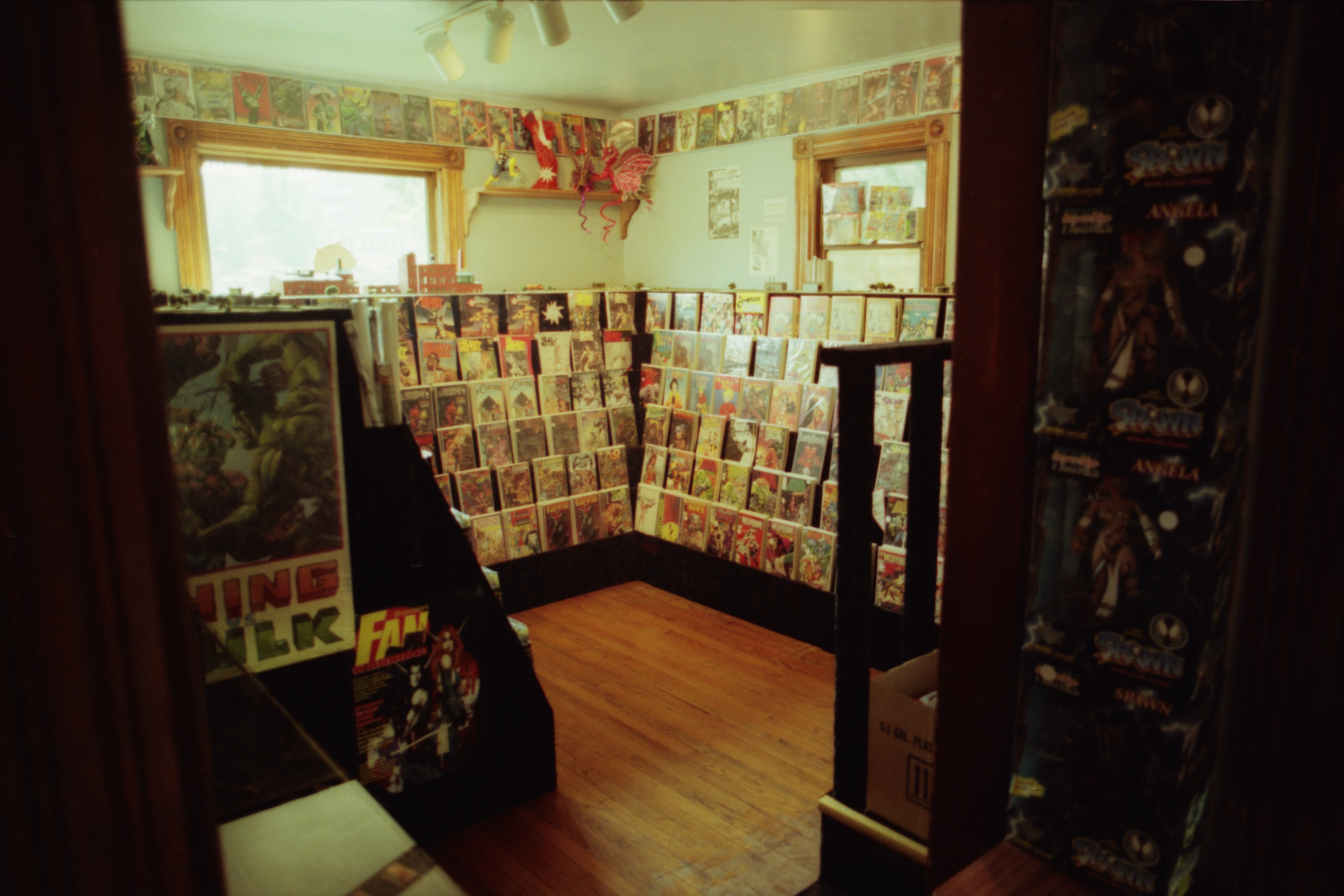 Back Issues of Spawn Comics at Vault of Midnight, August 1996 Photographer: Francisco Kjolseth 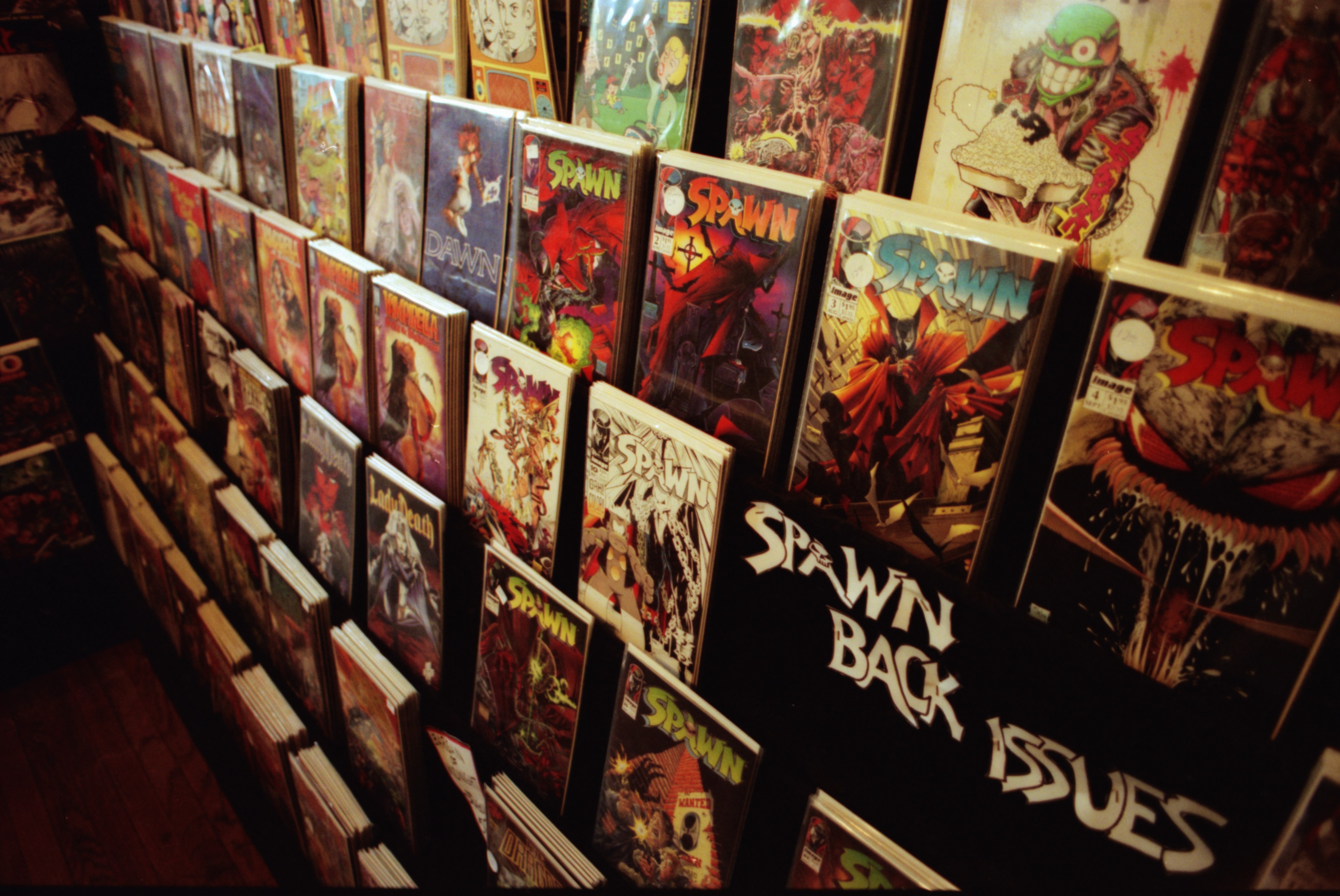 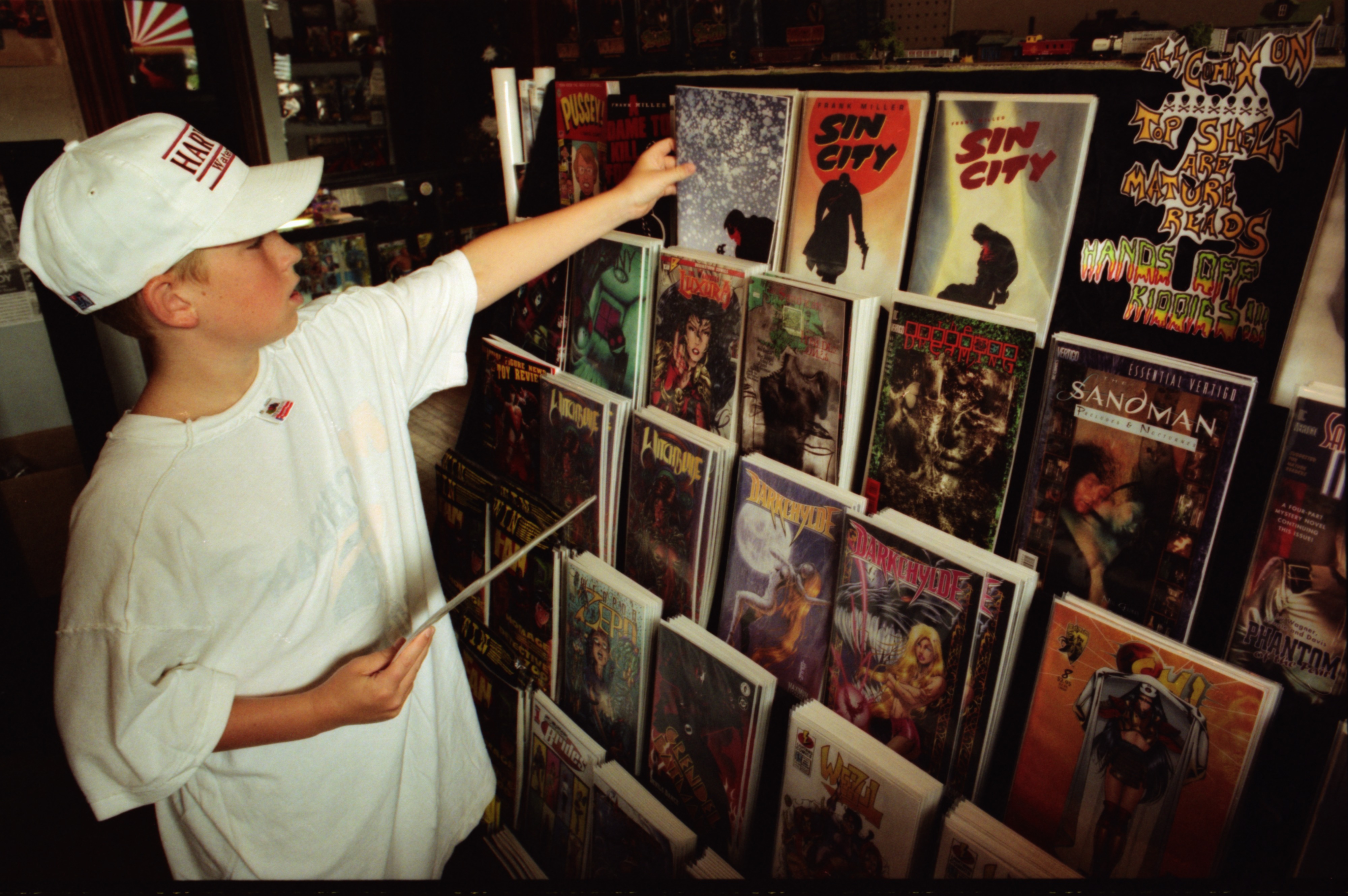 Vault of Midnight Moving to New Location on Fourth Ave. 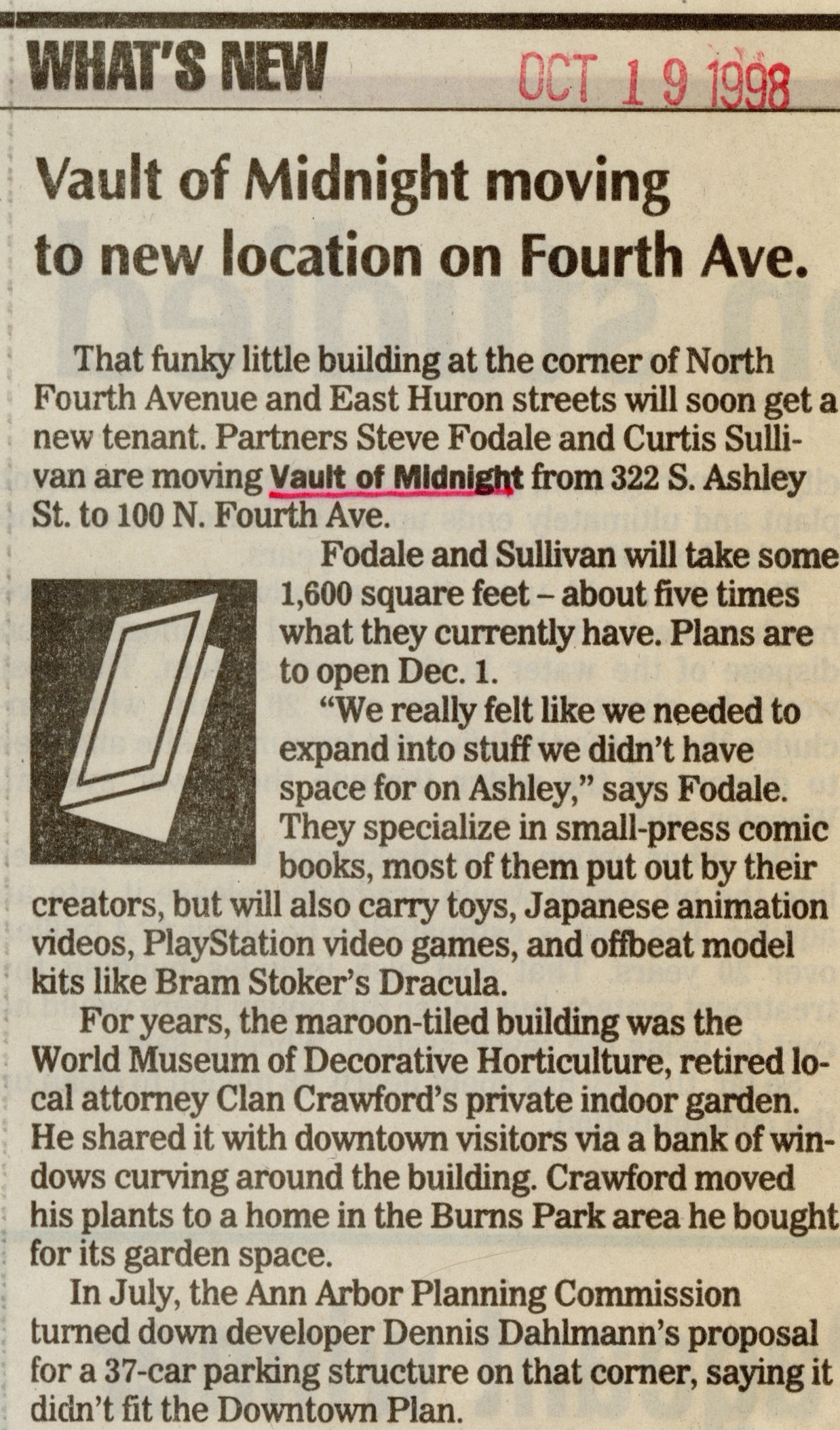 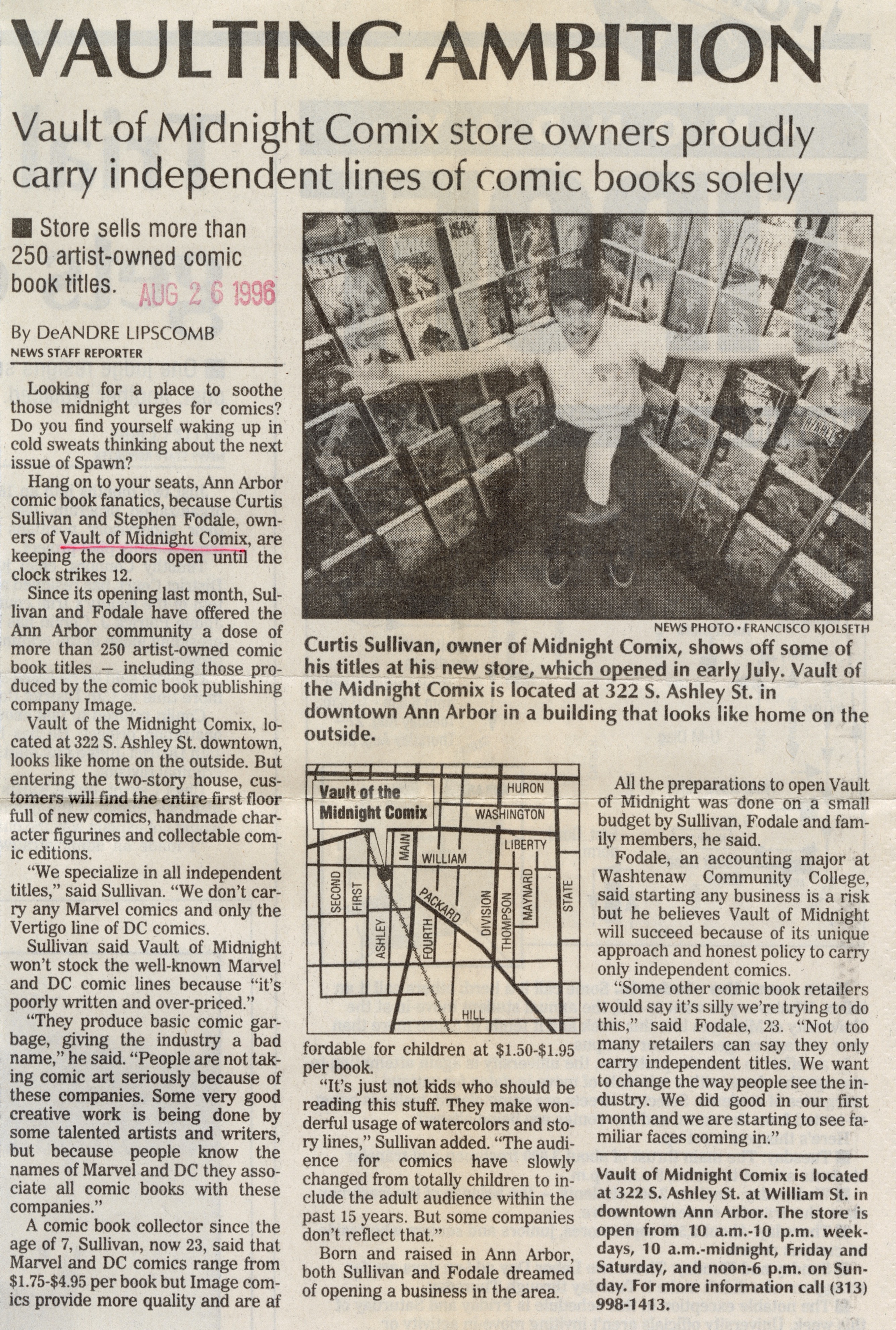 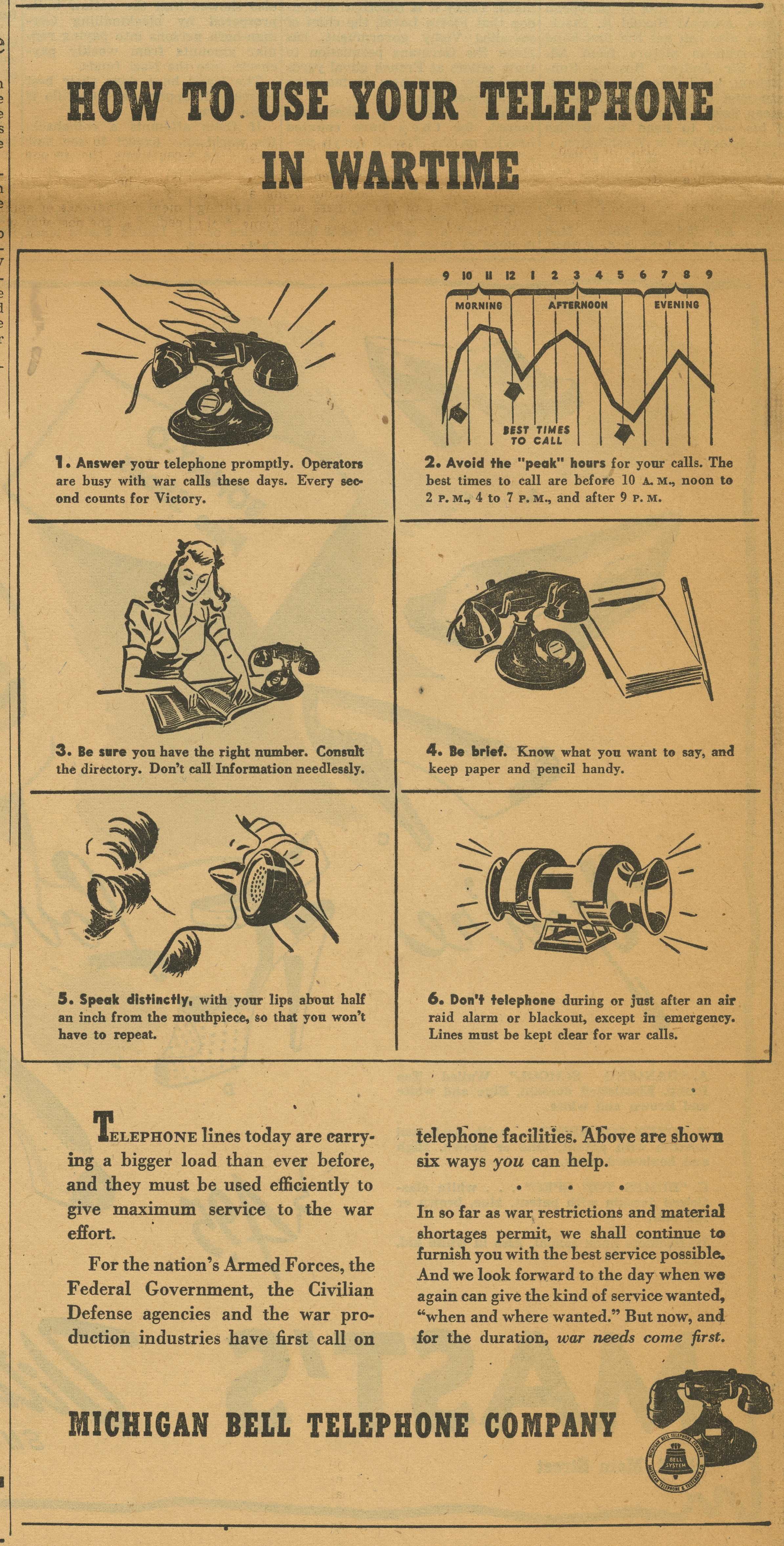