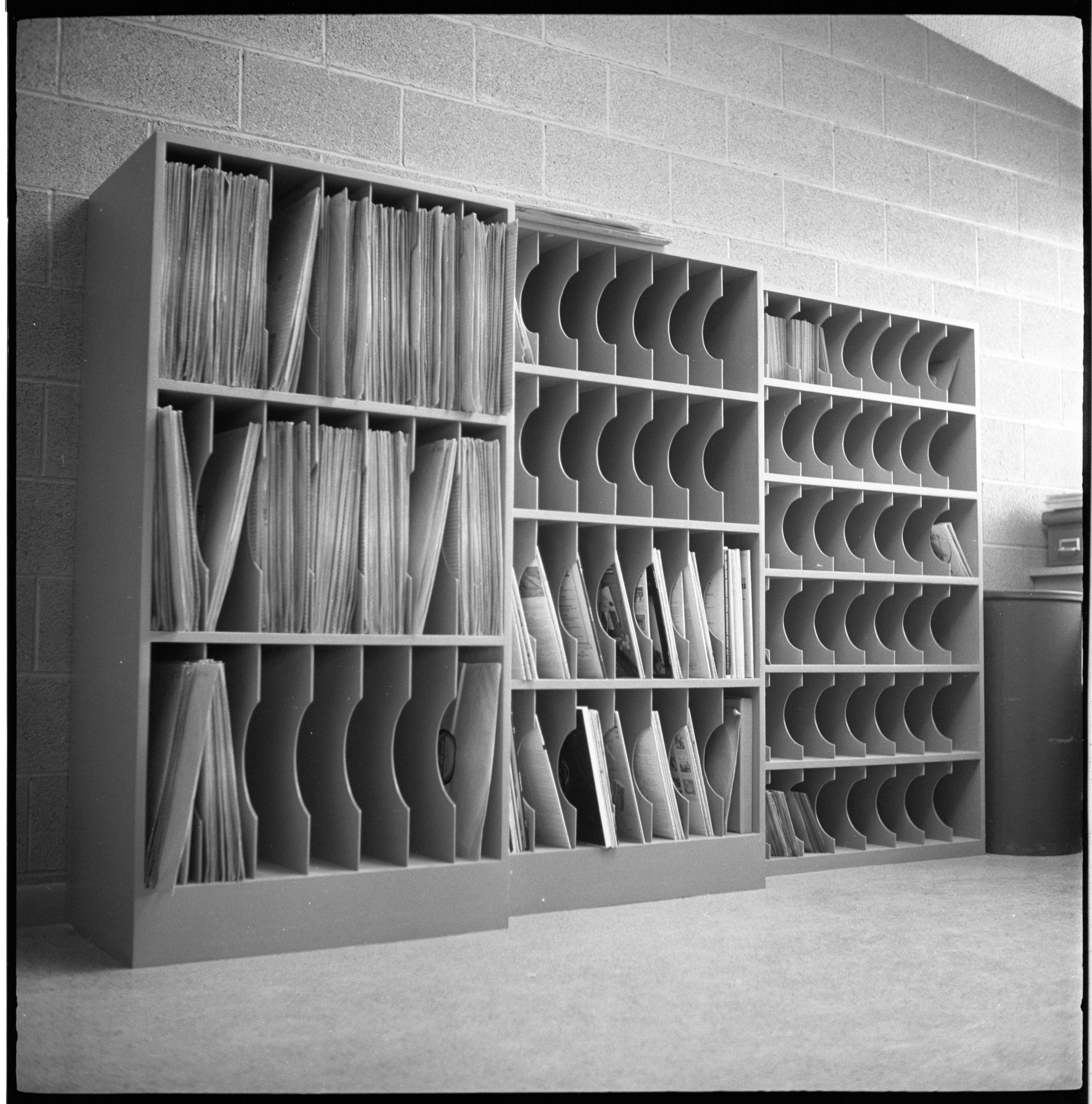 Dorian Deaver Flips A Record For His Disco Class At The Ann Arbor Y, November 1976 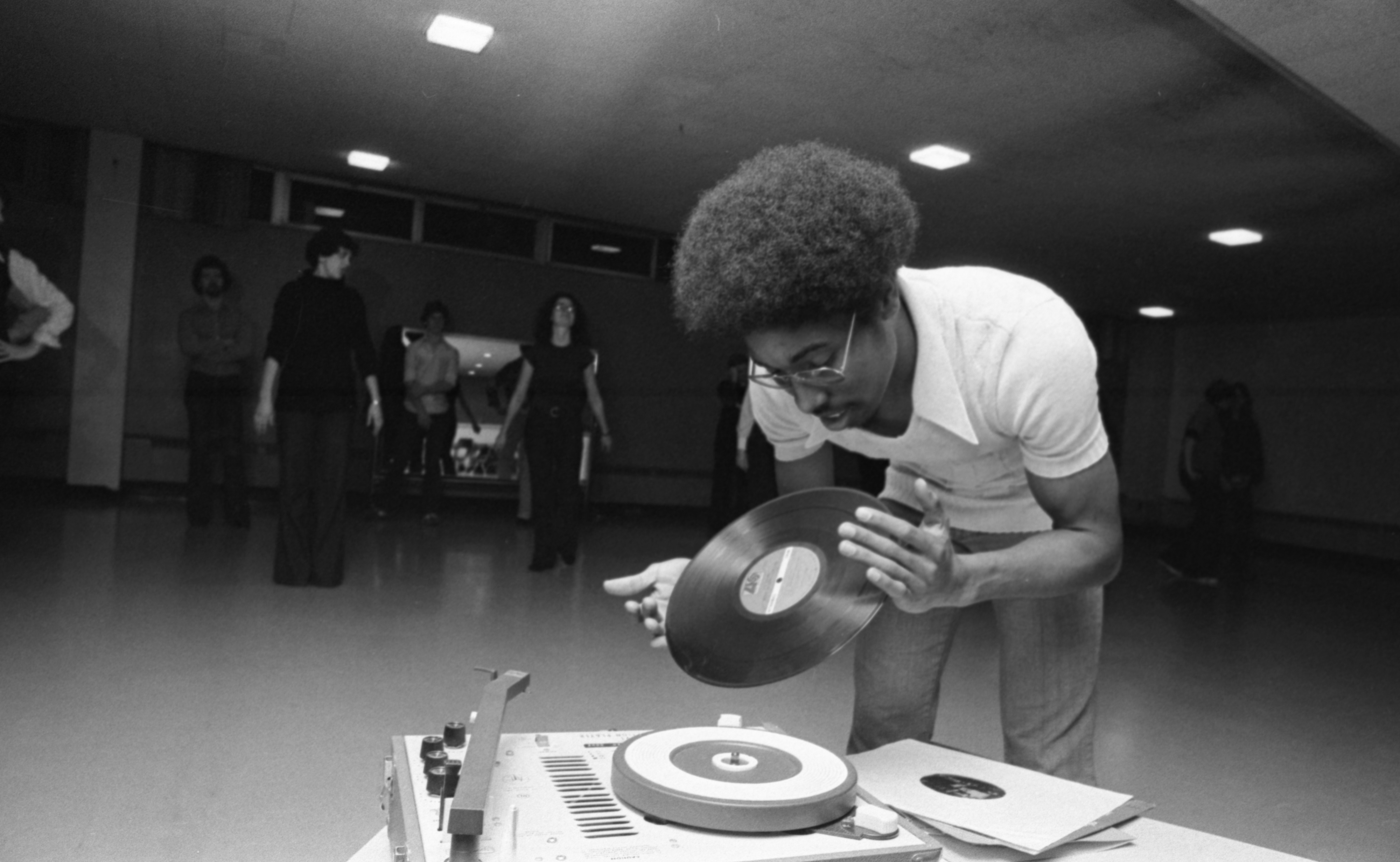 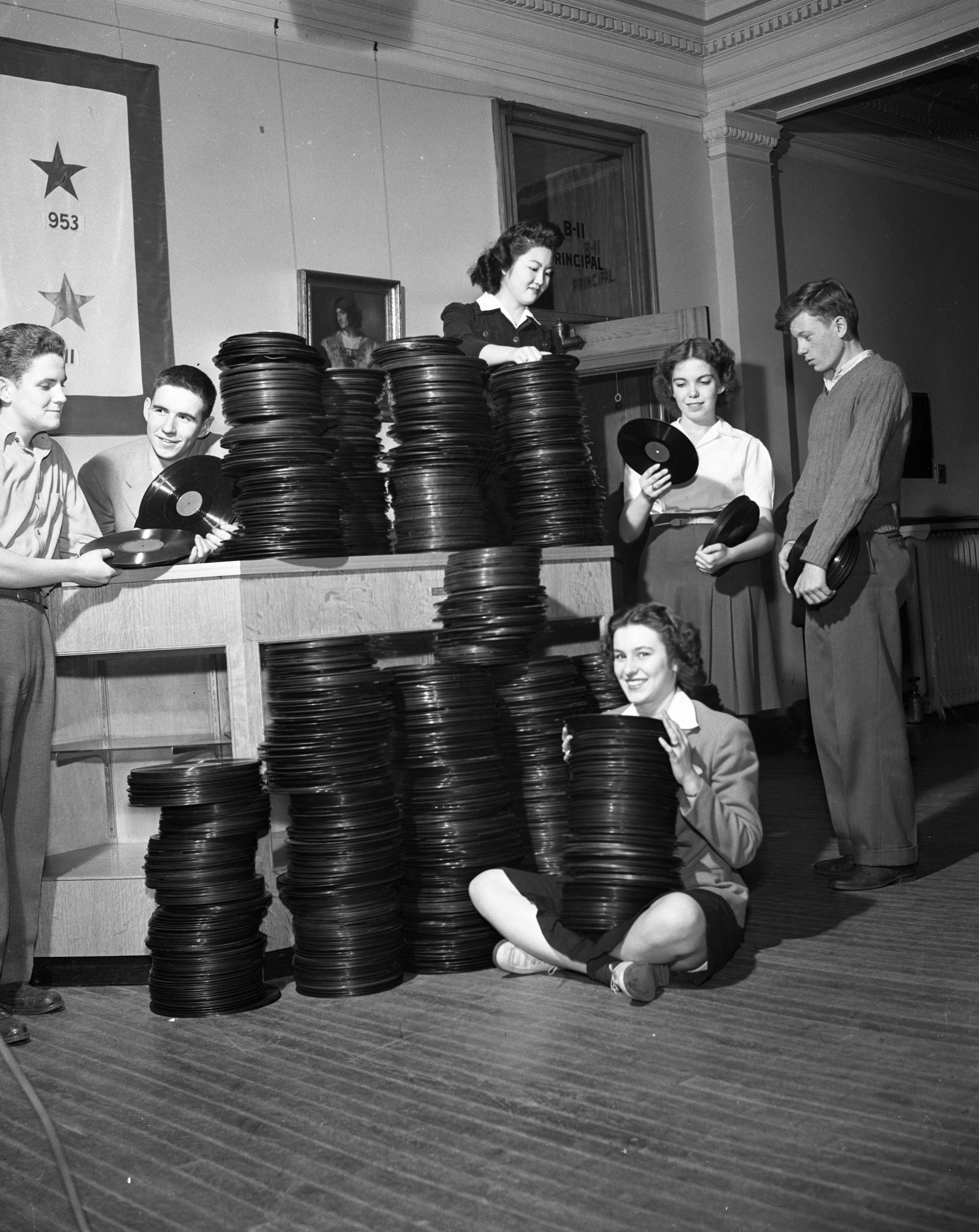 Published In
Ann Arbor News, April 5, 1944
Caption
RECORD COLLECTION NEARS RECORD SIZE: Perusing "platters" which have been turned in by local citizens to the American Legion for use later by servicemen are, left to right, Curtis Bottum, Robert Kretschmar, Marie Yamamoto, Arlene Staudenmaier and Ed Judson. Gretchen Hutzel is seated on the floor. Ann Arbor High school students have set a quota of 3,500 records and contributions are being received daily and added to the pile which is already 25 ft.high. The phonograph disks will be melted down for the making of new records. About 500 old records are needed to make 48 new ones which the men in uniform are eagerly awaiting.
Copyright
Copyright Protected 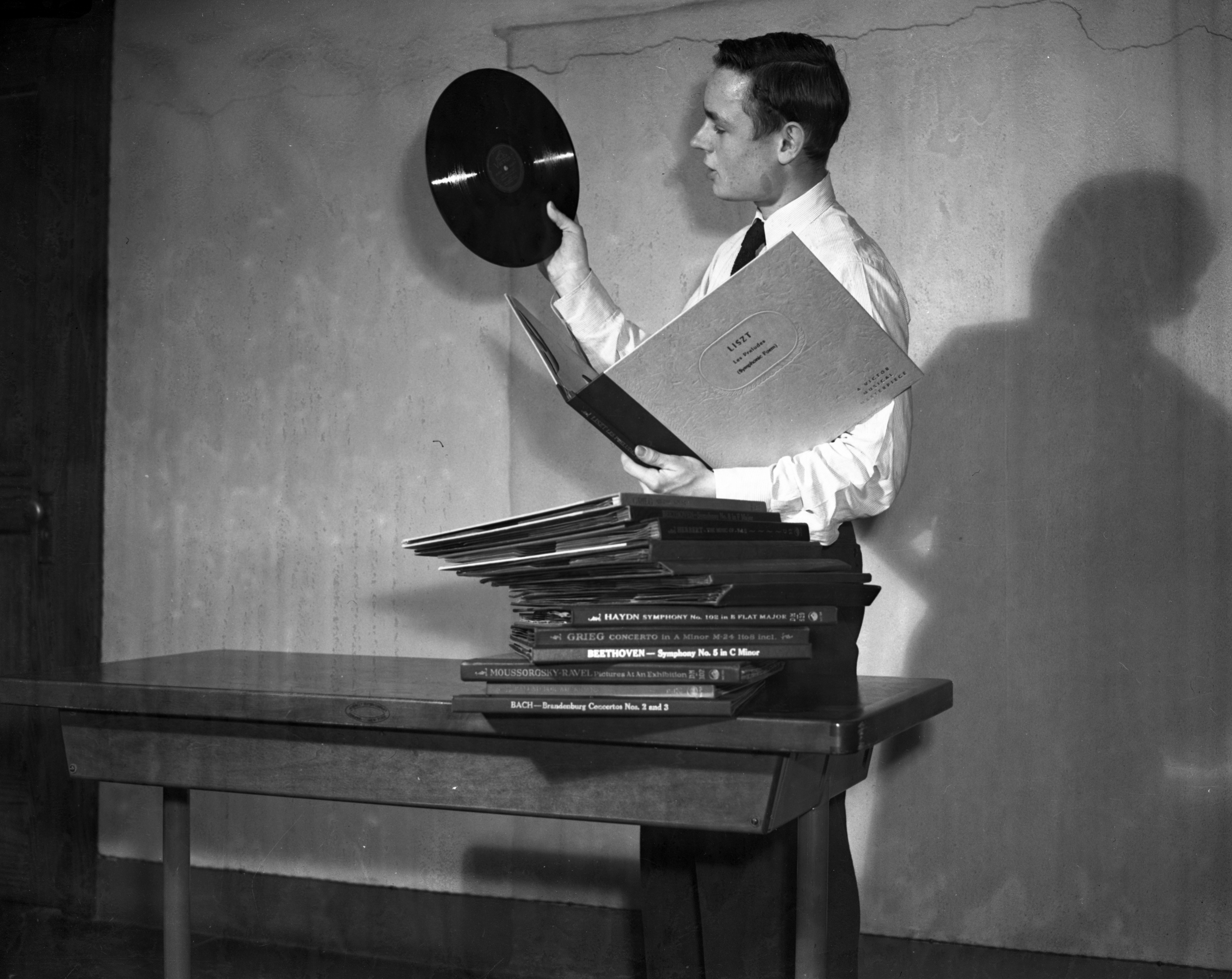 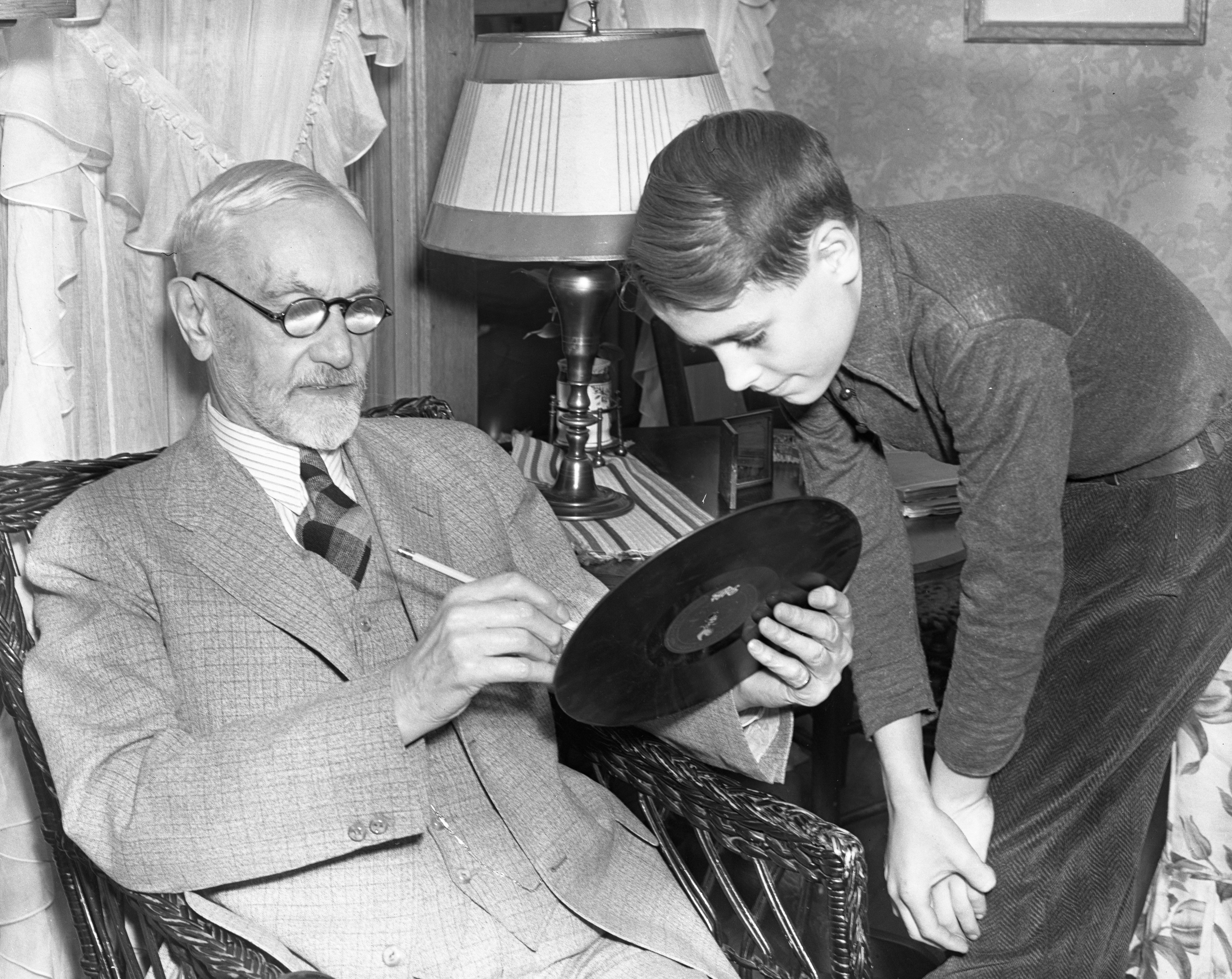 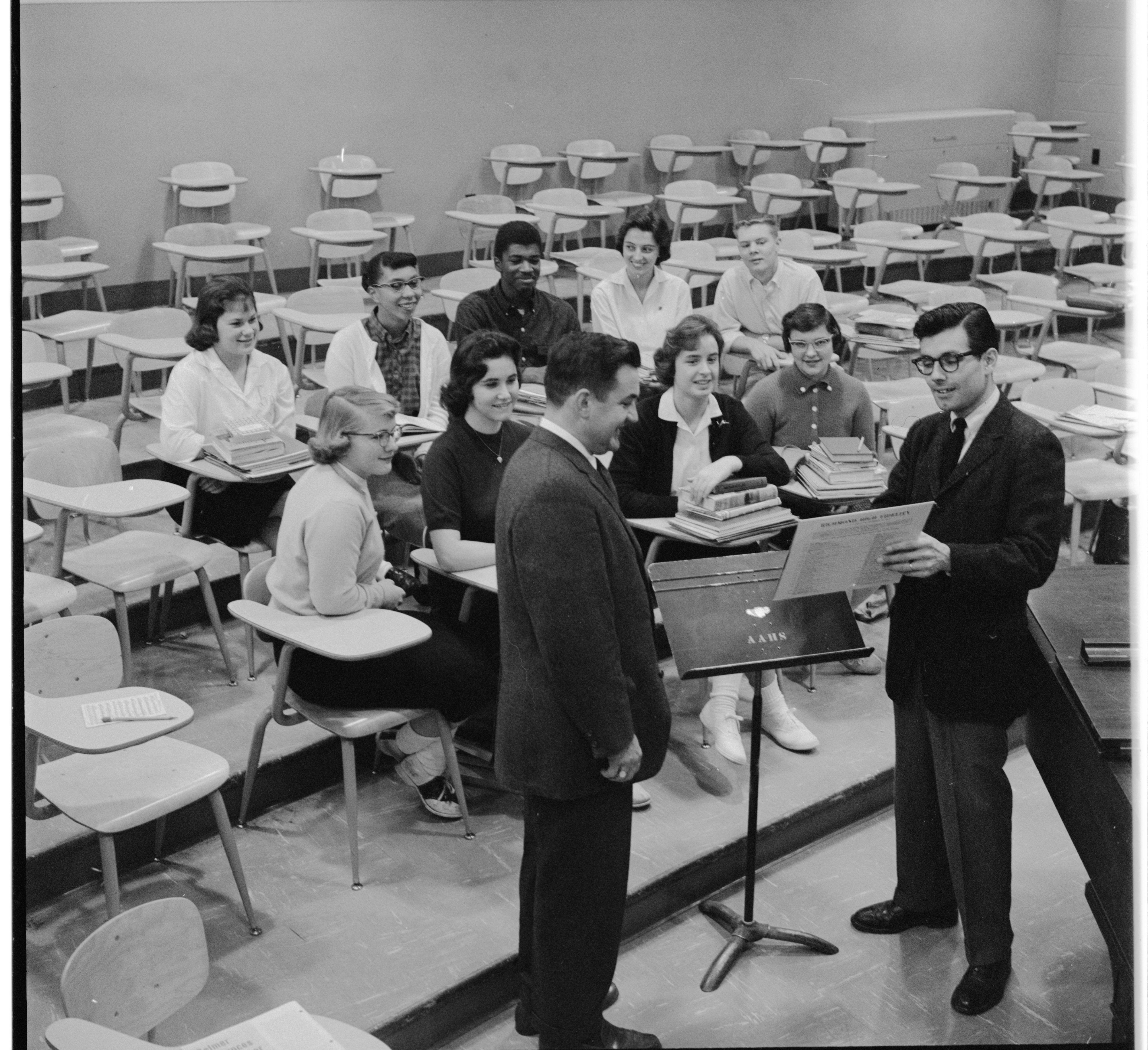 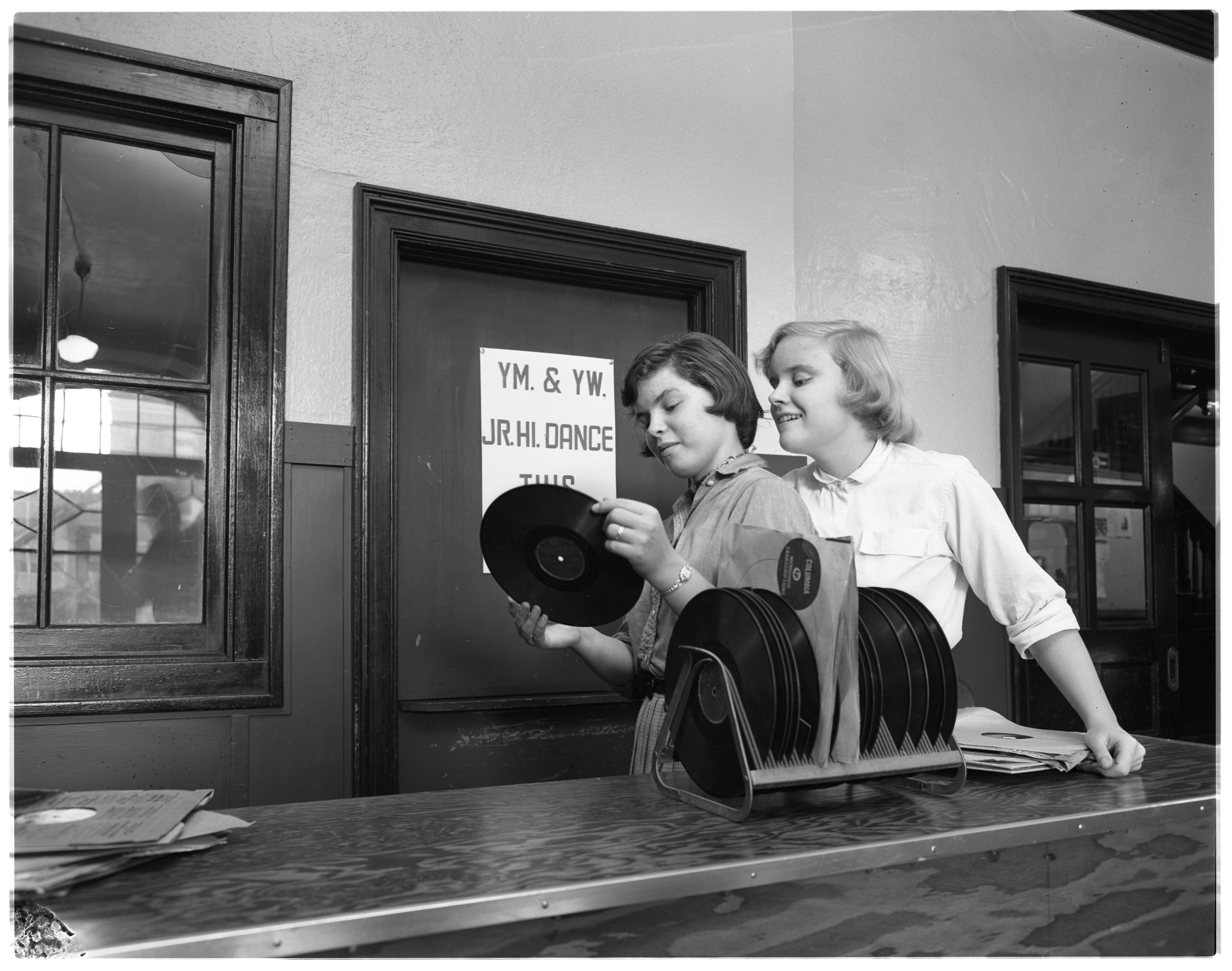 Published In
Ann Arbor News, October 8, 1955
Caption
DISCS FOR DANCING: Grace Girvan of 708 Hutchins Ave. (holding record) and Barbara Lyndon of 2640 Kenilworth Sr., both 13, "check out" one of the records to be played between 7:30 and 10 p.m. today at the first fall YMCA-YWCA dance for junior high school students. Barbara and Grace attend Slauson Junior High School. The dance will be chaperoned by members of the Y's Men's Club.
Copyright
Copyright Protected 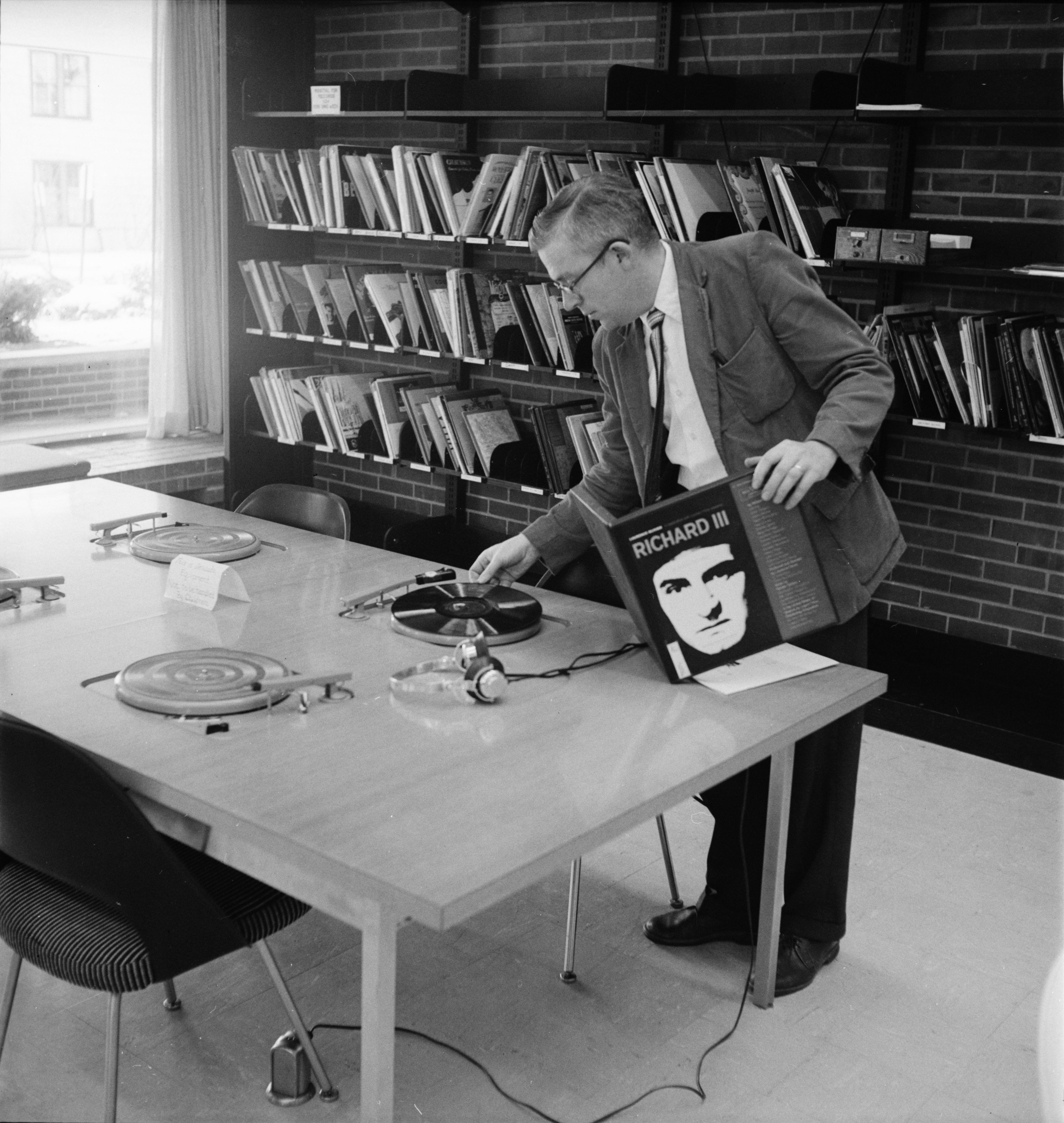 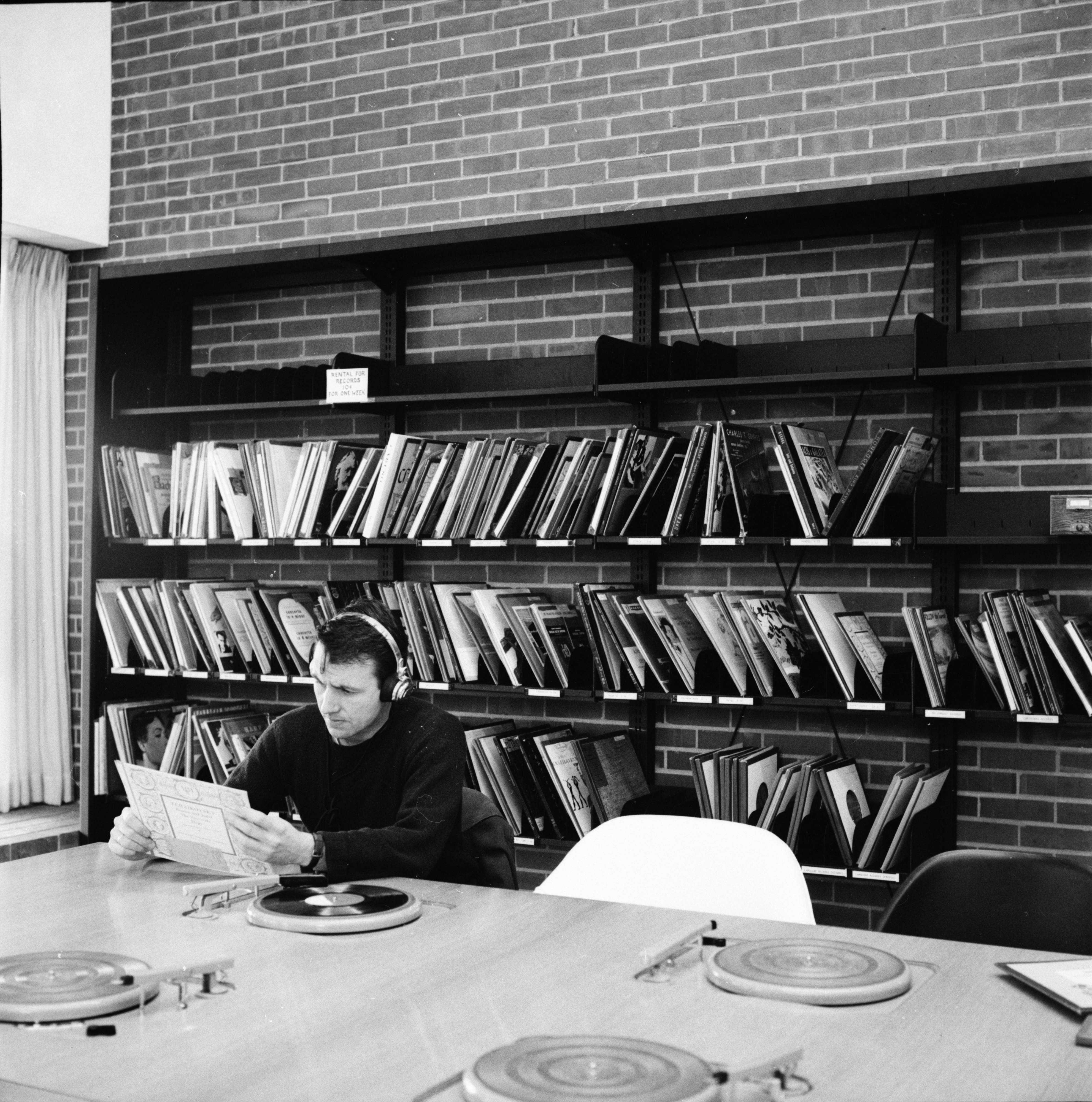 Published In
Ann Arbor News, March 17, 1958
Caption
Added Service: Visitors to the Public Library will find a section where they may listen to records or check them out. For those who desire privacy, there is a private record room on the second floor. Records may be taken out, just like books.
Copyright
Copyright Protected
Subscribe to Phonograph Records