Roberta Hughes Wright was born in 1922 and grew up in Detroit. She attended Howard University at age 15 and completed her bachelor's degree at Wayne State University. During the course of her career she was an X-ray technician, teacher, school social worker, and probate attorney. She earned her PhD from the University of Michigan and a JD from Wayne State. After the passing of her first husband Wilbur B. Hughes II, she married Charles H. Wright, founder of the Charles H. Wright Museum of African American History in Detroit. She wrote several books, including an autobiography titled Reflections of My Life and Lay Down Body: Living History in African American Cemeteries. She passed away on April 2, 2019.

Roberta Hughes Wright was interviewed by students from Skyline High School in Ann Arbor in 2010 as part of the Legacies Project.

A Landmark Is Born 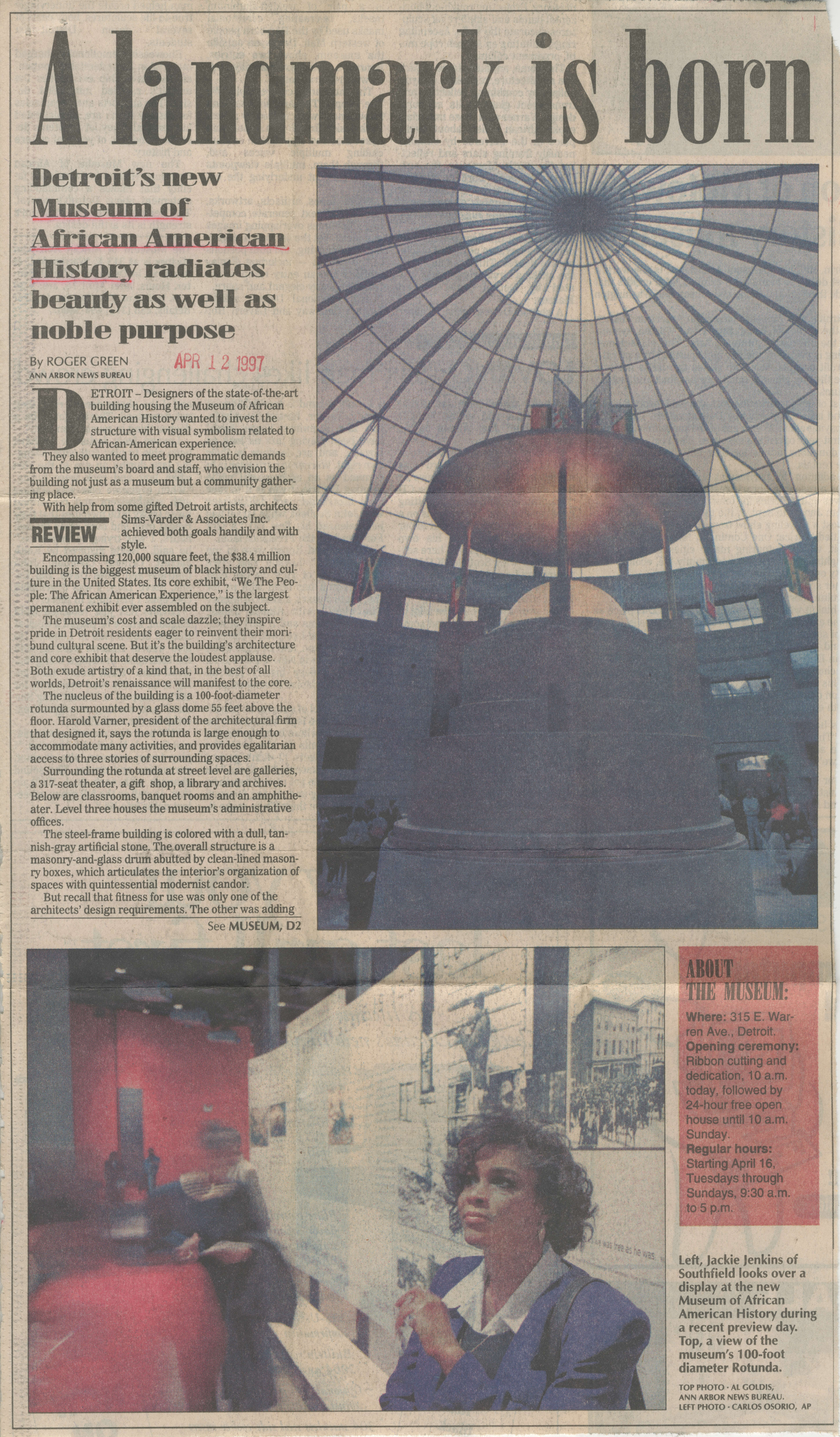 James Anderson, Jr., was born on October 23, 1937 and lived on Miner Street where he attended Mack School. James built a career in real estate and recalls the few blocks in the Mack school area where African Americans could live at that time, and how housing has changed over the years, from segregation through today. He remembers the bond drives during WWII and some of the businesses in town. James also worked on behalf of the JCs to establish Washtenaw Community College and was a trustee for 19 years.