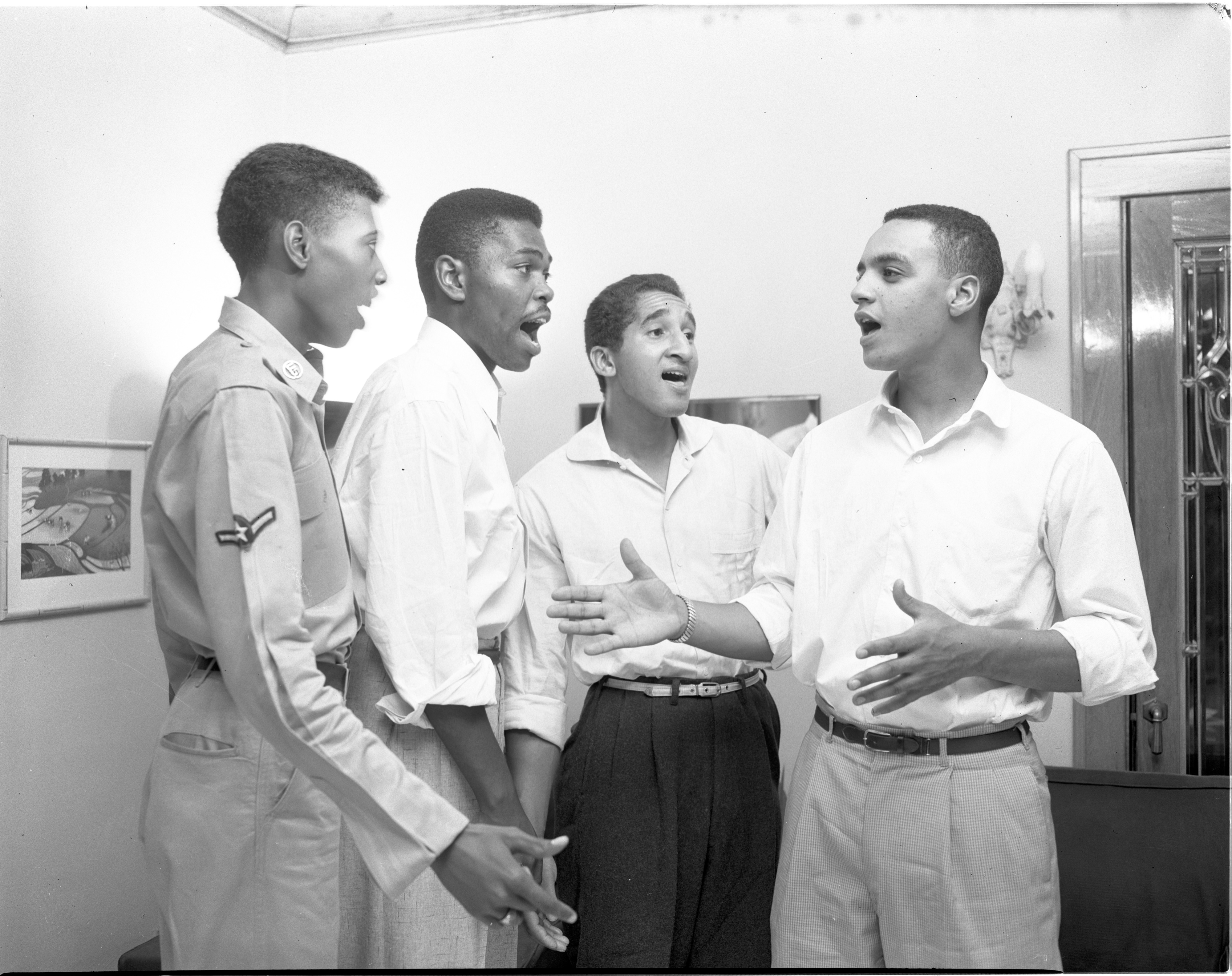 Published In
Ann Arbor News, August 2, 1955
Caption
ROCKIN' WITH RHYTHM: This Ypsilanti quartet will be one of the featured attractions at the talent show at 8 p.m. tomorrow in the West Park band shell. The singers (left to right) are Waverly Chauncey, William Rhan, Albert Roper and Kenny Robinson.
Copyright
Copyright Protected 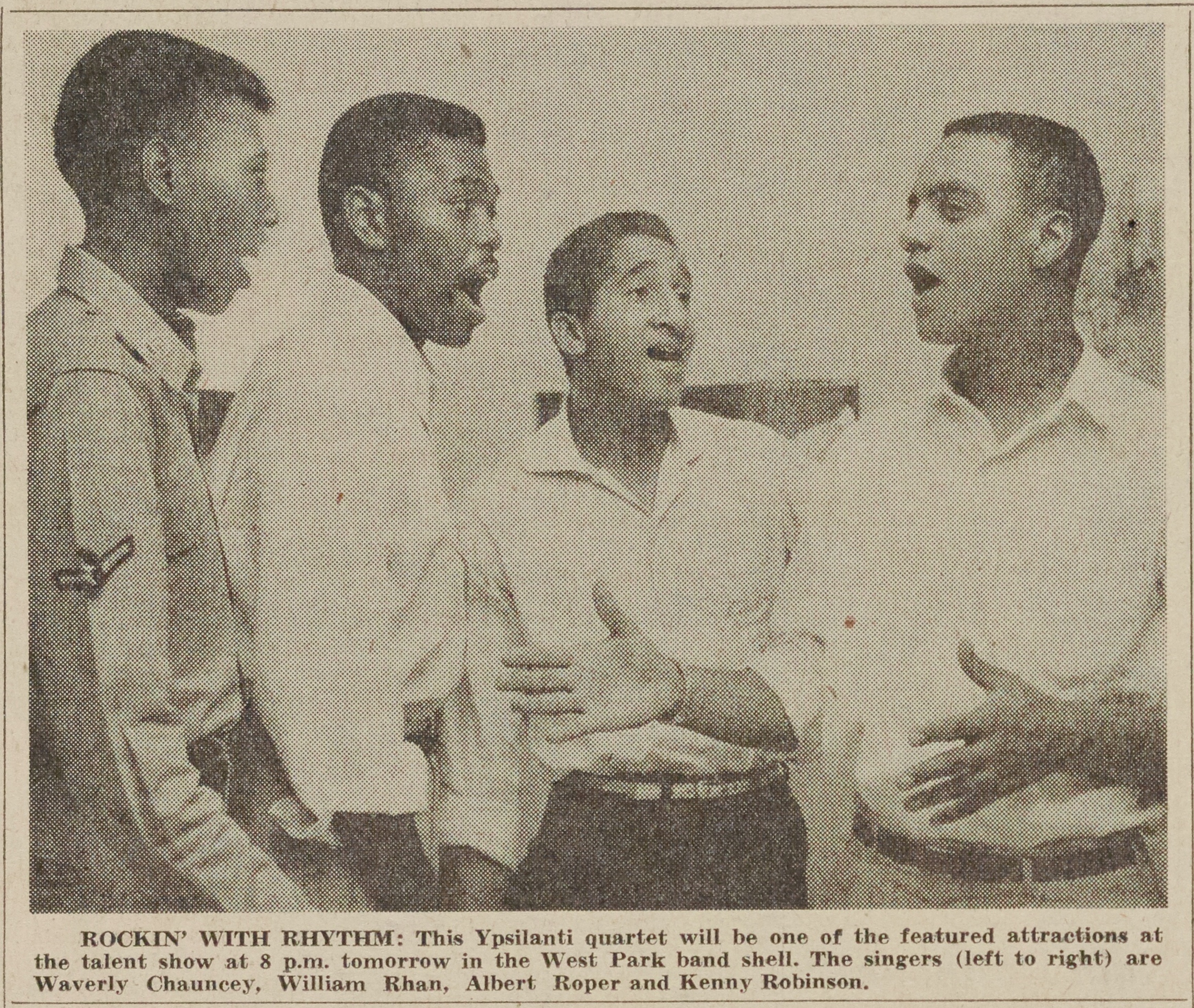 Born in 1922, Nellie Harrell grew up in Richmond, Virginia. She began dancing at age 14, and moved to New York City a few years. During the height of her career as a noted singer, dancer, and entertainer, she went by her married name Nellie Hill. Hill performed in early music videos called “soundies,” appeared on the cover of Jet Magazine, and frequented Black clubs such as New York’s Kelly’s Stables and Detroit’s Flame Show Bar and 20 Grand. In the 1950s she married James Trapp and had three children. After retiring, she volunteered at Henry Ford Hospital in Detroit.

Nellie Trapp was interviewed by students from Skyline High School in Ann Arbor in 2010 as part of the Legacies Project.

Marlene Laws grew up in Detroit and graduated from Sidney D. Miller High School in 1958. She served in the military at Fort Sam in Houston, Texas from 1960 to 1962. Upon returning to Michigan, she was a nurse at Pontiac State Hospital for two years. Laws dedicated 43 years of her career to the United States Postal Service as a clerk and then as a Human Resources specialist. She and her former husband Kenneth had one daughter, Dr. Dawn N. Laws. Marlene Laws passed away on February, 4, 2017.

Marlene Laws was interviewed by students from Skyline High School in Ann Arbor in 2010 as part of the Legacies Project.

Ernest Holland was born in 1934 and grew up in a mixed neighborhood in South Dayton, Ohio. After his mother’s death when he was 3, he was raised by his grandparents. His grandfather was a Baptist preacher, and his grandmother ran the household. Holland graduated from Miami University with a degree in biology. After serving in the U.S. Navy for a few years, he taught science at Western High School in Detroit for the rest of his career. Holland passed away on December 18, 2019.

Ernest Holland was interviewed by students from Skyline High School in Ann Arbor in 2010 as part of the Legacies Project. 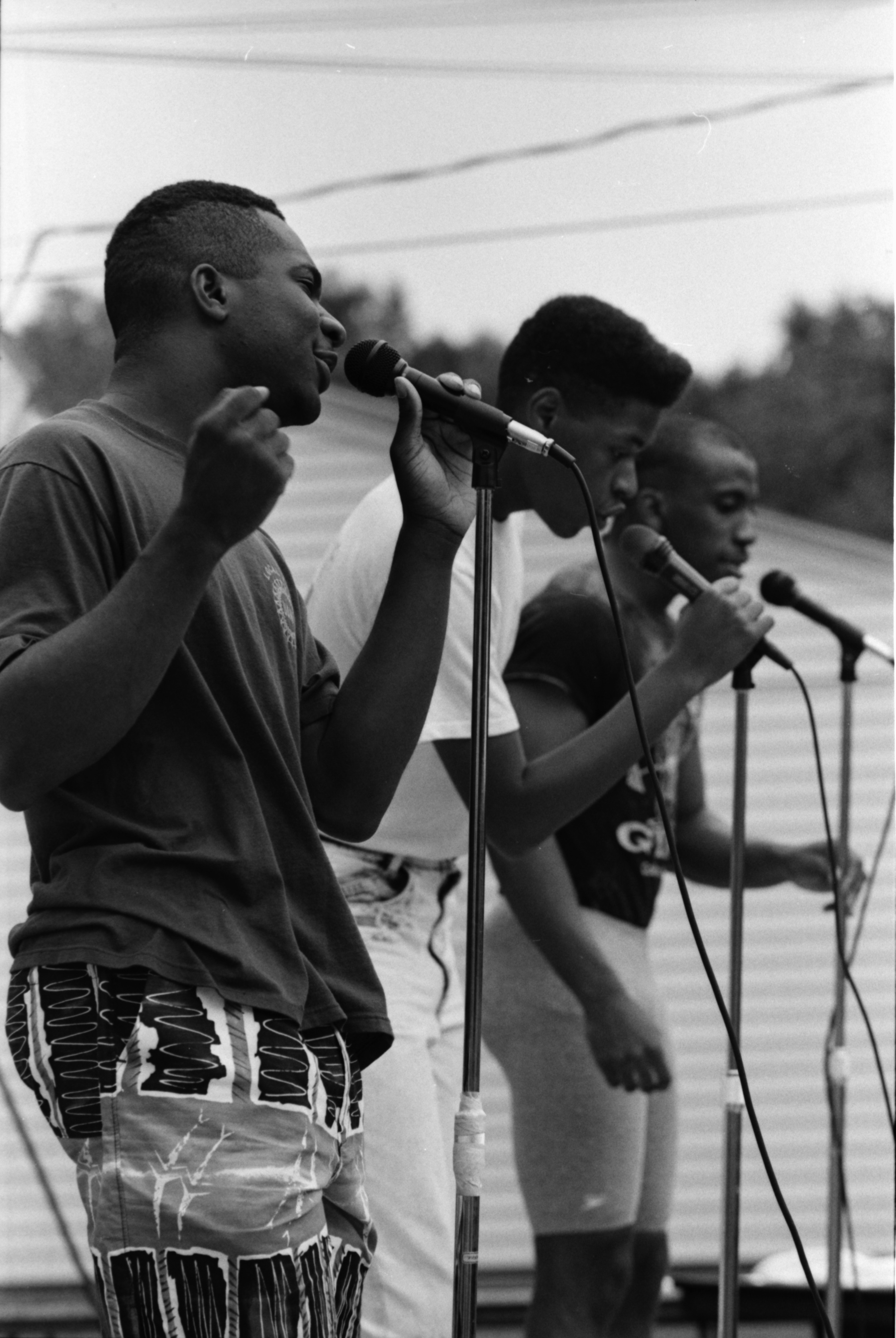 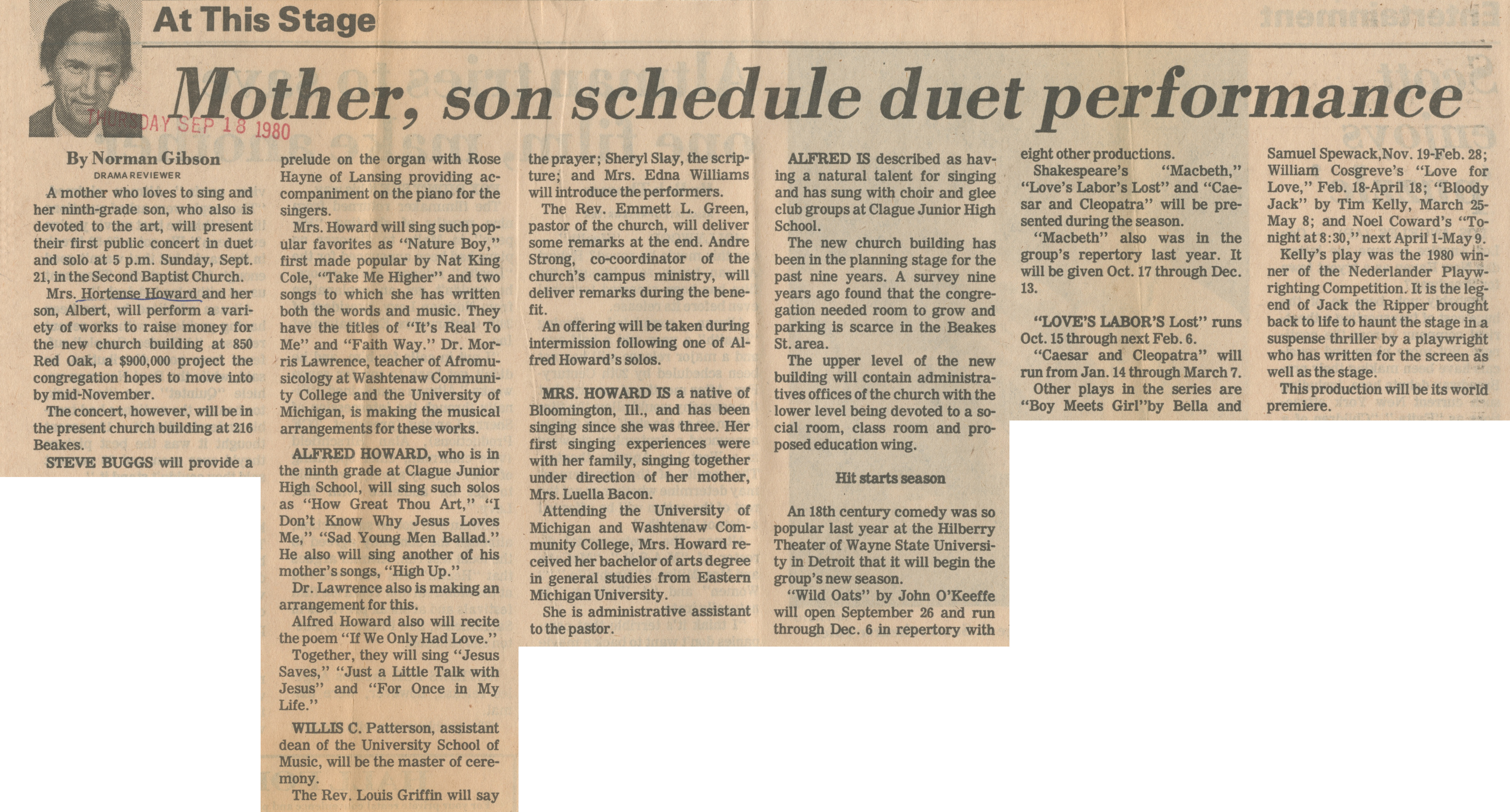 Hortense Howard was born in Bloomington, Illinois in 1927. Soon afterwards, her family moved to Ann Arbor, where she and her sisters became known as the “Bacon Sisters” for their choral performances at sorority houses and other venues. Ms. Howard attended a music school in Detroit because she “wanted to sing like Sarah Vaughan,” and she met many African American singers while working at the Gotham Hotel. She ran her own daycare, Sitters Unlimited Family Day Care, in Ann Arbor for twenty years.