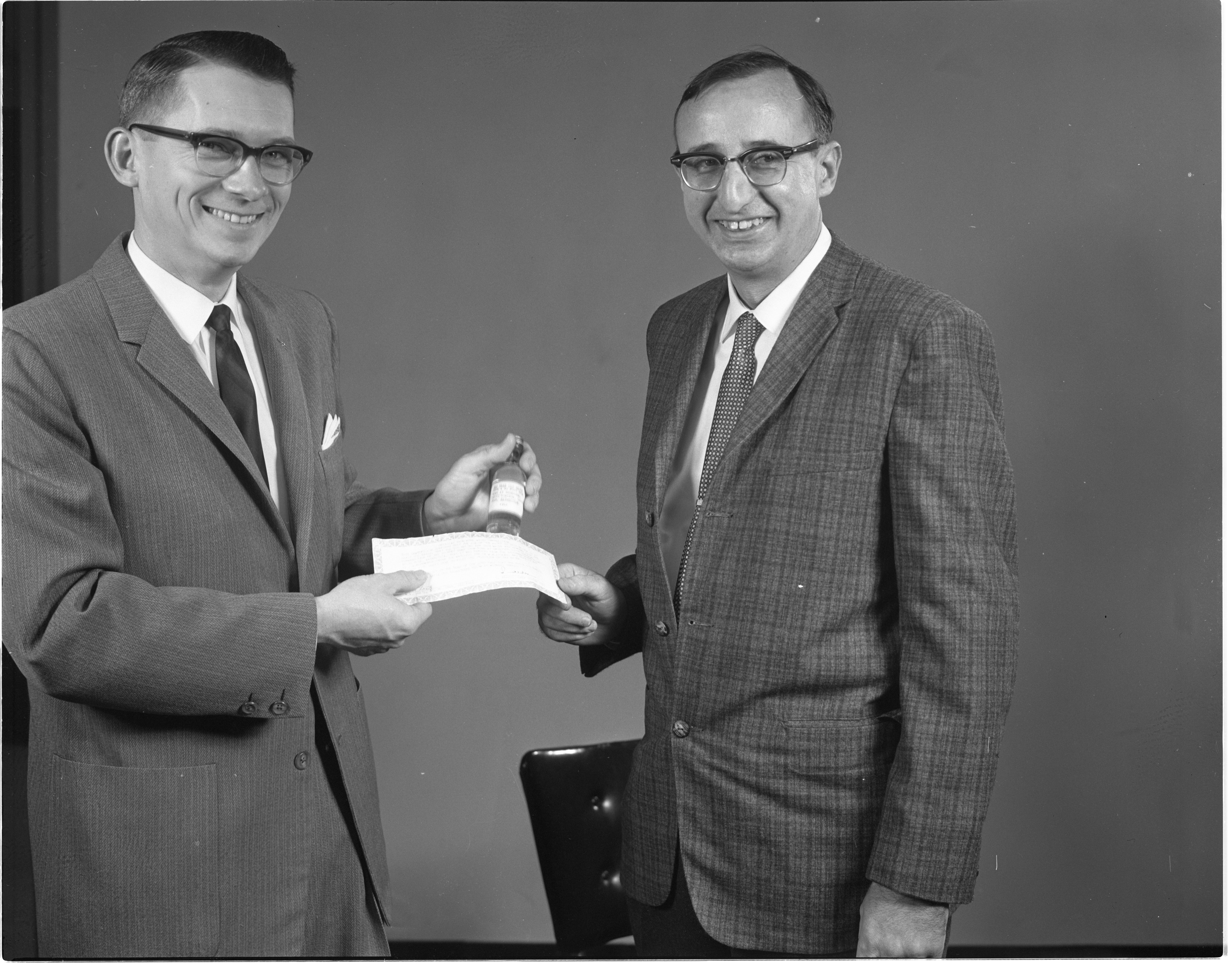 Published In
Ann Arbor News, January 8, 1963
Caption
FROM SOUTH POLE: Robert G. Strang (left), president of the Ann Arbor Lions Club, holds bottle of 200-year-old snow water bottled and sold by the South Pole Lions Club to support its project of sponsoring a homeless foster-daughter in Italy. Larry Bush (right), University reporter and science writer for the Ann Arbor News, presented the bottle here yesterday to the local club. Bush acquired the unusual curio while visiting the U. S. Amundsen-Scott Station at the geographic pole during a trip, under auspices of The News, the National Science Foundation and the U. S. Navy, to gather information on scientific research in Antarctica. The chartered Lions Club at the Pole is composed of 10 of the 22 men stationed at that remote base.
Copyright
Copyright Protected