Birthday cake made for Ann Arbor Centennial banquet on February 27, 1924 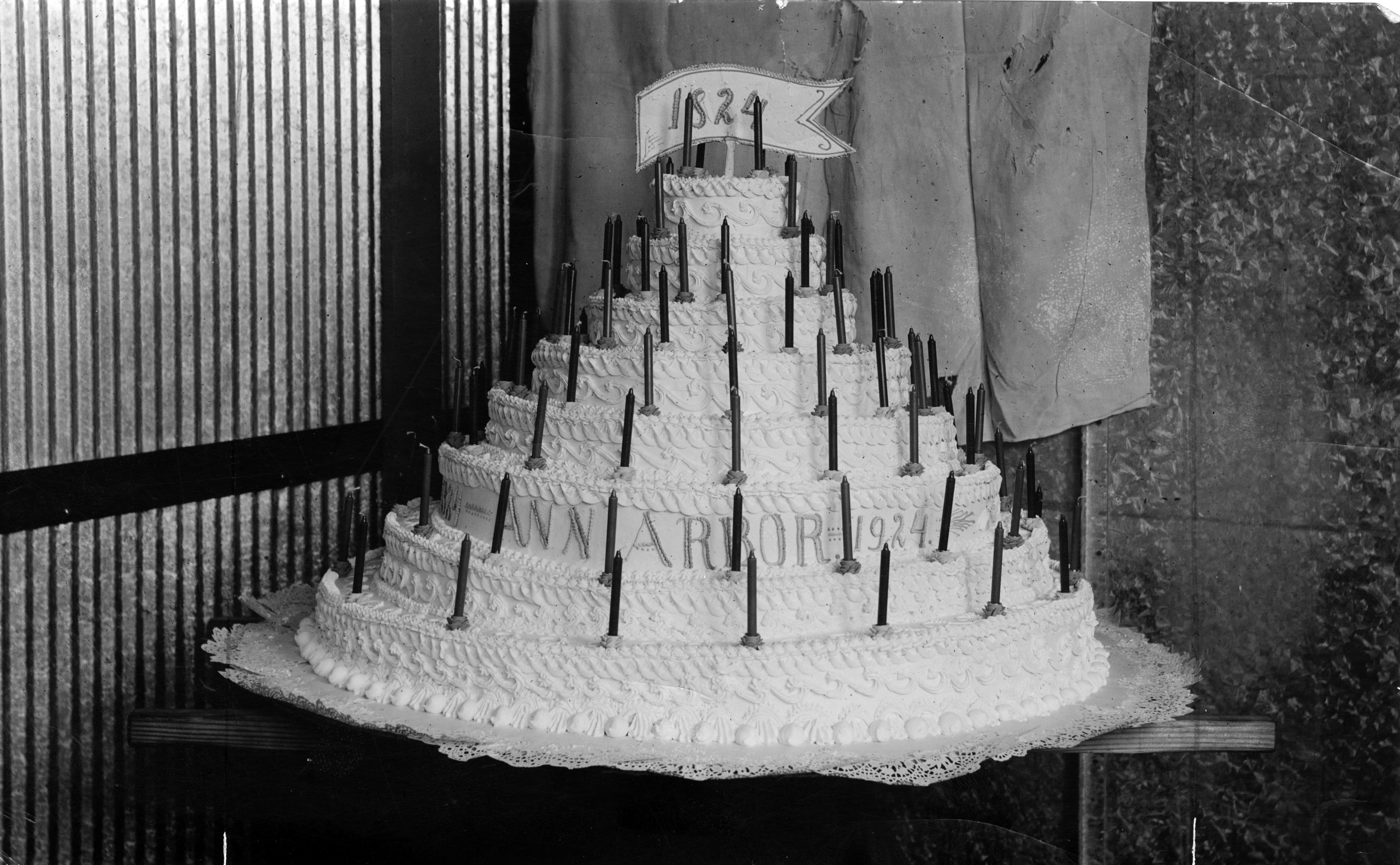 Published In
Ann Arbor Times News, February 28, 1924
Caption
This photograph shows the enormous birthday cake which was presented to the city at the centennial banquet Wednesday evening by the local Chamber of Commerce. It was donated by the baker's division of that organization. The cake weighed 240 pounds. It was carried into the banquet hall by the board of directors of the Chamber of Commerce. It consisted of eight layers, each baked separately, the larger layers being baked in sections in special forms. The icing was hand work done by Joseph Loukotka, a Bohemian icer who is reputed to be one of the most efficient men in this art in the country. He resides at 543 Fifth St. Every one at the banquet was given an opportunity to eat a piece of the cake which was cut and served by the directors of the Chamber of Commerce.
Copyright
Copyright Protected
Subscribe to Joseph Loukotka