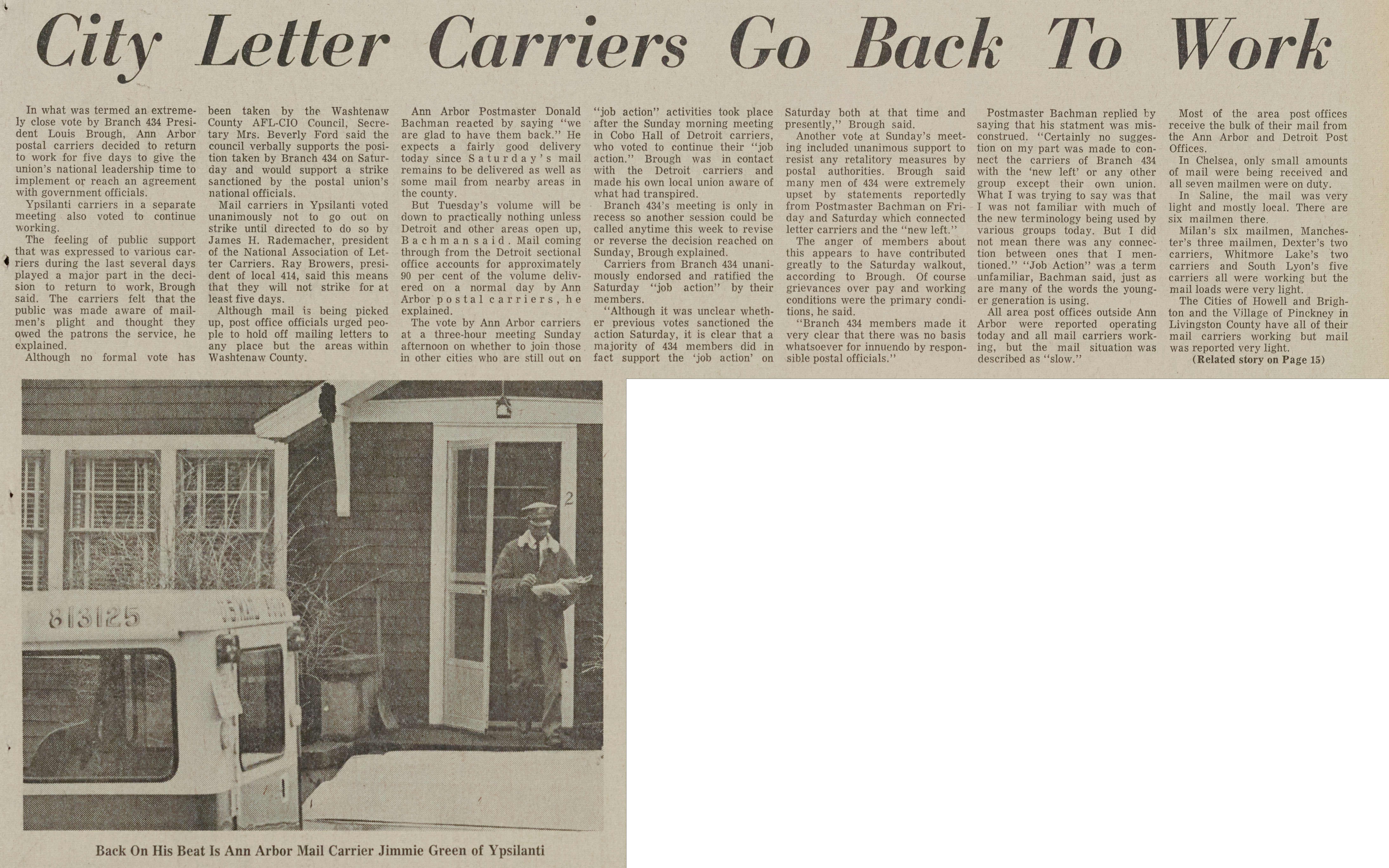 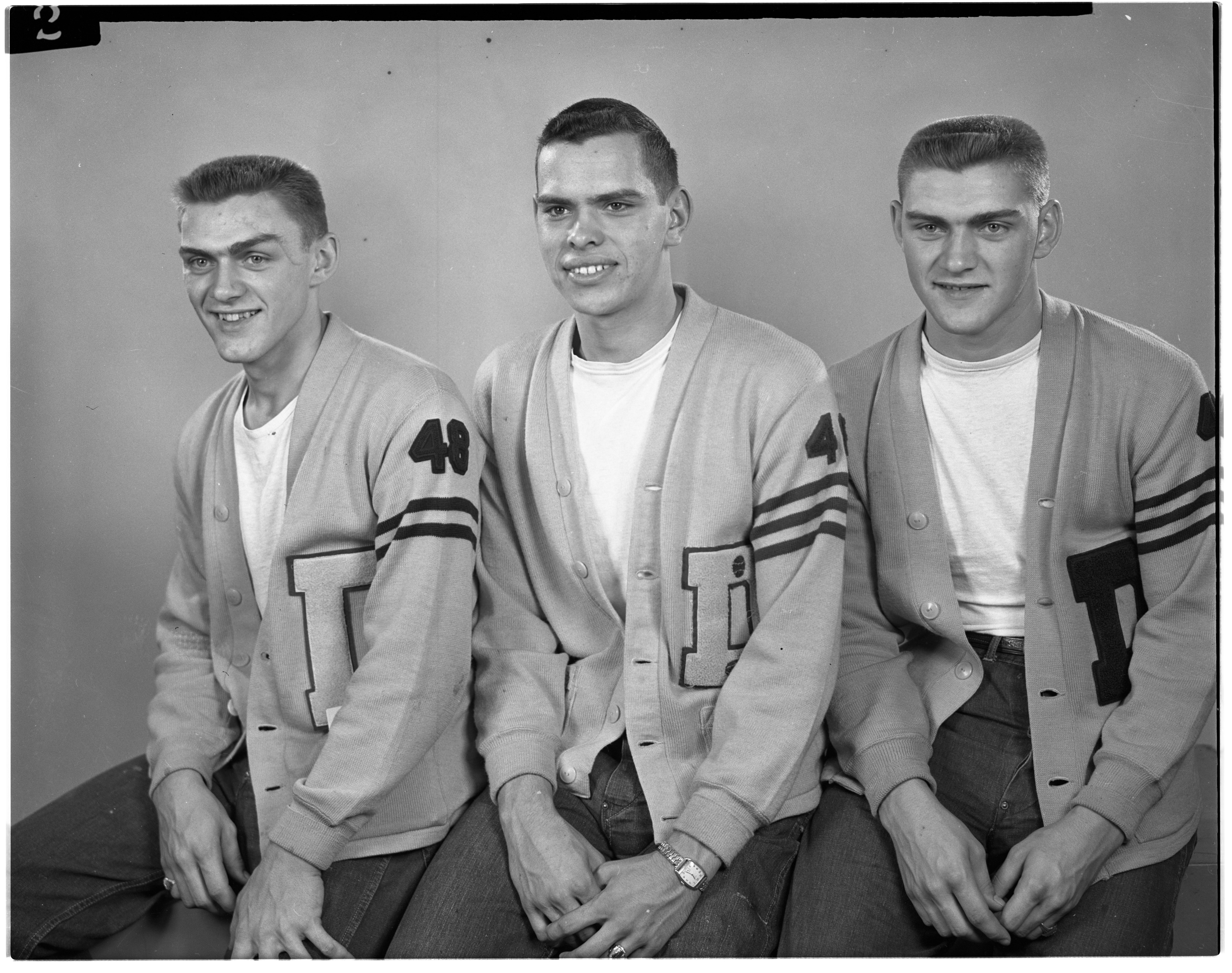 Published In
Ann Arbor News, August 25, 1948
Caption
A Top-Kick's Nightmare This trio of Dexter youths who have just been processed by the U.S. Army and Air Force recruiting offices at the Armory for a three-year enlistment in the Army would give any top-kick the "willies" if they all landed in this company. The two youths on the left and right are identifical twins, Brenton W. Schultz, jr., 17, and Robert L. Schultz, 17, songs of Mr. and Mrs. Brenton W. Schultz, sr., of Dexter. No relation to Robert L. but boasting the same first and last names is the center youth Robert M. Schultz, son of Mr. and Mrs. Melbourne Schultz of Dexter.
Copyright
Copyright Protected

Aerial Photograph of Huron River Parkway North of Dexter to Portage Lake, May 1953 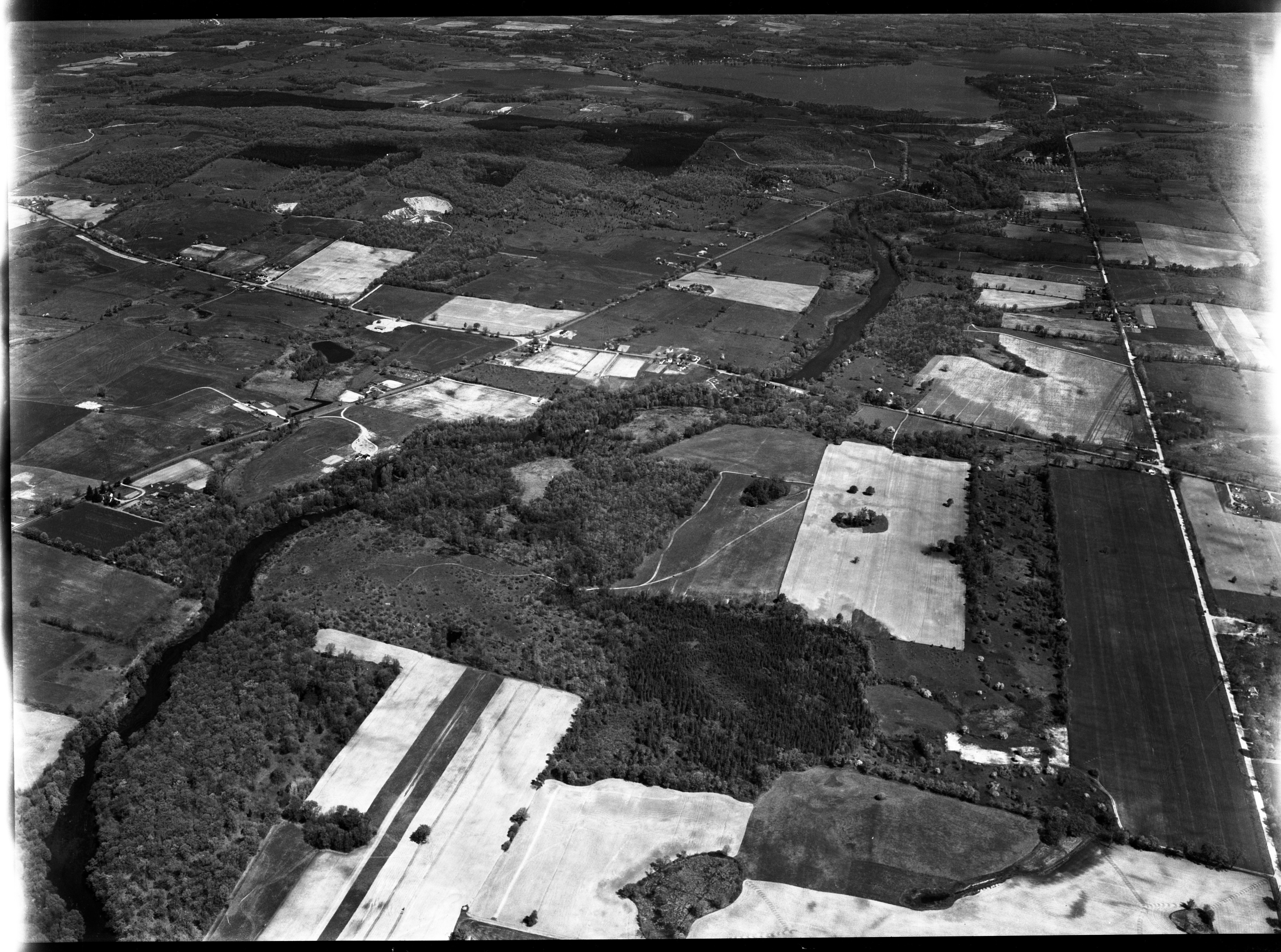 Aerial Photograph of Huron River Parkway North of Dexter to Portage Lake, May 1953 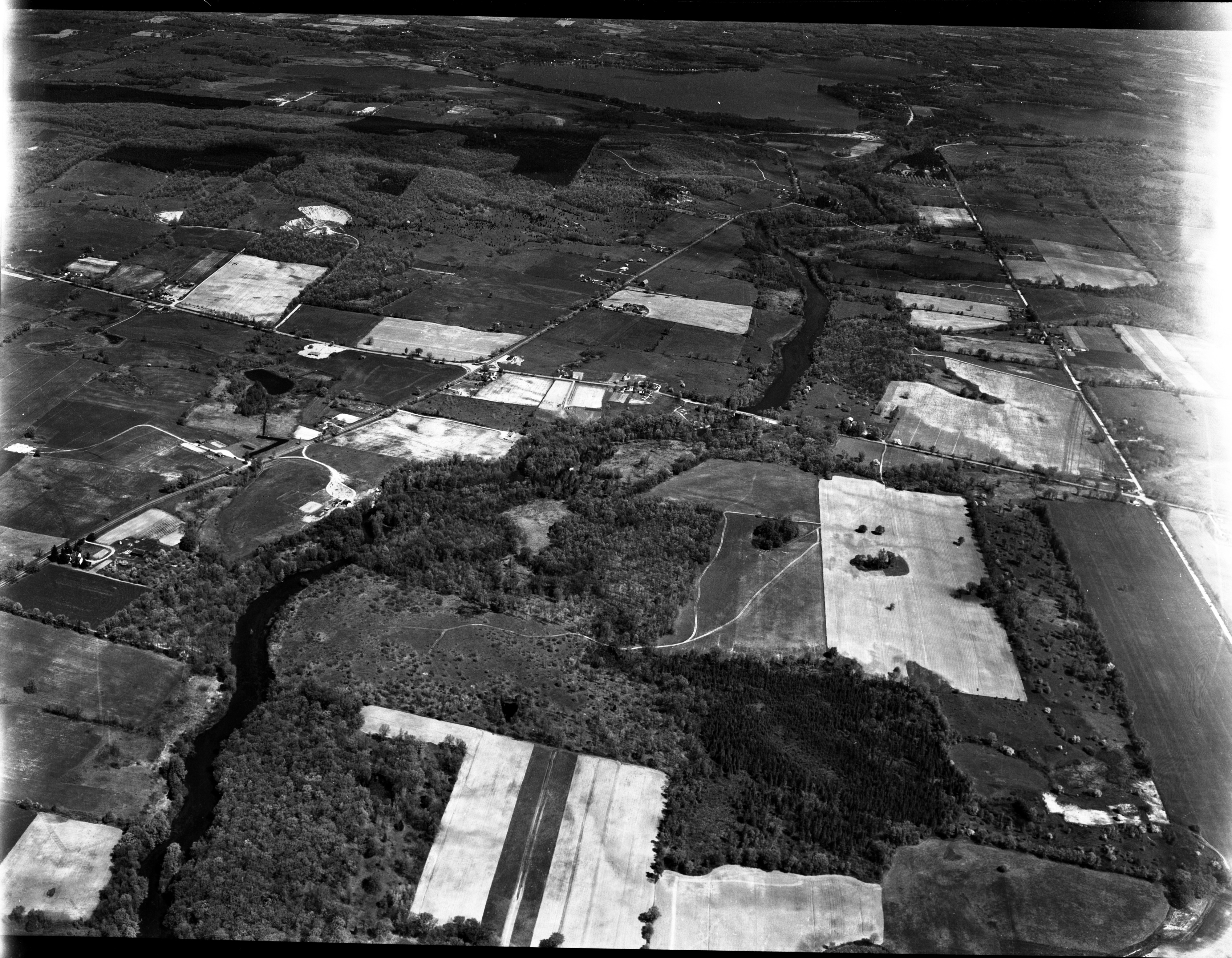 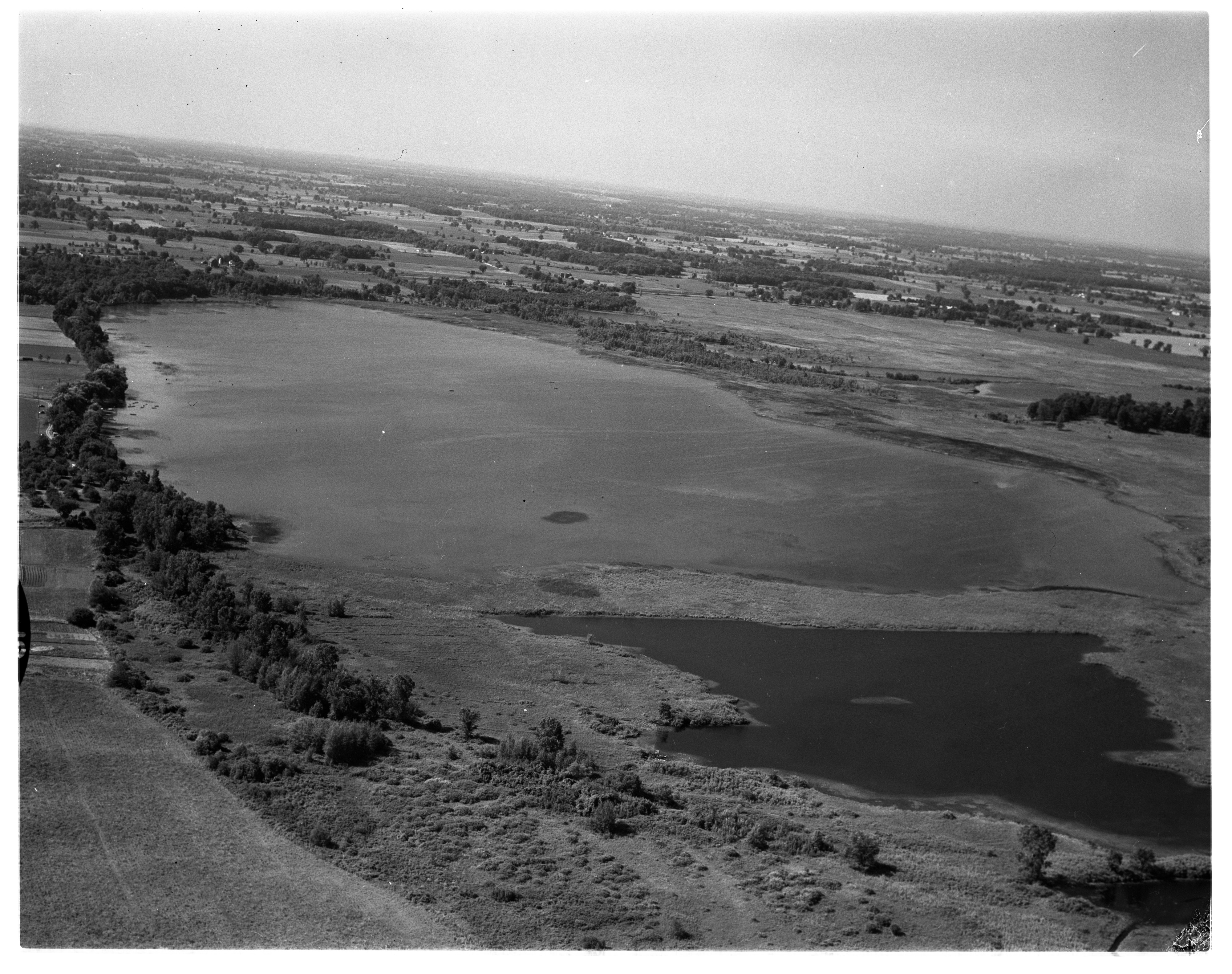 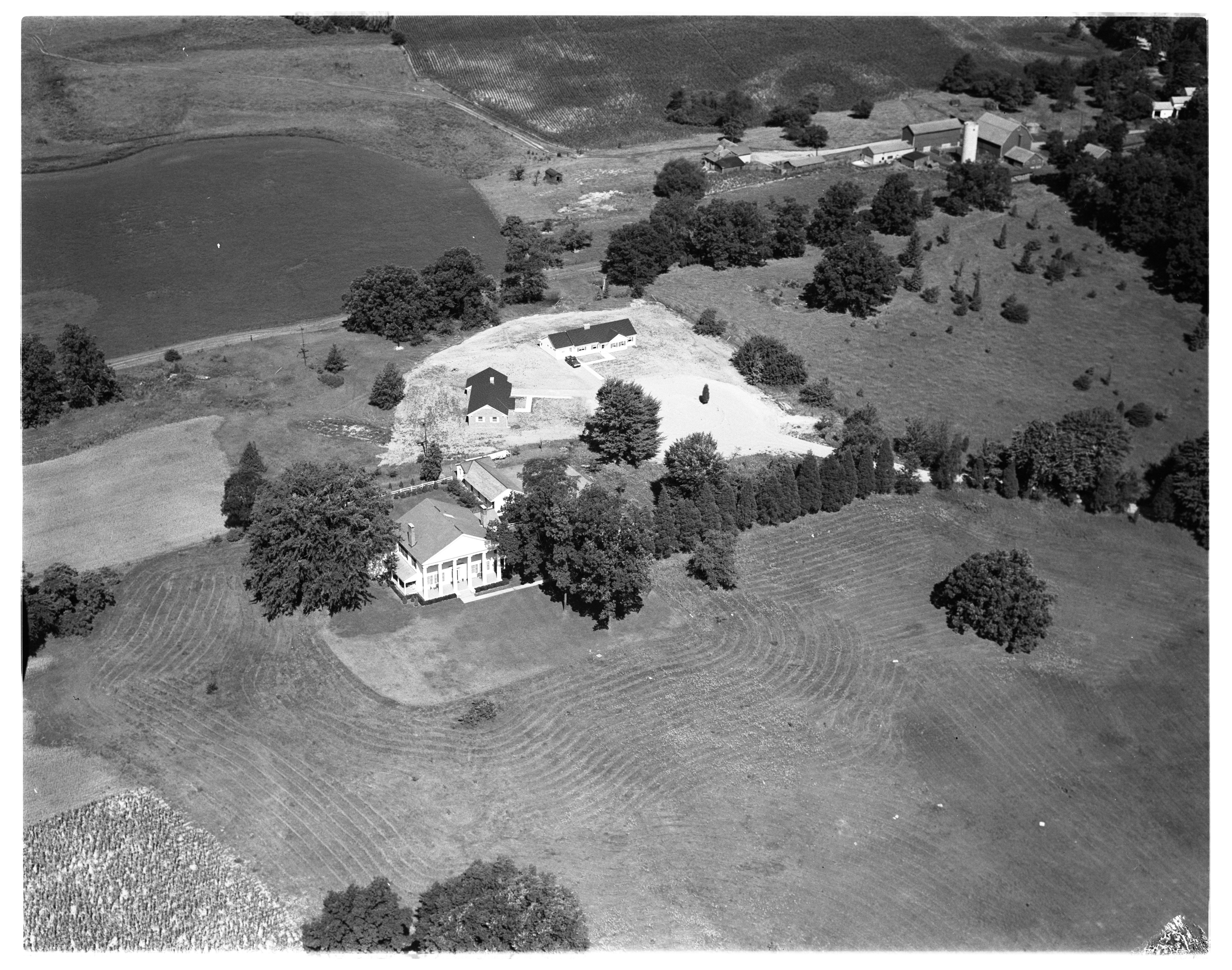 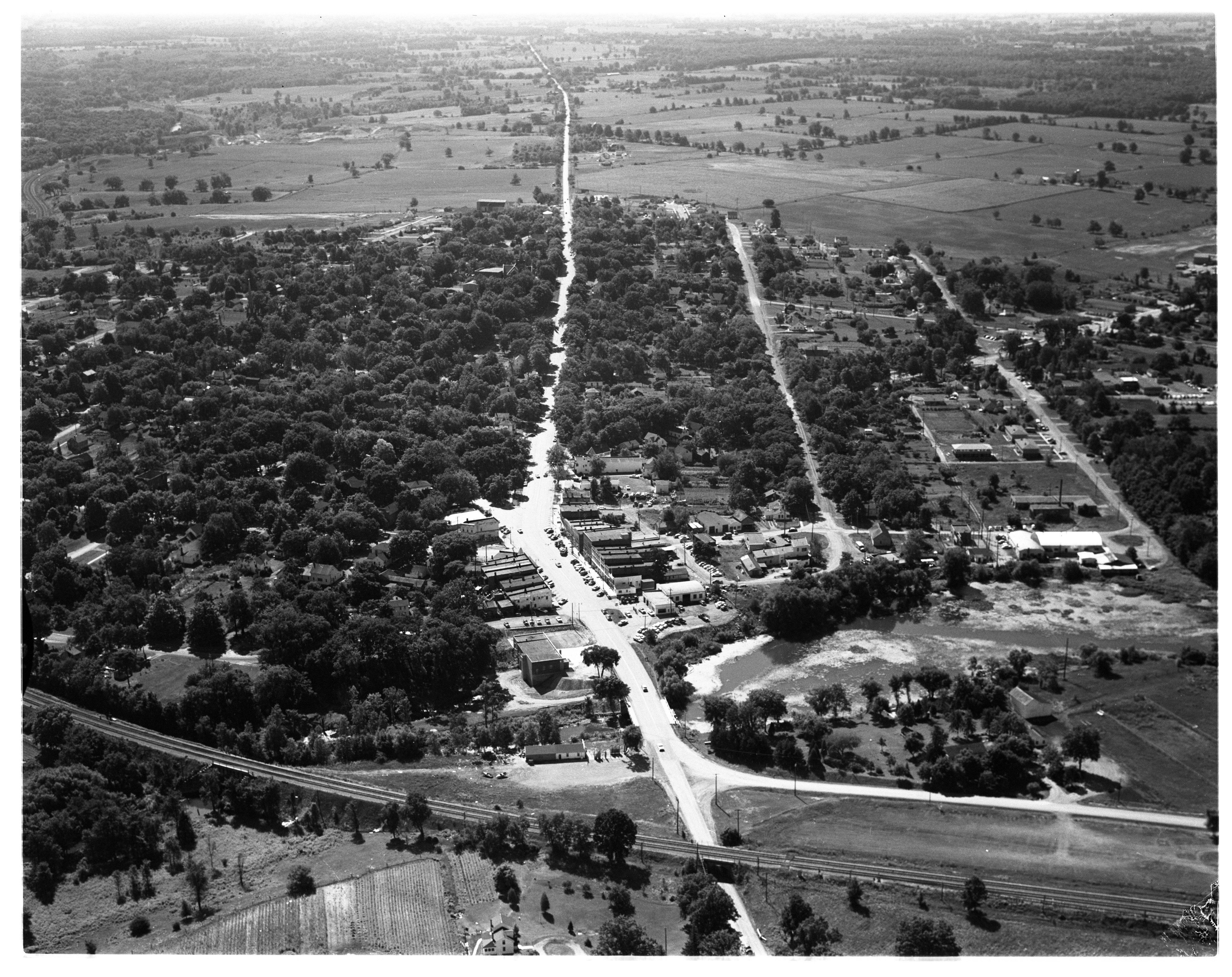 Published In
Ann Arbor News, August 22, 1956
Caption
Village of Dexter: Located in the extreme northwest corner of Scio township is Dexter village, one of Michigan's oldest communities. Trees abound in its residential areas. The business district looms in the foreground and the white strip heading out toward the top of the picture is M-132 which links Dexter with Ann Arbor. The New York Central Railroad line, in the foreground, passes around the village's northern edge and here turns toward Chelsea. Dexter was founded by a famous Washtenaw county judge, Samuel W. Dexter.
Copyright
Copyright Protected 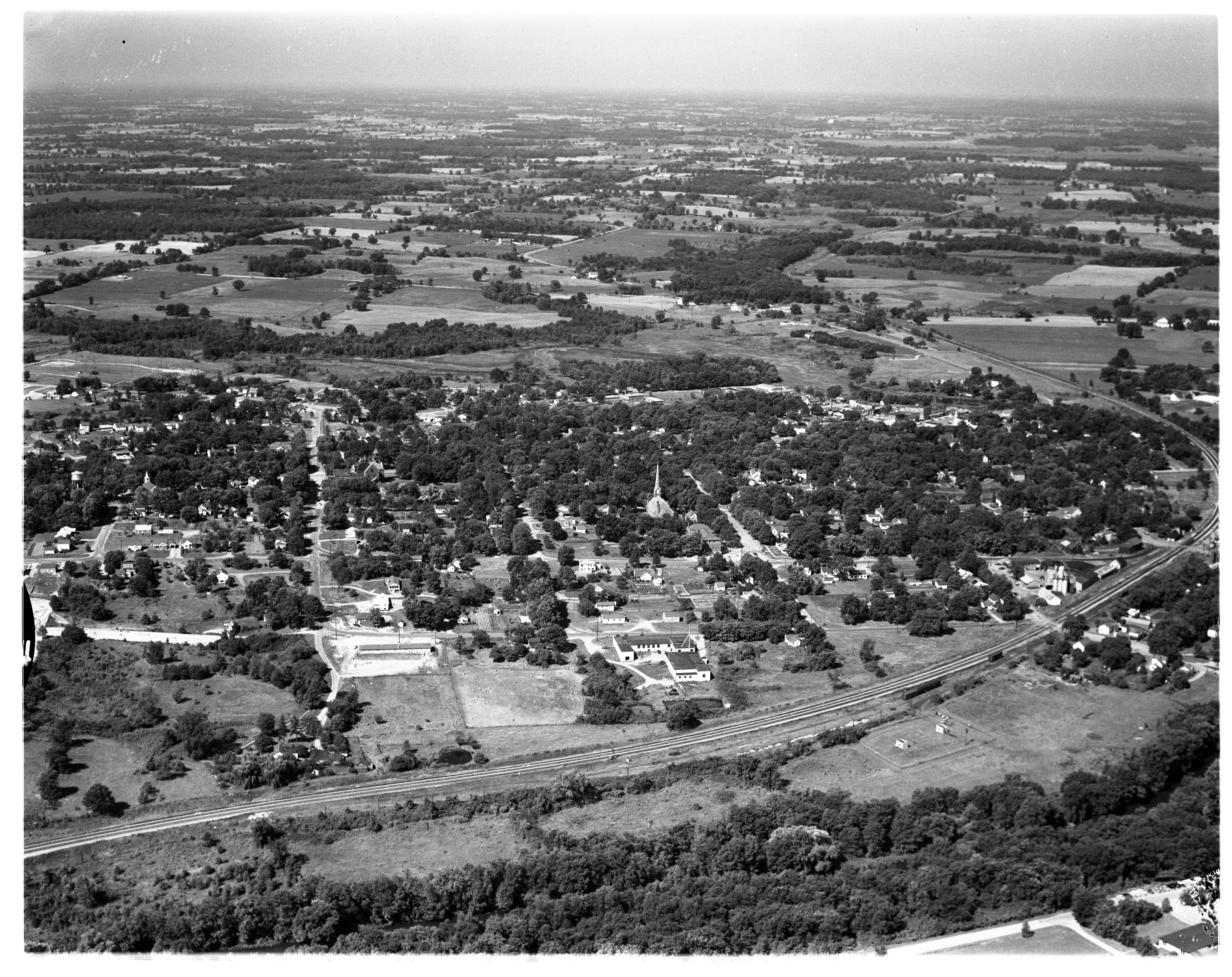 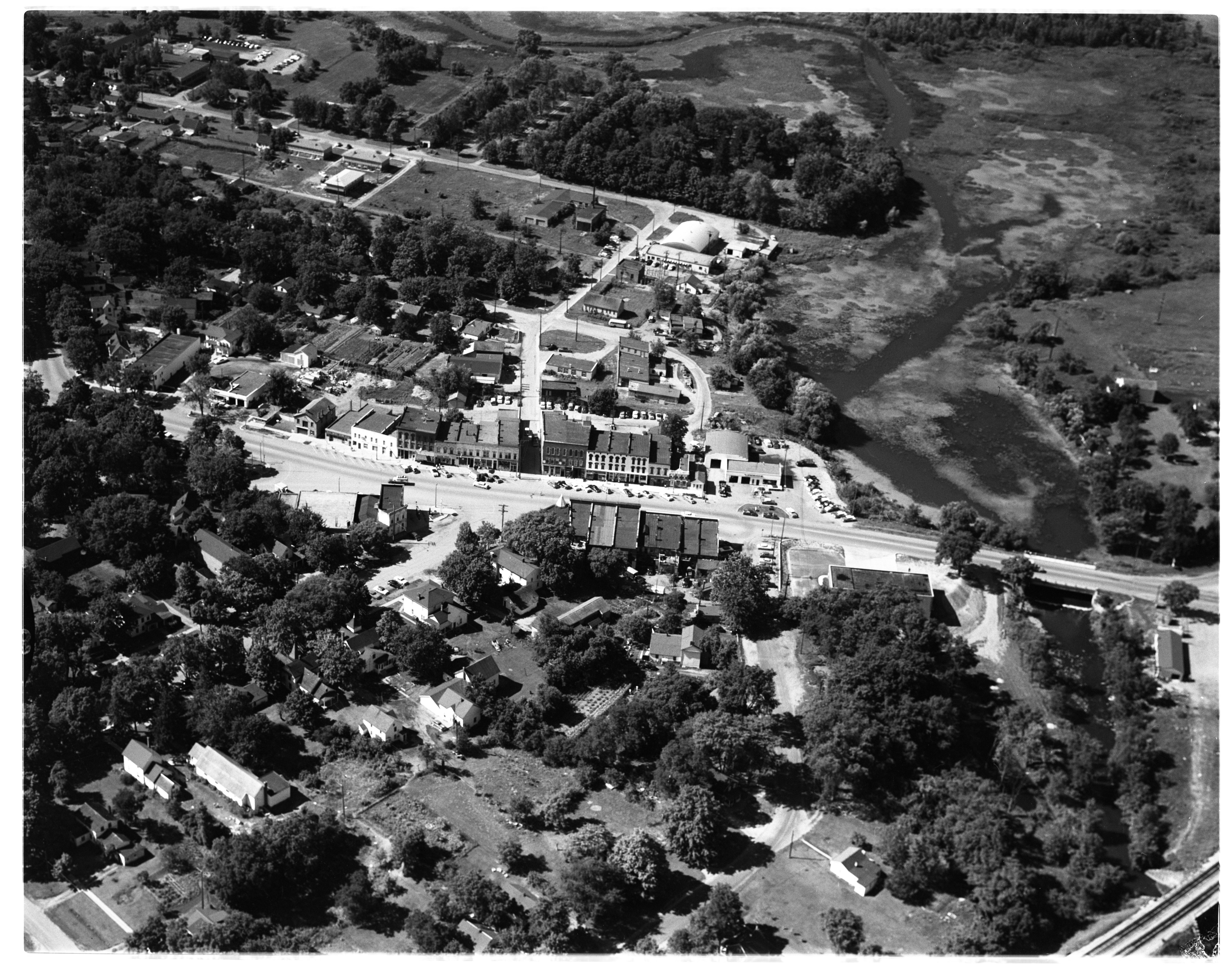