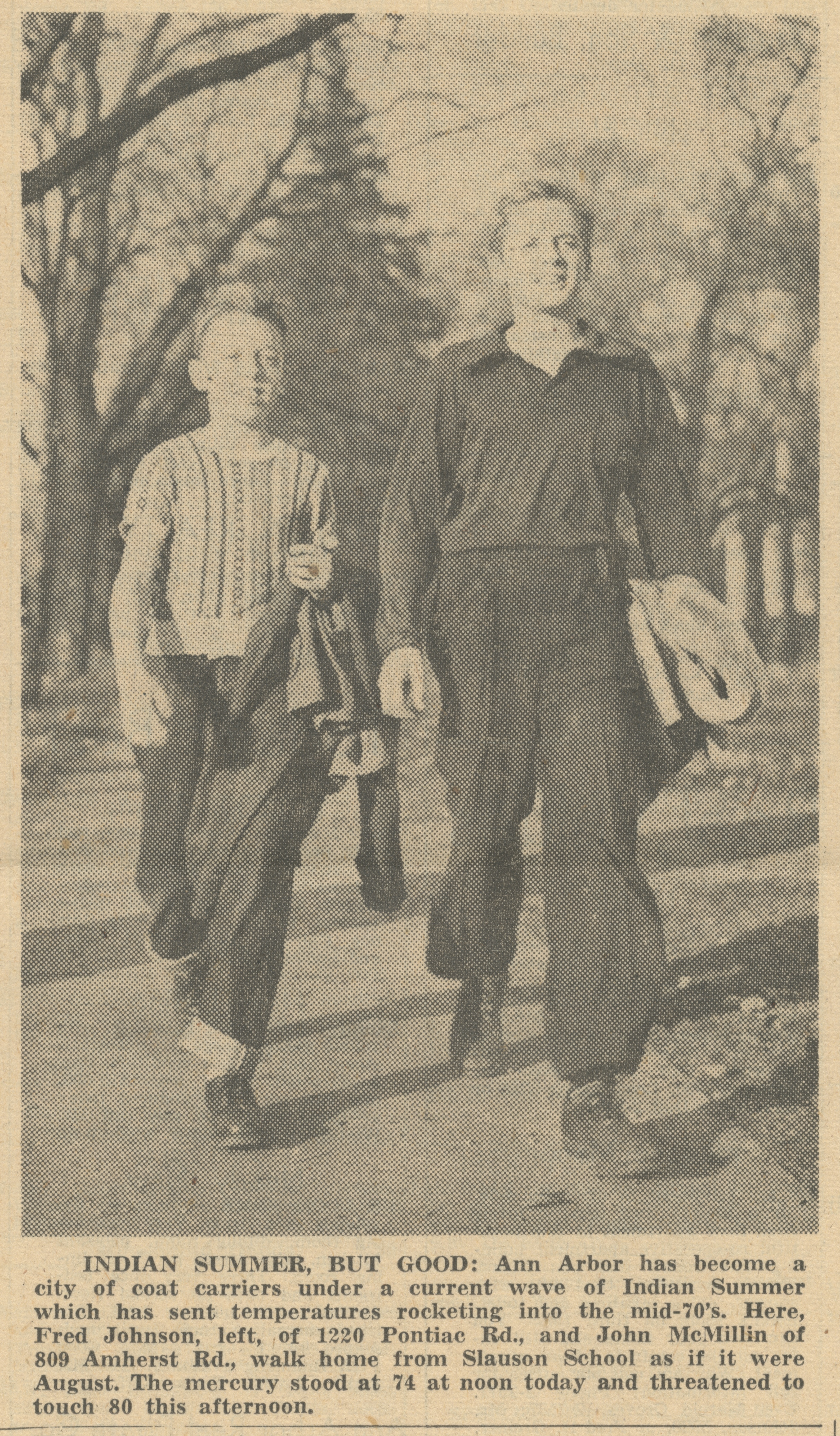 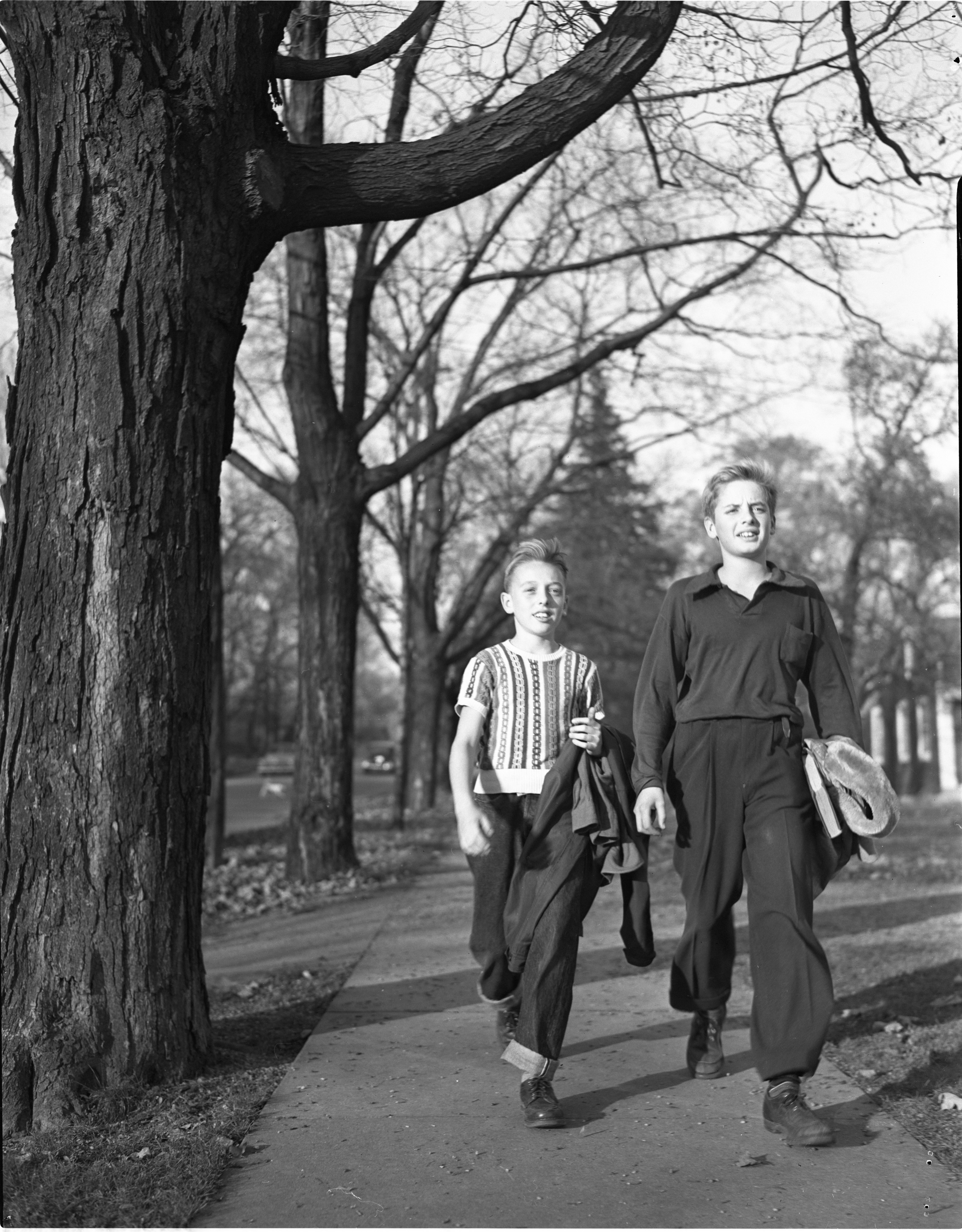 Published In
Ann Arbor News, October 31, 1950
Caption
INDIAN SUMMER, BUT GOOD: Ann Arbor has become a city of coat carriers under a current wave of Indian Summer which has sent temperatures rocketing into the mid-70's. Here, Fred Johnson, left, of 1220 Pontiac Rd., and John McMillin of 809 Amherst Rd., walk home from Slauson School as if it were August. The mercury stood at 74 at noon today and threatened to touch 80 this afternoon.
Copyright
Copyright Protected 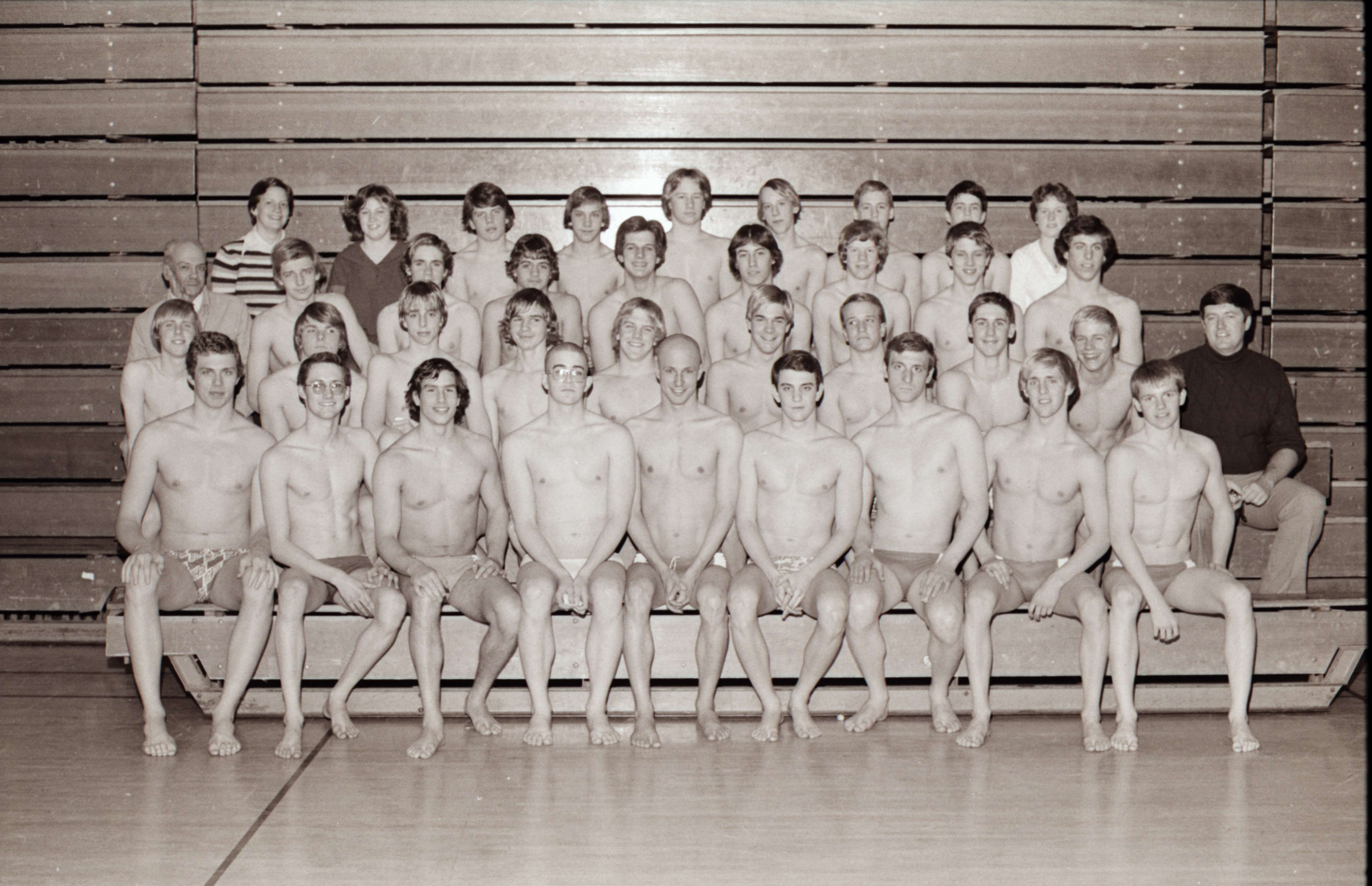 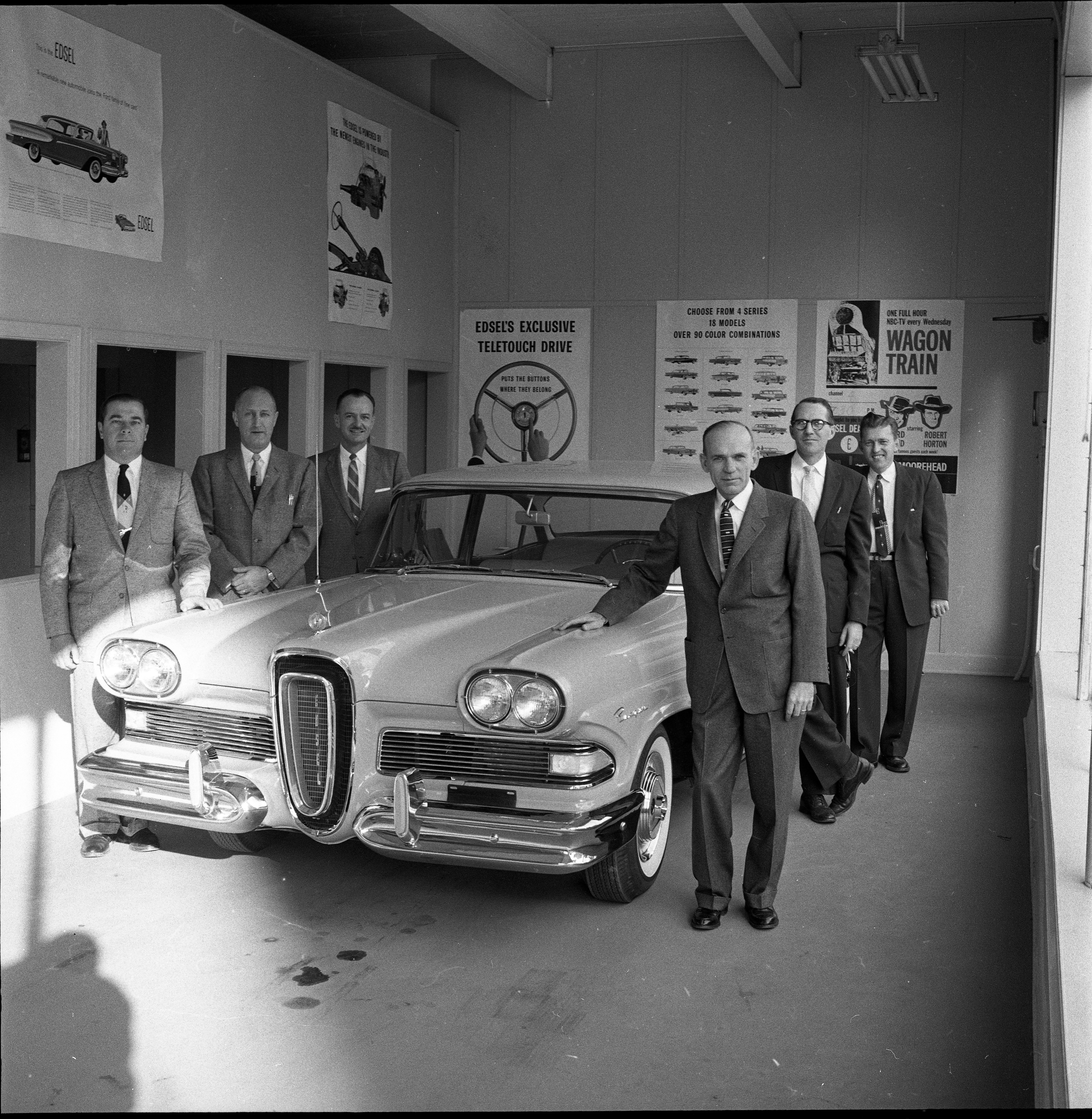 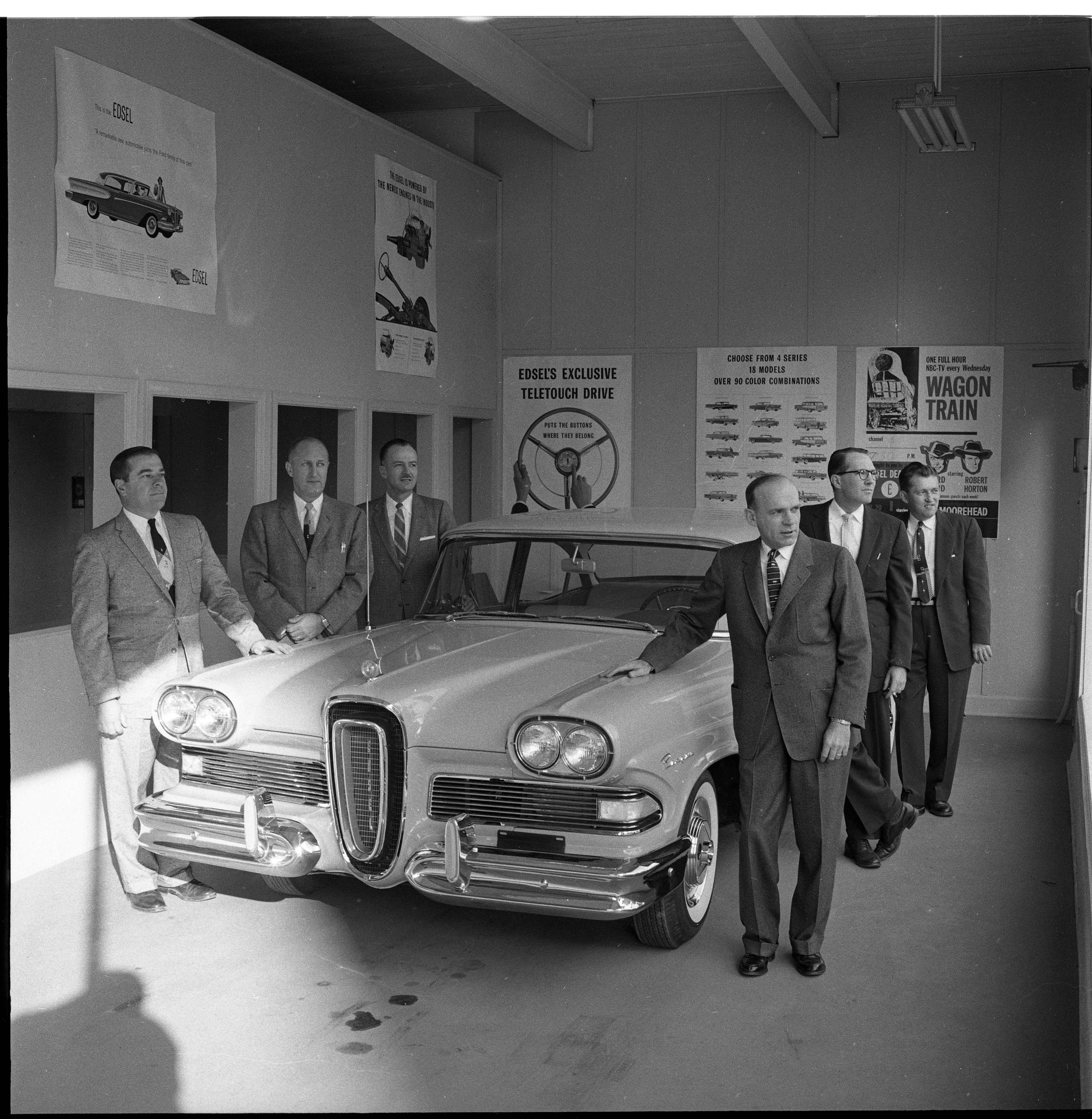