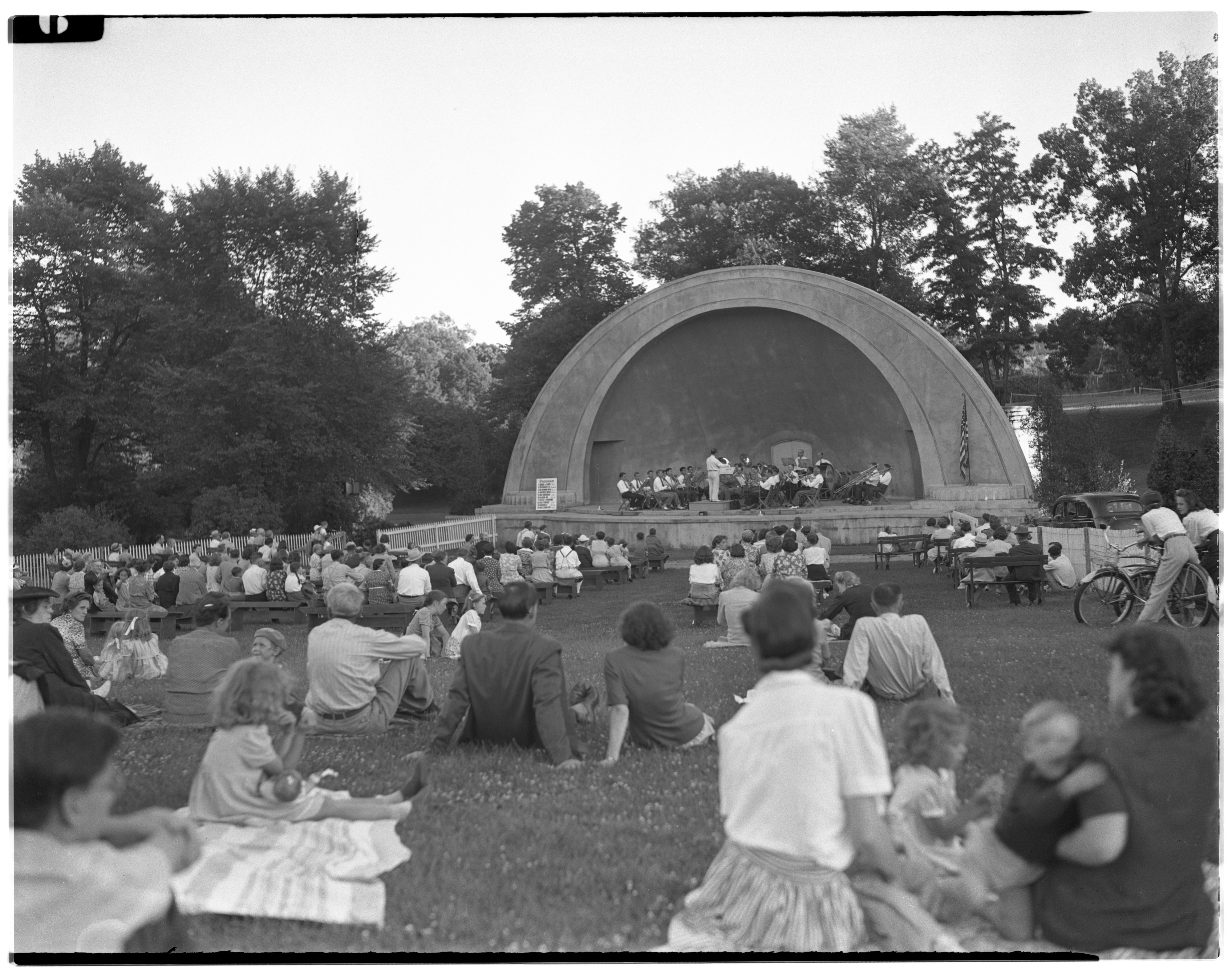 Published In
Ann Arbor News, July 19, 1943
Caption
Park Band Opens Summer Season: The Ann Arbor Park band, sponsored by Joseph F. Buhr of the Buhr Machine Tool Co., opened its summer season last night with a concert in West Park. The band, directed by D. C. Ryan, is shown playing from the orchestra shell for a gathering of music lovers sitting on benches and on the grass. Present plans call for a series of six Sunday evening concerts by the band, which is composed of both union and non-union musicians employed in Ann Arbor, many of them at the Buhr plant. The band was organized last summer by Mr. Buhr for the benefit of both music-lovers and musicians.
Copyright
Copyright Protected
Subscribe to Ann Arbor Park Band