Published In
Ann Arbor News, February 5, 1940
Caption
WEDDING BREAKFAST FOLLOWED CEREMONY OF SATURDAY: The former Miss Beatrice Adele DeVine of Seneca Rd. and Kevin Kennedy of Buffalo, N. Y. were married at 11 o'clock Saturday morning in St. Mary's chapel, and a wedding breakfast was served at noon in the Michigan League. Just before the party was seated, the picture above was taken with Mrs. Kennedy at the left, Mr. Kennedy, and Miss Catherine DeVine, sister of the bride, who was her maid of honor. Mr. and Mrs. Kennedy motored south and will live in Buffalo.
Copyright
Copyright Protected 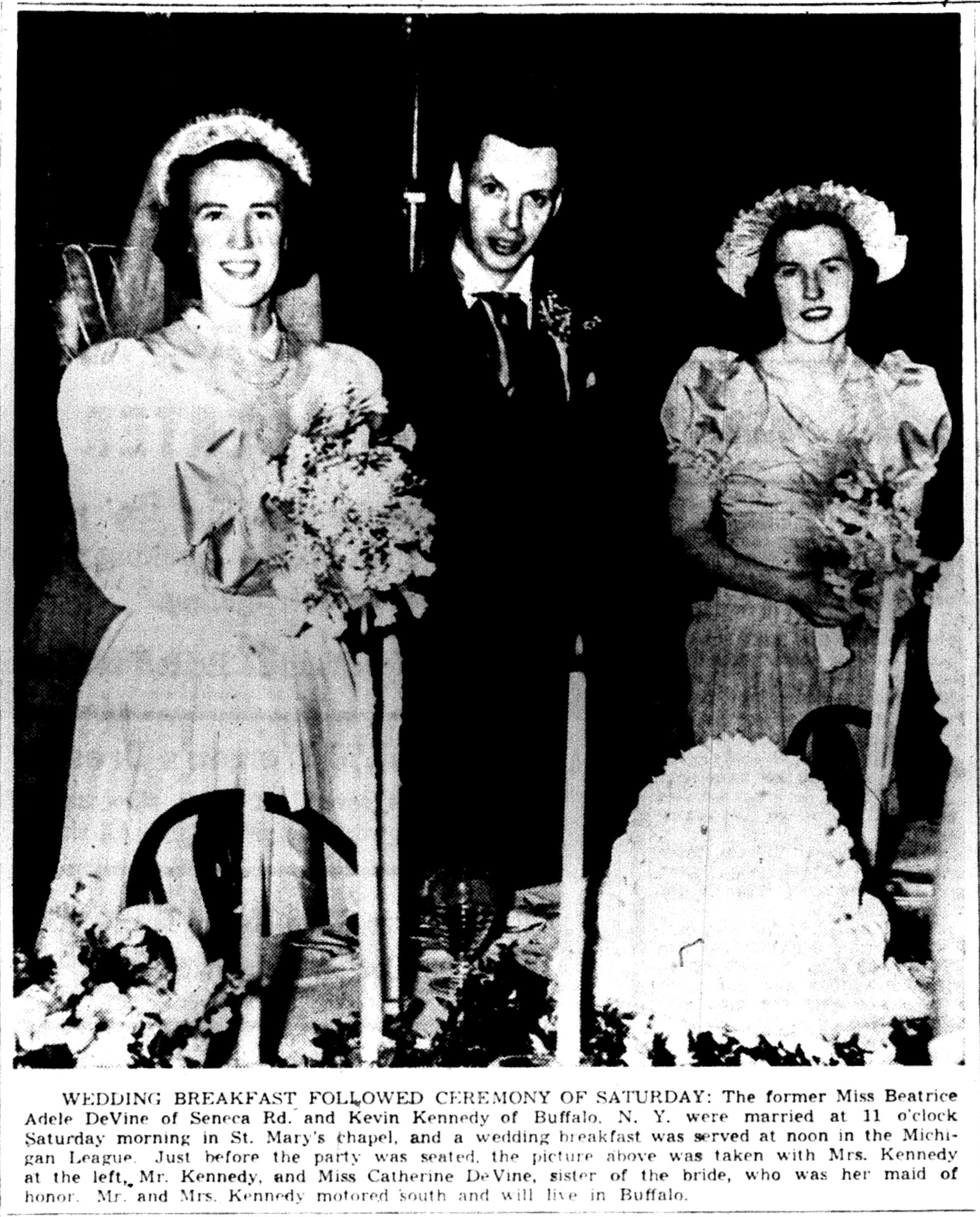