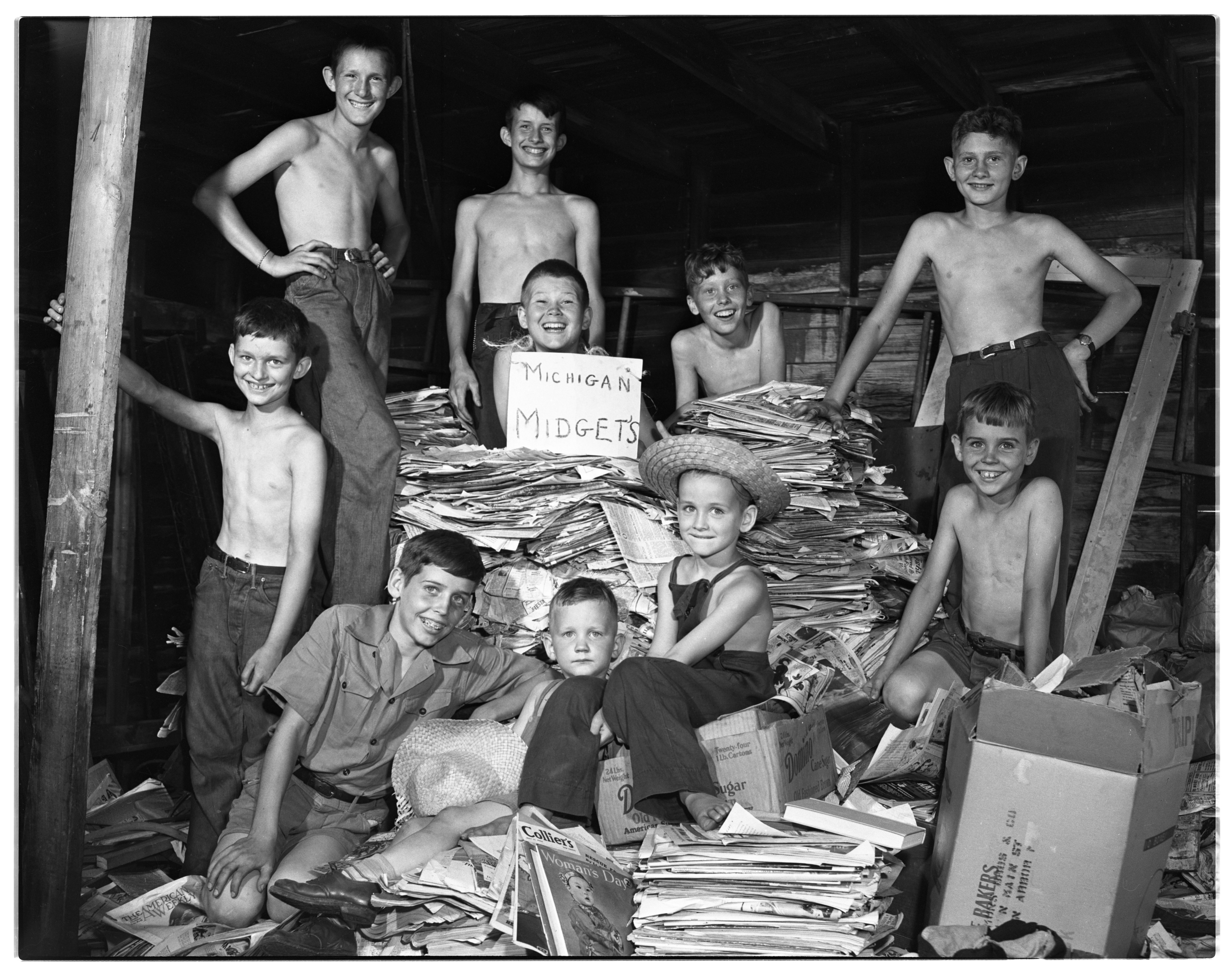 The Michigan Midgets Give a Thumbs Up During Paper Salvage, June 1944 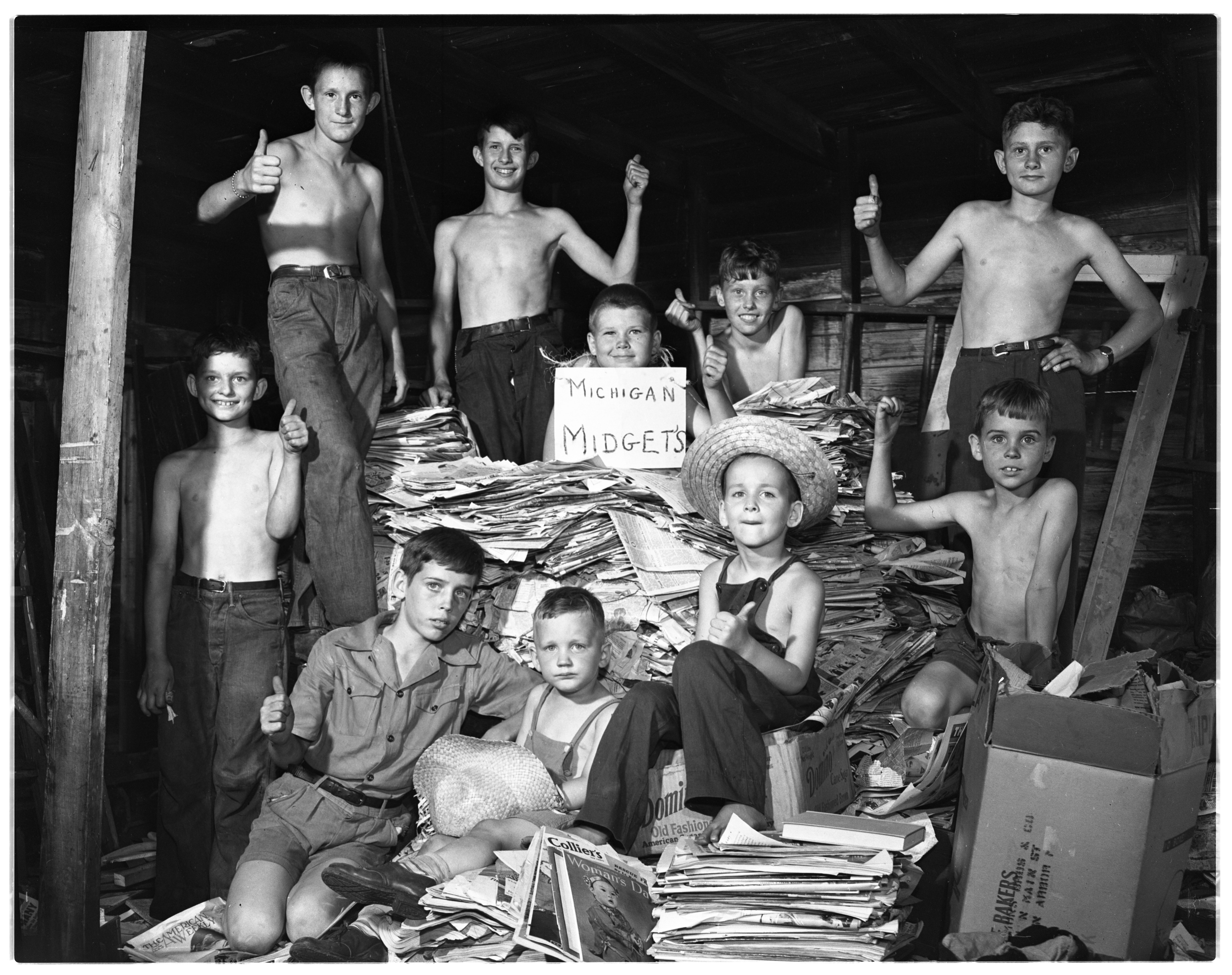