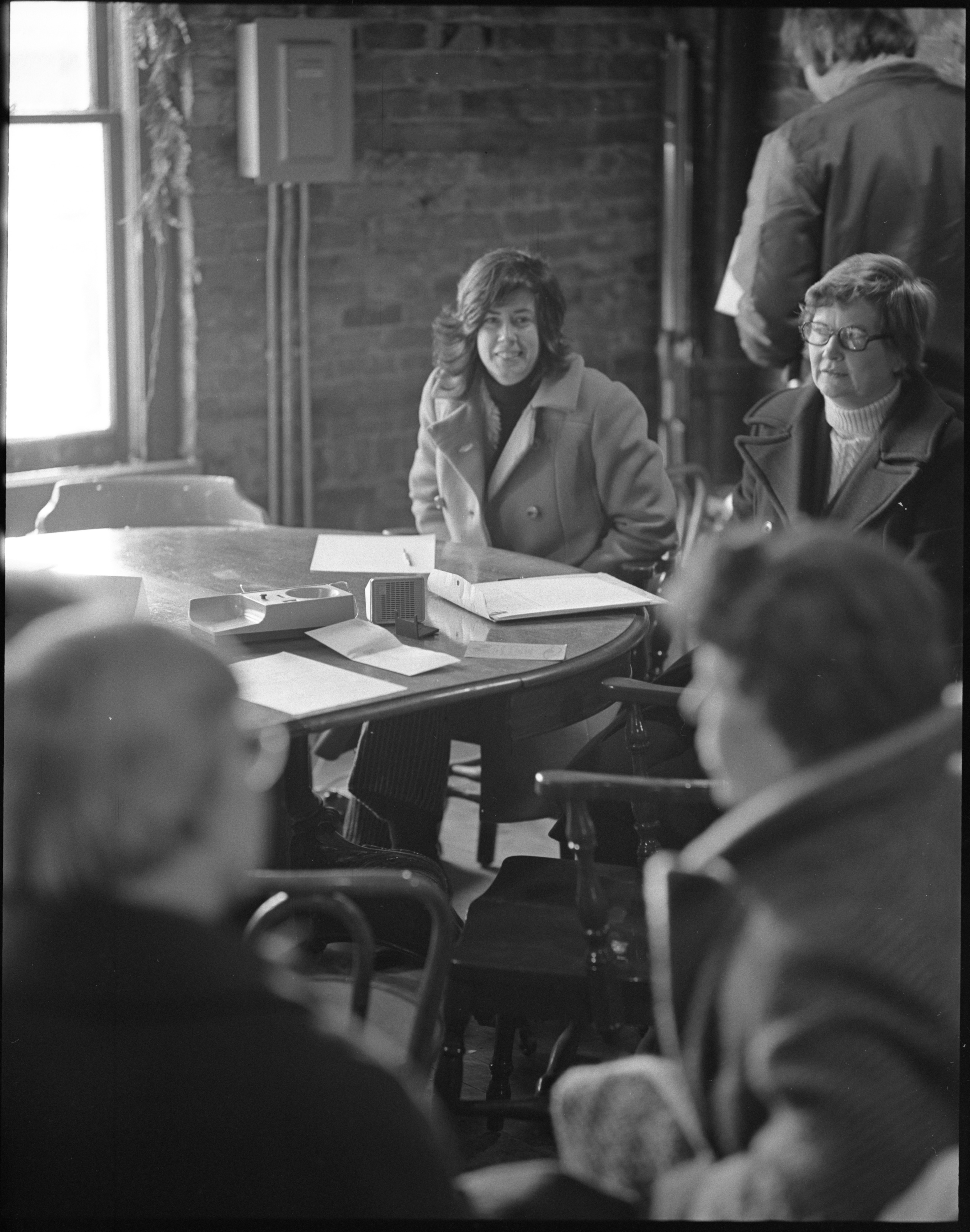 Published In
Ann Arbor News, December 17, 1973
Caption
Instead of a personal appearance, area League of Women Voters members had to settle for a telephone transmission from U.S. Rep. Marvin Esch at the group's annual interview session with the Congressman. In photo, Marcia Borowsla of the Plymouth LWV listens with interest to Esch's comments over an amplification box on the table. Esch couldn't break away from Washington because of a scheduled vote on the energy bill. He made light of his absence, saying that a similar "appearance" had netted him the compliments that he "sounded great" and "had never looked better." (Photo by Cecil Lockard)
Copyright
Copyright Protected
Subscribe to Marcia Borowsla