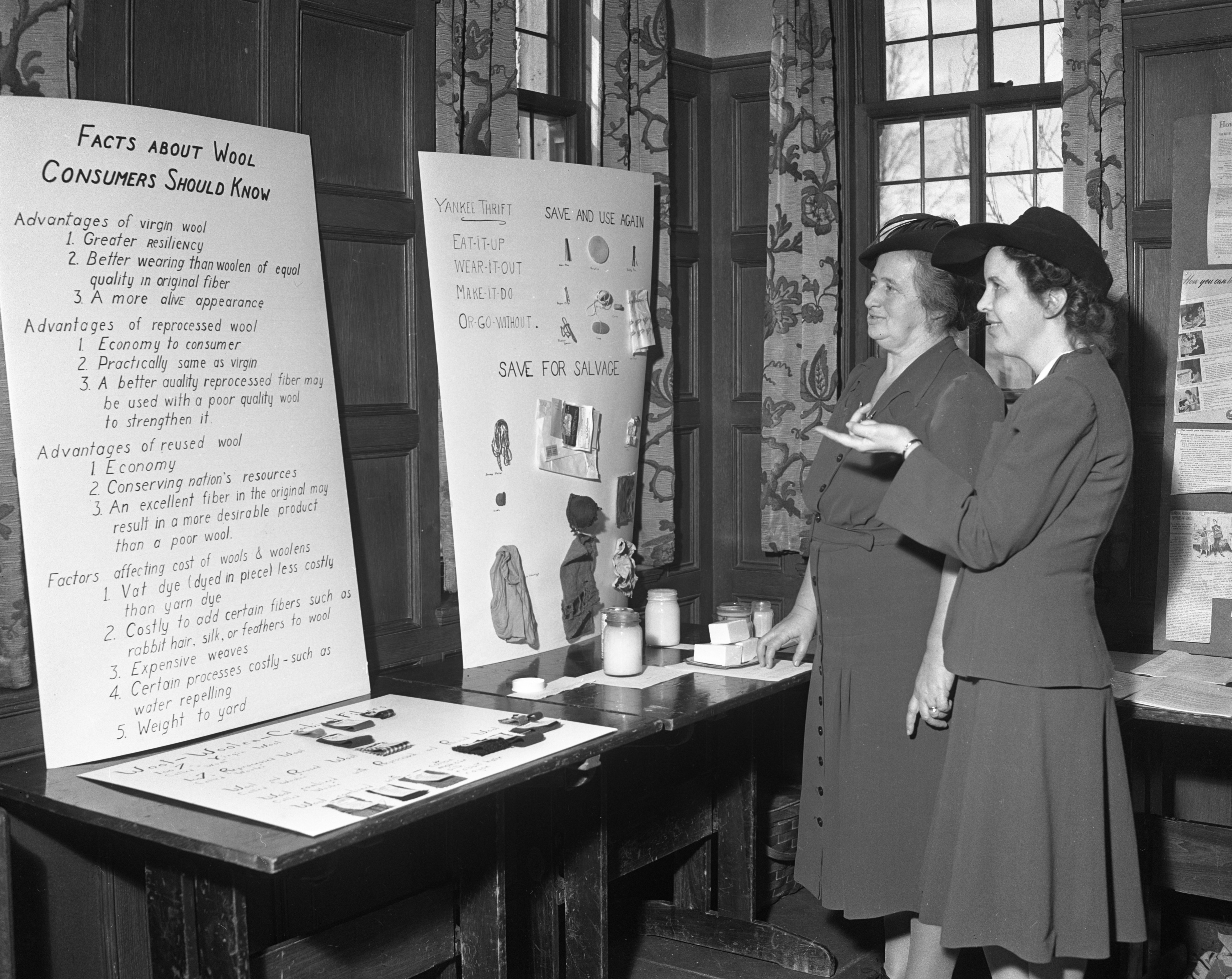 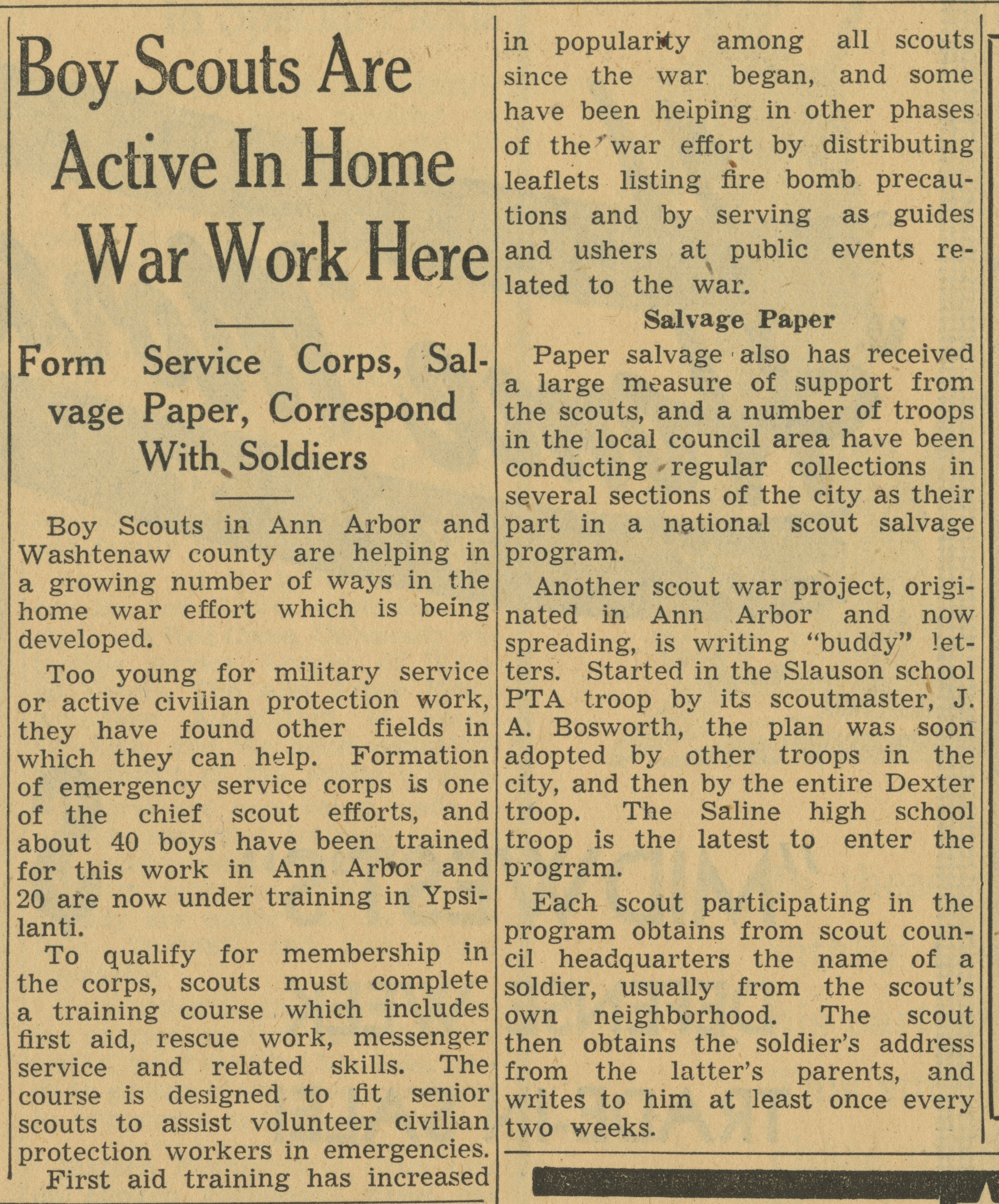 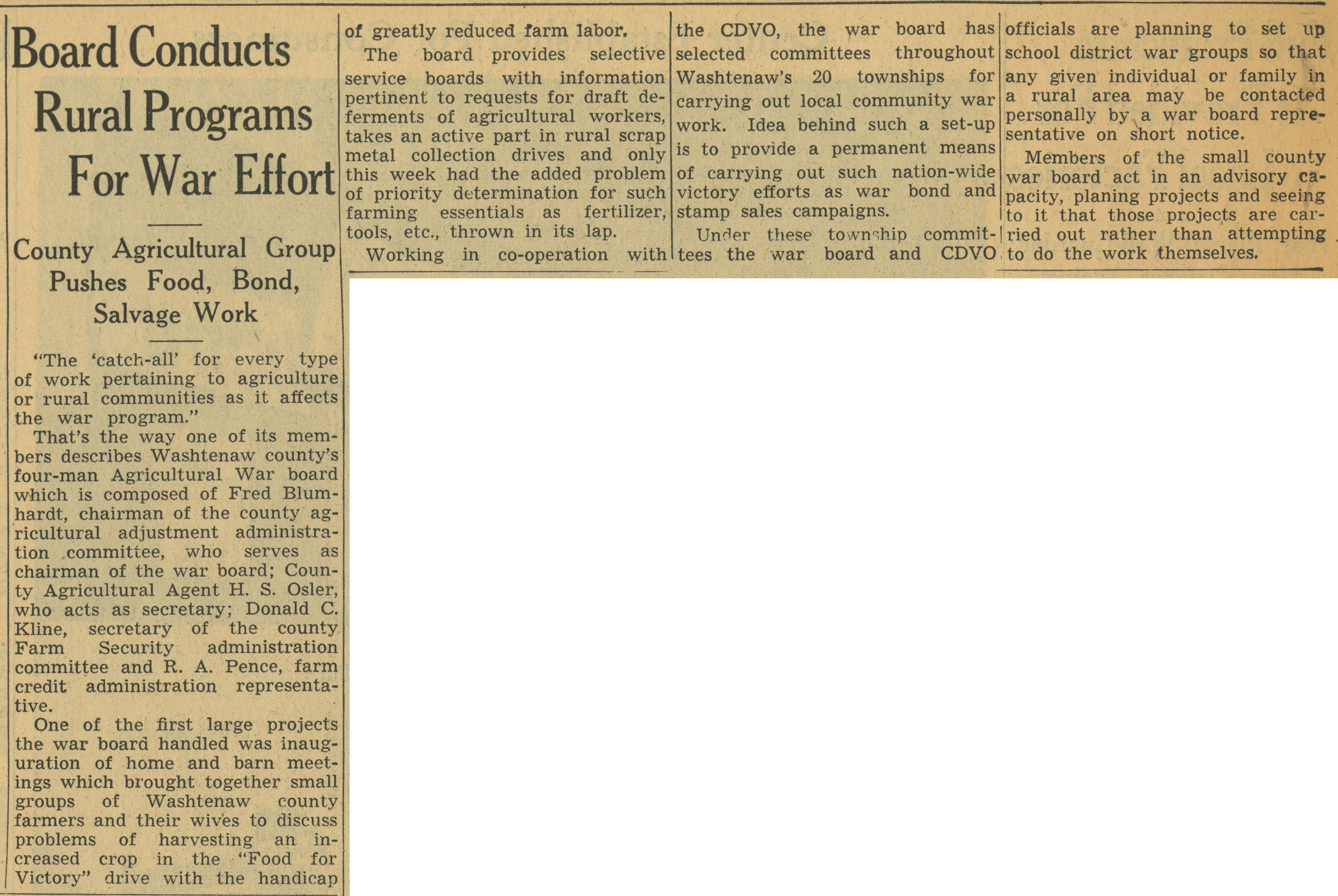 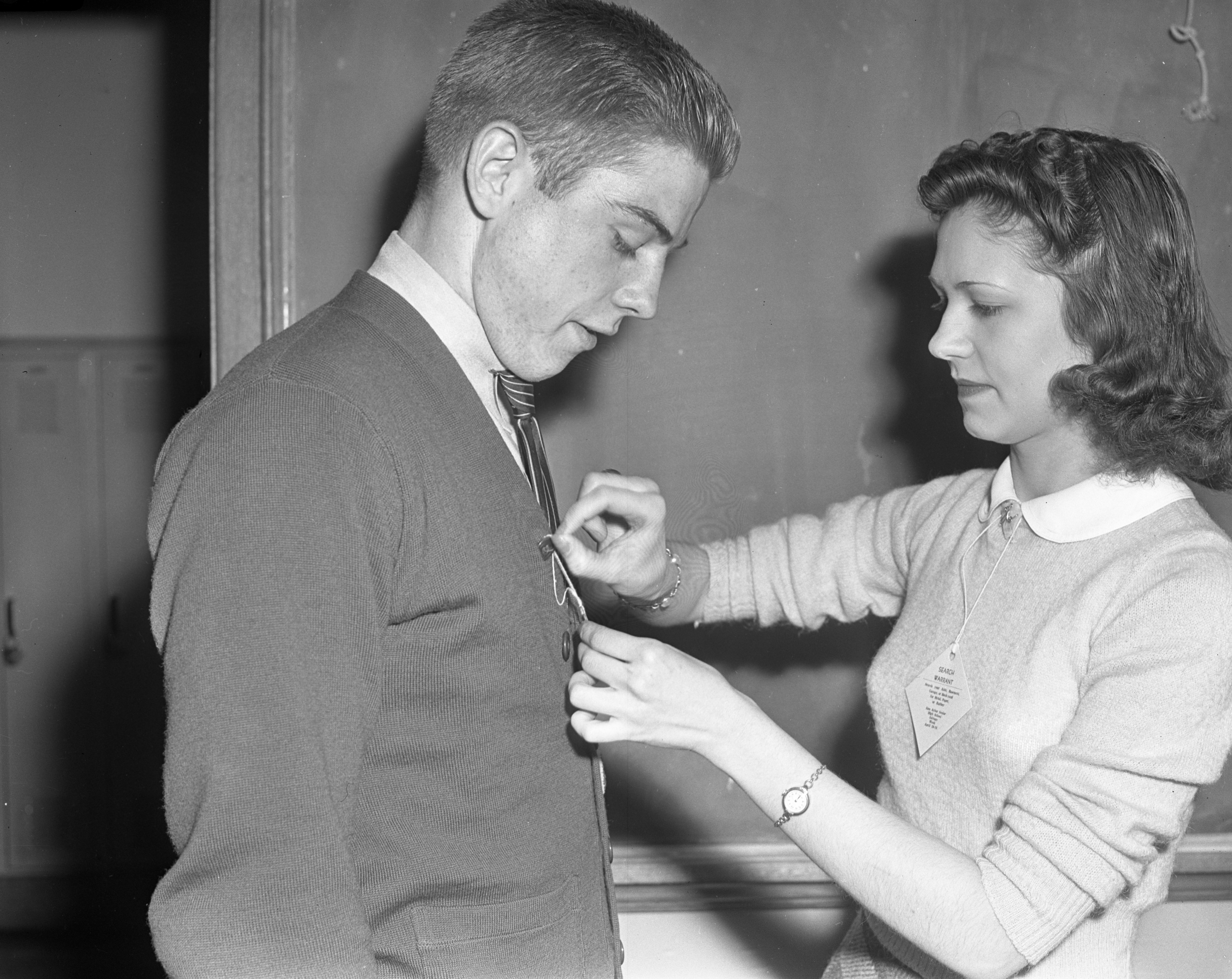 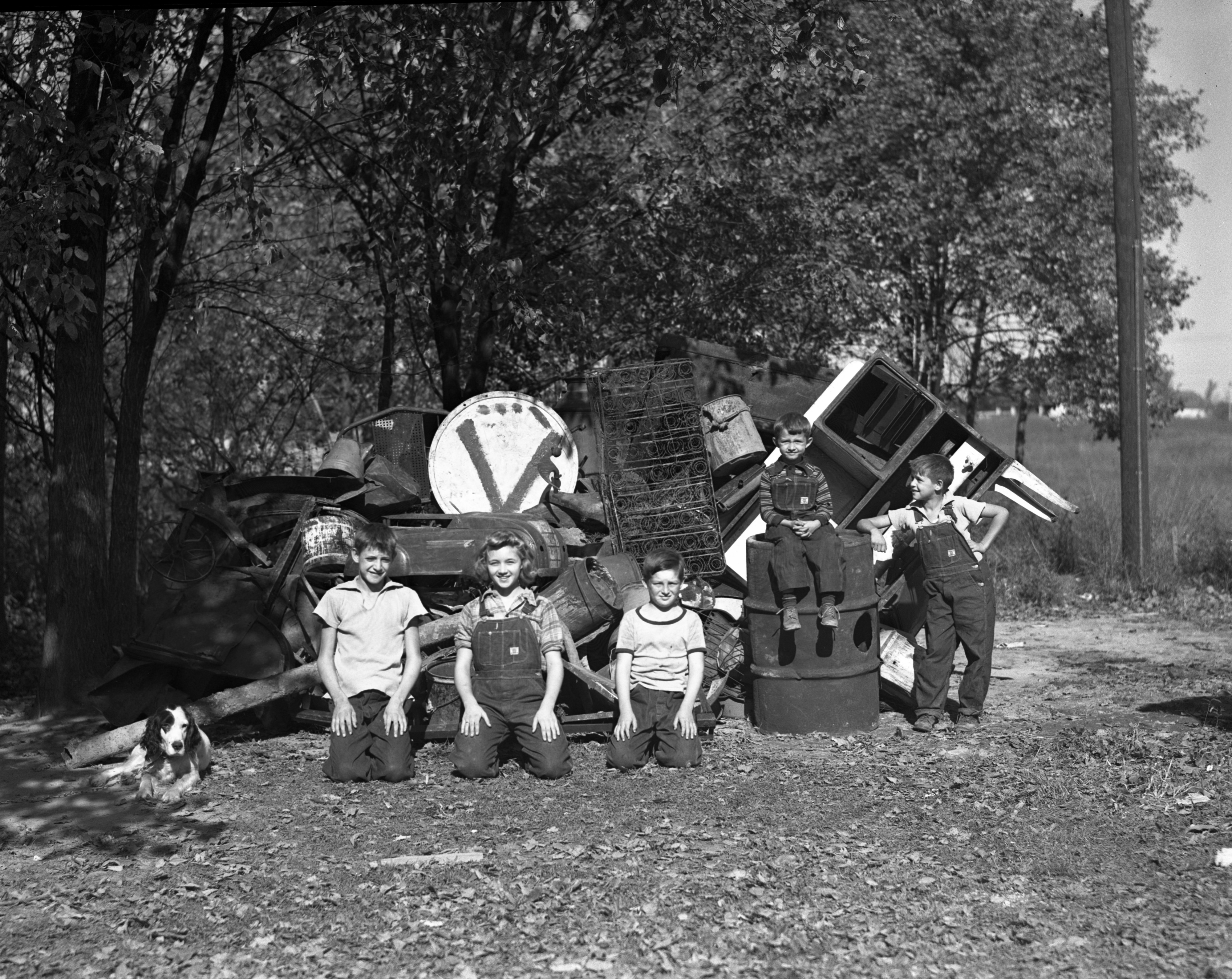 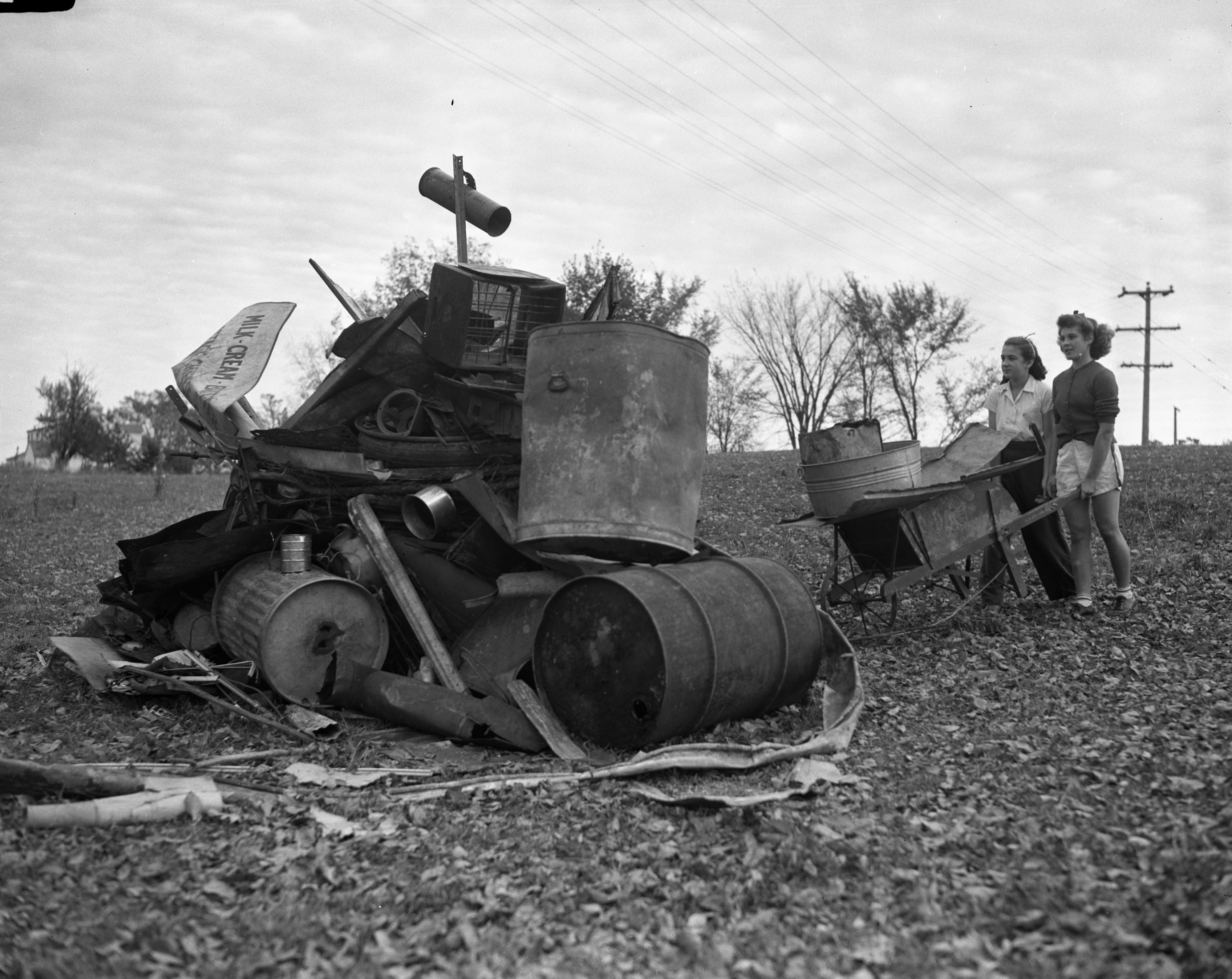 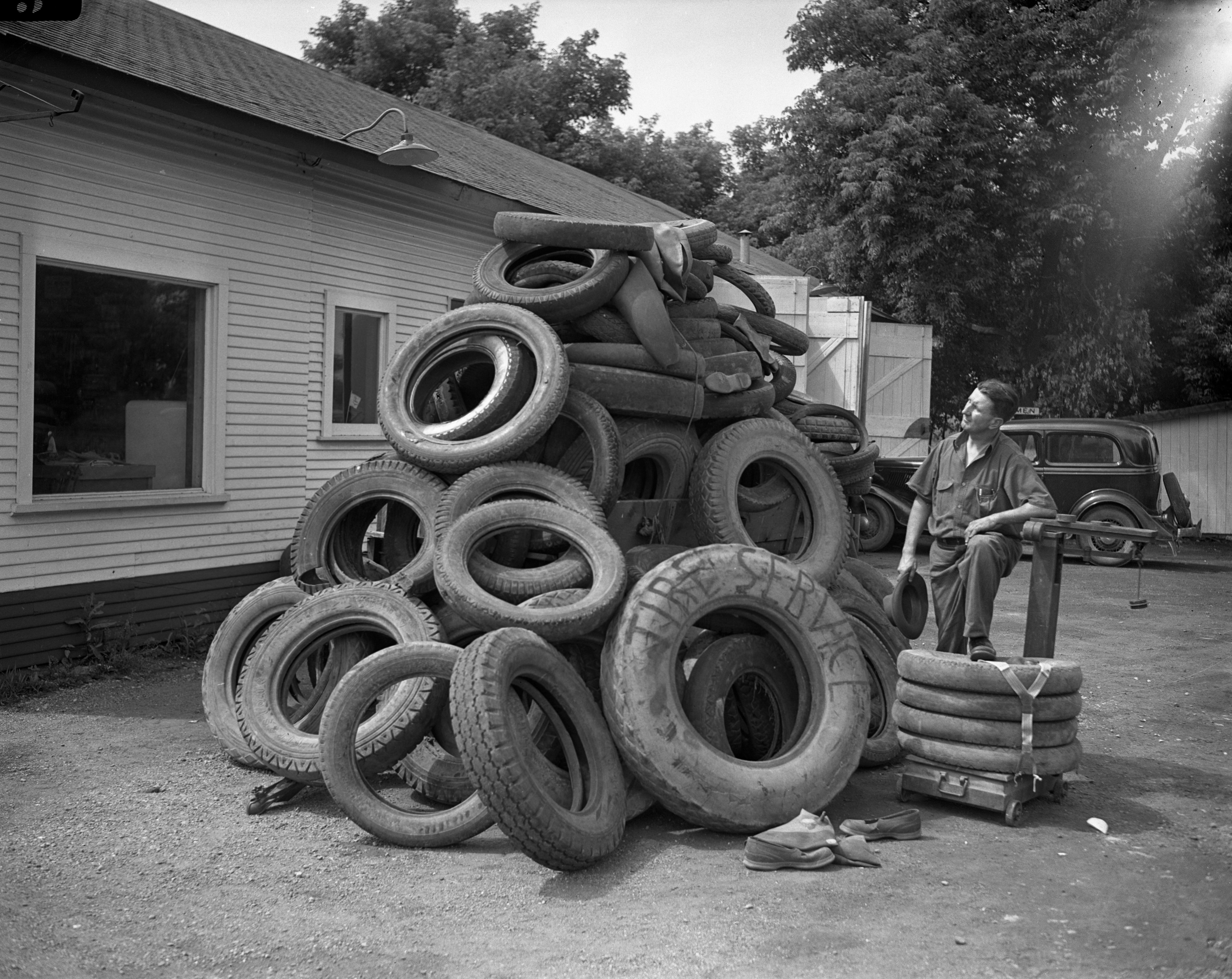 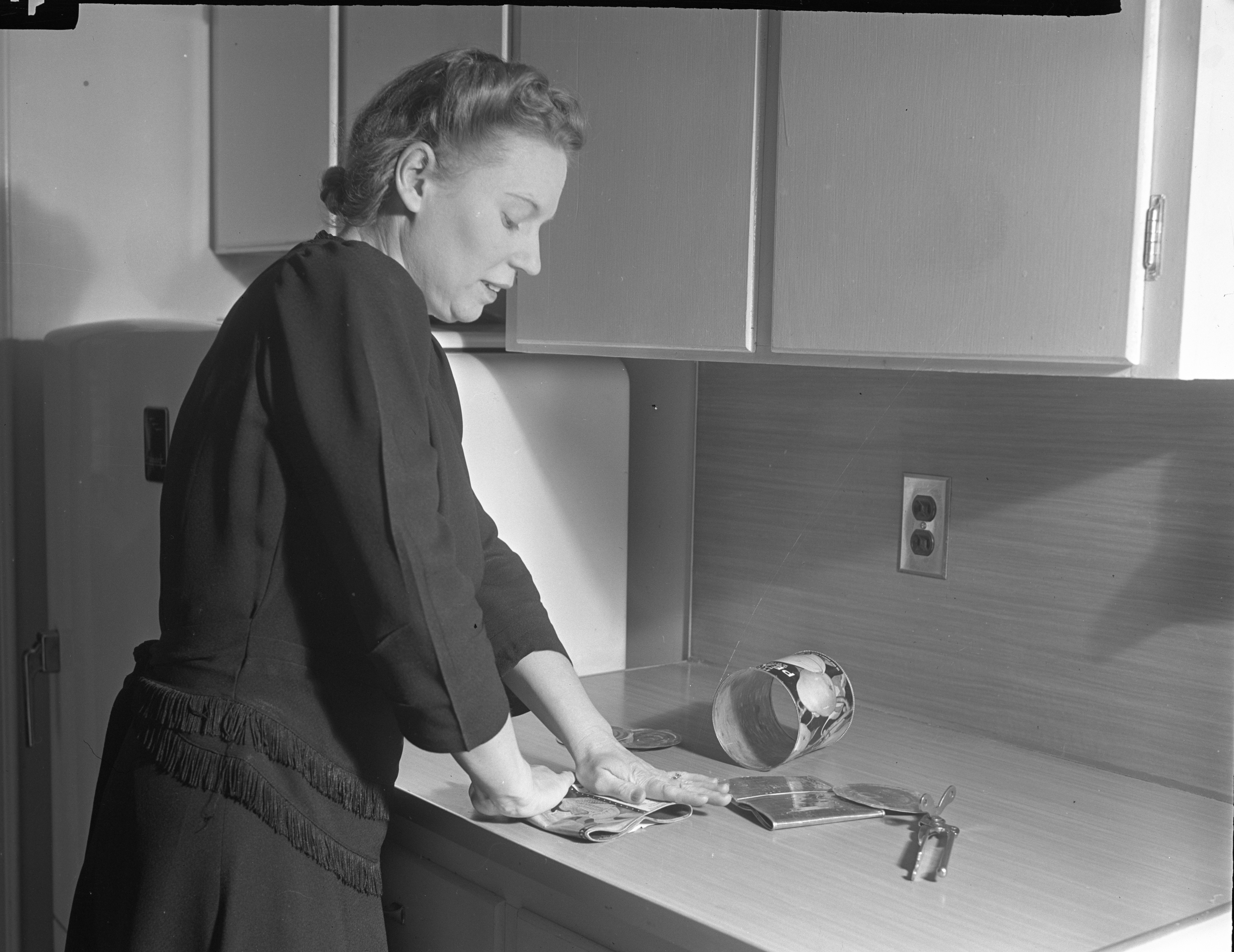 Published In
Ann Arbor News, April 6, 1962
Caption
Here's how to do it. The scrap tin can drive is on tomorrow. Save 'em, have Mrs. Arthur Resny (see photo) of 506 Maple Ridge, show you how to collapse them easily and safely, and then place them in containers on your lawn extension.
Copyright
Copyright Protected

An Emergency Statement to the People of the United States 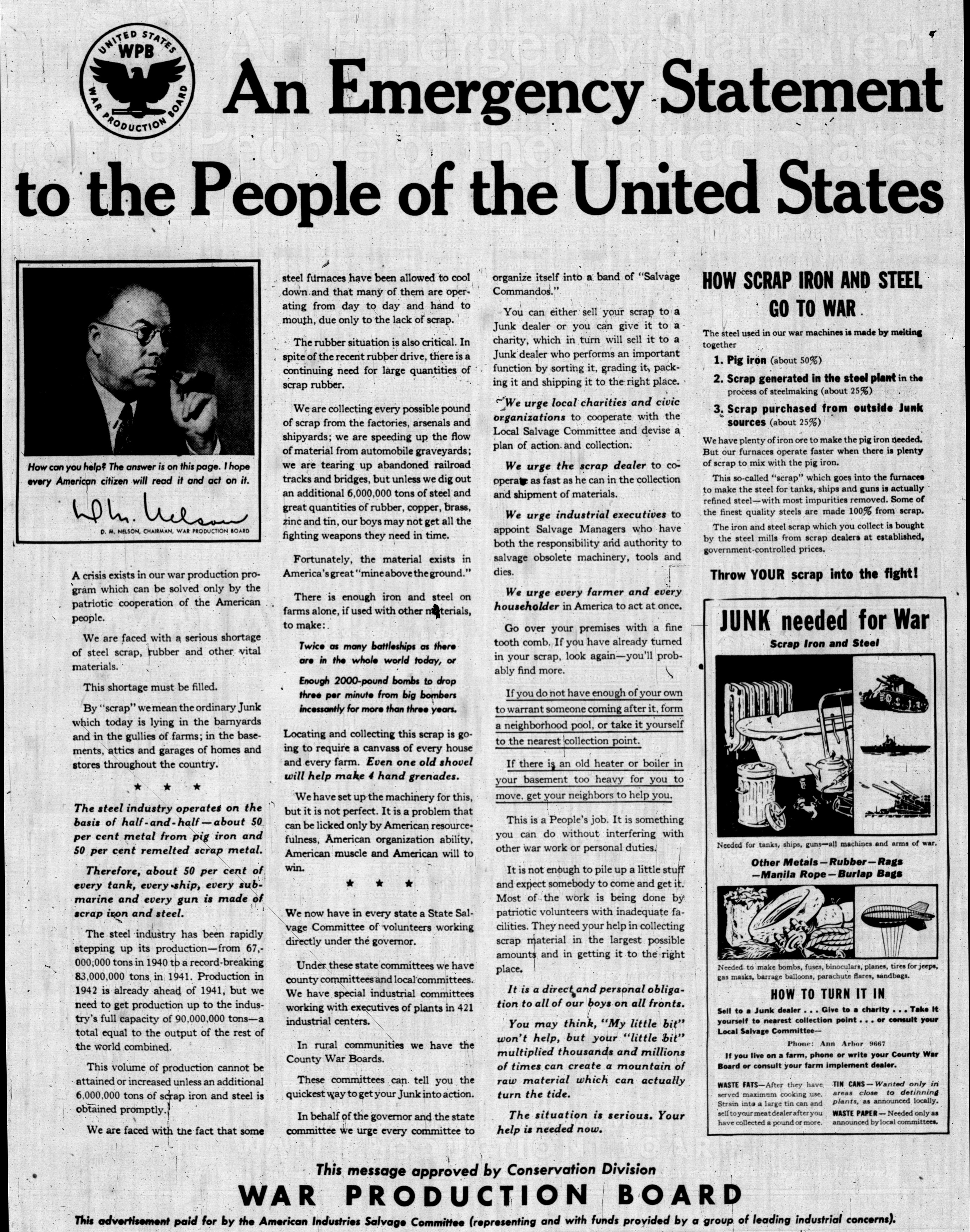 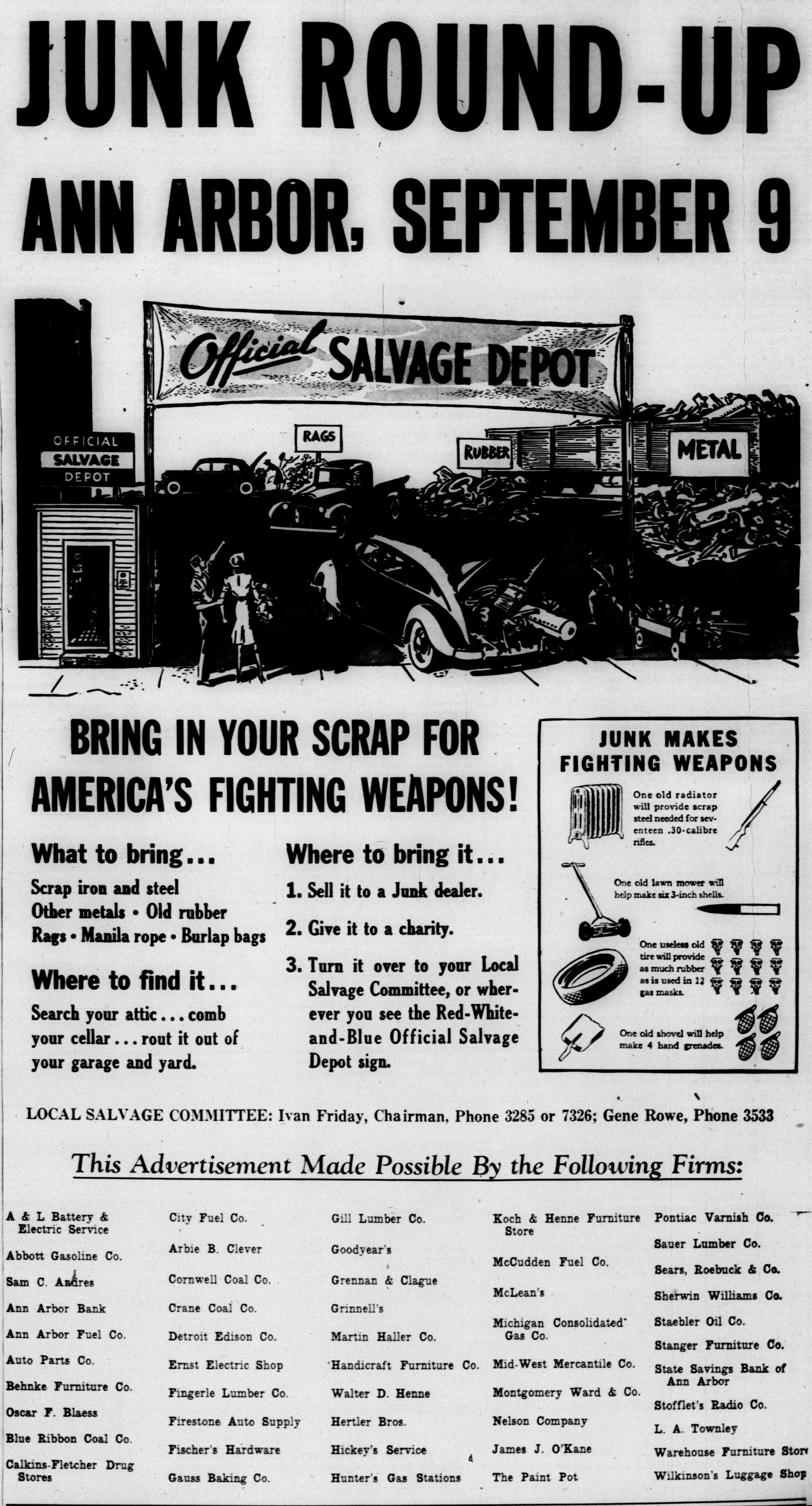