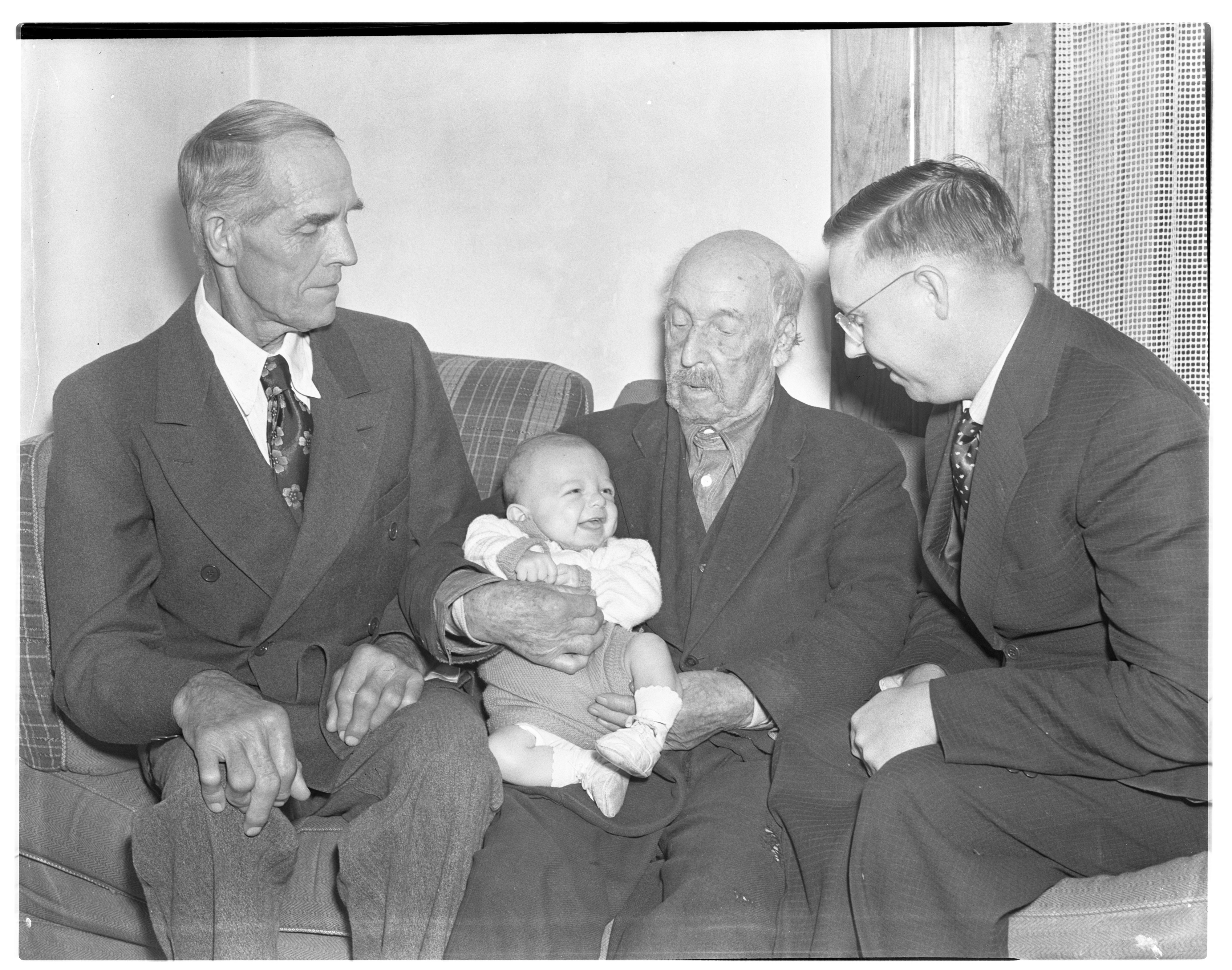 Published In
Ann Arbor News, October 14, 1938
Caption
OLDEST AND YOUNGEST NEARLY CENTURY APART: Four generations are represented in this picture of members of the Daniels family in Saline, and there is a difference of nearly a century in the age of Alfred Daniels (center), who was 98 Sunday, and his great-grandson, Alfred Lauren Daniels, who was three months old Tuesday. Others in the picture are Mr. Daniels' son, Frank Albert Daniels (left), and his grandson, Raymond Emery Daniels, (right).
Copyright
Copyright Protected 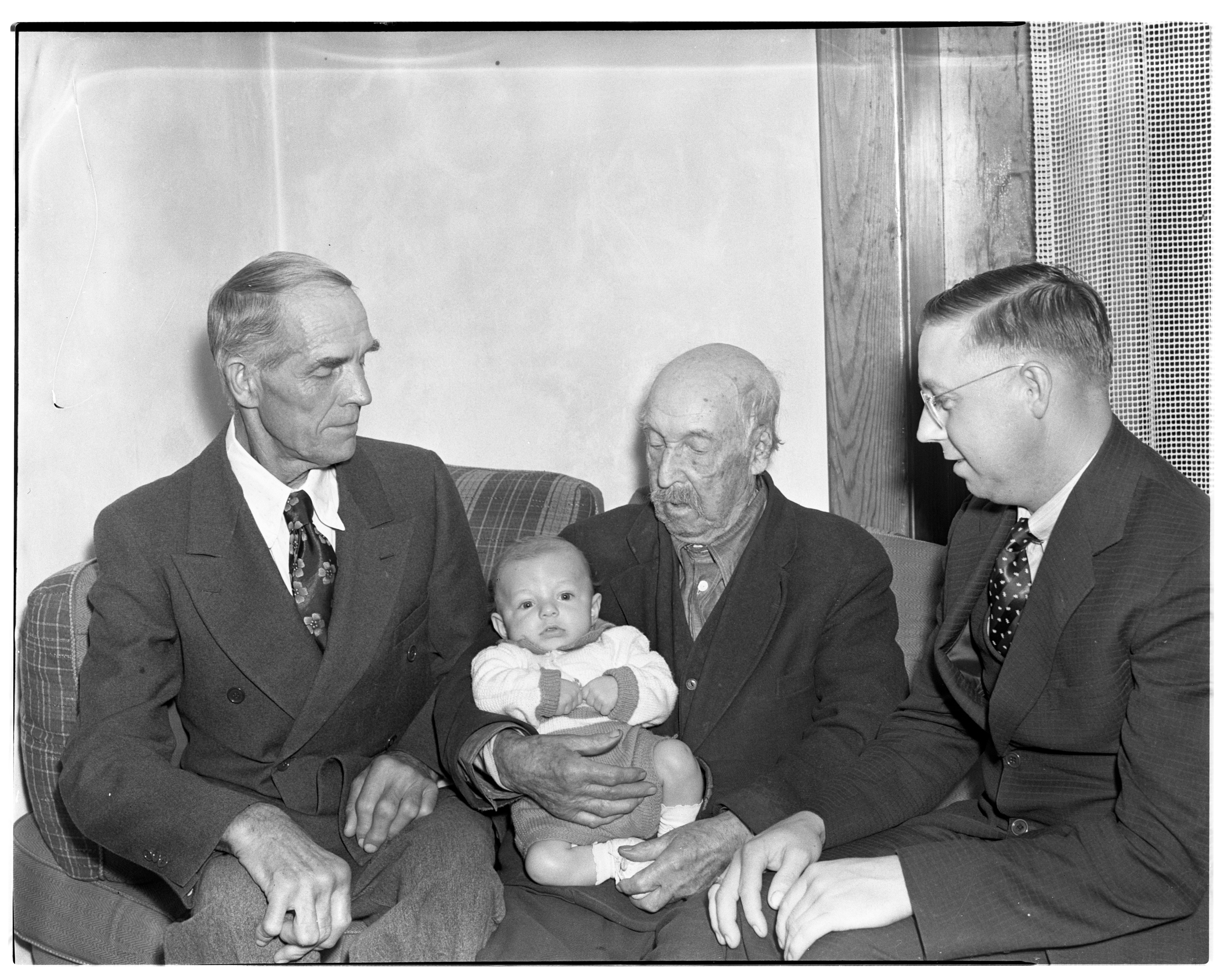 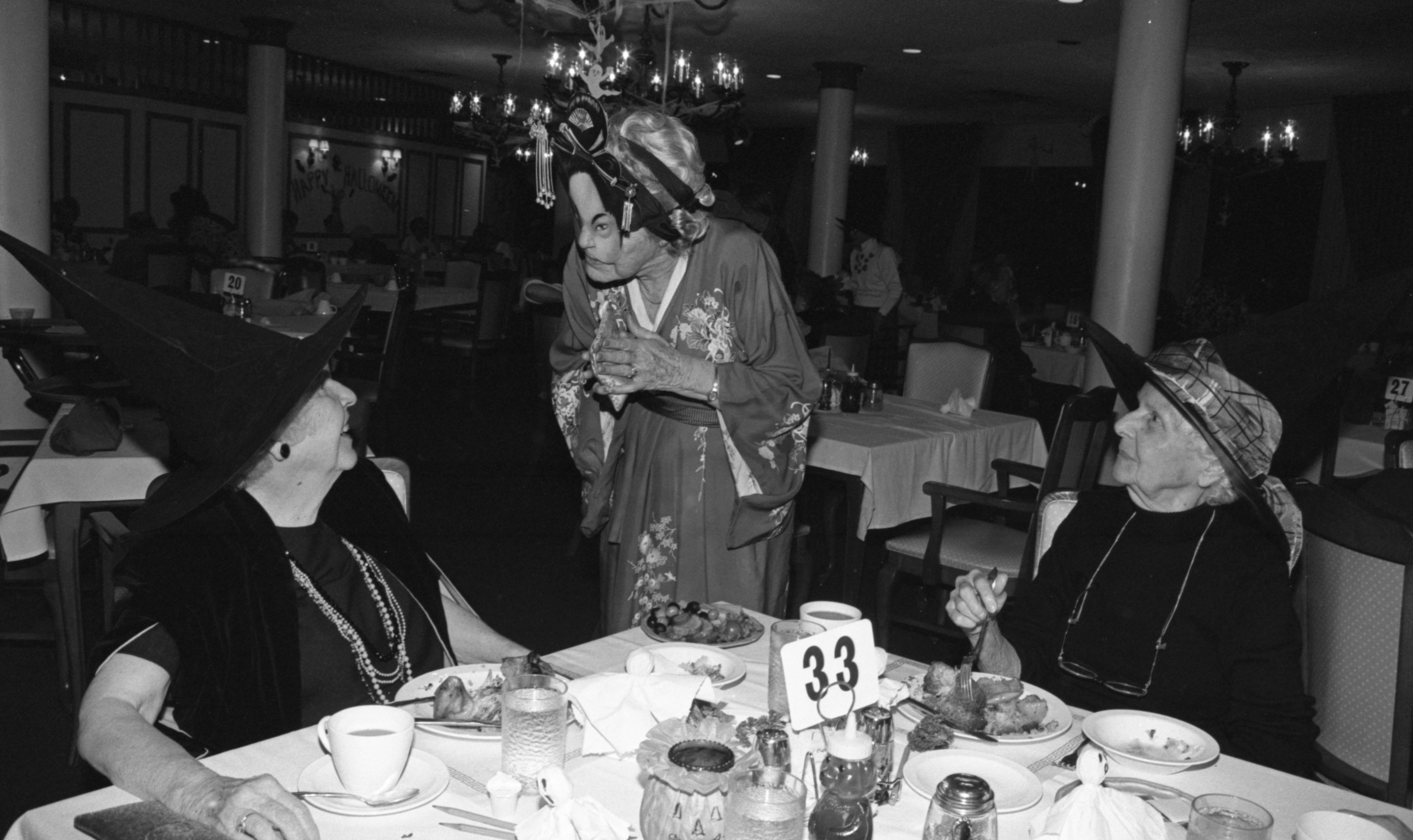 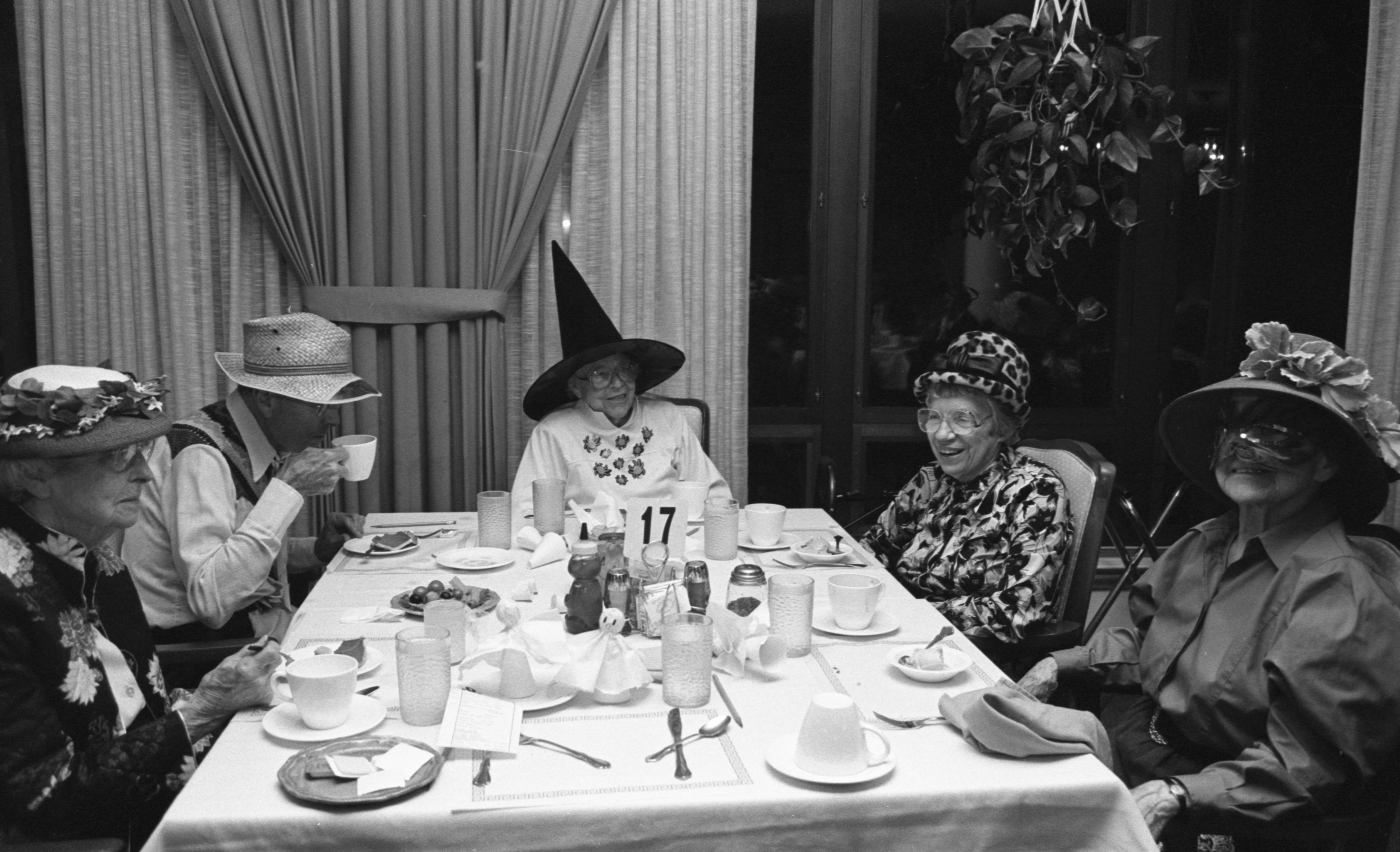 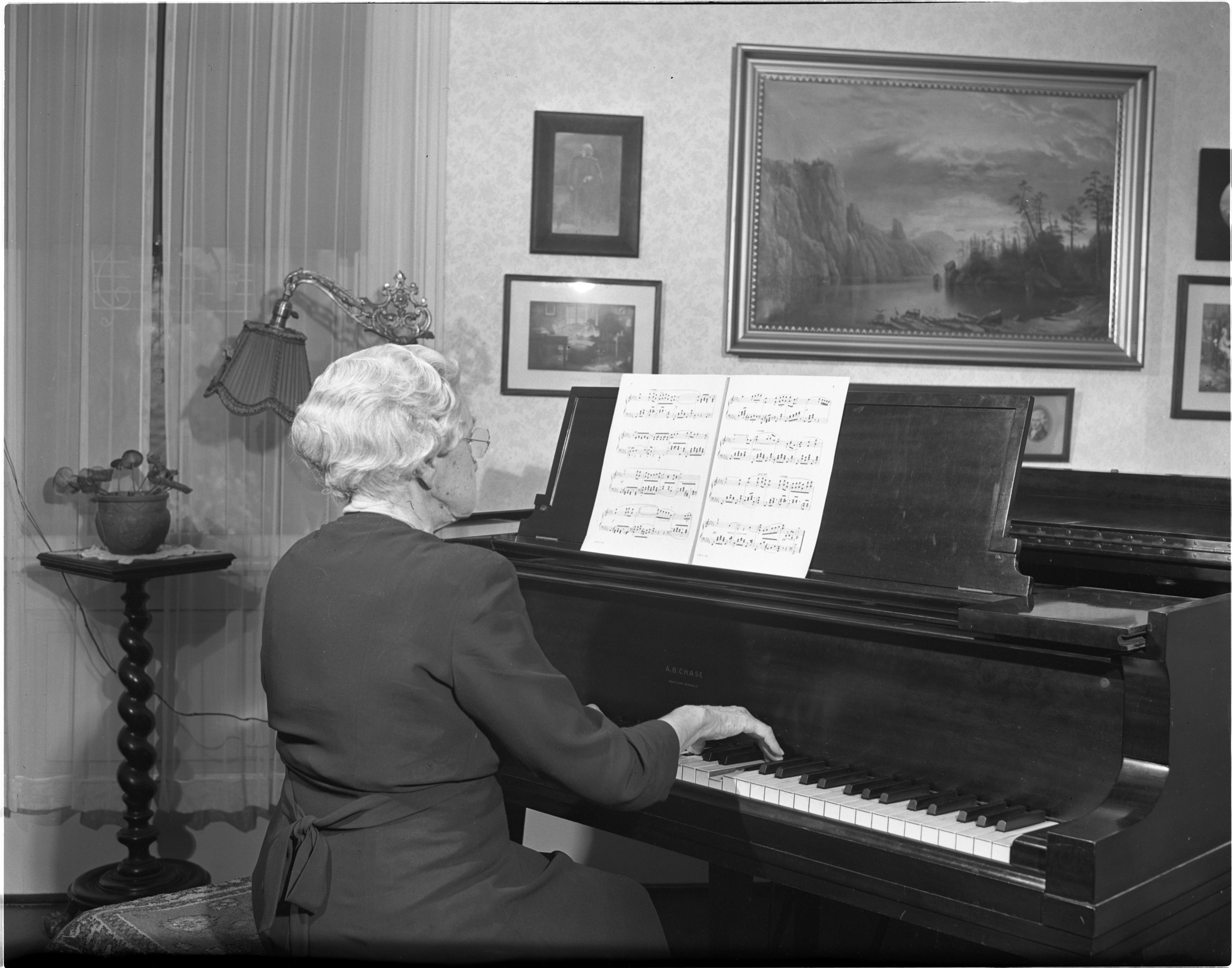 Published In
Ann Arbor News, May 17, 1948
Caption
After teaching more than 1,000 pupils in piano, Miss Vesta Mills, shown at the piano in her Saline home, has retired because of illness after she has taught piano in Saline for 54 years.
Copyright
Copyright Protected 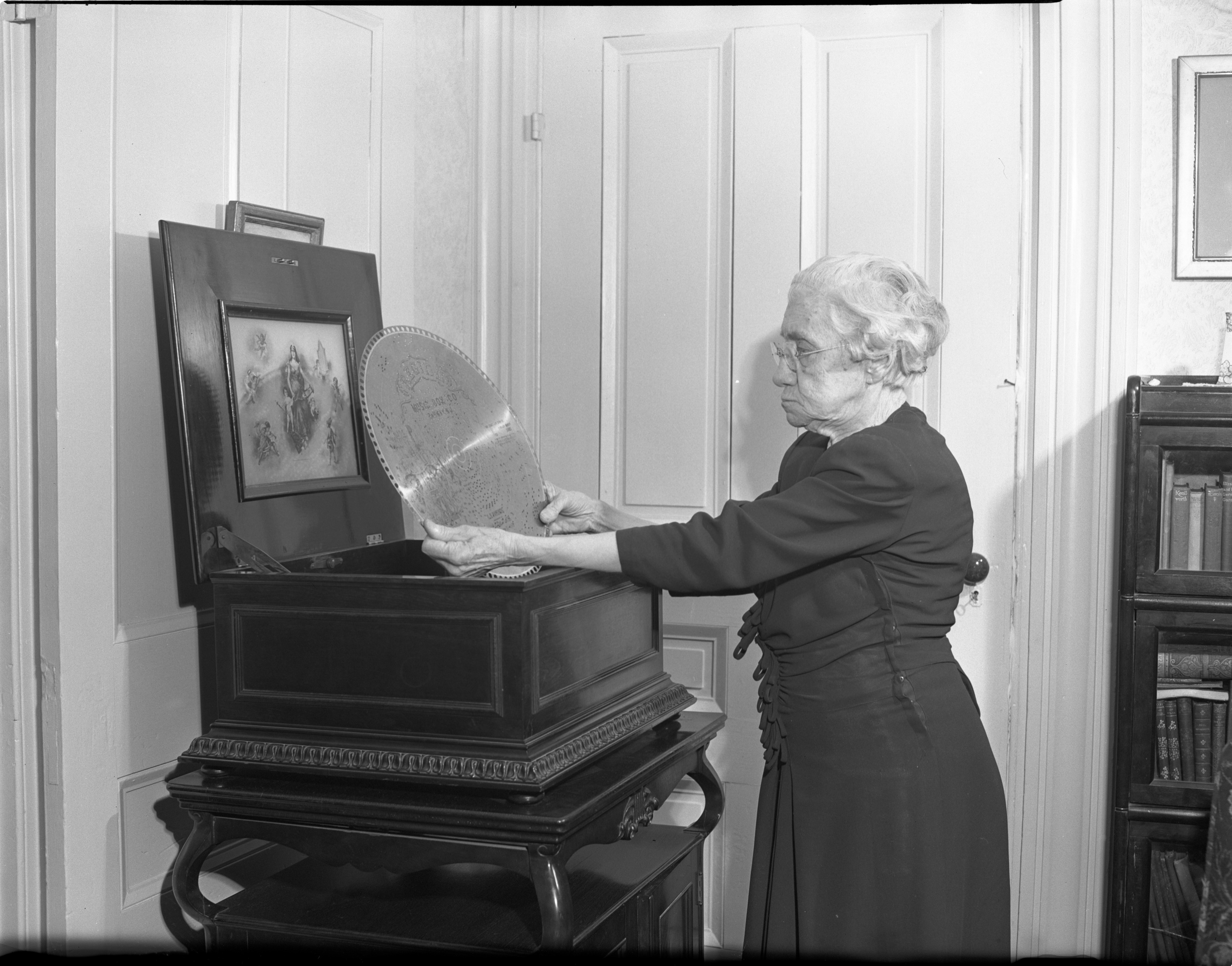 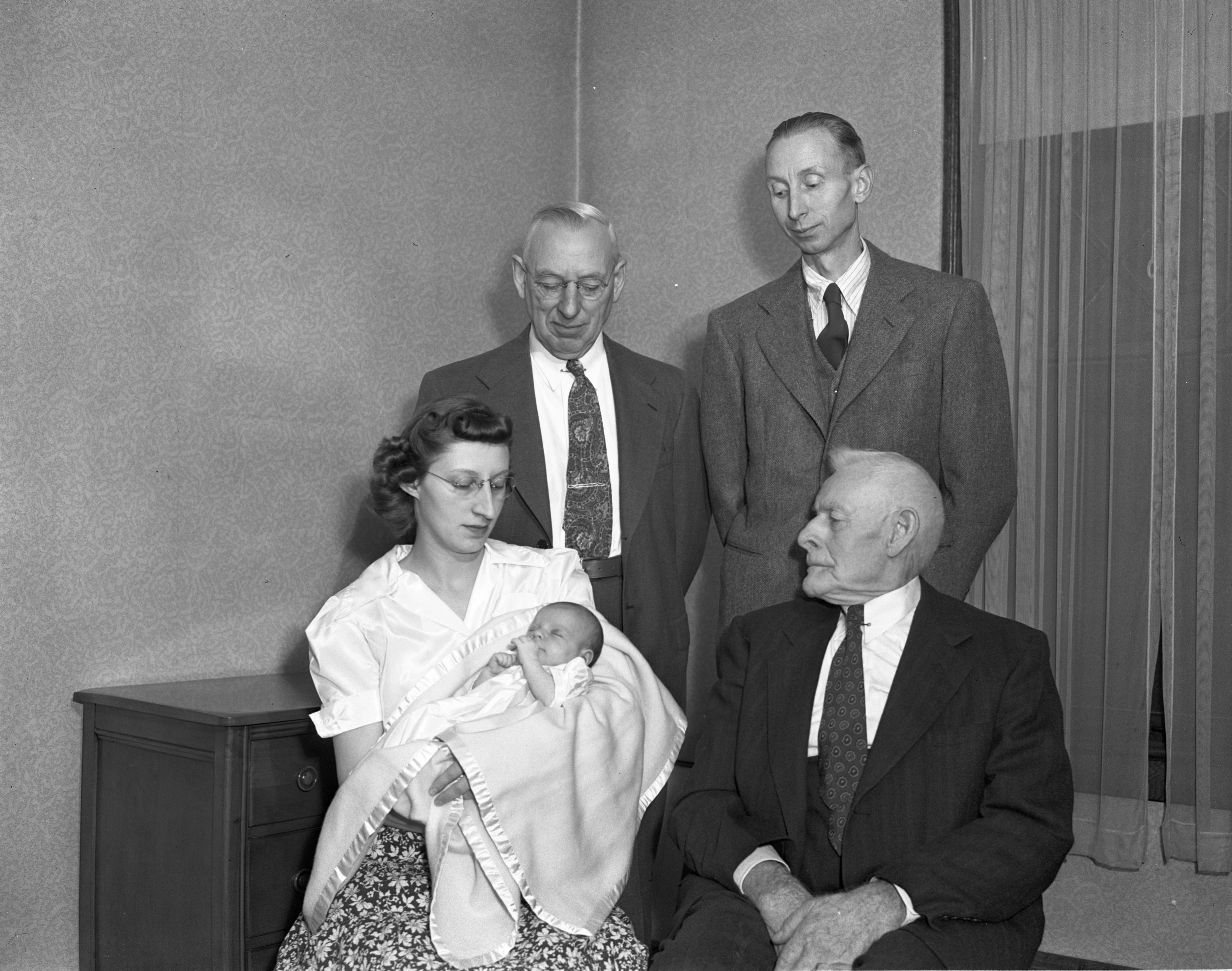 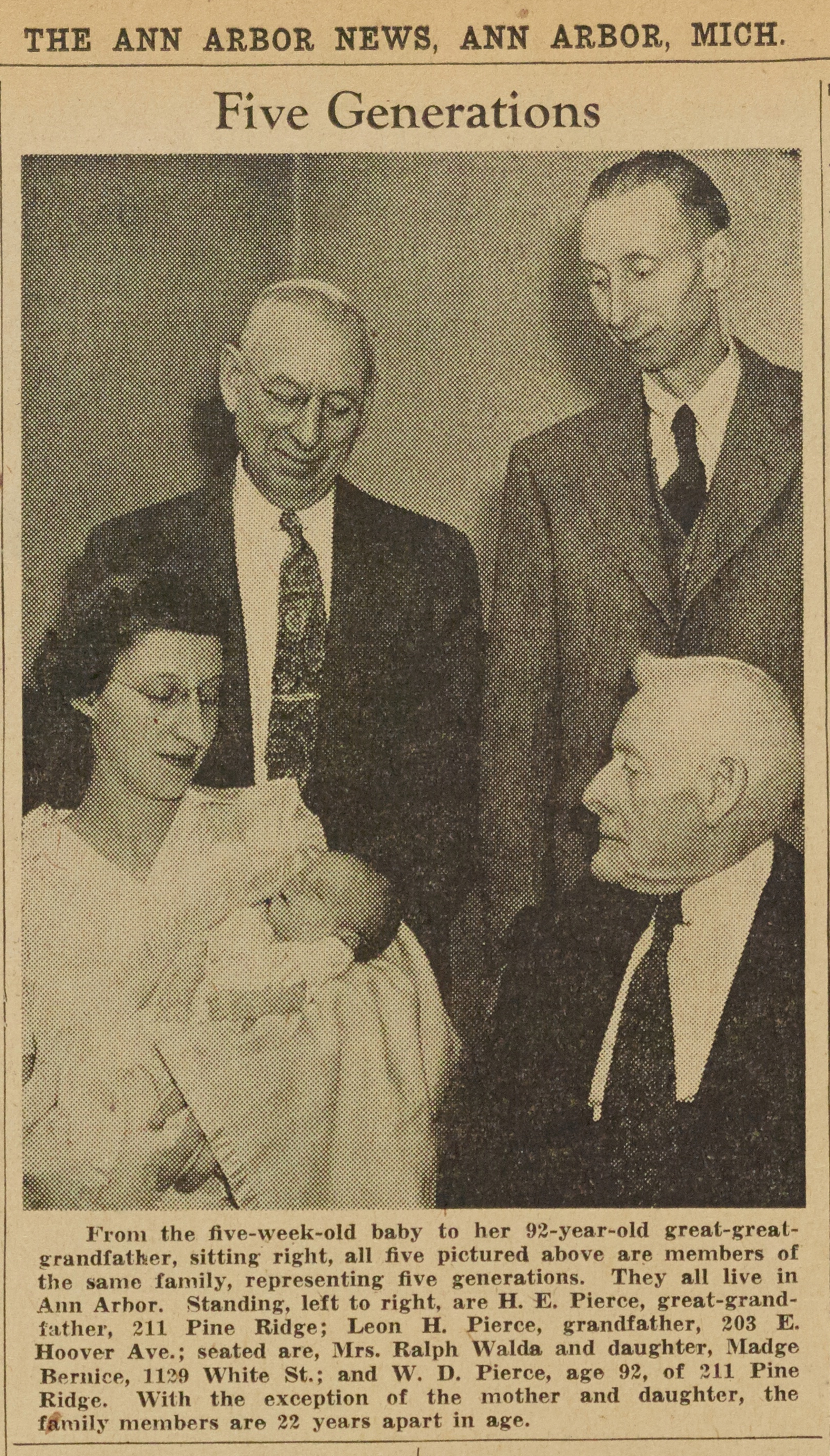 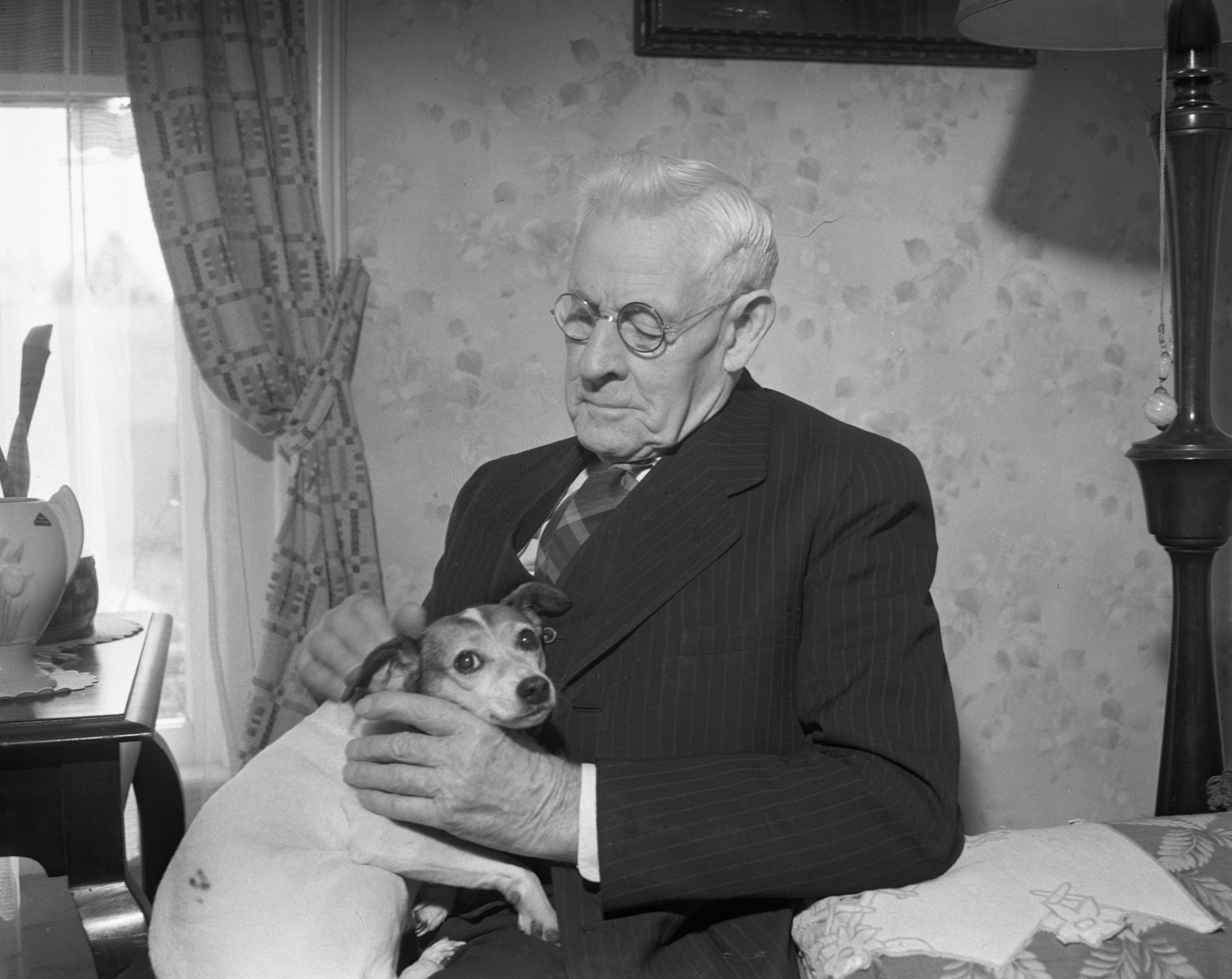 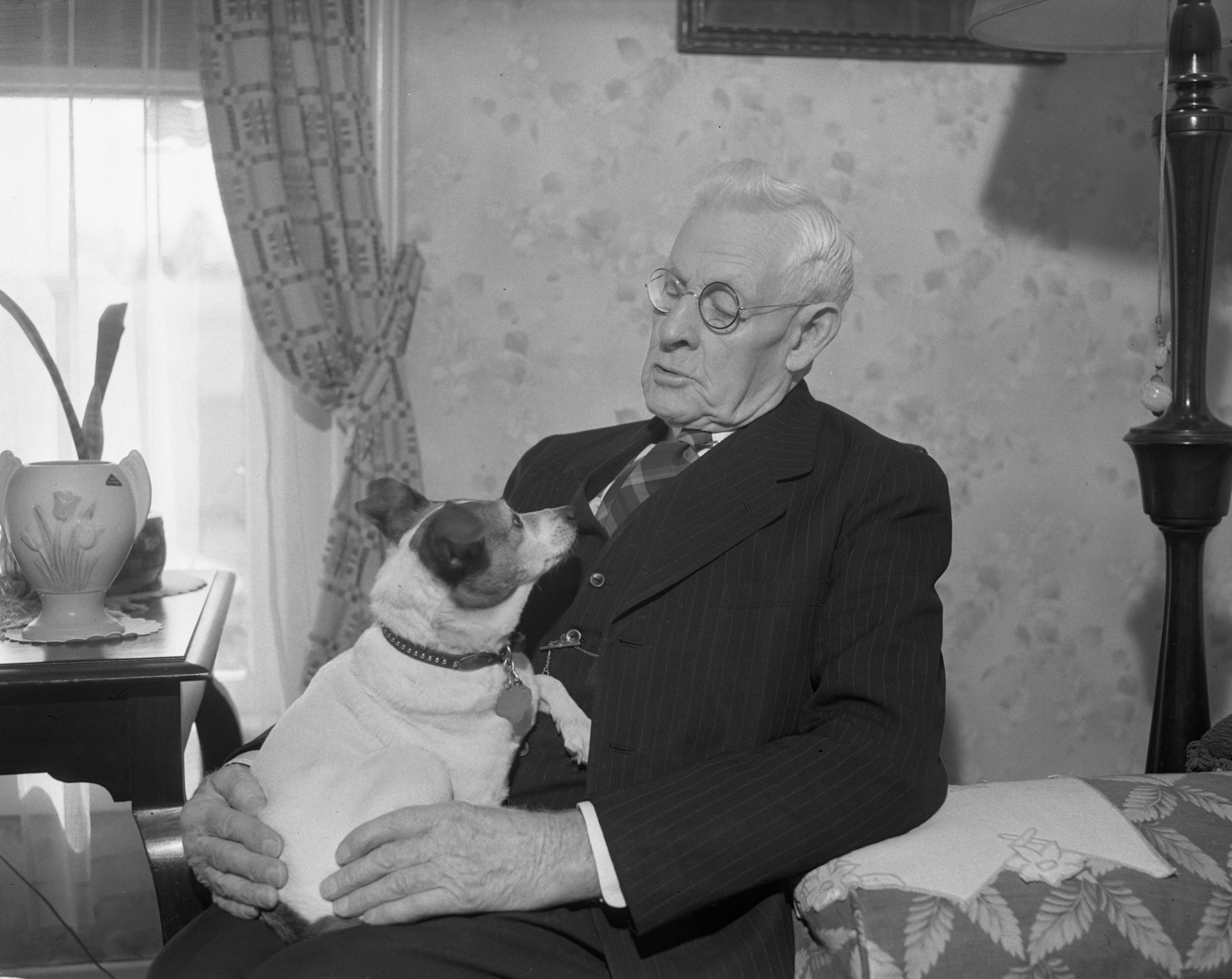 Published In
Ann Arbor News, April 26, 1941
Caption
WILL BE 90 YEARS OLD NEXT WEDNESDAY: William D. Pierce, Pine Ridge Rd., will be the honor guest at a birthday anniversary dinner tomorrow, at the home of his son, Hoyt E. Pierce, with whom he lives. Mr. Pierce, shown here with Toot, the family dog, leads an active life and is in good health.
Copyright
Copyright Protected
Subscribe to Senior Citizens