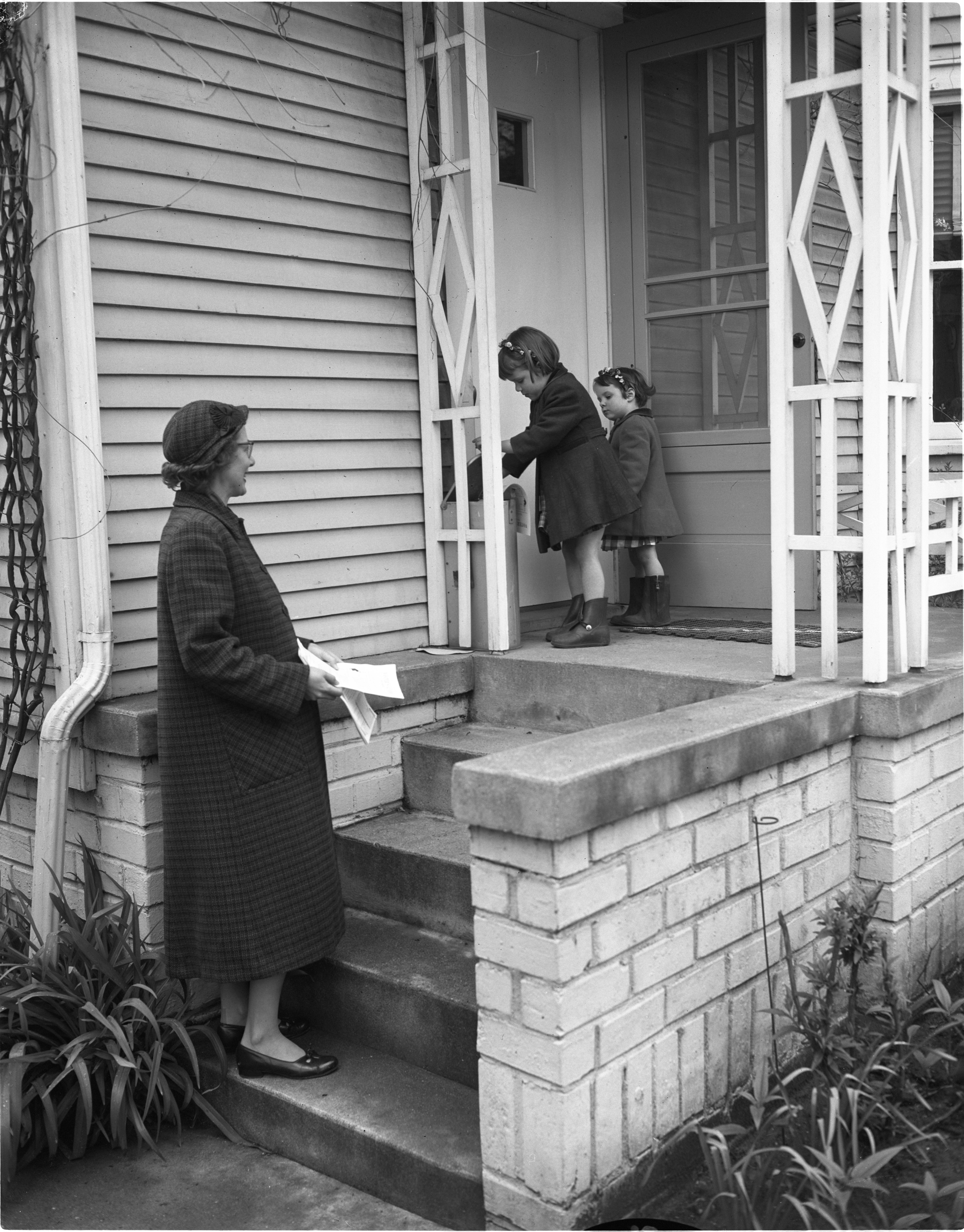 Published In
Ann Arbor News, May 19, 1956
Caption
YOUNG LEAGUE HELPERS: Mrs. John T. Pitkin, one of the League of Women Voters members participating in a door-to-door distribution of League voters' guides prior to the special election next Tuesday, receives a helping hand from her two young daughters. They are Sally, 3, (right) and Anne, 4. Major issue in the election is whether to authorize a $2,600,000 general obligation bond issue to finance construction of a civic recreation center at Veterans Memorial Park. The proposal has produced much controversy.
Copyright
Copyright Protected

How Recreation Center Would Be Financed Told