Visitors From The Skies 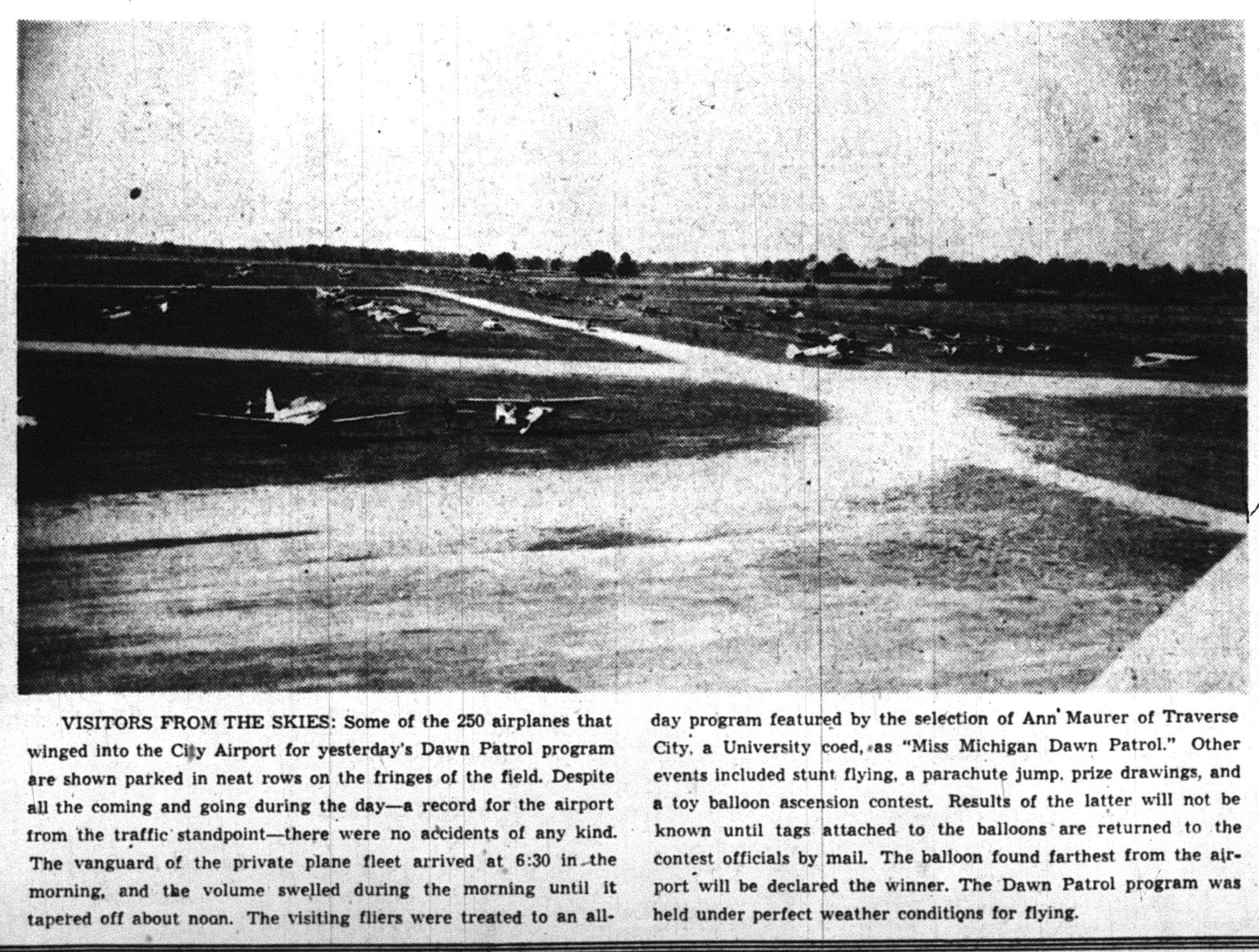 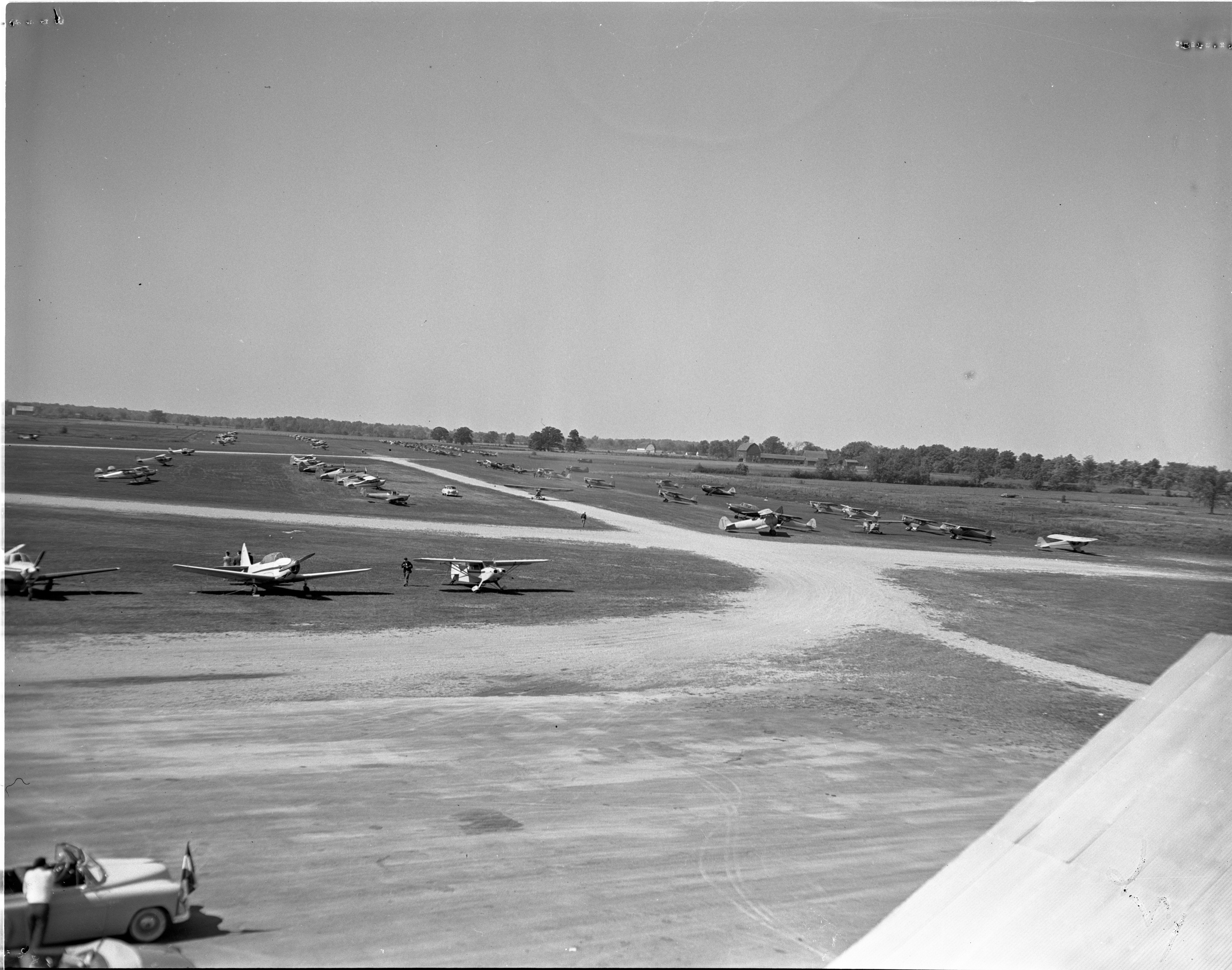 Published In
Ann Arbor News, September 26, 1949
Caption
VISITORS FROM THE SKIES: Some of the 250 airplanes that winged into the City Airport for yesterday's Dawn Patrol program are shown parked in neat rows on the fringes of the field. Despite all the coming and going during the day - a record for the airport from the traffic standpoint - there were no accidents of any kind. The vanguard of the private plane fleet arrived at 6:30 in the morning, and the volume swelled during the morning until it tapered off about noon. The visiting fliers were treated to an all-day program featured by the selection of Ann Maurer of Traverse City, a University coed, as "Miss Michigan Dawn Patrol." Other events included stunt flying, a parachute jump, prize drawings, and a toy balloon ascension contest. Results of the latter will not be known until tags attached to the balloons are returned to the contest officials by mail. The balloon found farthest from the airport will be declared the winner. The Dawn Patrol program was held under perfect weather conditions for flying.
Copyright
Copyright Protected 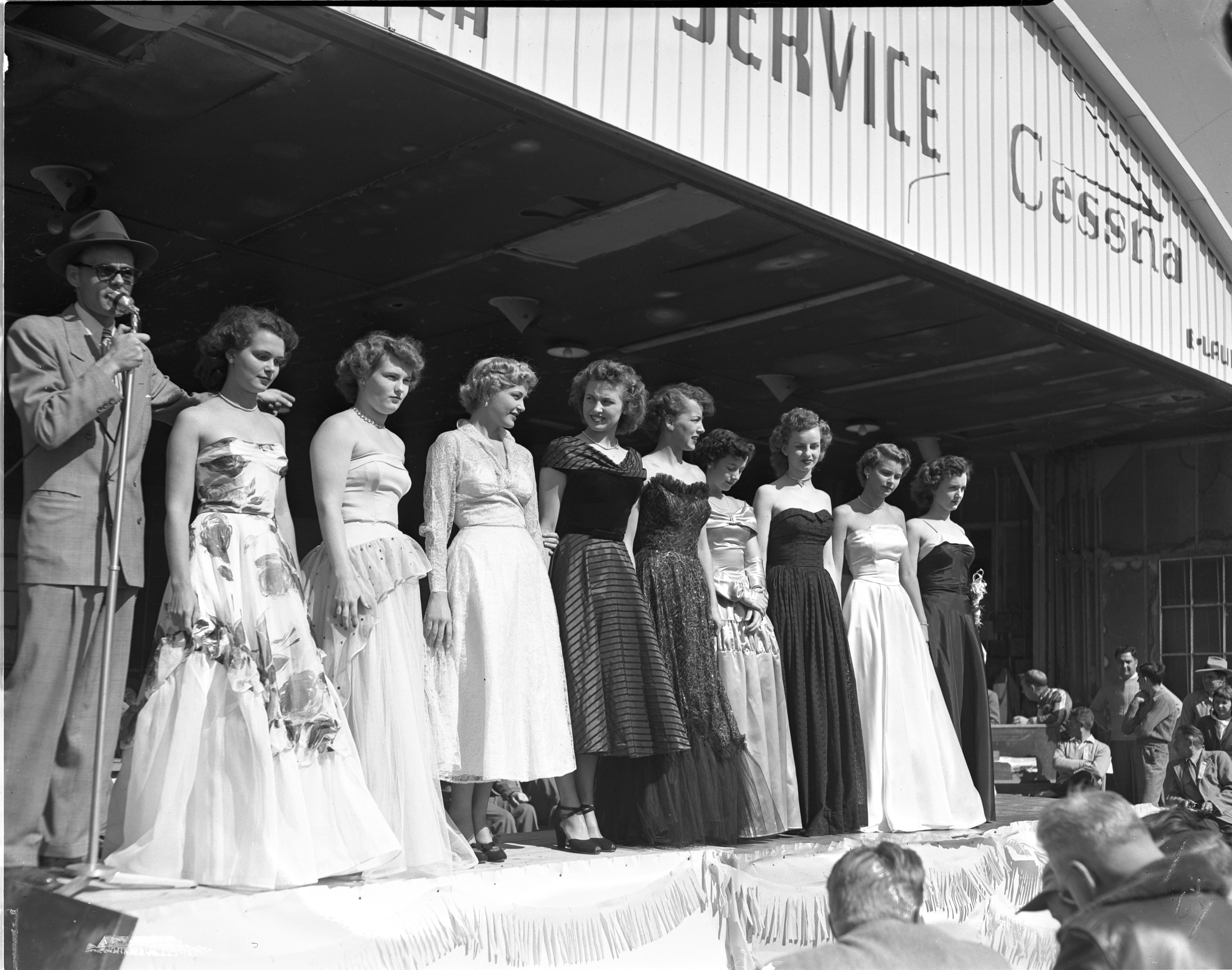 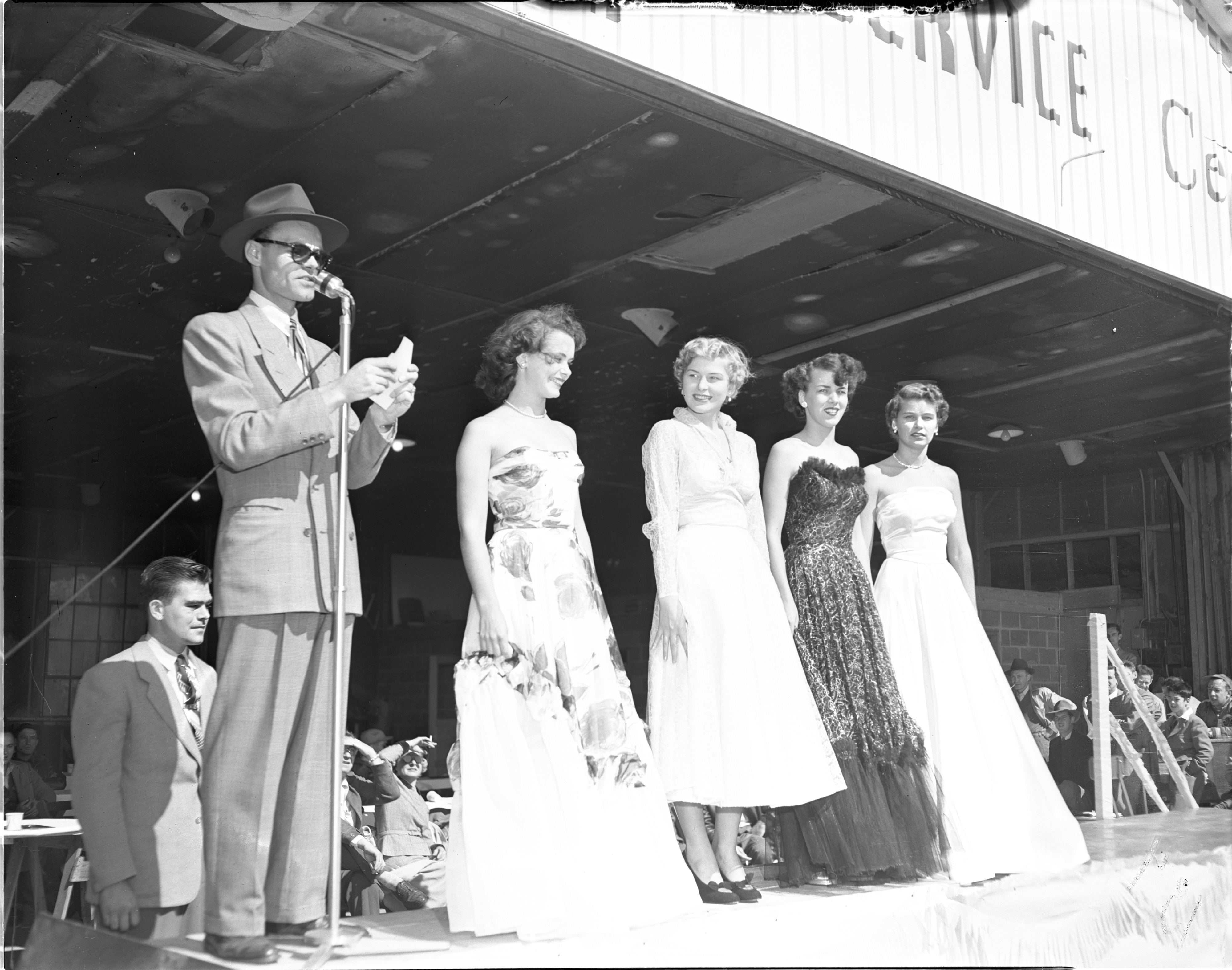 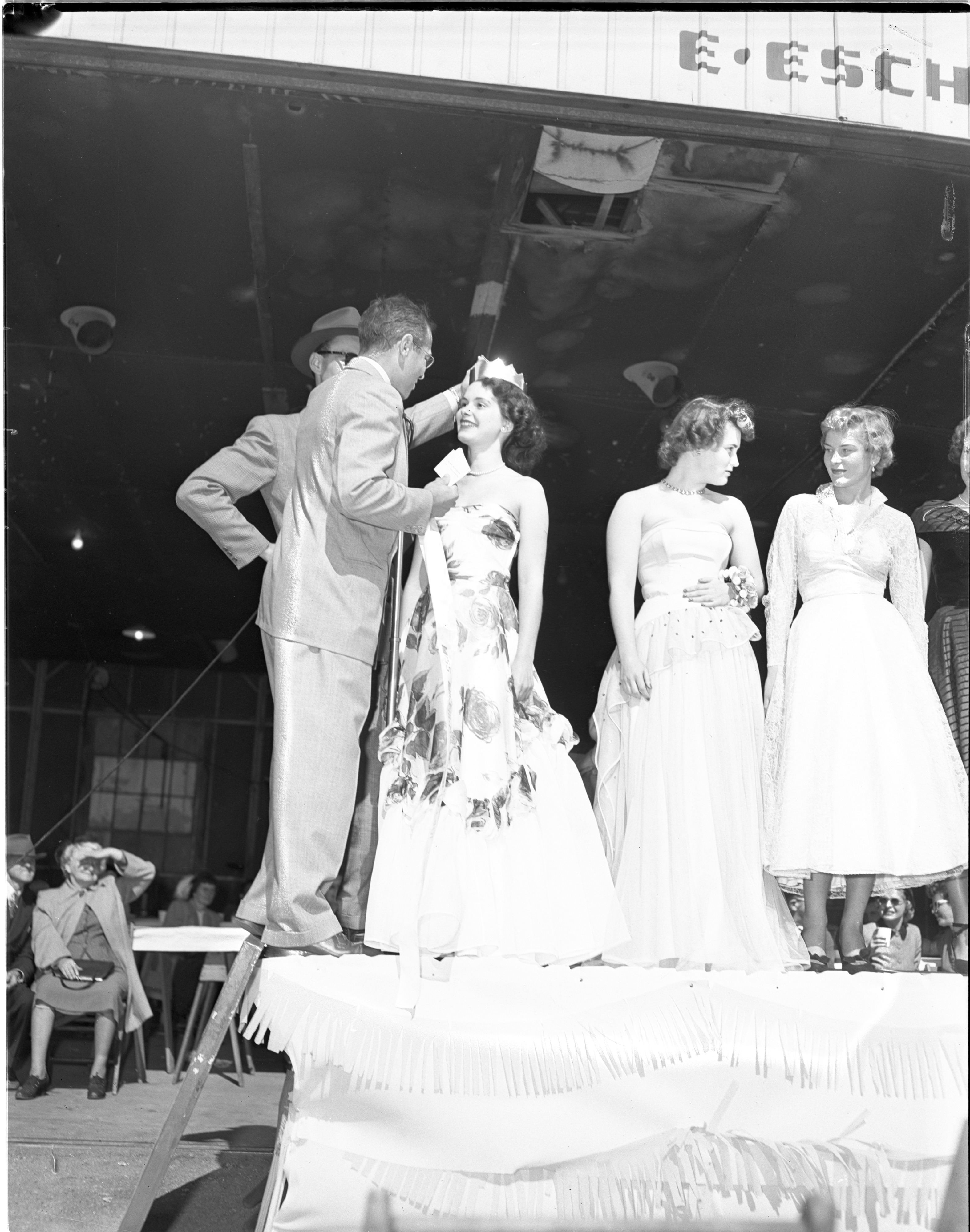 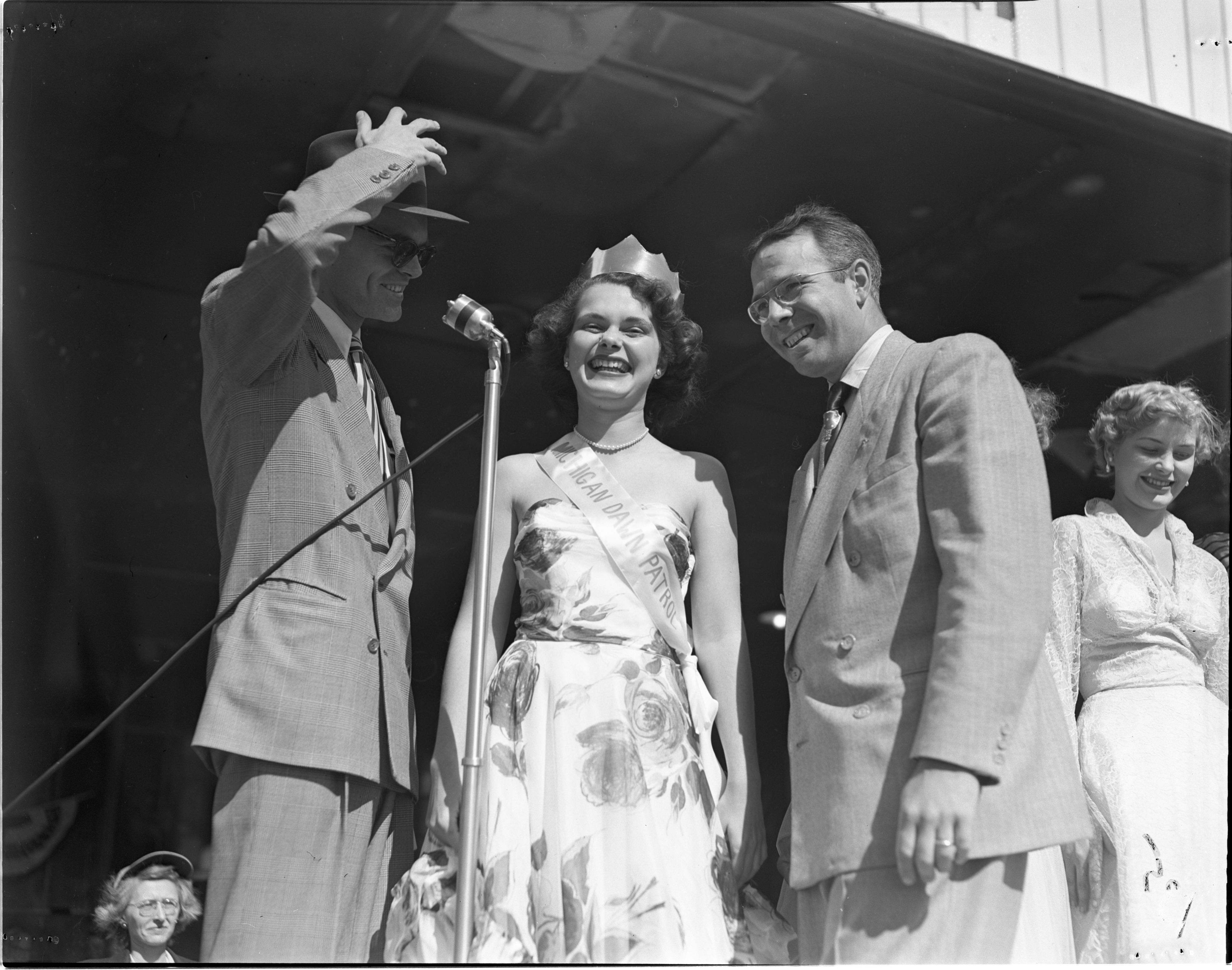 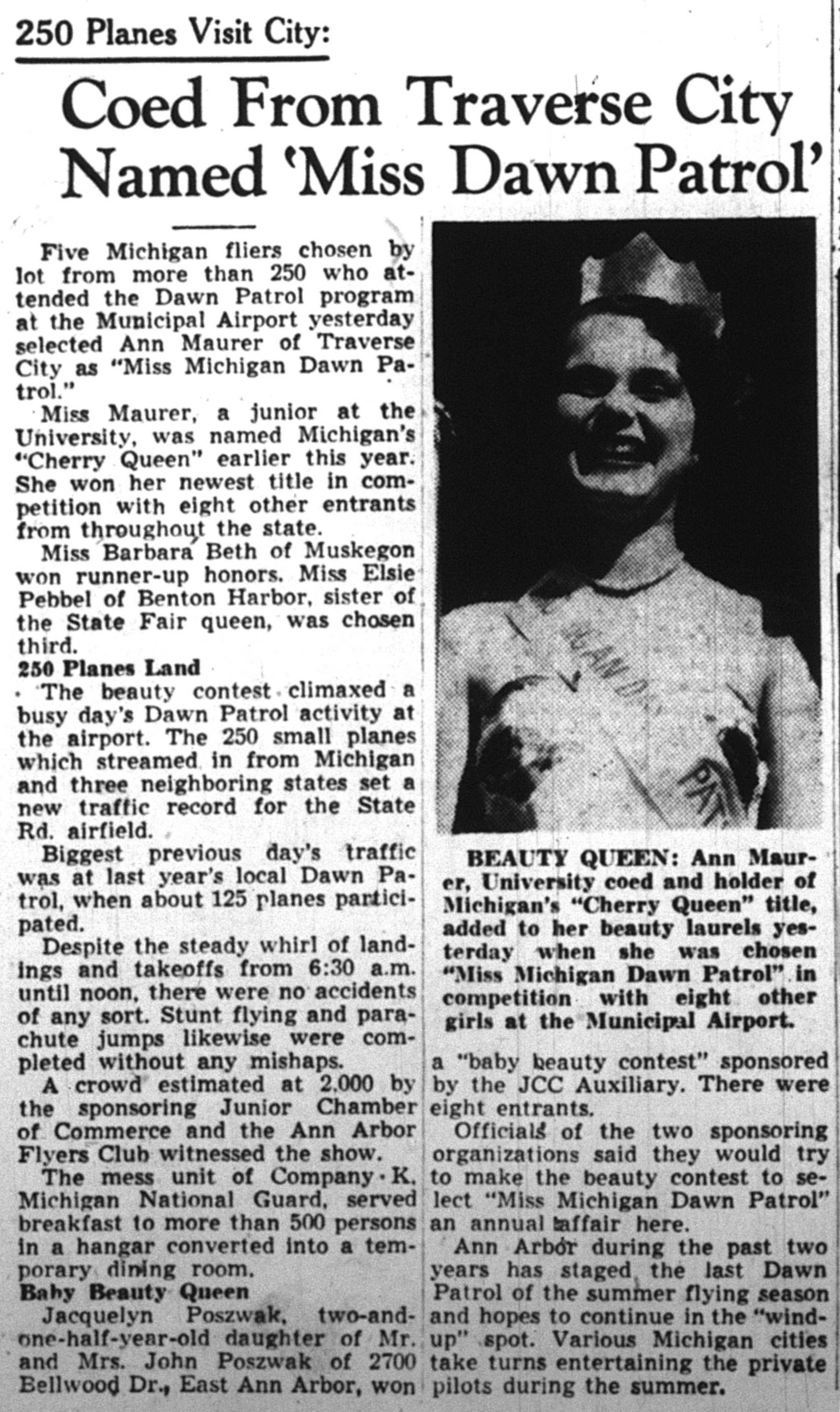 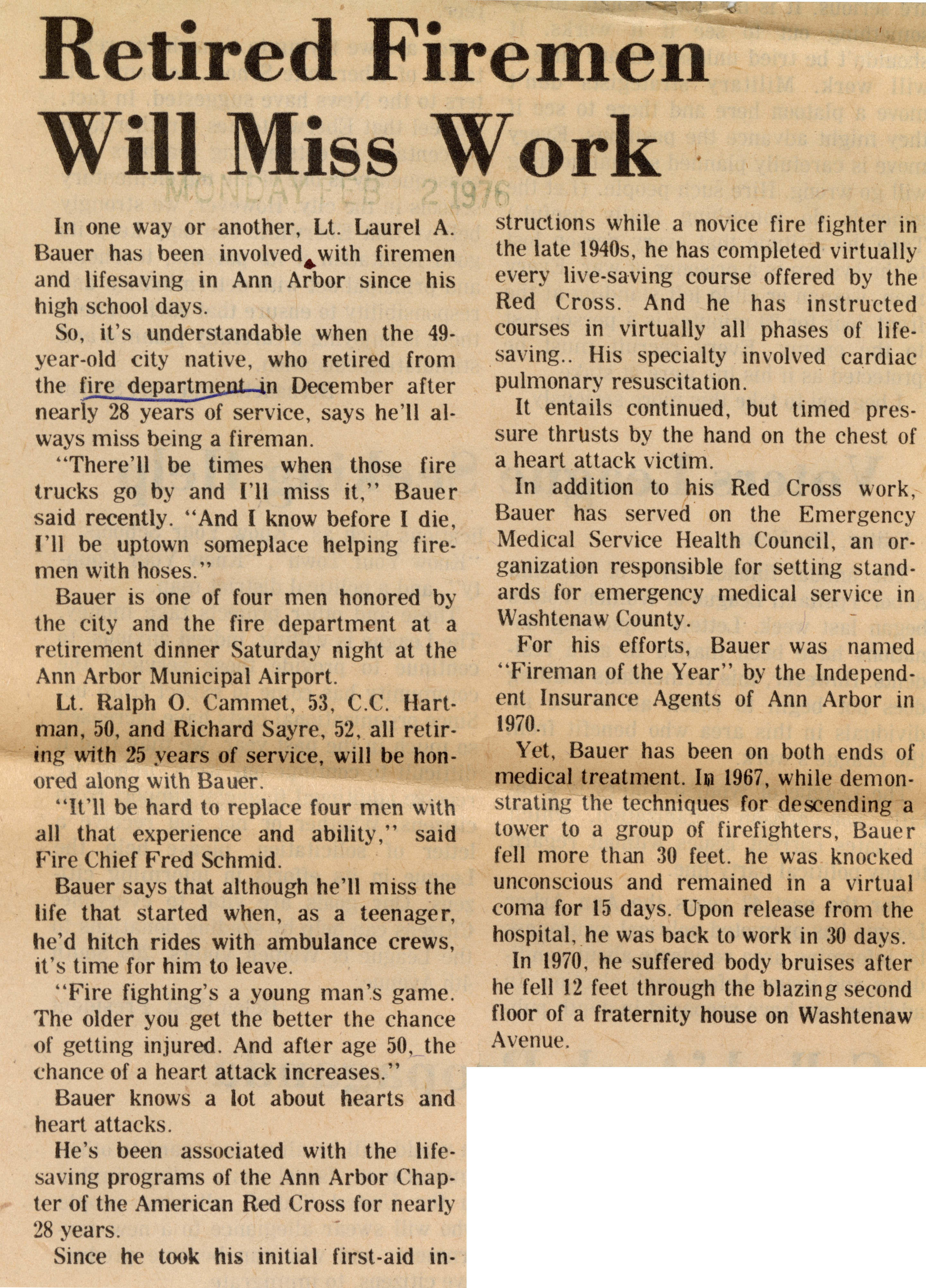 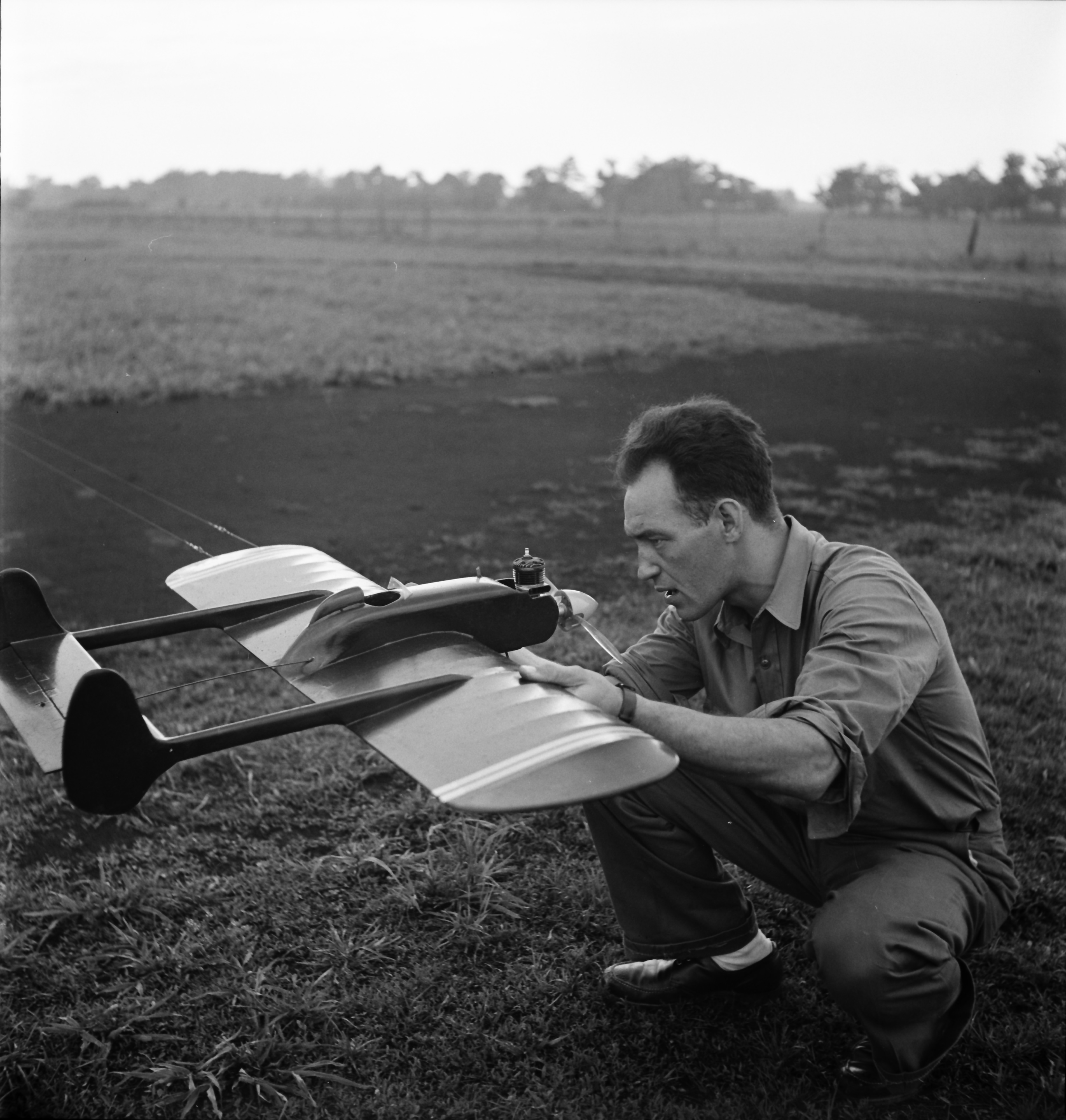