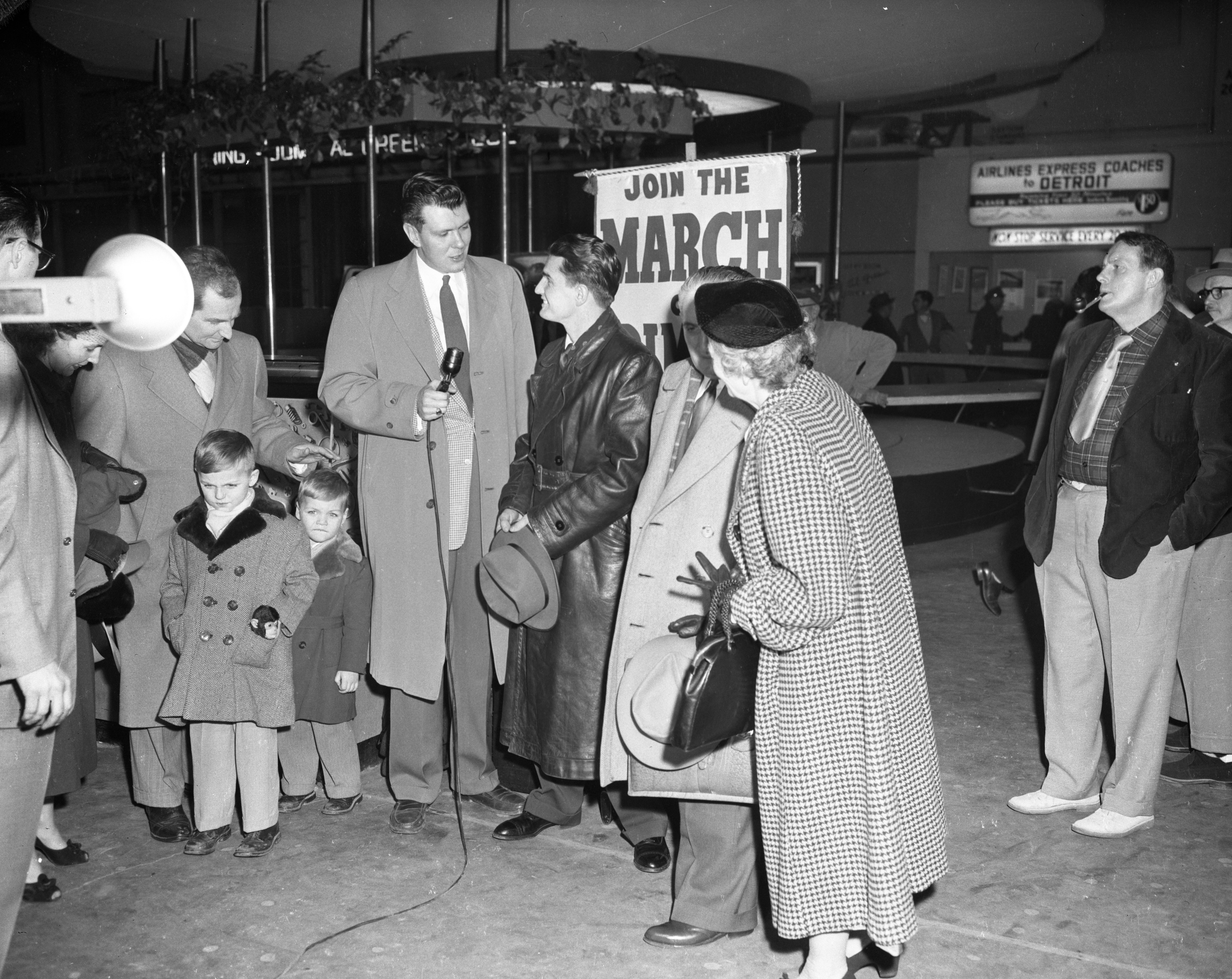 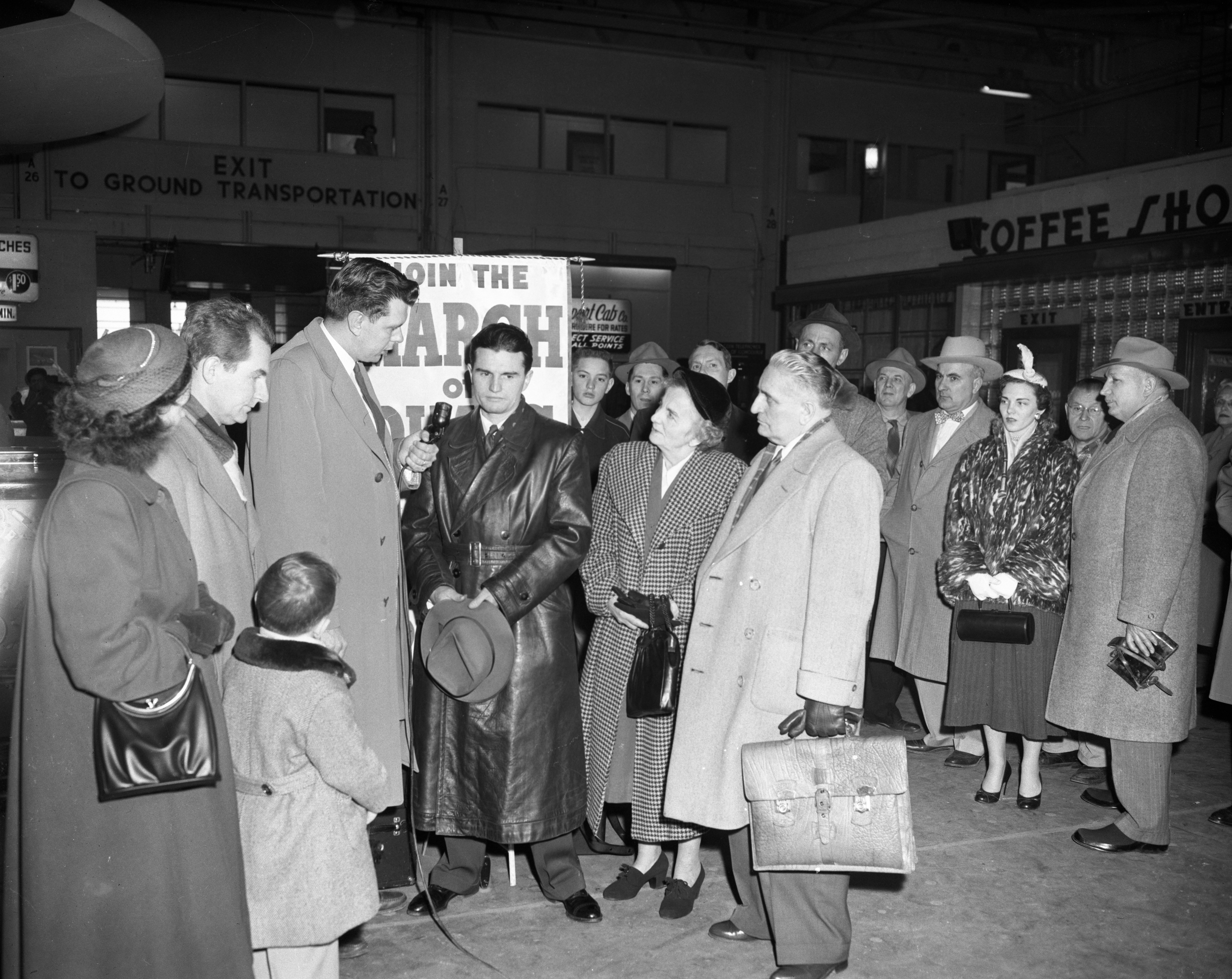 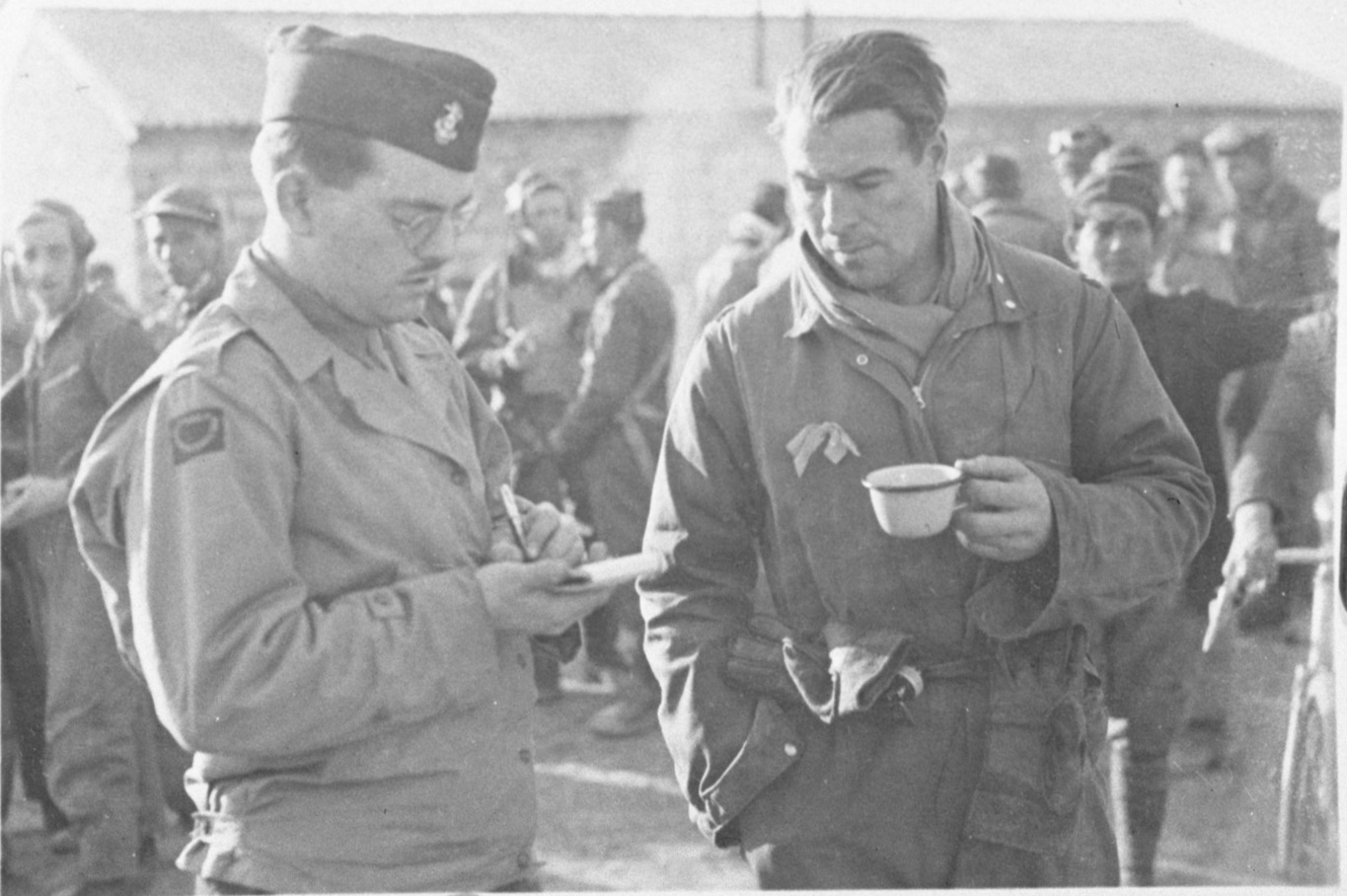 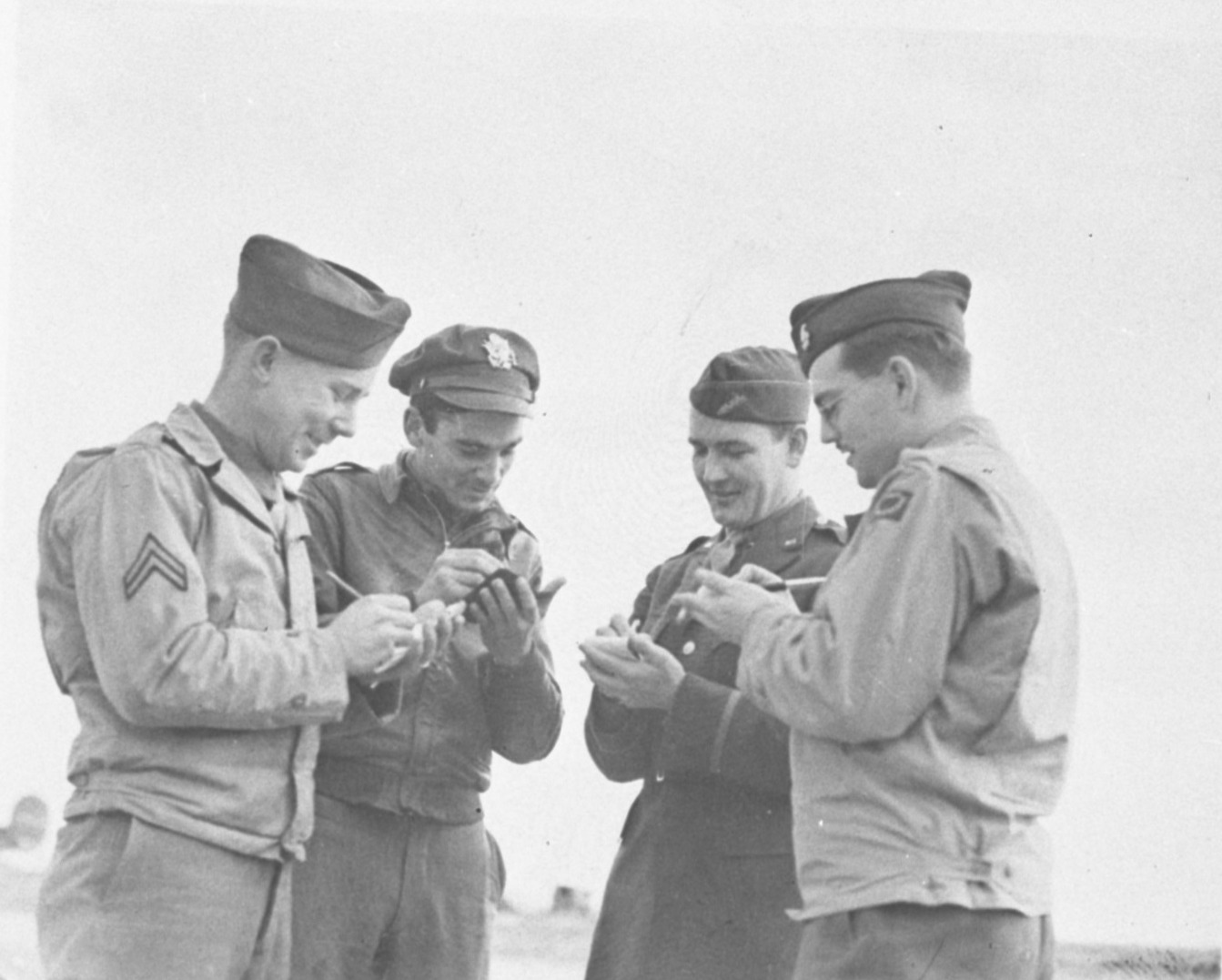 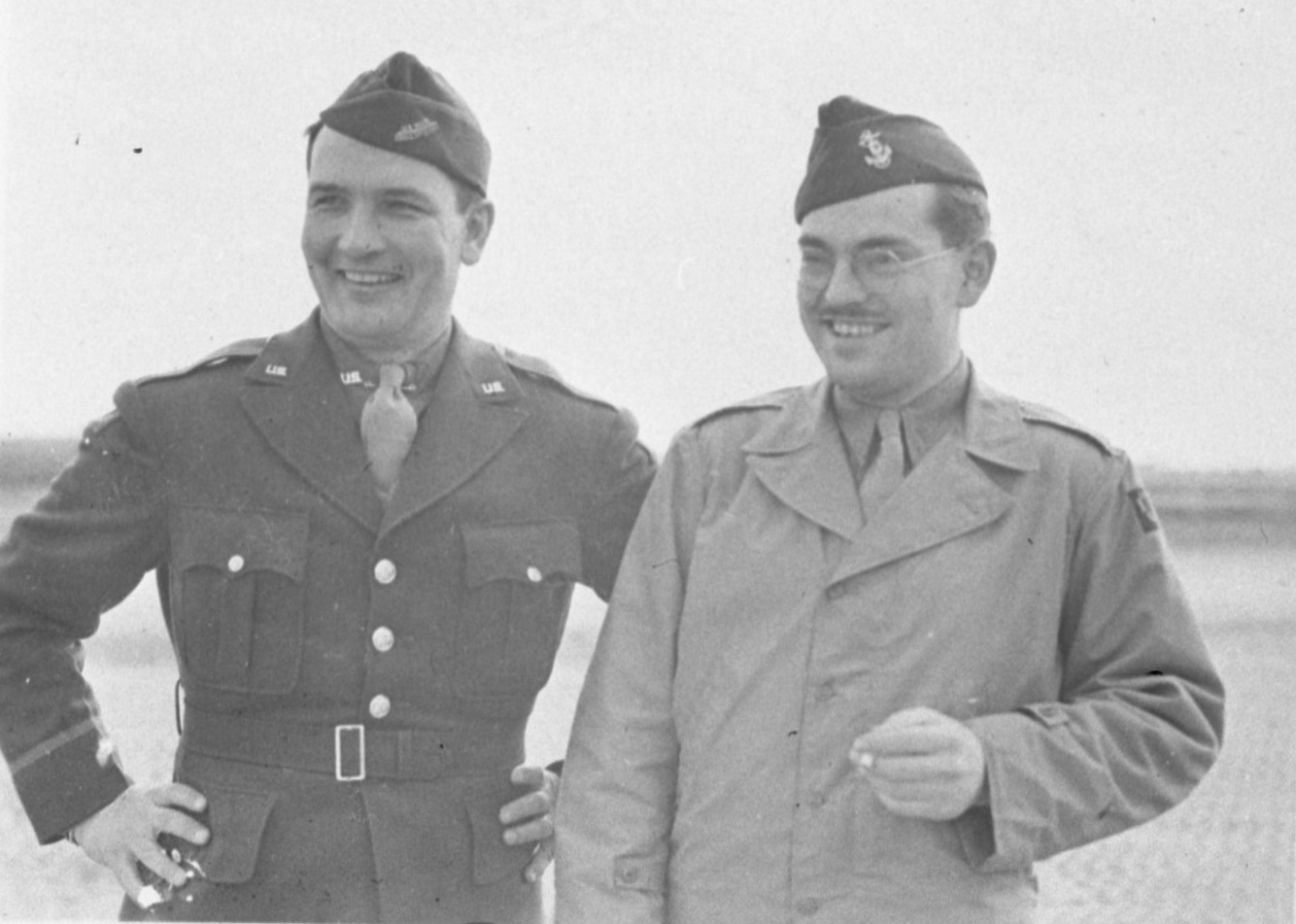 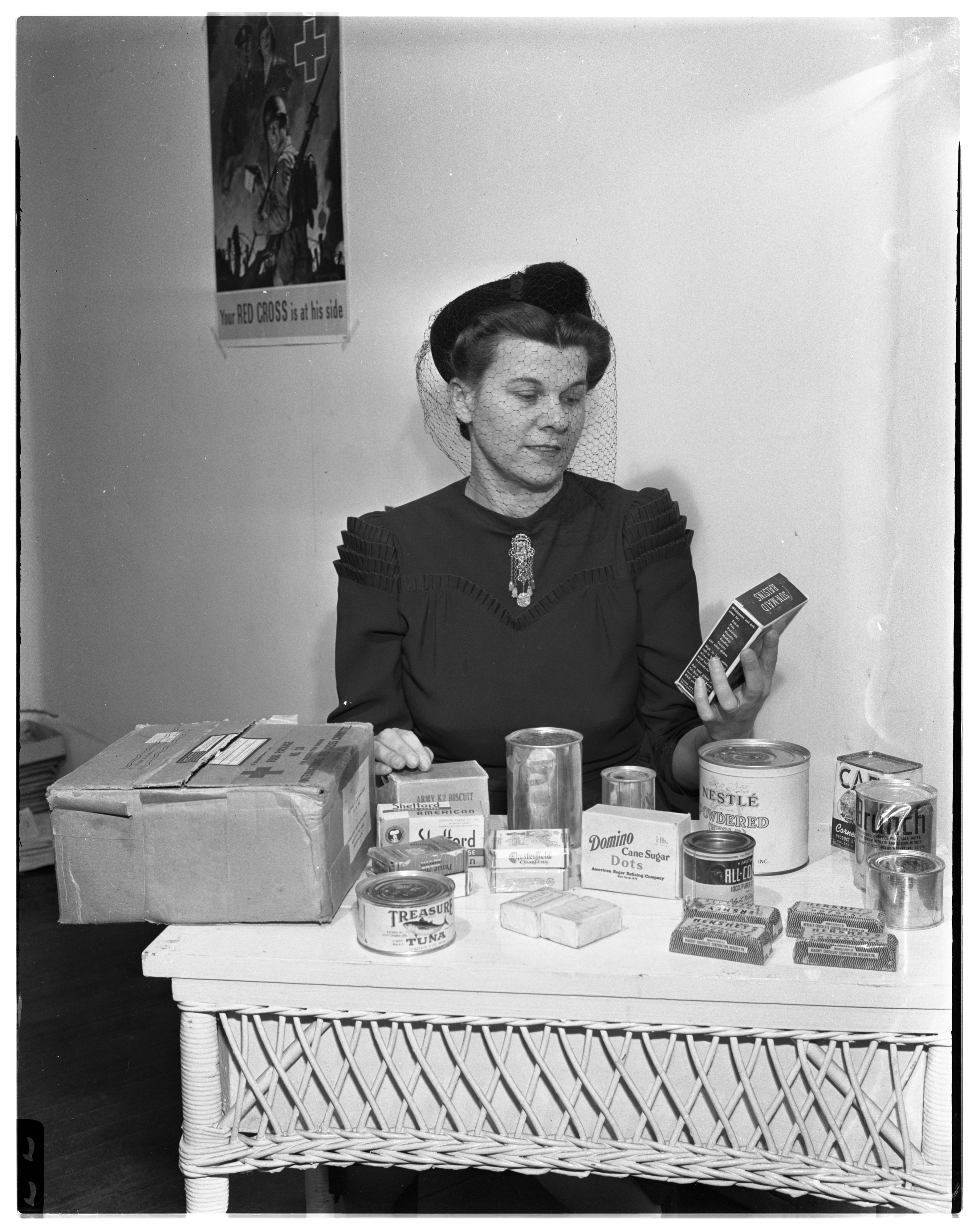 Published In
Ann Arbor News, March 1, 1944
Caption
Mrs. Dwight Dumond, whose son Jack has been a prisoner of war in Germany for the past year and a half, is inspecting one of the Red Cross packages sent weekly to prisoners of war. The box contains a package of Army K-2 biscuits, a box of processed American cheese, four packages of cigarets, one pound of oleomargarine, 12 ounces of corned beef, one pound of powdered whole milk, 12 ounces of canned meat, a can of tuna fish, six ounces of a meat and cereal mixture, two ounces of instant coffee, sic ounces of peach preserves, a box of loaf sugar, a box of seeded raisins, four chocolate bars and two bars of toilet soap. The boxes sent overseas may vary occasionally, but the food value is always maintained.
Copyright
Copyright Protected 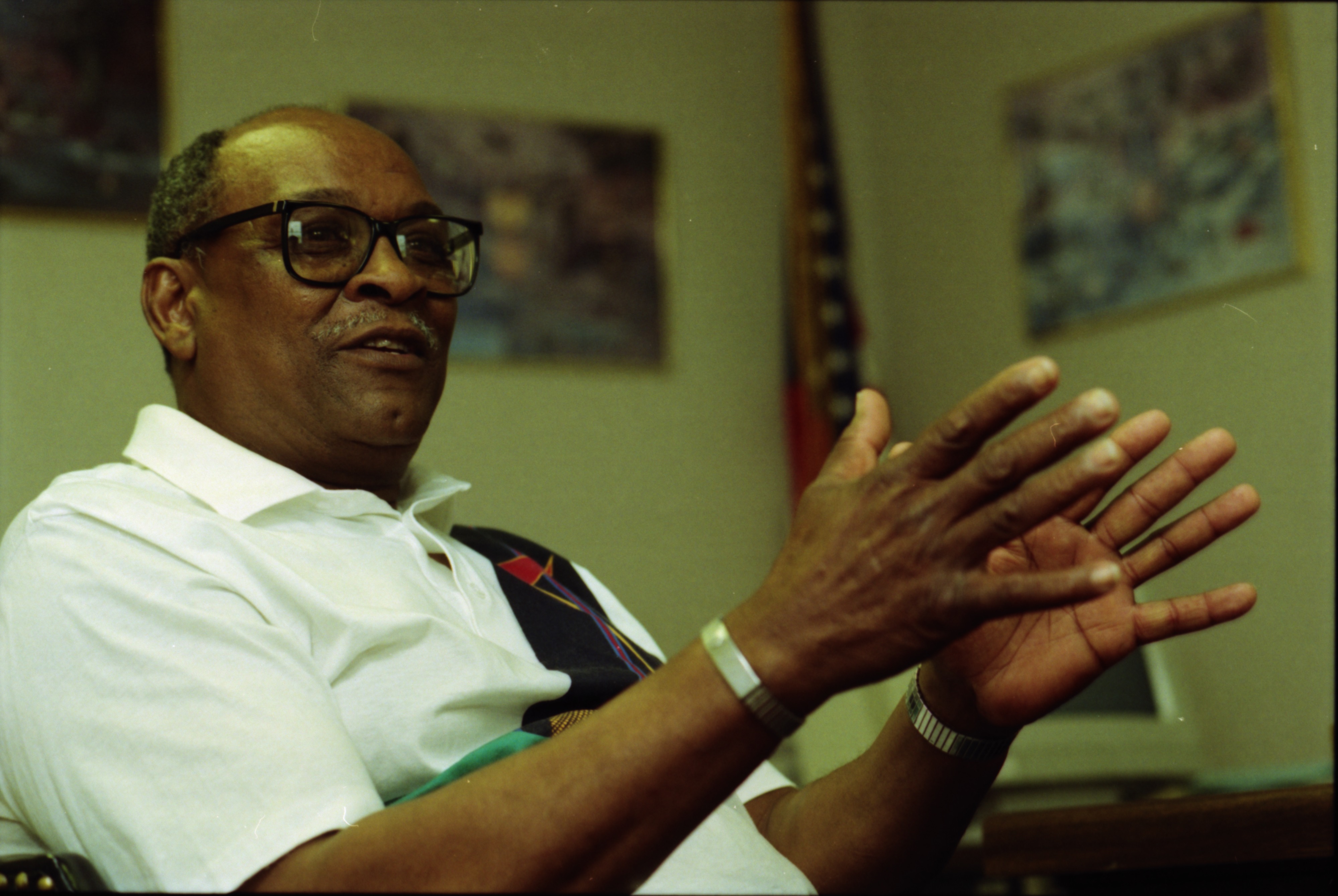 Close Up of Ex-POW Robert Fletcher, May 1994 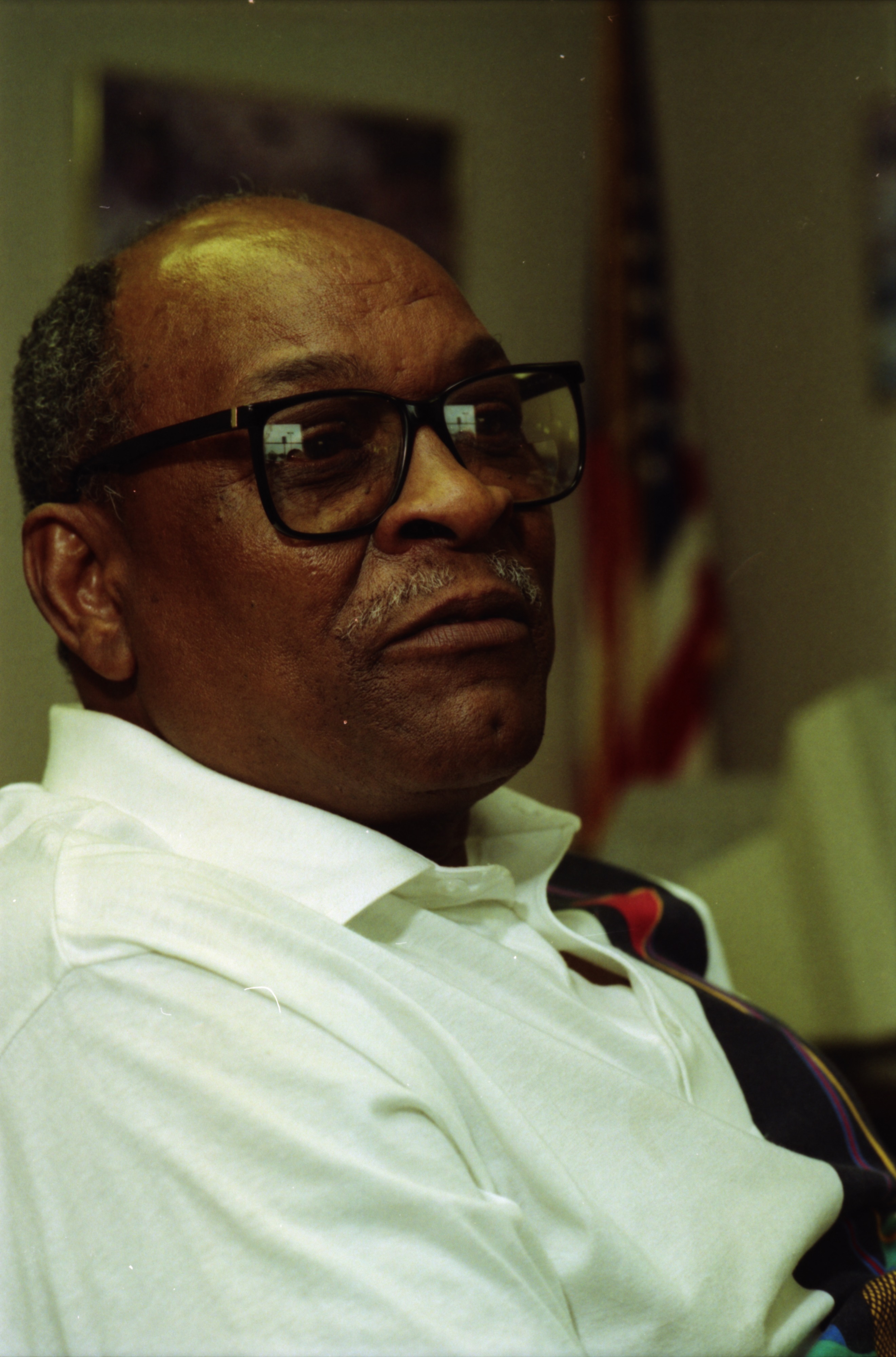