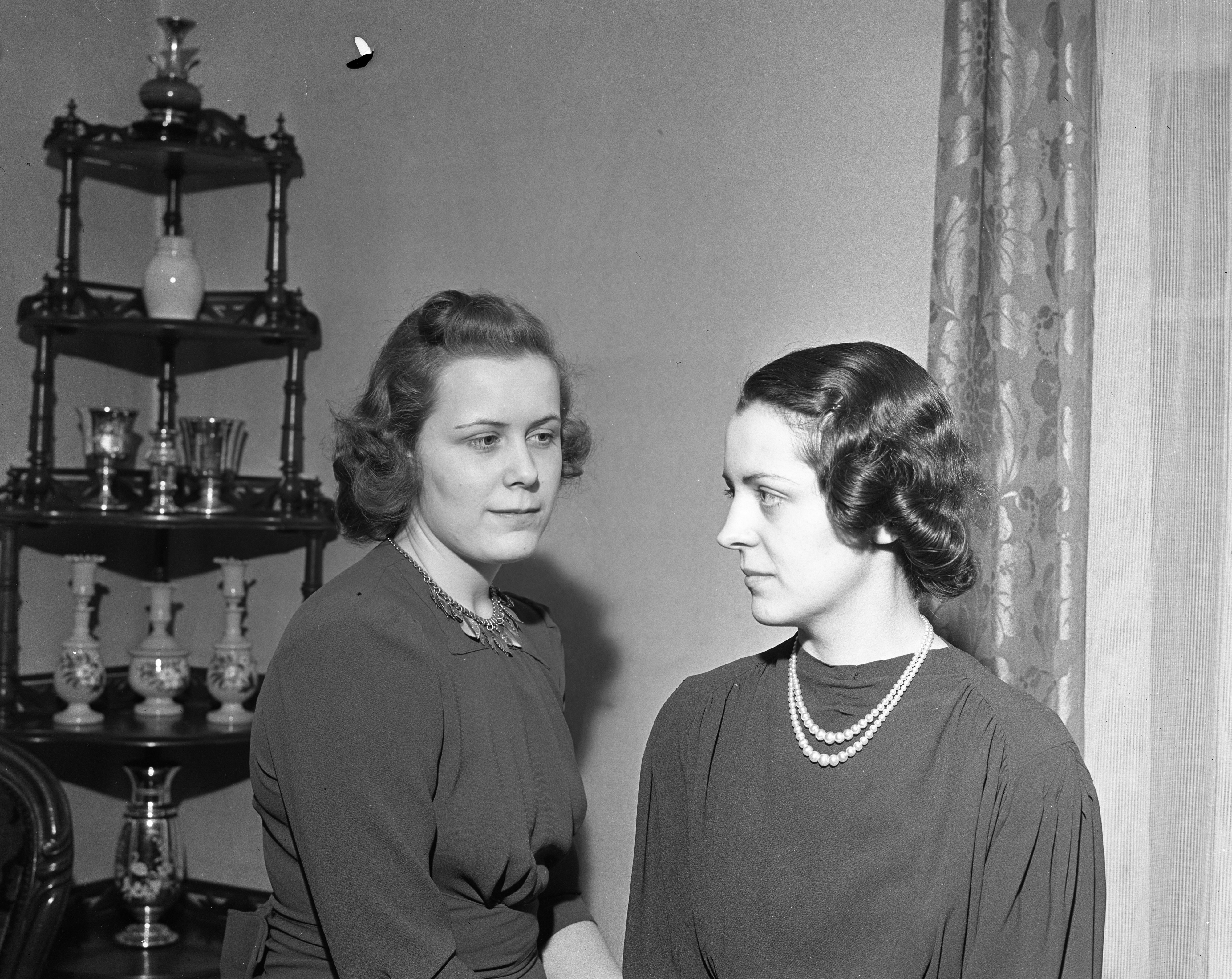 Published In
Ann Arbor News, December 18, 1939
Caption
SISTERS ANNOUNCE ENGAGEMENTS: A tea was given yesterday by Mrs. L. Arthur Pray of Hill St., at which were announced the engagements of her daughters, Janet, at the left, who is to be married to Robert Weston Waite of Jackson; and Jeanne, at the right, whose betrothal to Lt. Edwin J. Latoszewski of Jackson and Randolph Field, Texas, was revealed.
Copyright
Copyright Protected