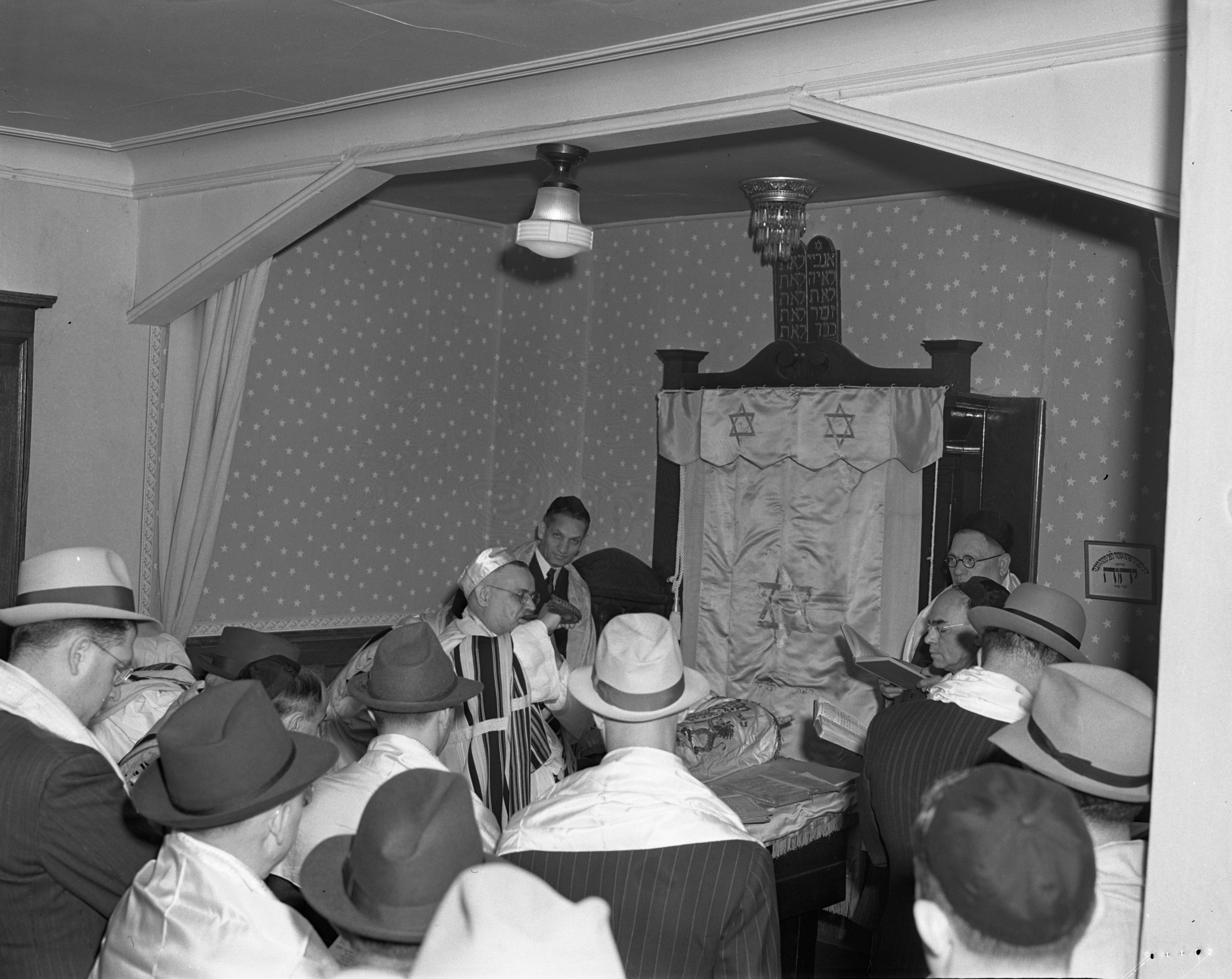 Published In
Ann Arbor News, October 4, 1940
Caption
RITES BRING CALL TO CHILDREN OF ISRAEL: In the traditional religious rites yesterday of Rosh-Ha-Shana, marking the first day of the Jewish New Year, Rabbi Isaak Goldman of the Beth Israel Congregation blows the ram's horn as a reminder to the Children of Israel that once they received the Ten Commandments upon Mount Sinai. The horn's call is to remind Jews of the World they should observe all of the laws of the Lord. Shawls and scarfs are worn in the orthodox services to bring uniformity to the worshipping costumes, and the hats and caps are in keeping with the covered head ordained in mourning for the destruction of the temple of Sinai.
Copyright
Copyright Protected
Subscribe to Isaak Goldman