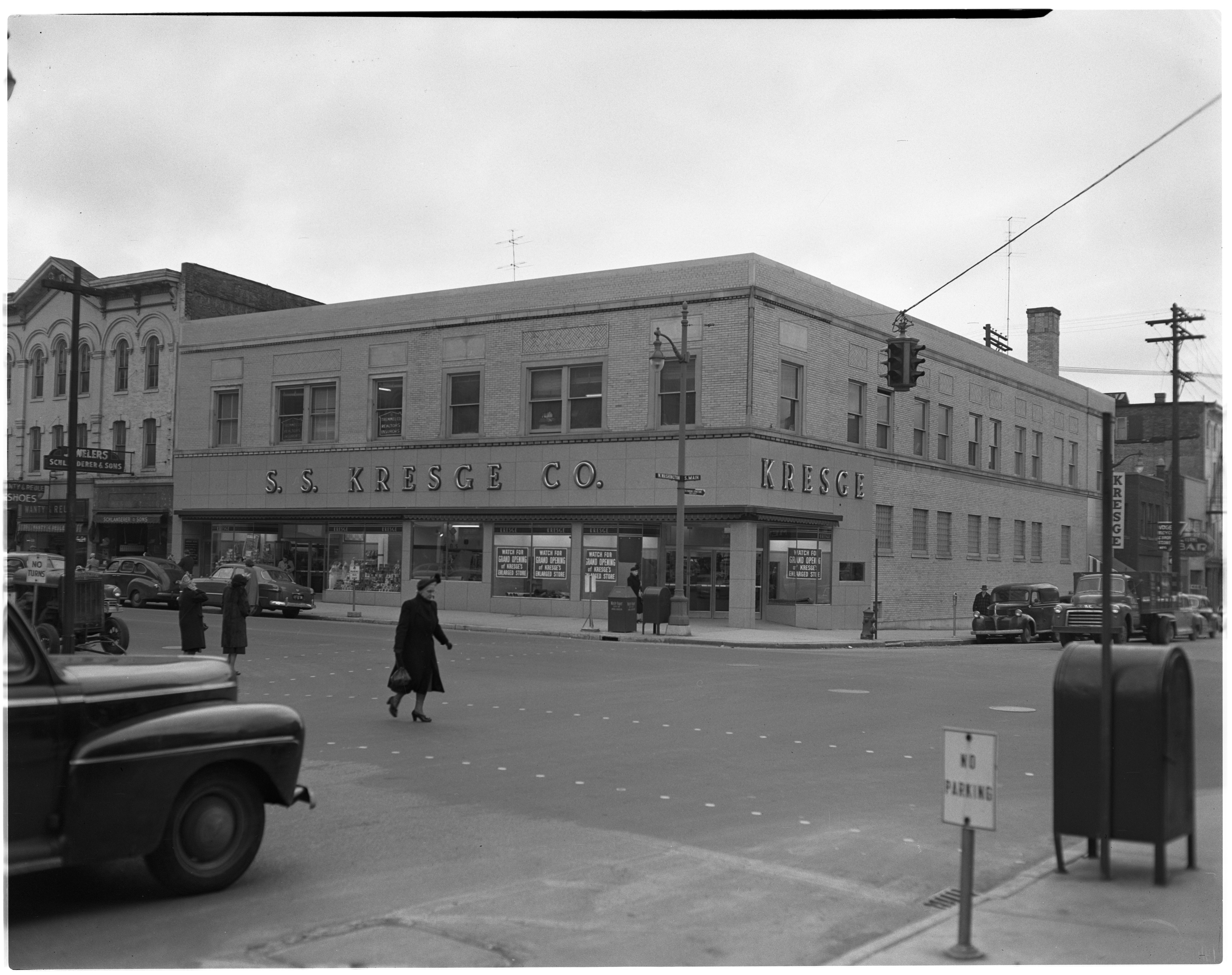 Published In
Ann Arbor News, January 6, 1950
Caption
Main Street At Washington Changes in commercial building architecture are aptly illustrated by these two photographs of the southwest corner of S. Main and Washington Sts. In the early picture, the corner is occupied by the old Hangsterfer Building, the lower floor of which for many years was used as clothing store quarters (Reule, Conlin & Fiegel) and the upper part as a lodge meeting-place known as Hangsterfer Hall. The famous Joe Parker's commemorated in the song "I Want To Go Back To Michigan" once was located in the first building south of the corner. The Hangsterfer building, erected in 1860, first was occupied by S. S. Kresge, Inc., in 1912, after it had been extensively remodeled. The present structure was built about 1930, and remodeled last year.
Copyright
Copyright Protected
Subscribe to Reule Conlin &amp; Fiegel