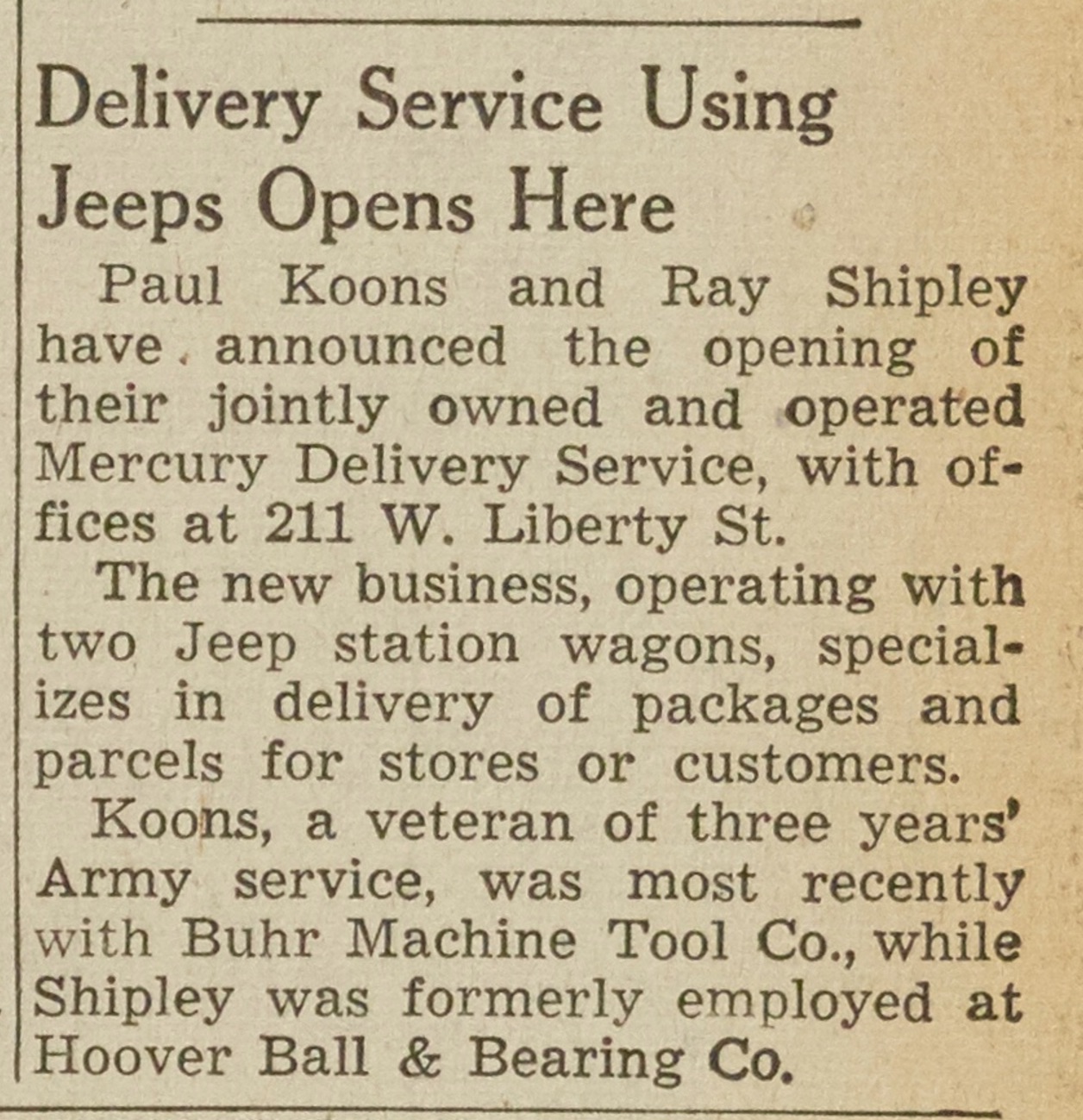 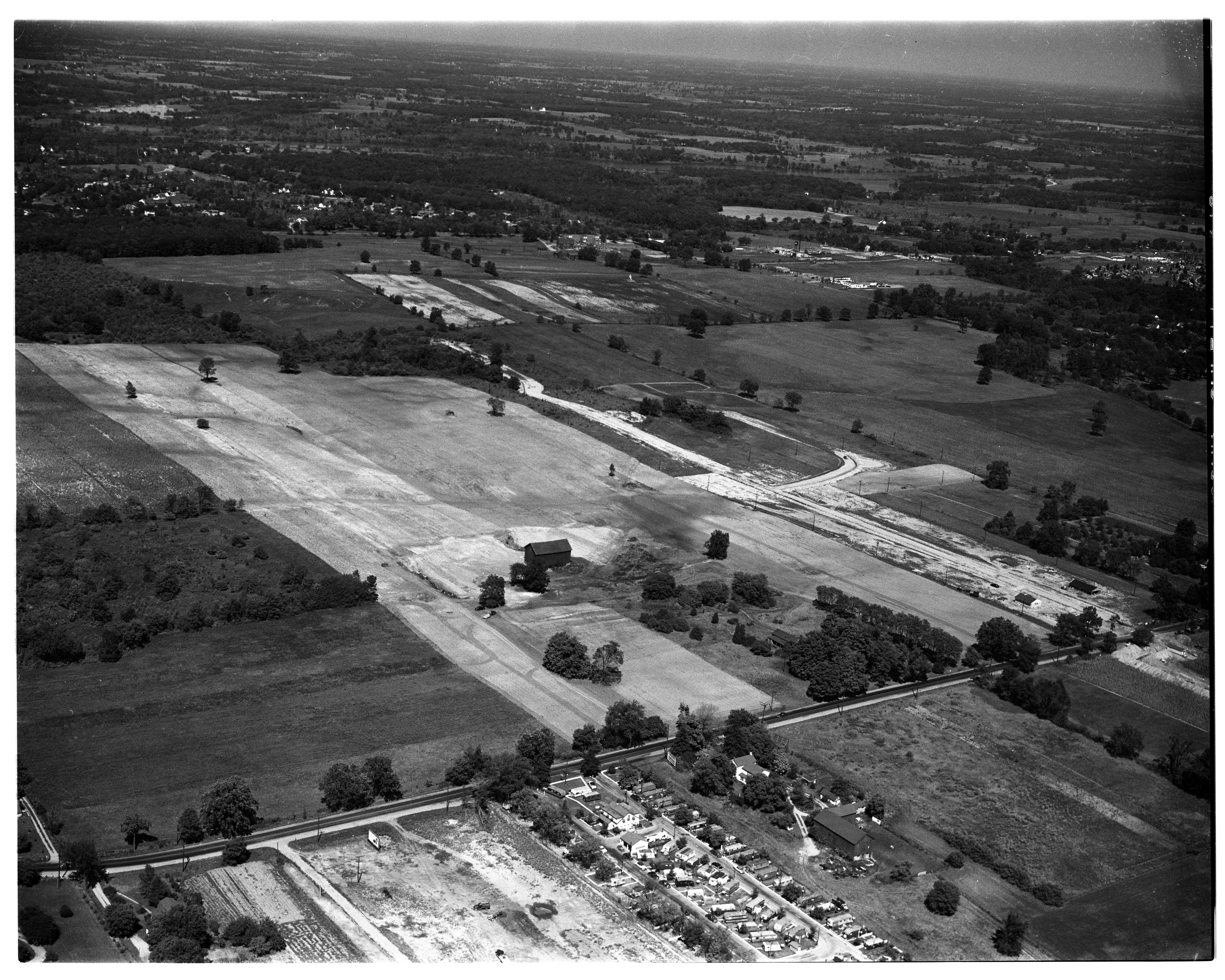 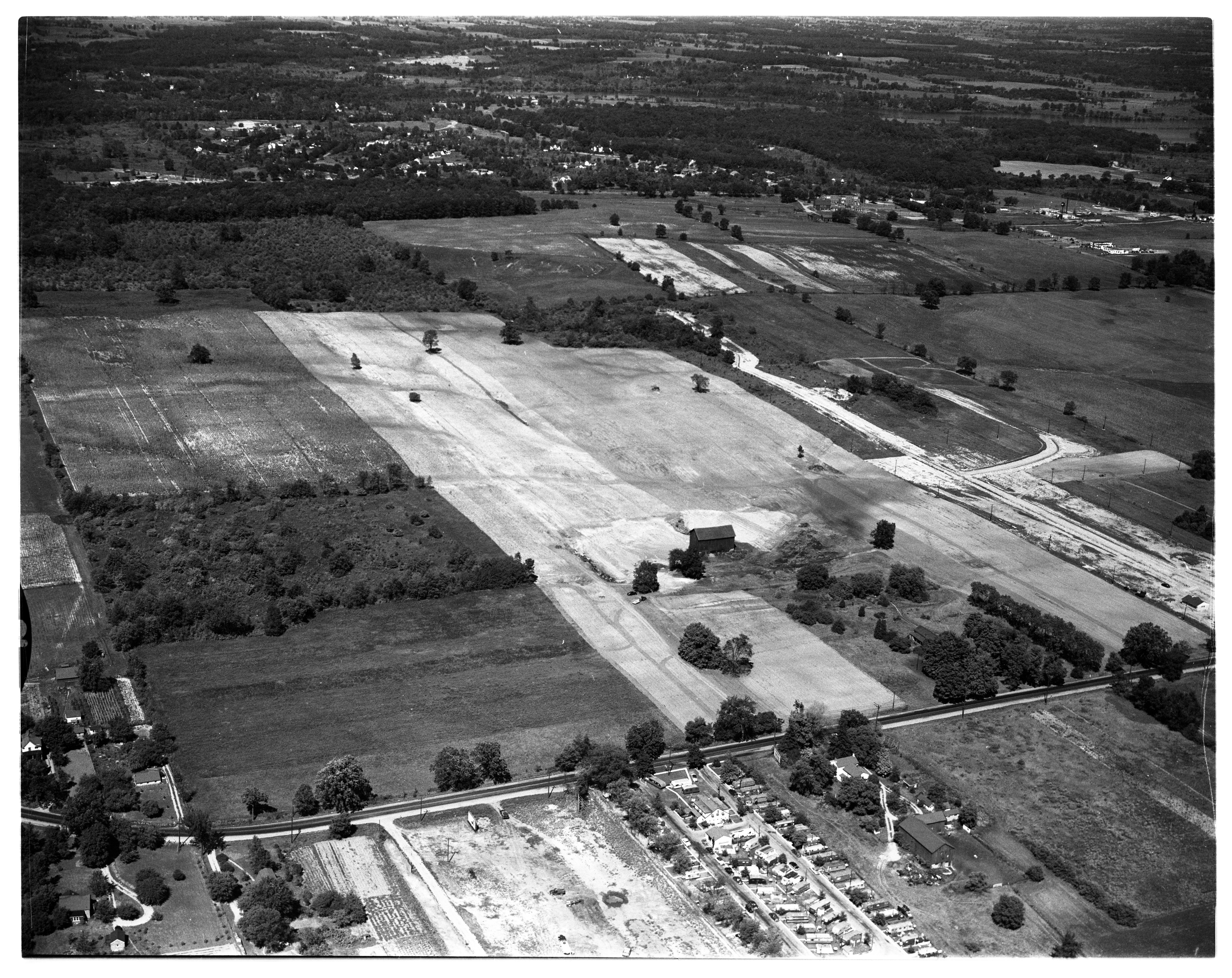 Published In
Ann Arbor News, September 6, 1952
Caption
Land clearance as seen in the above aerial photo, is the first step toward the future Joseph F. Buhr Memorial Park in Pittsfield township. The 54-acre plot of land has been cleared of trash and brush, has been plowed and, next year, will be planted in wheat to keep the land in good condition until park and playground development begins in the distant future. The land is part of the Robert Campbell farm. The barn is clearly visible. The sire has a 964-foot frontage on Packard Rd. and extends back one-half mile. The monetary gift for the property was donated by the Buhr Machine & Tool Co. here and the R & B Tool Co. of Saline. The park is to be in the memory of the late founder of Buhr Machine & Tool Co.
Copyright
Copyright Protected 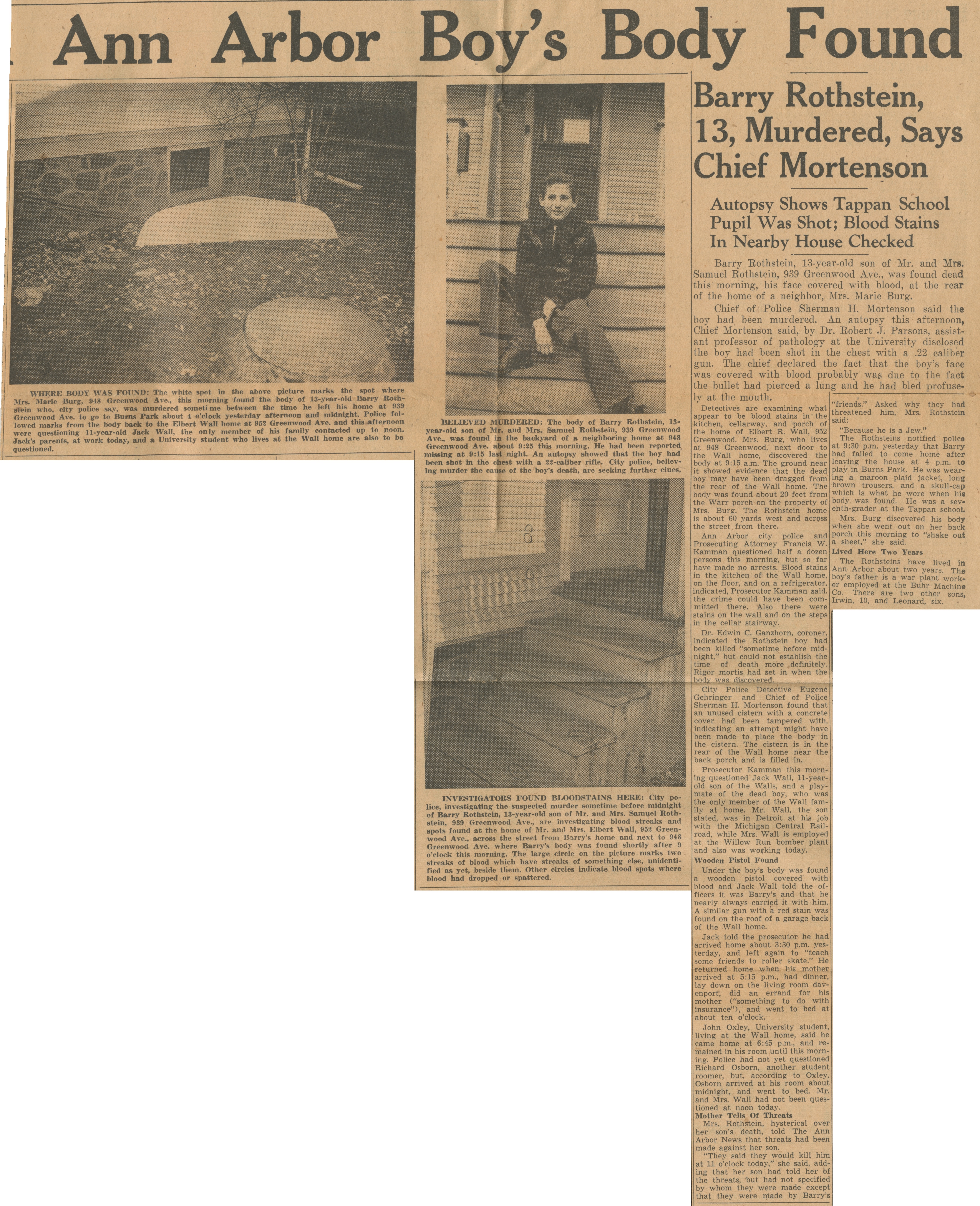 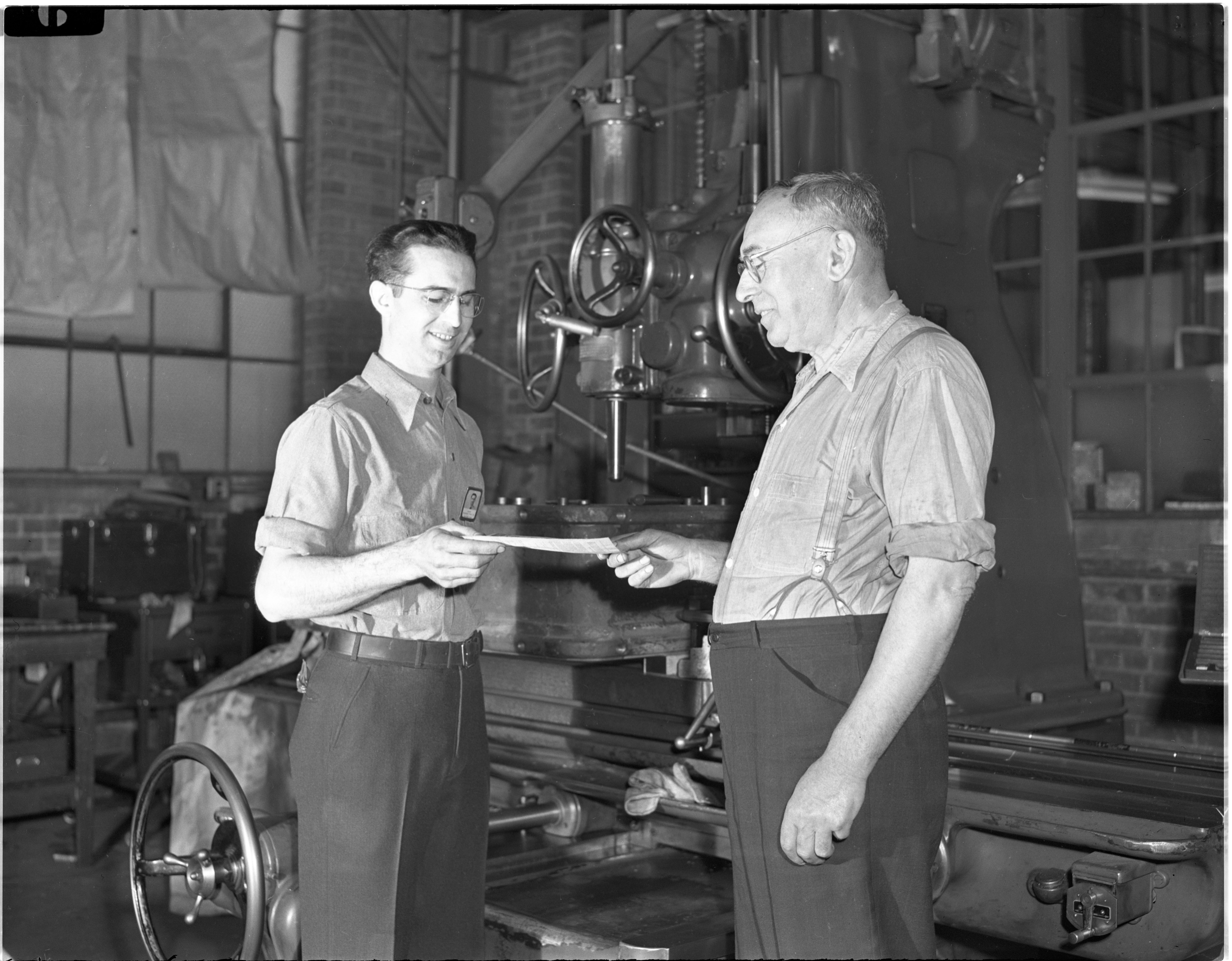 Published In
Ann Arbor News, April 8, 1943
Caption
WAR WORKERS KEEP BOND SALES MOVING: Ann Arbor's and Washtenaw's war workers, along with the city's and county's other residents, are getting a good start toward raising their share of the $13, 000,000,000 War Loan Campaign which opened here Monday. John Mayer, a Buhr Machine Tool Co. Galiant, right above, sells a $1,000 War Bond to his fellow worker, John Dieterle in continued proof that Ann Arborites are solidly behind the President's campaign slogan, "They give their lives. We lend our money." Washtenaw's guota for the April drive is $6,380,000 in bond sales and the amount means cash value of bonds sold, not maturity value.
Copyright
Copyright Protected 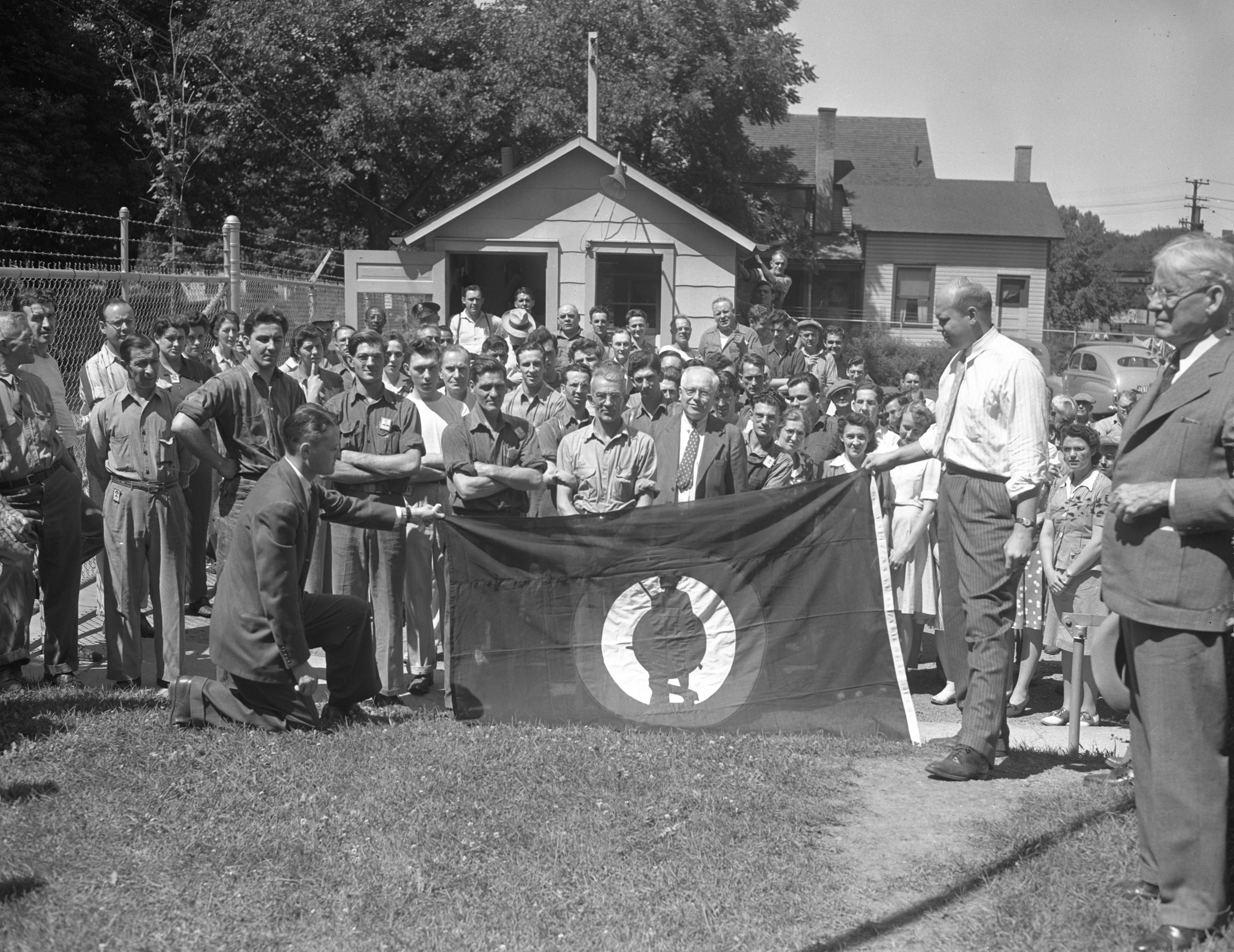 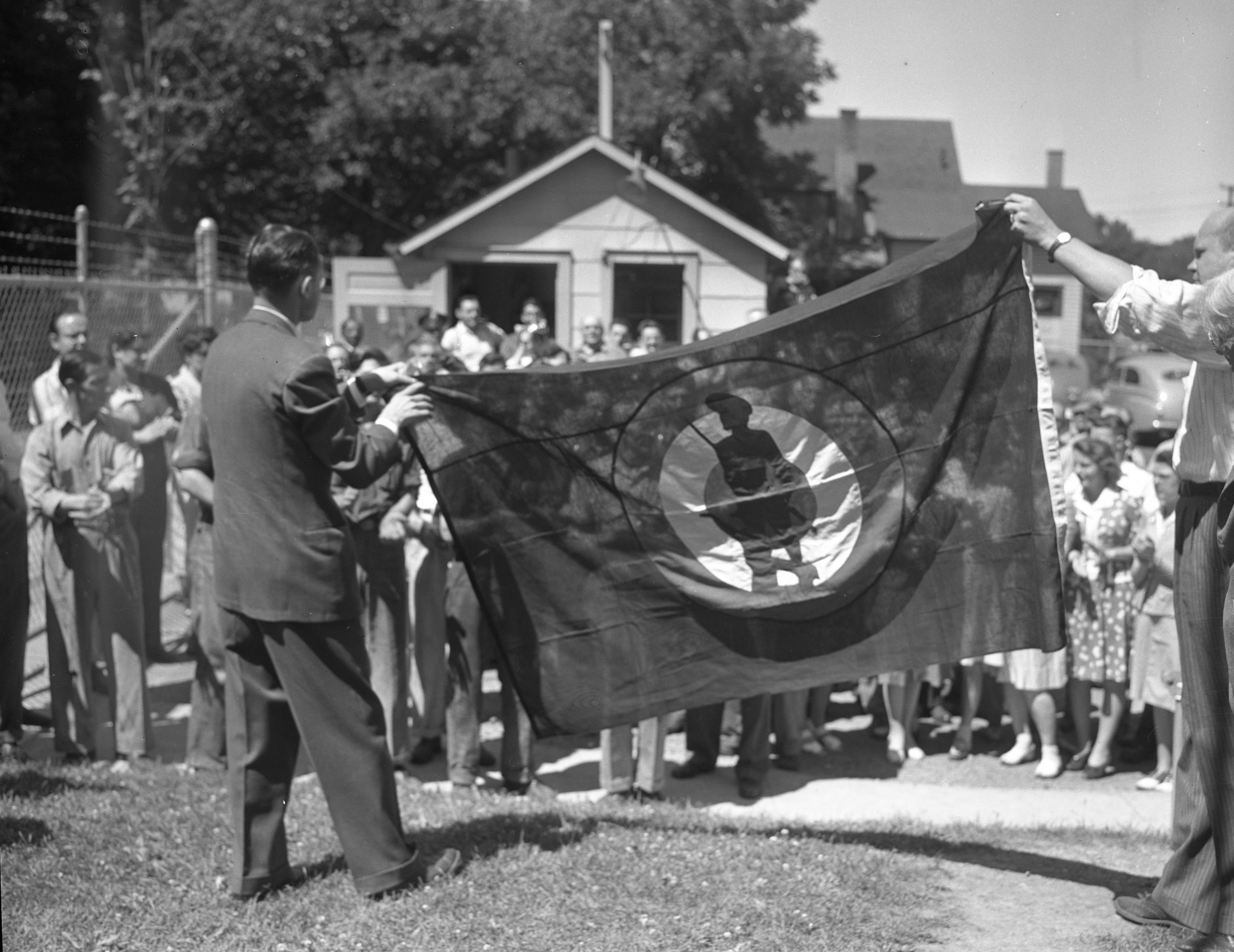 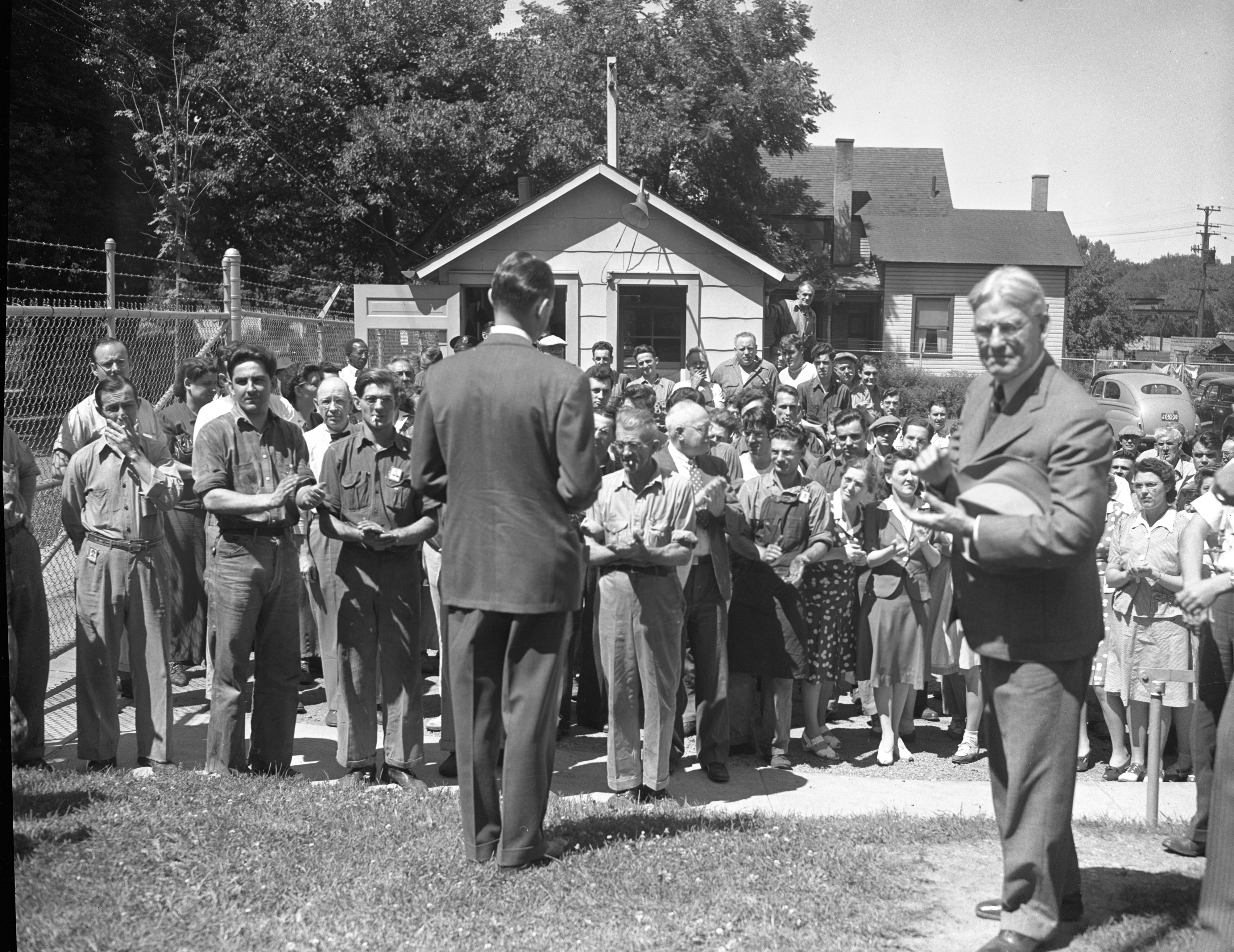 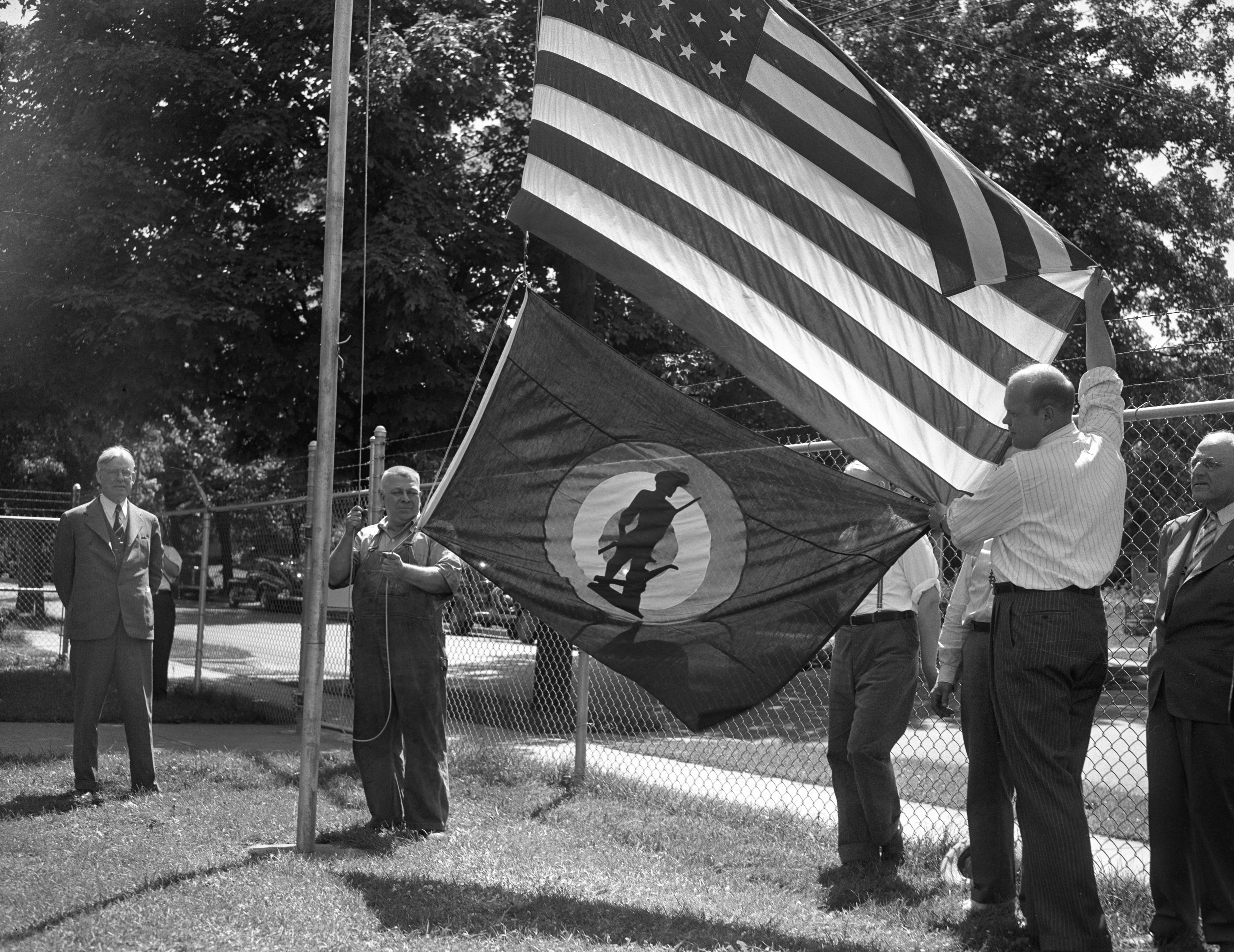