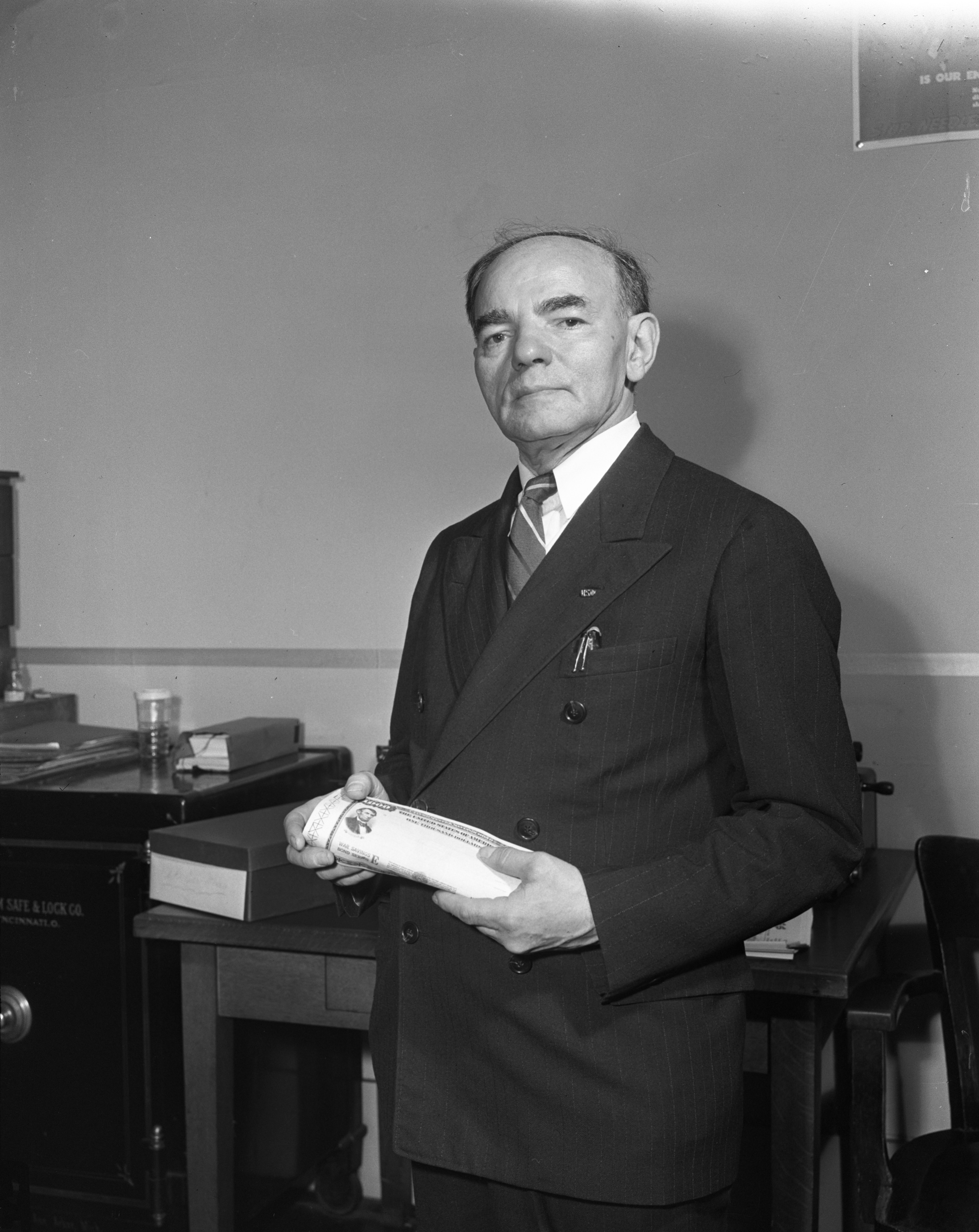 Published In
Ann Arbor News, June 16, 1944
Caption
Osias Zwerdling has bought a $5,000 War Bond in the Fifth War Loan for his son Corporal Joseph Zwerdling, now in charge of a personnel office of the Army coastal guard. Joseph was formerly an assistant Michigan attorney general. Mr. Zwerdling makes this earnest War Bond appeal: "Every man, woman, and child has the responsibility of contributing to the success of the sale of War Bonds as one of the means of assuring victory for our armed forces. Let us buy more and more War Bonds, because buying them is the best investment in human values, in the future of our country. Let us remember and repeat the slogan of the present campaign 'Back the Attack, Buy More Than Before!' "We shall have a greater share in Victory by responding loyally and whole-heartedly to the Fifth War Loan appeal. Thus we show our faith, faith in ourselves, in our government, in our fighting men, and in the invasion."
Copyright
Copyright Protected 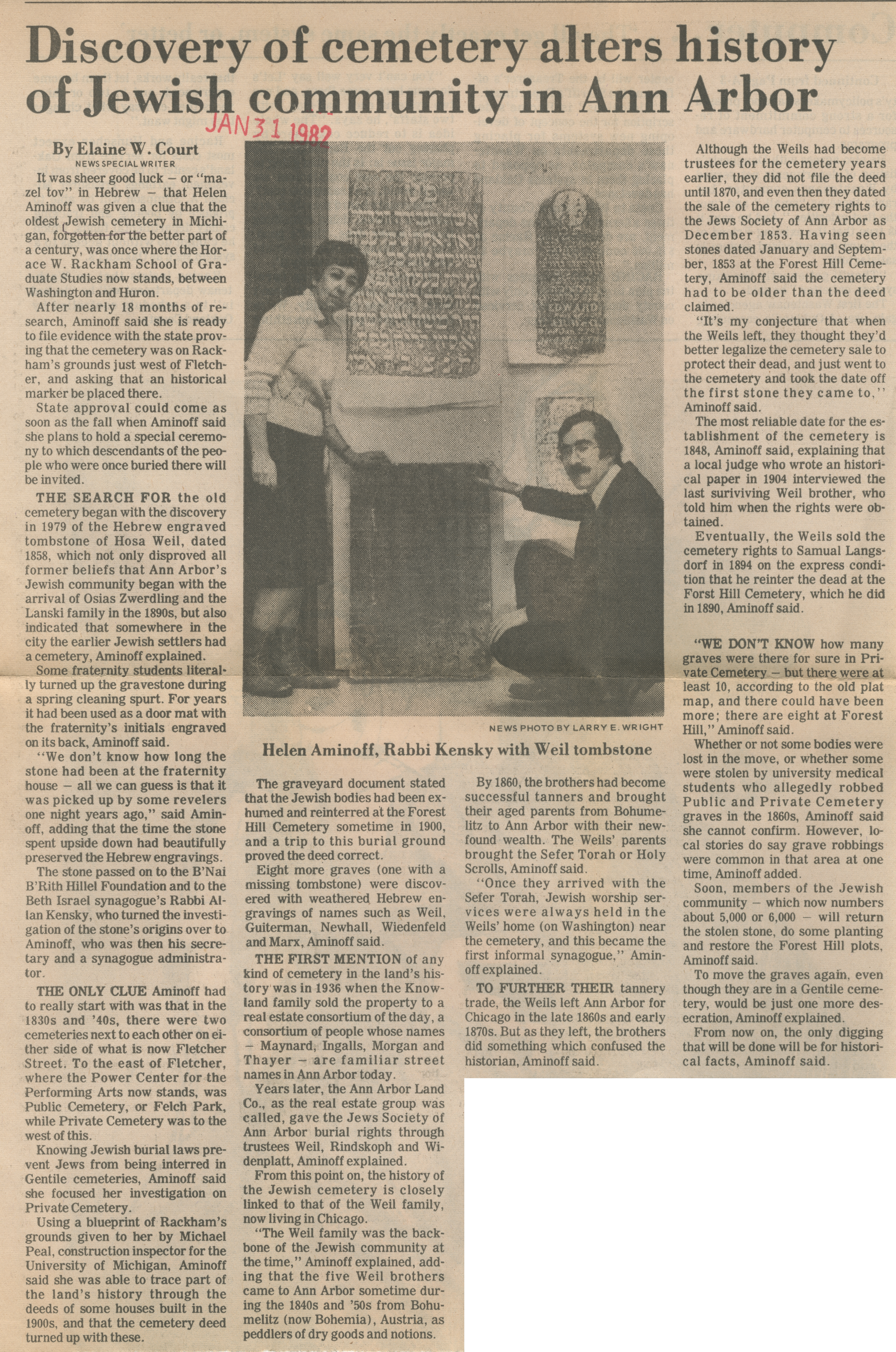 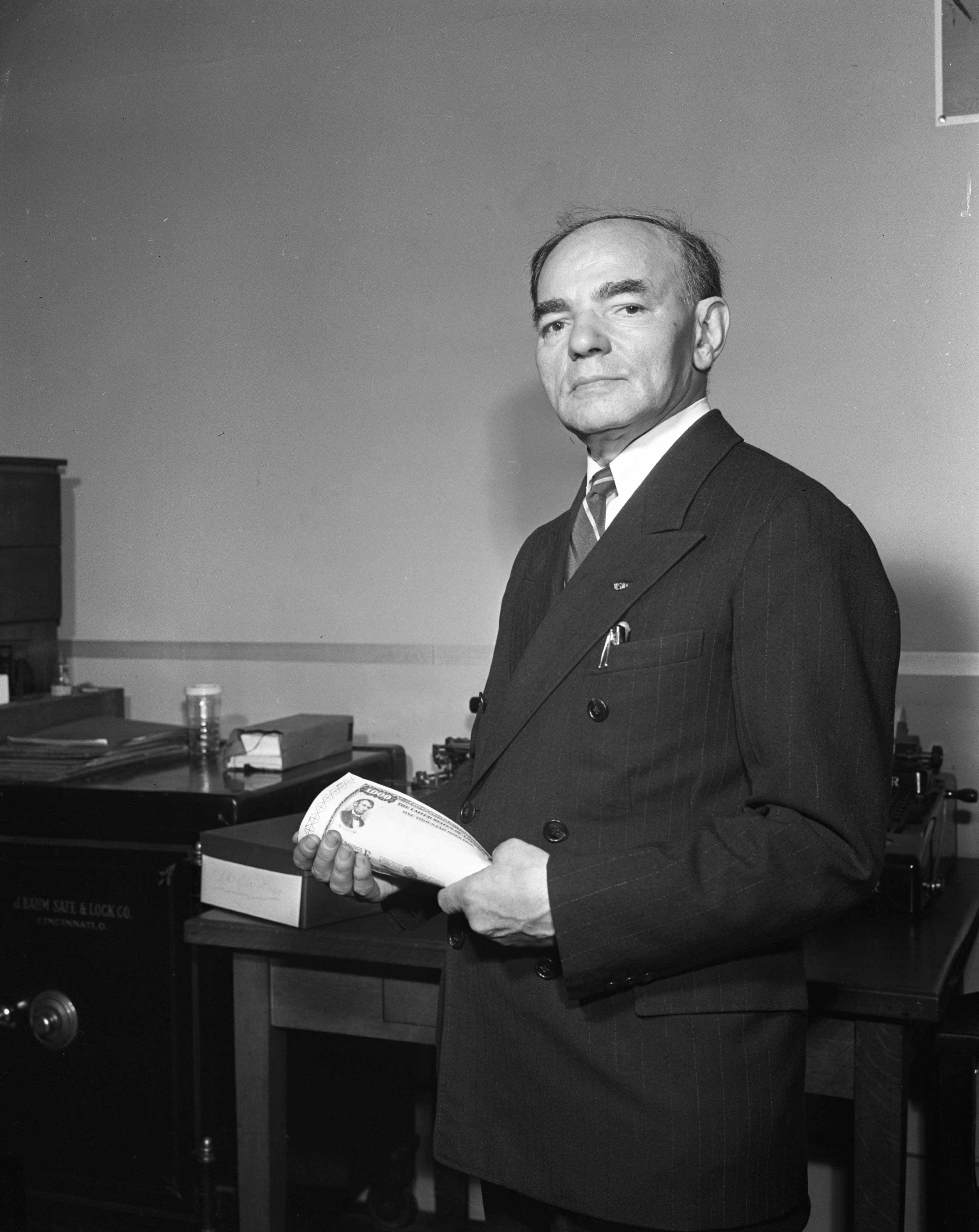 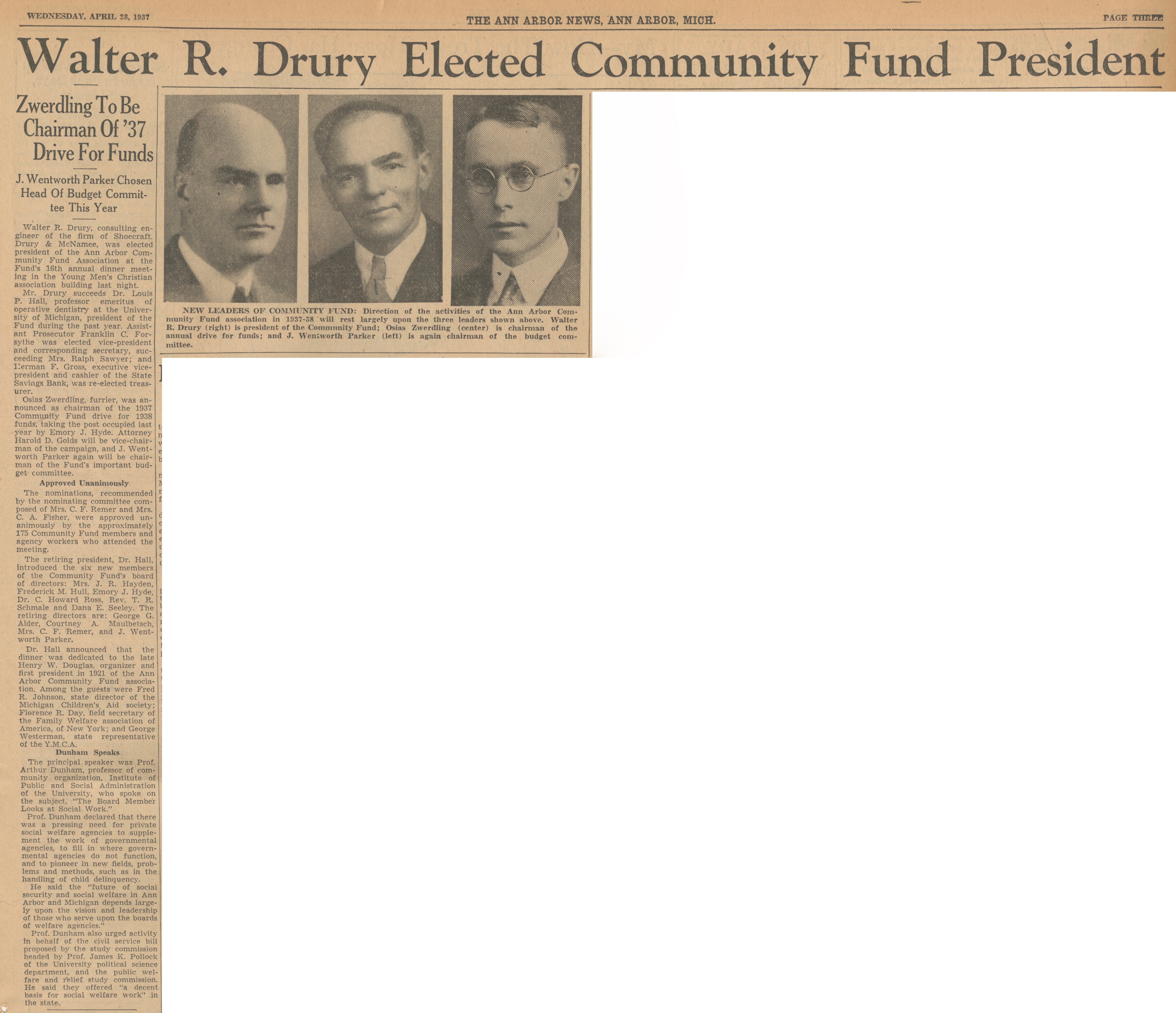 Zwerdling Home To Be Landscaped 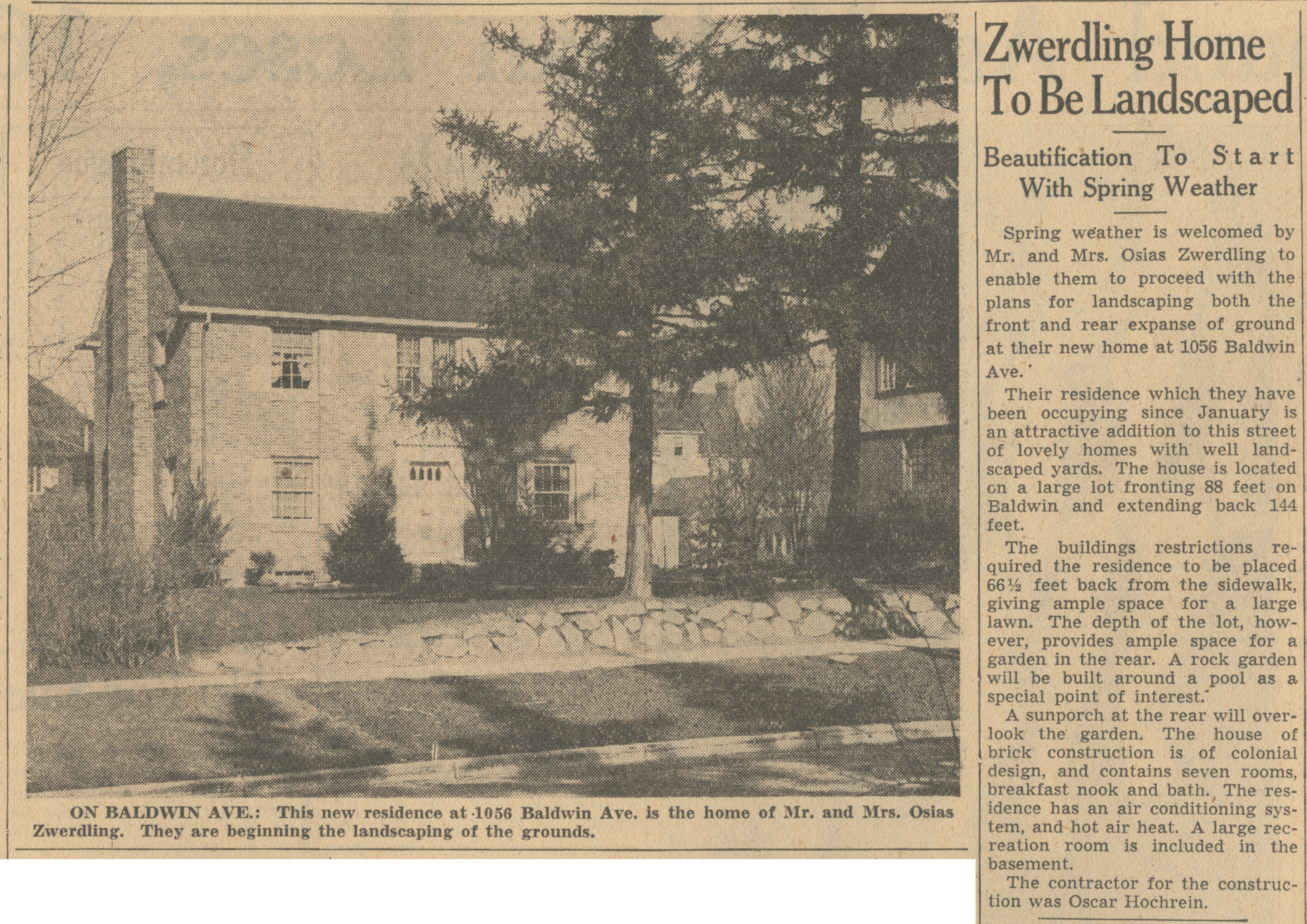