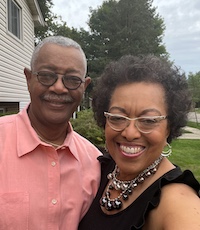 Hershal Brown was born in 1946. He lived off and on with his parents in Gary, Indiana, but he was raised primarily by his grandparents in Ann Arbor. He remembers having many role models at Bethel AME Church. After graduating from Ann Arbor High School, Brown served in the military in Spain. He worked at Ford Motor Company in pre-prototype coordination for 31 years. He also worked and volunteered for the Ann Arbor Public Schools and the Washtenaw County Sheriff’s department. He married his longtime sweetheart Jennifer Benton in 1968 and they have two daughters, Charisse and Heather.

Jennifer Brown was born in 1948 in Ann Arbor to Charles and Laurel Benton. She recalls learning to fish with her father and attending Jones School. Her mother encouraged her to take advanced classes in high school. Brown worked in banking and bank management for the first half of her career while her children were young. Later in life she got her master’s degree in social work from the University of Michigan and became a social worker. She has been married to her husband Hershal Brown for 53 years. They have two daughters, Charisse and Heather, and three grandchildren.

TV Series On Negro To Open 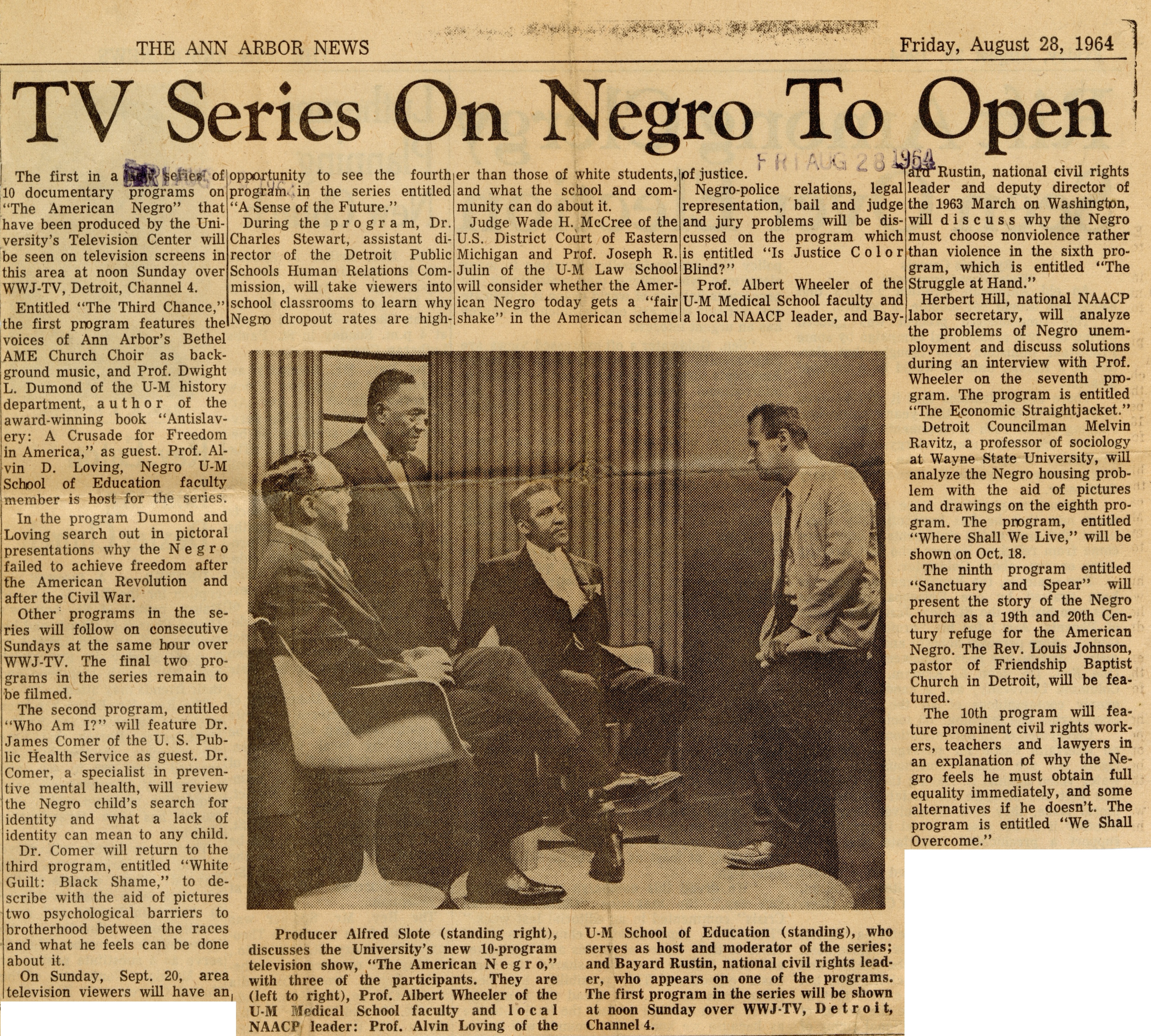 Lola Jones and Carol Gibson are well-known to anyone familiar with Ann Arbor history. Over the past 30 years they have sought out and documented the history of the African American experience in Ann Arbor through a series of projects under the moniker Another Ann Arbor; it is largely through their work that the Ann Arbor African American story is a part of our shared community identity. Lola and Carol stopped by the library to talk with us one day about the work they have done over the years and where they are headed next. They shared with us some of the interesting people and events they have learned about and brought to the community in their television program, their documentaries, and their book. You can now watch one of their documentaries online at aadl.org in our video collection. A Woman's Town was produced in 1991 and tells the story of Ann Arbor through the voices of prominent African American women. 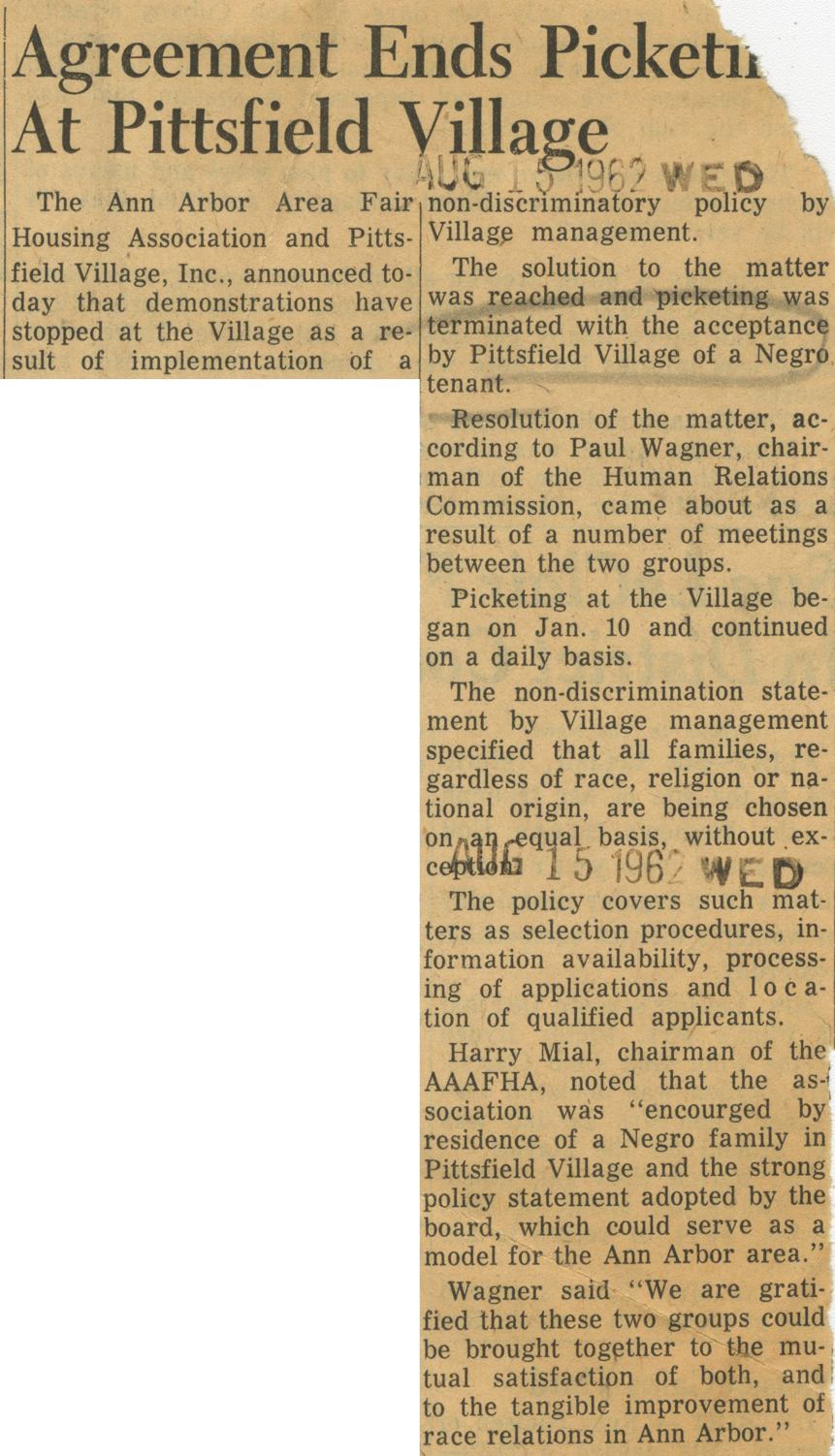 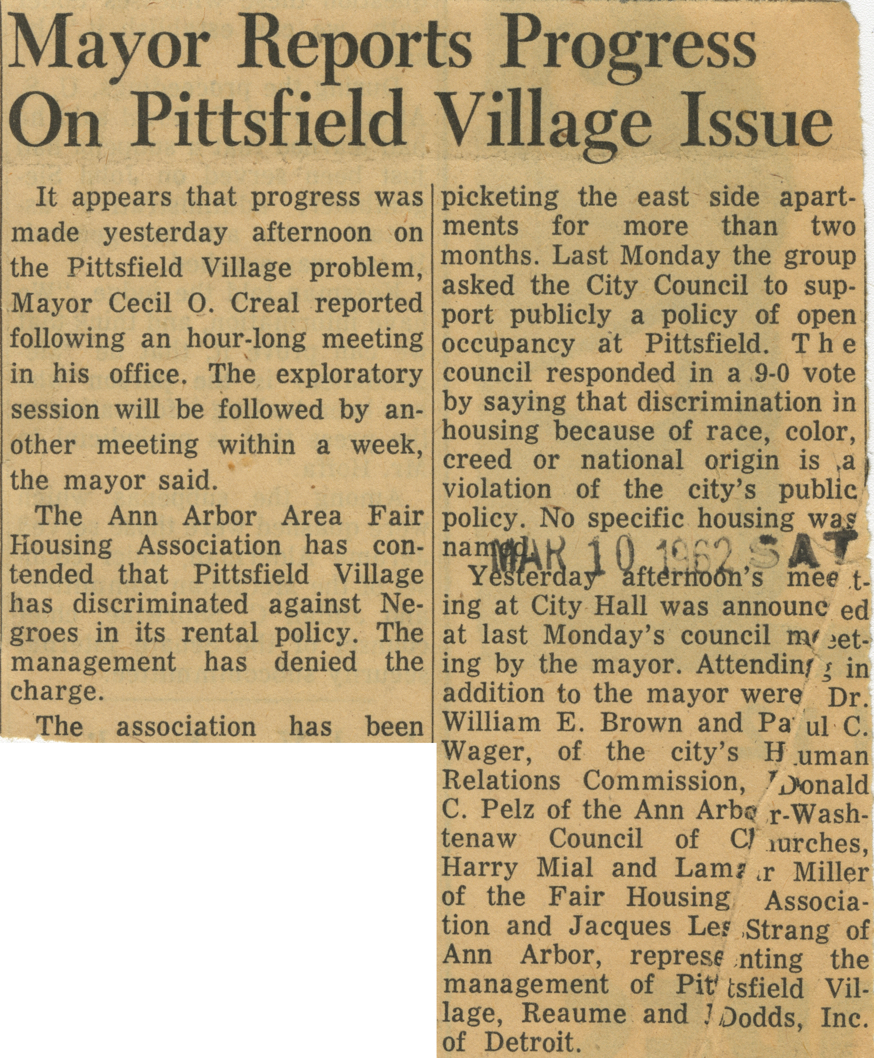 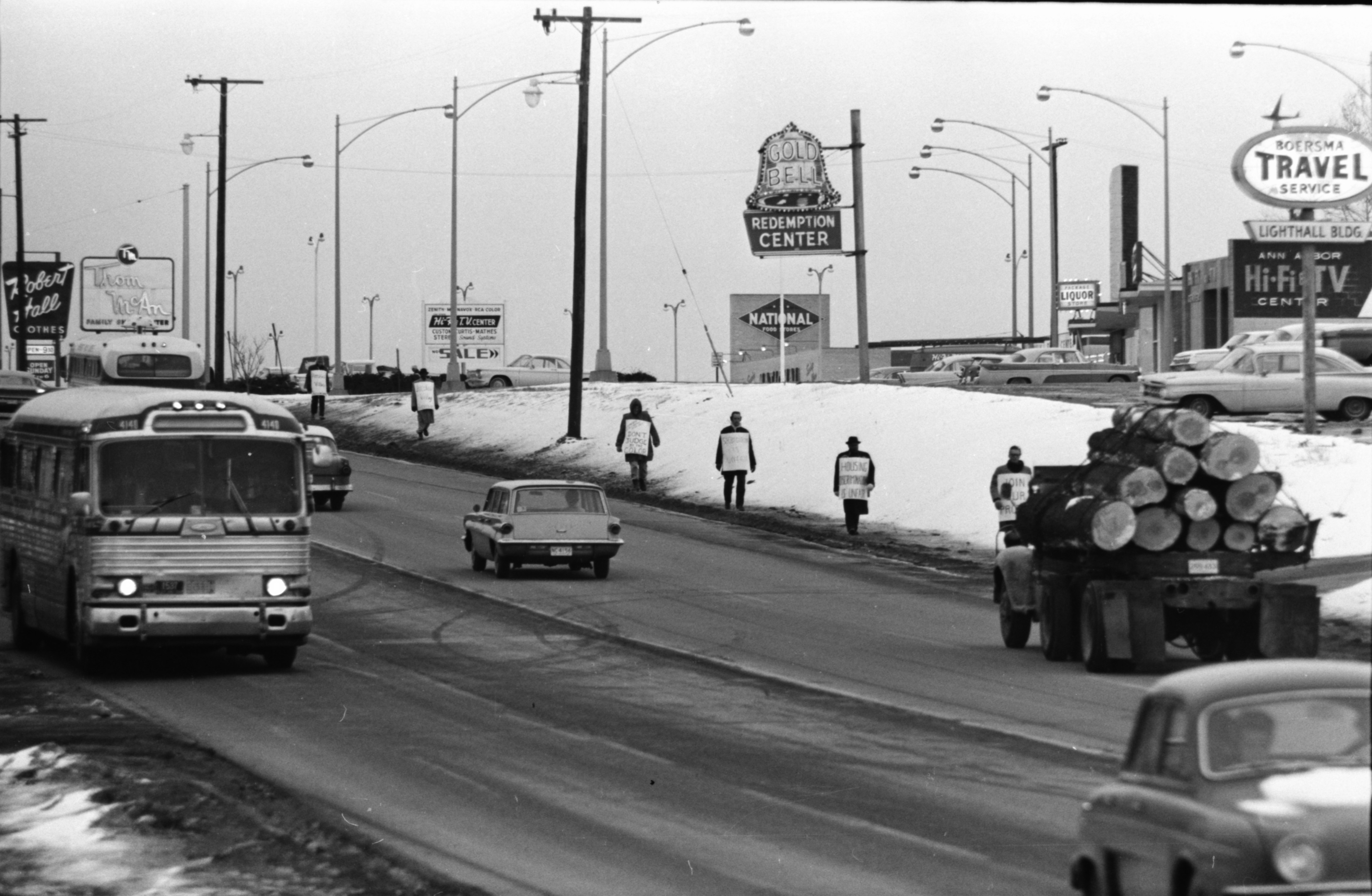 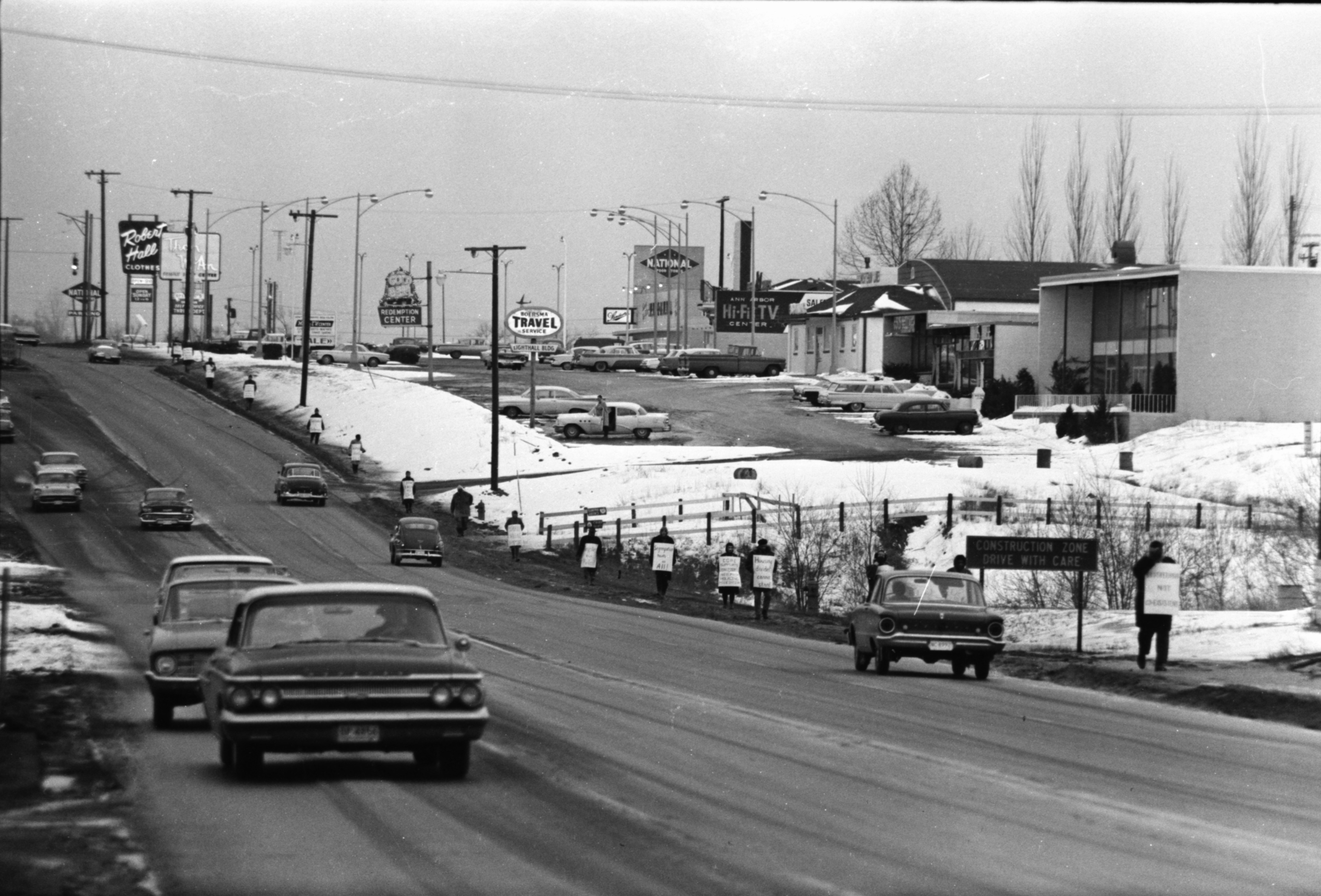 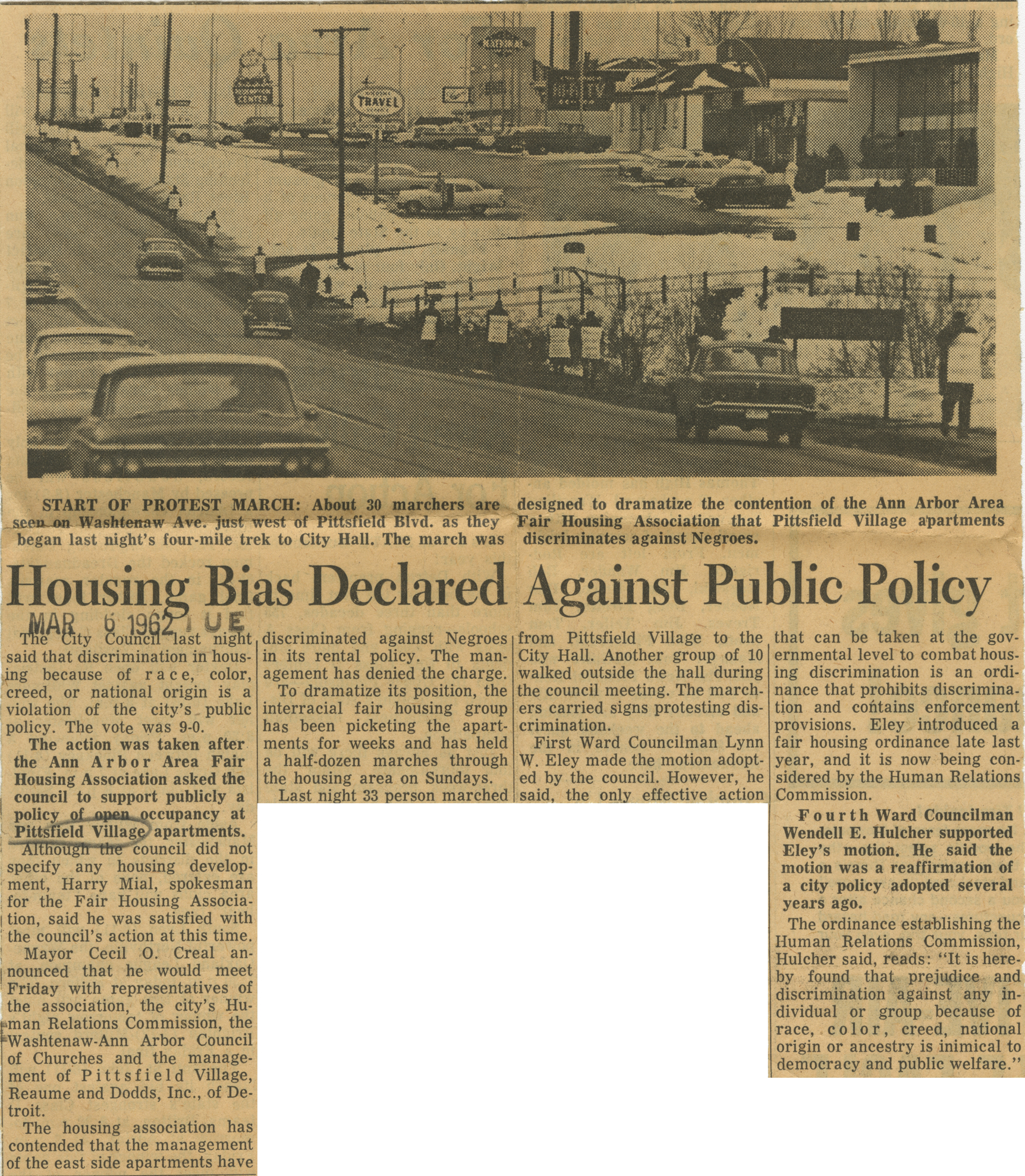