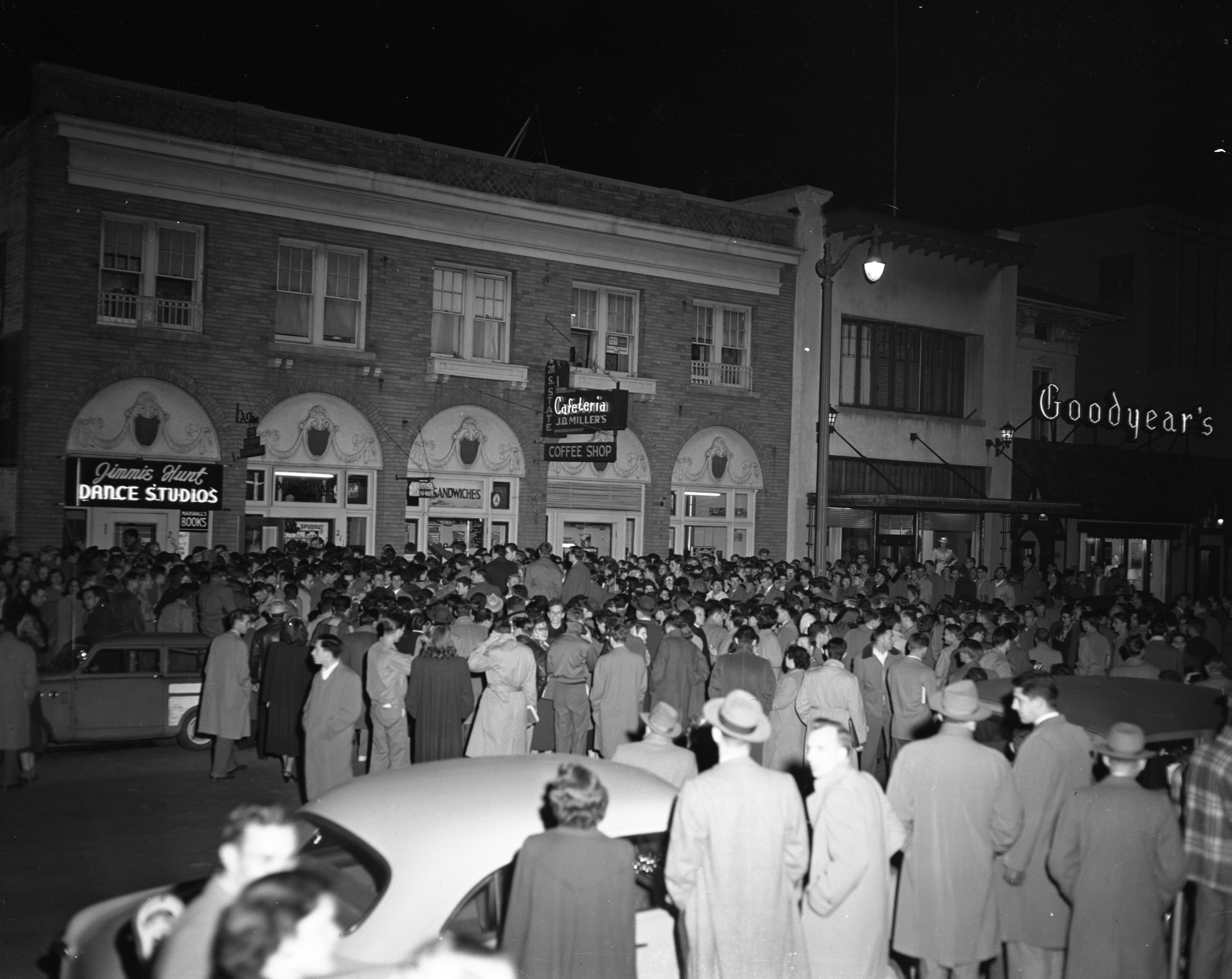 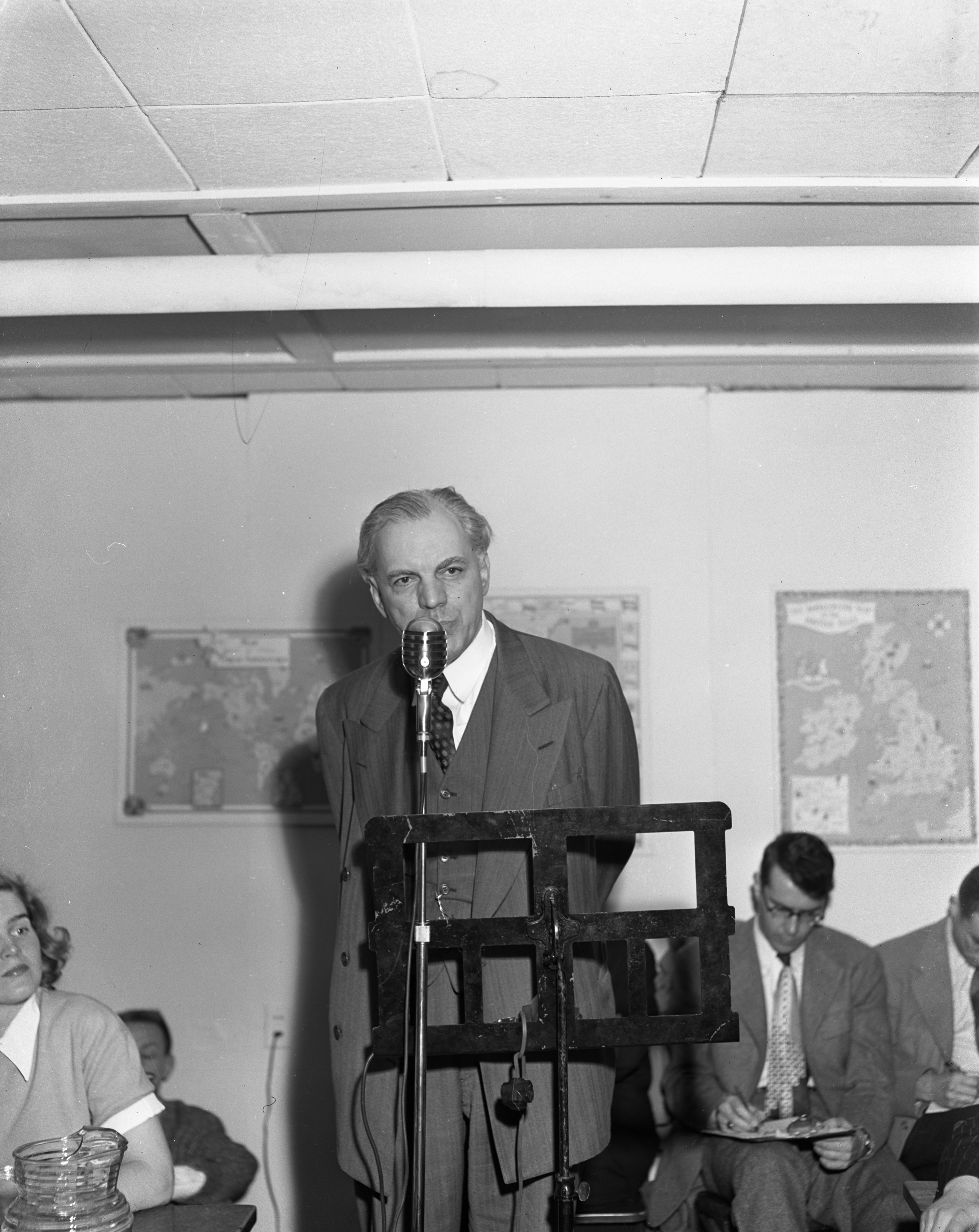 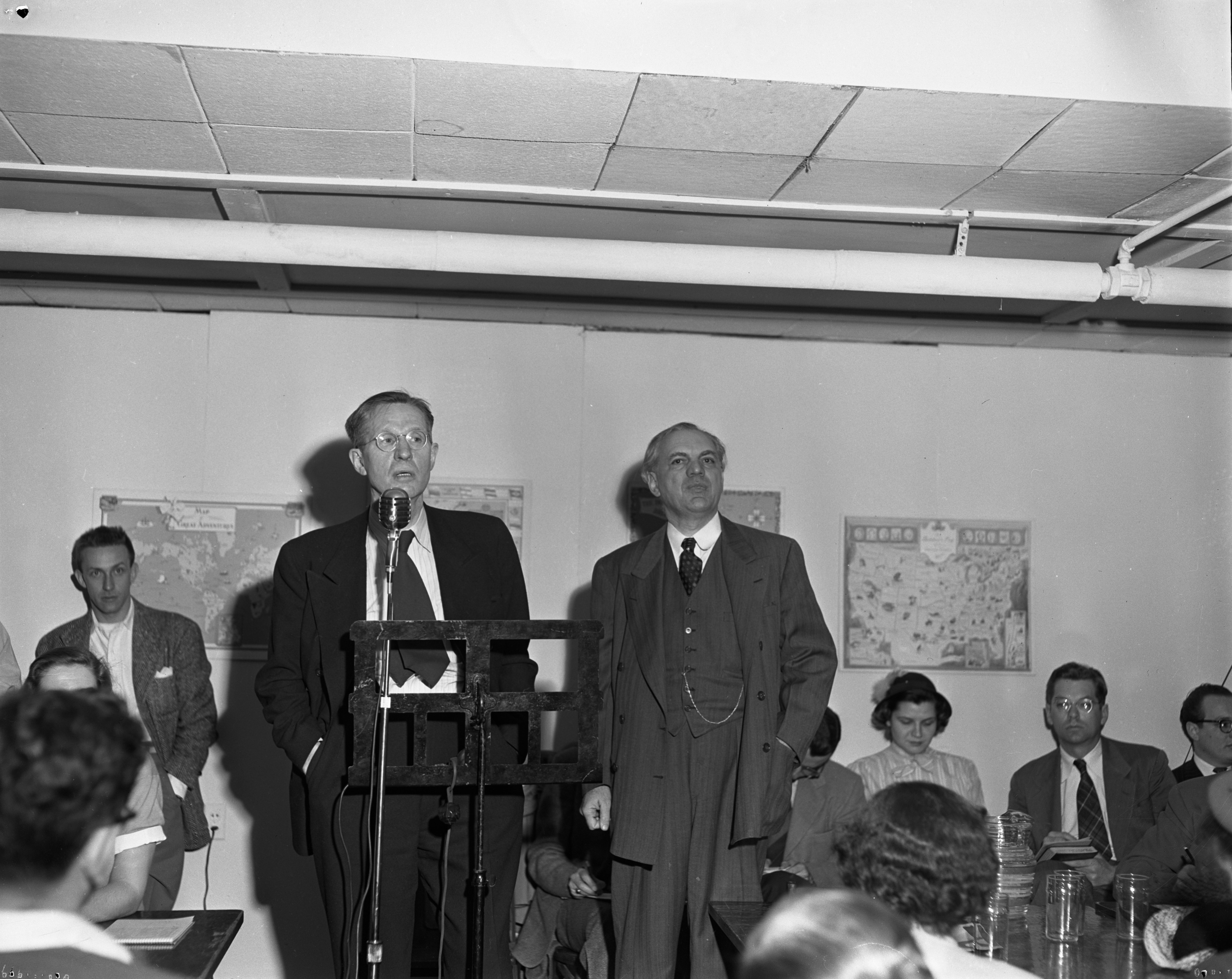 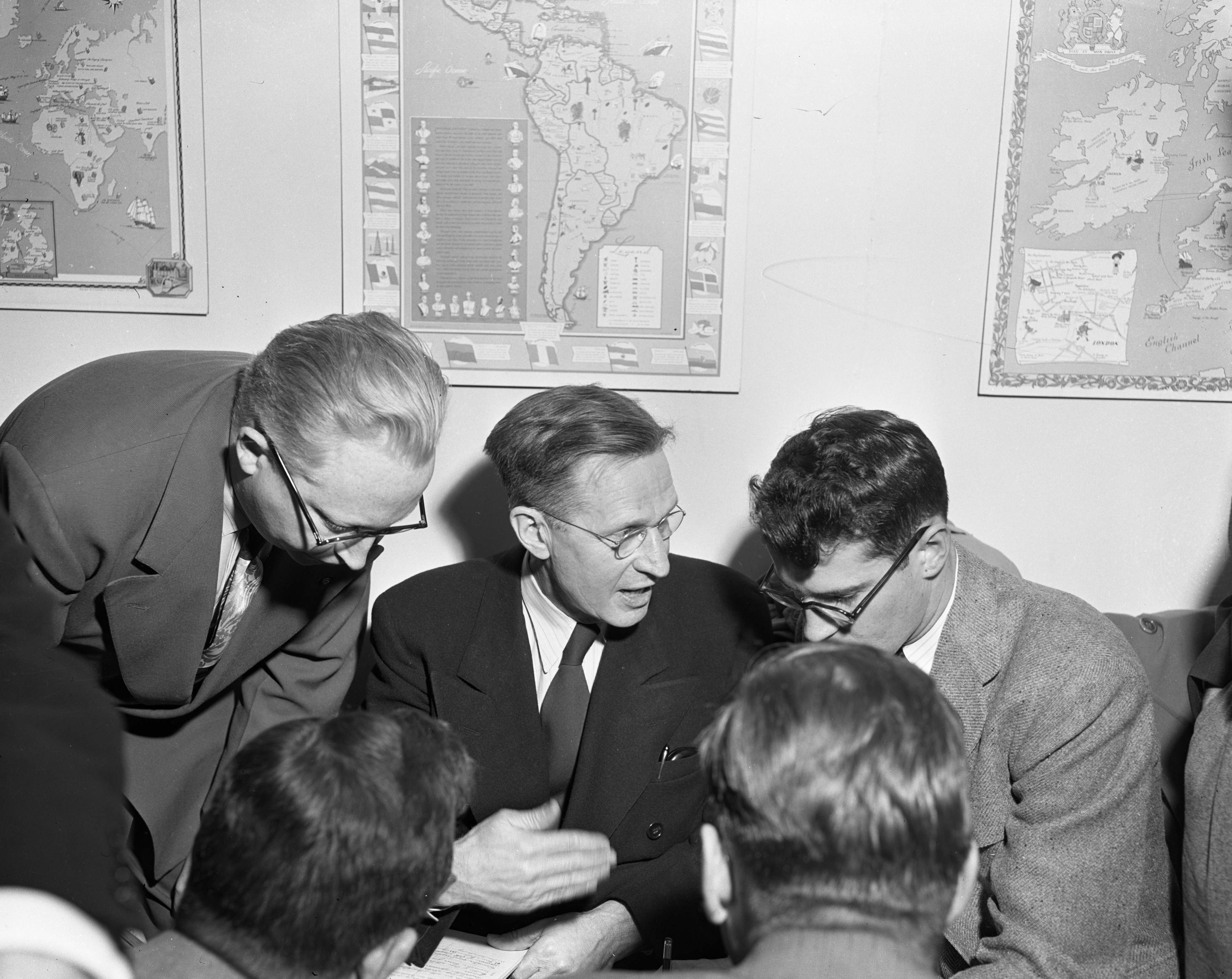 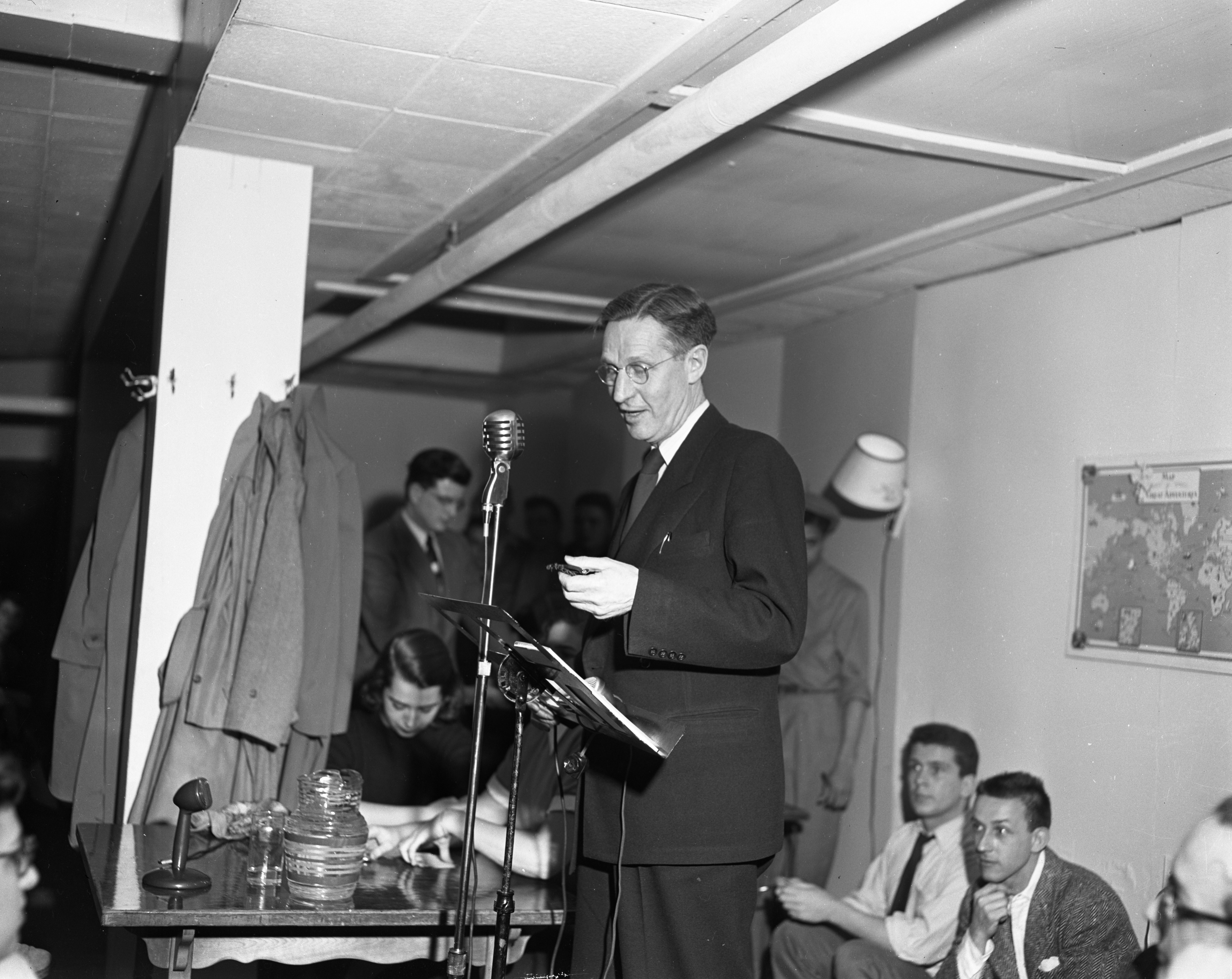 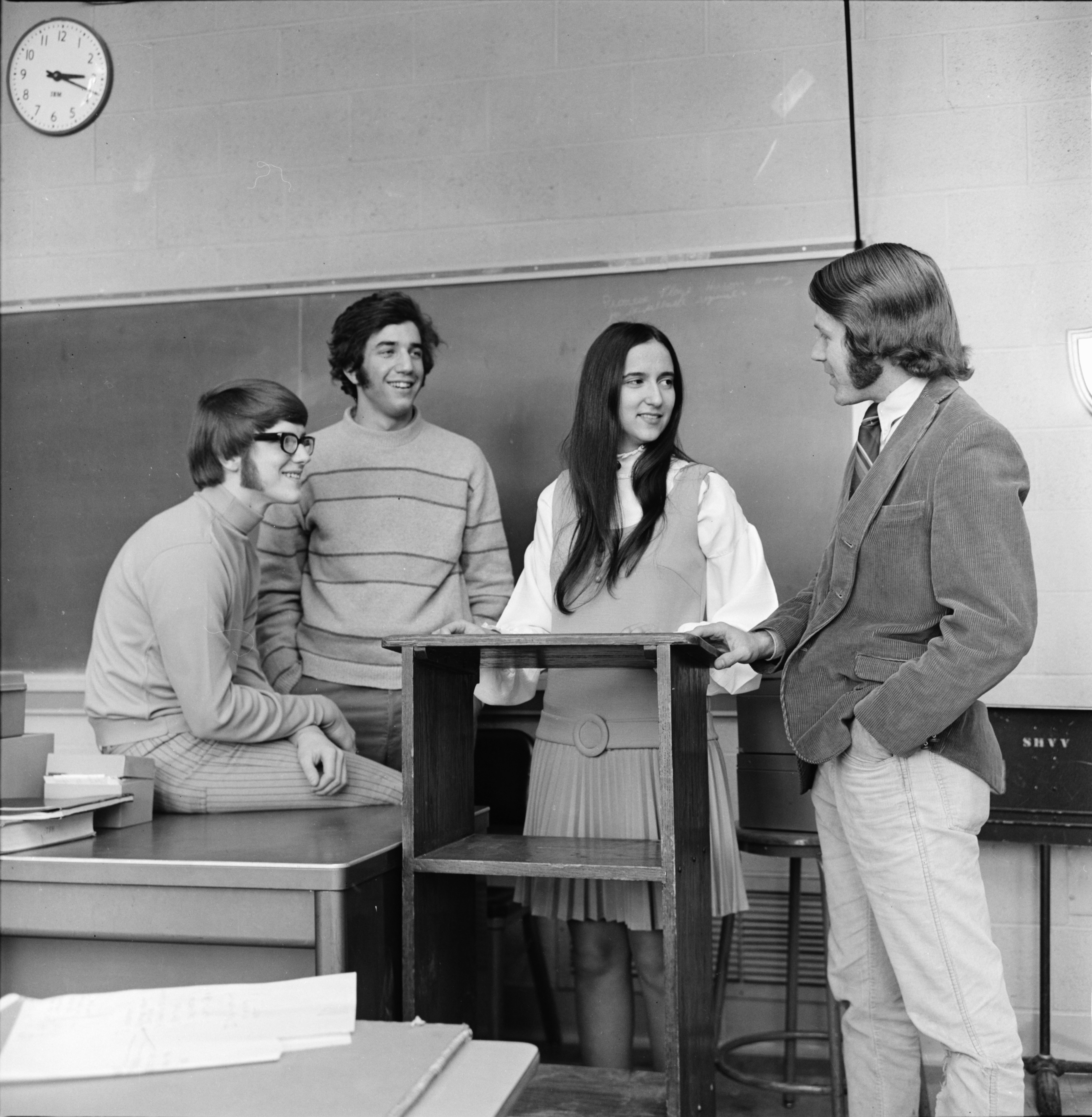 Published In
Ann Arbor News, March 1, 1970
Caption
Getting Ready Getting some pointer last week for yesterday's semi-final competition for the Class A state debate title were these three Pioneer High School students and their coach, Roger Connor. From left are students David Weston, Steve Miller and Paul Datske, and Connor. The Pioneer varsity debaters may be headed for the state finals.
Copyright
Copyright Protected 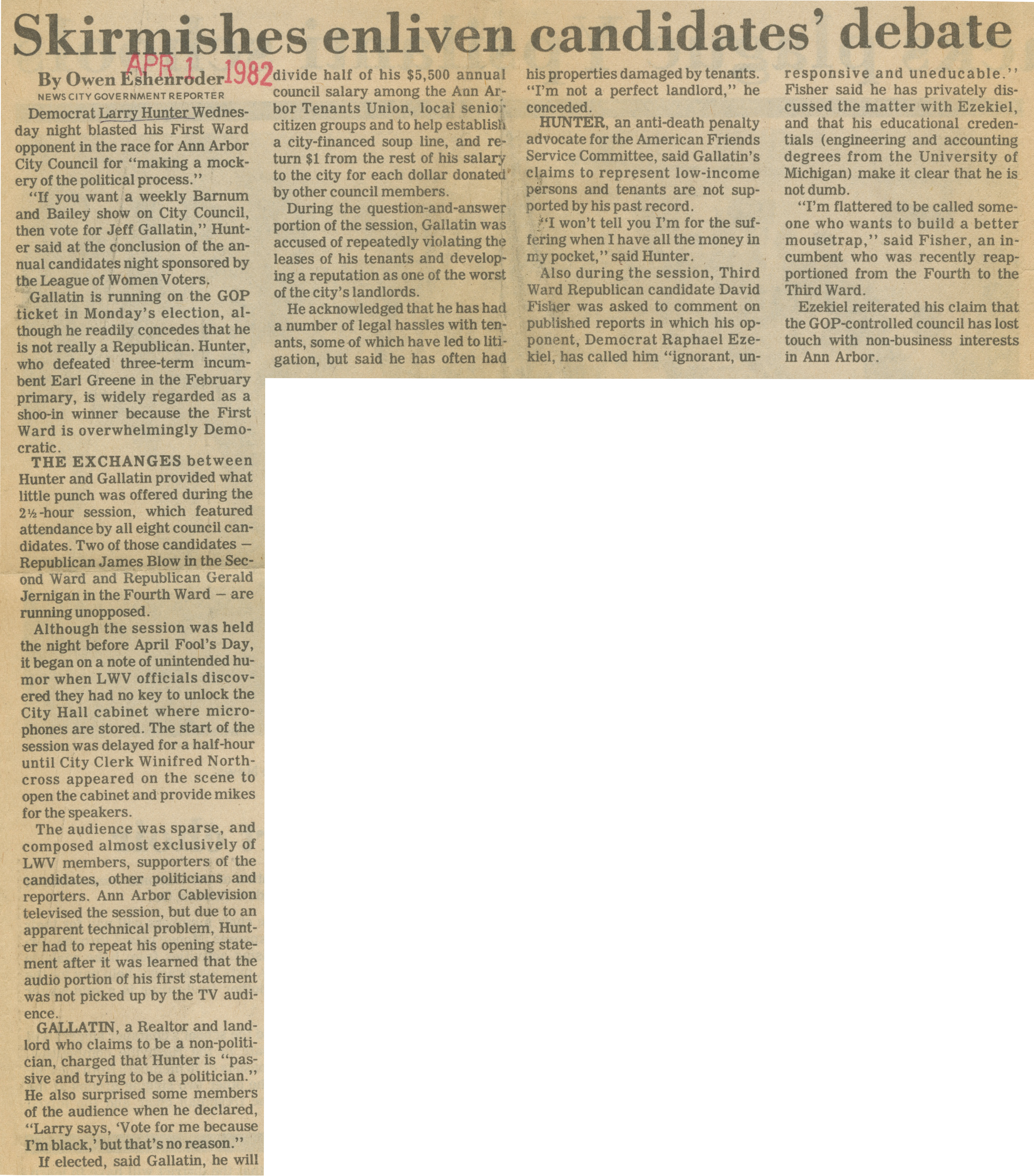 The Great Debate: Leary, Liddy slug it out here 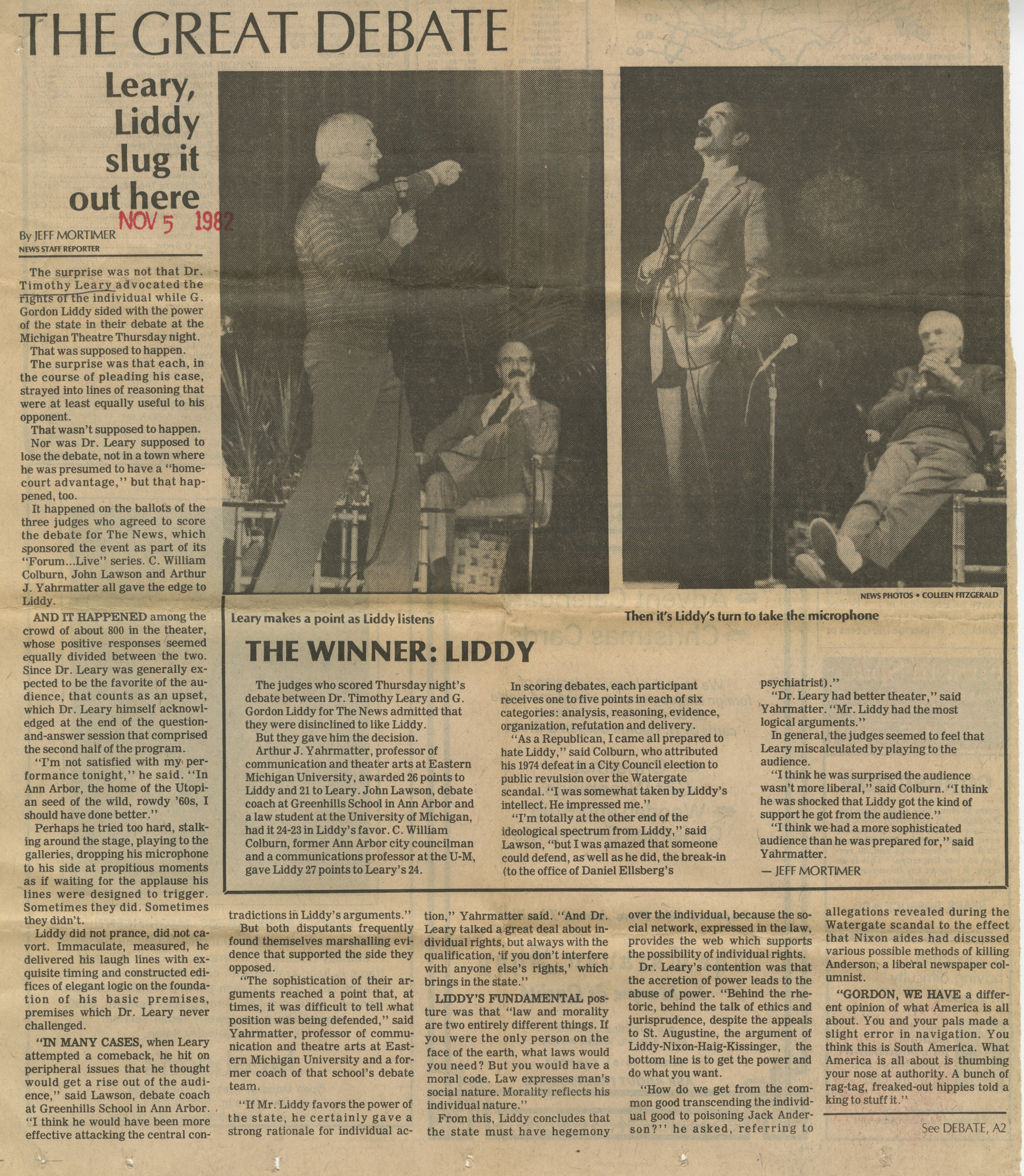 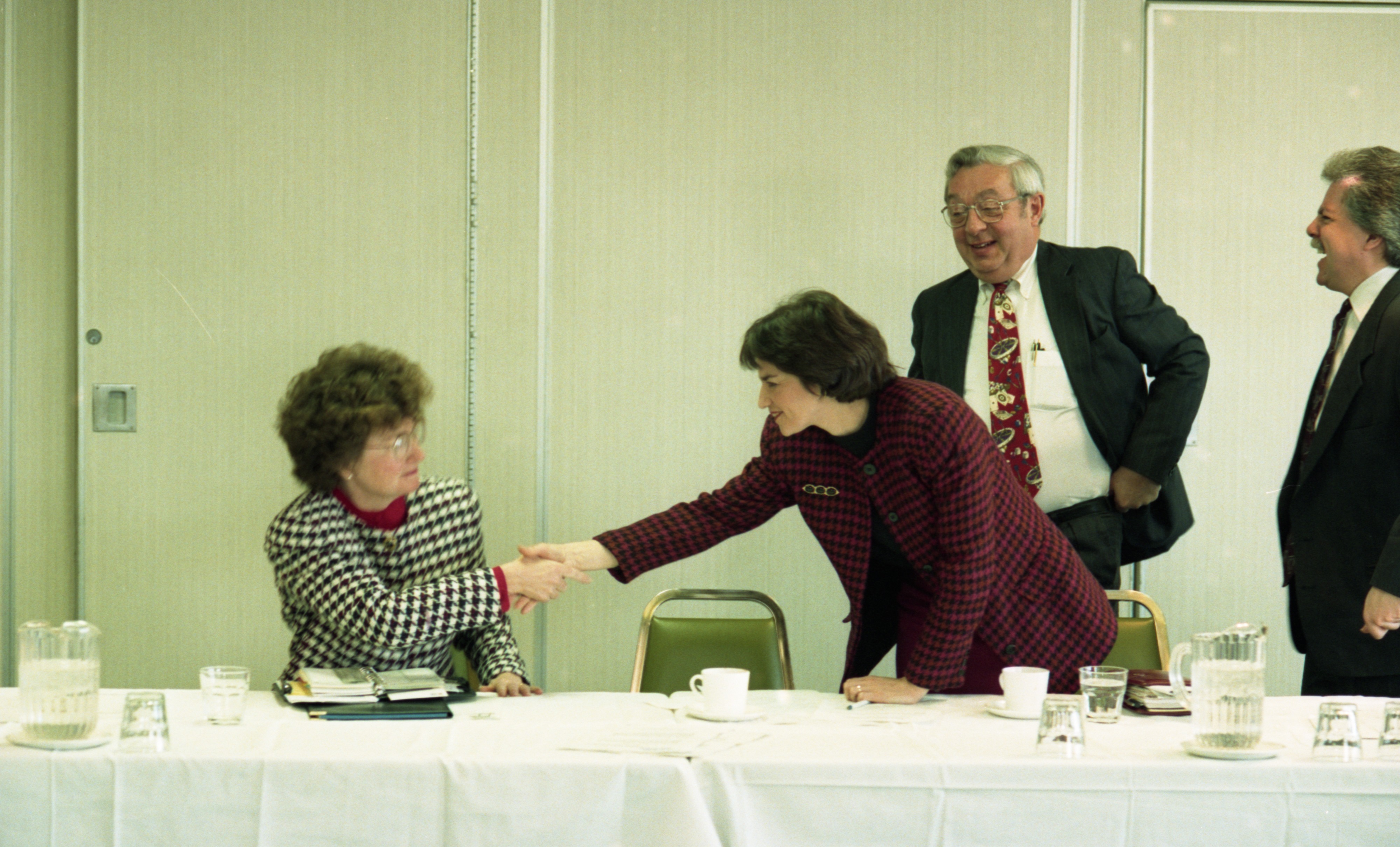