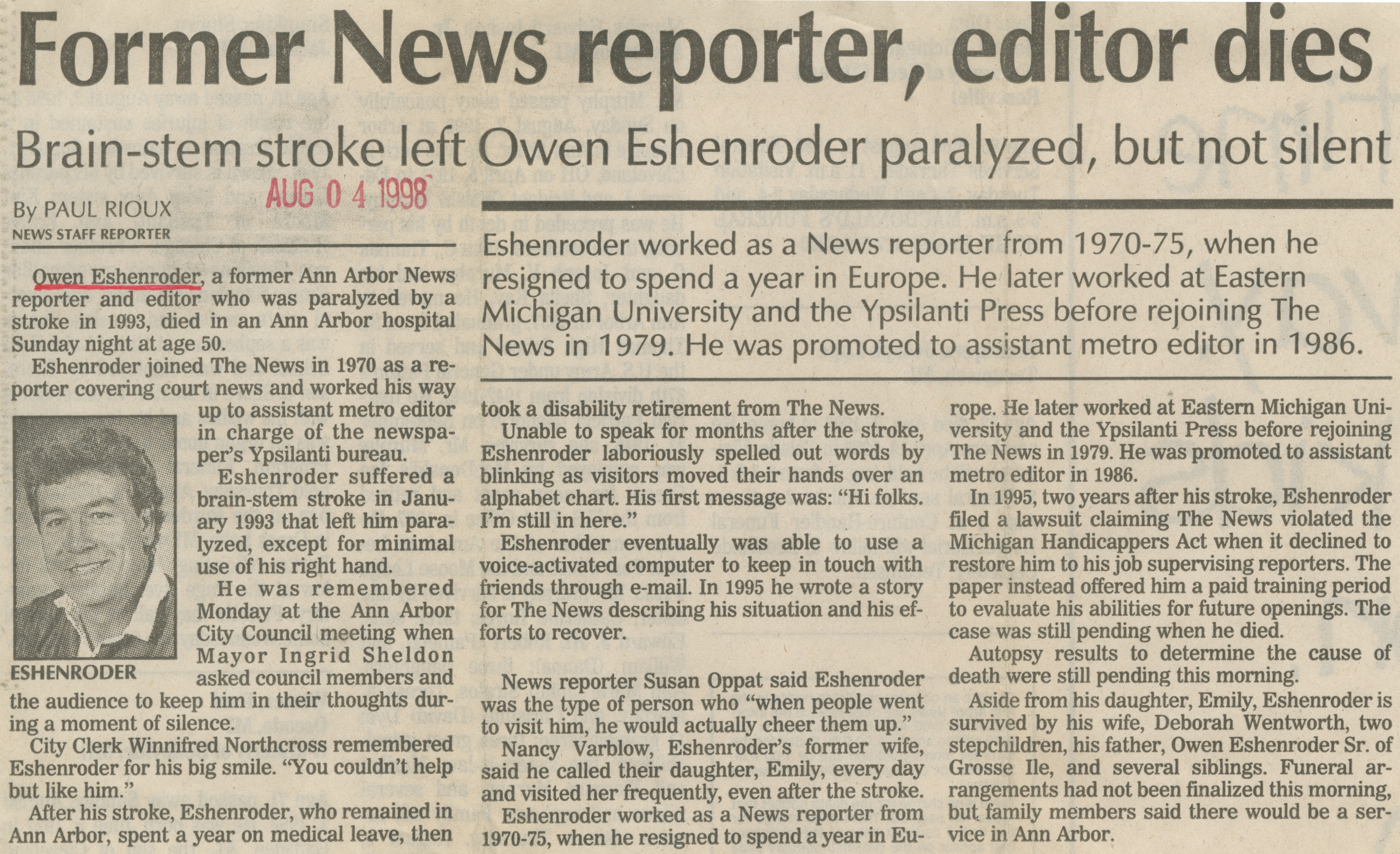 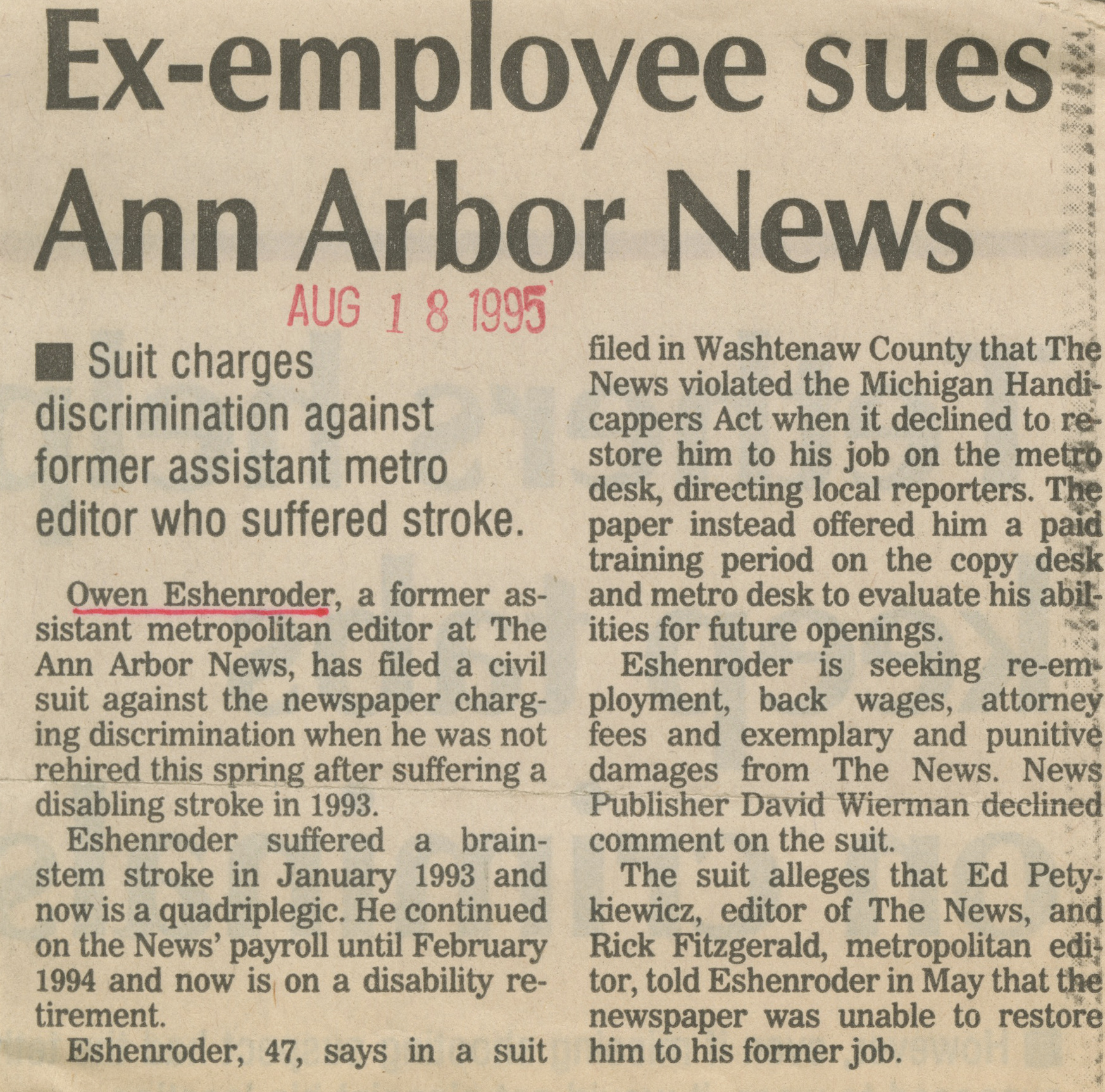 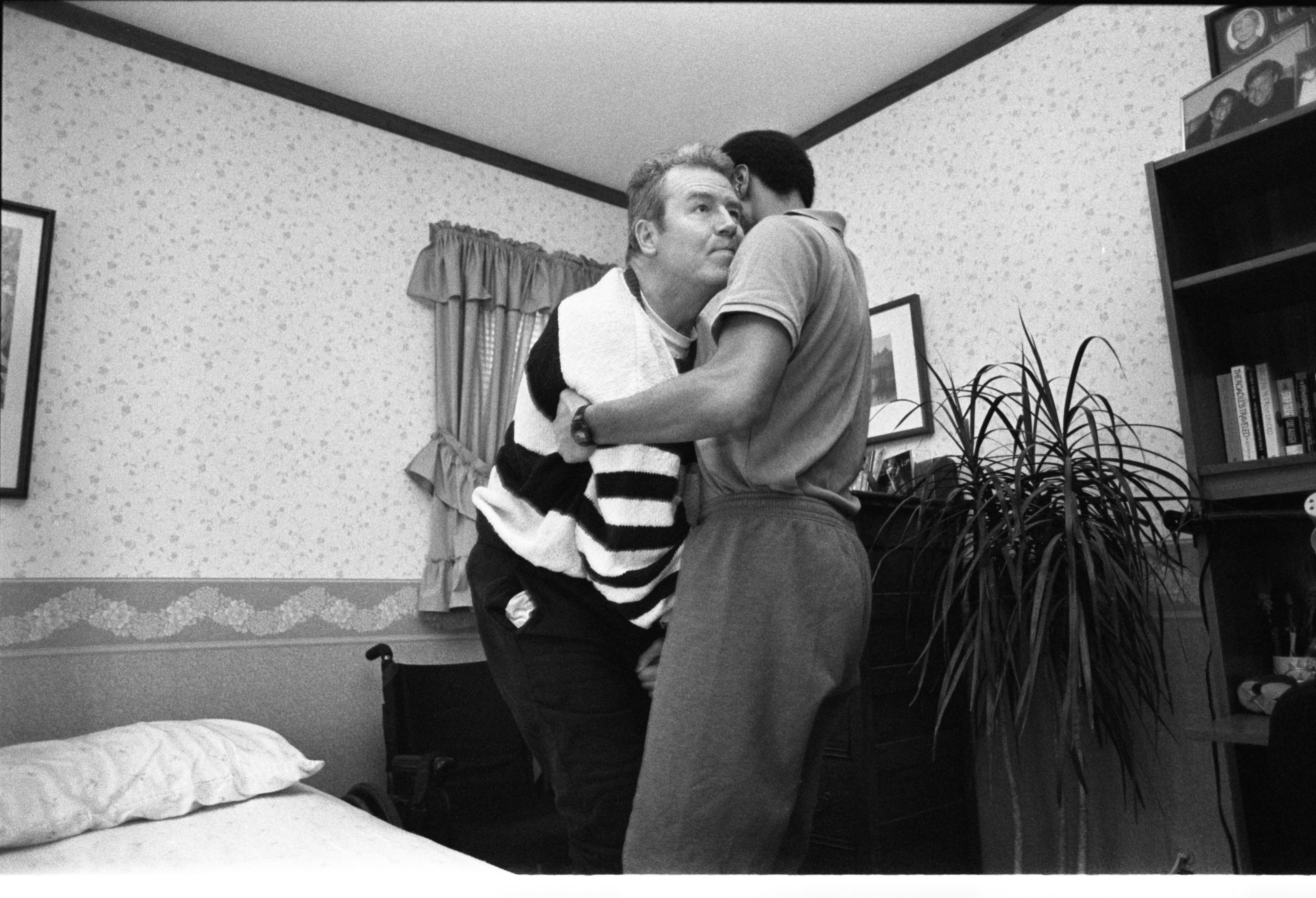 Published In
Ann Arbor News, January 29, 1995
Caption
Owen Eshenroder gets an assist from Marcus Francis, a personal care attendant who helps him during the day.
Copyright
Copyright Protected 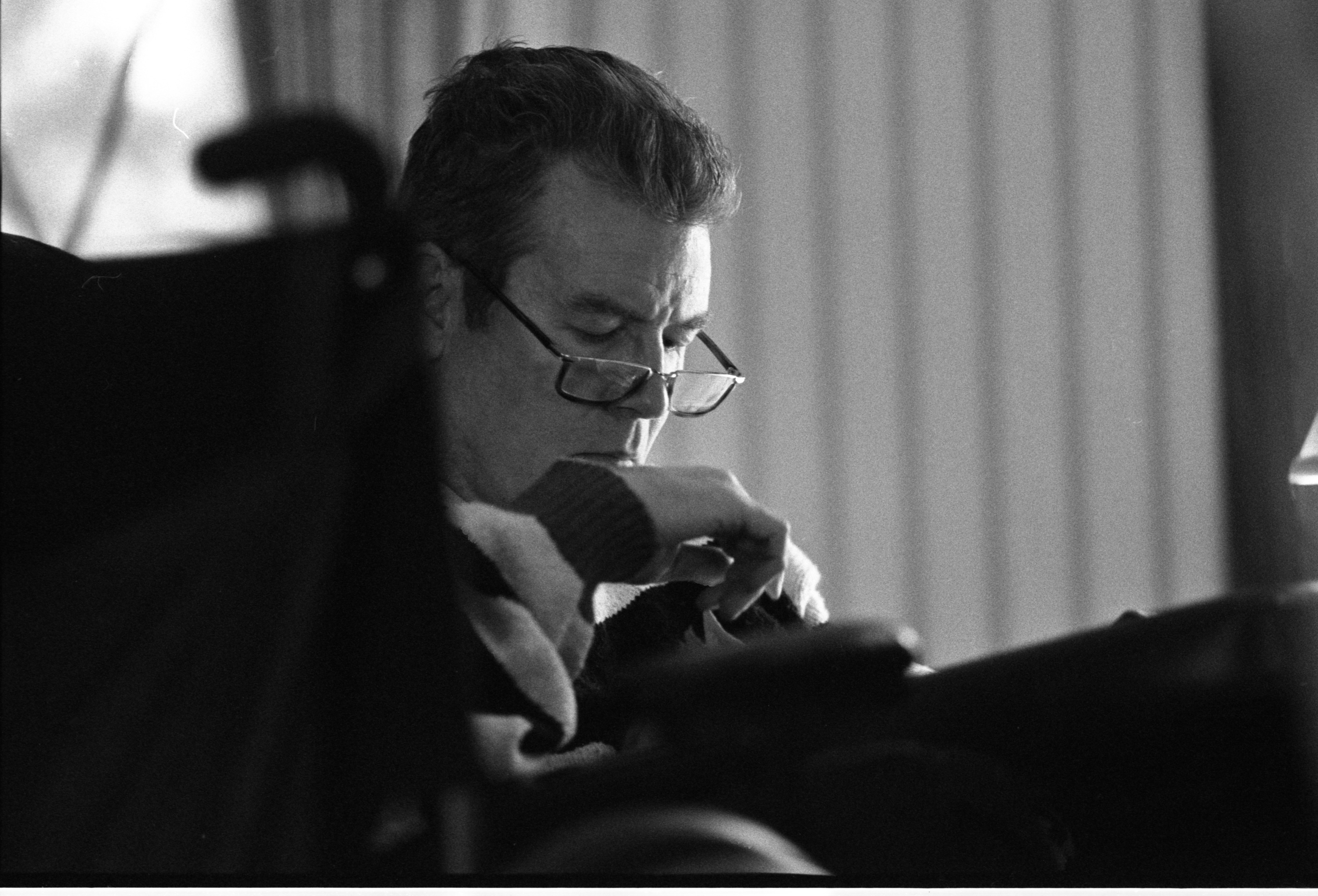 Published In
Ann Arbor News, January 29, 1995
Caption
Owen Eshenroder, 47, worked for the News nearly 19 years. He was a reporter covering the courts from 1970-75, when he resigned to spend a year traveling through Europe. He later worked in Eastern Michigan University's public information office and as a reporter at the Ypsilanti Press. He returned to The News in 1979 and spend four years covering Ann Arbor City Hall and local politics. In 1986 he was promoted to the position of assistant metro editor, and supervised reporters on a number of beats. During his career, he won several awards from state newspaper organizations for both writing and overseeing the publication of special sections. He was serving as Ypsilanti bureau chief at the time he suffered a severe stroke two years ago and is not on disability retirement. Last June, he was wed to Deborah Wentworth, a graphic artist at EMU, and they reside in Ann Arbor. He has a 16-year-old daughter, Emily, from a previous marriage, and two stepchildren, Nate and Julie Epton.
Copyright
Copyright Protected 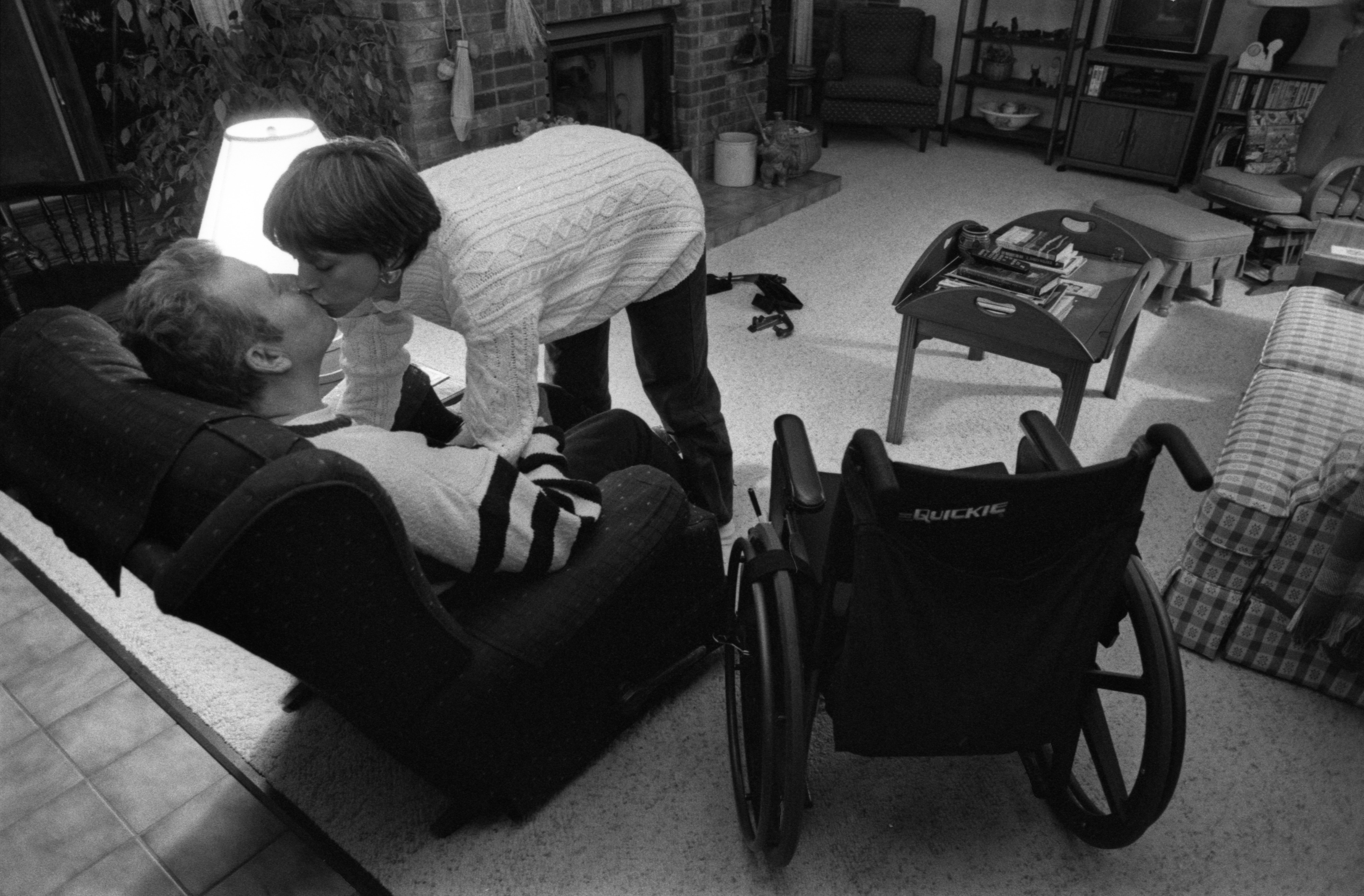 Published In
Ann Arbor News, January 29, 1995
Caption
Eshenroder gets a kiss from wife, Deb Wentworth, after she transfers him from a wheelchair to a recliner in the living room.
Copyright
Copyright Protected 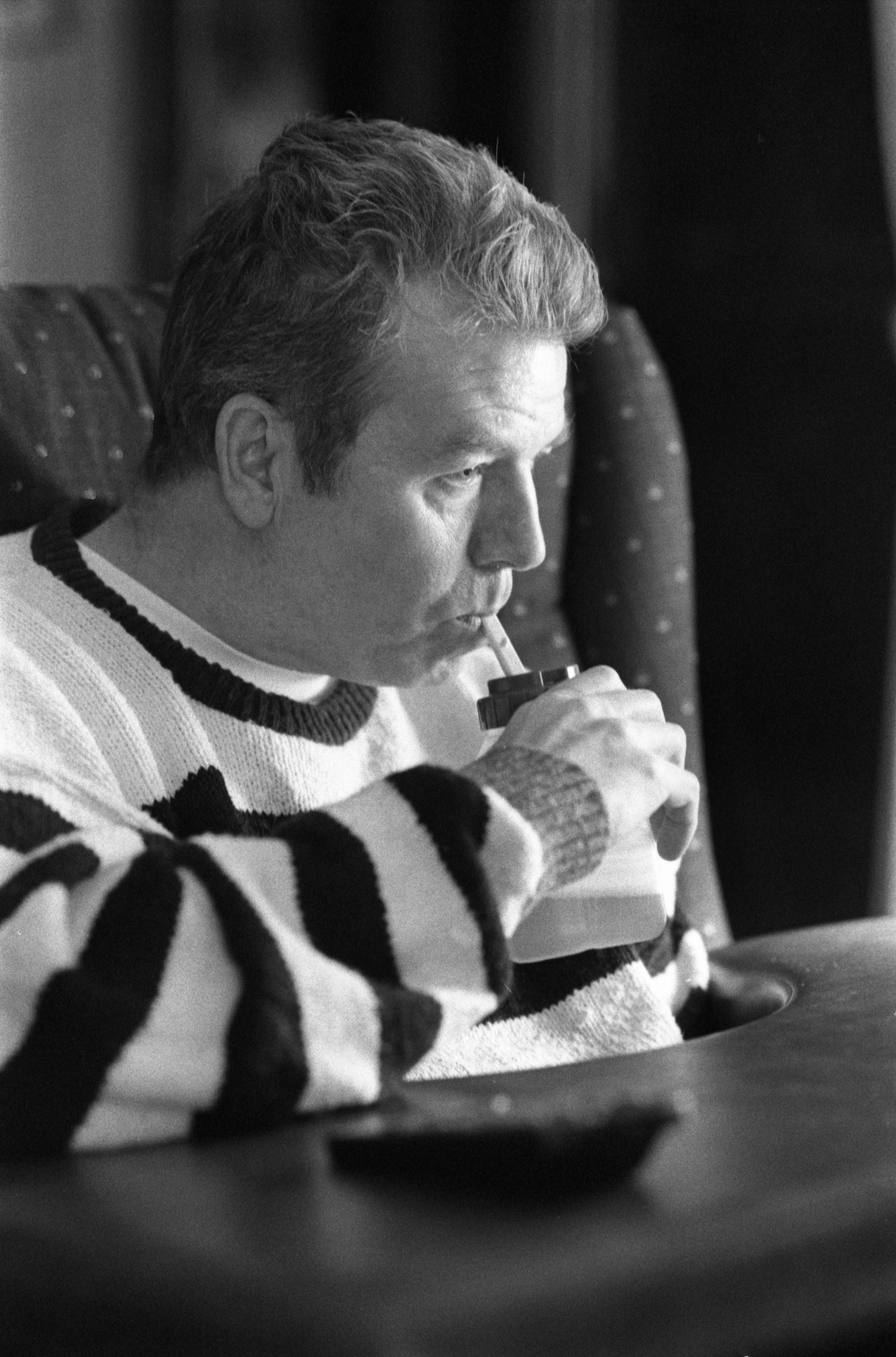 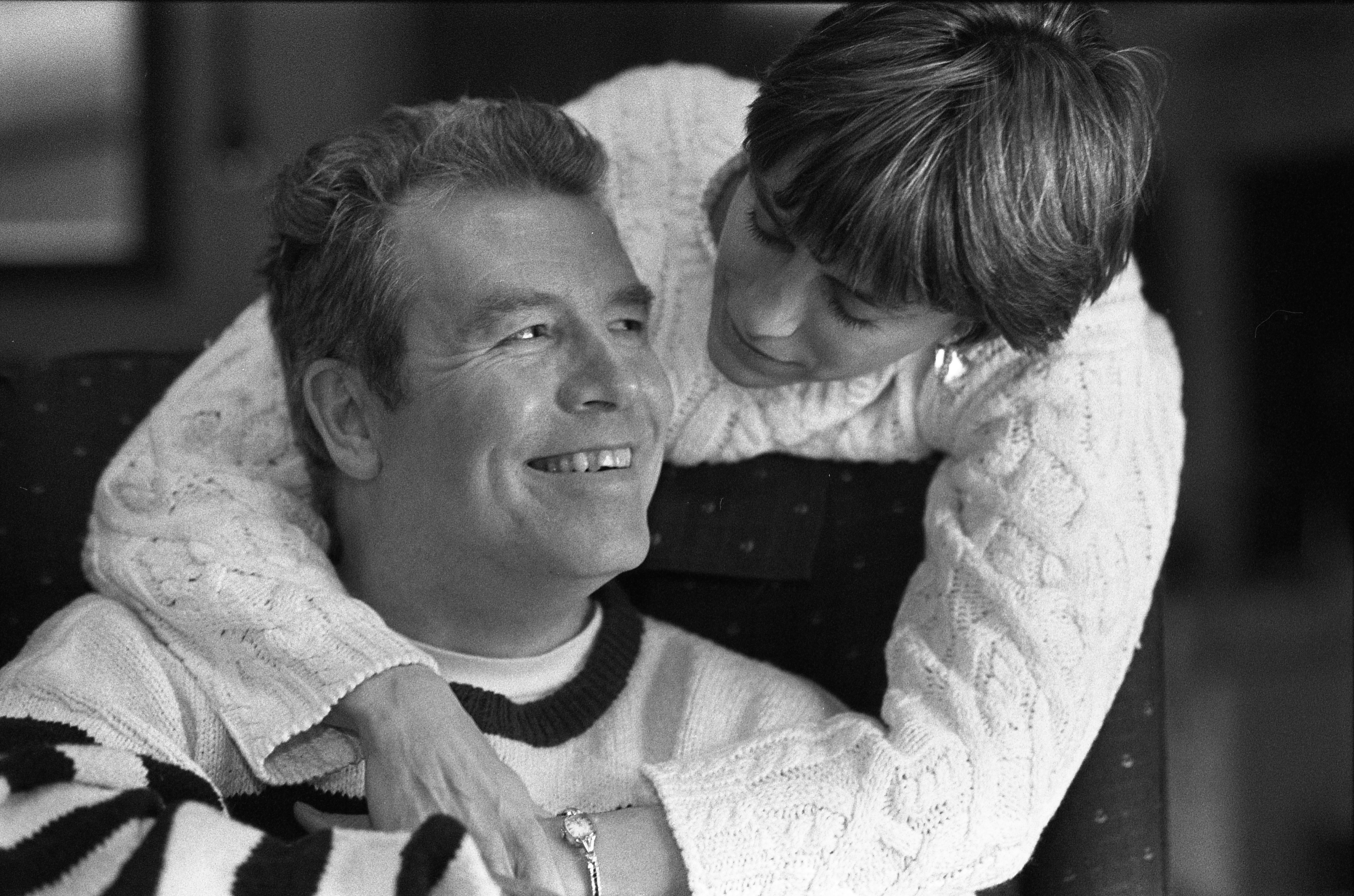 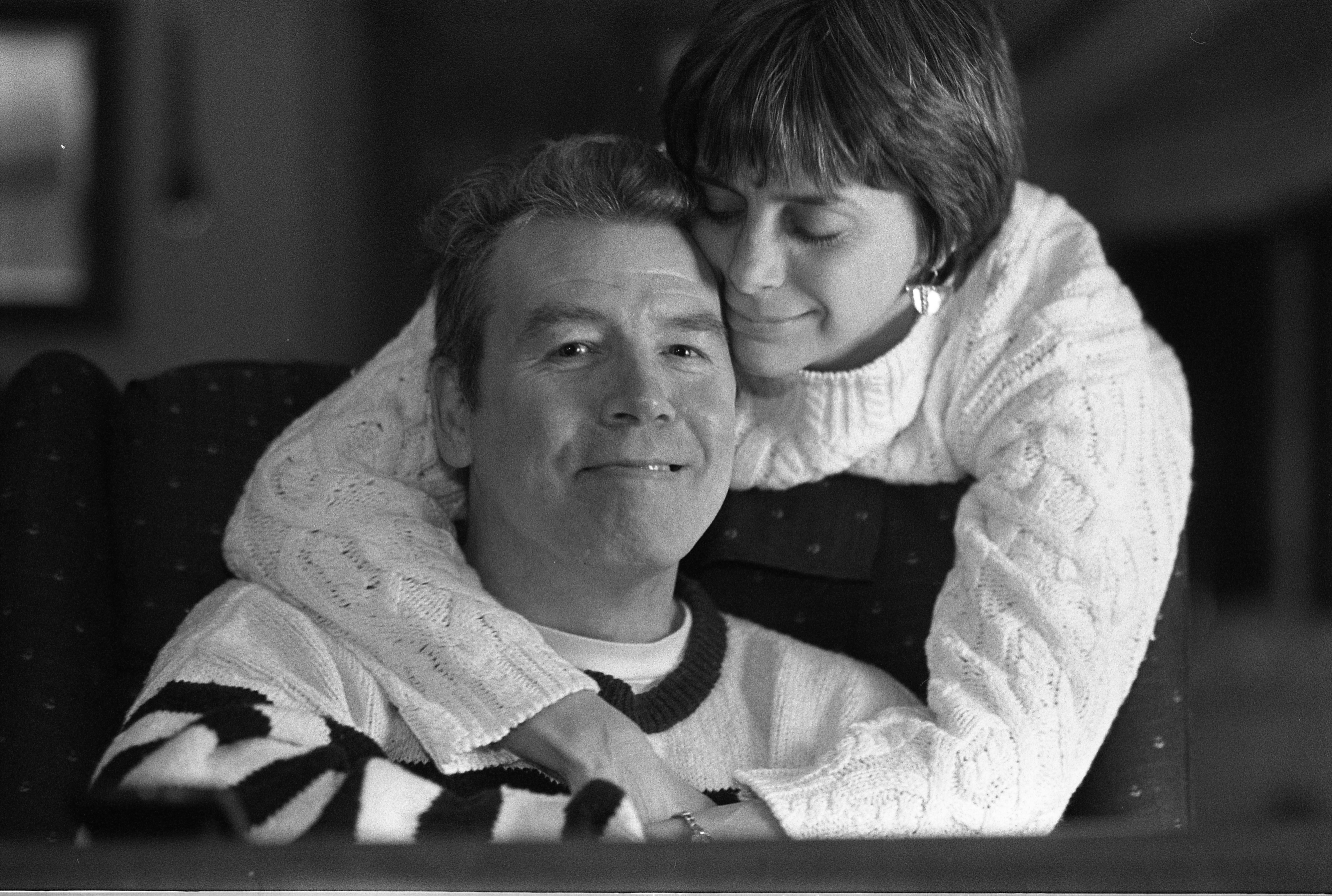 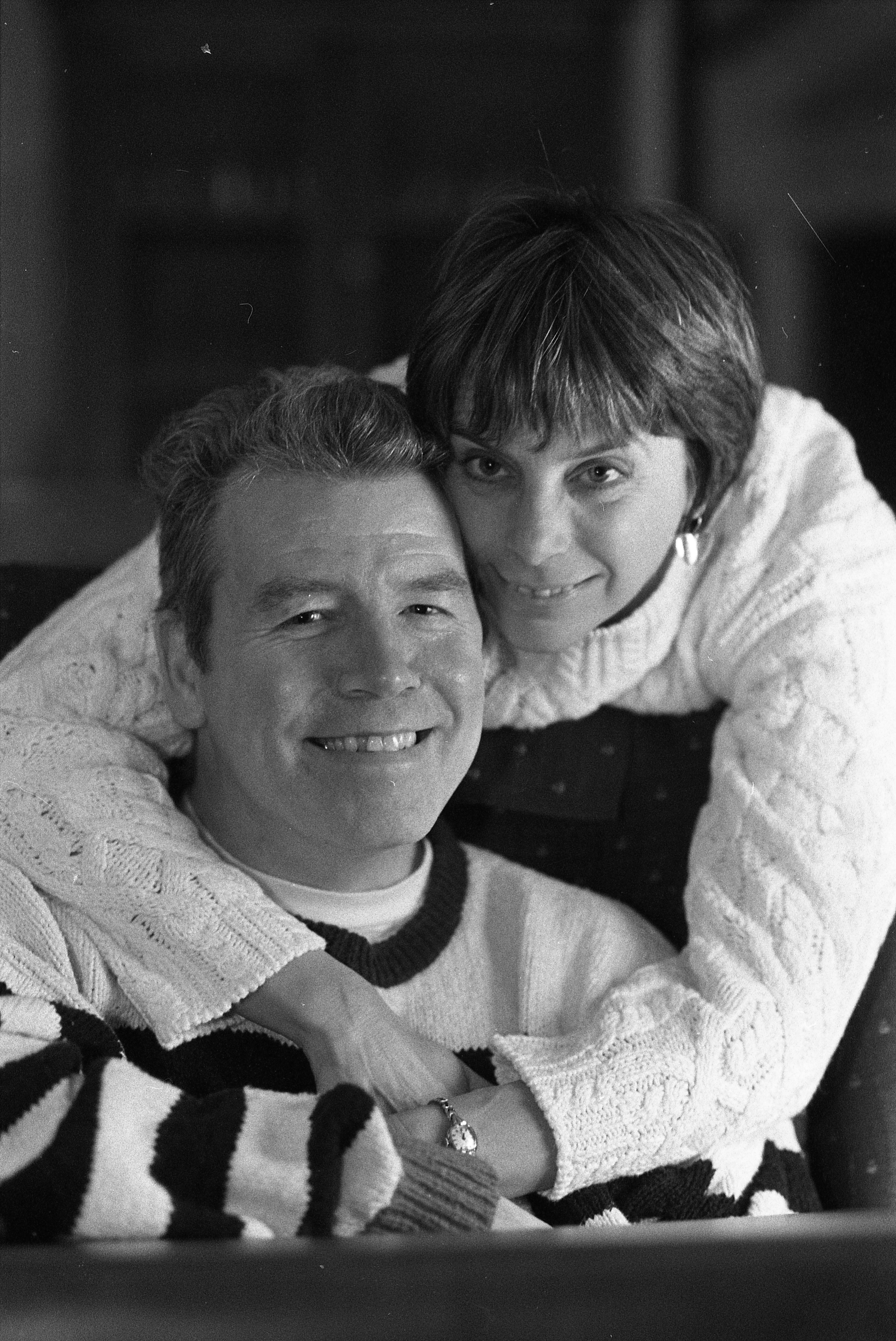 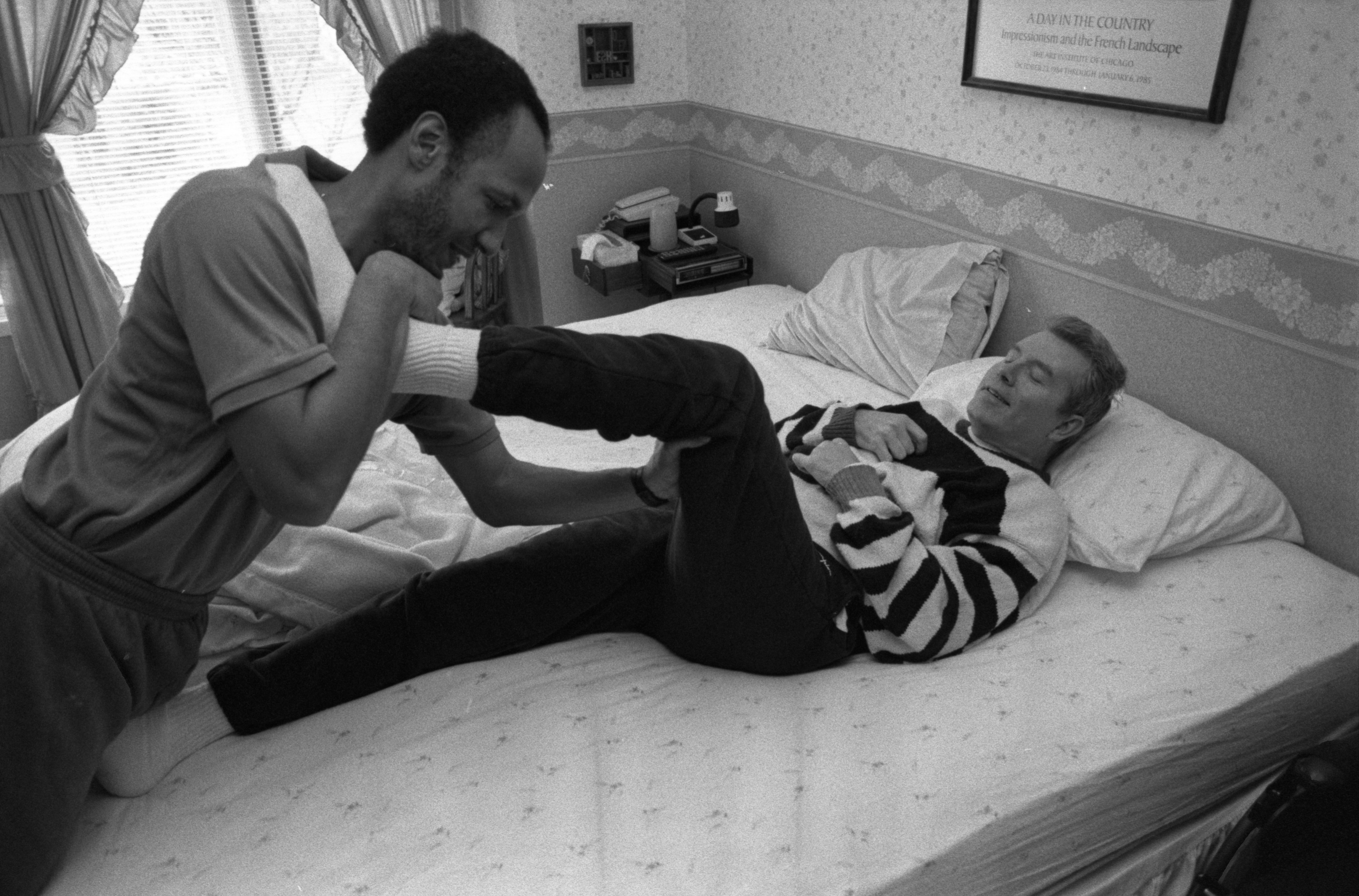