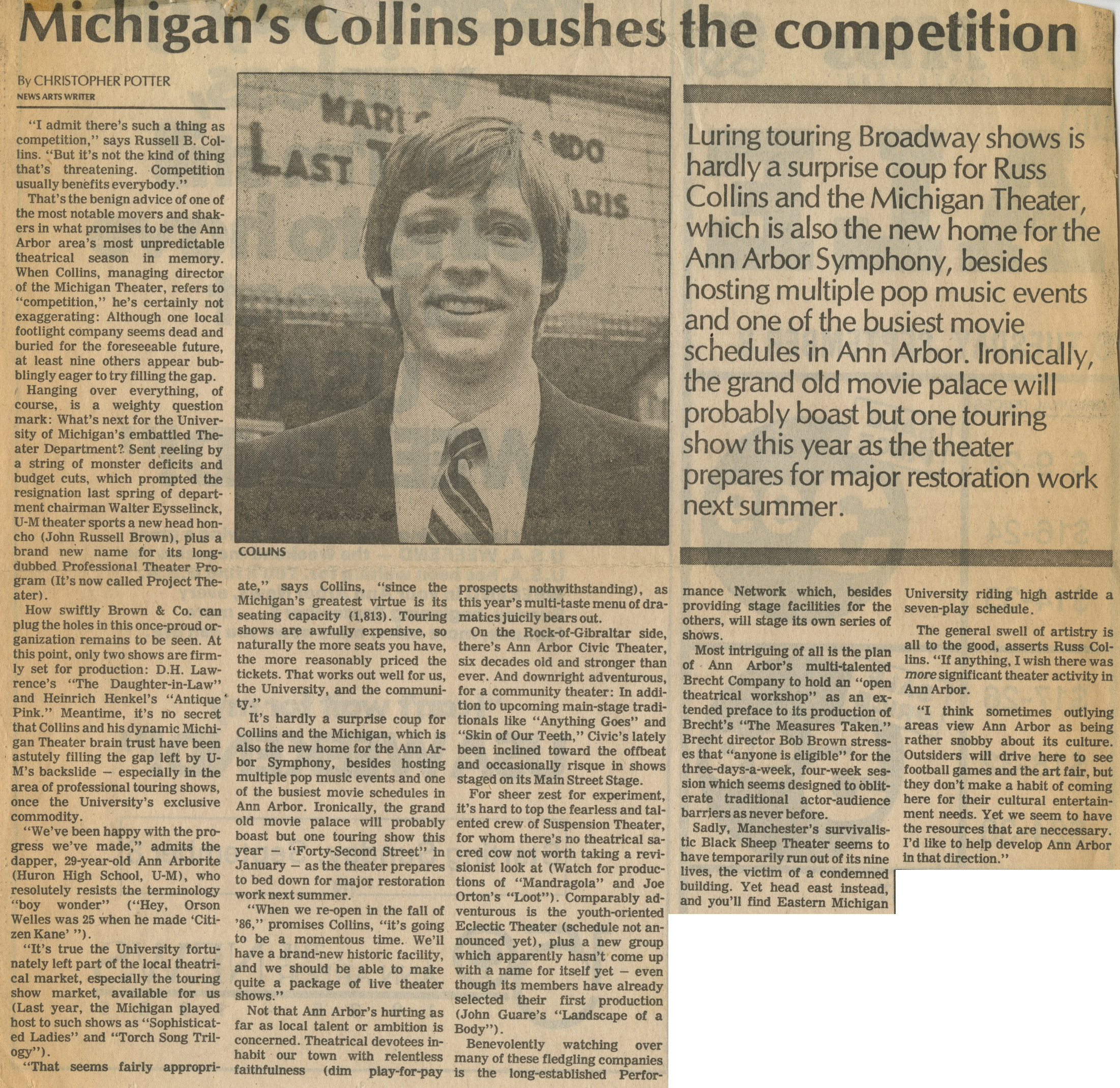 Theater got better and better in '89 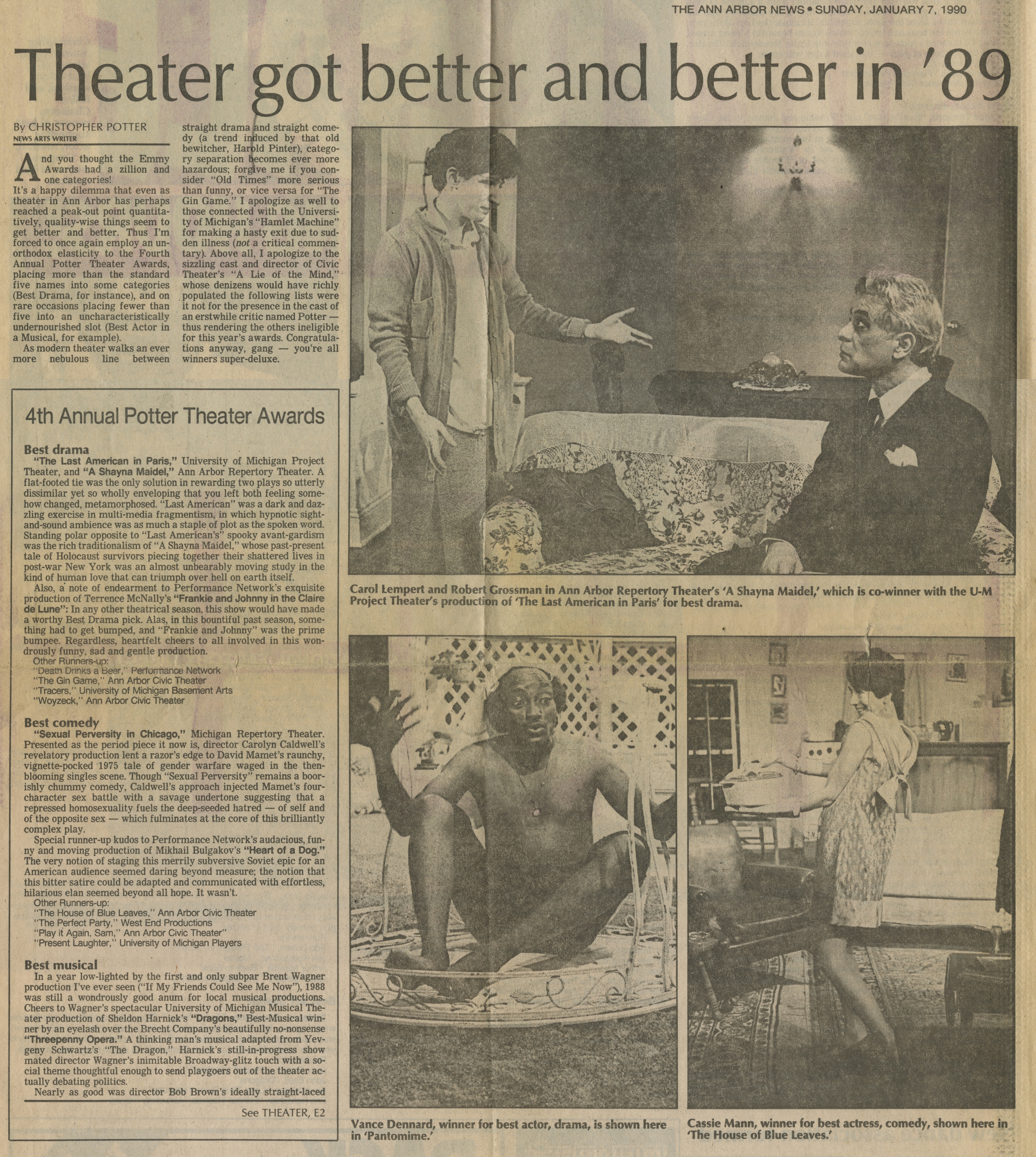 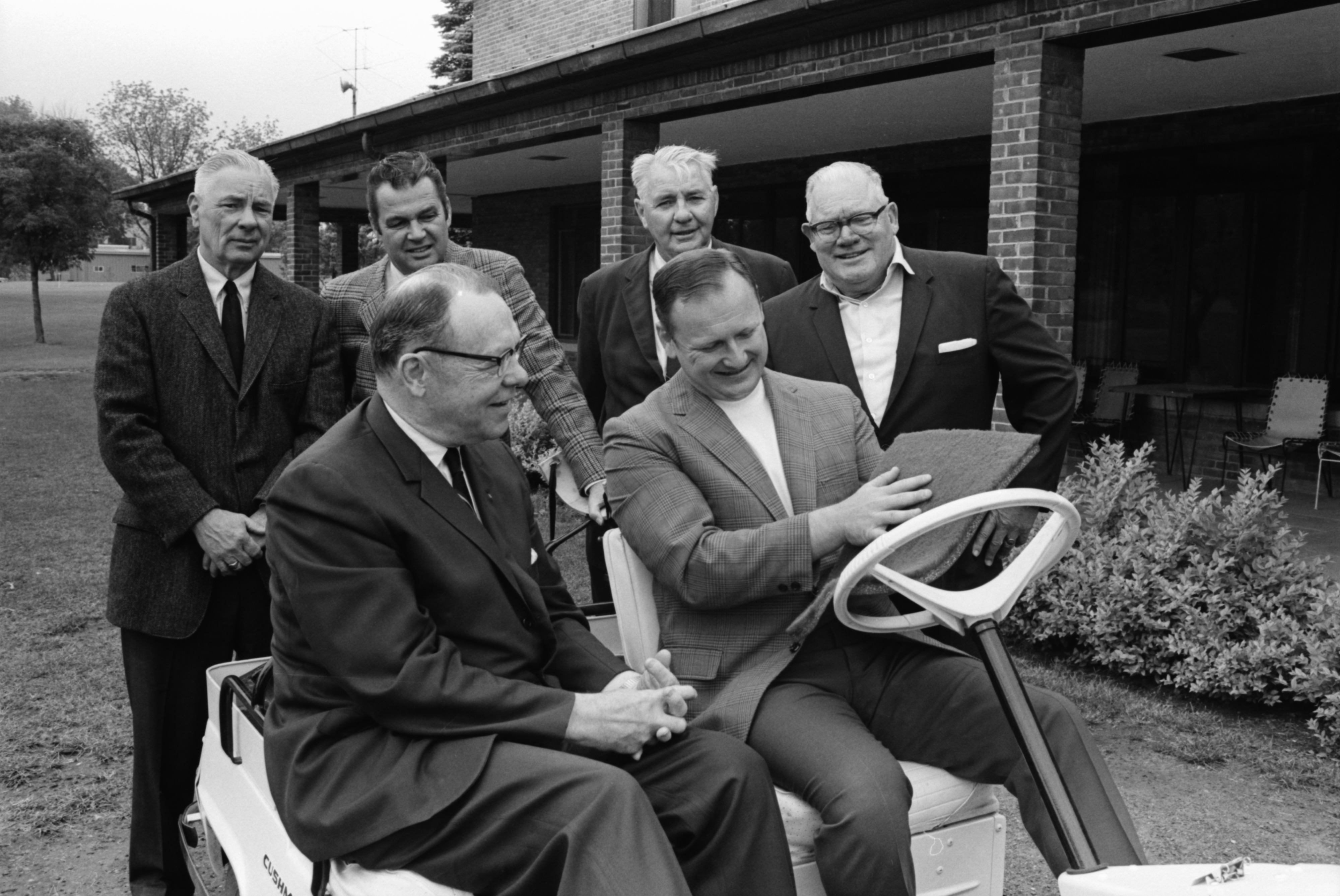 Published In
Ann Arbor News, June 8, 1969
Caption
"The new artificial turf which will be installed in Michigan Stadium gets a close inspection from a group at the annual M club outing. Bob Brown, a member of the Board of Regents, take a look at the turf displayed by Football Coach Bo Schmebechler while standing (left to right) are Sid Dewey, a former football player, Athetic Director Don Canham, Bennie Osterbaan, athletic public relations and Wally Weber, a former coach and instructor in physical education. Retired publicist Les Etter and retired trainer Jim Hunt, who was made an honorary member of the M Club, were especially honored during the outing at the Michigan Golf Course."
Copyright
Copyright Protected 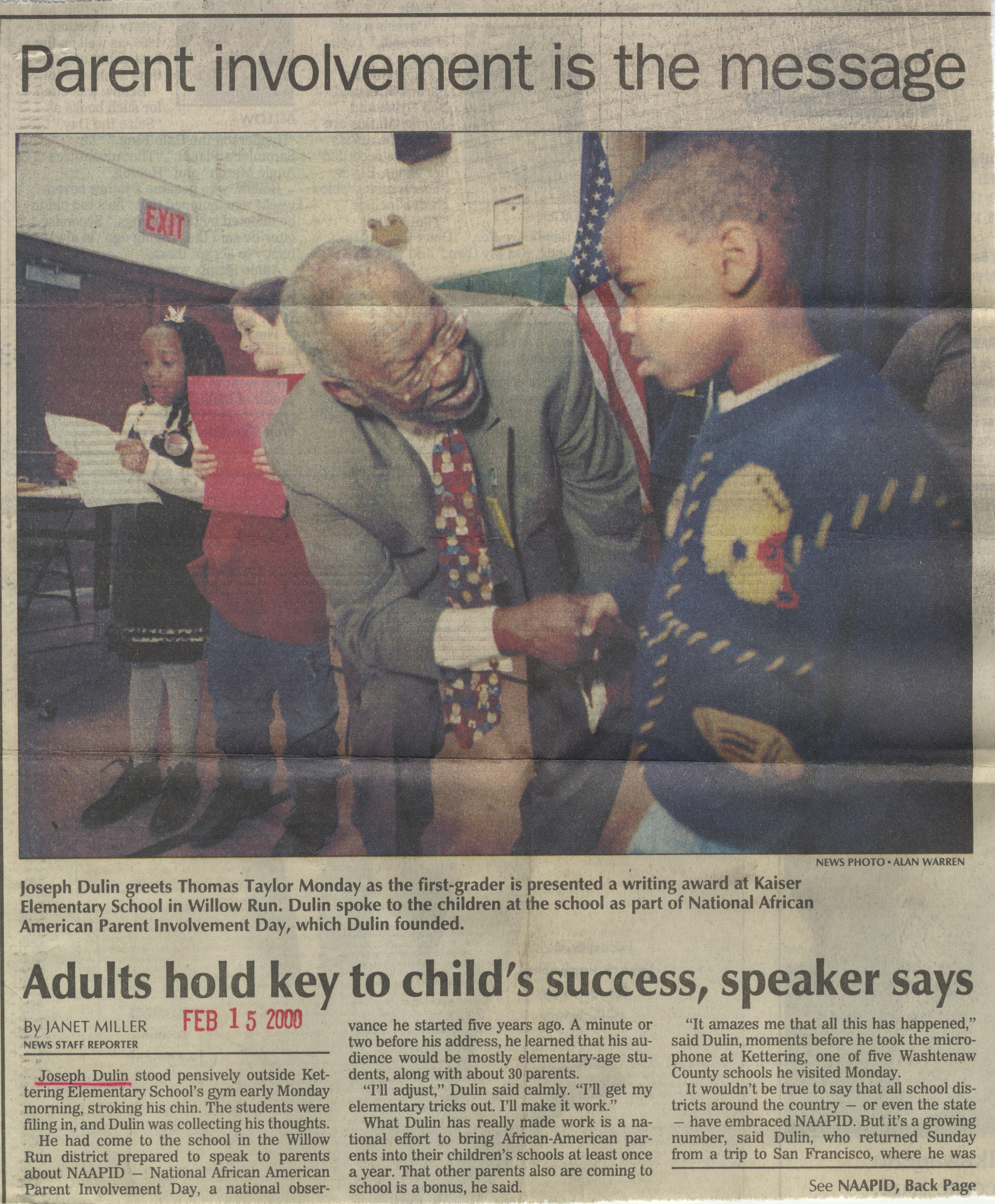 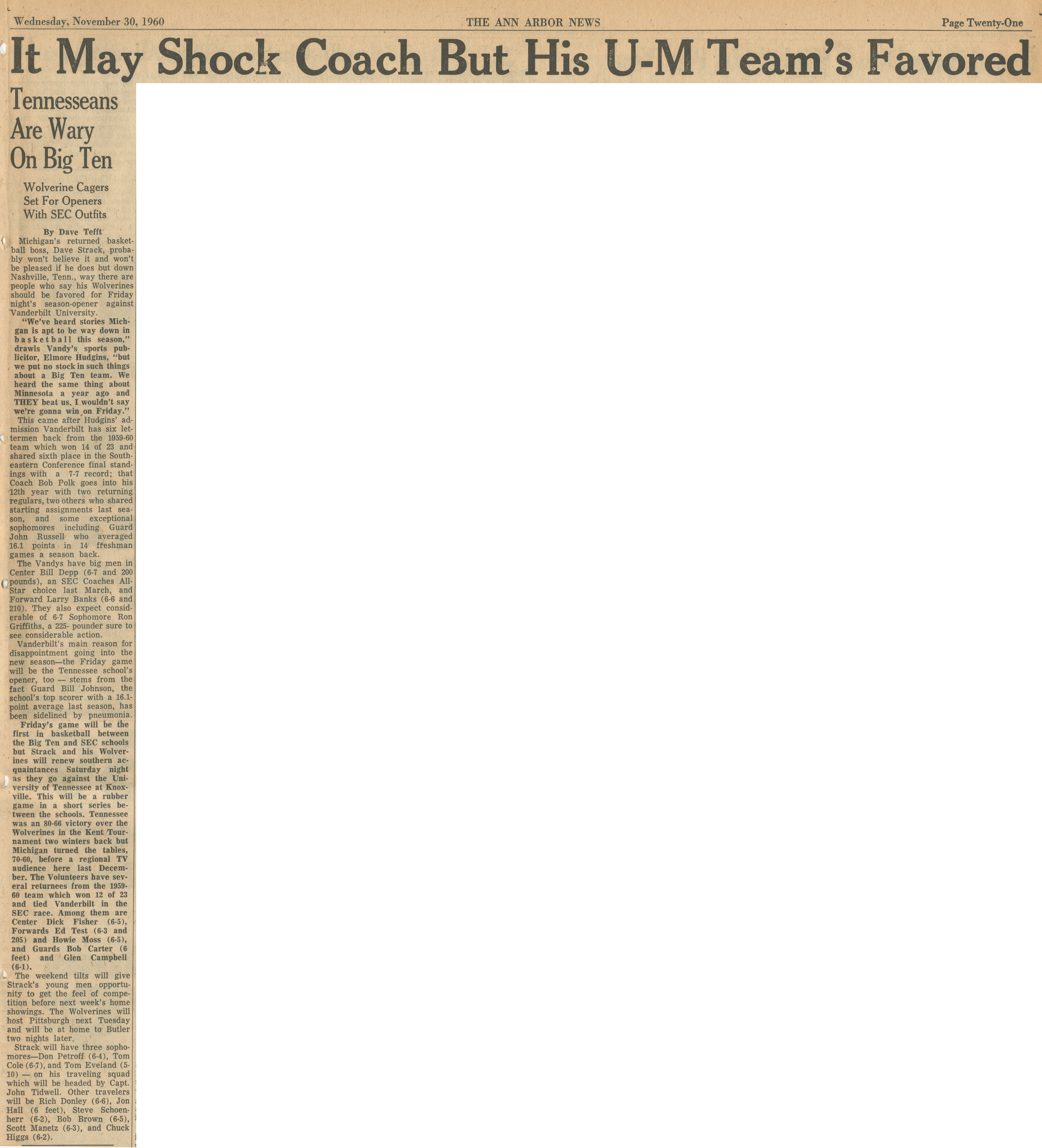 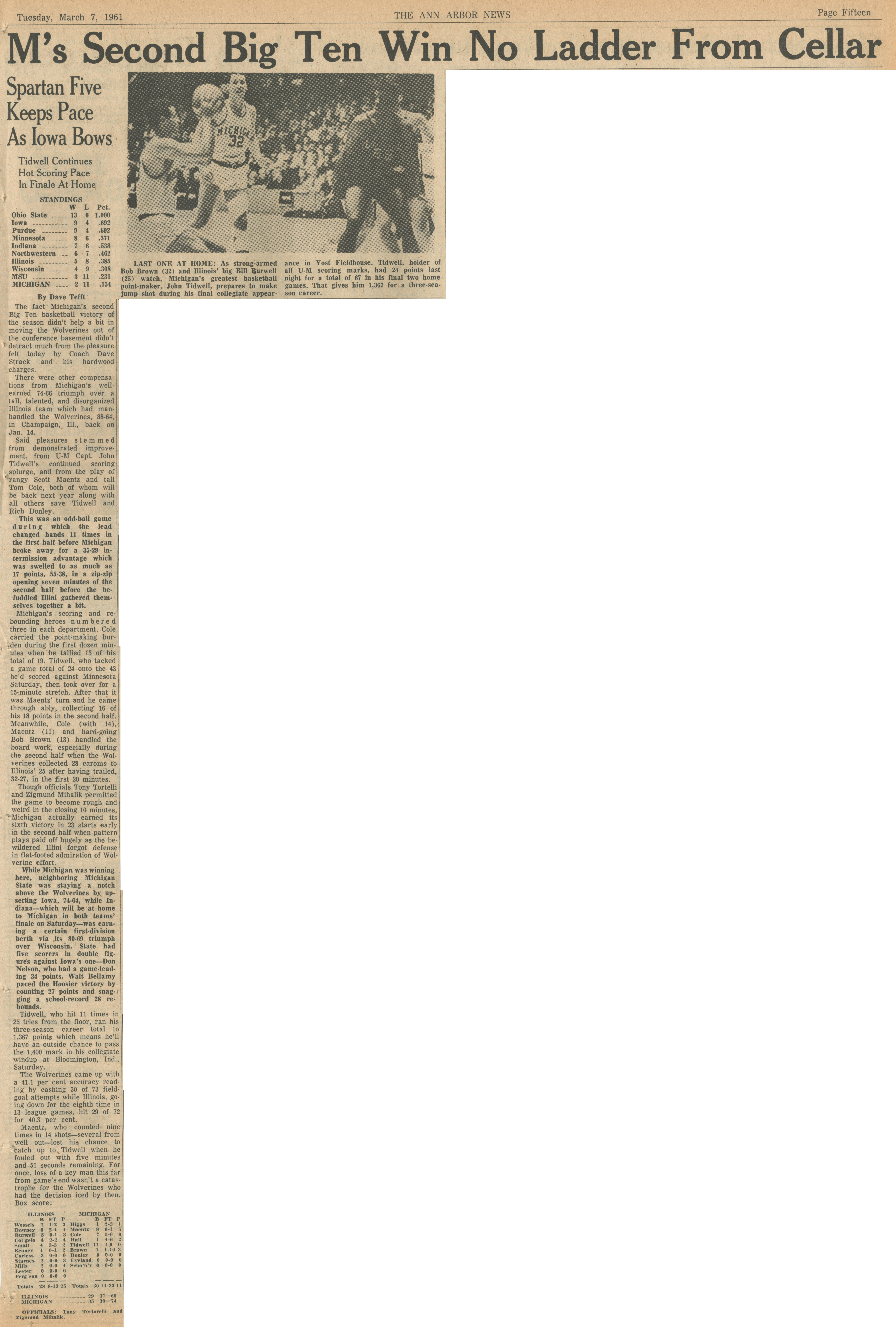 Wolverines Happy Despite Defeat In A Wild Finale