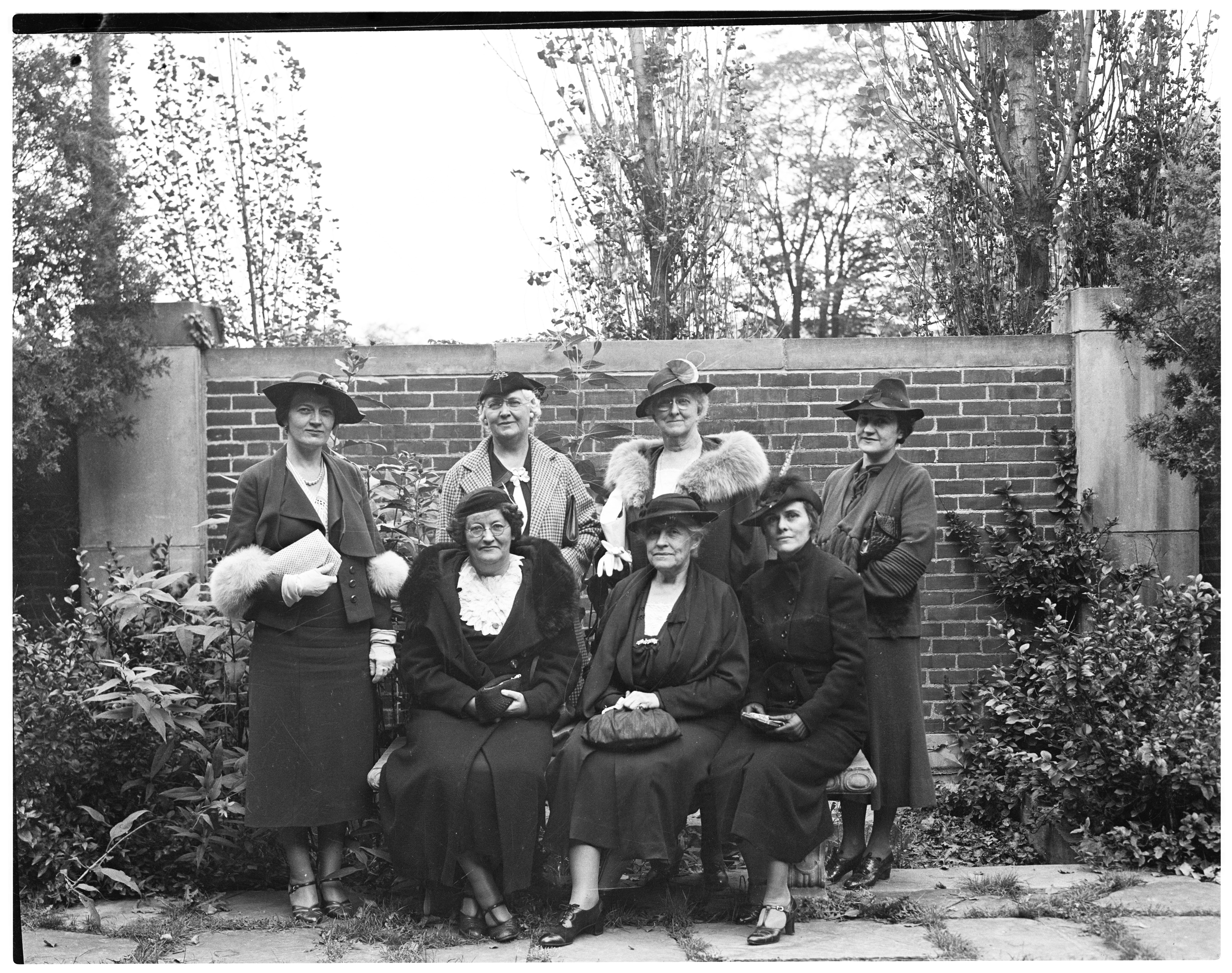 Published In
Ann Arbor News, September 29, 1936
Caption
Attend Diocesan Meeting Here: A group of women of the Episcopal Woman's auxiliary of the diocese of Michigan, which met here yesterday, visited the garden of the Michigan League after the meeting, and is shown above. Standing from left to right, are Miss Hazel MacNair of Shanghai, who was the speaker; Mrs. F. W. Telford of Royal Oak, one of the treasurers; Mrs. Walter C. Chaffee of Virginia Park, Detroit, president of the diocesan group of the auxiliary; and Mrs. Paul R. Kempf of Granger Ave., president of the League of St. Andrew's. The group seated, reading from left to right, includes Miss Elizabeth Smith and Mrs. B. R. Platt, both of Detroit, who are members of the board, and Mrs. George W. Willard, jr., of Brooklyn Ave., president of St. Andrew's auxiliary guild.
Copyright
Copyright Protected

Easter Ball Will Be Society Highlight Of Next Week 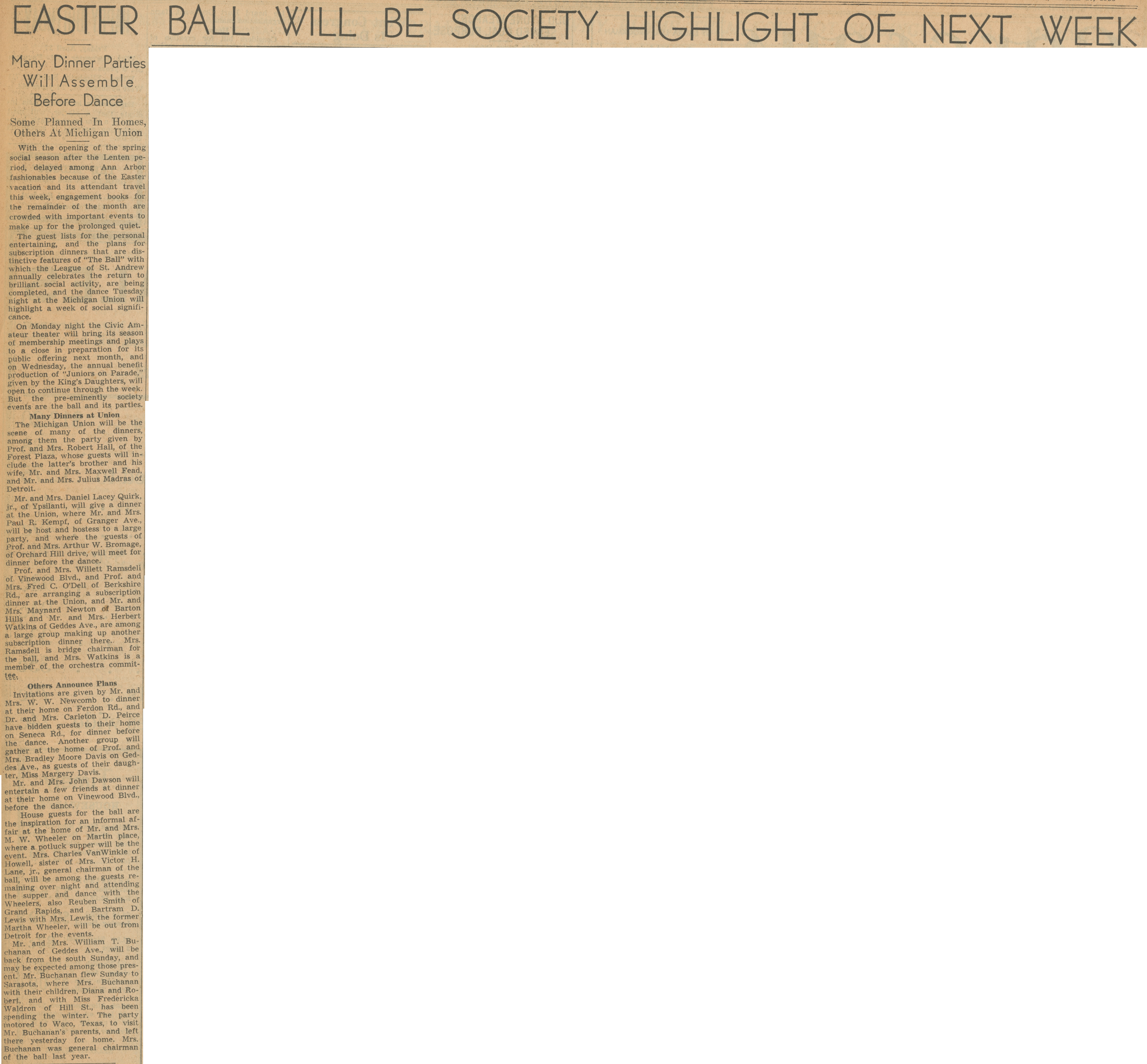 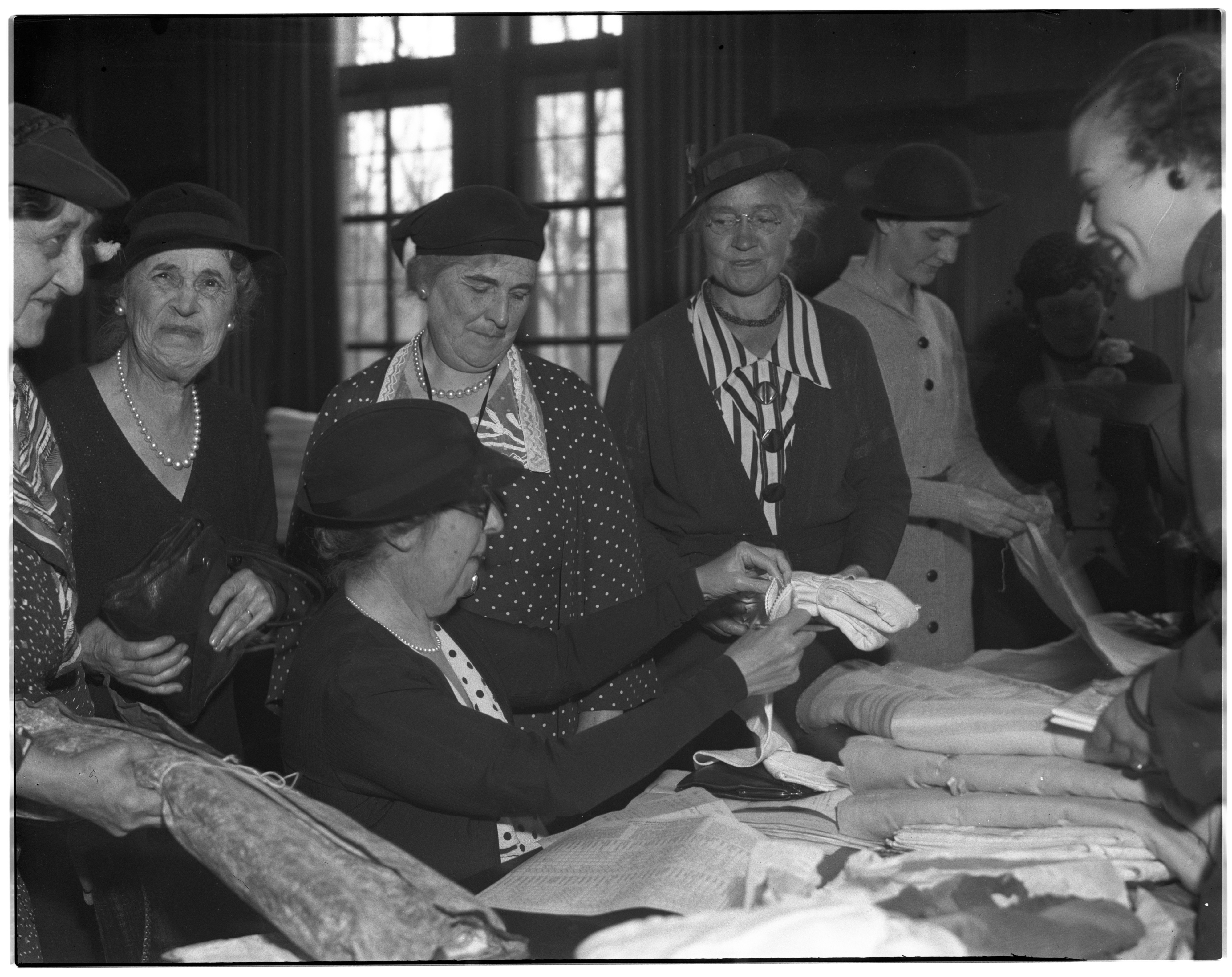