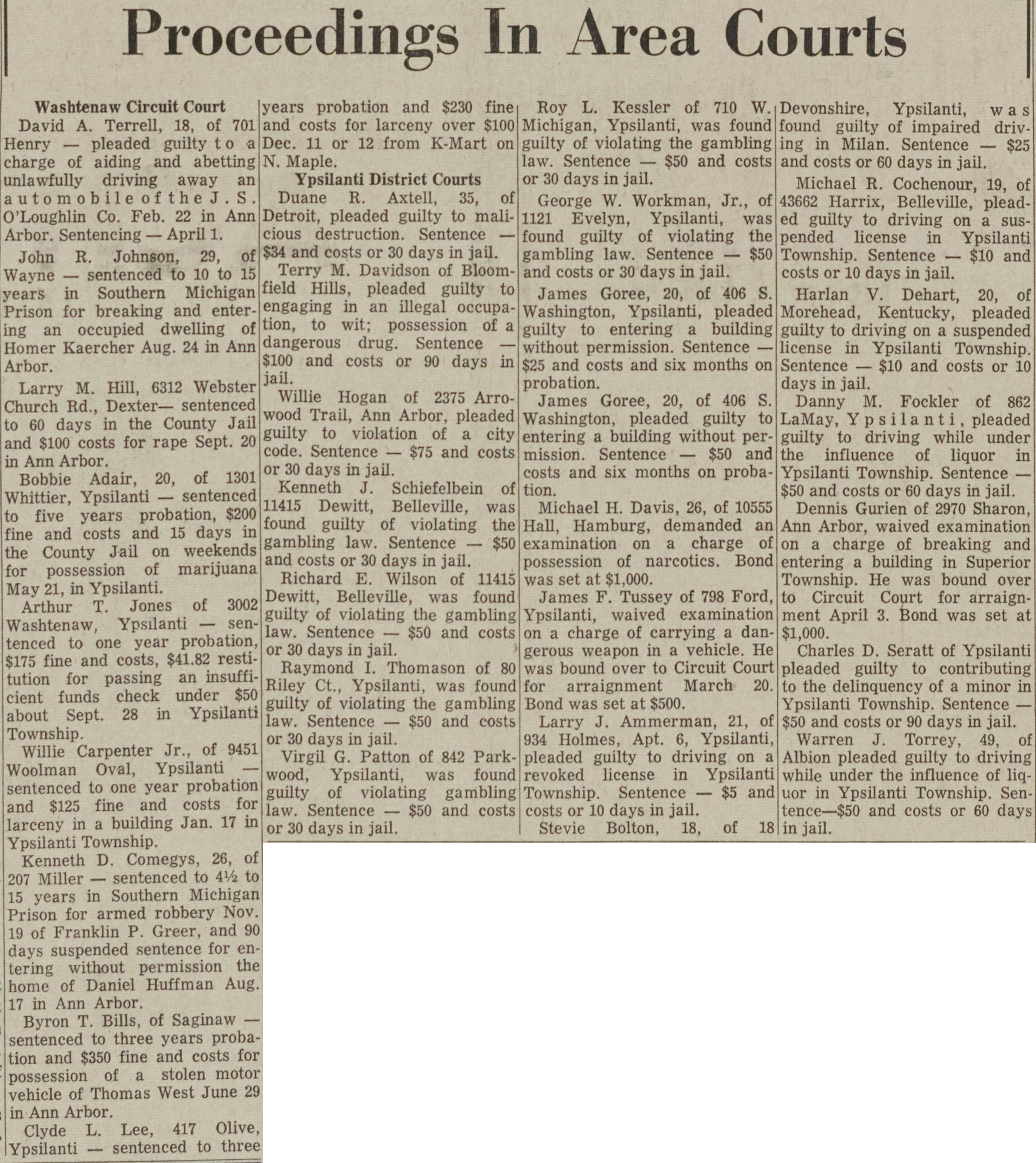 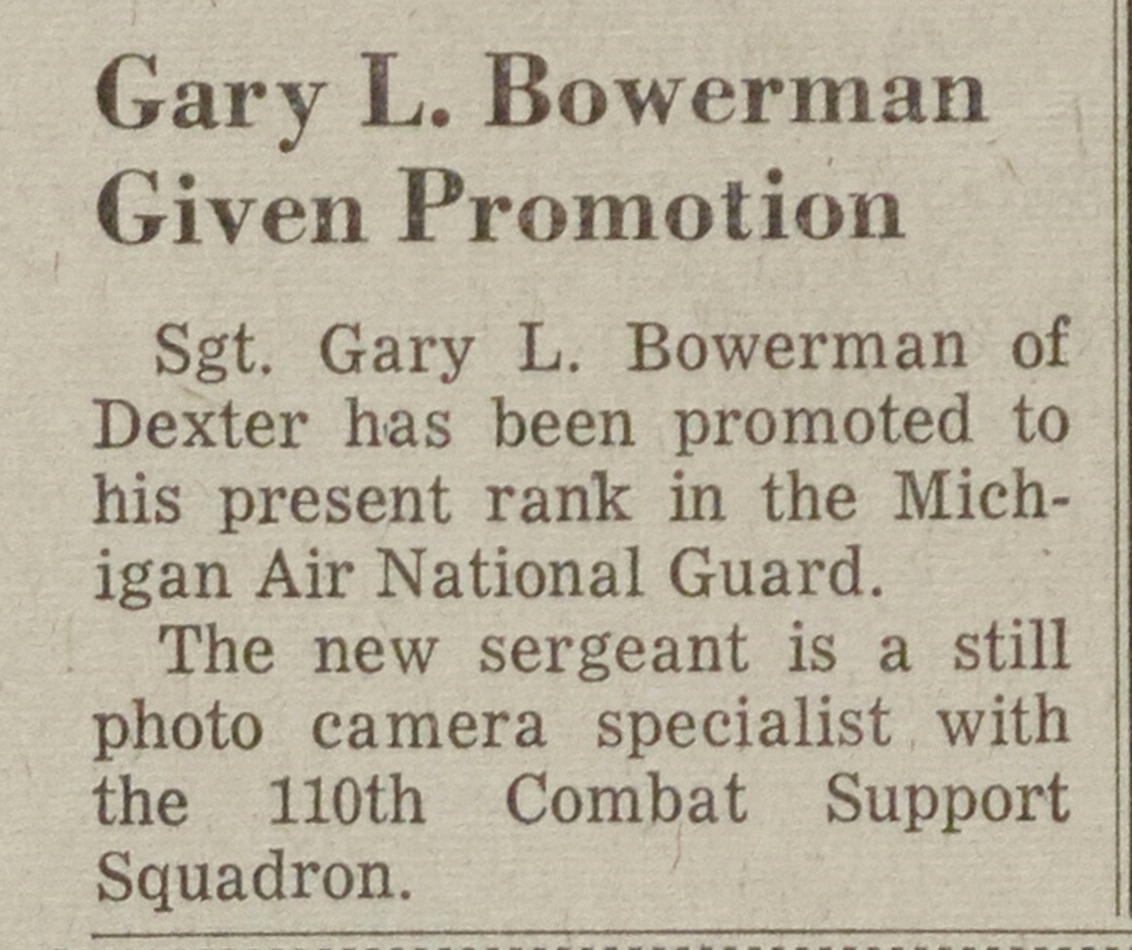 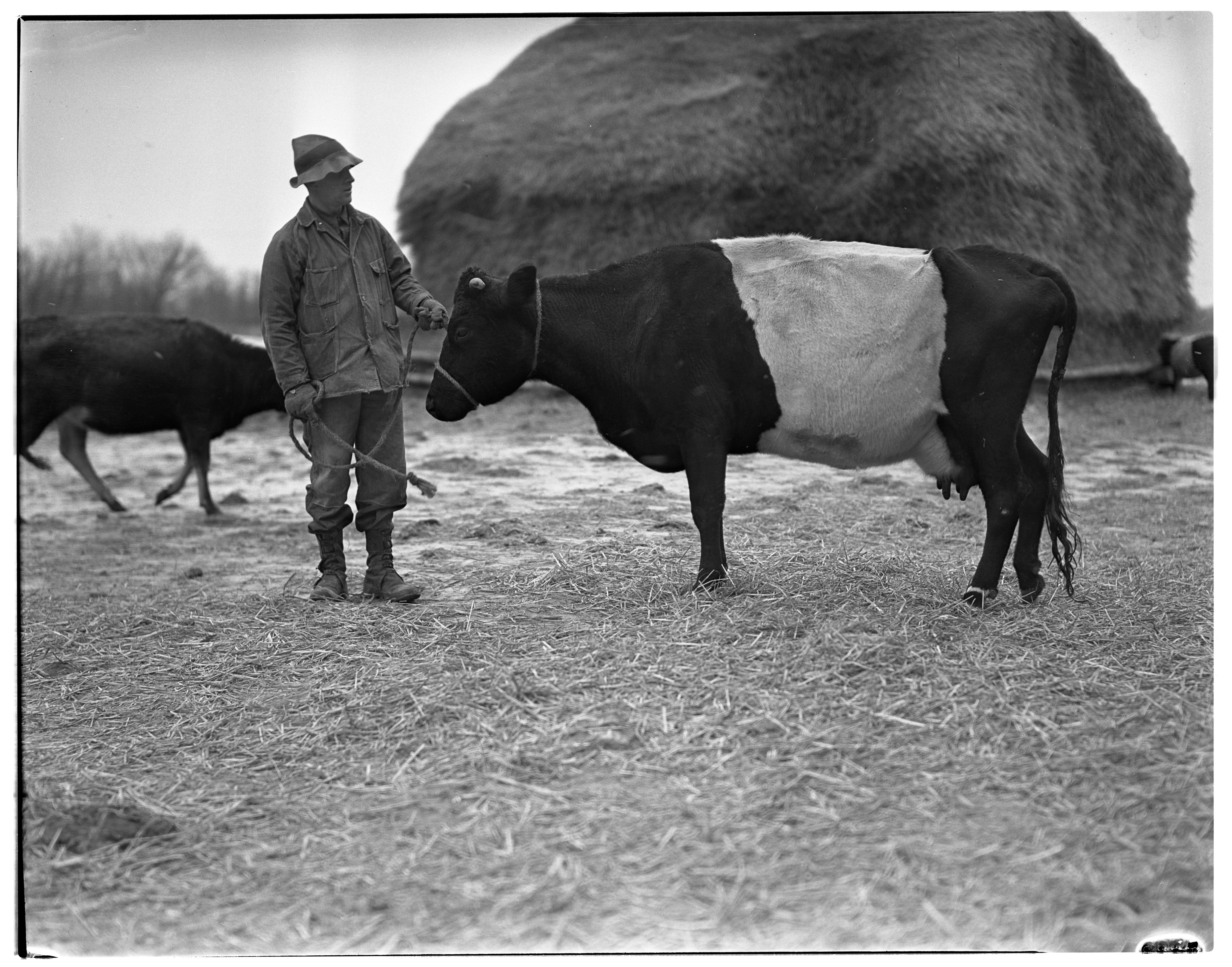 Published In
Ann Arbor News, January 5, 1938
Caption
FEW OF THESE IN WASHTENAW: J. C. Bradbury, route 1, Dexter, shown here with a Dutch Belted cow, has one of the two herds of this unusual breed of dairy animal in Michigan and the largest herd in the state. The Dutch Belted cow was first brought to this county from Holland by P. T. Barnum of circus fame.
Copyright
Copyright Protected 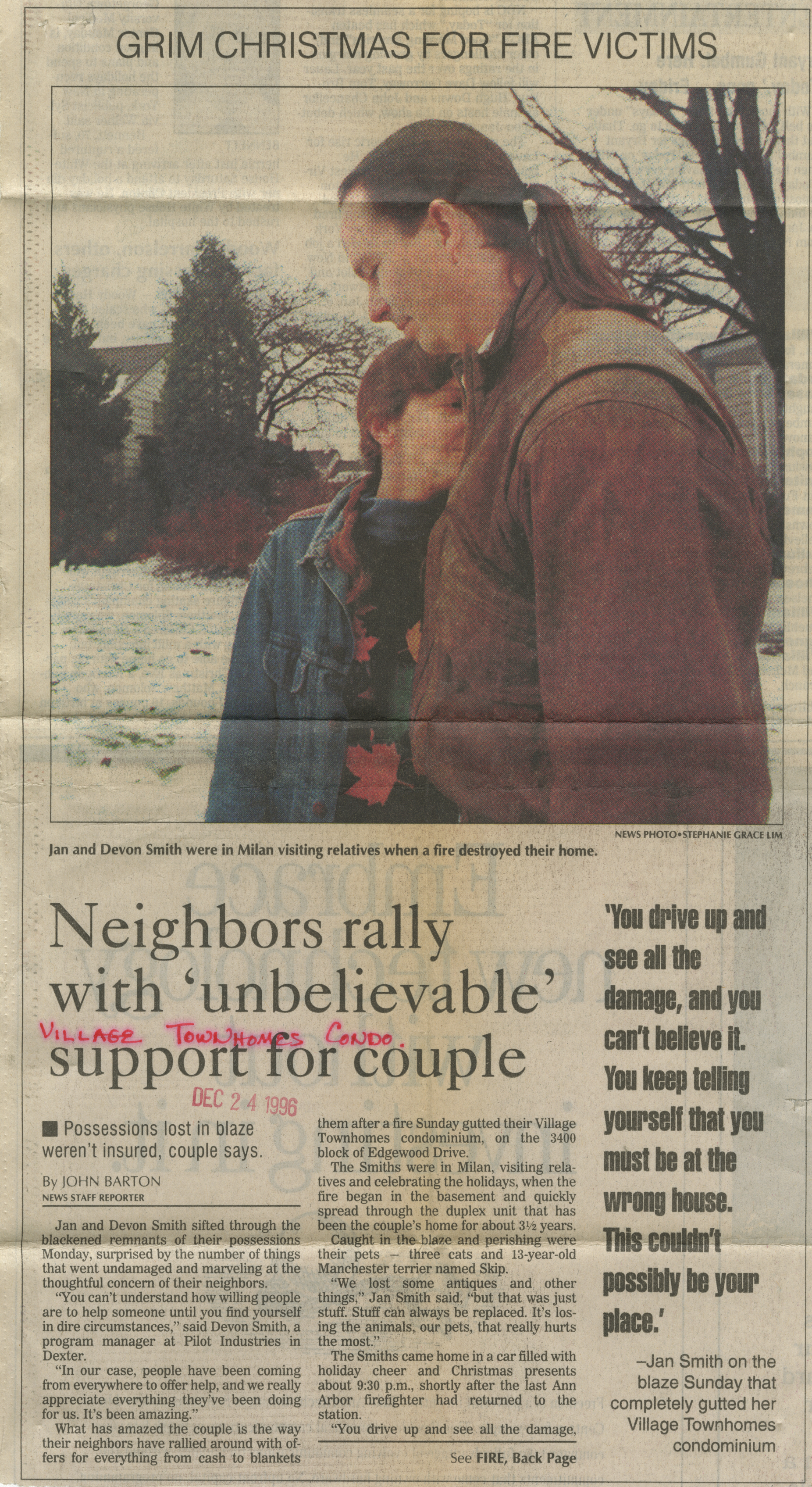 Ruth (née Dorsey) Carey was born in 1937 and grew up in West Virginia, Georgia, and Ohio. She attended Greenbelt College in Illinois and nursing school in Cleveland, Ohio. She and her husband had two children and moved to Ann Arbor to pursue graduate education. She graduated from the University of Michigan School of Public Health and went on to teach at the School of Nursing. She is passionate about educating new parents about health and nutrition. During retirement she began visiting inmates at the federal prison in Milan as a volunteer with the Prisoner Visitation & Support program.

Ruth Carey was interviewed by students from Skyline High School in Ann Arbor in 2015-16 as part of the Legacies Project.

Carolyn Houston was born in 1925 and grew up in Lakewood, Ohio. She spent the majority of her working years as a homemaker and mother of four boys. During World War II she was a nurse’s aid, and she was a secretary in Stanford’s civil engineering department to support her husband’s graduate studies. Her children grew up near Dexter, Michigan. After she divorced her husband in 1980, Houston worked at Rackham as a secretary to the associate dean. She married Bill Houston and moved to Pittsburgh in the late 80s, but returned to Ann Arbor in 2001. 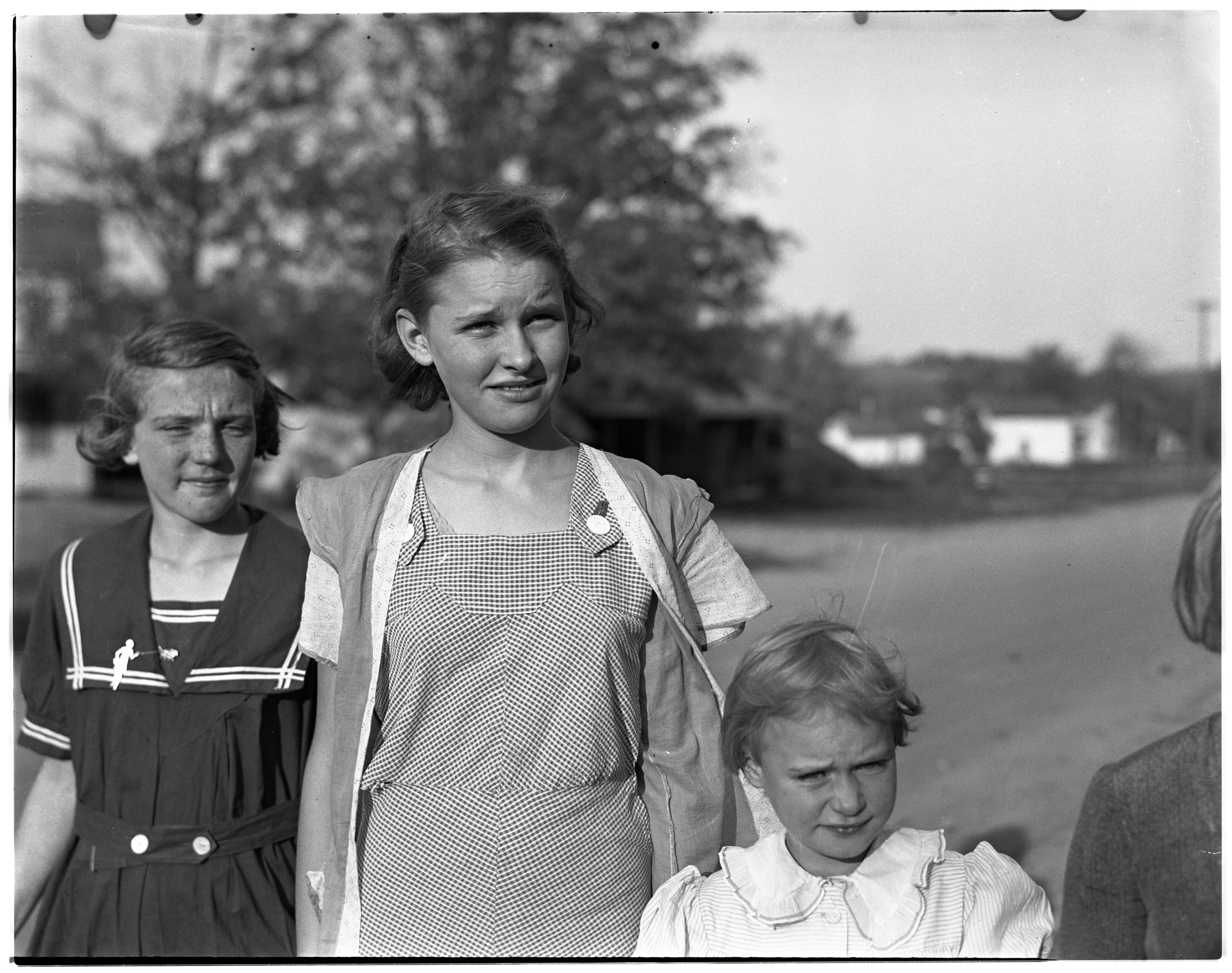 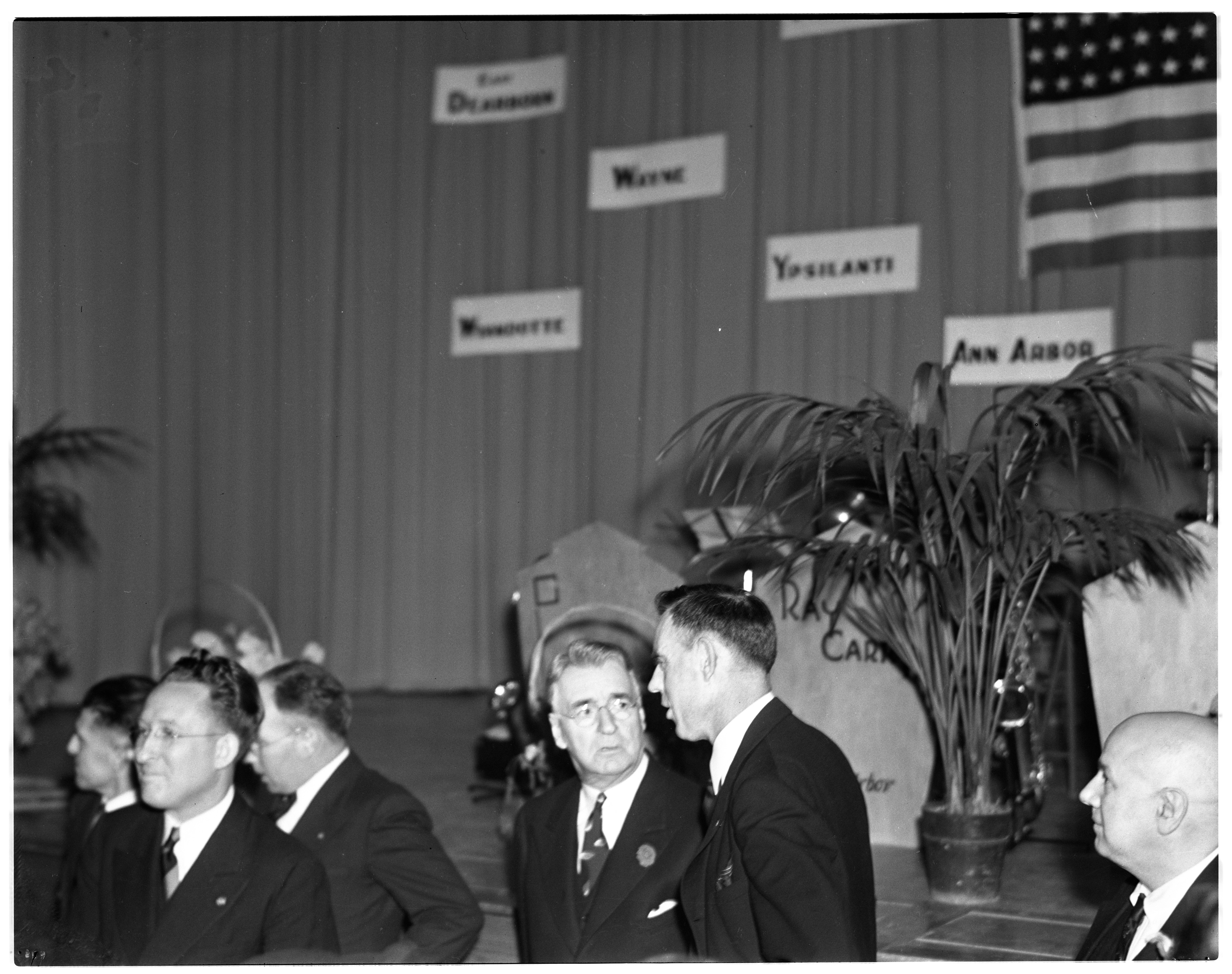