Published In
Ann Arbor News, November 8, 1952
Caption
Learning To Lead Cheers: The University this morning held its third annual cheerleaders clinic. Some 2,916 students and faculty representatives from 283 Michigan schools attended, according to University estimates. Shown here entering Hill Auditorium, the scene of the clinic in guiding organized shouting, are groups from three Michigan high schools. In the foreground, backs to camera, are girls from Union City High School. Approaching the building are four cheerleaders from Ecorse High School and behind them are five from Belding High School.
Copyright
Copyright Protected 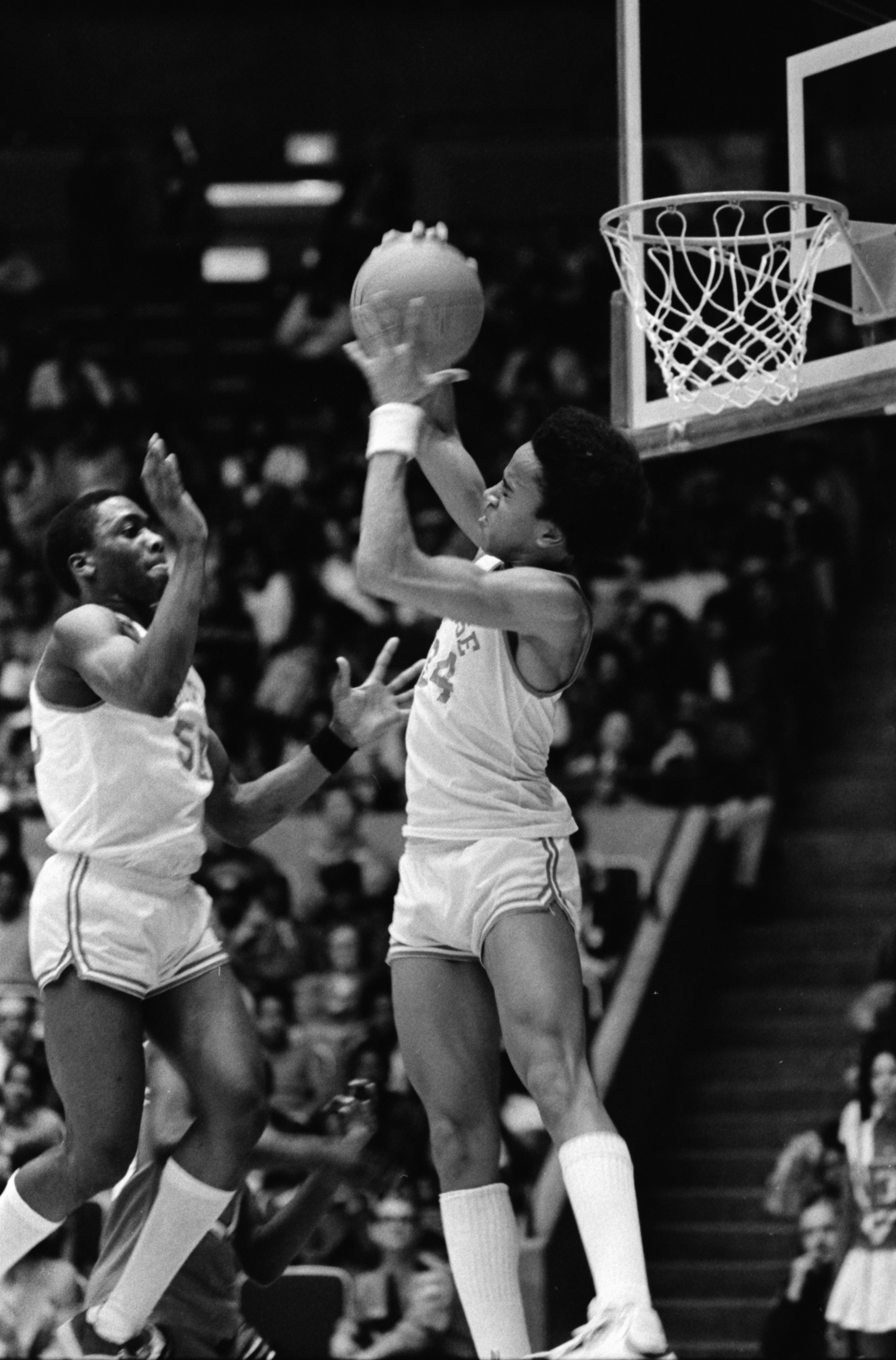 Published In
Ann Arbor News, March 18, 1978
Caption
'That's Mine' Ecorse's Kevin Bailey might be saying as he grabs a rebound for the Red Raiders in their Class B semifinal victory in Crisler Arena. Ecorse held a 36-30 edge in rebounding over the heavily-favored Buccaneers from Flint.
Copyright
Copyright Protected 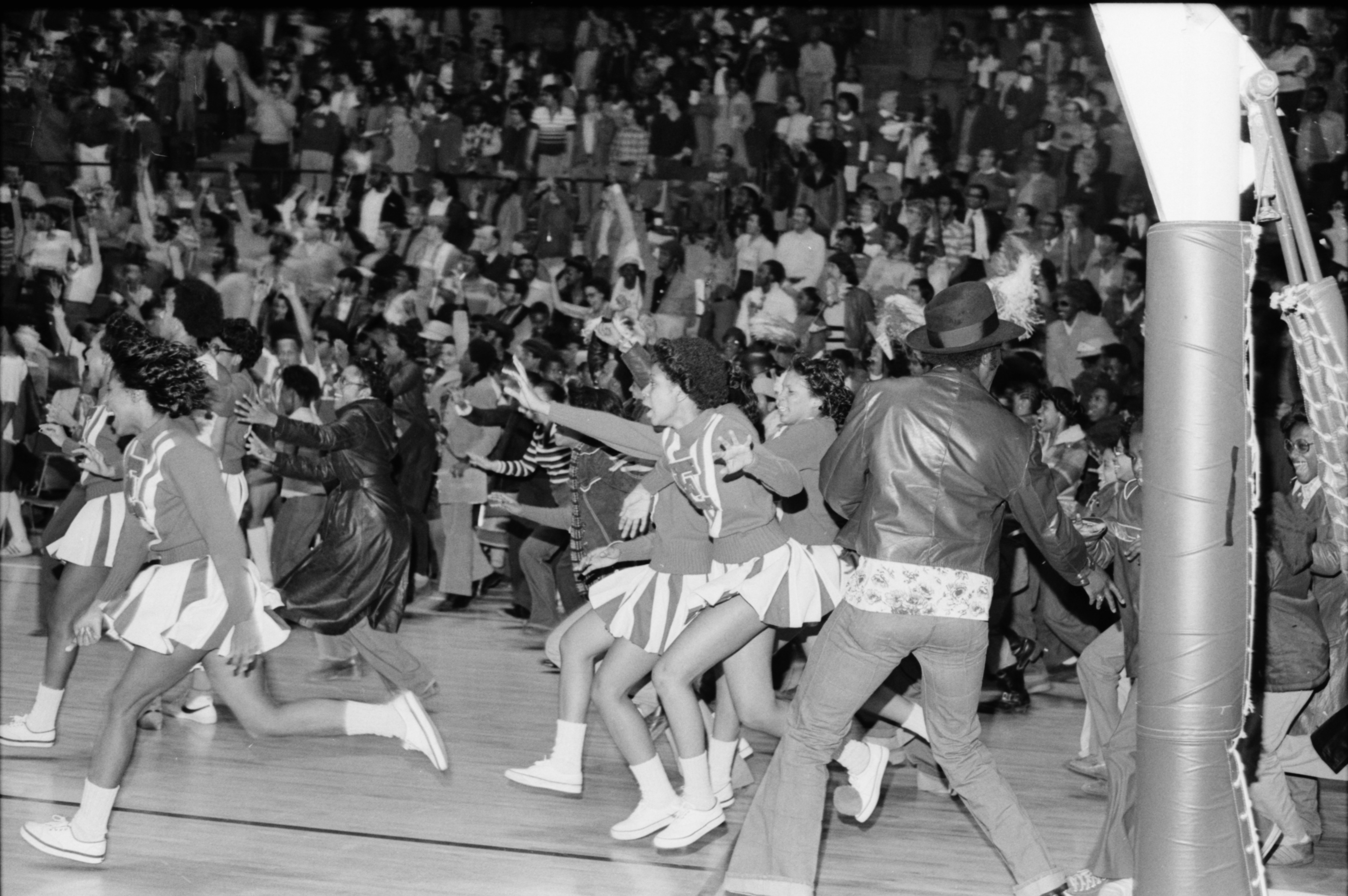 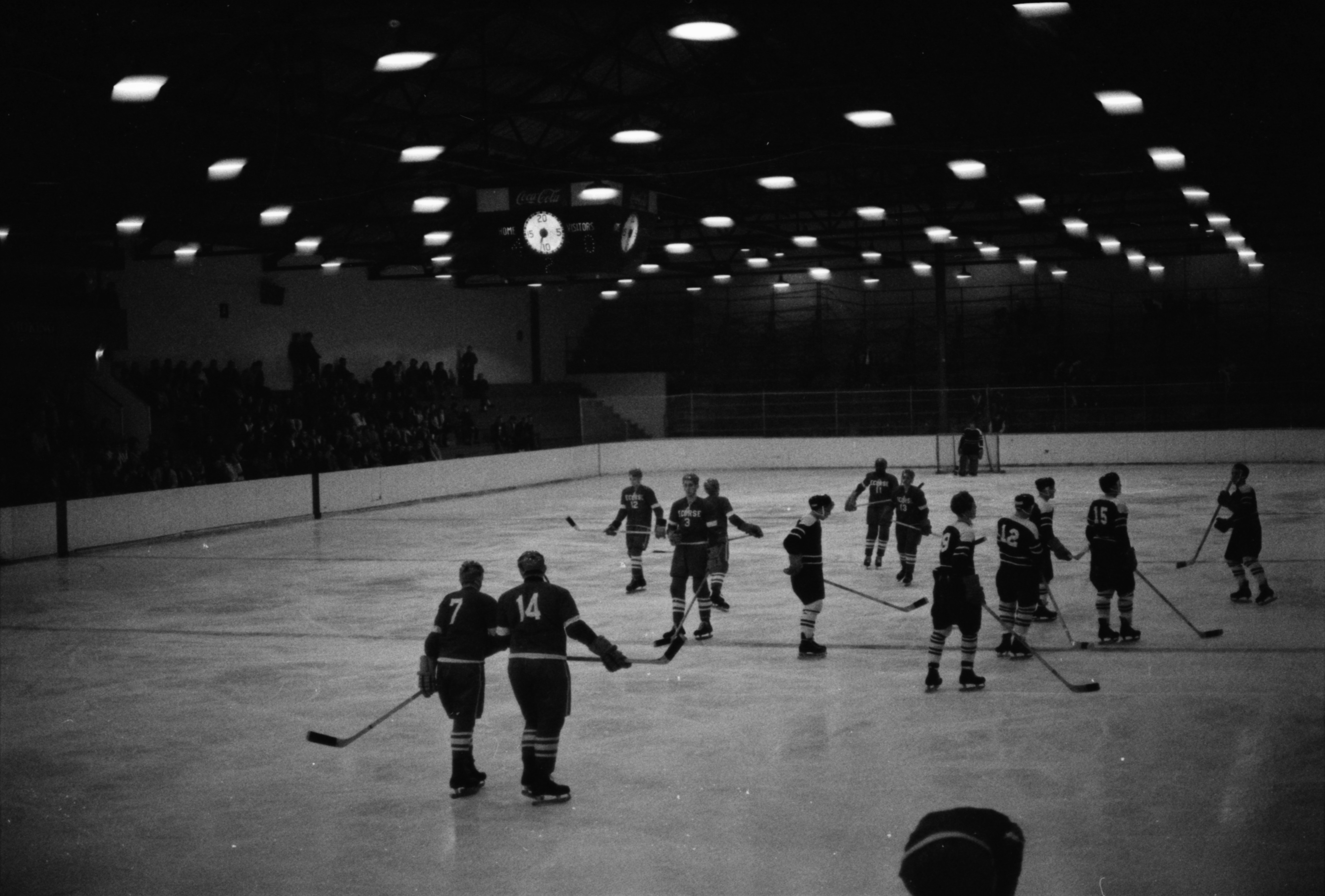 Pioneer Soccer Kicks In - Also, Howell's Blakeslee Commits to U. of Buffalo, Then Leads 67 - 34 Victory