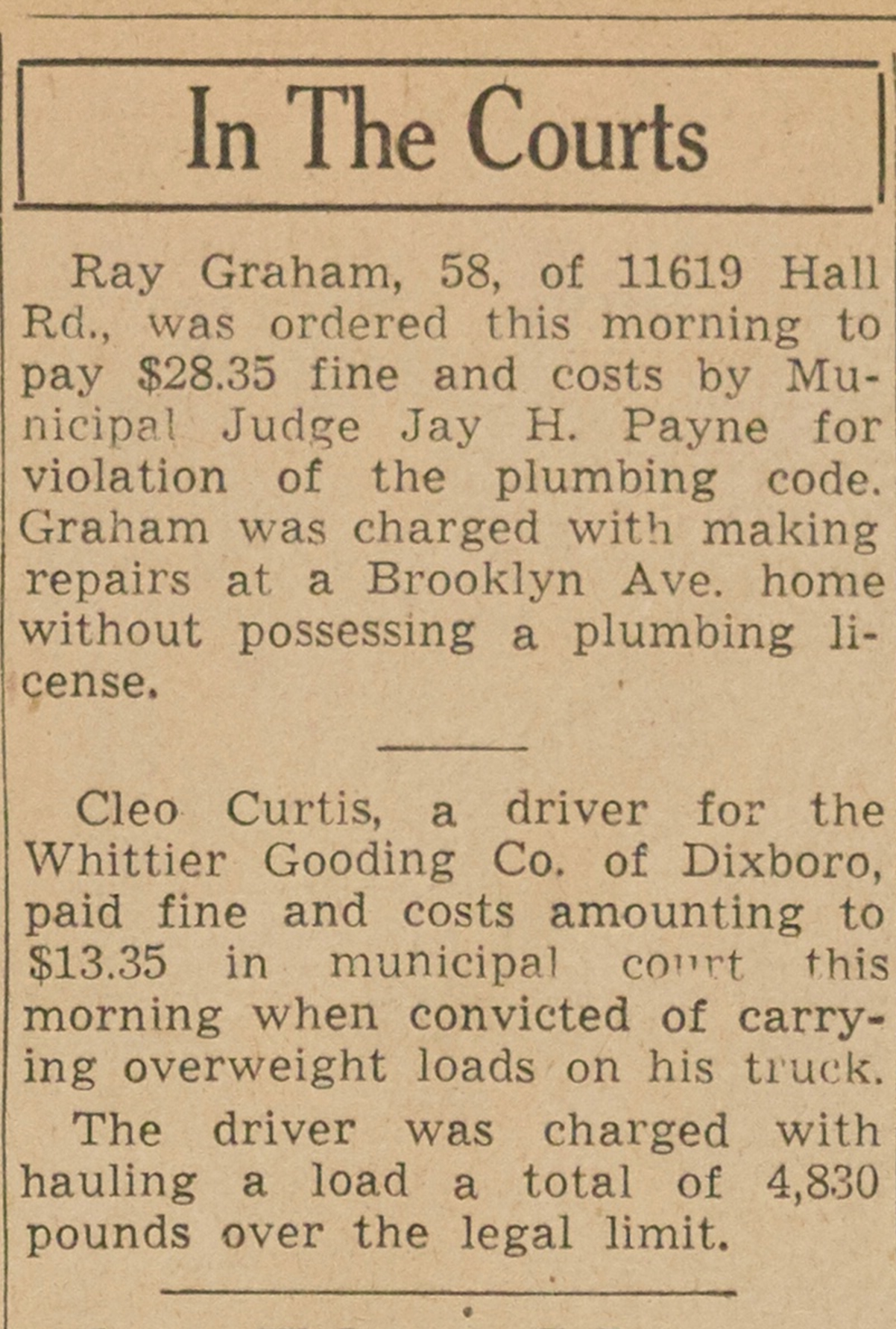 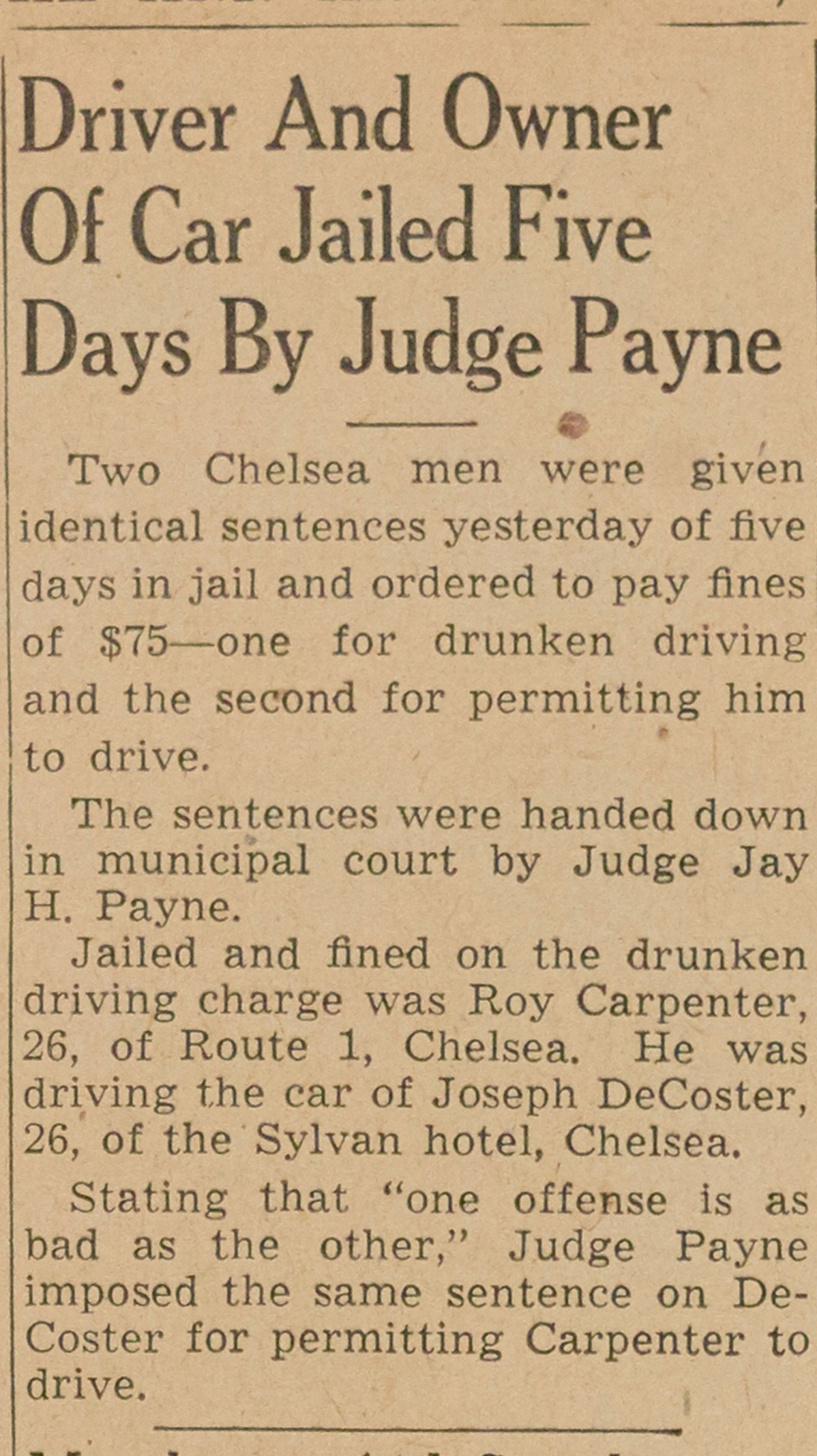 A. A. James Hurt In Crash 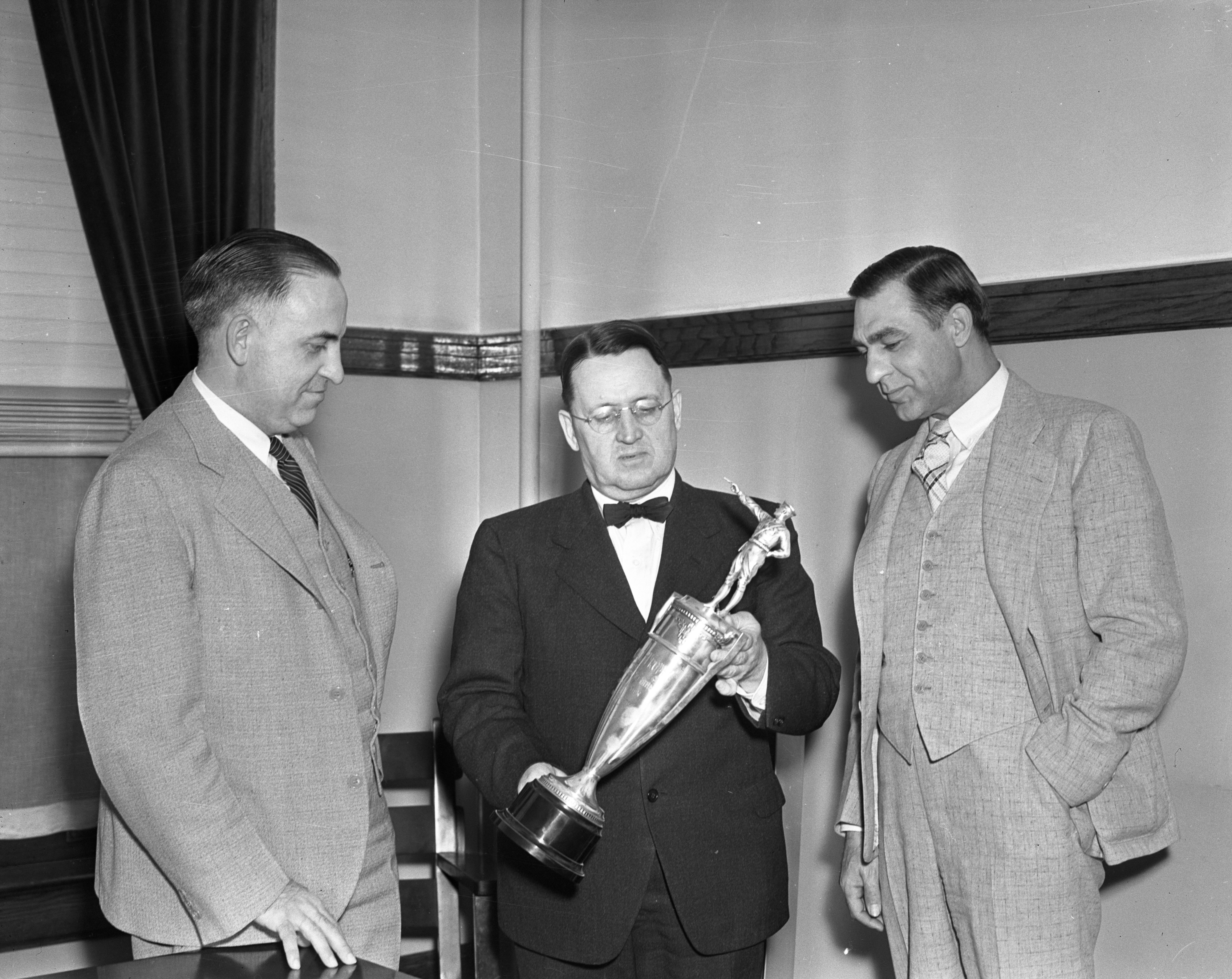 Published In
Ann Arbor News, June 23, 1937
Caption
DONORS OF POLICE MARKSMANSHIP TROPHY: Justice Jay H. Payne (left) and Prosecutor Albert J. Rapp (right) are shown examining the trophy held by Justice Harry W. Reading, which the three public officials have presented to the Ann Arbor police department to stimulate and award marksmanship. The trophy is a memorial to Patrolman Clifford "Sid" Stang, who was killed in action March 21, 1935, when he interrupted a robbery of the Conlin & Wetherbee men's furnishings store, 118 E. Washington St. One of the two gunmen, William "Shorty" Hayden, later was captured in California, was returned to Ann Arbor just one year and 40 minutes after the shooting and today is serving a life sentence for murder. His accomplice is still sought. The trophy will be awarded to the policeman winning it three consecutive years, each year's winner being determined on the basis of average scores for the various practice shoots held during the summer months.
Copyright
Copyright Protected 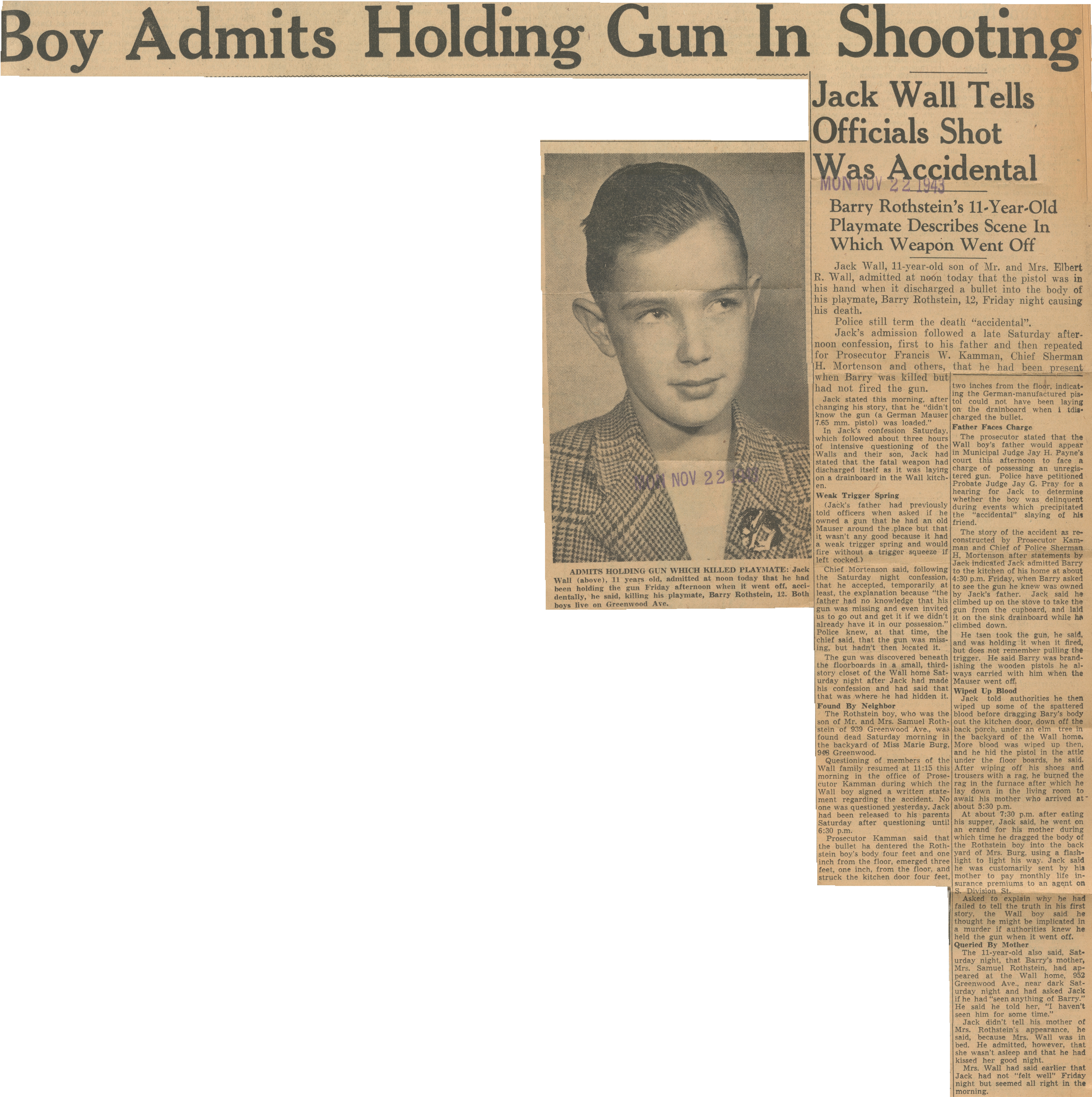 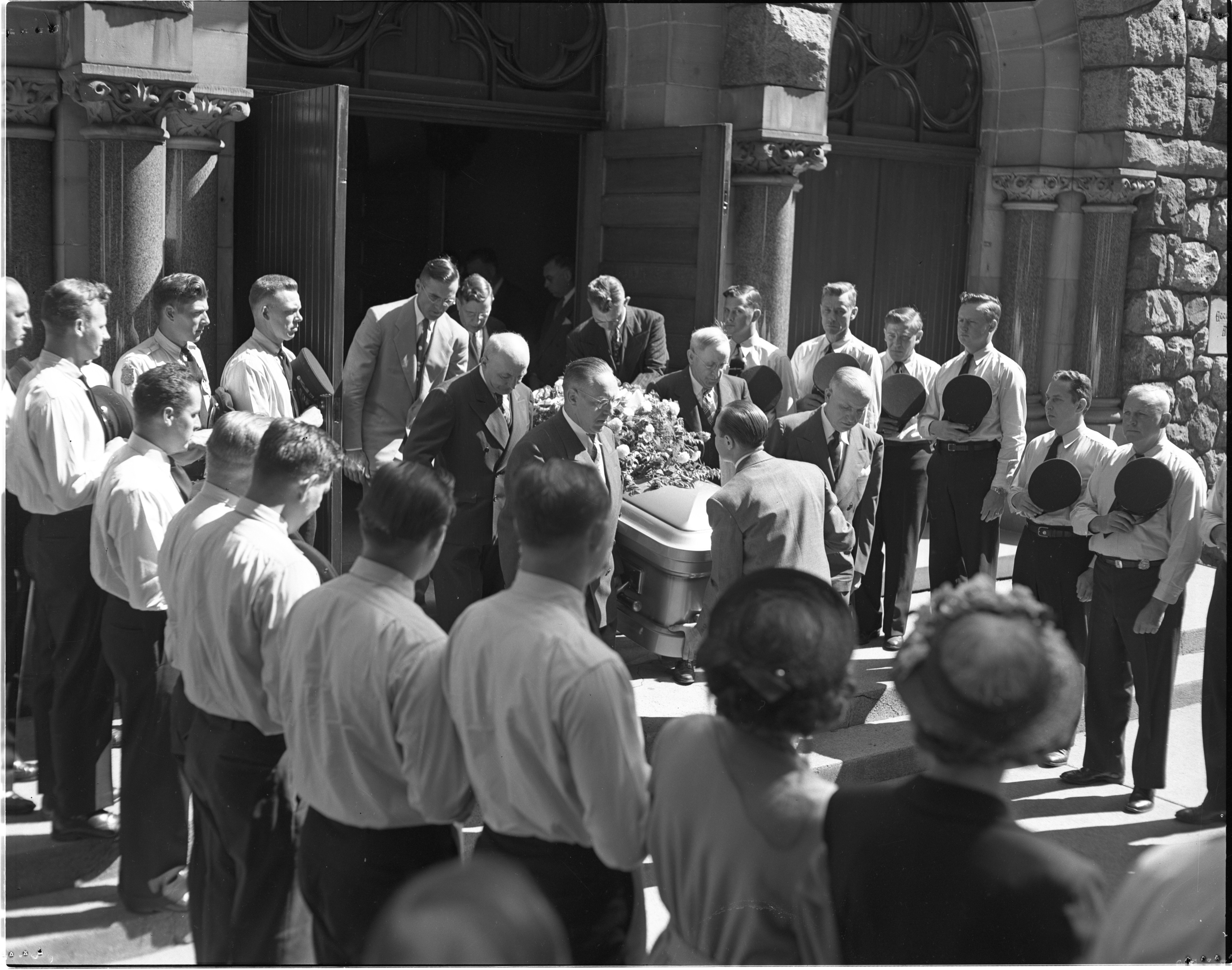 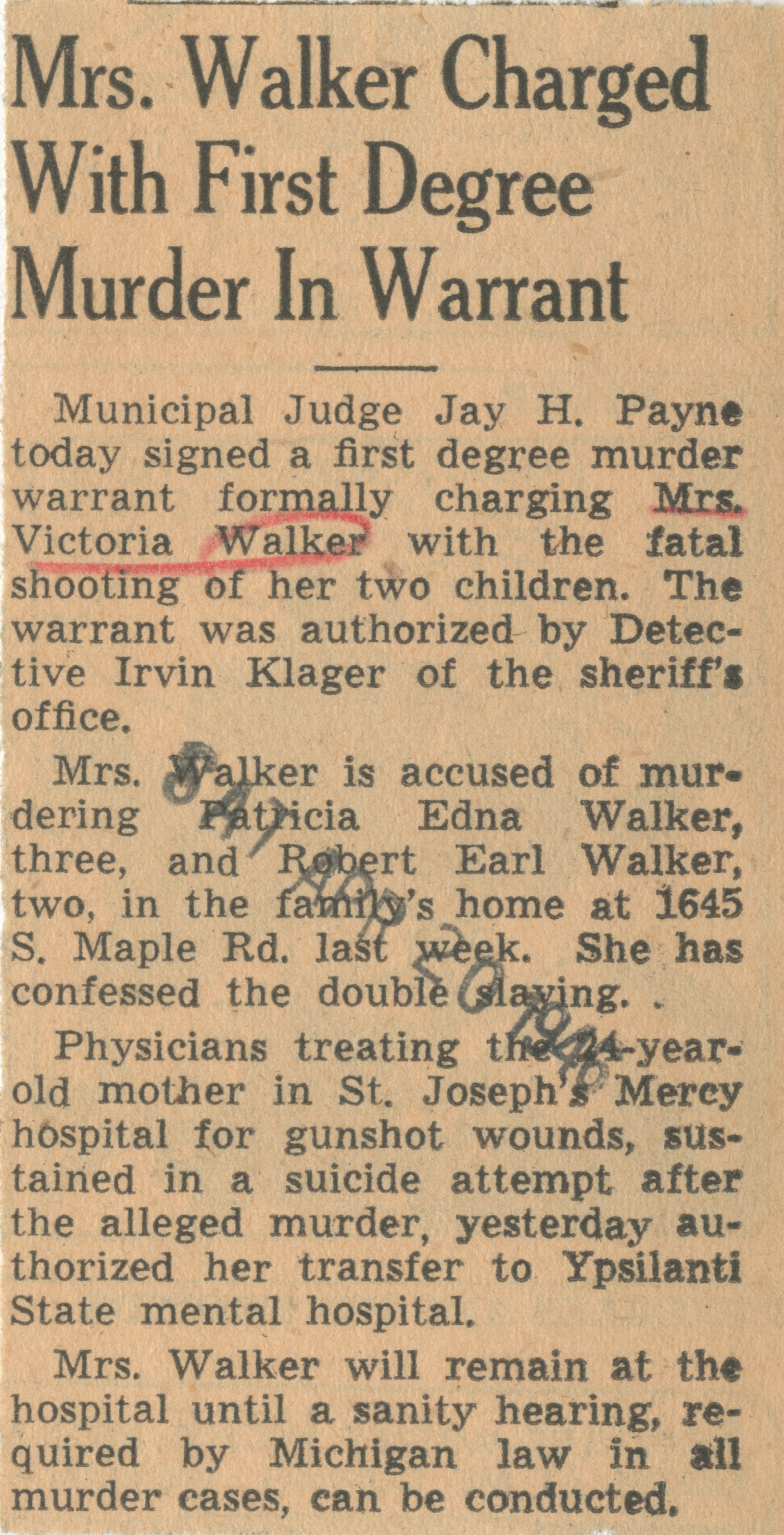