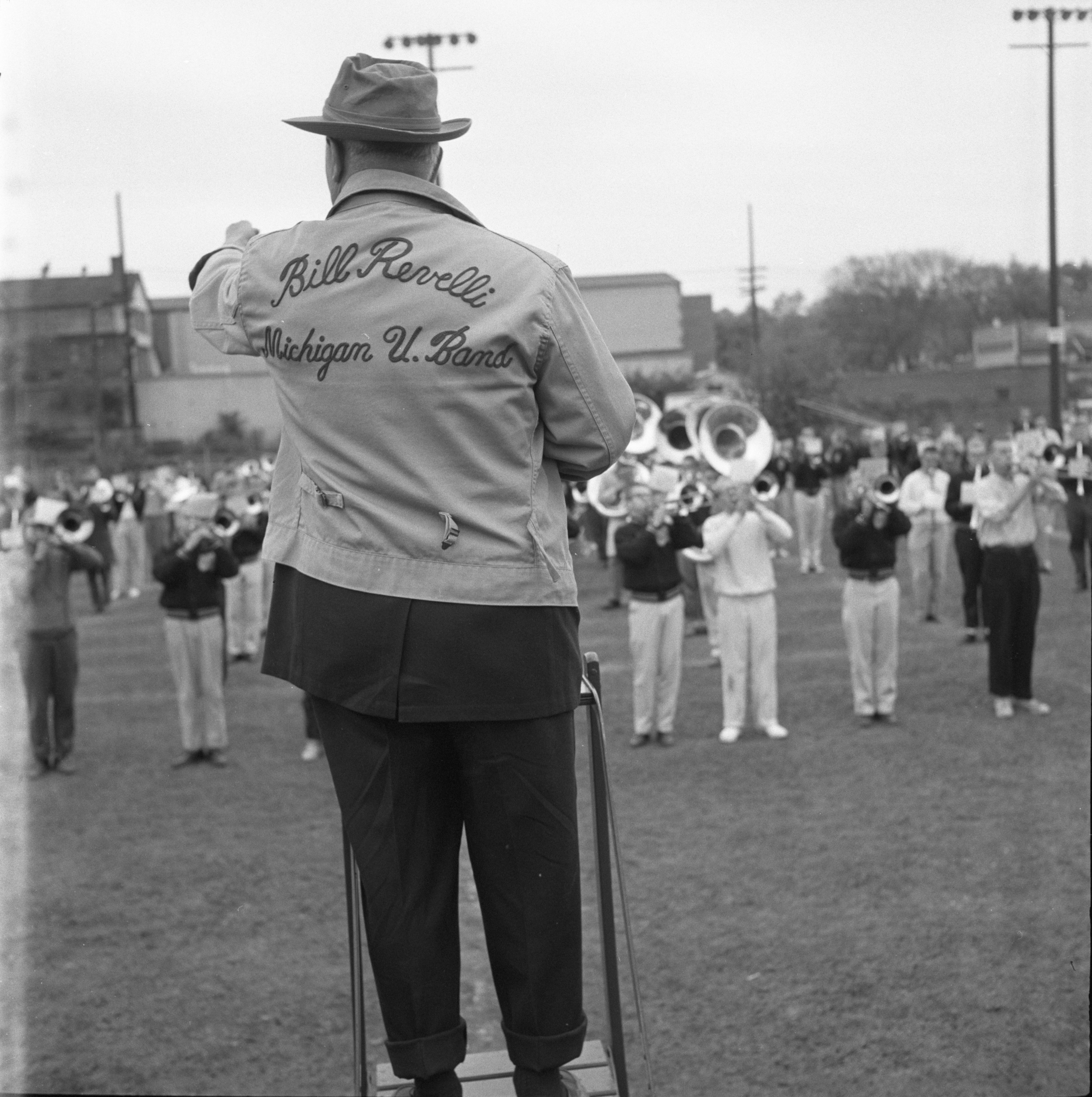 What's Everyone Looking At? The U-M Band Practice, Of Course! 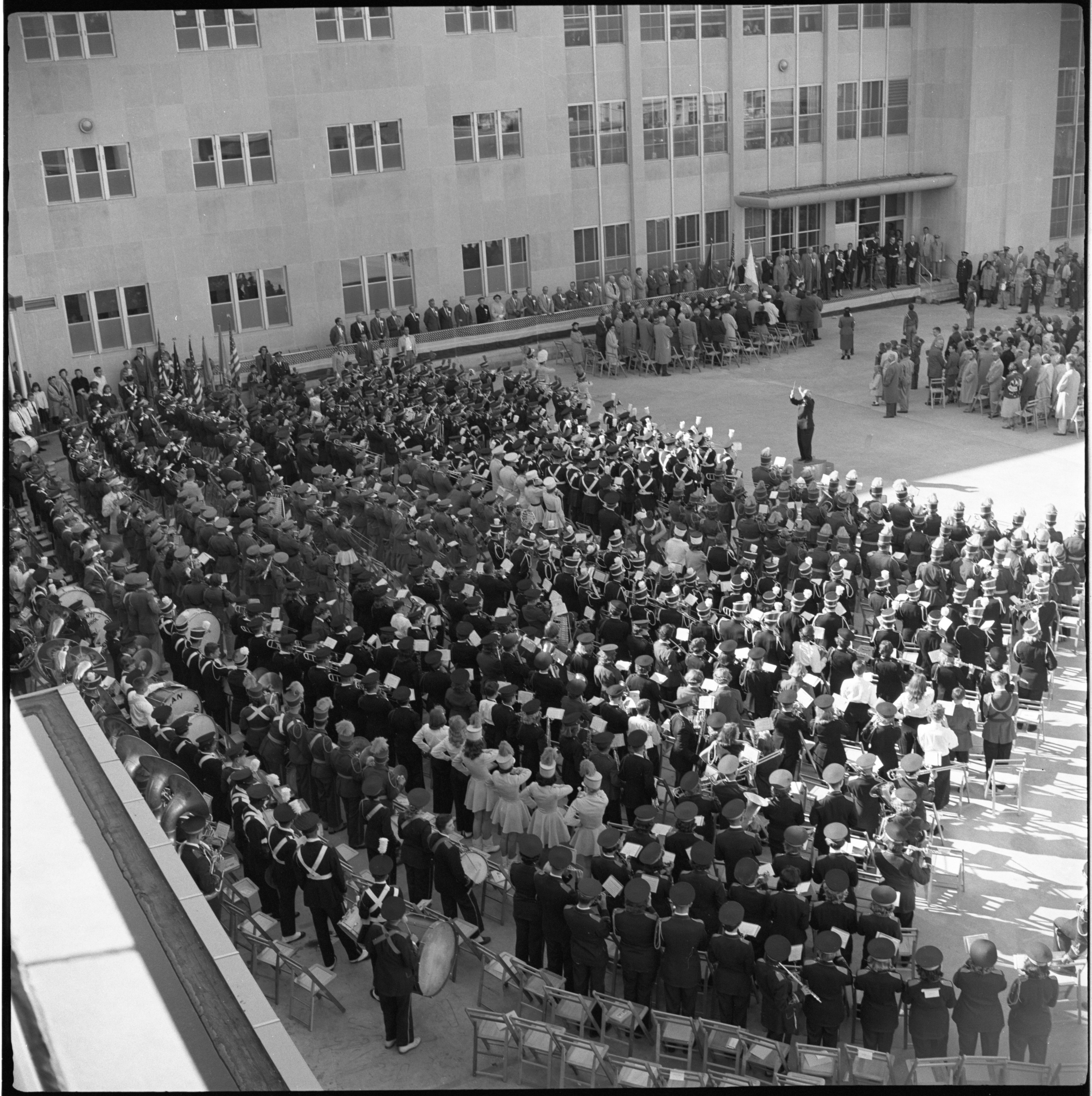 Published In
Ann Arbor News, October 1, 1956
Caption
MASSED BANDS PLAY AT CEREMONY: One of the colorful highlights of yesterday's County Building dedication ceremonies was the music supplied by 11 massed bands from various high schools in Washtenaw. Here, they are playing the national anthem under the baton of Prof. William D. Revelli, director of University bands.
Copyright
Copyright Protected 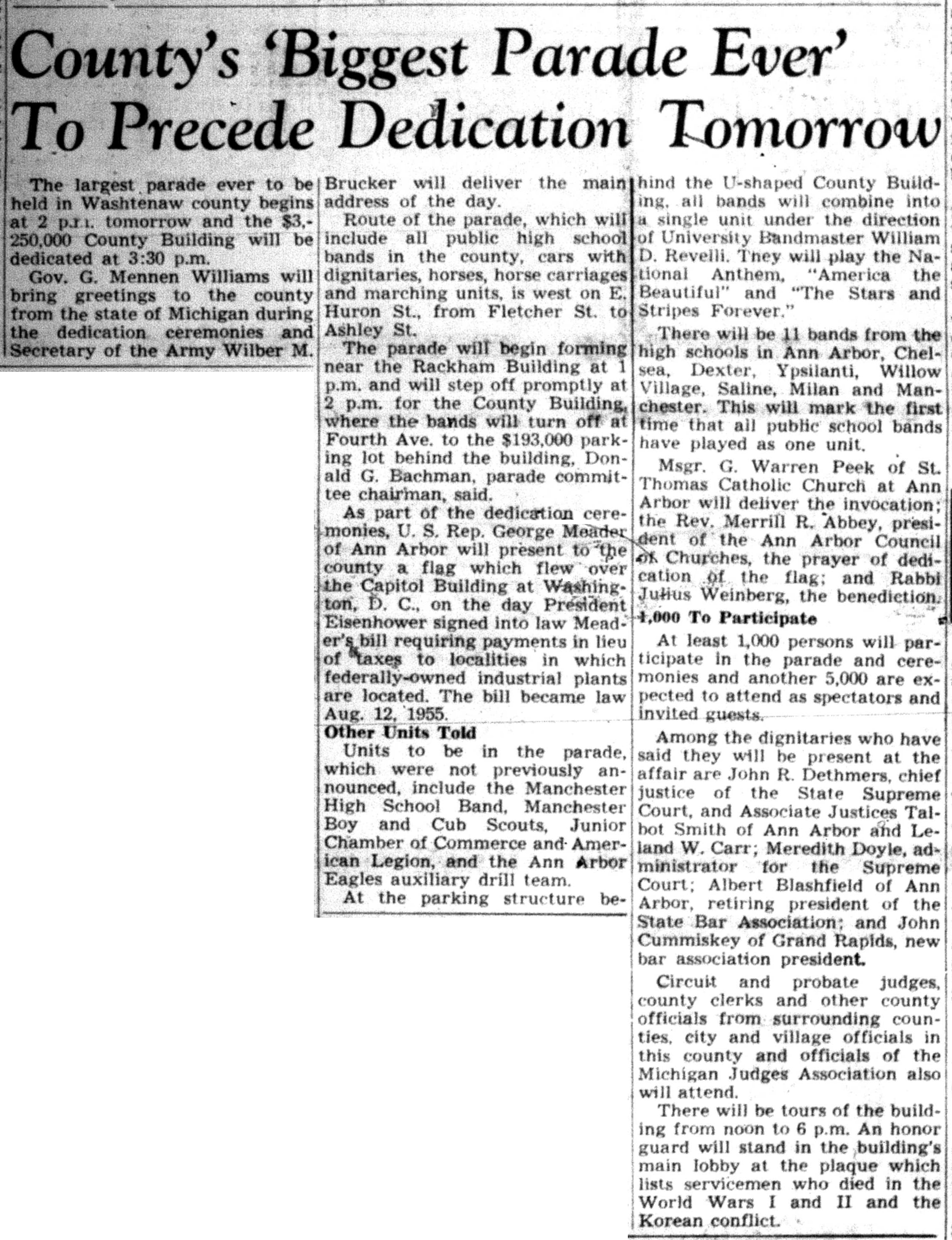 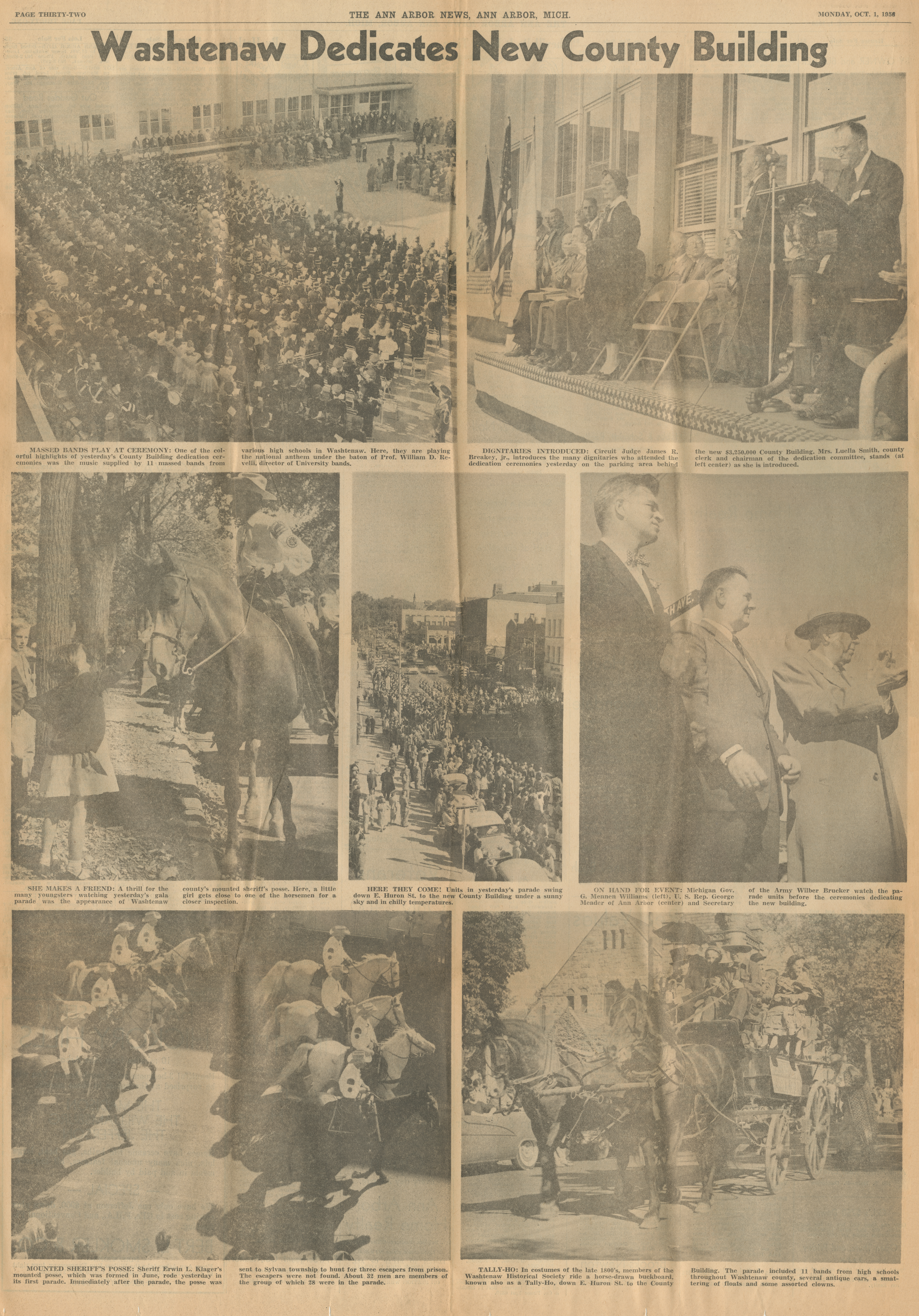 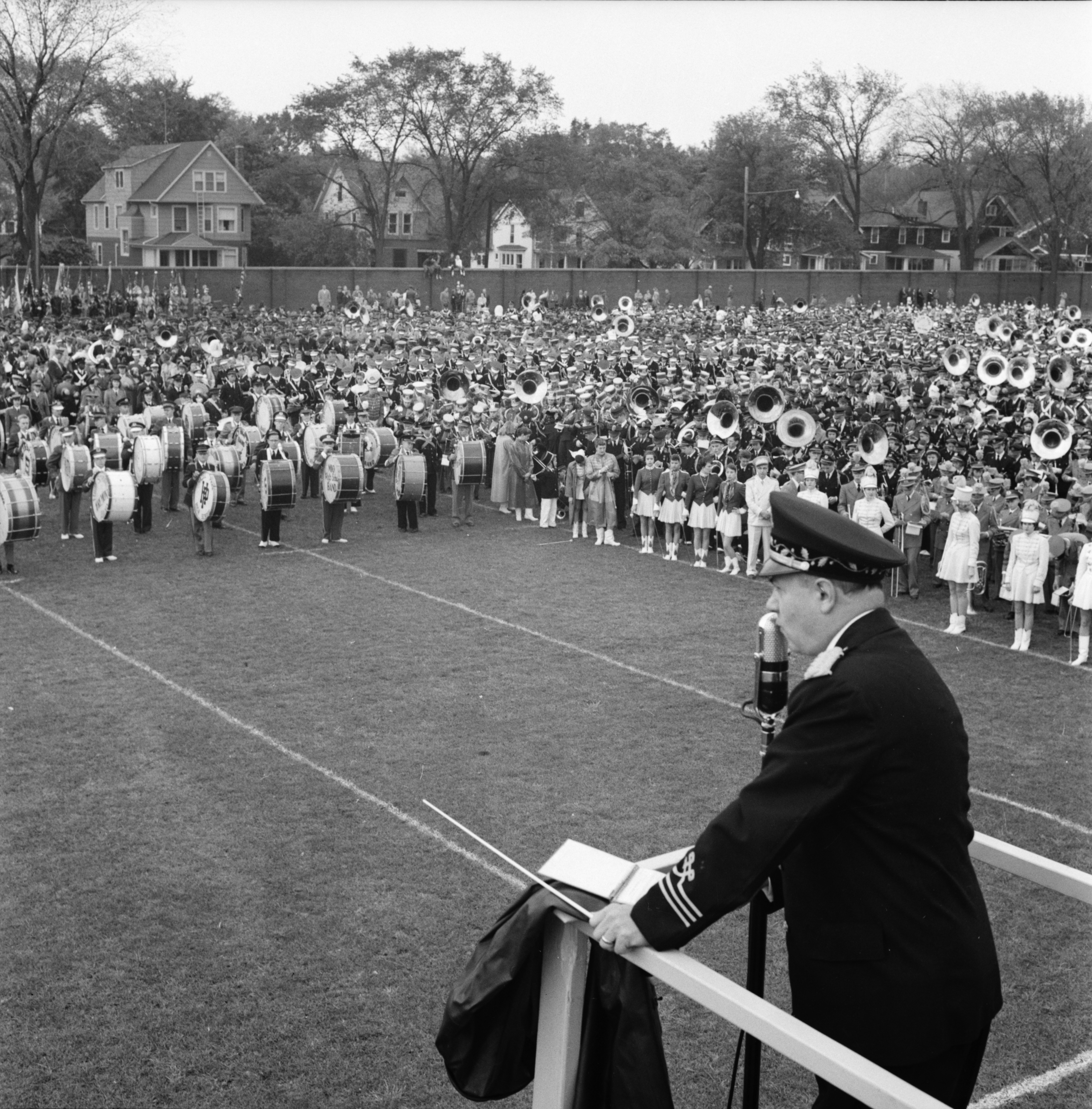 Published In
Ann Arbor News, October 9, 1954
Caption
'NOW THIS IS WHAT WE WANT YOU TO DO': William D. Revelli, director of the University of Michigan Marching Band, instructs the 6,000 high school bandsmen scheduled to give a massed band performance between halves of today's Michigan-Iowa football game. The high school musicians from all over the state arrived at Ferry Field early this morning and immediately began practicing for the colorful spectacle. They will perform under the baton of Dr. Edwin Franko Goldman.
Copyright
Copyright Protected

Now This Is What We Want You To Do 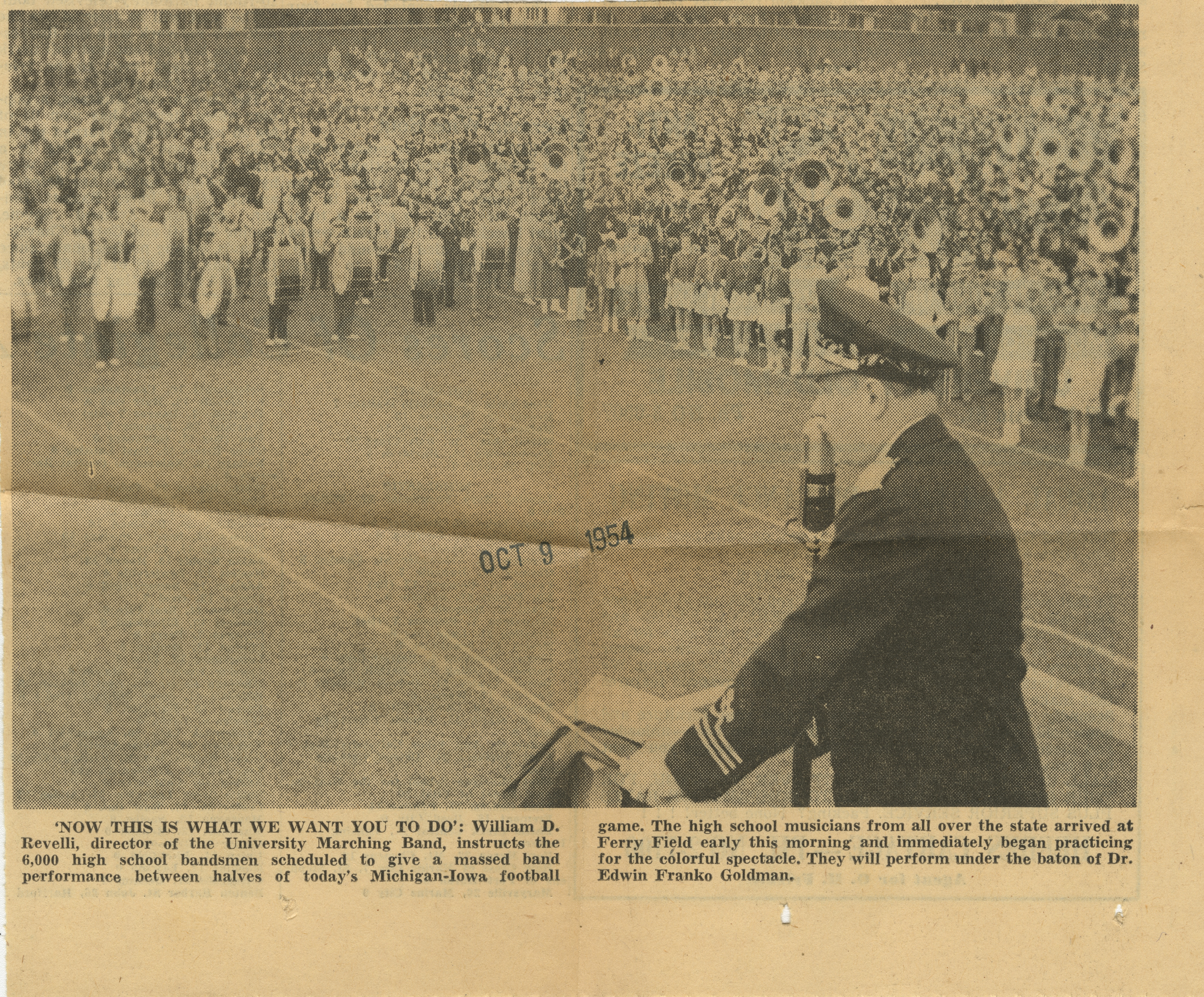 Planning a University of Michigan Marching Band formation for the Rose Bowl, December 1947 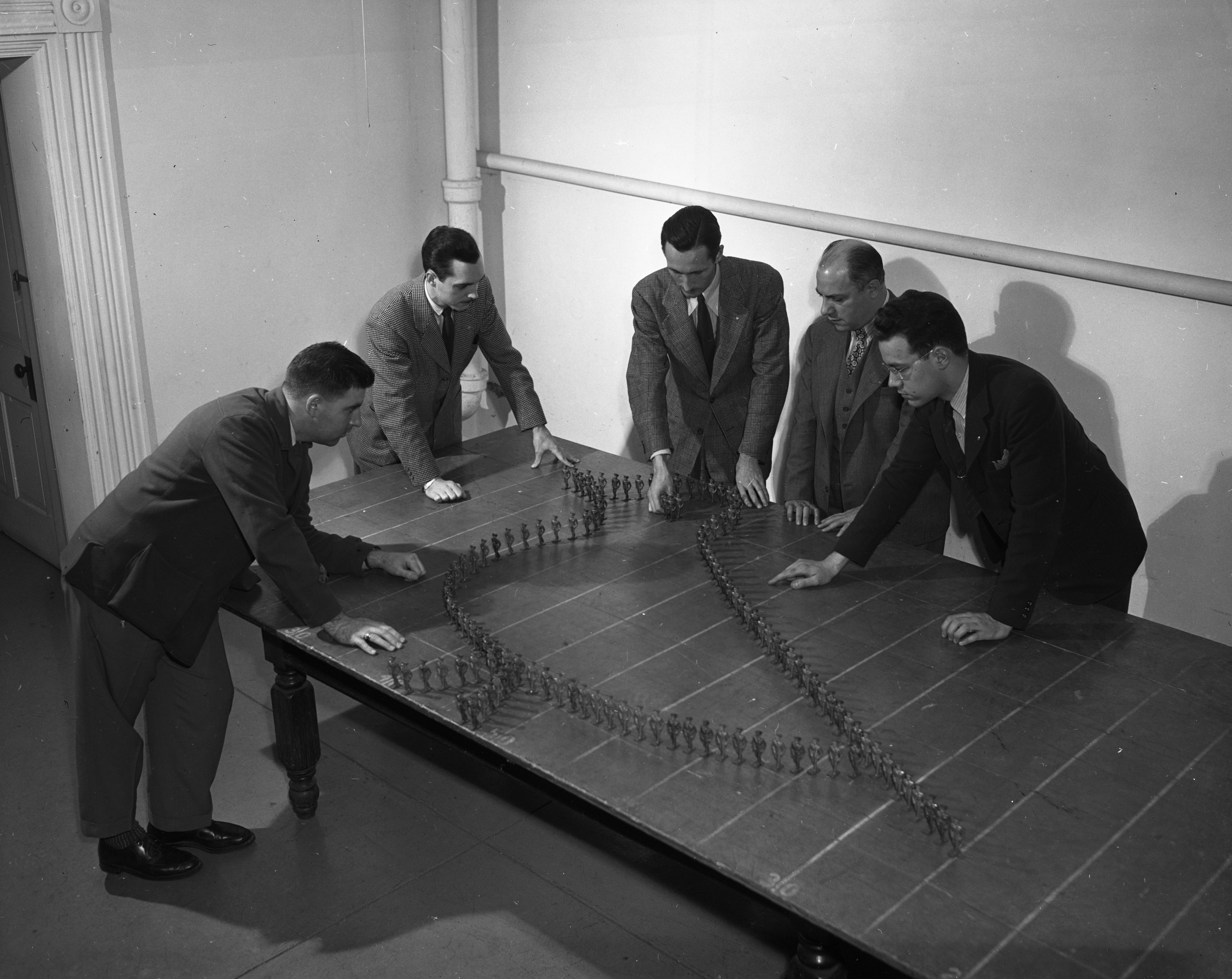 Published In
Ann Arbor News, December 16, 1947
Caption
DRAFT BAND FORMATION: Twelve formations representing the months of the year will be presented by the University Marching Band in pre-game and half-time performances at the Rose Bowl on New Year's day. In the above picture band director William D. Revelli, assistant director Harold Ferguson and staff, map out a robin formation which may represent the month of May. Formations are worked out with toy soldiers on a miniature gridiron in Harris Hall, and mimeographed copies of the diagrams, with a number for each bandsman corresponding to a number of a toy soldier, are given to the players to facilitate practice at Ferry Field. Left to right in the above picture are George Lotzenhiser of the formation committee, Noah Kneeper, drum major, Ferguson, Revelli, and Don Autore of the formation committee. Pre-game performance will include a precision drill and grandiose.
Copyright
Copyright Protected 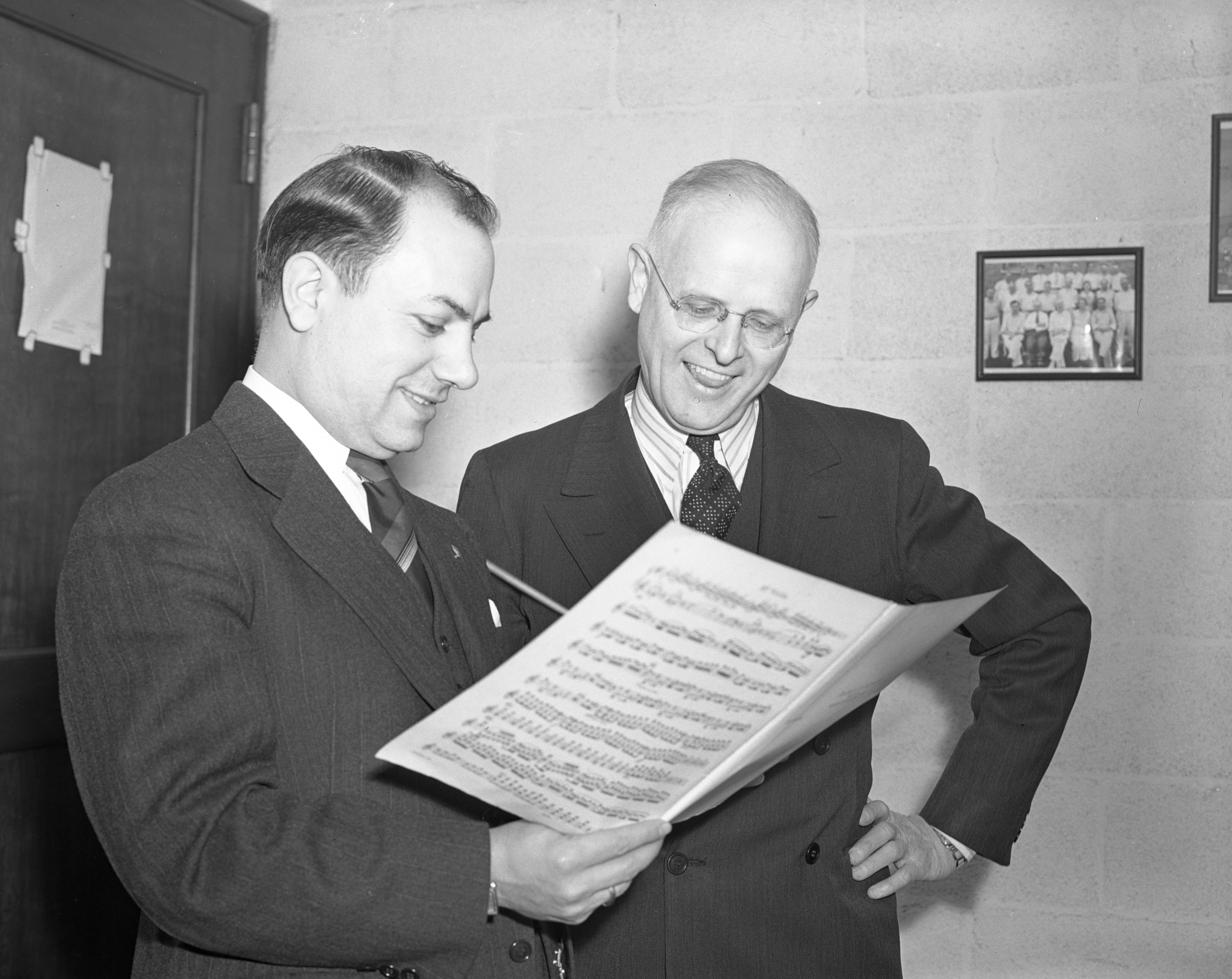 King-Seeley To Get Navy 'E' Tomorrow