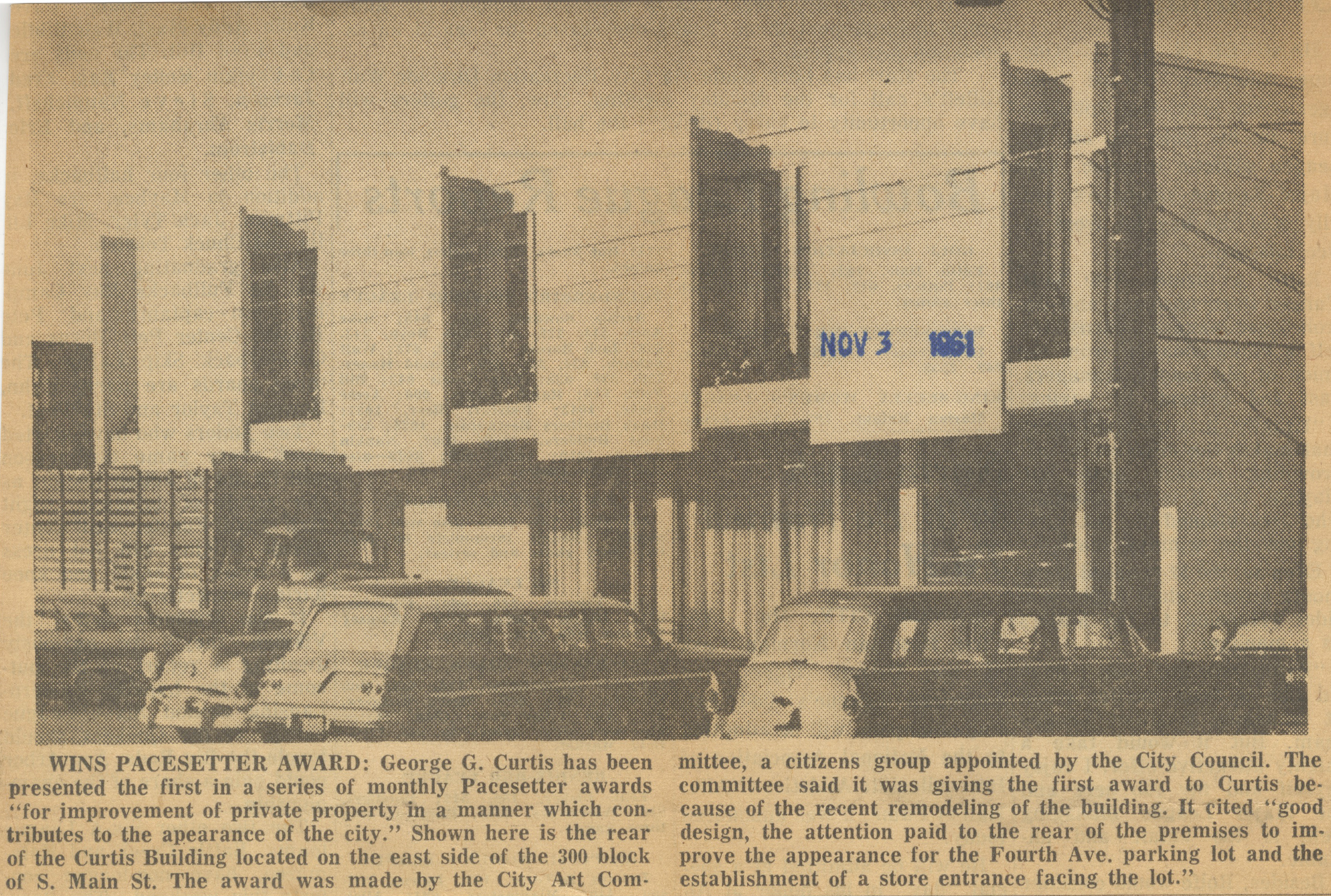 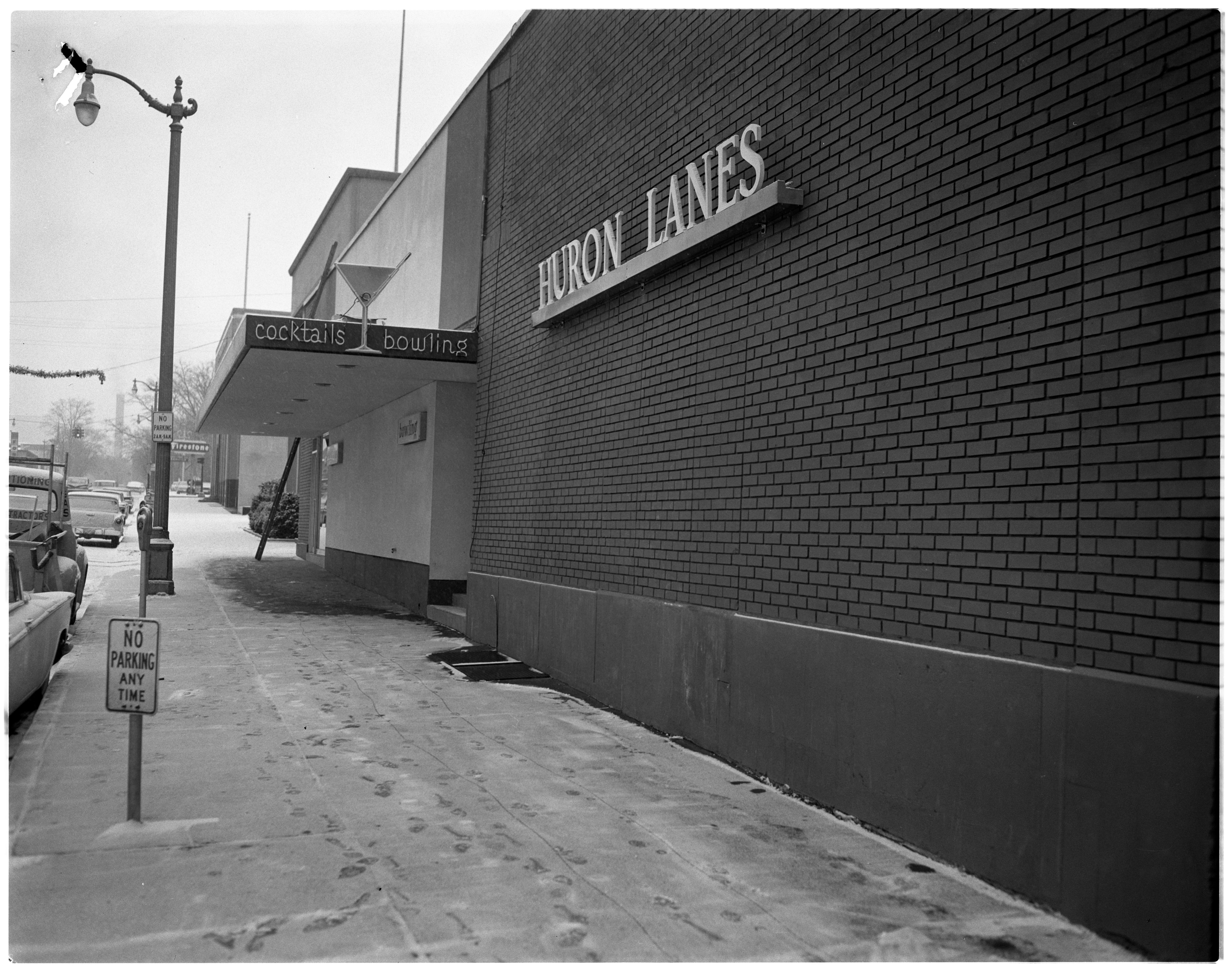 Published In
Ann Arbor News, December 28, 1961
Caption
Wins Pacesetter Award: Sewell H. Platt, owner of the Huron Lanes at 320 E. Huron St., has been given the Pacesetter award for December, the third monthly award of the Civic Art Committee. The committee expressed the hope that Platt's "tasteful modernization of the Huron Lanes would set a pattern for more improvement of the properties which surround the planned new City Hall." Previous awards have been given to the Ann Arbor Town Club and George G. Curtis for improvement to the Curtis Building. The committee was established by the City Council.
Copyright
Copyright Protected
Subscribe to George G. Curtis