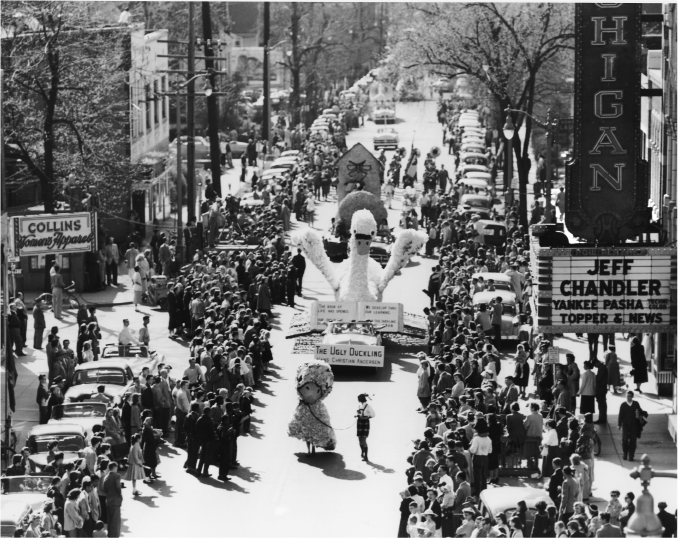 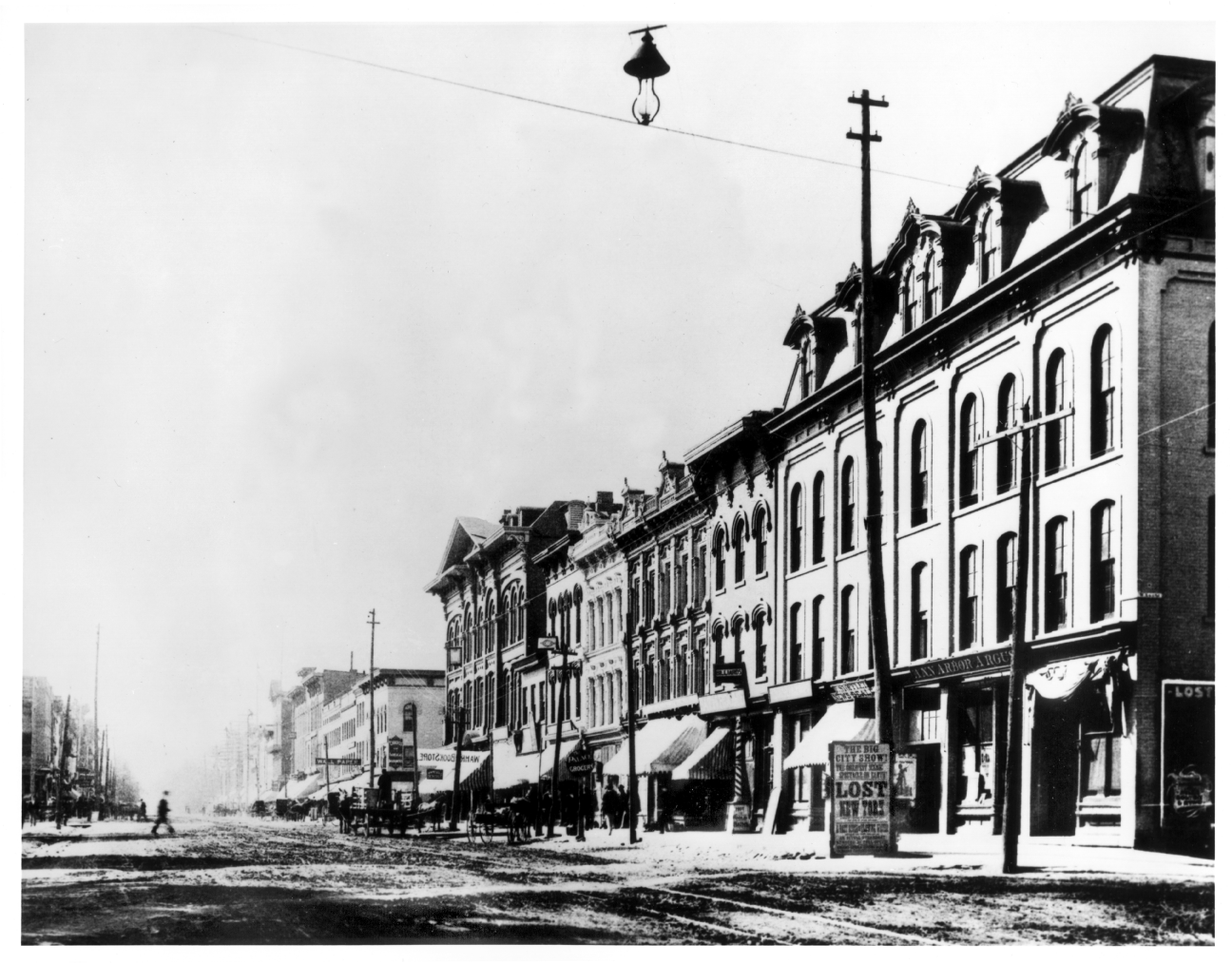 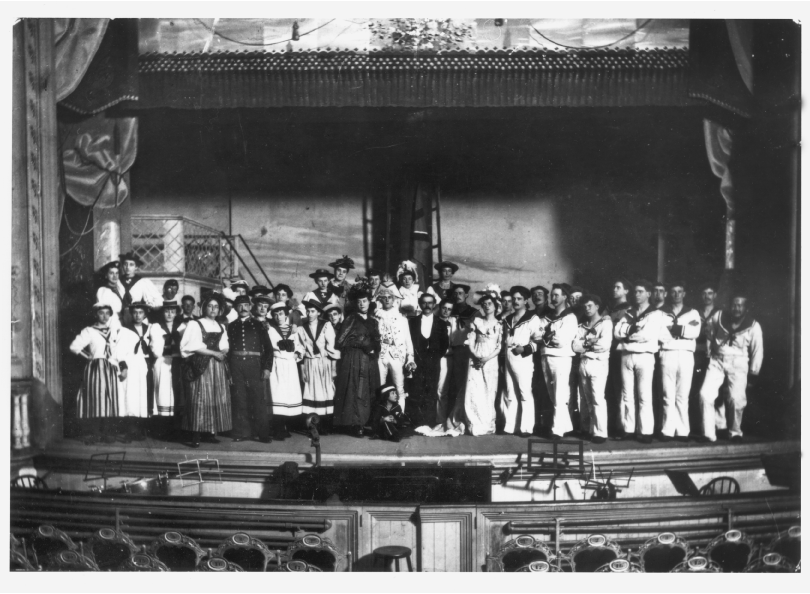 Advertisement for Hill's Opera House at Main and Ann. 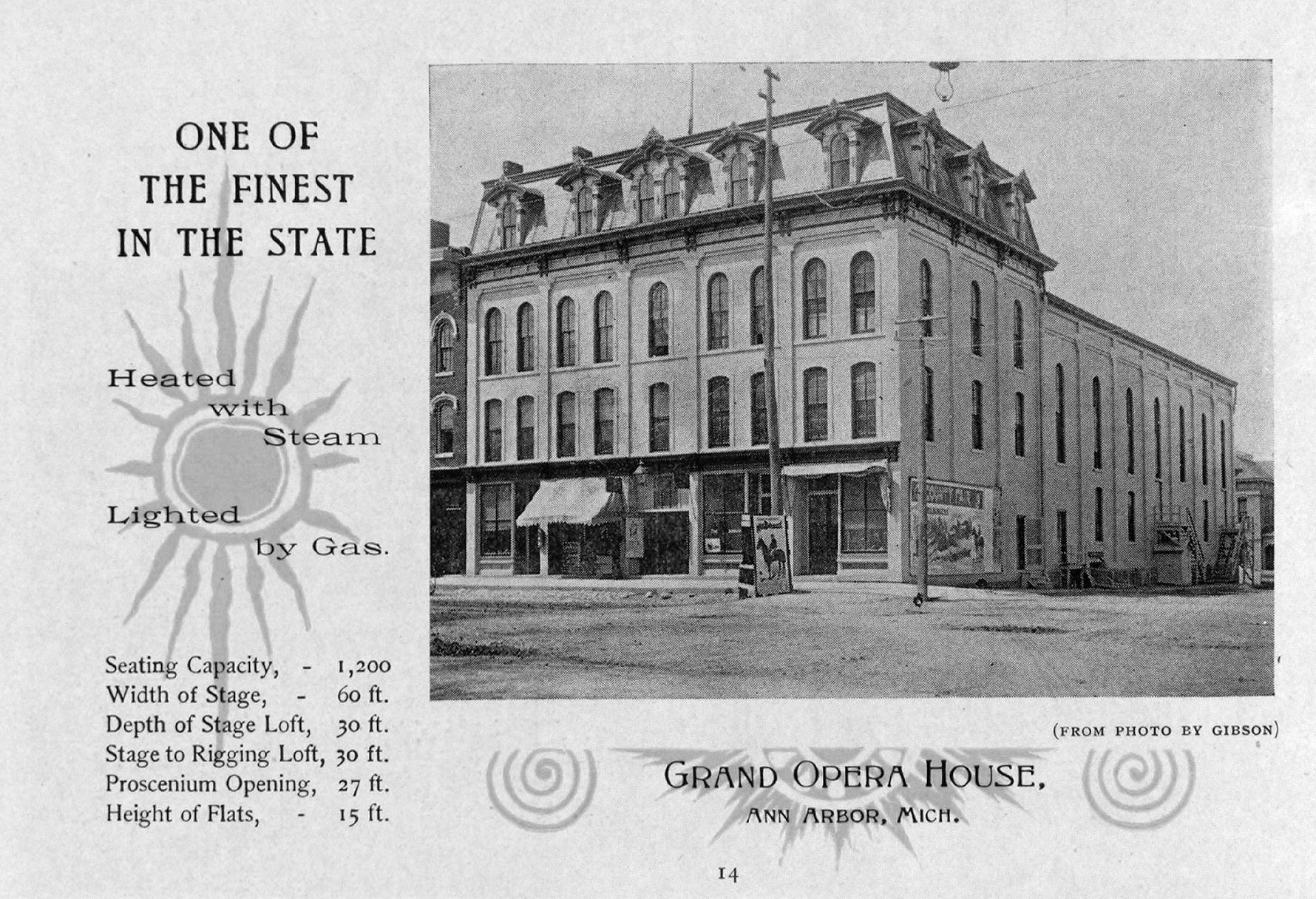 Ted Heusel, radio personality and actor, calls the Whitney Theater "an unbelievable gem." He says the Whitney, located on the corner of Main and Ann from 1908 to 1955, was "the theater of southeast Michigan. It had the most perfect acoustics. You could whisper on the stage and they could hear you." In its day, that stage hosted such greats as Sarah Bernhardt, Nijinsky, and the Barrymores. Today its site is a parking lot.