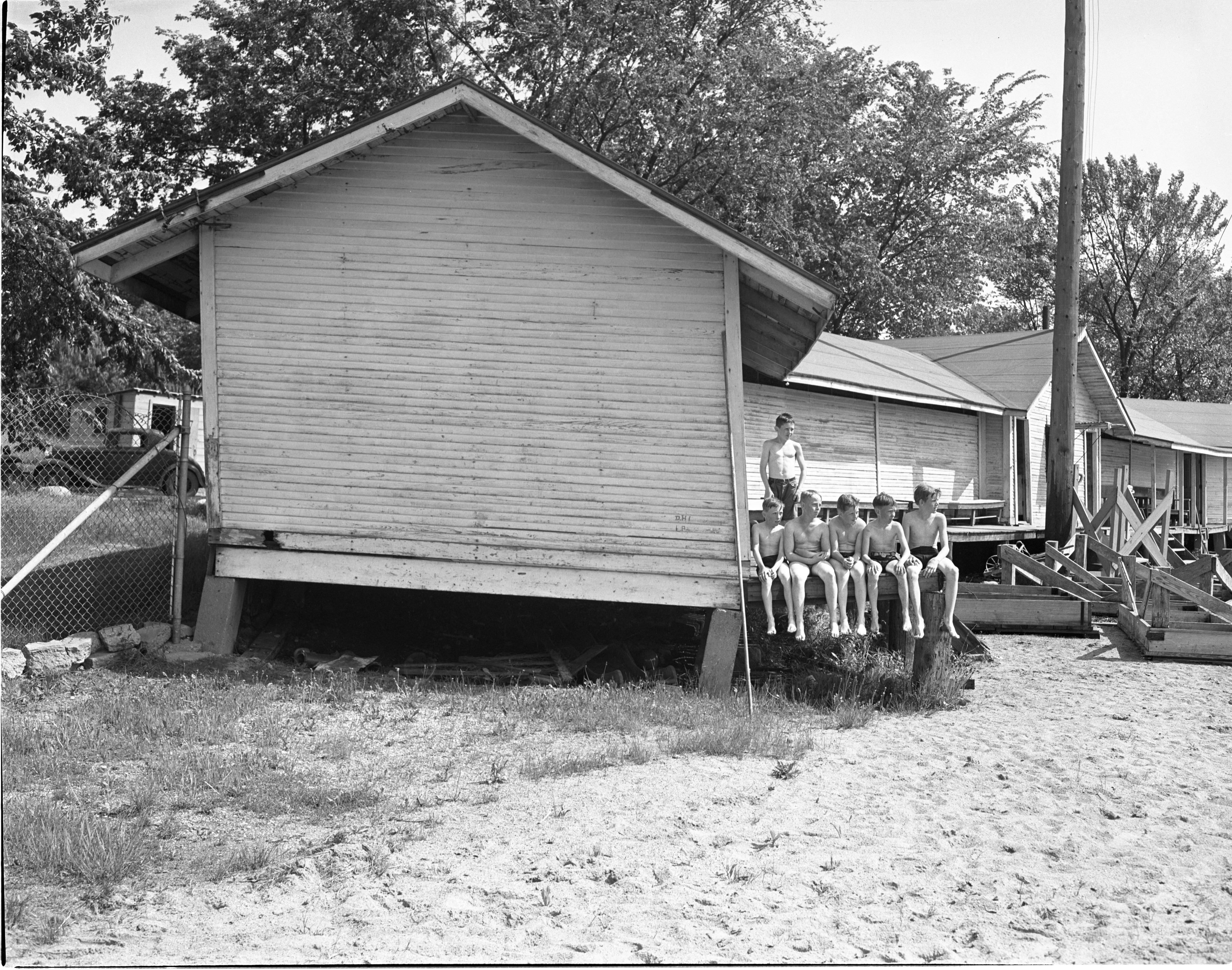 Published In
Ann Arbor News, June 13, 1940
Caption
RICKETY BATHHOUSE IS POPULAR: Although it gives the appearance of threatening to collapse in the face of a stiff wind, the "leaning" bathhouse at the municipal beach still accommodates hundreds of swimmers each day during the hot summer months.
Copyright
Copyright Protected 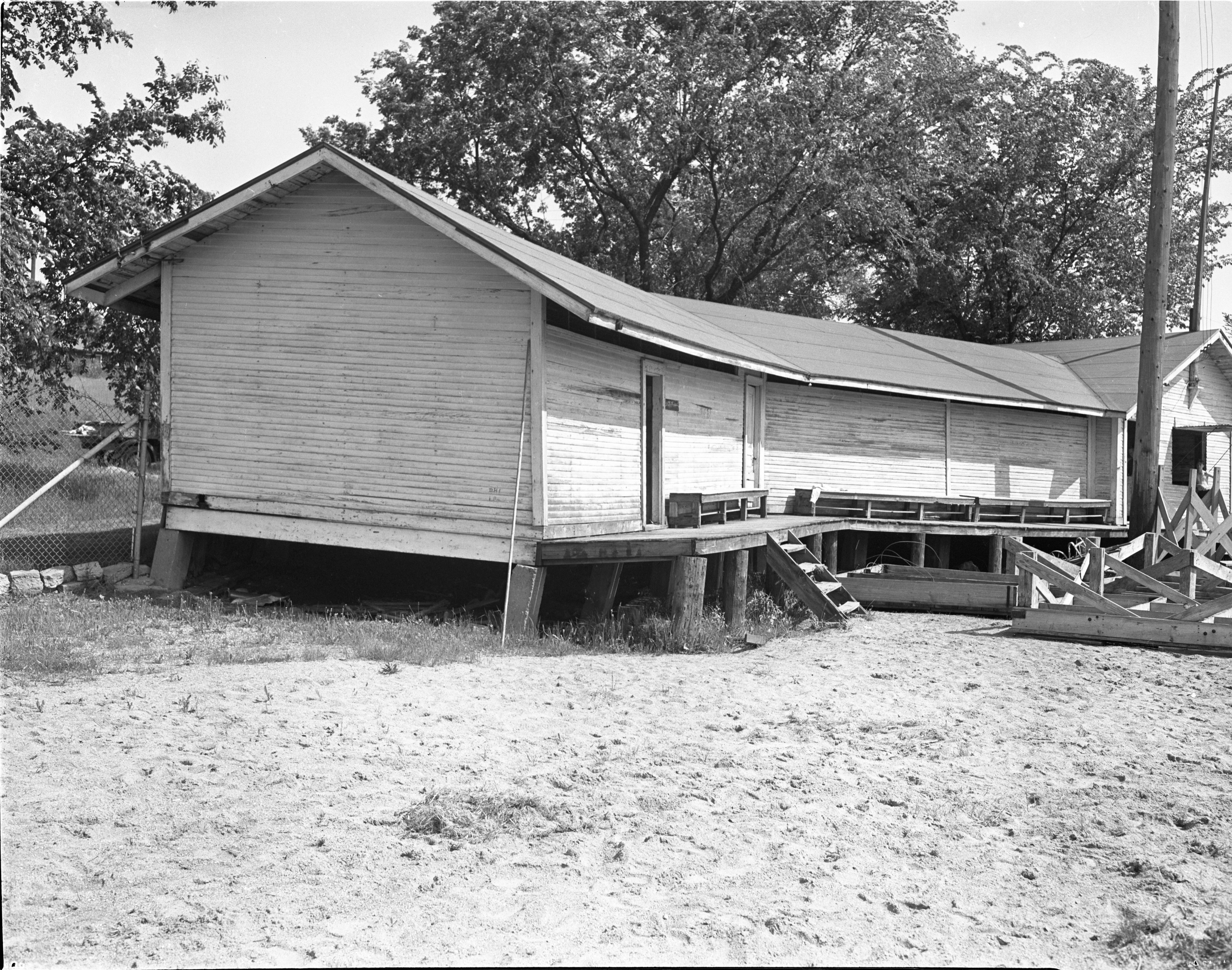 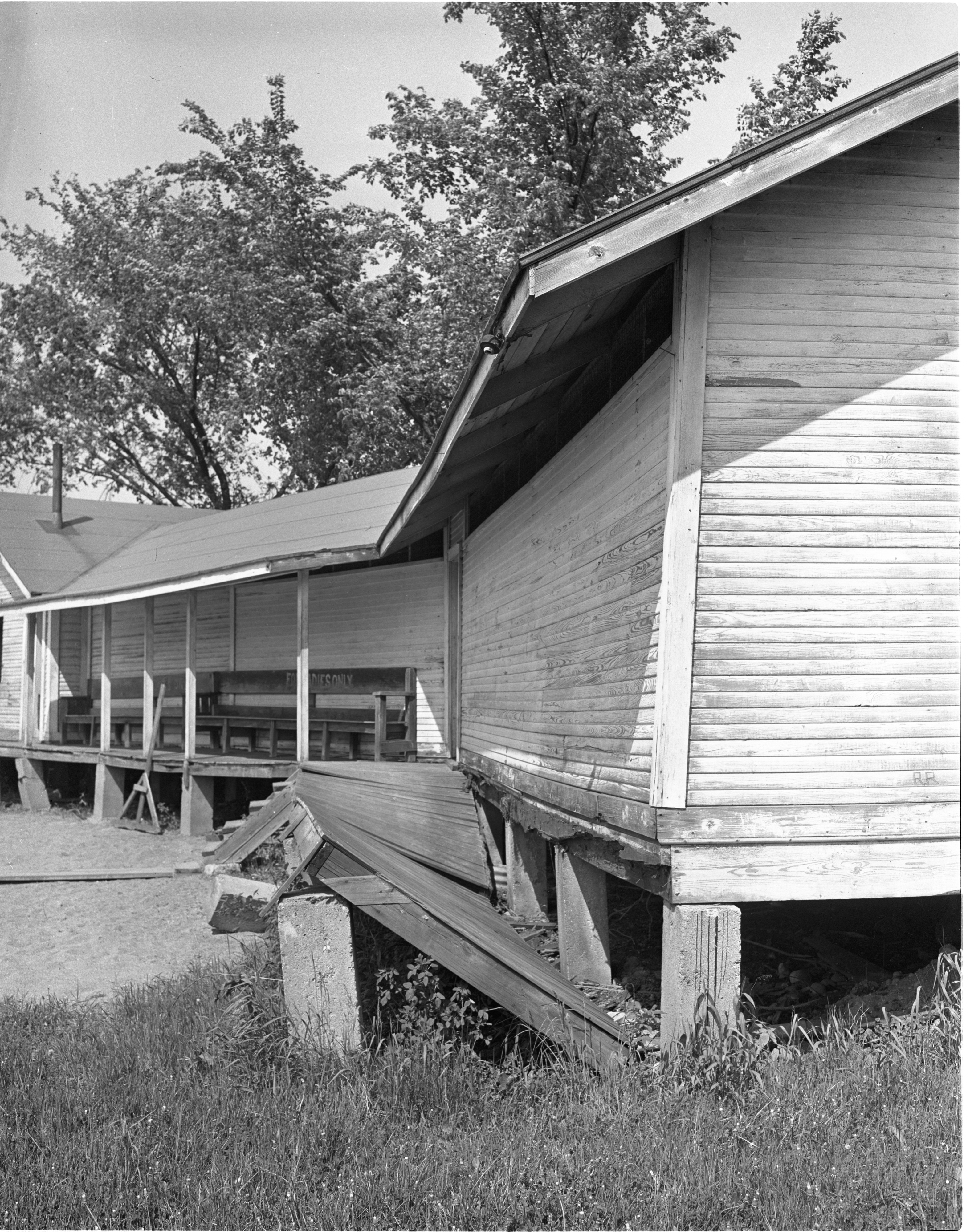 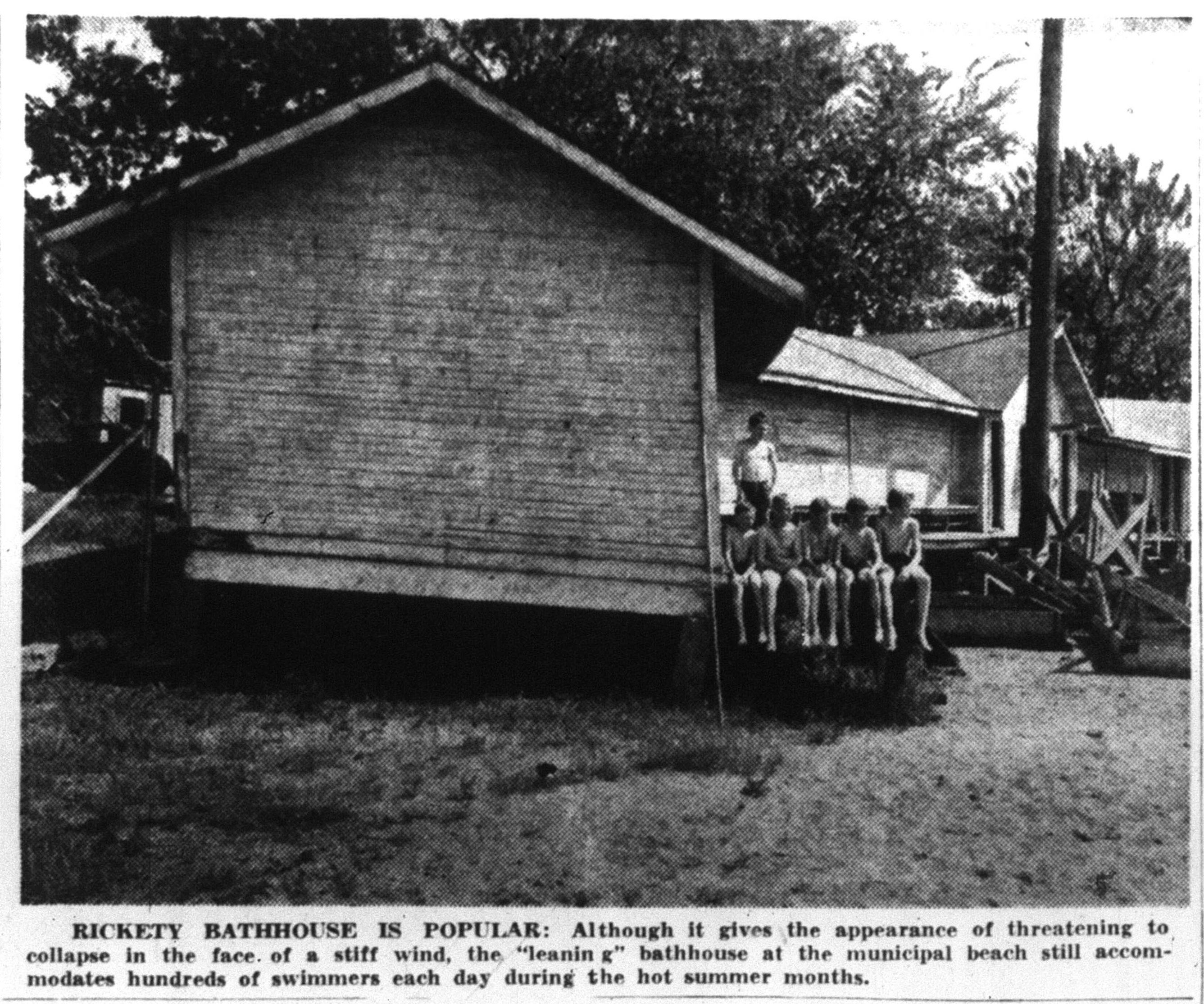 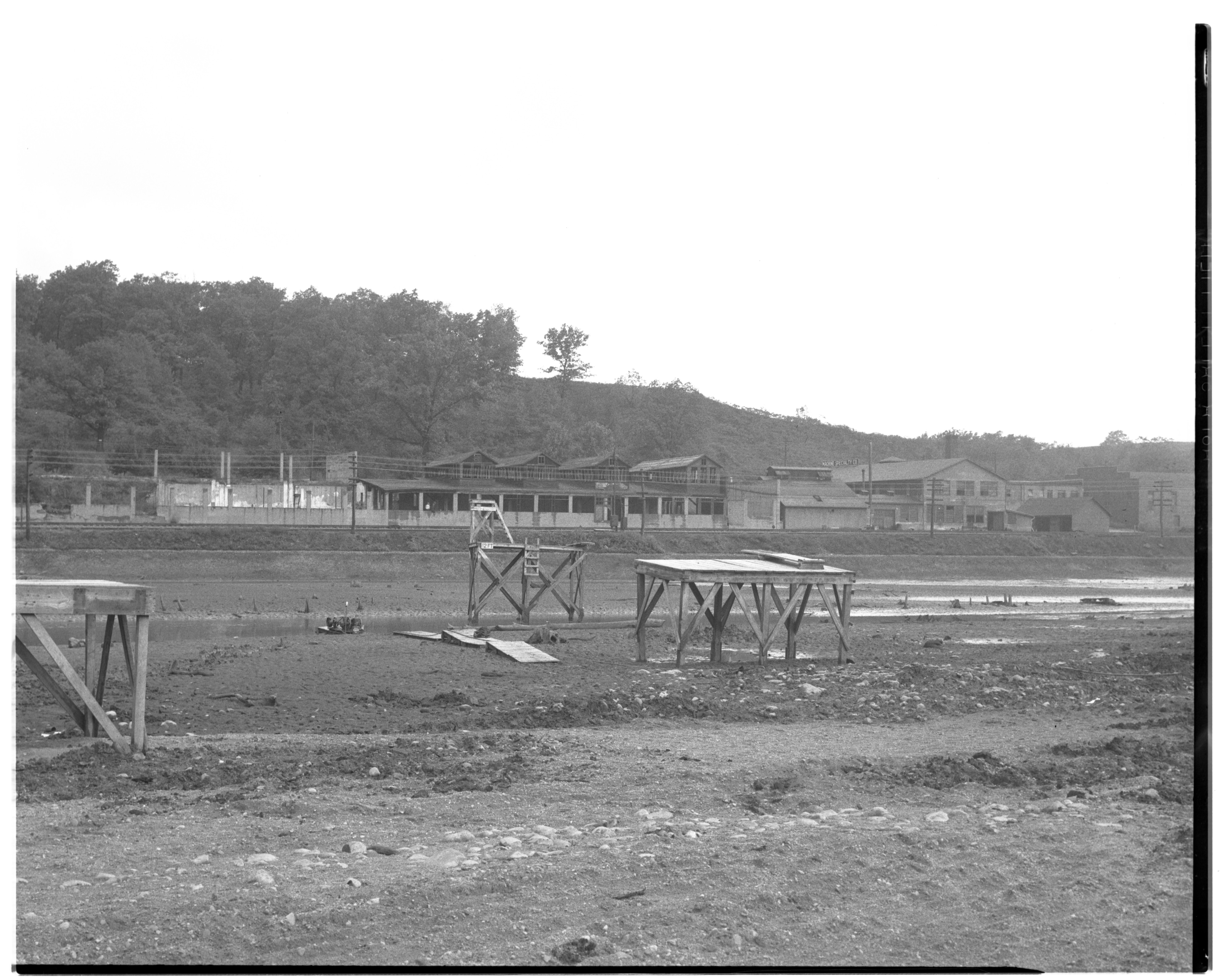 Published In
Ann Arbor News, September 23, 1936
Caption
OLD MAN RIVER HAS QUIT ROLLING: This desolate scene shows how the usually popular municipal bathing beach on the Huron River appears when the river bed is exposed. The Detroit Edison Co. emptied the water to permit repairs on the Argo dam, and the city is taking advantage of the occasion by spending $1,000 to improve the beach. The view here is taken from the east side of the river.
Copyright
Copyright Protected 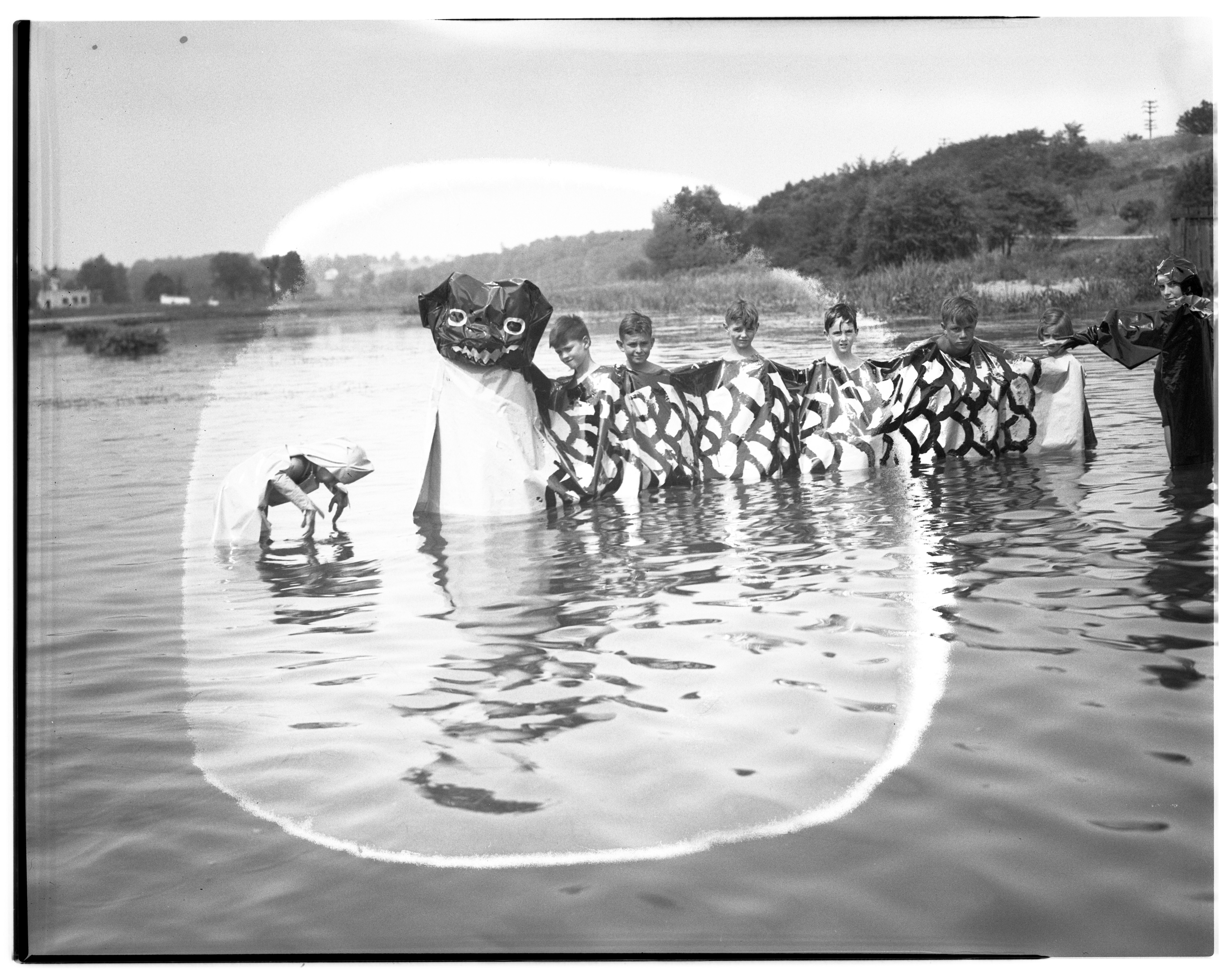 Published In
Ann Arbor News, August 10, 1936
Caption
CARNIVAL NOVELTIES: The frog, sea serpent and seal pictured here are among the novelties which will be seen at the water carnival at 8:15 tomorrow night at the municipal bathing beach. Jessie Fyfe is in the frog costume at the left, while serpent is formed by Jack Fyfe (in the head), Douglas Swift, Edwin Zill, Robert Hollway, John McCarthy, Clarence Plickton and Dorothy Curd. At the right is Geraldine Frederick as a seal.
Copyright
Copyright Protected 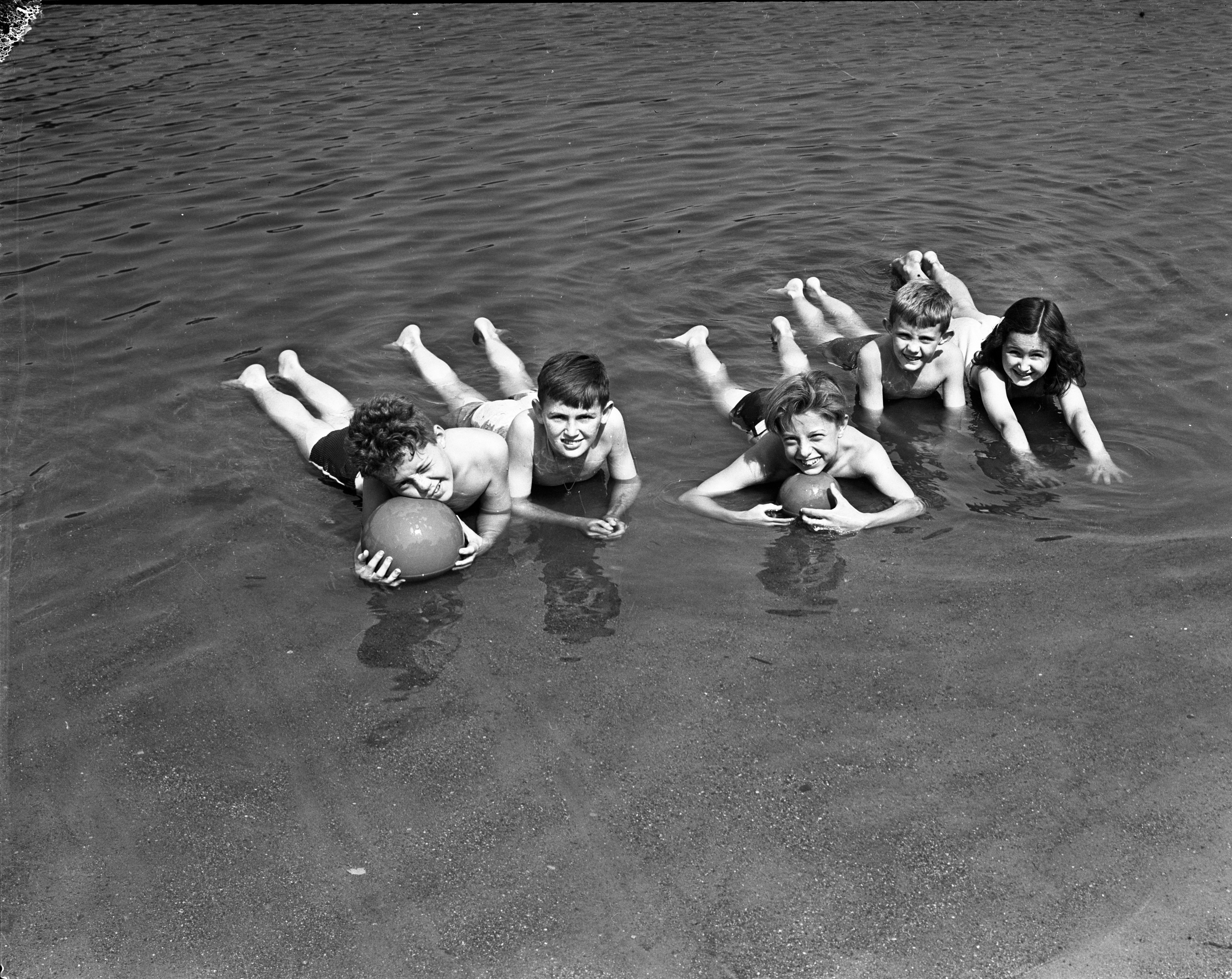 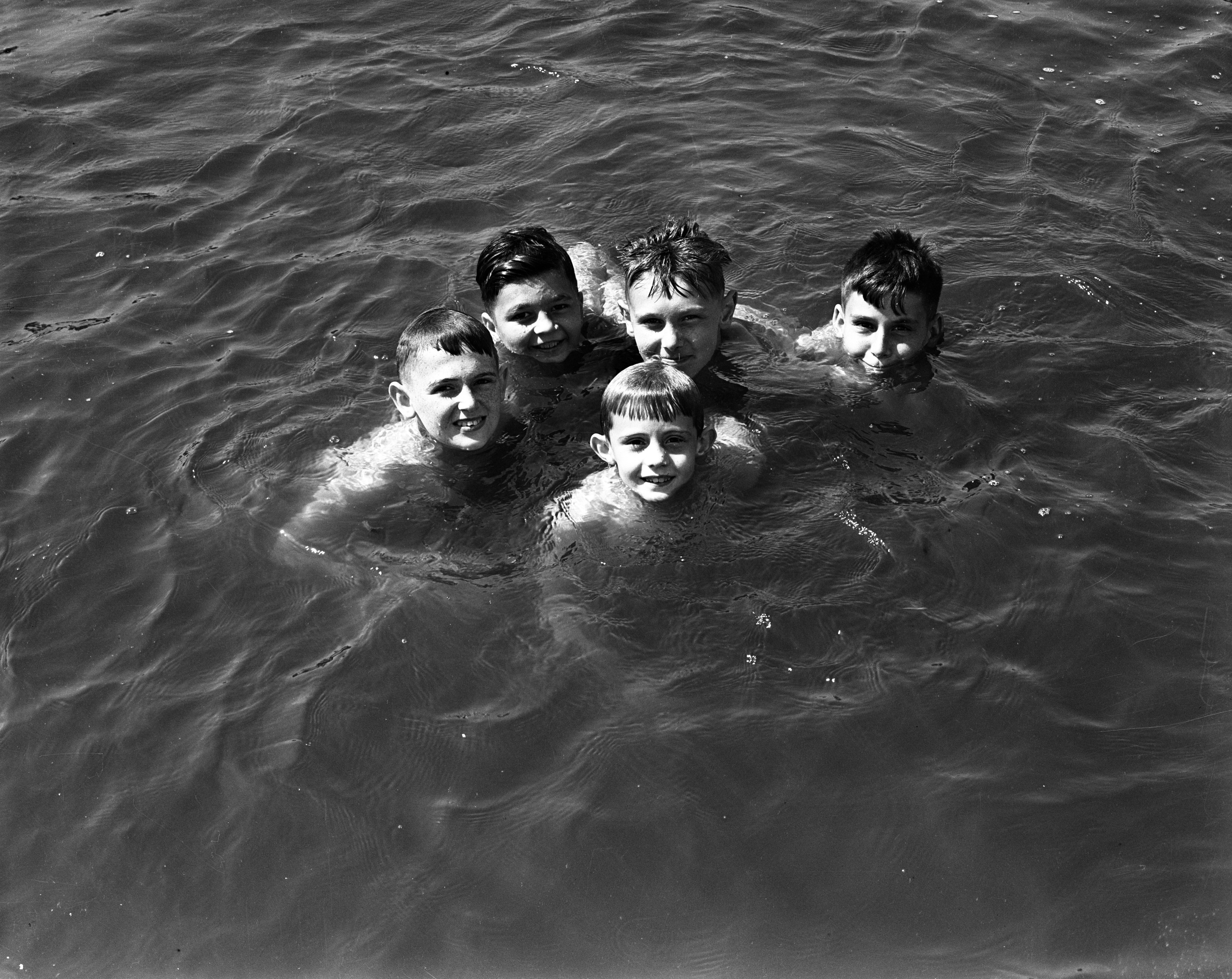 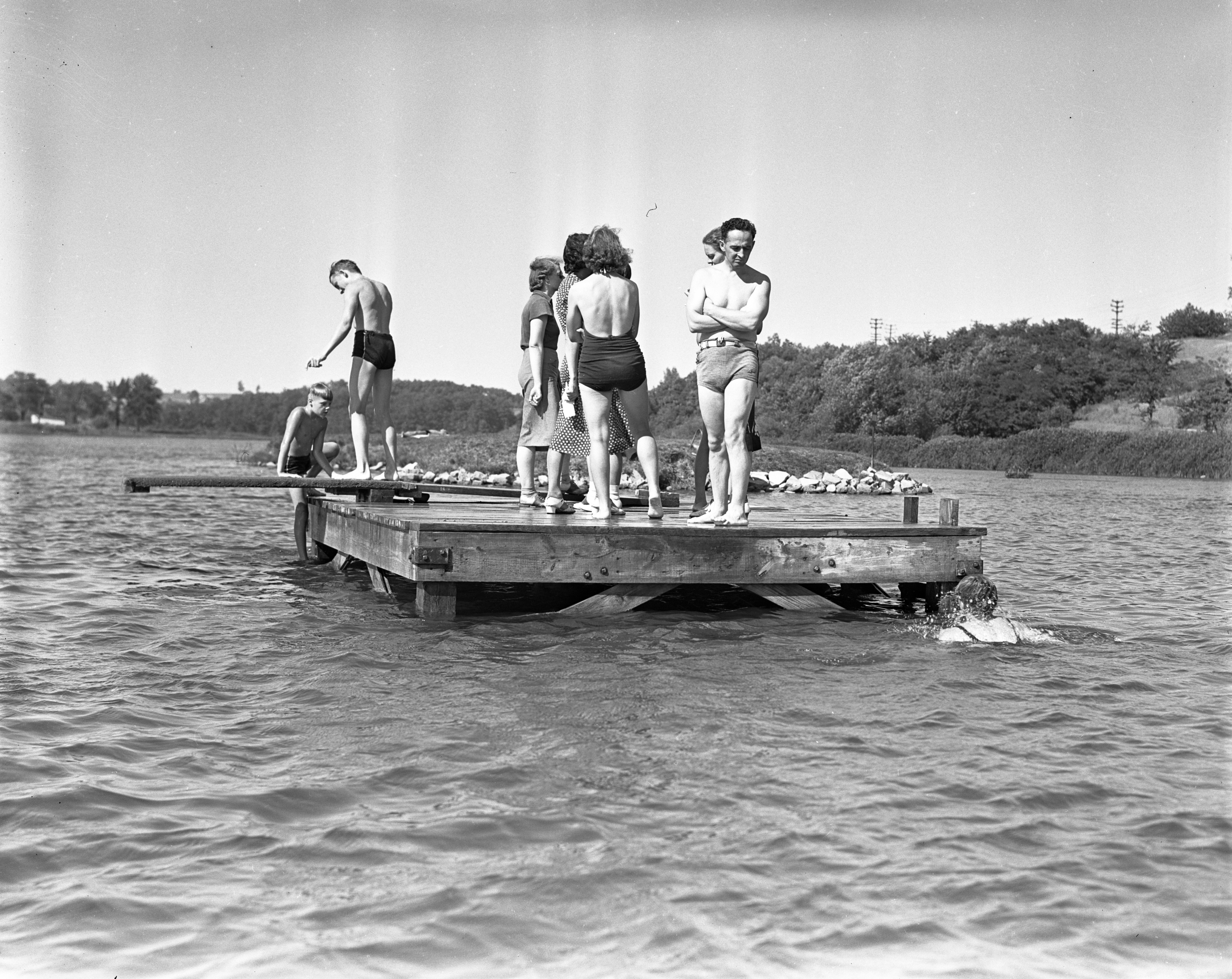 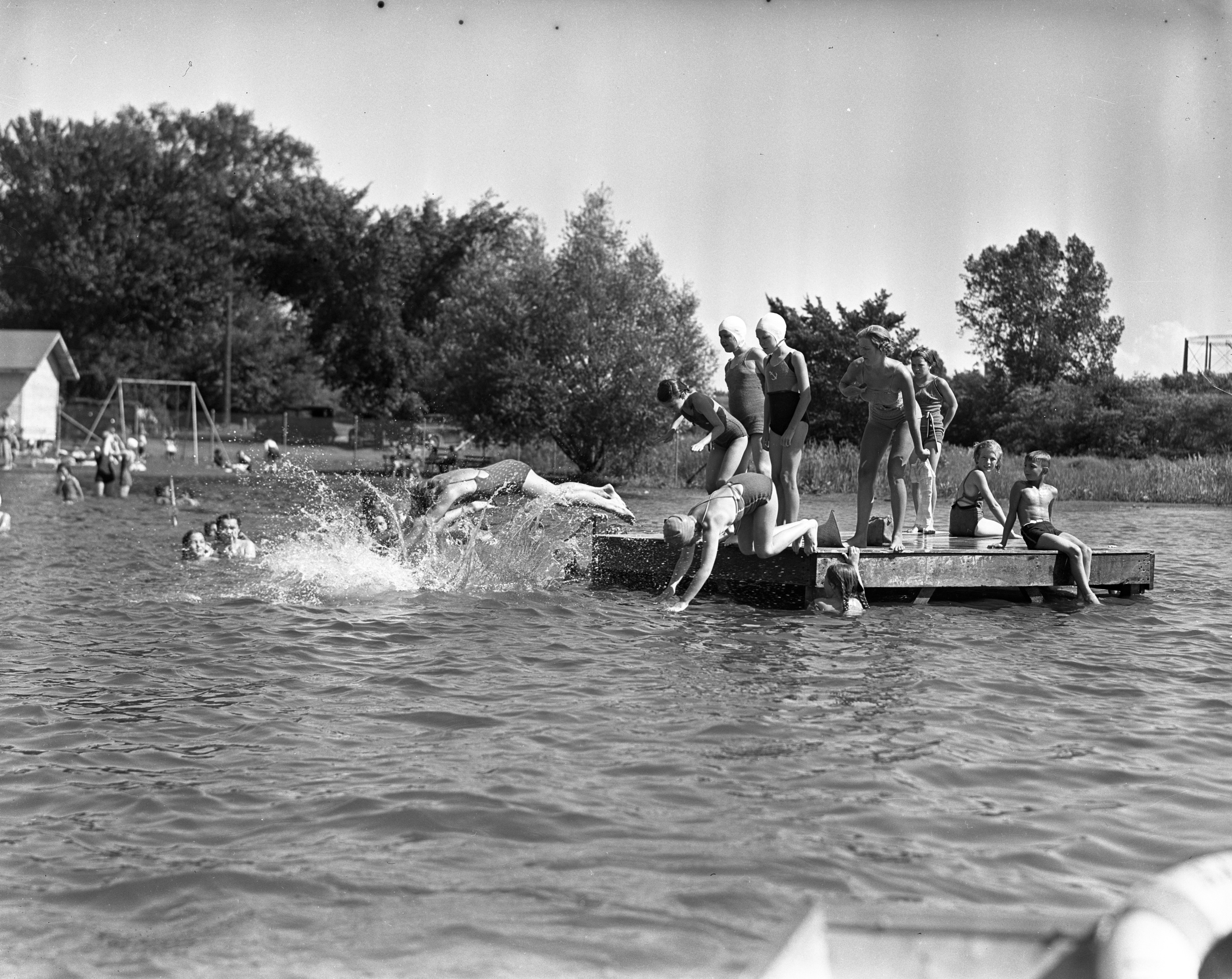